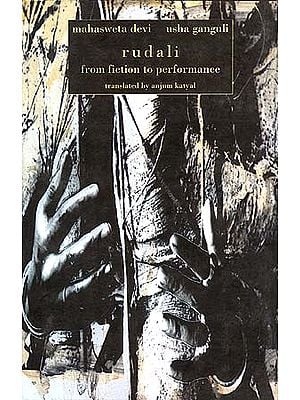 Rudali: From Fiction to Performance

Mahasweta Devi is widely acknowledged as one of India's foremost writers. Her trenchant, powerful, satiric fiction has won her recognition in the form of the Sahitya Akademi (1979) and Jnanpith (1996) awards, amongst several other literary honours. She was also awarded the Padmasree in 1986, for her activist work amongst dispossessed tribal communities.

"Rudali" is a powerful short story written by Mahasweta Devi. Revolving around the life of Sanichari, a poor, lowcaste village woman, it is an acidly ironic tale of exploitation and struggle, and above all, of survival. In 1992 it was adapted into a play by Usha Ganguli, a leading theatre director of Calcutta, and instantly became one of the most acclaimed productions of its time.

In both incarnations of "Rudali", it has been a woman who has wrought and re-wrought this text, which revolves around the life of a woman; and each version of "Rudali" can be read as an important feminist text for contemporary India. Both the short story and the play are included in this volume, along with an introductory essay that studies how and why the versions are different and what the changes signify, leading to an analysis of how the metapmorphosis of "Rudali" allows us to address the simultaneity and asymmetry of feminist positions in this country today.

Anjum Katyal, who has translated and introduced the texts in this volume, is a writer and editor based in Calcutta.