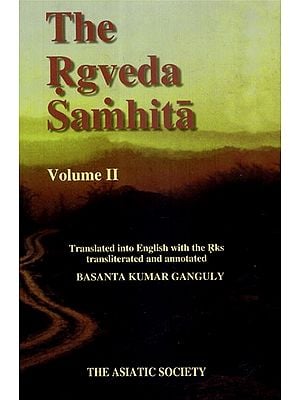 The Rgveda Samhita: Volume II (With Transliteration and Translation)

FREE Delivery
$47
Quantity
Ships in 1-3 days
Notify me when this item is available
About the Book
Rgveda, the oldest literary document of the world, is the transcendental language of prayers and hymns to glorify the elemental deities.

Basanta Kumar Ganguly has translated and annotated the entire Rgveda in the light of his own mature experience. He has evinced considerable originality by differing from the traditional commentary of Warm. What makes the work unique is that it contains the huge Rgveda in Roman transliteration. This is particularly attractive to foreign scholars.

This is a work of author's Herculean effort to grasp the real sense of the rks and to take an integral view of the entire Rgveda where the rsis recorded their experiences of the pilgrimages from mortality to immortality.

In the Introductory part of this work printed in Volume One, which is a real treasure, he interprets Rgveda thematically in his expressive and lucid language and differs greatly from the annotations of the traditional commentators as well as the European scholars which opens a new threshold to the readers of philosophy and Indian antiquity.

Author's explanatory notes emerged from his unique philosophical concept on the mystical and abstruse words. The elucidation of Vedic symbolism will benefit a modern reader endowed with a rational bent of mind to be adequately equipped for understanding the hymns as well as to have a glimpse of the radiance of Vedic scripture.

About the Author
Basanta Kumar Ganguly was born on 16th December, 1916 at Mahesh near Serampore in West Bengal in an intellectually inclined Bengal in an intellectually inclined Bengali Brahmin family. He completed his schooling in the 1930s attending the village school. After securing a diploma in technology, he started his career as a draftsman in the Central Government service. In his mid-forties he developed a taste for philosophy and started studying the New Testament, and then gradually Upanisads, Bhagavadgita and the Vedas with the Original Sanskrit text. After his Superannuation in 1973, as Principal Scientific Officer of Ordnance Factories in the Ministry of Defence, Govt. of India, he devoted entirely to translate and explain the text in his own untraditional way. This unique book is an outcome of the author's twenty-four years' laborious and painstaking effort.

He passed away in 1999 leaving this only book where he remains and will remain ever present with all his outstanding individuality.

Foreword
The Rgveda Samhita is the collection of one thousand twenty-eight hymns, called saktas, perfect lauds. Each hymn is a collection of a number of rks, lauding the god of the hymn in verse. There are ten thousand five hundred fifty-two rks in the Rgveda. These hymns are arranged in ten books of unequal lengths. First book was published as volume I in August 2004. The next three books (book two, three and four) are now published in volume II. Remaining books are in press and would be published in next two volumes.

"I wish to share my discovery", as the translator writes, "with my readers to spare them the frustration, the time, the effort, the expense I had to undergo to satisfy my birth right to a reasonably correct interpretation of the nation's supreme scripture, the supreme heritage. ... I therefore felt that it would be easier for my readers and the book, if ever published, would have a larger circle of readers, if it were written in English and the rks were transliterated. Though the padapatha has been followed in the transliteration of the rks, certain basic rules of writing Sanskrit have been retained so that the rks could still be read as verse." Accordingly he did the same.

The first volume is in demand. This volume, I am sure, would meet the demand of the scholars in the field. 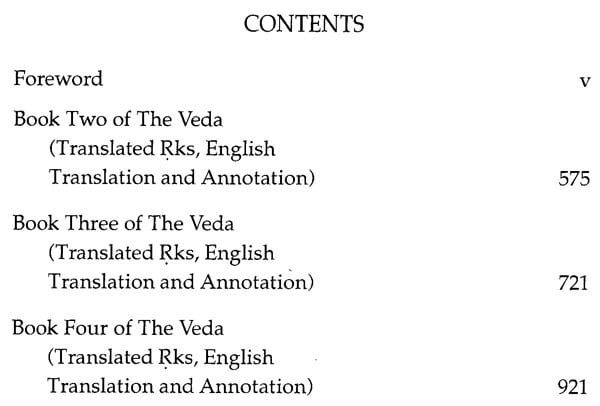 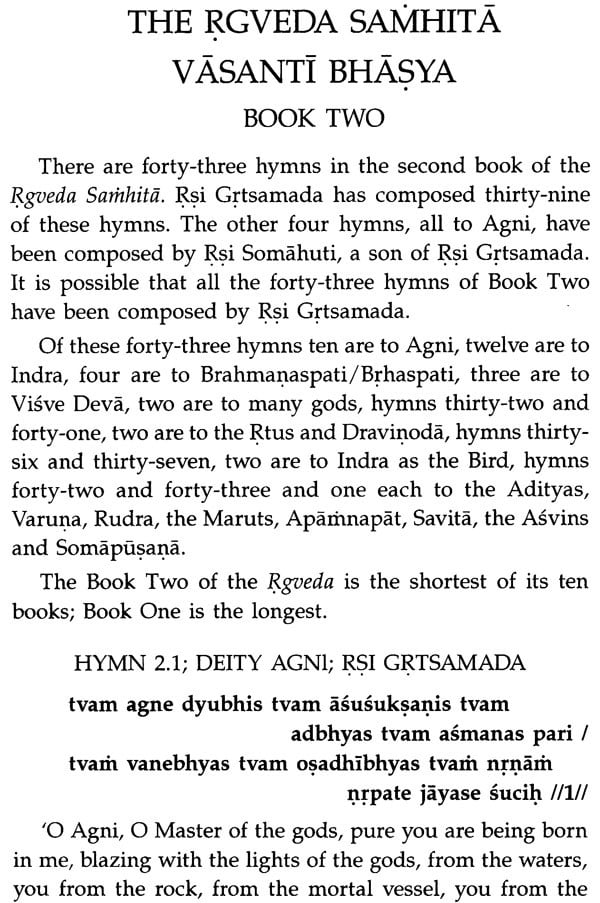 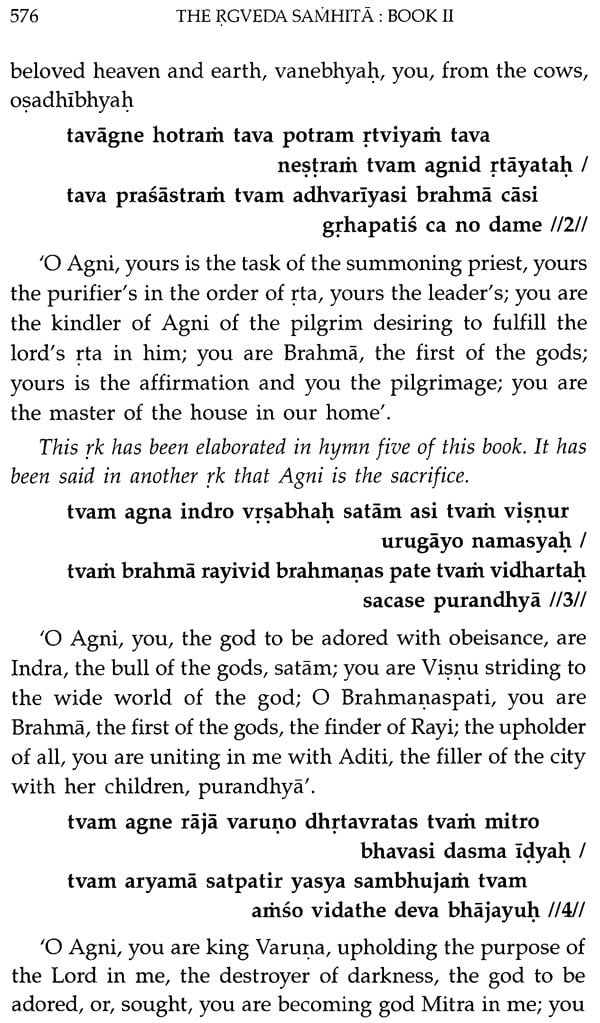 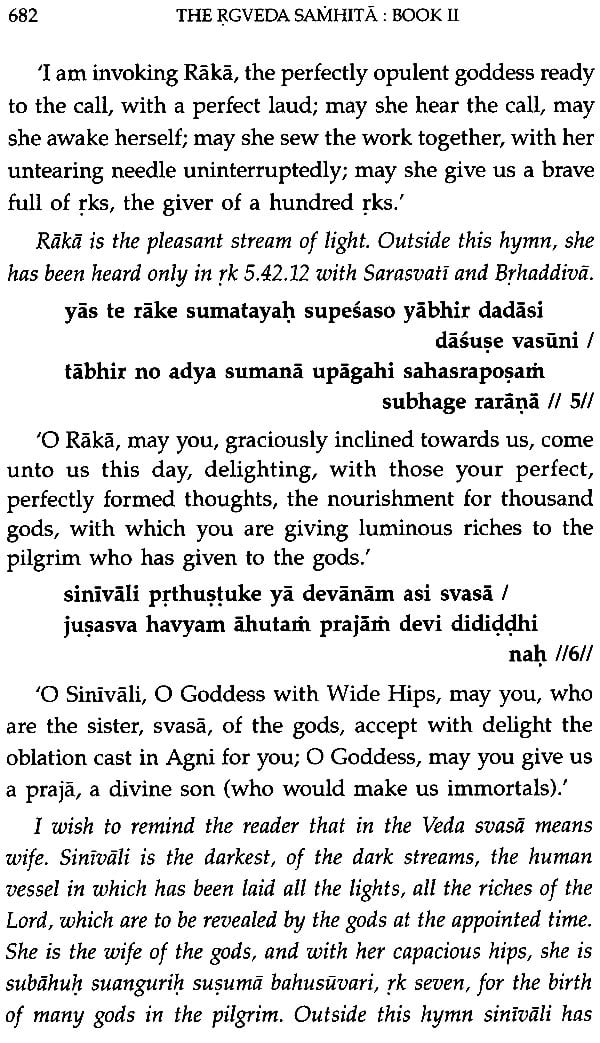 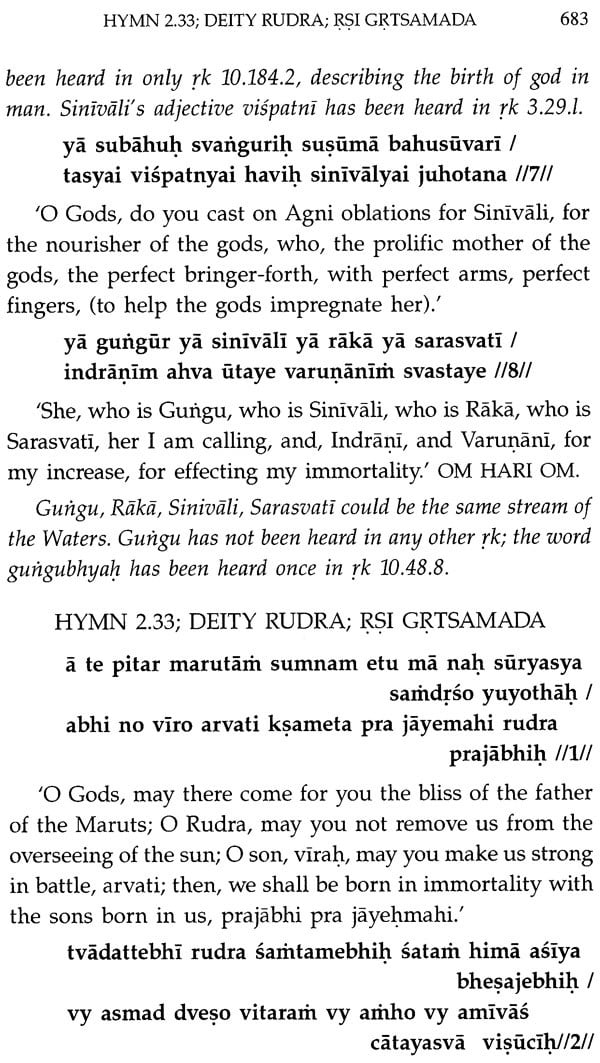 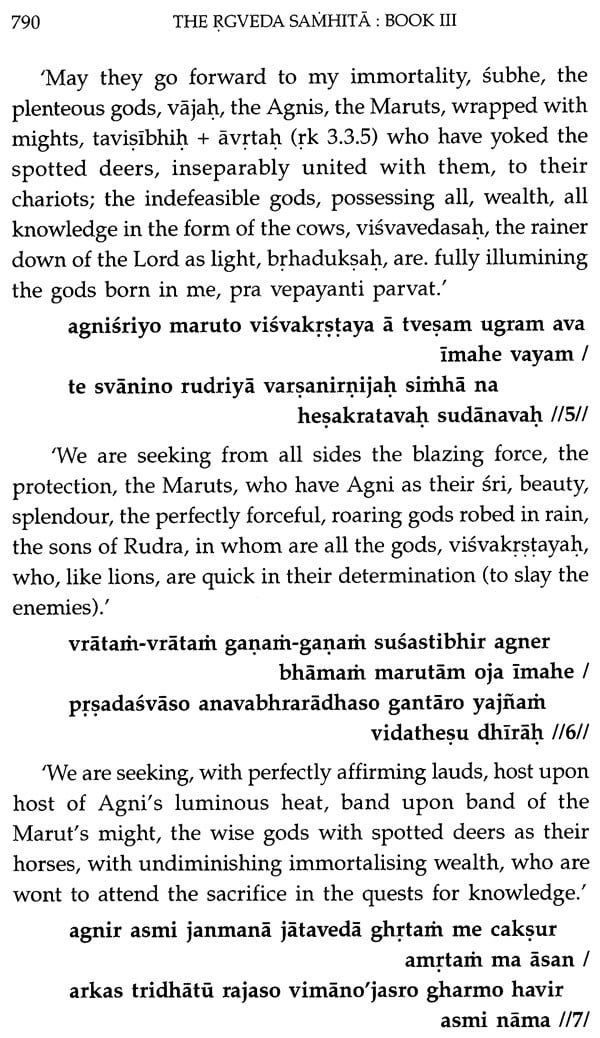 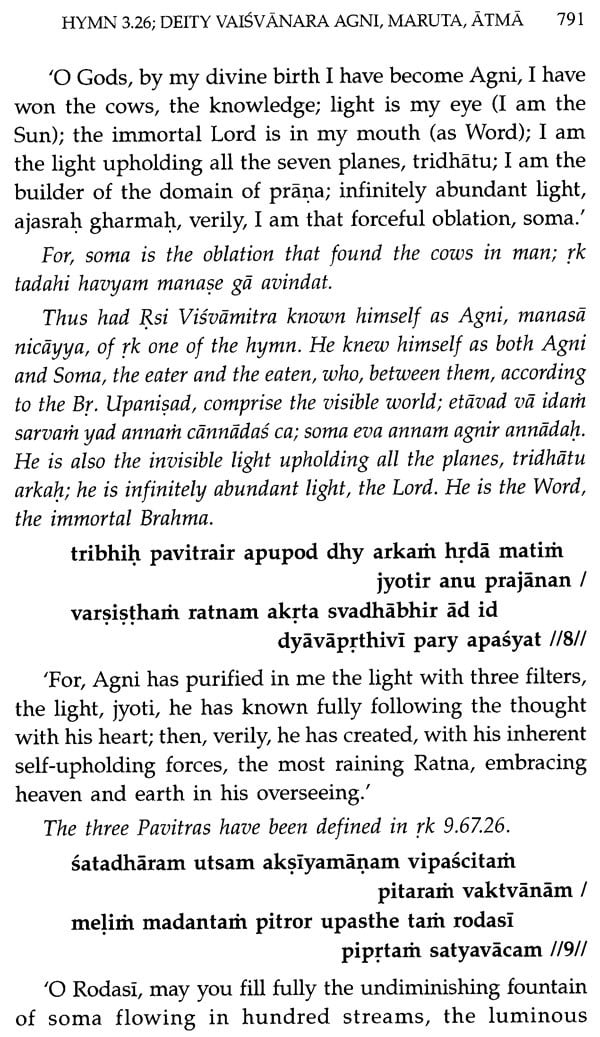 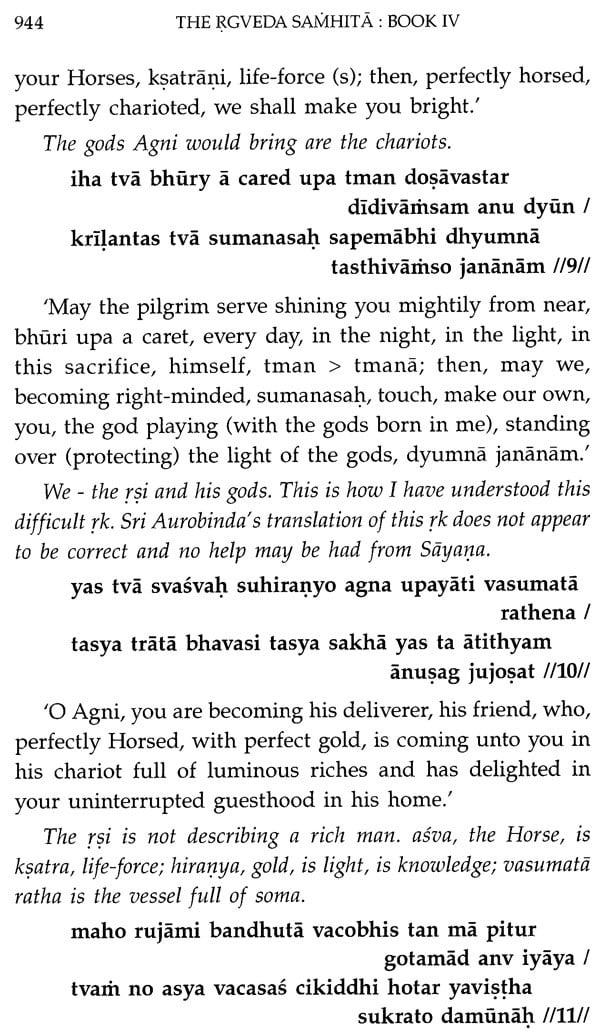 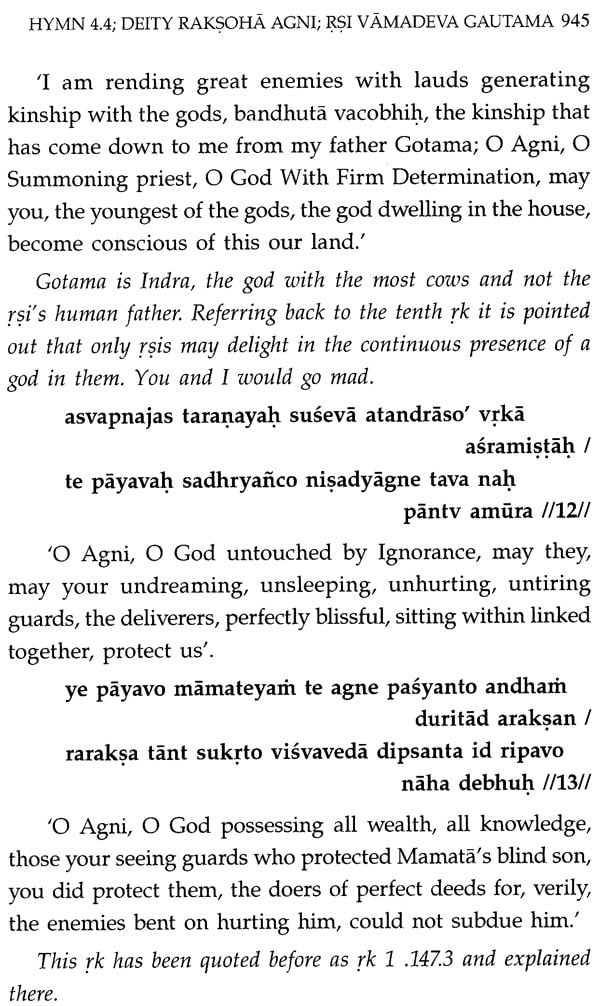 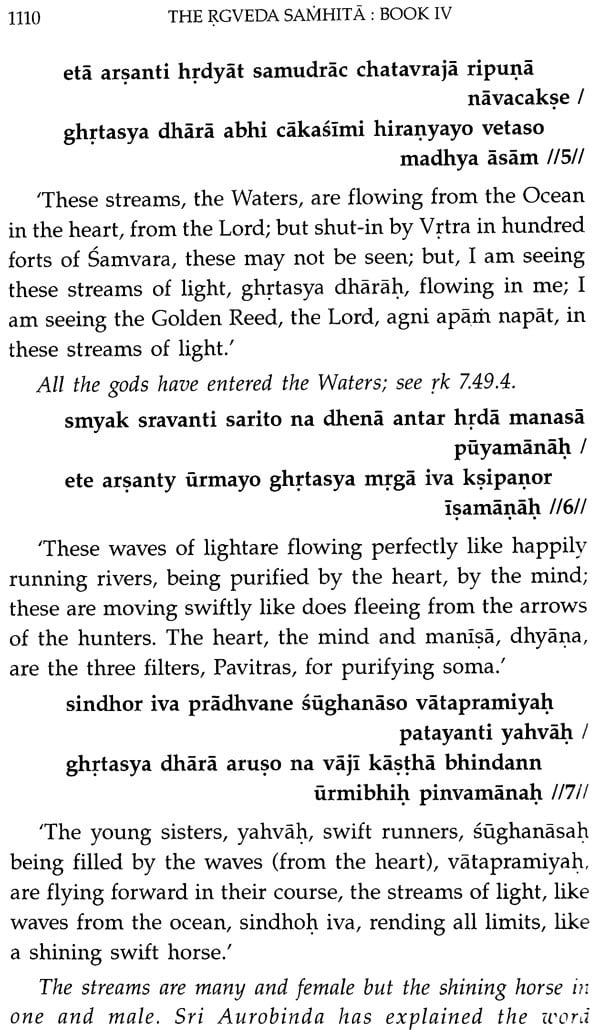 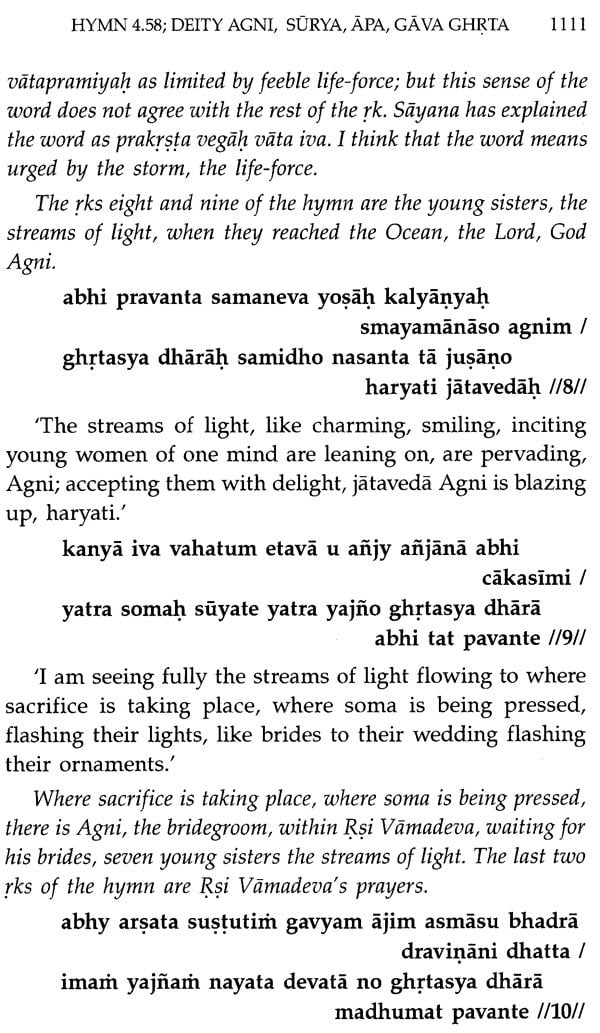 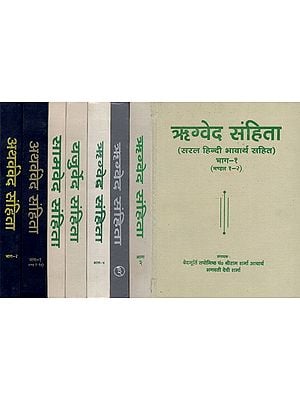 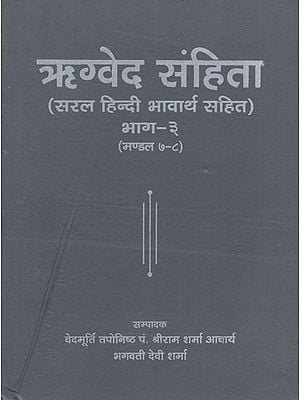 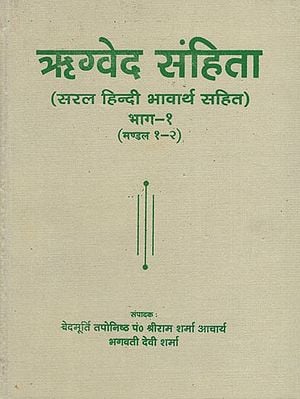 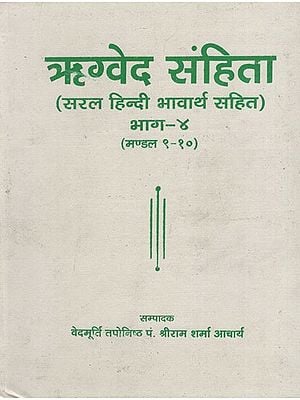 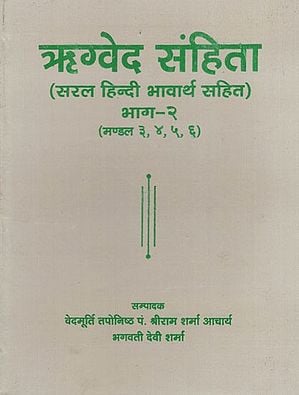 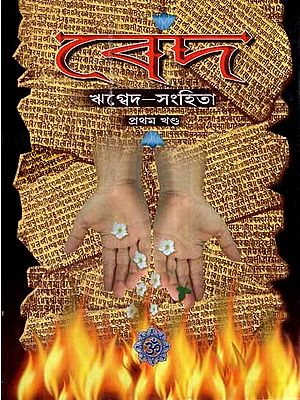 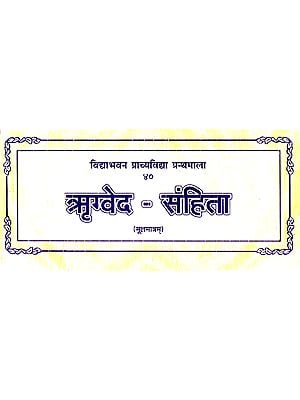 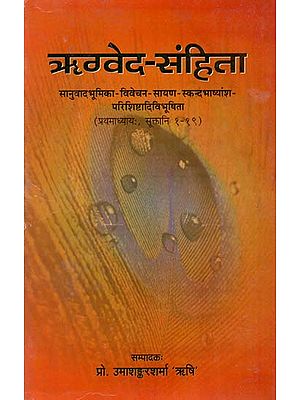 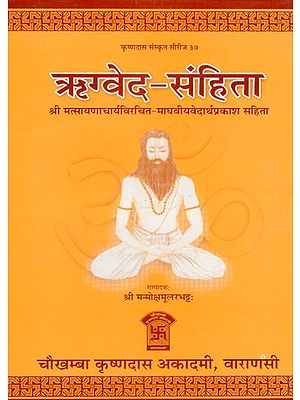 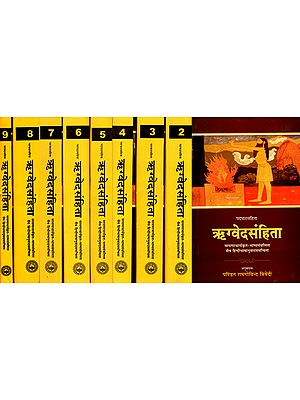