The series, Way to God in Sikhism by Maneshwar Singh Chahal, as been widely acclaimed for its lucid prose and deep insight in explaining the message of the Guru. The elucidation initiated in the first book of the series, the Japji Sahib, is continued here in the fourth book, where the author offers an in-depth explanation and a well-reasoned commentary of the Evening Prayers, the Rehras Sahib and the Sohila. The commentary is as detailed and engrossing as the previous books have been and the reader will find the book uplifting and enlightening.

Maneshwar S. Chahal has an honours degree in English Literature, a degree in Engineering and a Masters in Public Administration. He has been an army officer, a senior bureaucrat in the IAS, CMD of the Punjab & Sind Bank, and a member of the State Human Rights Commission in Punjab. In the midst of these multifarious roles, he has continued to be a deeply devoted student of Spirituality, especially of the intensely humanistic Sikh Religion. His series 'Way to God in Sikhism' offers a lucid and easy-to-understand delineation of the Spiritual path in the context of the Sikh belief system. Starting with the Japji Sahib, it has been warmly welcomed and much appreciated by scholars and lay readers alike.

The prescription of precisely defined prayers, and the time and frequency for reciting these, is an inevitable part of any organised religion. Thus, the Hindu has his morning and evening rituals, along with numerous observances of eating restrictions and dress prescriptions. The Muslim has his five daily prayers, or Namaz, to be recited at prescribed times and in a specific fashion, facing the Mecca, which is to the West for the Muslims in most of Asia. In the same way, the Sikh is required to follow a certain discipline with regard to his prayer regimen. It is commanded of a Sikh, as part of the daily code of conduct, to follow the Nitnem, which literally translates as `daily routine'. The Ardas is treated as an integral part of this routine and recited at the conclusion of the prayers both in the morning and in the evening. The Rehras Sahib is the first of the two evening prayers, the other being the Sohila, which is often called Kirtan Sohila; probably because it is usually sung to music and not merely recited.

It would be relevant here to see how the presently prescribed code of conduct came into existence. There are numerous Rehatnamas written at various times in Sikh history; many dated from soon after the passing of Guru Gobind Singh. These lay down various prescriptions, some extremely detailed, a few more general in nature. As a result, the question of what should be the code of conduct, or Rehat, for a true Sikh had become a matter of convention and custom, and there inevitably was scope for different interpretations of what was required of a Sikh in his daily life, both in observance of his religious customs as also in his social interaction. The leaders of the community wisely decided, therefore, to take steps to standardise the practices and provide a uniform code to leave no doubt as to what every Sikh was required to do as a member of the Sikh Panth. The result of this initiative was the code, called the Rehat Maryssa that currently governs the daily life of a practicing Sikh.

For this purpose the representative elected body of the community, the Shiromani Gurdwara Prabandhak Committee (SGPC), set in motion, in 1931, a comprehensive process of consultation with eminent Sikh scholars and other persons who were important in the religious and social fields among the Sikhs. As we have noted above there were prevalent at that time many Rehatna-mas, guidelines for conduct, but there was no single document that could be seen as authoritatively laying down the code of conduct for the Sikh nation. The consultative process was intended to synthesise and standardise these practices based on the existing Rehatnamas, as also the then existing practices, to achieve as much uniformity of opinion as was possible. The process was, inevitably, long and there were many references back and forth between various Sikh organisations. At the end of it, after nearly 15 years of hard work, there emerged the present Rehat Maryada, a document that neatly synthesised the various viewpoints. This Rehat Maryada was adopted formally in 1946. It prescribed various practices for guiding the Sikh through his daily interactions, and laid down, inter alia, the form of prayers, to be followed uniformly by all practicing Sikhs. For a body of men that aspires to be called a nation homogeneity in this respect is as essential as any other social prescription. This set of prayers thus prescribed is called the Nitnem. Article IV of the Rehat Maryeida, reproduced verbatim below, tells us precisely the time and mode of the prayers to be recited.

Article IV:- (1) A Sikh should wake up in the ambrosial hours (three hours before dawn), take bath, and, concentrating his/her thoughts on One Immortal Being, repeat the name Waheguru (Wondrous Destroyer of Darkness).

(i) The nine hymns of the Guru Granth Sahib, occurring in the holy book after the Japji Sahib, the first of which begins with "Sodar" and the last of which ends with "saran pare ki rakho sarma", 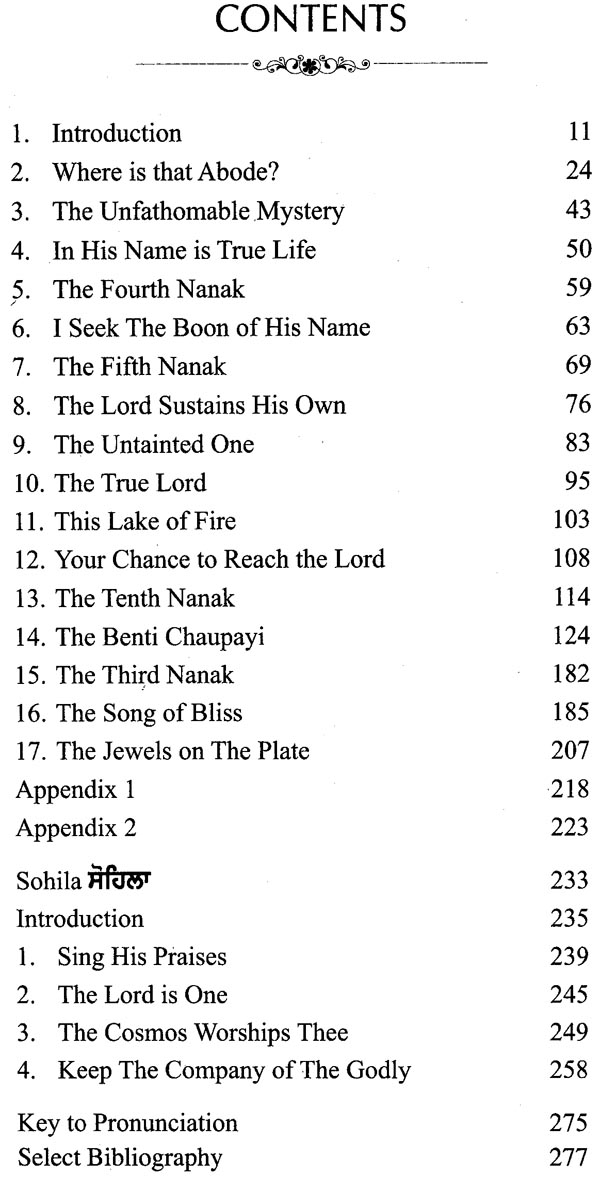 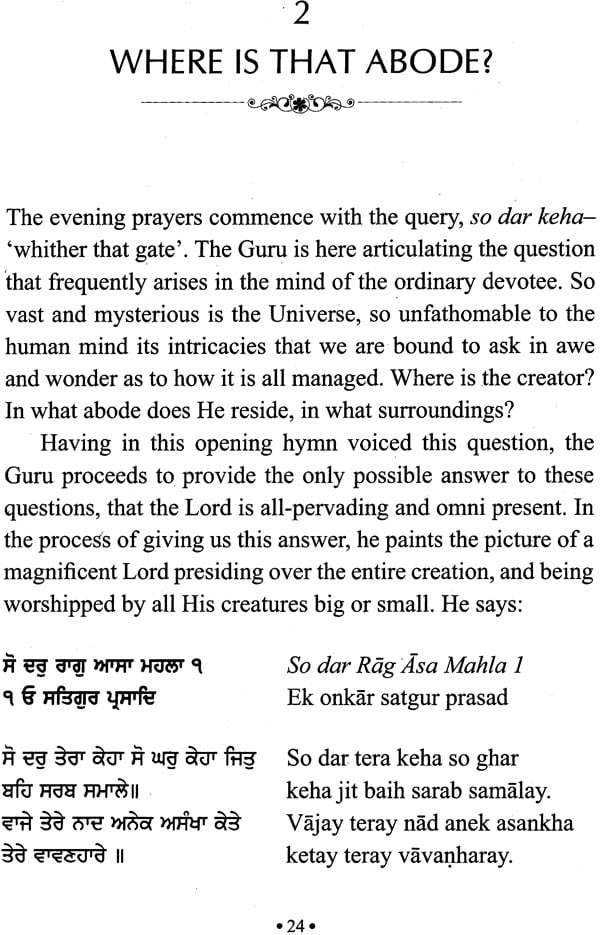 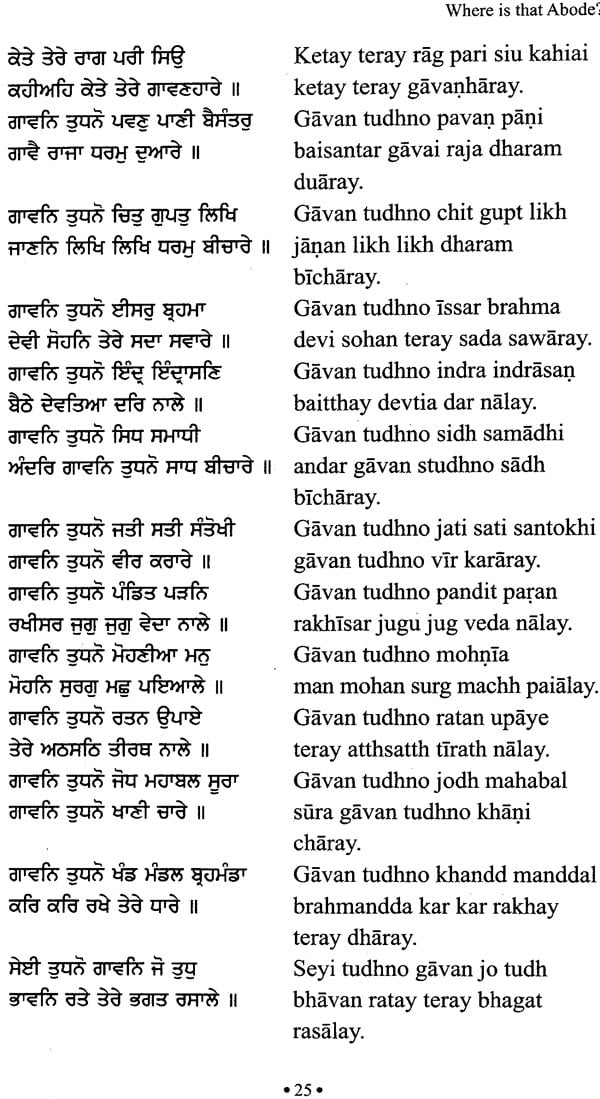 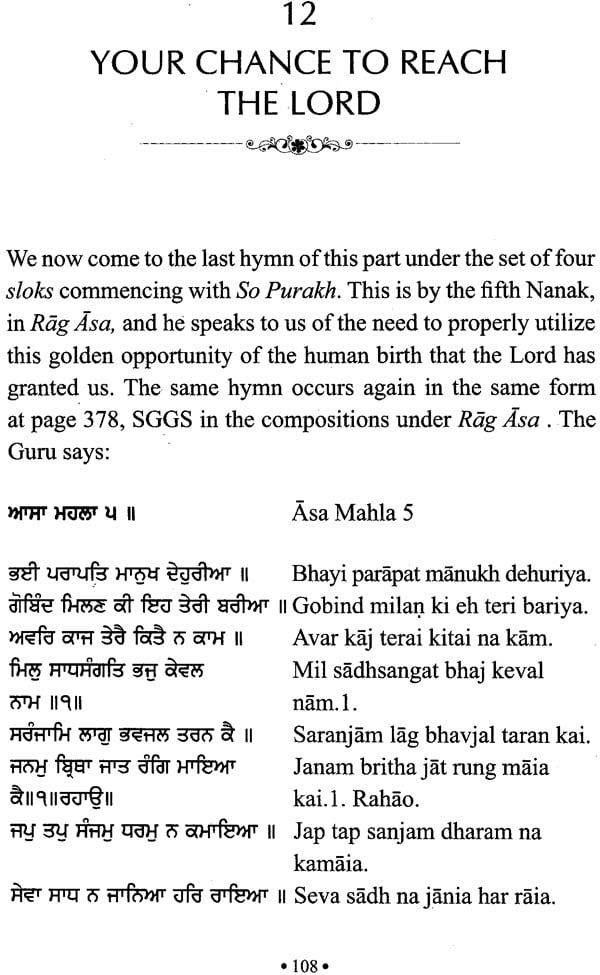 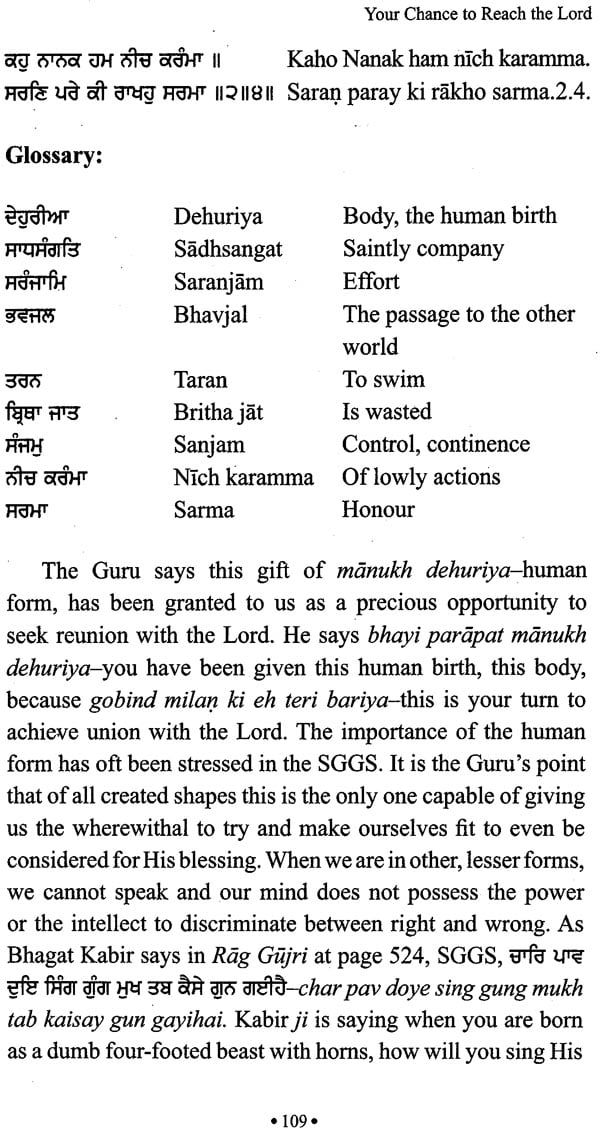 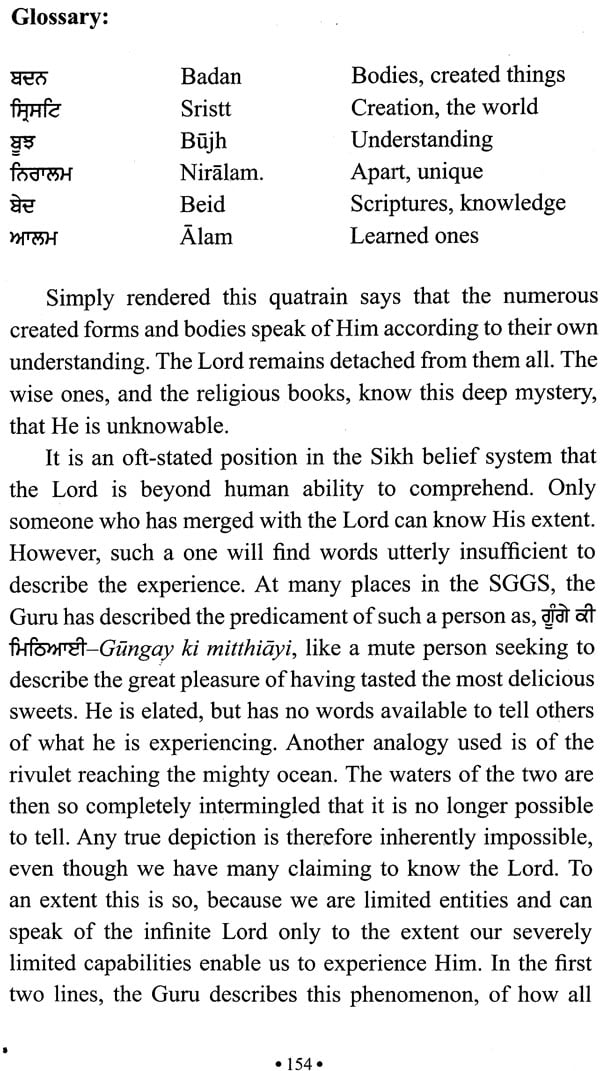 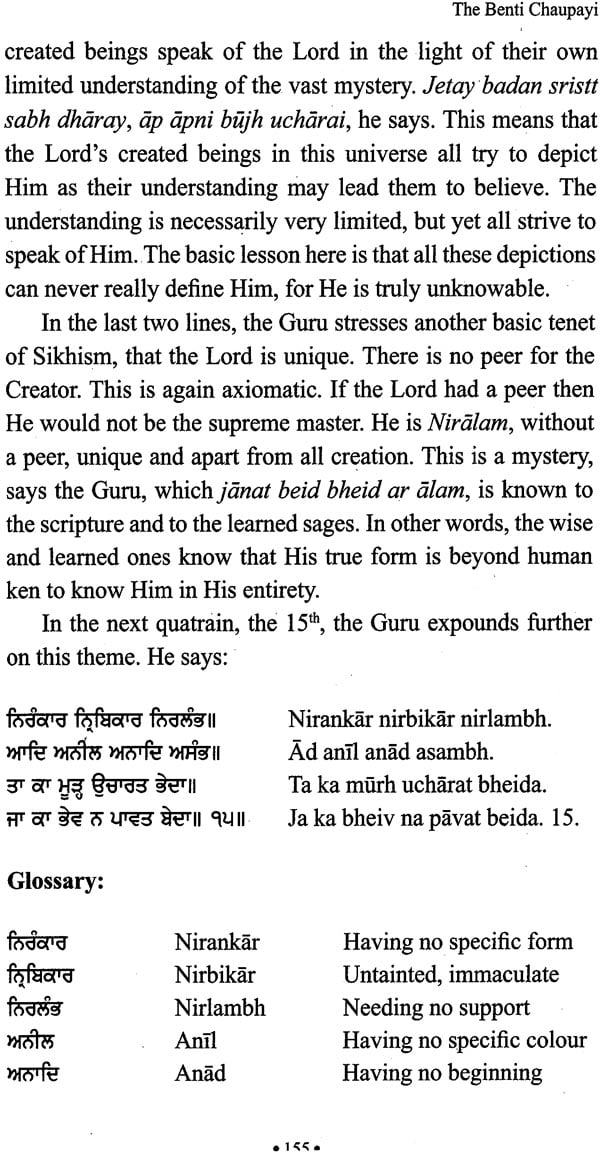 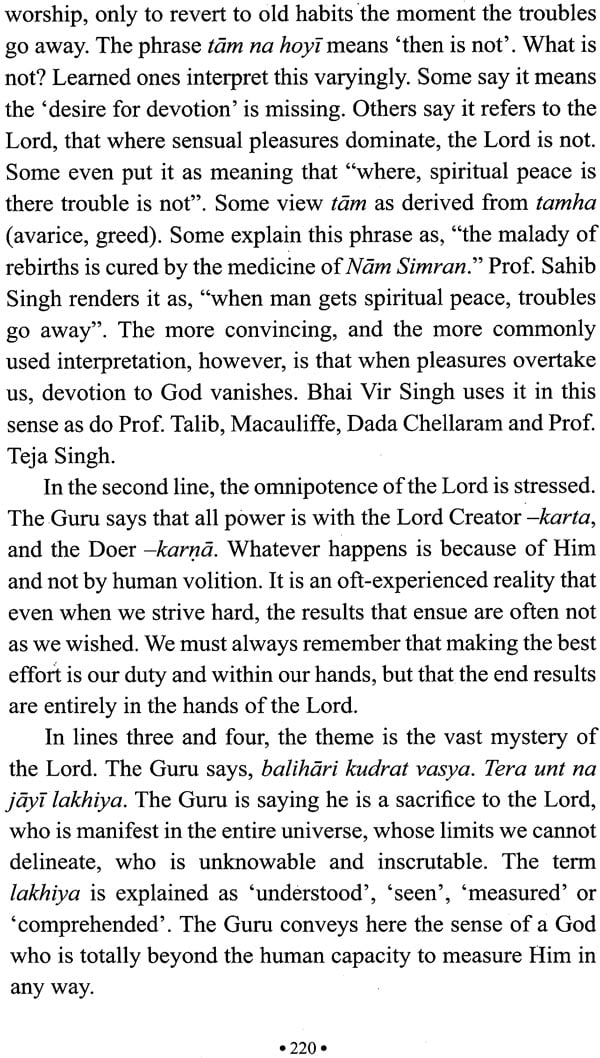 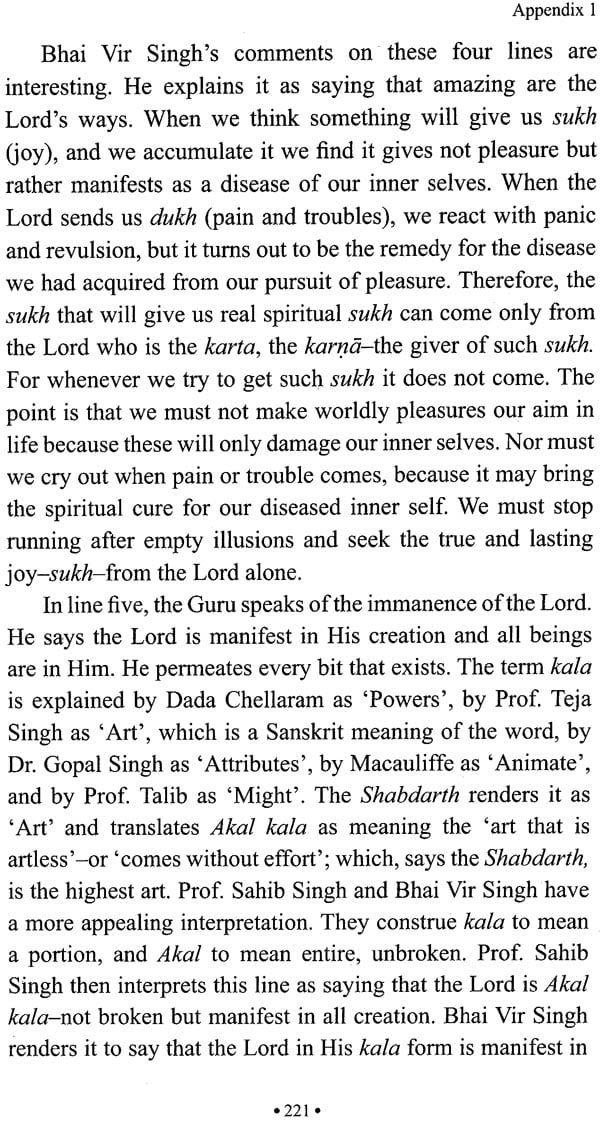