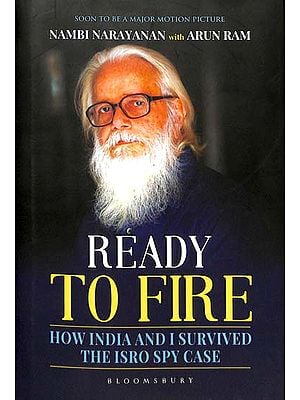 S Nambi Narayanan, a mechanical engineer with a masters in chemical rocket propulsion from the Department of Aerospace and Mechanical Sciences at the Princeton University, was among the pioneers in Indian space science. After joining the space mission as a Technical Assistant (Design) in 1966, he led a team of Indian scientists to France in the 197os to jointly develop the Vikas-Viking engine with the French. He was the Project Director for the second and fourth stages of the PSLV, when he also served as the Deputy Director of the Liquid Propulsion Systems Centre at Thiruvananthapuram. He was the first Project Director for Cryogenic Propulsion Systems in the early 199os. He retired as Director, Advanced Technology and Planning, ISRO, in 2001. Now living in Thiruvananthapuram with his wife, he has a son and a daughter.

Jouralist Arun Ram has covered an array of beats including politics, and science and technology, with several pieces of investigative journalism to his credit. The ISRO spy case was one of the first major stories he covered as an intern in his home town of Thiruvananthapuram in 1994. Twenty-three years later, ISRO remains his pet subject. A British Chevening scholar in print journalism, he is the 2004 winner of the Sarojini Naidu Award for best reporting on Women in Panchayati Raj. At present, he is the Resident Editor of The Times of India in Chennai, where he lives with his wife and son.

This book is an autobiographical account of Nambi Narayanan, who is Nambi for his friends at the Indian Space Research Organisation (ISRO). From his early days in ISRO I knew him as an intelligent, hardworking and dedicated scientist with unquestionable integrity.

By watching him from a distance, I could see the potential of Nambi and I started closely associating with him on different occasions. As a director at ISRO headquarters, I had the opportunity to understand his eagerness to develop liquid propulsion technology for India. Nambi studied liquid propulsion technology in Princeton University, USA, with a NASA Fellowship. He secured his Master's degree in a record time of less than a year.

Prof Satish Dhawan gave all his support to Nambi to jointly develop the Vikas engine with a French company called SEP. I happened to closely associate with Nambi during this period. His excellent performance with very limited manpower under stringent financial constraints enabled India to master the Vikas engine technology.

This highly reliable engine was flight-tested in PSLV and, ever since 1994, continues to perform without a single failure. Nambi is much like this engine that came out of several trials by fire. He was falsely implicated in the ISRO spy case and arrested in November 1994. A CBI inquiry later found the case to be false — something which everyone who knew Nambi closely was sure about — and found fault with some officers of the Intelligence Bureau and the Kerala Police who investigated the case.

Besides documenting his trials, Nambi elaborates in this book the evolution of ISRO from its inception to the present. ISRO is a great achiever with an envious success rate compared to other departments of the Government of India.

This book also throws light on some internal politics and inflated egos that stood in the way of India's great leaps. Many of the anecdotes in this book are not known to the outside world. Sonic (,1 them interesting, even hilarious, some others are shocking. Some incidents narrated here give a peep into many personalities who rose to high levels in the organisation.

I am sure this book will be of great interest as much to the old generation that looked at a rocket with awe as to the young- generation raring to go on interplanetary explorations.

By Parisian standards, it was an unusually bright morning when I stepped into the Paris—Le Bourget airport to see the Aerospace Exhibition, 1975. The rocket engines on display glistened in the light that streamed through the glass panes and bounced off the sobre white walls. I walked past the array of items on display—a liquid propulsion engine here, a prototype of a dual-frequency radar there—with my colleague P Mohana Prasad in tow.

We often travelled together on such assignments. We enjoyed each other's company, partly because of our shared passion to make India a space superpower, and partly because of our differences that helped fill the gaps between our common goal and our varying perceptions on how to achieve it.

Prasad, who went on to develop India's Vikas engine with me, would brood over scientific puzzles for days. He would run multiple tests and cross-check results before commenting on something scientific. I, on the other hand, would sometimes be impulsive, even on scientific matters. I might look at a microscopic groove in an intricate engine, and, before scientific validation, instinctively say that the depth is two microns, and not one micron as planned. We all knew very well that the unaided human eye couldn't see the difference; nevertheless I 'saw' something that impelled me to comment. Indeed, we would run it through tests to ascertain the depth of the groove--and my instant, scientifically unaided, observation would be correct, nine out of ten times.

That morning at the Paris-Le Bourget Airport presented me with one such moment of instant cognition—a 'Blink' moment, as Malcolm Gladwell called it. It was a moment that would eventually lead me to a series of incidents—apparently normal, some even unconnected—that would change my life and, to a great degree, alter the pace of India's space research, some nineteen years later.

As we walked past a few charts on display, between a heat shield of a rocket and a model of an improvised payload, there sat a rocket engine from the USSR. It was grey, and it had everything the texts said about such an engine. There was nothing apparently remarkable about it, but I found myself staring at it longer than I wanted to.

Then I realised it: The engine wasn't what its label read—RD-100. `They've got the label wrong,' I told Prasad, as we were about to move on to the payload on display. But Prasad stopped to take closer look. We seemed to be having a difference of opinion here; so the first thing to do was to ask a Russian scientist for clarification. But there was none nearby. At a distance sat a seventy-five-something man, his clothes as wrinkled as his skin. He appeared to be a helper of some sort, one of those who understood little English and no science.

No sooner had we moved on than someone called out, 'Now, gentleman, what makes you think it's not an RD-100?'

It was the Russian, now his face even more wrinkled because of a frown. I walked up to him and, trying to be polite to the point of being apologetic (not for the comment I made about the engine, but for the assessment I made of him), said, 'Because it doesn't look like one.'

He insisted it was an RD-100, but I stuck to my guns. 'An RD-100 has a different type of a cooling passage,' I said, and went on rattling out whatever I knew about the engine and its inconsistencies with the piece on display.

The frown on the Russian's face was now a scowl. He looked at me for a few seconds in silence and, as if ironing out those folds on his forehead, ran his palm over his eyebrows, and assumed the calmness of a disturbed saint. 'Can we discuss this over dinner?' he asked.

Later that evening, over delicious French soup and bread, the Russian explained to us the specifications of the engine on display. `And yes,' he said after a noisy sip of tourin, 'it is not what it's labelled.' It was another engine, the specifications of which the USSR did not want to divulge. There were several such pieces of secret pride in the Soviet storerooms, he said, one such was the KVD-1 cryogenic engine.

What's the specific impulse of this KVD- l engine?' I asked, unable to hide my curiosity at the mention of the word 'cryogenic'.

`The specific impulse is,' the Russian paused, '461 seconds'.

We all knew that the Americans and the Russians were in a space race, the latest being in the development of cryogenic engines. Cryogenics, the science of extreme low temperatures, has been a tricky thing to master, and the two countries had achieved quite a few breakthroughs. Like the space-faring giants the US and the USSR, India—which had just put its first satellite Aryabhatta in space with Russia's help—had realised that only cryogenic engines could power rockets to take heavier satellites and make farther explorations in space. The specific impulse of an engine, broadly speaking, defines its strength. The Americans had developed engines with lesser specific impulse. Russians were great engineers—and much more amiable towards Indians than the Americans were—but they having developed anything better than the Amercan cryogenic engine sounded farfetched.

`You must be joking,' I told him, trying to make it sound more like banter than an argument. The Russian wasn't amused. He gulped down the soup, looked me in the eye with the same calmness he had the moment before he invited me for dinner, and said, 'Come to Russia, and I will show you.'

It was a new beginning of a friendship between two countries that later fired India's cryogenic dreams. Eighteen years later, when the Kerala police came knocking at my door in Thiruvananthapuram, that dream was threatened. I was to be branded a spy who sold rocket engine secrets to Pakistan through women spies from the Maldives—a conspiracy that would be eventually defeated, but not before dampening India's space dreams and virtually demolishing my life.

But India's space ambitions, fuelled by such greats as Vikram Sarabhai and Satish Dhawan, would overcome the agnipariksha, as time proved. Curiously enough, it took another eighteen years for me to prove my innocence—and for others to accept that the sordid drama of the ISRO spy case was but a fallout of a reckless police sub-inspector's misadventure with a Maldivian woman; a drama that a foreign agency was only too eager to prolong and propel, penetrating into such agencies as the Indian Intelligence Bureau, and taking some of its officials as pawns, to scuttle India's inevitable march to space.

This is the story of that conspiracy against my country. This is my story. 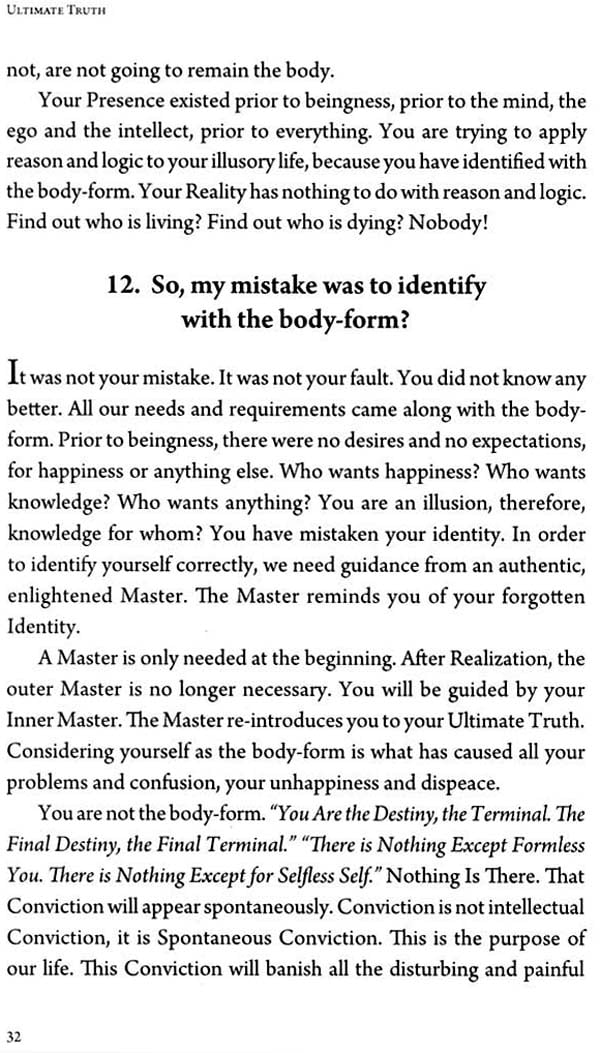 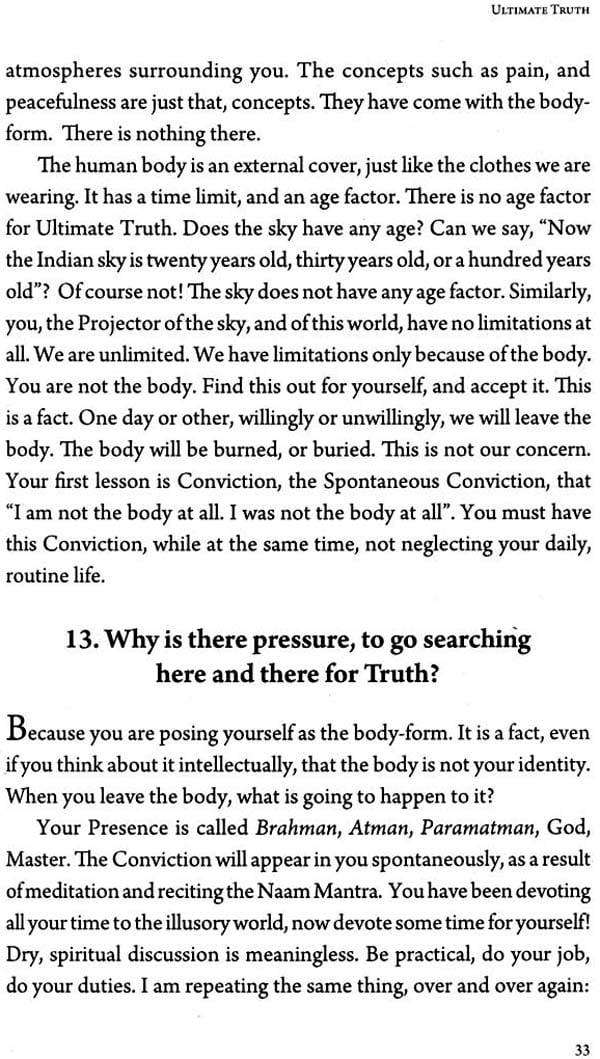 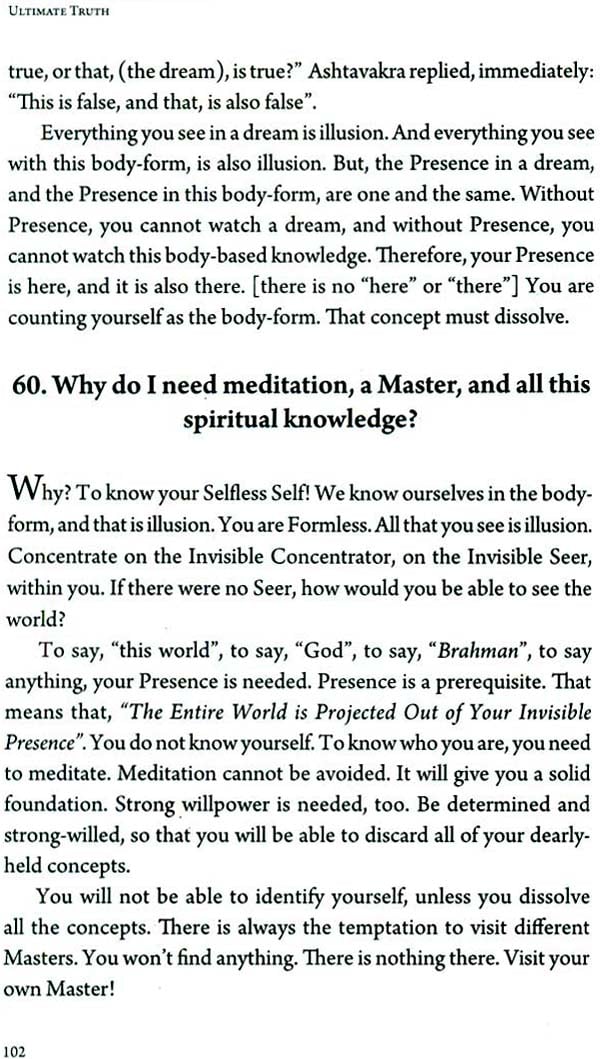 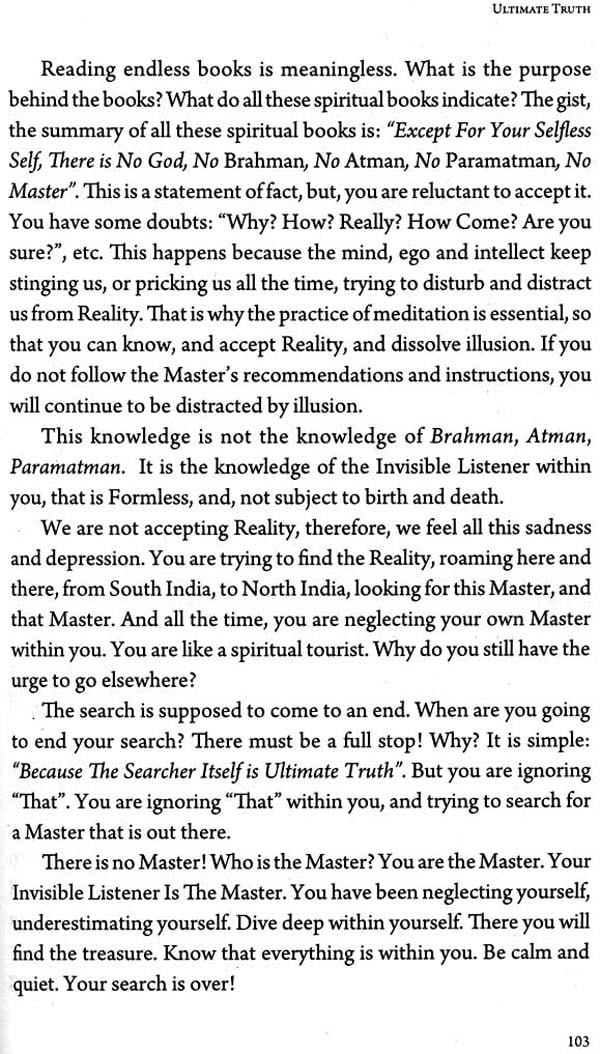 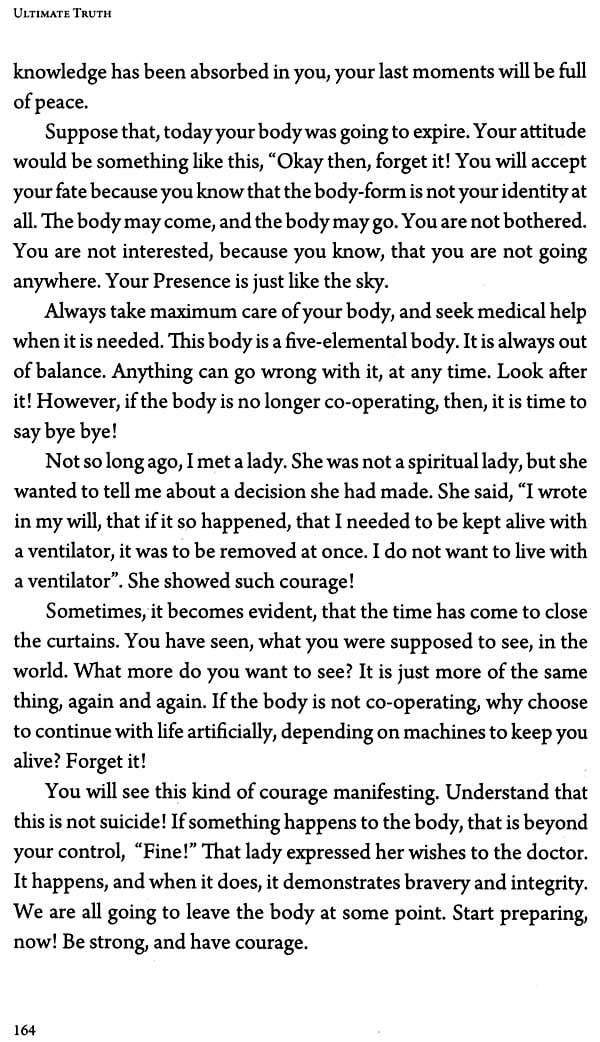 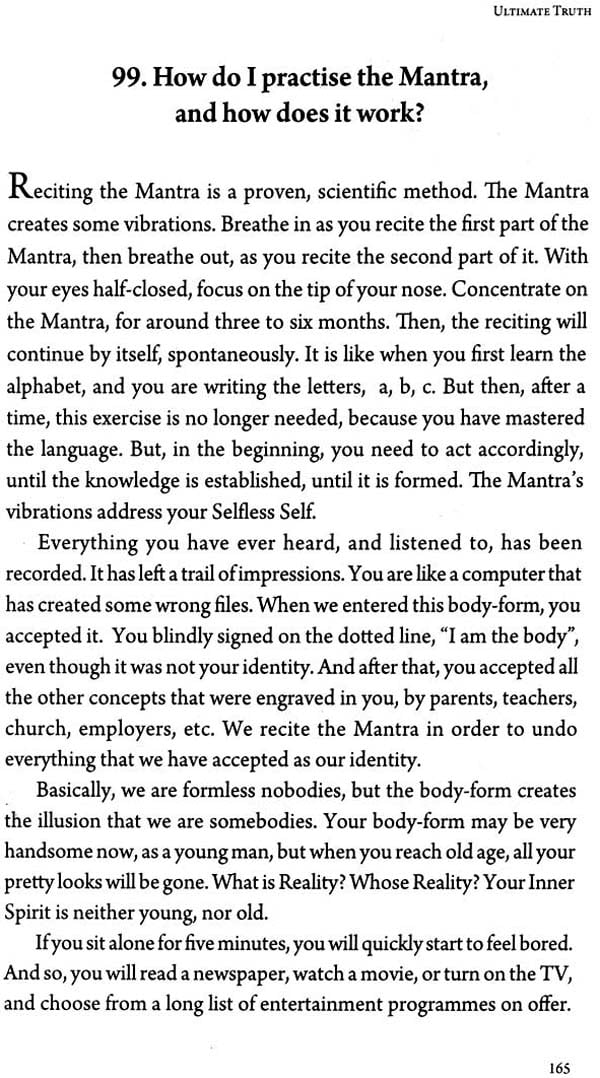 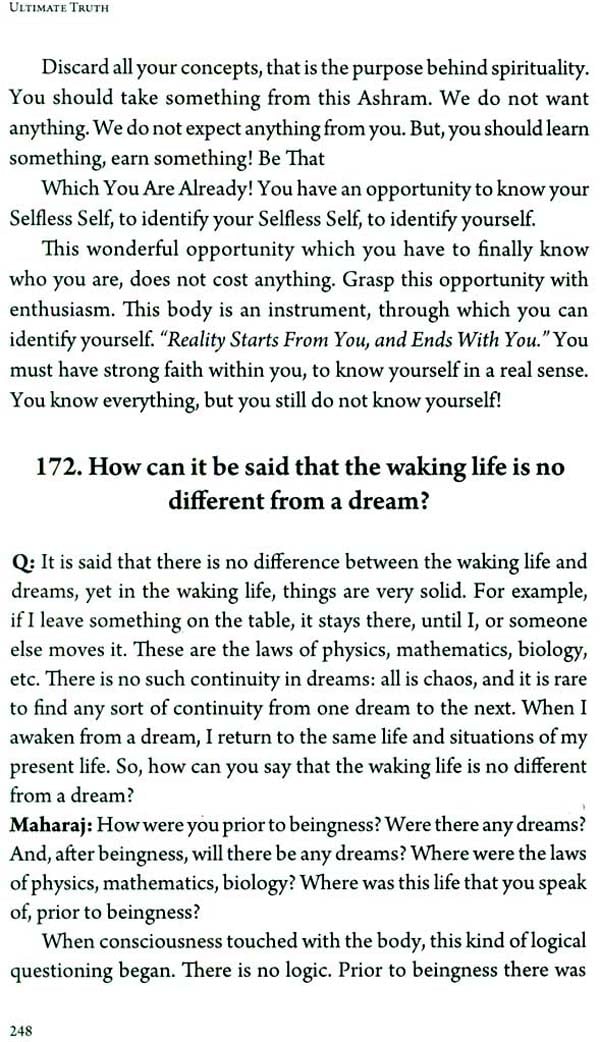 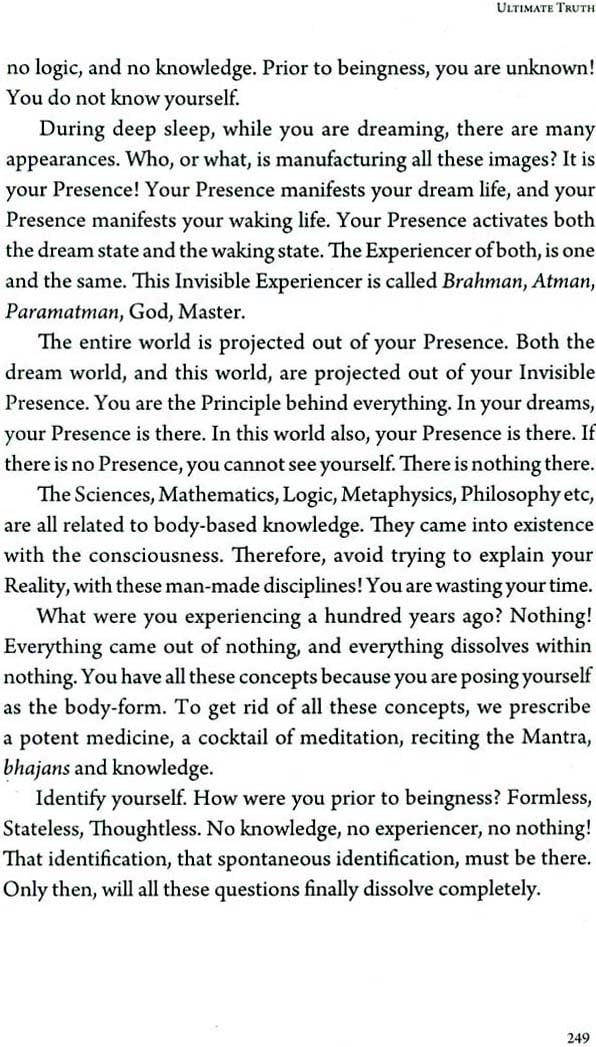 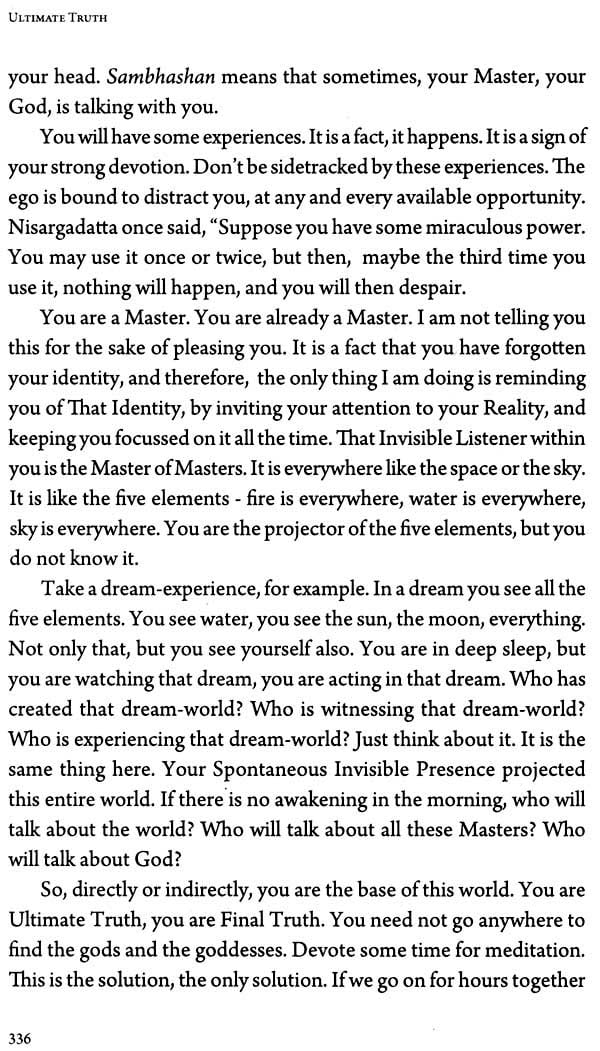 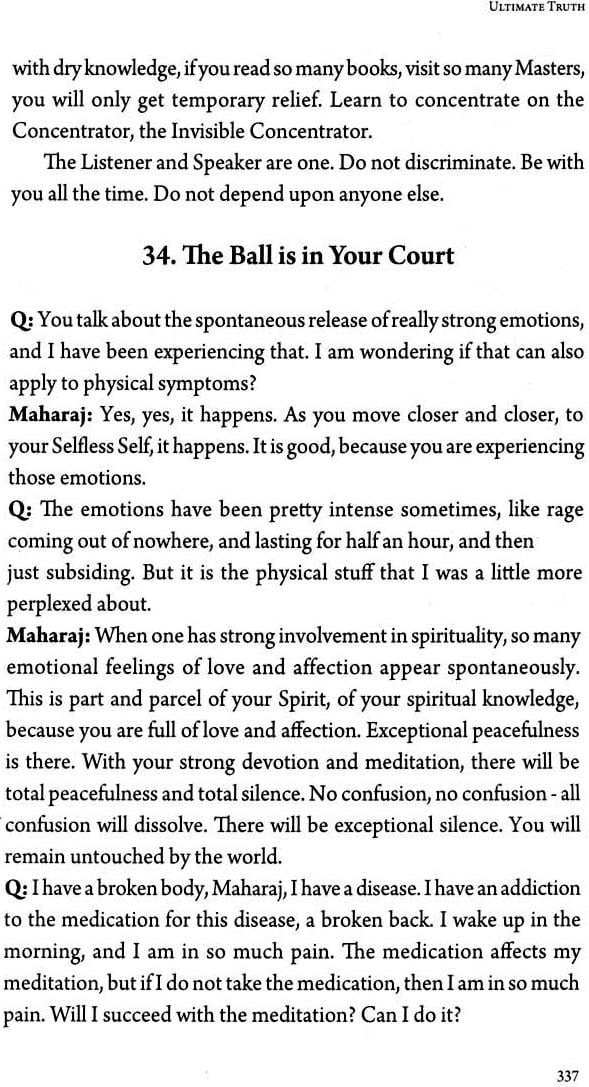 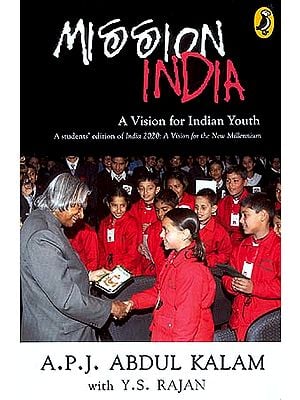 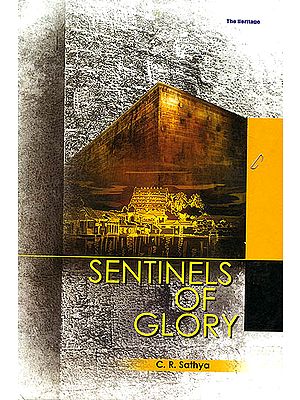 Sentinels of Glory
By C.R.Sathya
$16 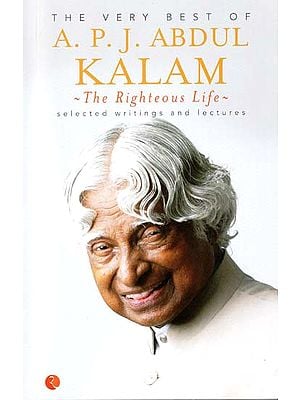