By the unlimited mercy and inspiration of param- aradhya nitya-lila pravista om visnupada astottara- sata Sri Srimad Bhakti Prajnana Kesava Gosvami Maha- raja, I am infinitely pleased today to see that the English rendition of Raga Vartma Candrika is going to be published. Srila Visvanatha Cakravarti Thakura, the crown prince of illustrious teachers amongst the Gaudiya Vaisnava acaryas, is the author of this book. Although in size this text is very small, from the perspective of its exalted subject matter, it is very great.

In his Sri Bhakti-Rasamrta-Sindhu-Bindu, Sripada Visvanatha Cakravarti Thakura has briefly explained the path of raganuga bhakti. He has given a more detailed description of the same subject matter in this book, presented in two illuminating beams of light. In the First Illumination, he ascertains the paths of vaidhi and raganuga-bhakti - vaidhi is performed under shastric regulations, and raganuga is inspired by greed. In raga-marga, in spite of the rise of greed, shastric reasoning is relied upon. In other words, when one follows vidhi-marga, being inspired by greed, it is raganuga, and when one follows vidhi-marga, being disciplined by rules and regulations, it is indeed ser- vice in vidhi-marga. Seva which disregards rules and regulations creates turmoil. The five limbs of raganuga-bhajana are:I ) svabhista-bhava-maya, saturated with one's cherished mood - dasya, sakhya, and so on; ) bhava-sambandhi, related to one's cherished mood - sravana, kirtana, smarana, etc., of nama, rupa, guna, lila and so on, observing Ekadasi, Janmastami, and other such vratas, hearing discourses on the Bhagavatam, and so on; 3) bhava- anukula, favorable to one's cherished mood - wearing wooden Tulasi mala, tilaka, decorating oneself with stamps of the holy name and the Lord's lotus feet, etc.; 4) bhava-avirudha, not opposed to one's cherished mood - serving cows, pipala and myrobalan trees, brahmanas, etc., and especially the Vaisnavas; 5) bhava-virudha, detrimental to one's cherished mood - abangrahopasana (to consider oneself as non-different from the object of worship), nyasa (various elaborate practices for chanting mantras and doing arcana), mudras (different procedures of intertwining the fingers during arcana), Dvaraka and mahisi-dhyana (process of worship of Dvaraka and meditation on the queens).

The Second Illumination presents concepts in relation to Sri Krsna' s aisvarya and madhurya. Whether great opulence is apparent or not, if the mood of human-like pastimes is maintained, then it is called madhurya, sweetness; and if only aisvarya is manifesting, transgressing the moods of nara-lila, then it is aisvarya. Some devotees are steadfast in the conception of aisvarya-jnana, whereas devotees in madhurya-jnana, even when confronted with Krsna's majesty, will experience no fear and remain firmly fixed in their own mood. Also described are the principles of Krsna' s sarva-jnatta (omniscience) and maugdhata (bewilderment), etc., svakiya and parakiya-tattva, the types of the cherished eternal forms actually attained by the raganuga-bhaktas upon ascending to the realm of prema, the authority of Yogamaya, and so on.

Srila Visvanatha Cakravarti Thakura appeared in a family of brahmanas from the community of Radhadesa in the district of Nadia, West Bengal. He was celebrated by the name Hari Vallabha. He had two older brothers named Ramabhadra and Raghunatha. In childhood, he studied grammar in a village named Devagrama. After this he went to a village named Saiyadabada in the district of Mursidabada, where he studied the bhakti-sastras in the home of his guru. It was in Saiyadabada that he wrote three books while still undergoing his studies. These three books are Bhakti-Rasamrta-Sindbu-Bindu, Ujjvala-Nilamani- Kirana, and Bhagavatamrta-Kana. A short time later, he renounced his household life and went to Vrndavana. There he wrote many books and commentaries. After the disappearance of Sriman Mahaprabhu and His eternal associates who had taken up residence in Vraja, the current of suddha-bhakti was flowing by the influence of three great personalities: Srinivasa Acarya, Narottama Thakura, and Syamananda Prabhu. Srila Visvanatha Cakravarti Thakura was fourth in the line of disciplic succession coming from Srila Narottama Thakura

One disciple of Srila Narottama Thakura Mahasaya was named Srila Ganga-Narayana Cakravarti Mahasaya. He lived in Balucara Gambhila within the district of Mursidabada, He had no sons and only one daughter, whose name was Visnupriya. Srila Narottama Thakura had another disciple named Ramakrsna Bhattacarya from the brahmana community of Varendra, a rural community of West Bengal. The youngest son of Ramakrsna Bhartacarya was named Krsna-carana. Sri Ganga- Narayana accepted Krsna-carana as an adopted son. The disciple of Sri Krsna-carana was Radha-ramana Cakravarti, who was the spiritual master of Visvanatha Cakravarti Thakura,

In his commentary on Srimad-Bbagavatam entitled Sarartha-darsini, at the beginning of the Rasa-Panca- dhyaya, five chapters describing Sri Krsna' s rasa-lila, Visvanatha Cakravarti Thakura has written the following verse: 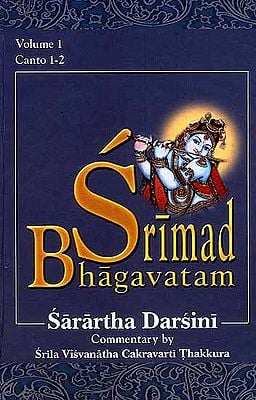 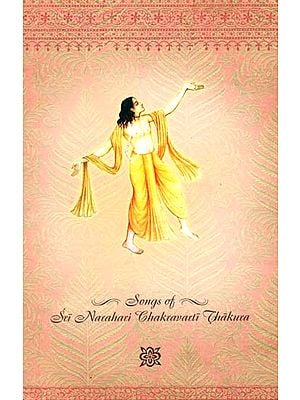 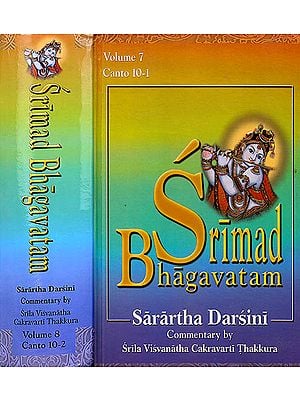 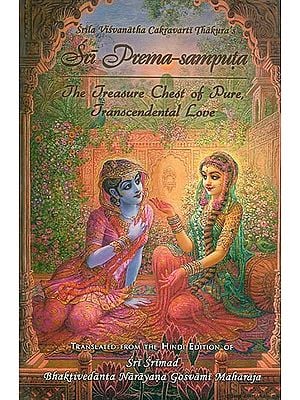 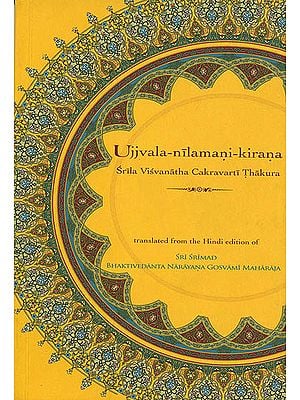