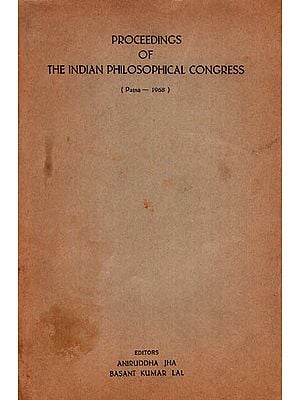 Proceedings of The Indian Philosophical Congress : Patna - 1968 ( An Old and Rare Book)

Indian Philosophy today is passing through a very significant phase of its development. It is true that India has a very rich philosohical heritage, this also is a fact that the ancient Indian tradition contains reflections on almost all such problems that have appeared significant to western philosophy also. But somehow, today the Indian philosopher has come to realise that relating everything to the past ultimately leads to stagnation of thought and even to dogmatism. He is now deeply conscions of the fact that Contemporary Indian Philosophy appears to be repetitive and too much tradition-tied.

This realisation makes the Contemporary Indian philosopher restless and creates in him a desire to do something new. The force of tradition continues to be strong, the rich philosophical literature of the past continues to be his ready store-house of ‘ideas’, and yet he looks towards the west for inspiration so that he may also make his philosophy progressive and up-to-date. Consequently, we notice that at present the Indian philosopher is pursuing atleast four different kinds of philosophies, This, however, does not include the thoughts of those seers and religious teachers who have become almost prophetic in their re-assertion of the ancient Indian ideals and the ultimacy of spiritual values. (a) Some of the present-day Indian philosophers still cling to the old ideas and exhaust their mental energies in interpreting and re-interpreting them. (b) There are some Others who, more or less in reaction to the conservatism of the first group, go to the other exetreme and derive their philosophical inspiration entirely from the west. The very things that engage the thought and attention of the western philosophers stimulate their thoughts also. Western philosophy provides to these people not only the model of their thinking but also the subjectmatter of their philosophical delibera- tions. (c) The third group works on the presuppositon that a west—east- Synthesis is the need of the hour. They would either take up a notion from the west and try to discover its parallel in the east, or they would deliberate on a particular problem both from the western and the Indian points of view. (d) Then, there are certain scholars who try to reflect upon philosophical problems, more or less, in an independent manner. They have a good background of an extensive study of both western and Indian philosophies, but they make a distinction between ‘a mere historical work’ and ‘a philosophical reflection’, Philosophical problems may be suggested to them either from the western or the Indian sources, but they would think out the problem, more or less, in their own ways, The present selection of papers read and discussed at the 1968 session of the Indian Philosophical Congress tries to represent all these four points of view.

Among the papers that seek to interpret ancient Indian philosophy D. P. Sen’s paper is significant because it tries to reflect on a concept that has engaged the attention even of western philosophy especially during the modern period of its history. D. P. Sen tries to determine the role and function of Doubt in Indian Pailosophy and Logic. He attempts to show that doubt, as conceived in Indian philosophy, is an essential part of the method of inquiry and is significantly different from Descartes’ ‘doubt’. His chief objection against the cartesian doubt is that it is conceived as an art that the philosopher consciously imposes upon himself just in order to arrive at his goal. Doubt, according to him, serves a much wider function in Indian philosophy because there it is not conceived as a self-imposed process developed subjectively, but as an objective state that springs from genuine difficulty.

Likewise, Sukumarn Nair also takes up for examination a very contemporary concept — that of ‘Induction’, particularly the riddle snvolved in it. He does refer to some of the prominent western views on the matter, but his sole aim is to demonstrate that ‘the riddle’ of Induction, which is considered to be a novel and original discovery of today, had, in fact, caught the attention of the Jaina and the Nyaya Logicians as early as in the third century B. CG.

S. K. Chattopadhyaya’s paper is ar example of that rigid conser- vatism which always seeks to glorify Advaitism by trying to show that it is the most comprehensive philosophy of all times. He has tried to interpret it as a philosophy of transcendence, and, in the process, tries to show that Advaitism both comprehends and transcends Positivism and Phenomenalism. Ramji Singh’s paper also exhibits a similar sentiment, with the difference that his feelings are for Jainism and not for Advai- tism. He has taken up ‘the Law of contradiction’, as the centre of his deliberations and has examined different points of view on the nature of this Law; objections against the Jaina point of view have been considered and met. 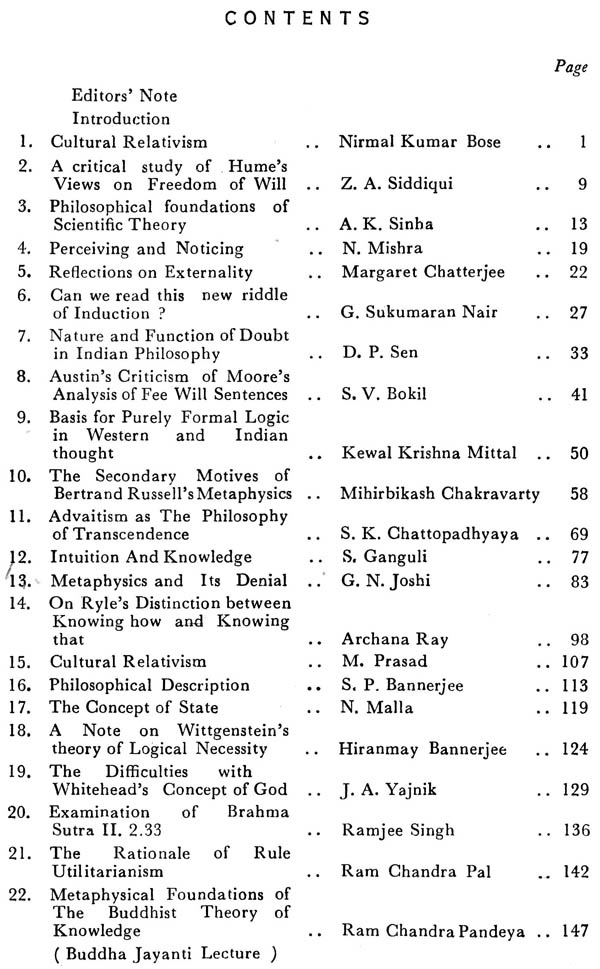 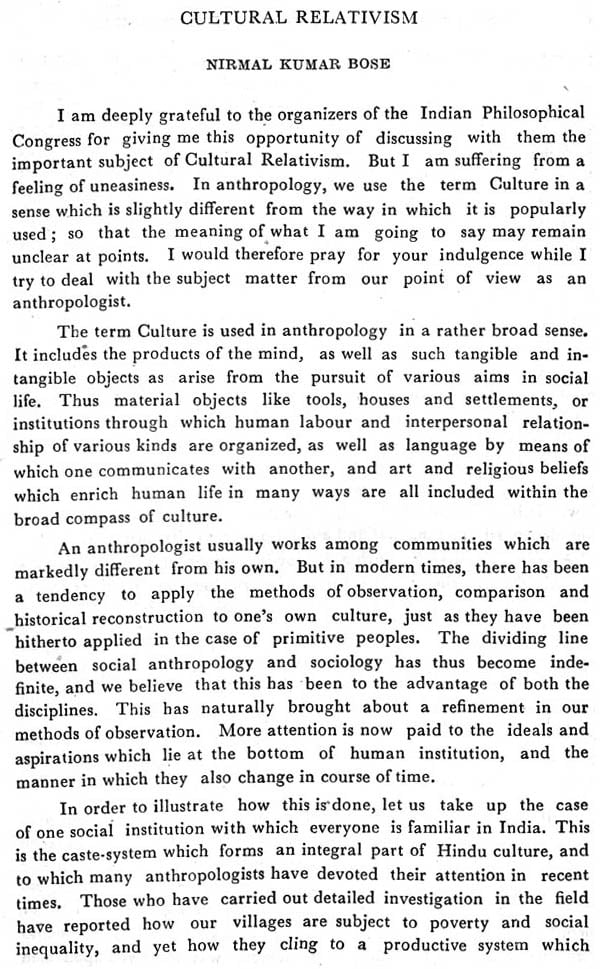 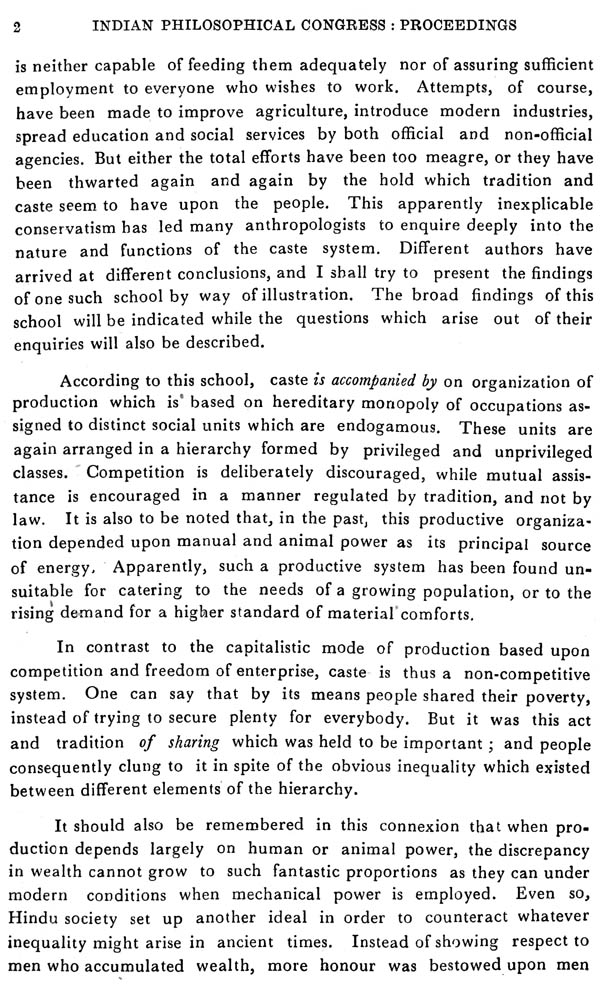 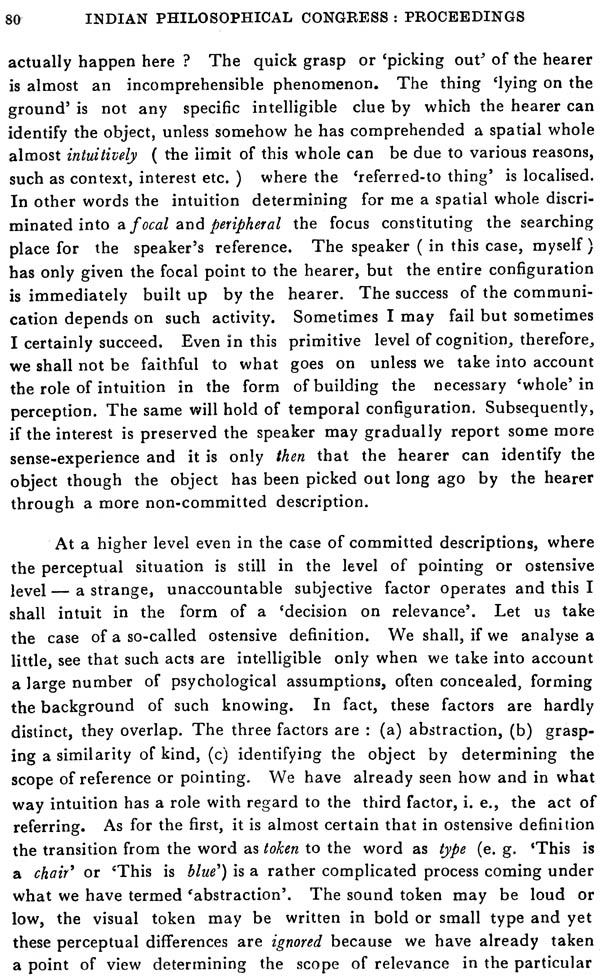 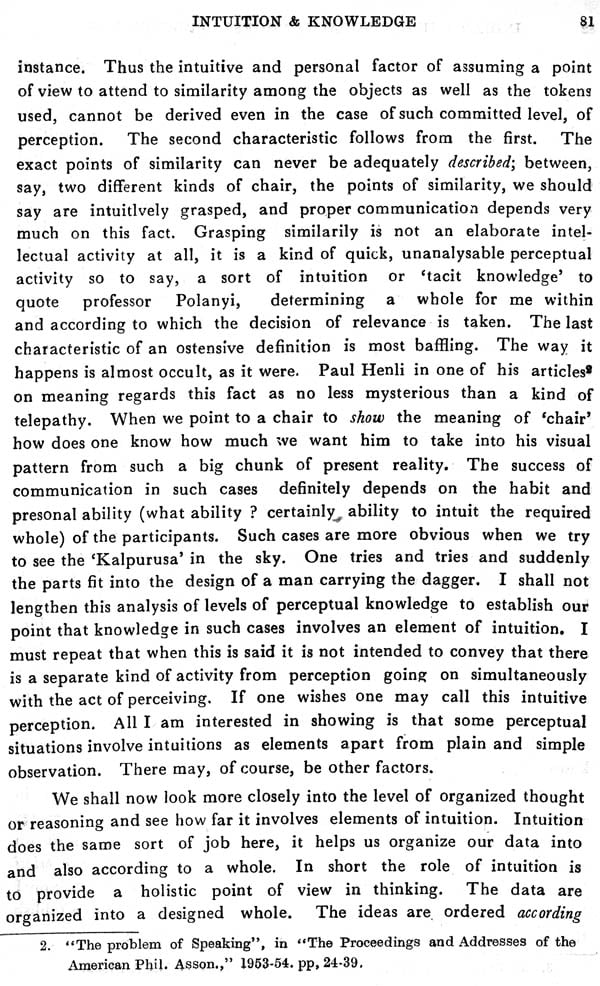 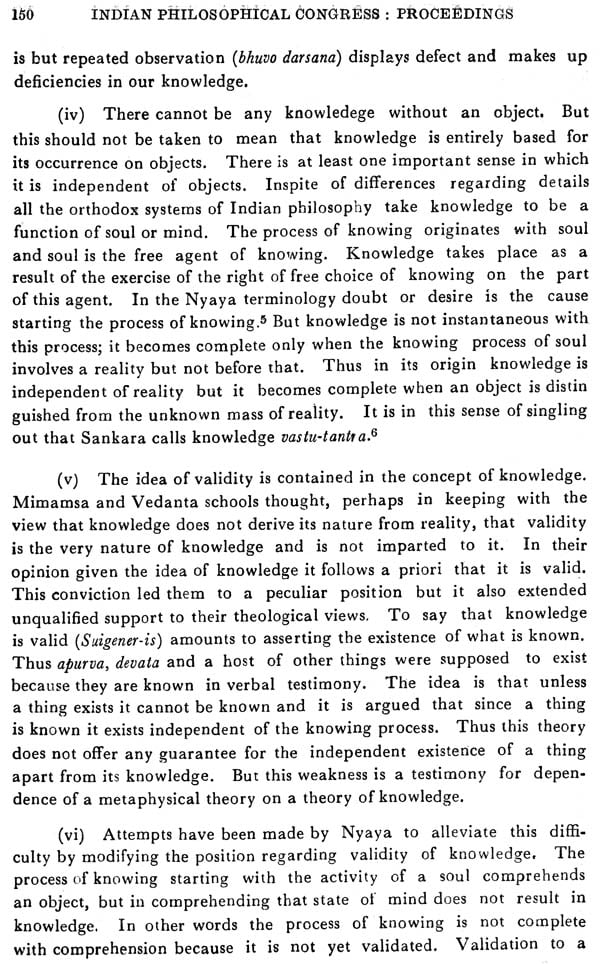 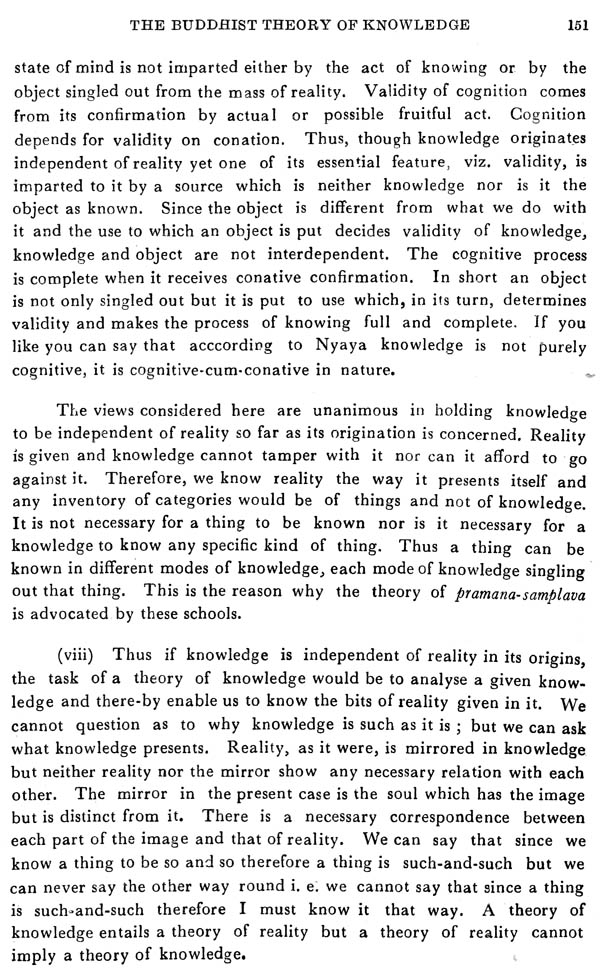 A History of Indian Philosophy The Philosophy of the Bhagavata Purana, Madhva, Vallabha and Gaudiya School of Vaisnavism (Vol-4)
By Surendranath Dasgupta
$39
FREE Delivery