The Principal Upanisads (Volume I)

Upanisads are the foundation of Vedanta Philosophy. Sri Sankaracharya and Sri Madhvacharya have written Bhasyas on ten Principal Upanisads. Sri Ramanujacharya has given a gist of Upanisads in his Vedartha Sangraha. Later, Sri Ranga Ramanuja has written a commentary on Upanisads giving Visistadvaita interpretation. Several commentaries are written on the Bhasya by later scholars. All these are available in Sanskrit.

In the recent past, Upanisads have been translated into English, German, French and other European languages by modern lndologists. In India also there are a few English translations. Among these Dr. Radhakrishnan’s translation is the most prominent and popular. Sri Ramakrishna Matha has also brought out English translation of Principal Upanisads.

All these broadly follow Sri Sankaracharya’s Bhasya. However, a student of Vedanta should also know the other interpretations to have a wider knowledge of Upanisadic thought and Vedanta Philosophy. The Dvaita Vedanta Study and Research Foundation is bringing out two volumes containing ten Principal Upanisads with the translation in English according to Sri Madhvacharya’s bhasya. Prof. K.T. Pandurangi has translated these Upanisads closely following Sri Madhvacharya’s Bhasya and the commentaries of Sri Raghavendra Tirtha and other prominent commentators. He has also added detailed notes quoting the extracts from Bhasya and commentaries explaining the philosophical and theological doctrines of Upanisads. Sri Madhvacharya’s interpretation is theistic interpretation. He explains the Philosophy of Upanisads along with its theological application. This is brought out in the Notes. Prof. Pandurangi has also added a detailed summary of the contents of each Upanisad under the head ‘The Essentials of Upanisads ’. This is separately given at the commencement of the publication.

The first volume contains eight Upanisads. The second volume will contain Chandogya and Brihadaranya. It is hoped that these volumes will be helpful to the scholars and the students of Vedanta Philosophy.

We thank Prof. Pandurangi for preparing this translation and the Raghavendra Printers for neatly printing the book within a short time.

I am happy to present the first volume of The Principal Upanisads translated according to Sri Madhvacharya’s Bhasya. This volume contains the translation of eight Upanisads. The remaining two viz. Chandogya and Brihadarnya will form the second volume.

There are many translations of Upanisads. Most of them follow Advaita tradition. Therefore, there has been the need of a translation that followed Sri Madhvacharya’s Dvaita tradition. To meet such a need individual Upanisads were translated by me. These were published in small separate volumes by S.M.S.O. Sabha, these are out of stock. Now, these are being published in two volumes. This is the first volume.

In this volume the Text of the Upanisads is translated in simple English closely following the Bhasya of Sri Madhvacharya and the commentaries on it. Detailed notes are added at the end. The translation and notes given in the earlier edition are touched here and there to make the points more clear. In the notes a few more extracts from the Bhasya and the commentaries are added to provide further material for research.

A special feature of Sri Madhva’s interpretation is that it has a theistic dimension. Adhibuta, Adhidaiva and Adhyatma levels of Upanisads are well known. But Sri Madhva goes still deep and brings out the Adhidaiva level of meaning. For this purpose, the very Adhibhuta and Adhidaiva terms are interpreted to reveal the Adhi Visnu meaning. To obtain this meaning he works out appropriate etemological meaning. These terms are translated keeping this in mind. The notes make these meanings more clear. He brings out the philosophical implications very clearly in respect of key passages. In many cases he points out the link between certain Vedic hymns and the Upanisadic statements. All these points are fully brought out in the essay ‘Essentials of Upanisads’ added in this volume. I take this opportunity to thank Sri N. Narasimha Rau the Chairman of Dvaita Vedanta Foundation for entrusting this work to me. 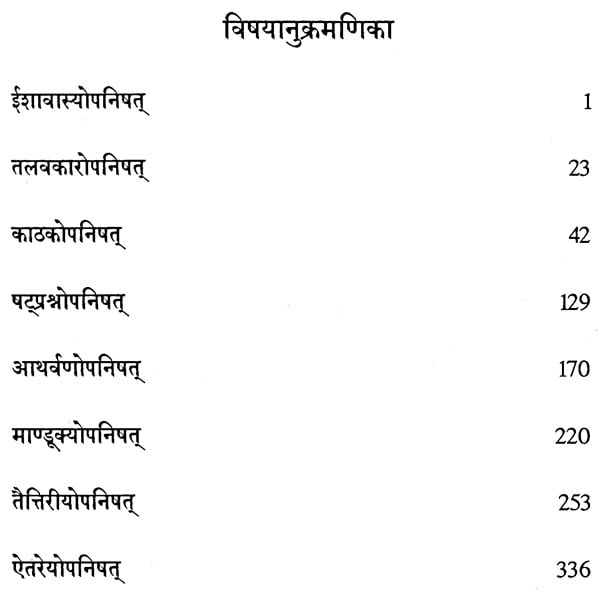 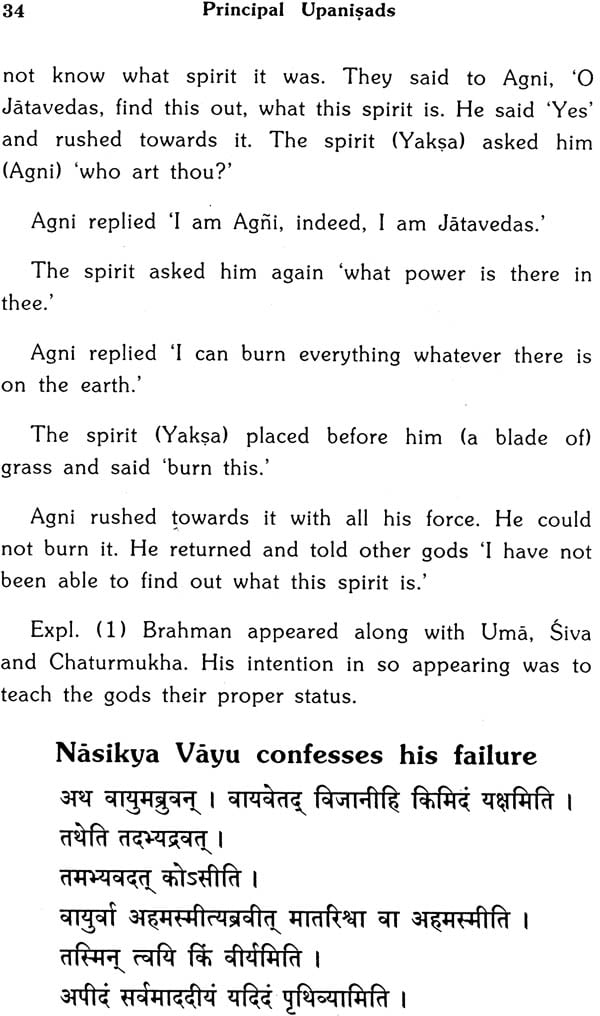 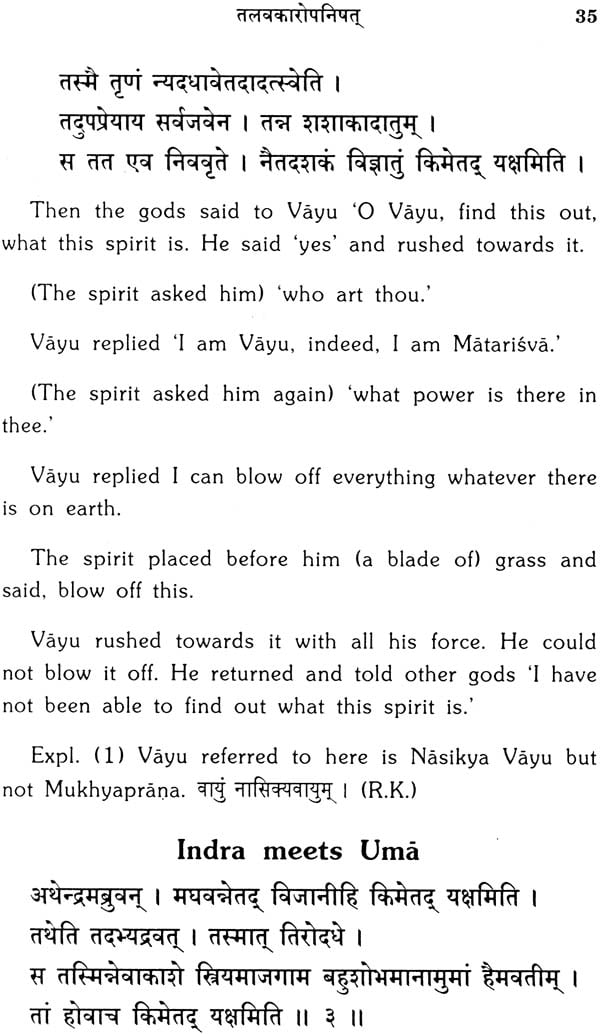 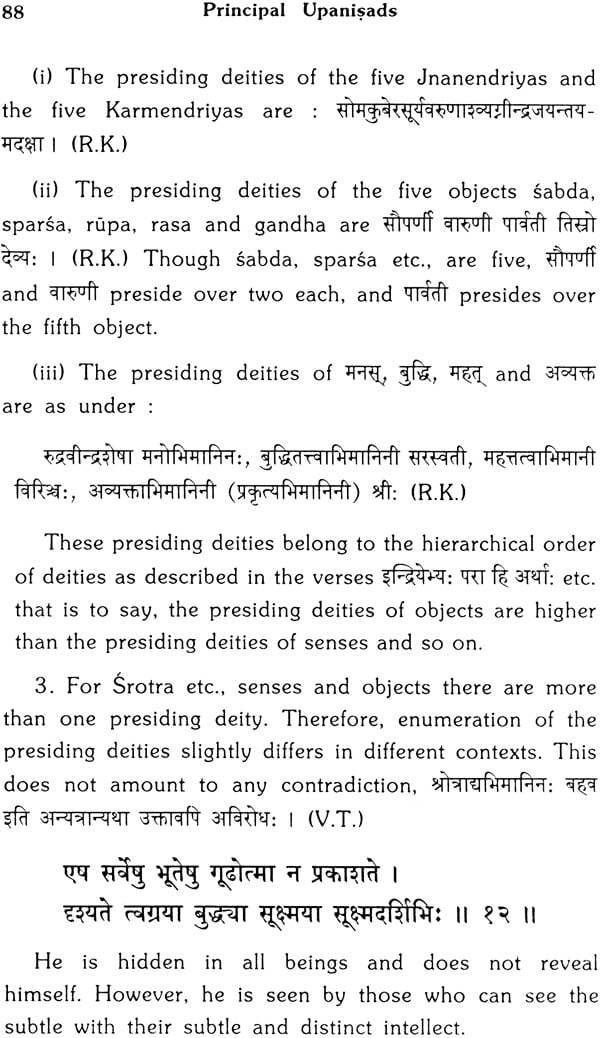 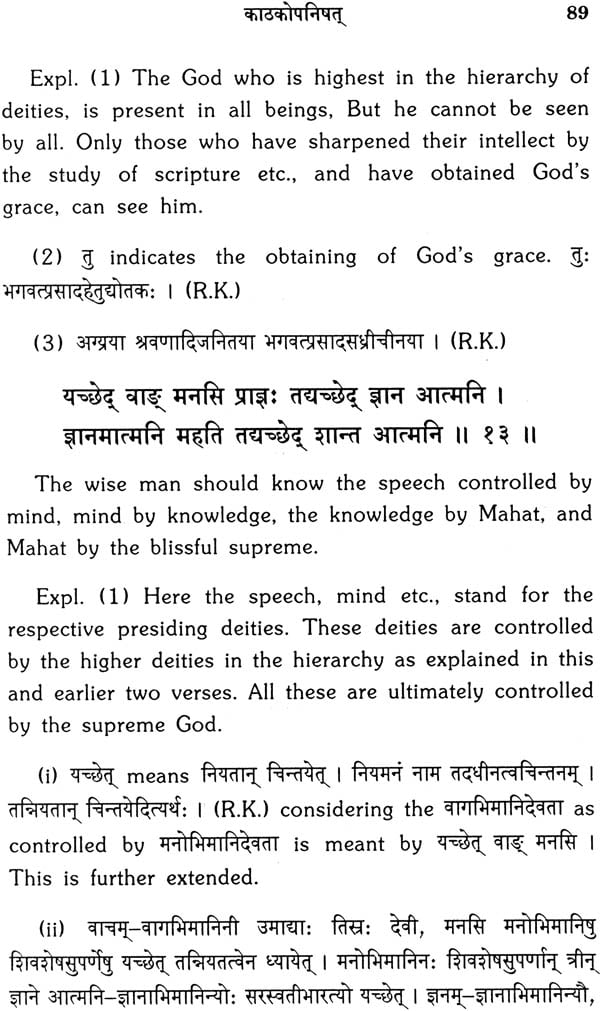 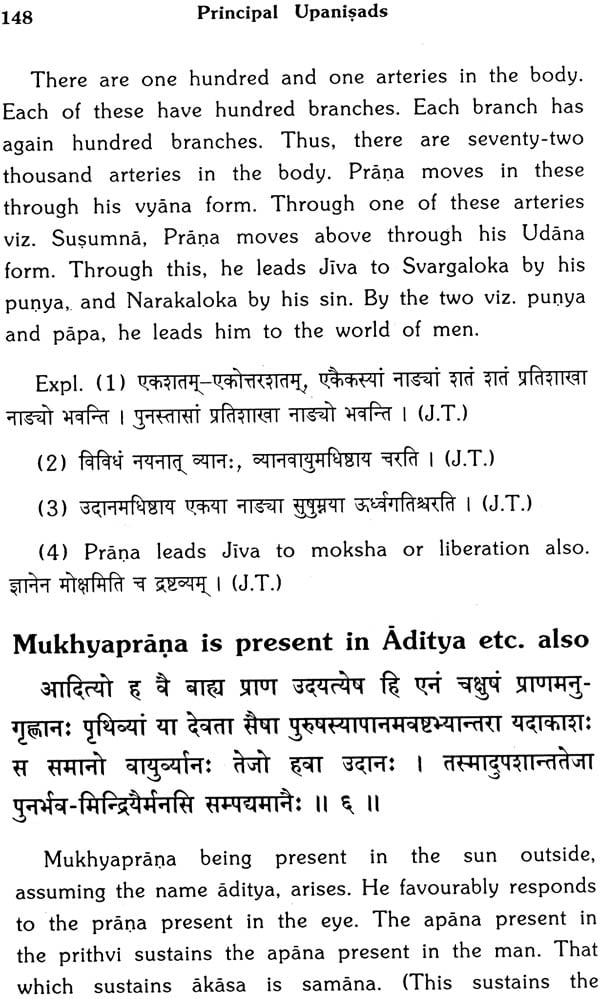 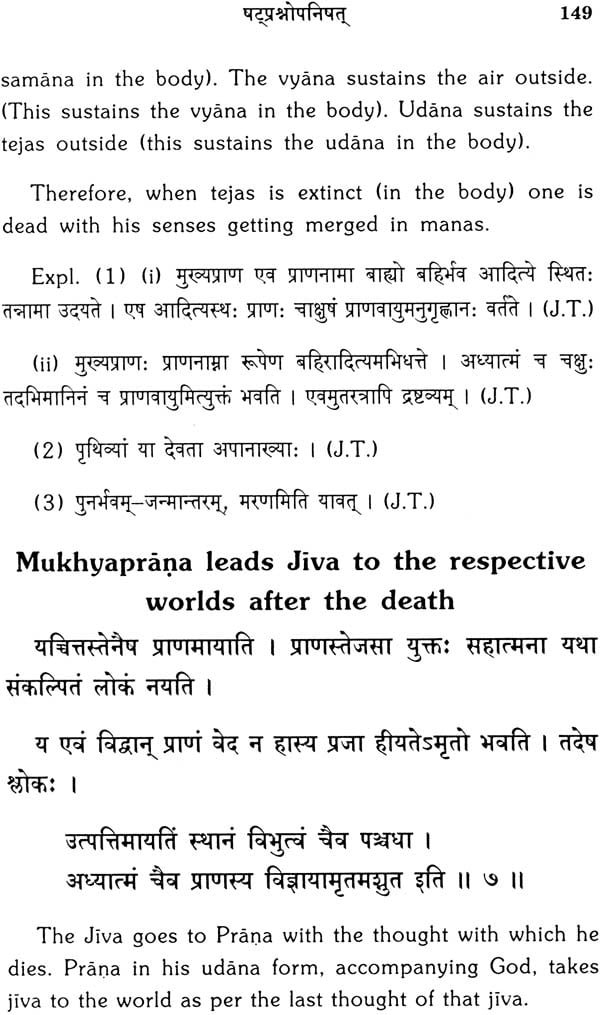 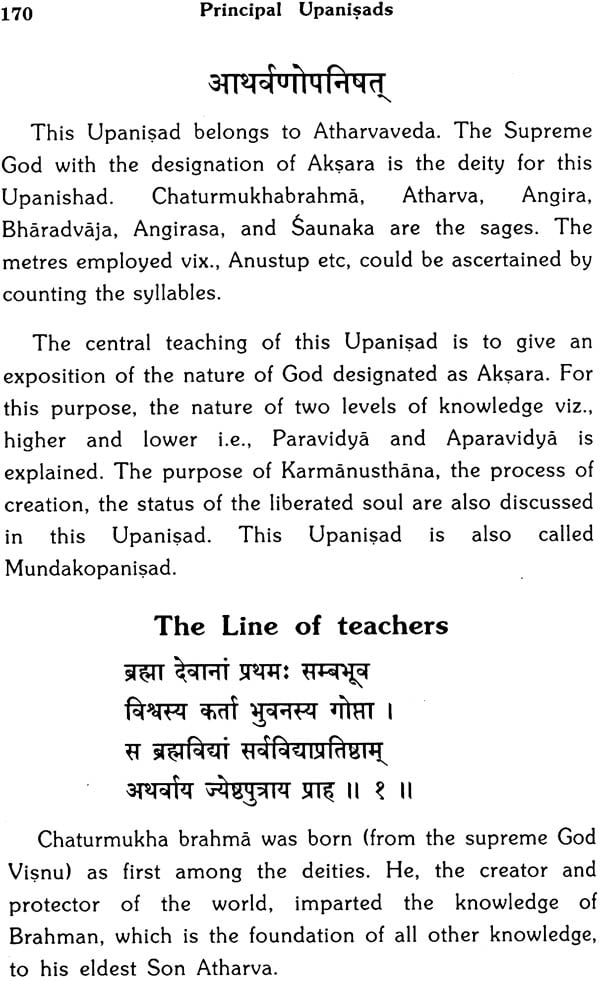 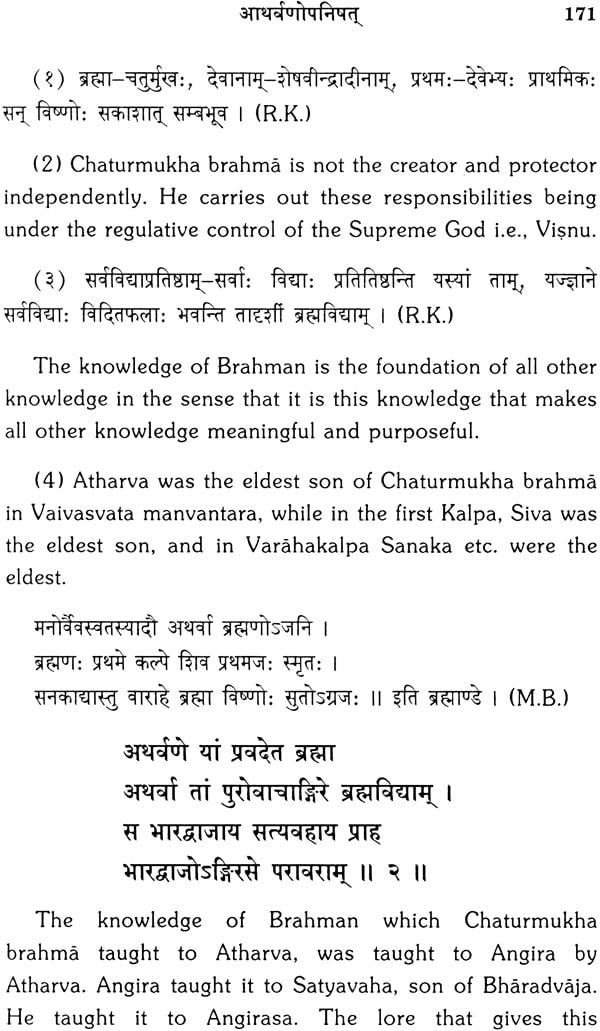 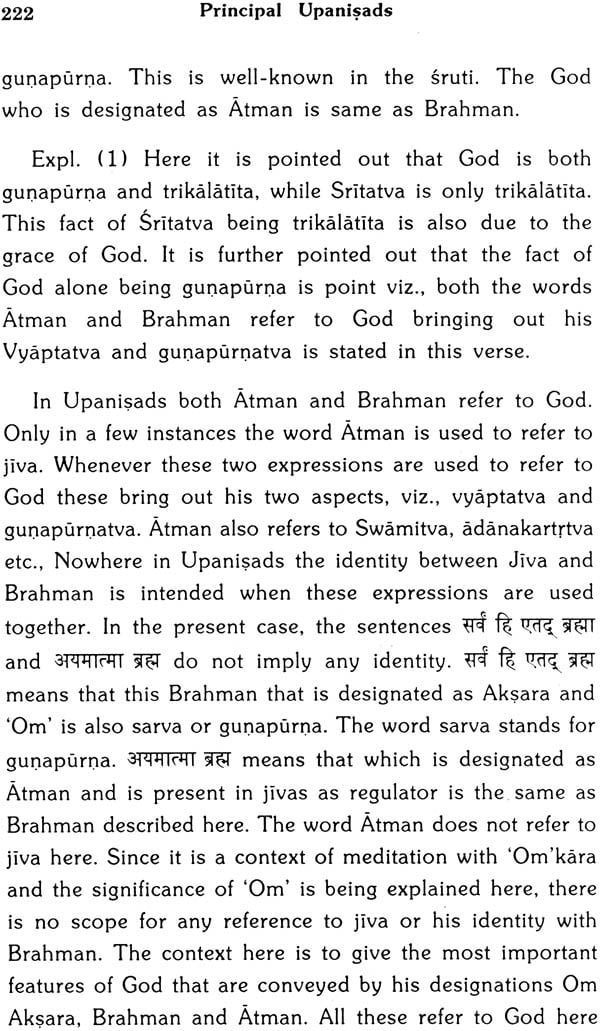 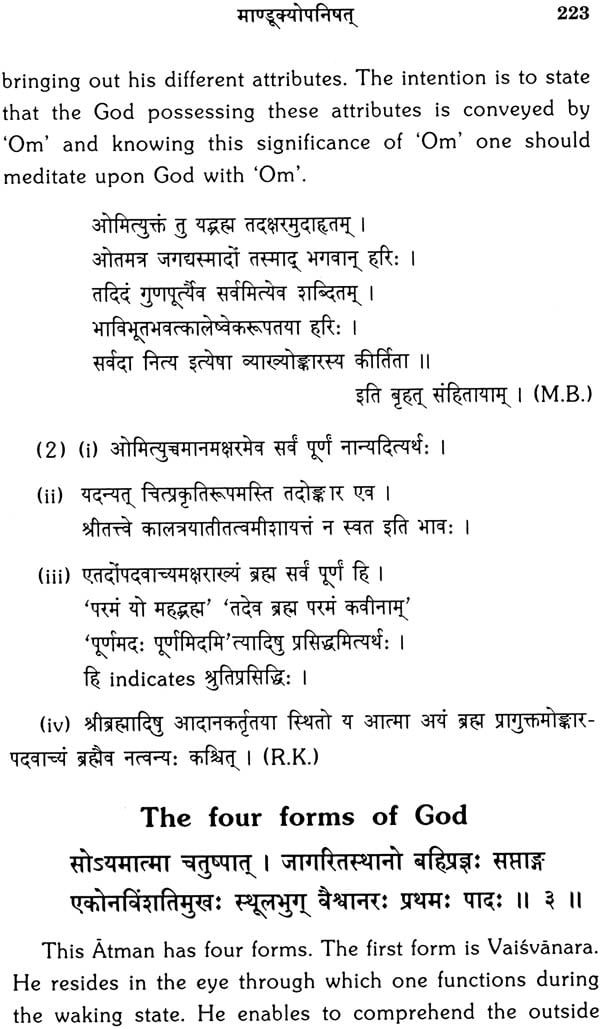 Meditation in Brahmasutras (A Study of Brahmasutras in the third and fourth Adhyayas, referring to the commentaries of Shankaracharya, Ramanujacharya and Madhvacharya, and to Raghavendratirtha's 'Tantradipika')
By Dr. Raghavendra Katti
$62
FREE Delivery Aitareya Upanishad (Truth: Before and After Creation)
By Swami Chinmayananda
$24
FREE Delivery