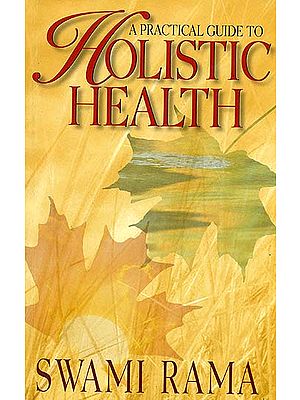 A Practical Guide to Holistic Health

Sri Swami Rama, educated in Himalayan cave monasteries and Western universities, teaches that holistic health depends on answering these two questions. In this book, he shows you how to discover your life's purpose and how to achieve optimum health through cleansing and nourishing, exercise and stillness, and understanding your emotions.

You'll learn the secrets of ancient practices that will help you rediscover you inner source of physical well being, emotional stability, and peace.

Sri Swami Rama, one of the greatest masters from the Himalayas, is the founder of the Himalayan Institute. Born in India, he studied in both India and Europe and received his spiritual training in the Himalayan cave monasteries and in Tibet. His best known work, living with the Himalayan Masters, reveals the many facets of this singular adept and demonstrates his embodiment of the living tradition of the East.

I was completing my fellowship in cancer surgery in 1989 when I heard Swami Rama give a lecture on breathing and meditation practices and their effects on health. Later, as I came to know him both as a teacher and spiritual father, it became obvious to me that all of his teaching was not only practical but also grounded in direct experience.

Swami Rama was one of those rare masters from the lineage of accomplished sages in the East who attained direct knowledge. He taught that the way to health was through a holistic approach, an approach that takes the entire being -body, mind, and spirit -into account. One of his constant themes, both in lectures and in conversation was that the basis of holistic health lies in our understanding of the purpose of life and knowing how to achieve that purpose. Swamiji often said that the power to make ourselves healthy lies within us all and will manifest if we are prepared to follow a systematic method of achieving it.

In spite of the enormous scientific and technological advances of the past half century, illnesses related to discontent, fear, stress, and unhappiness are reaching epidemic proportions. It is only recently that conventional medical science has begun to look beyond the physical being for the sources of disease. Slowly we are beginning to understand that we cannot hope to achieve radiant health until we learn to attend to the well -being of the mind and spirit, as well as that of the body. In this slender volume, written in 1978 when the concept of holistic health was almost unheard of Swamiji assures us that we each have the inner potential to be completely healthy and happy here and now. In one of his lectures, in a voice ringing with conviction, he even said, "I assure you that we have the power to convert food into poison and we have the power to convert food into nectar." He knew that when we assume responsibility for our own health and healing we will begin to make the life- style choices that will enhance our mental, emotional, and spiritual growth and ensure physical health in the process.

The most important lifestyle choice of all is the choice to have a positive mental outlook. As Swamiji often said" Attitude is the most important factor in realizing health." As a cancer surgeon I have seen the truth of this borne out again and again. On many occasions I have observed two patients with the same cancer undergo the same successful surgery and treatment, and yet experience entirely different outcomes. Why? Patients who live in constant fear that the disease will recur, those who are depressed and anxious and have a negative attitude toward life, have much more frequent events of recurrence, and consequently a shorter life than those with a positive outlook and a cheerful cast of mind.

I have also seen vivid proof of Swamiji's statement, "It is more important to be free of the fear of death than it is to be free from death. Fear of death is much more painful than death itself." There is no question that the negative side effects of radical surgery and chemotherapy are often more severe in those who are surrounded with negative emotions, especially the constant fear of death. True healing is impossible in an environment charged with negative emotions.

The choice is often ours. This small book,' which serves as a guide to the health of the body mind and spirit, is invaluable for anyone who is determined to take charge of his or her own well-being. It provides a simple, systematic approach to diet, exercise, and breath awareness

Positive use of emotions, relationships, meditation, and other spiritual practices so that the whole person body, mind, and spirit can achieve radiant health. It is a source of both inspiration and practical instruction for those who are truly determined to bring so much awareness, health, purpose, and joy into their daily lives that it spills over into the world that surrounds them. 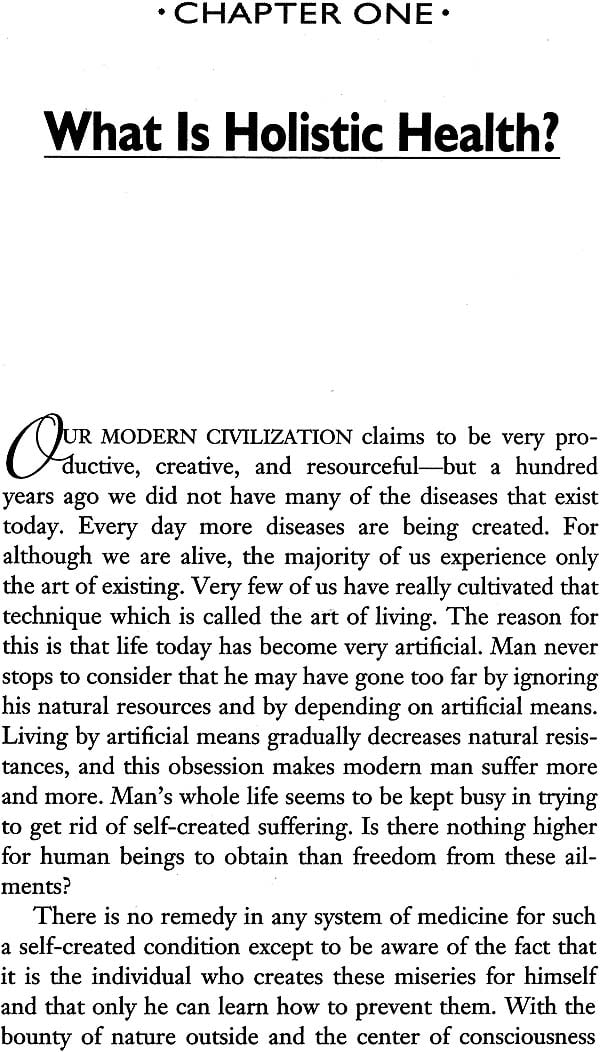 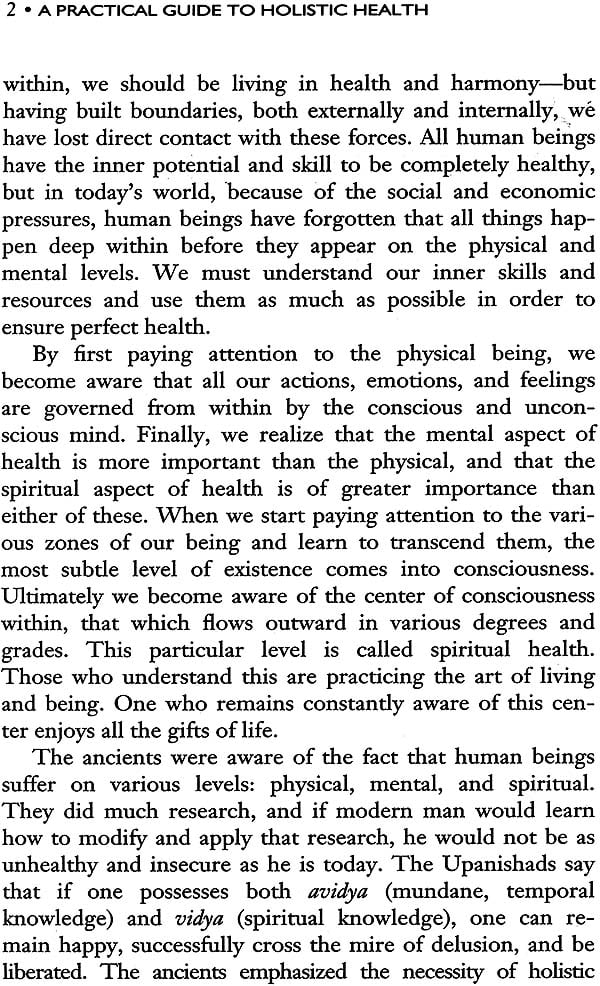 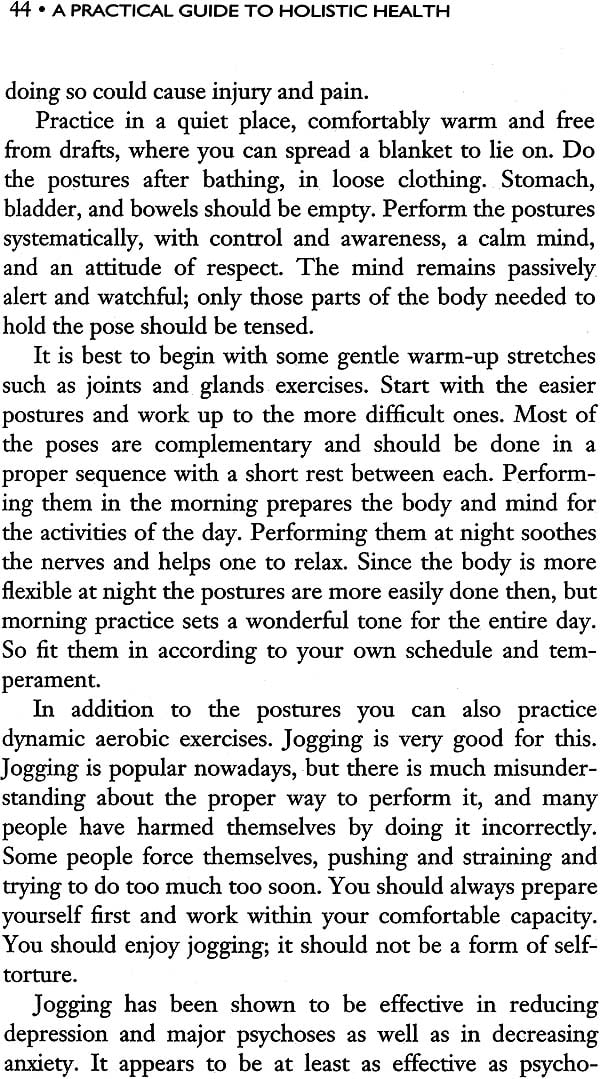 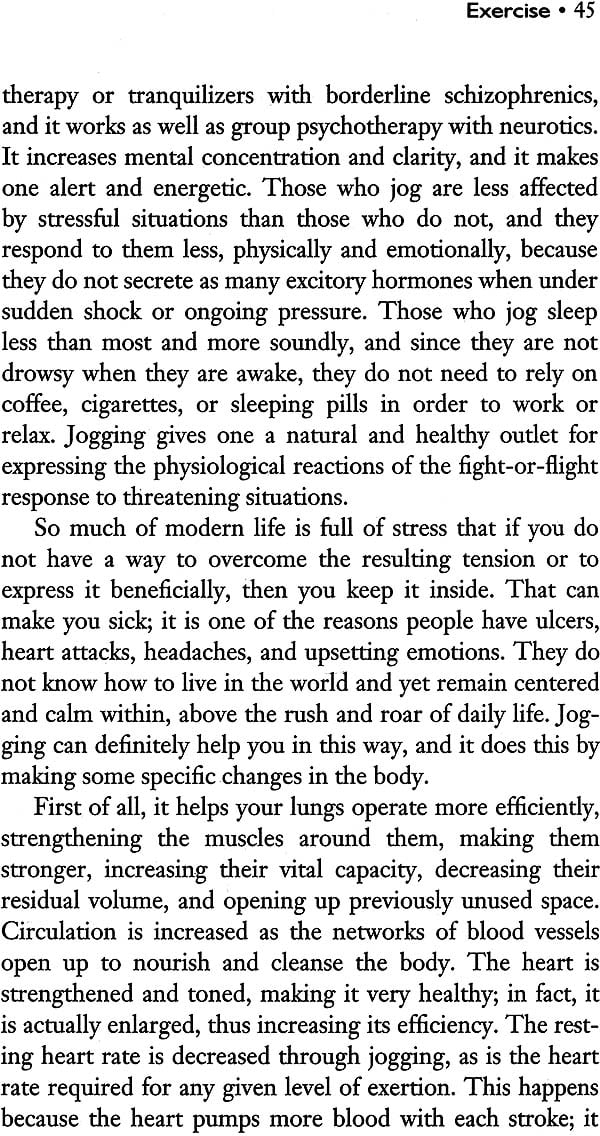 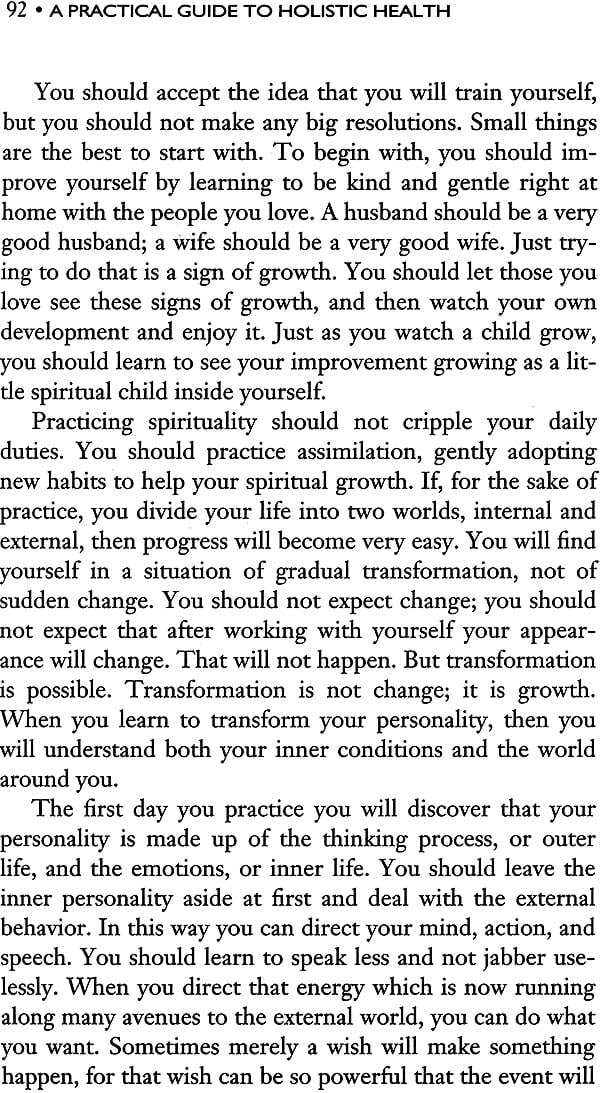 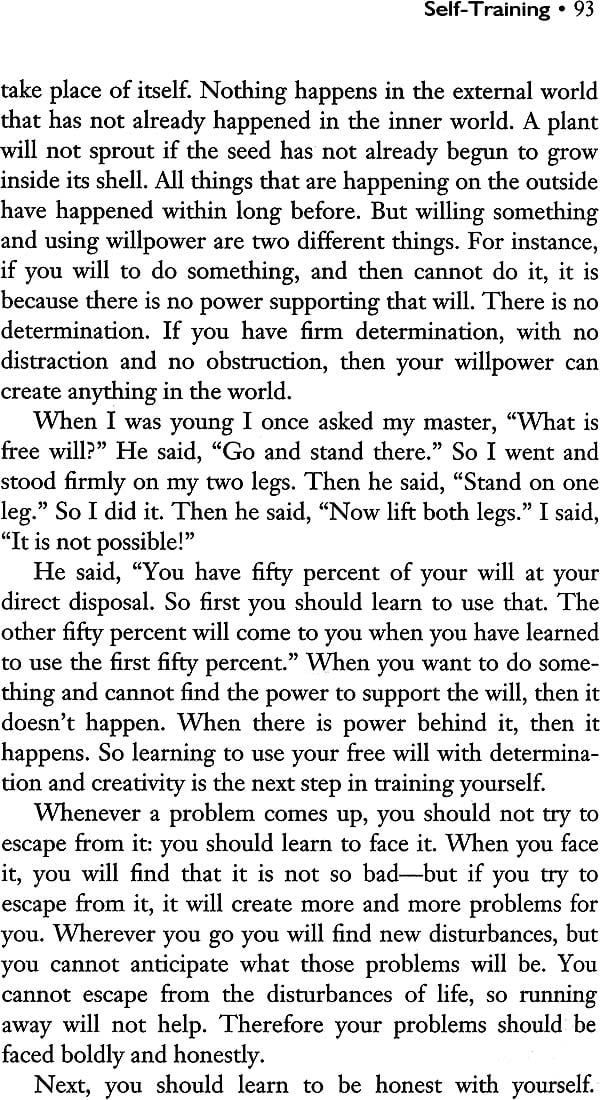 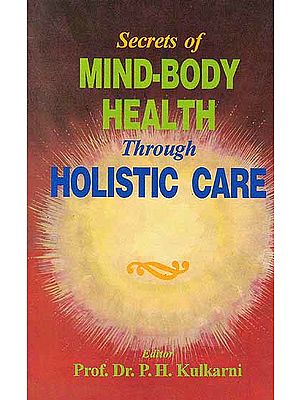 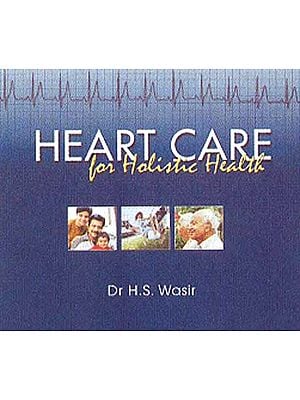 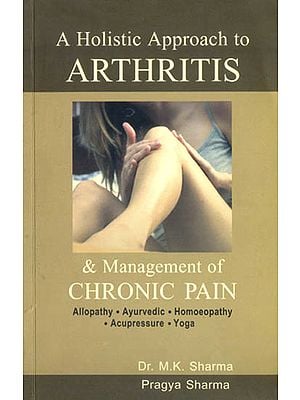 A Holistic Approach to Arthritis and Management of Chronic Pain (Allopathy, Ayurvedic, Homoeopathy, Acupressure, Yoga)
By Dr M.K Sharma and Pragya Sharma
$15
Out of Stock 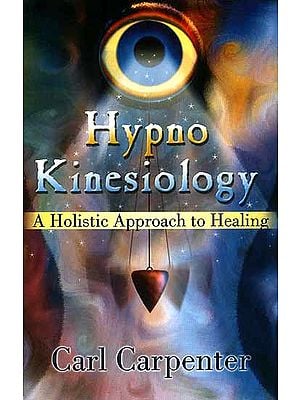 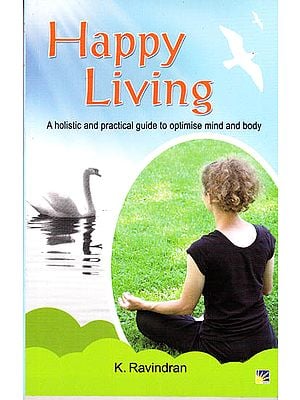