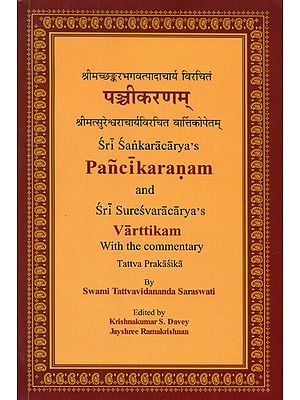 Sri Sankaracarya' s Pancikaranam is a short prakarana describing the essence of Vedanta. Several important topics are explained in this 'contextual text', including a Vedantic model of cosmology. Sri Suresvaracarya' s varttika is a commentary that elaborates on his teacher's text in 64 verses. This book is based on 17 lectures delivered by Pujya Swami Tattvavidanandaji in a Vedanta course conducted at the Arsha Vidya Gurukulam a few years ago, where he taught both texts.

To understand Brahman, a seeker first needs to understand creation. The text begins with the well-known Vedantic model of creation, wherein Brahman appears as the five basic elements, which combine in different proportions and manifest as this phenomenal world. Sri Swamiji, a scientist in his purva-asrama, explains this model in scientific terms so that the modern mind can grasp these concepts easily. As Swamiji points out, the purpose of this exposition is not to establish the model per se, but to reveal Brahman as the substratum of creation. The text then describes the three bodies (the gross, the subtle, and the causal) and the three states of experience (waking, dream, and deep sleep). It uses the adhyatma-adhibhuta-adhidaiva prakriya to describe the 15 constituents of the waking state as being the five sense organs, the five organs of action, the four levels of the mind, and ignorance.

Om is explained next as corresponding to Brahman as conditioned by the three bodies and manifesting in the three states of experience, closely following a similar exposition in the Mandukya Upanisad, The text concludes with a description of liberation and, in the process, unfolds certain sadhanas.

This book is meant for all spiritual seekers who are interested in clearly understanding several important Vedantic topics and want to pursue the study of the Upanishads in their quest for Self- knowledge. This text is not meant to substitute serious study under the guidance of a competent guru, but is meant to supplement such a pursuit. This important text is also meant for those who want to pursue contemplation seriously. Besides describing the model of creation thoroughly from a modern scientific perspective, Swami Tattvavidanandaji explains the significance of Om, and elaborates on how to meditate on Om. In his characteristic style, Swamiji highlights the importance of vairagya, dispassion in one's spiritual pursuits. Swamiji's absolute command over the subject matter and his precise and powerful use of the language renders this exposition masterly and authoritative.

A manuscript was first prepared by transcribing and editing the lectures. Sri Swamiji subsequently revised the manuscript thoroughly and incorporated the Sanskrit text and verses, along with transliteration, word-to-word meanings and overall meanings. We are sure that this book will be of help to all seekers in realizing the true purpose of life, that of gaining Self-knowledge. 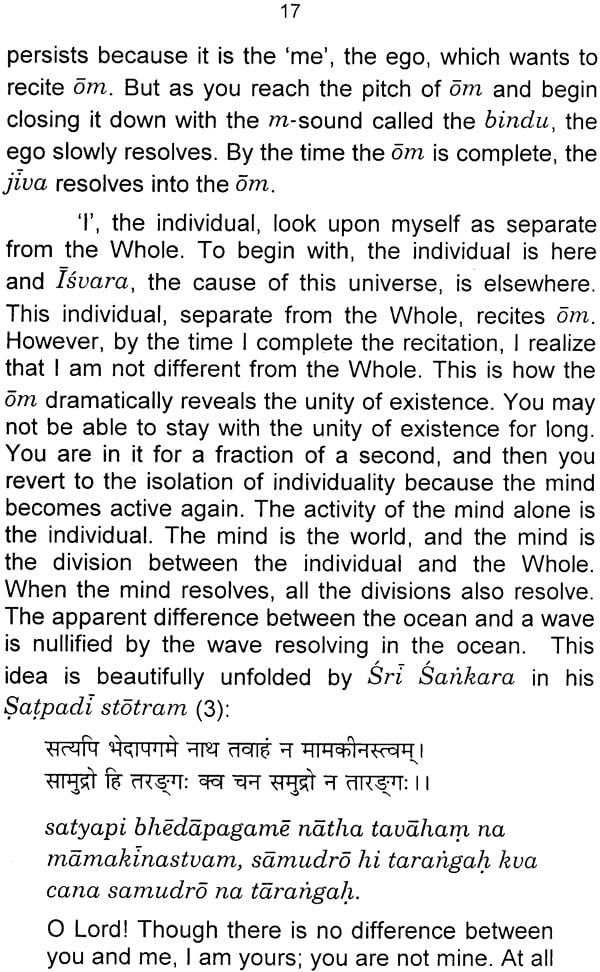 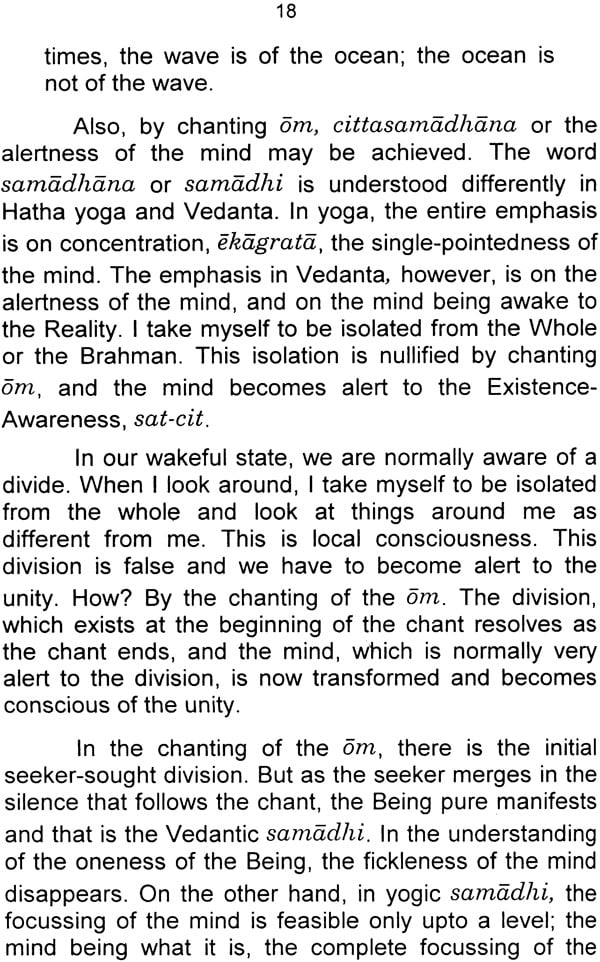 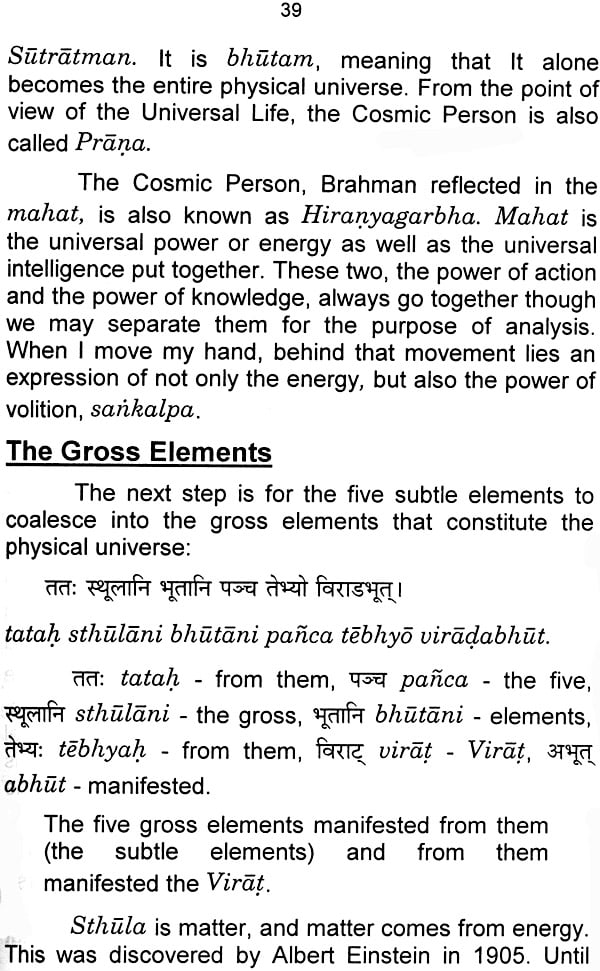 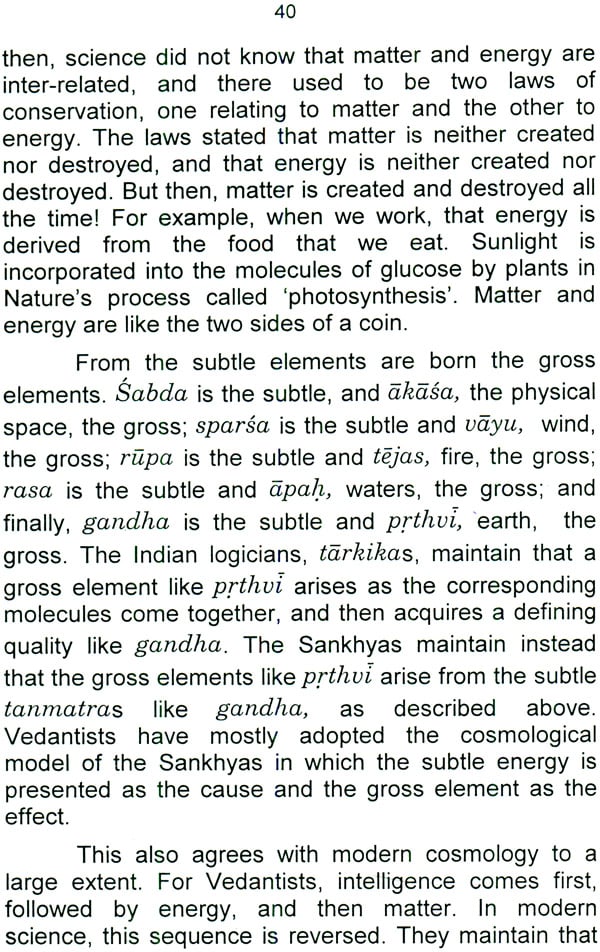 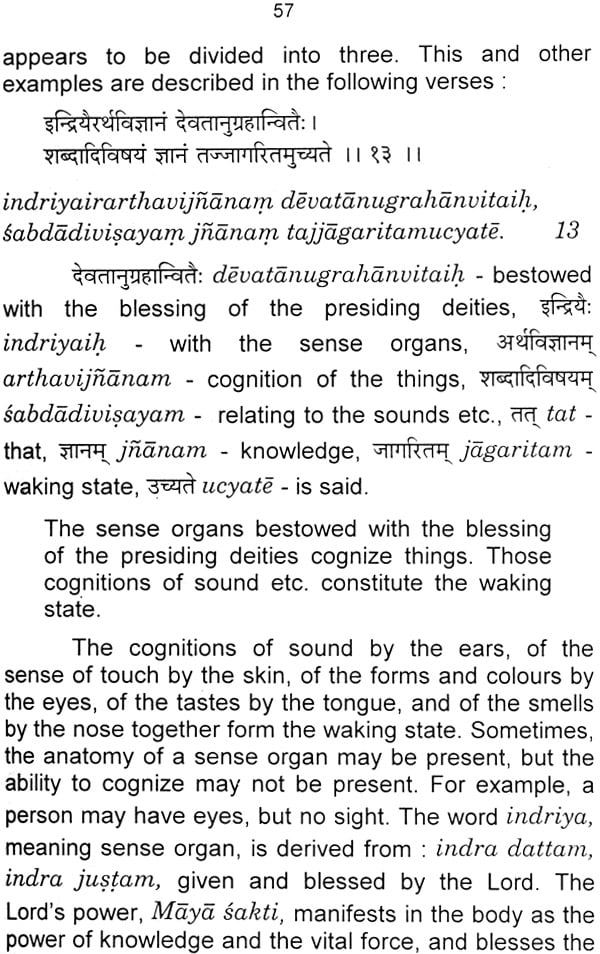 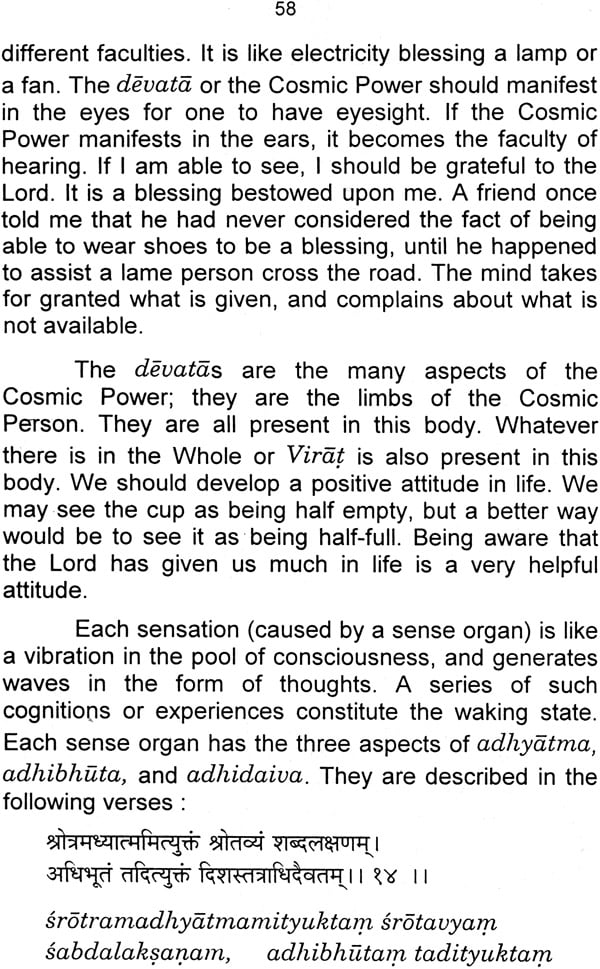 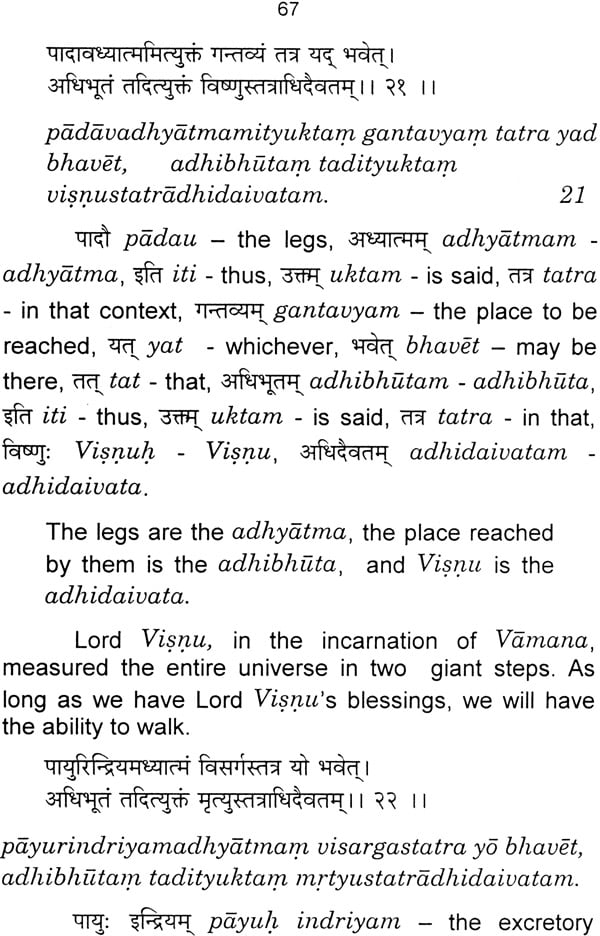 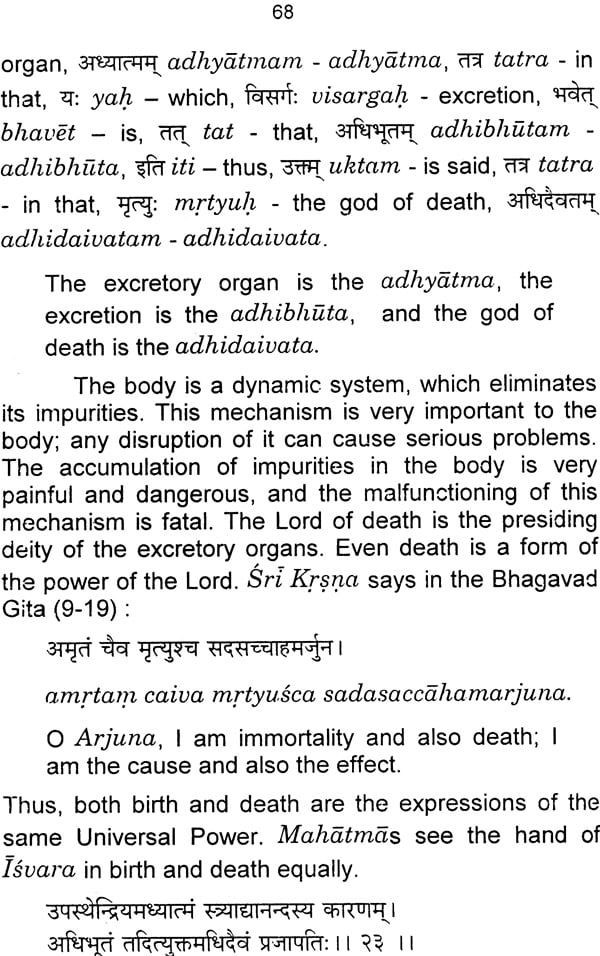 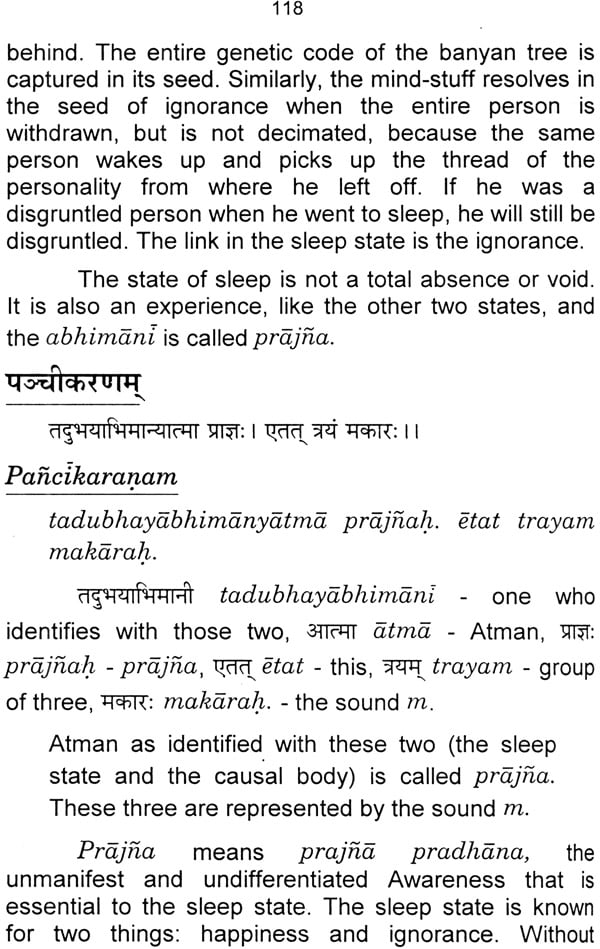 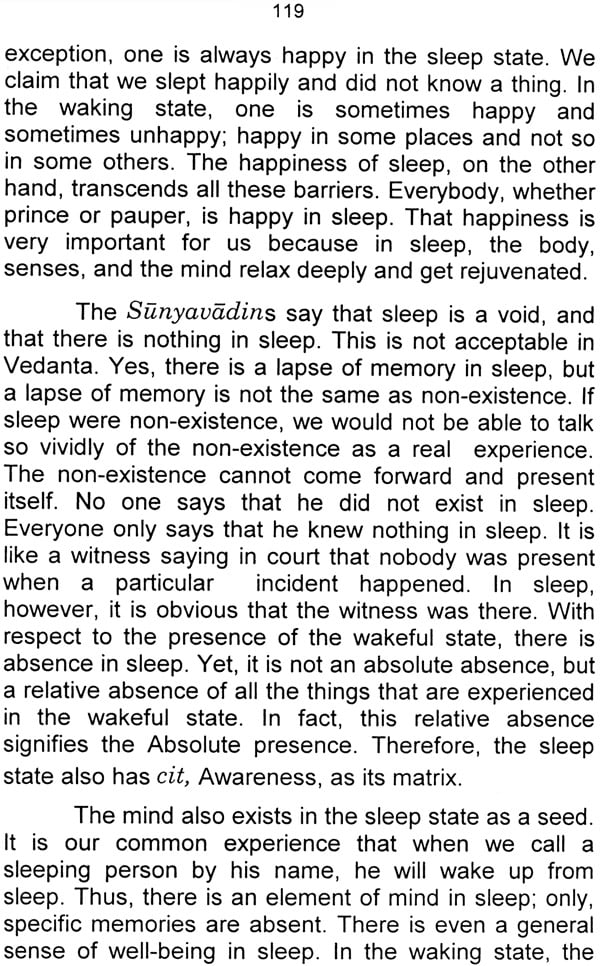 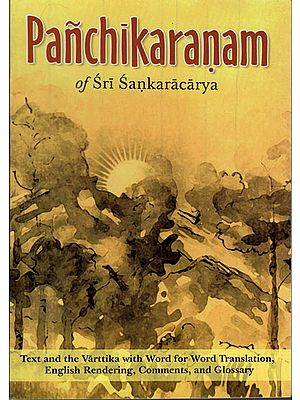 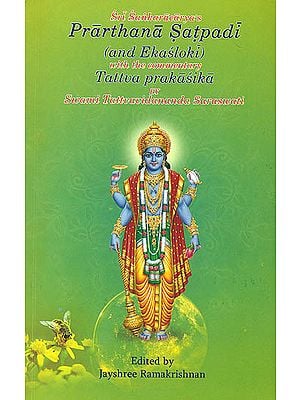 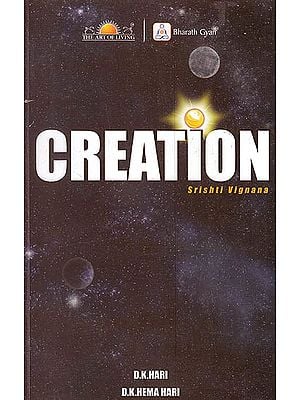