FREE Delivery
$31
Quantity
Ships in 1-3 days
Notify me when this item is available
About the Book
What is Ancient Indian Surgery Series?

Ayurveda is the ancient Indian medical system, about 2500 years old. It was written in Sanskrit. It is mainly available in the form of three major treatises— Caraka Samhita, a book on medicine, Suéruta Samhita, a book on surgery and Vagbhat Samhita, a mixed and later work. Many other concise treatises and monograms were written later.

Ancient Indian Surgery series in-12 volumes (10 volumes of the text and 2 supplementary volumes on drugs and synopsis) of more than 5000 pages is the only authentic, scientific, research oriented, English syntax interpretation of Susruta Sarhhita. The collaborative work has been carried out by the surgeons, physicians and scholars, mostly from the Institute of Medical Sciences (both modern and Ayurvedic wings ), Banaras Hindu University, Varanasi, India during the last 14 years.

What is Ophthalmic and Otorhinolaryngological Considerations in Ancient Indian Surgery?

Susruta Samhita consists of six cantos. The last one, Uttara-tantra, deals in its first third (26 chapters) with Salakya-tantra or the diseases of the eye, ear, nose and throat and the head ; these form the basis of Ophthalmological and Otorhinolaryngological Considerations in Ancient Indian Surgery.

What is the pattern of this book?

The book comprises of three sections—an initial introductory portion, main text in the middle and index of this book plus a list of all 186 chapters of Susruta Samhita along with their availability in the Ancient Indian Surgery series at the end each volume is a complete book in itself and is available separately as well as a part of the whole set.

The main text consists of the 26 chapters of Salakya- tantra. The INTRODUCTION contains a 4 line GIST of all the chapters and their page numbers enabling the reader to pick out the topic of interest. Each chapter then gives a SUMMARY in the beginning, outlining the salient points dealt with therein, along with the verse/stanza number concerned; each verse/stanza has been given an appropriate HEADING in the text followed by the ORIGINAL SANSKRIT in Devanagari script and its ENGLISH SYNTAX TRANSLA- TION, ‘ready on the plate’, so that it will not take more than 5 minutes for .a reader to find out the exact reference being looked for even if one is not conversant with Sanskrit. FOOT NOTES have been given only where considered essential. Each chapter in the end contains a list of SUGGESTED RESEARCH PROBLEMS the basis of which is given as the reference number of the verse/stanza concerned.

Medicine had its beginning in mystery and superstitions in ‘she dark backyard and abysm of time’. The mystery, the magic and the medicine were one and the same. Medicine was first a religion, then it became a science.

When we look back into the diamond distant past we see the primitive man terrified by the world around him and ascribing diseases as well as his other misfortunes to supernatural malevolent forces and to the influence of spirits to be placated by sacrifice. It was the age of wizard doctor, the medicine man, the fetish and talisman, an age which has perhaps even yet not entirely passed away. As a matter of fact the medicine man represents the oldest professional class of which we have record. The oldest surgical operation of which we have evidence is trephining which consisted in opening the skull with a sharp stone instrument with the object of letting out the evil spirit.

When we trace back to the Vedic age (8000 B. C.) where we see the first dawn of Aryan civilization, we find in Rigveda, the oldest and the first treatise of the world, there is a mention of the revival of the lost eye.

The Creation of Ayurvedic Samhitas

After Upanisada age, the third important period belongs to the glorious age of Samhitas. We see that it was the real age of organisation, shaping, creation, preservation and particularly specification of Ayurveda as a separate branch. In this age this great science was specified into its different sections namely, Surgery (Salya) and Medicine (Kayacikitsa), etc. Susruta Samhita, the treatise of Surgery, and Caraka Samhita, the treatise of Medicine are the two greatest contributions of this age available today more or less in complete forms after having gone through their two or three redactions. These are the two of the three chief constituents of the greater triad, the Brhattrayi. 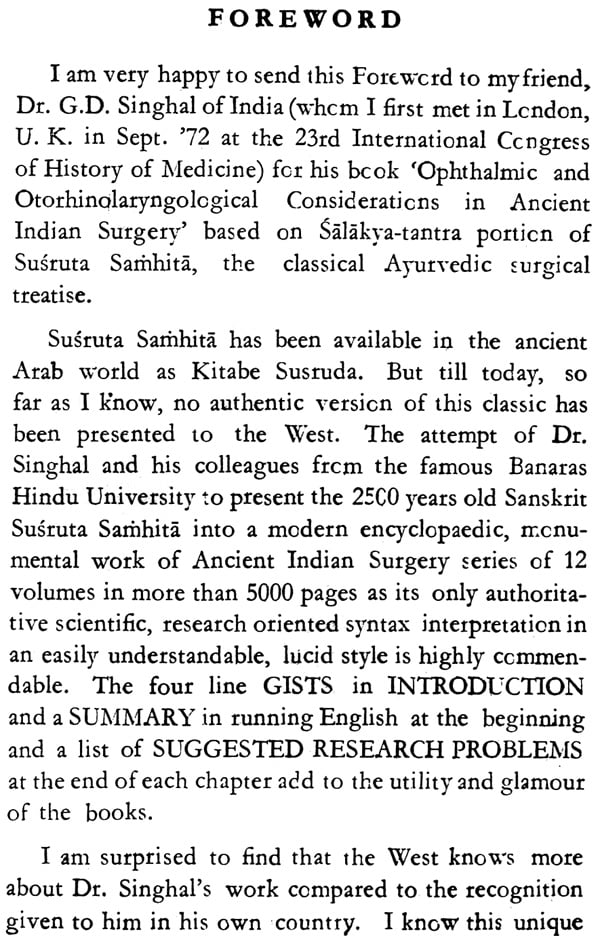 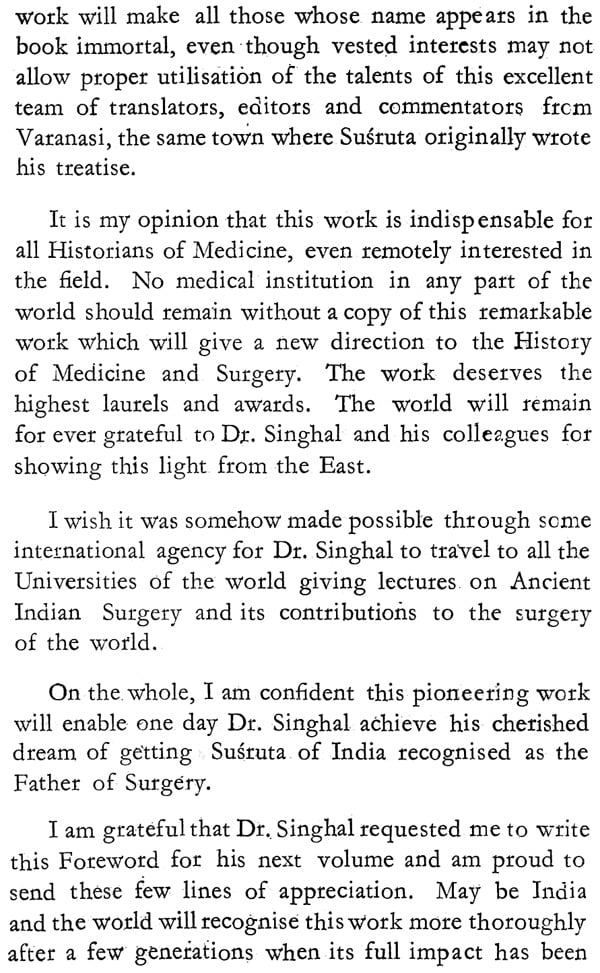 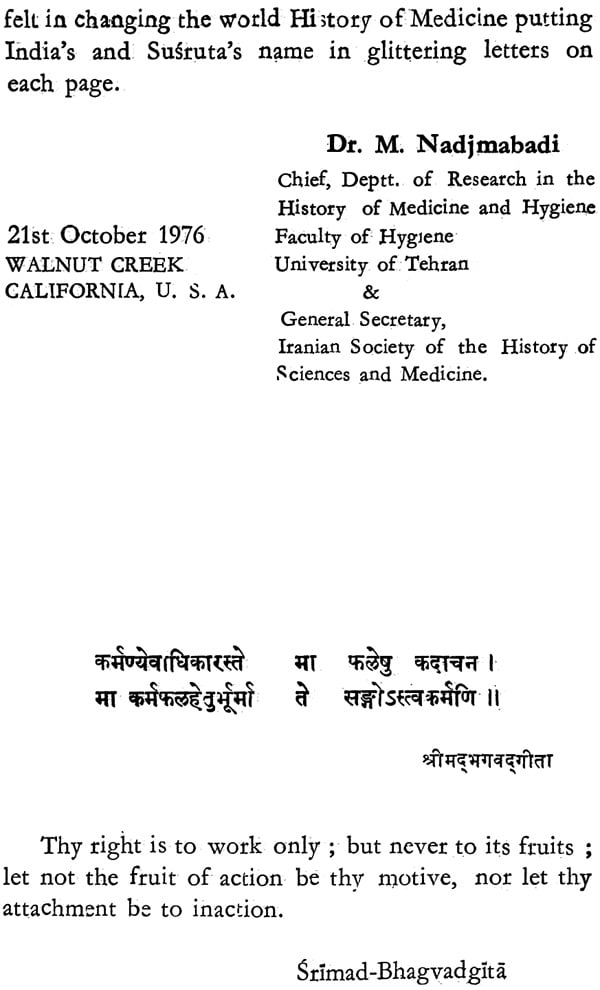 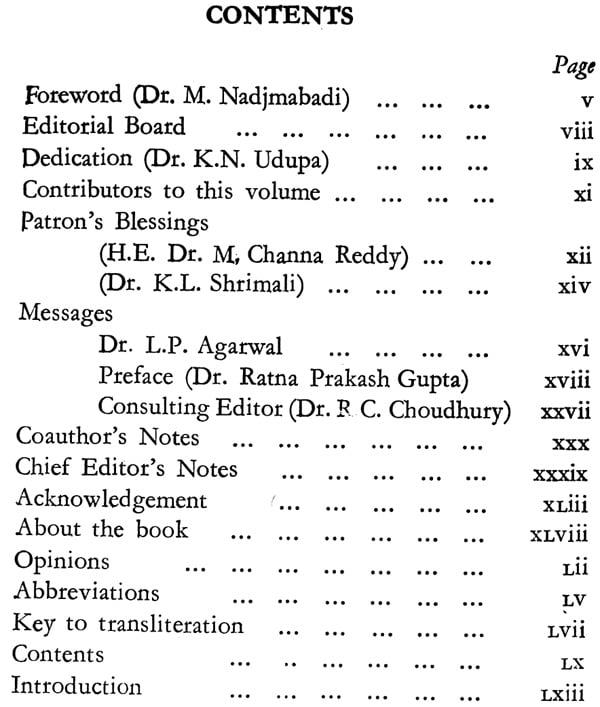 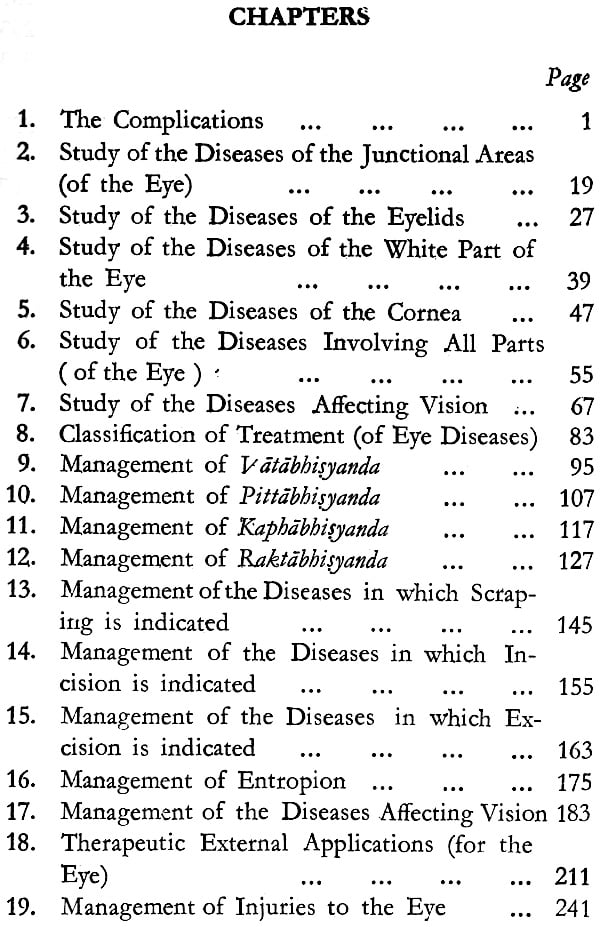 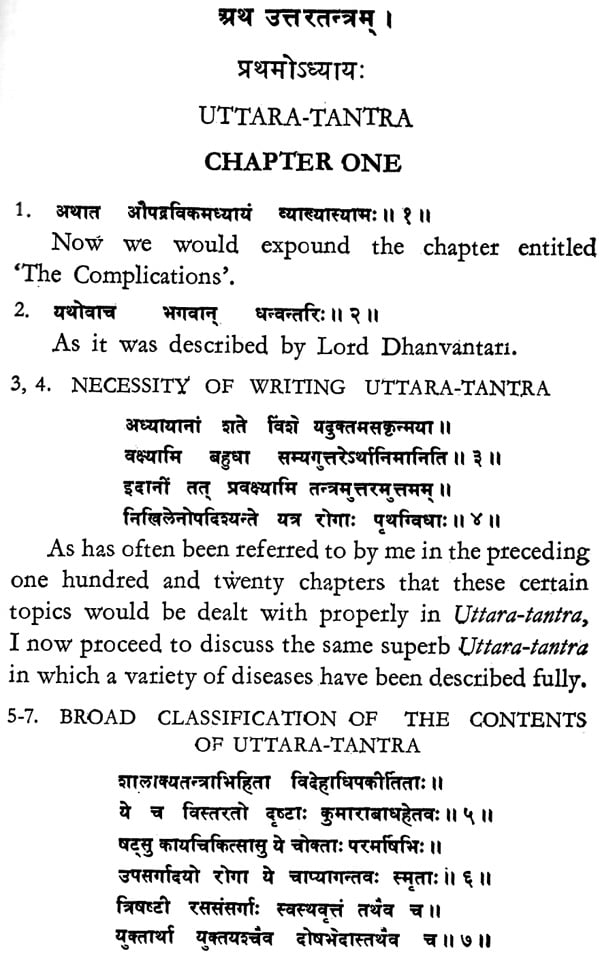 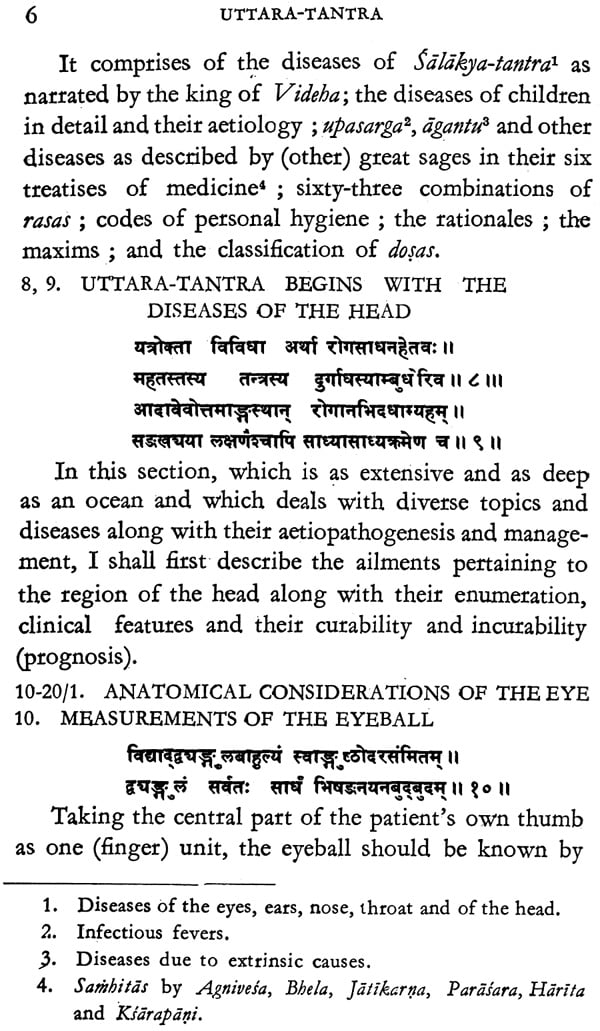 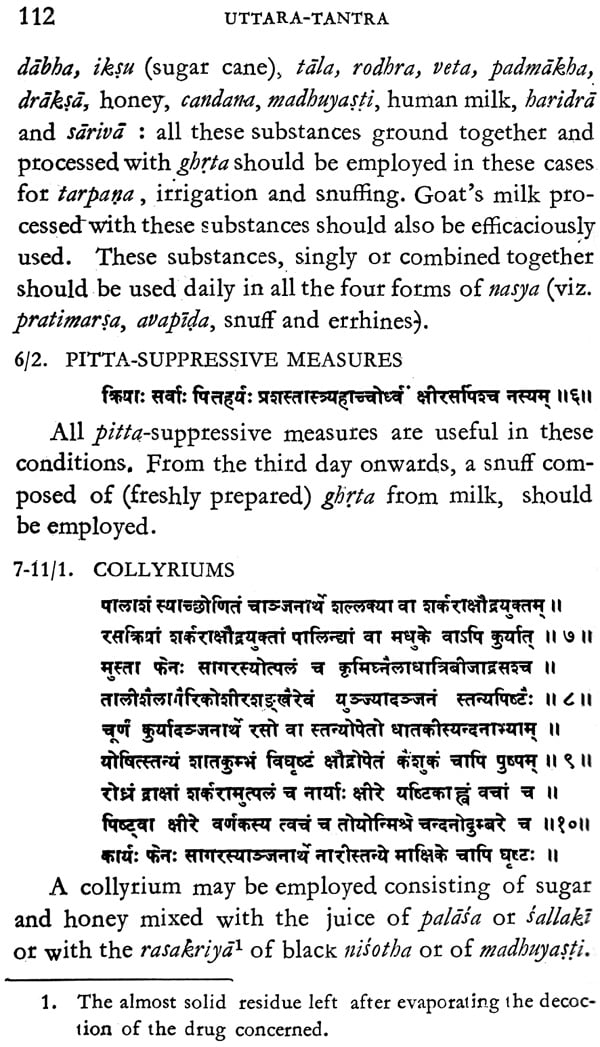 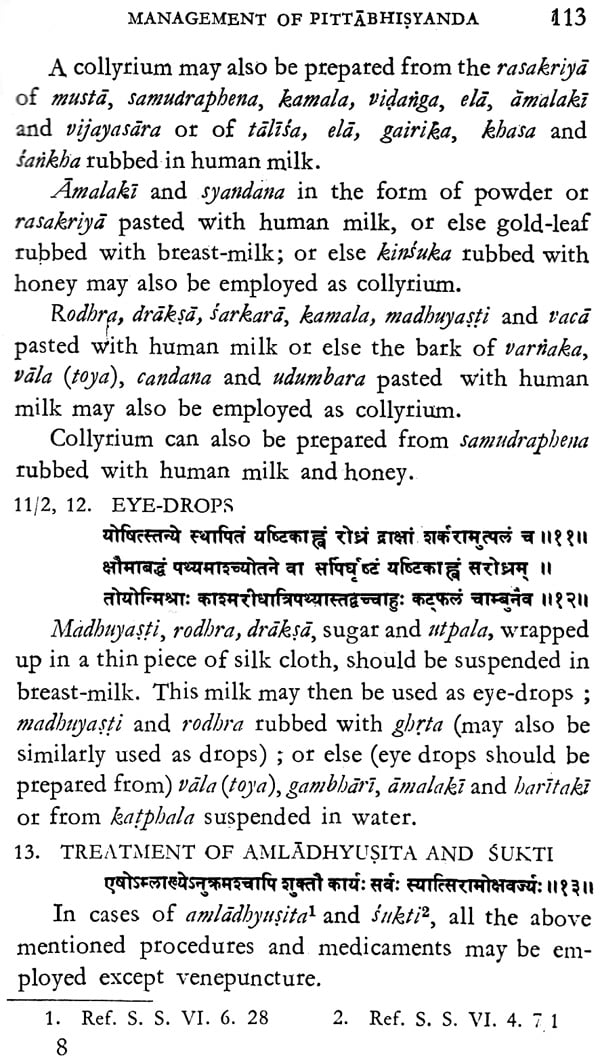 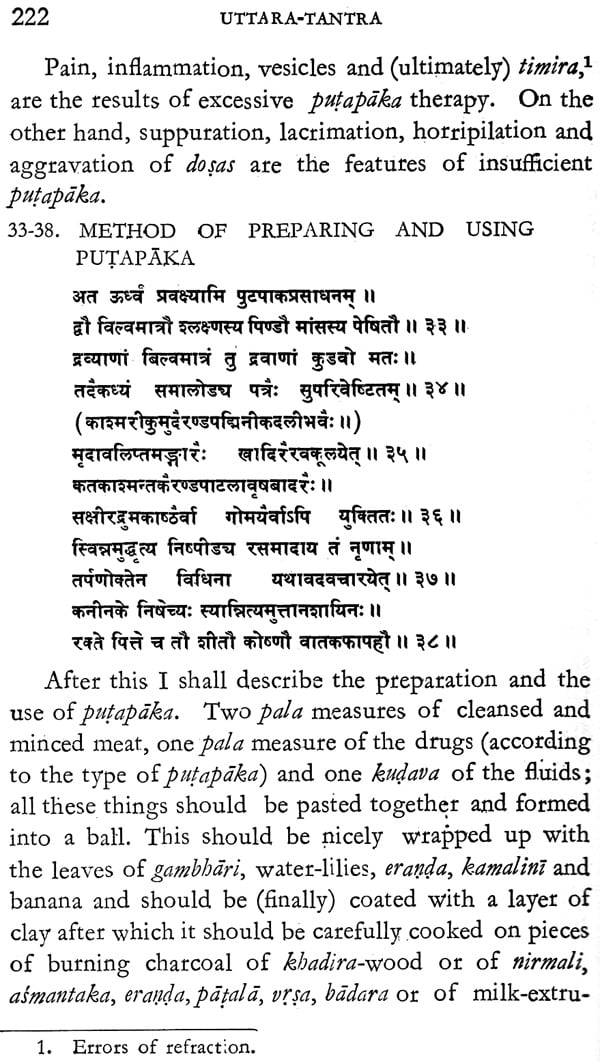 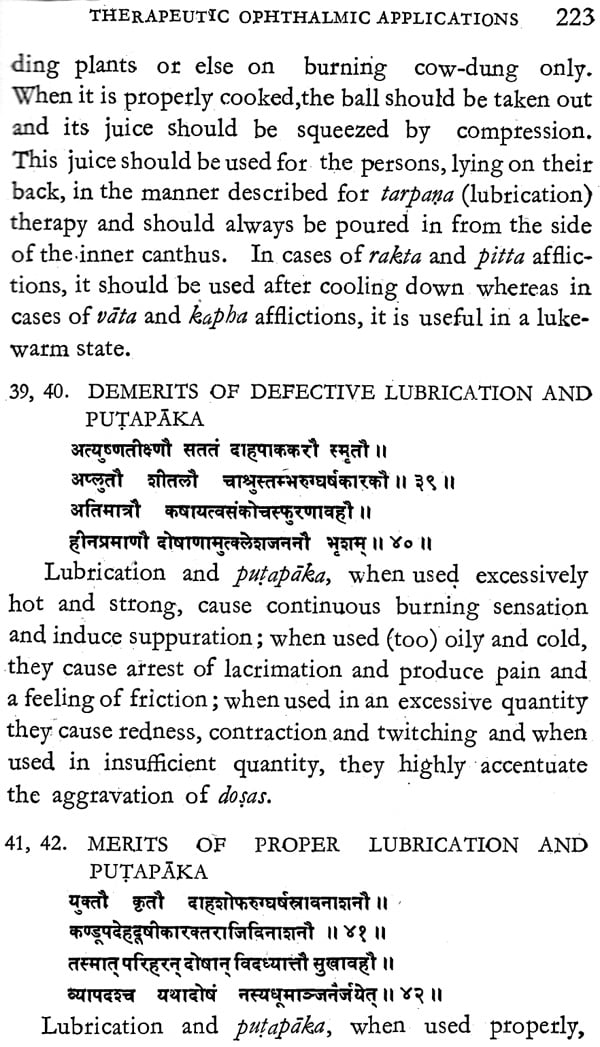 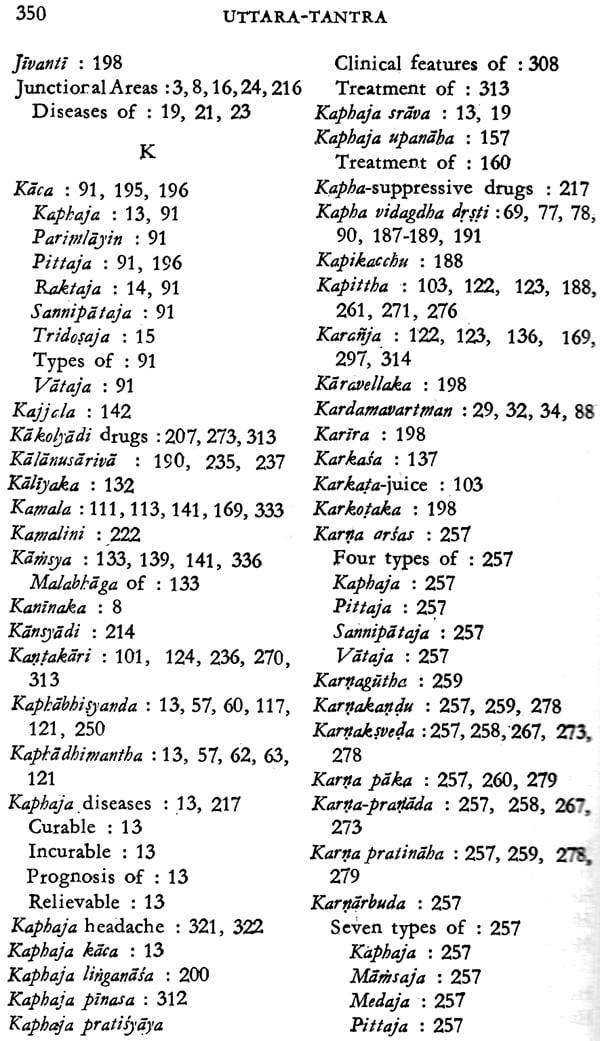 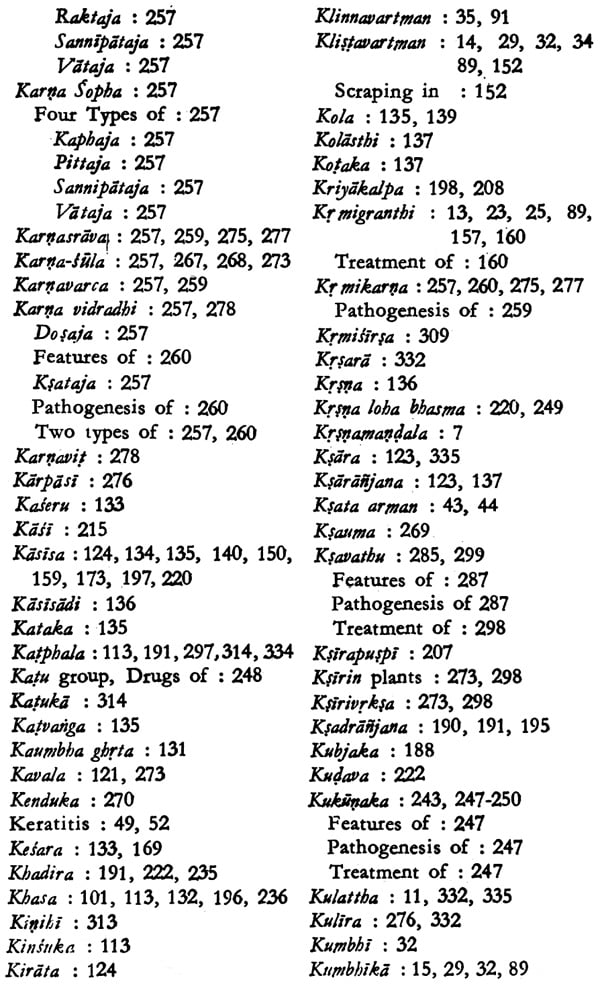 Ayurvediya Kriya Sarira: A Text Book of Ayurvediya Physiology (According to the Syllabus of Central Council of Indian Medicine)
By Dr. Yogesh Chandra Mishra
$29
FREE Delivery