Yogavaasishta is a treasure house of the ancient Indian philosophical wisdom. It offers logical and practical answer to questions like: What is Mind? What is world? What is the purpose of existence? What is Brahman?

It is a poetic classic by the Sage Valmiki explaining the nature of The Supreme Self expounded in his own inimitable and graceful way as a Discourse between Maharshi Vasishta and Lord Sri Rama.

The Present Volume, "Musing on Yogavaasistha" - Part VI (Liberation, Book - II), is a presentation by Brahmasri Kuppa Venkata Krishna Murty, the Vidyadhikari of Avadhoota Datta Peetham, Mysore and form a part of his lecture on "Yogavaasishta" telecast by Gemini T.V. in Telugu. This Volume is a rendering of the same into English by Dr. Vemuri Ramesam.

The series of my Discourses on Yogavaasishta being televised by the Gemini T.V. for the last eight years as well as the three earlier books published in Telugu and English based on these talks have received an overwhelming response from the public. I am particularly pleased to note that there are, amongst them, many young men and women, natives and NRIs, who are attracted by the subtle and straightforward logical approach adopted by Yogavaasishta in establishing the illusory nature of the world.

I present to you now the book on the sixth Chapter of Yogavaasishta as Part VI: Book II of Nirvana (Liberatioin).

Dr. D. R. Rao and his wife, Srimati Vijaya Rao who kindly supported the publication of English and Telugu versions of the earlier volumes are funding the publication of Part VI too and benevolently making it available to the devotees May the unlimited grace of the Revered Guru Sri Ganapathi Sachchidananda Swamiji be with this noble family, their children and their future generations!

Dr. Vemuri Ramesam, a senior reputed scientist was kind to render into English this Part of the series, diligently going through each of the words with me for clarity for readers in English. May he and his family be blessed by the benevolence of Respected Guru Shri Ganapati Sachchidananda Swamiji to enable him in experiencing the final goal of all Knowledge!

We presented the transliterated version of original Sanskrit slokas whenever they were quoted using the Itranslator of the Omkarananda Ashram, Rishikesh, 249192, Uttaranchal, India. The software is simple to operate and those desiring to have the slokas in Devnagari script can print using the transliterated text. Itranslator is downloadable from their website: www.omkarananda-ashram.org. We express our gratitude to Omkarananda Ashram for the software.

Some writers referred to acquiring Vedantic knowledge from scriptural texts as "Jnana" and experiential understanding of the same as Vijnana, while others considered knowledge dealing with material objects as "Vijnana" (Science) and the Knowledge that leads a person to liberation as "Jnana". All such apparently contradictory usages of the words arose because, in a sense, "Vijnana" itself manifests as Jnana and Jnana manifests as "Vijnana" and both knowledge and realization become one and the same in the end. Inspired by Reverend Guru Shri Ganapati Sachchidananda Swamiji who understood this secret, I have become instrumental in establishing the Institute of Scientific Research on Vedas (1- SERVE) with the aim of understanding the Supreme through a study of the physical principles. For those interested, details with respect to I-Serve are appended to this Preface.

I am including the introductory note of mine written for Part I - Vairagya and Mumukshu Prakaranas in this book. I trust the readers will get an overall idea of the original Yogavaasishta from this.

As a matter of fact, I too was a listener to the discourses! I too am a reader of these compilations!! It is some One residing in me that makes me speak and pushes my pen to scribble!!! I pray to our Reverend Guru Shri Ganapathi Sachchidananda Swamiji to bless us all so that we will have an experiential understanding of the compassion of that One!

The first part of the Chapter: Nirvana of Yogavaasishta (Part V: Book - I) closed with Lord Rama being brought back from his deep meditative state (Samadhl) into the empirical world by Sage Vasishta at the request of Sage Viswamitra. One may infer from the way Sage Valmiki described the entire event that Self- realization happens effortlessly to a fully eligible and mature individual at the completion of a single cycle of Listening (to Scriptural teachings) and Reflection (on what is heard). However, it is possible that a number of doubts and reservations may still continue to persist in the mind of a seeker regarding the attainment of a stable and lasting Realization of the Self. Some of the questions that began answer could be:

Will a Self-realized individual be able to function back again in the phenomenal world or not?

In case (s)he is back in the activities of the world, would his mind lose Identity with Brahman?

Is there a way to abide firmly in Brahman even if the mind of a Self-realized individual happens to dwell on such worldly affairs that are contra to a position of Self- realization?

Sage Viswamitra and other saints and ascetics were undoubtedly happy at Rama attaining Self-realization (Samadhl). Yet they wanted the Sage Vasishta to interrupt Rama's Samadhi state and bring him back into the phenomenal world. What could be the possible reason behind such a request of Sage Viswamitra and others? Could they have wished to botch up the Self-Knowledge of Rama? Or is it possible for one to continue to abide in Brahman though he may be out of Samadhi?

There is an obvious need for clarity to emerge on the above matters.

It is precisely for that reason does Sage Valmiki continue with the Book" of the Chapter: Nirvana. The Sage did deliberate on these issues during the earlier chapters; yet we find a marked difference in the way these matters are raised and then resolved again in this Chapter. The solutions offered in the previous chapters were discussed from the position of an individual who had not as yet attained Self-realization (Samadhl). The current discussions are presented from the viewpoint of a Self-realized man. Sometimes Sage Valmiki repeats in the forthcoming Sargas the very same verses that he talked about in the previous chapters. But he adopts each time a novel way in establishing the point in an argument. Further, he digs deeper into the meaning underlying the stories he illustrated previously and explicates them in a new light. Hence one cannot lightly dismiss the second part of the Chapter: Nirvana as a mere repetition of the past chapters.

Sage Valmiki gives greater importance to the matters of principle and related technical aspects in his deliberations in the Book" of Nirvana. He narrates far fewer stories. As a result, the discourses wear a scriptural hue and may even occasionally seem highly pedantic. We shall, however, try to present here the exposition in as simple a manner as possible.

The discussions between Lord Rama and Sage Vasishta ended in the 126th Sarga of Book I of the Chapter: Nirvana. The next two Sargas (127 and 128) were the description of the dialog between Sage Valmiki and his disciple, Bharadwaj. The dialog takes off with a question posed by Bharadwaj whether Lord Rama had any unresolved issues pending at that stage. 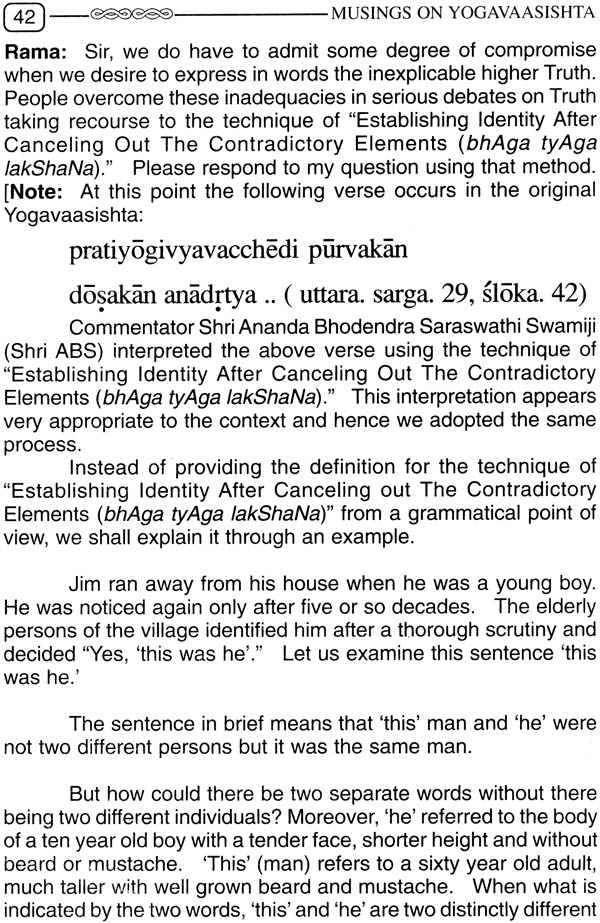 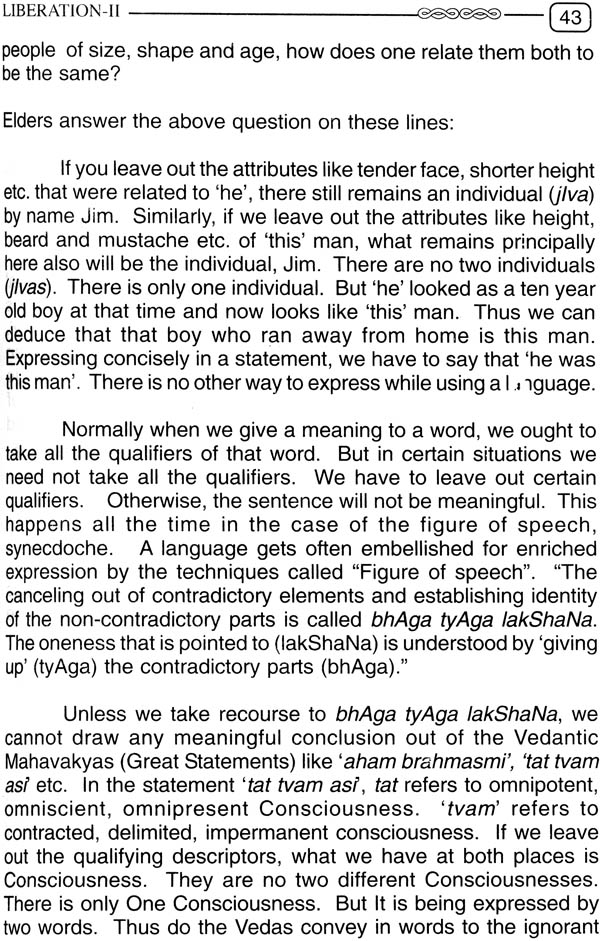 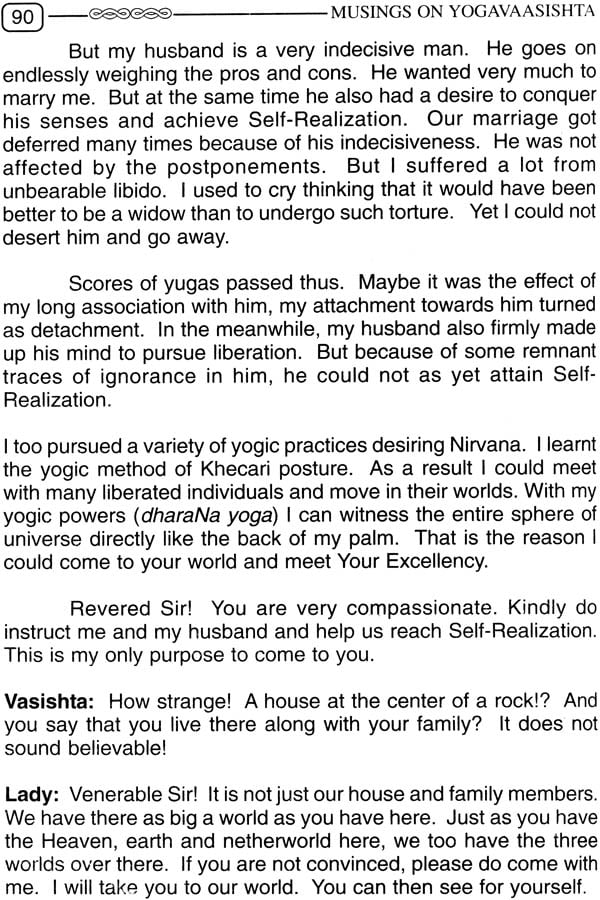 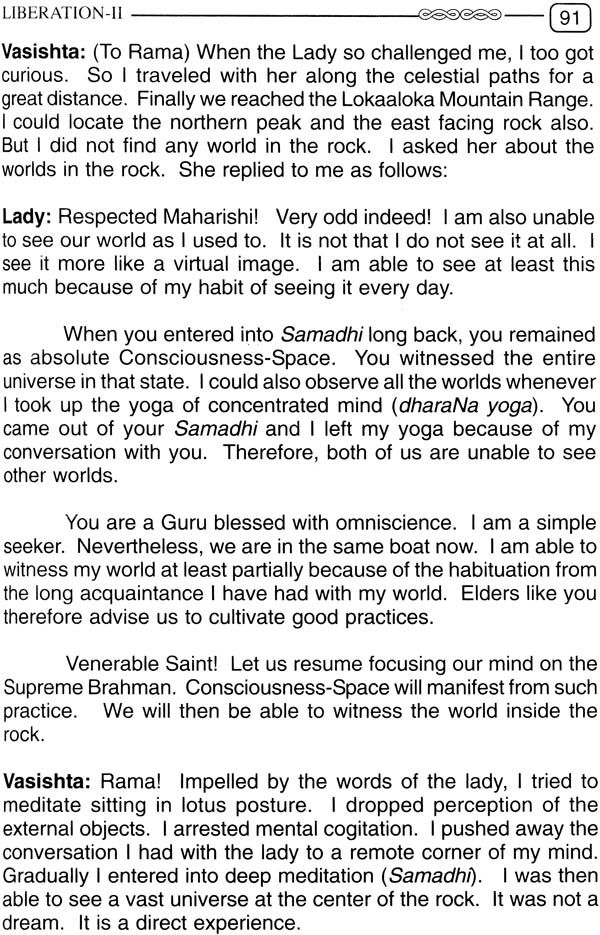 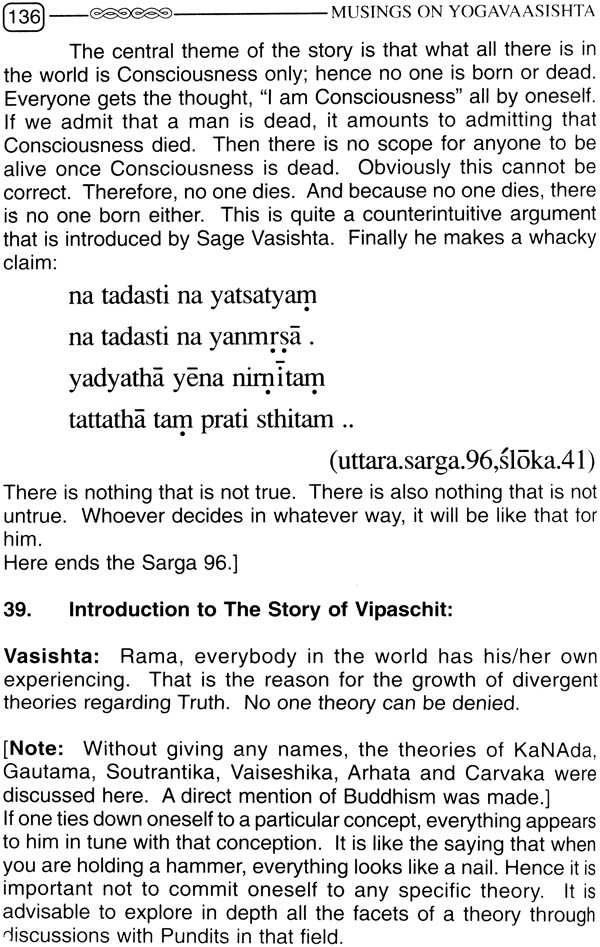 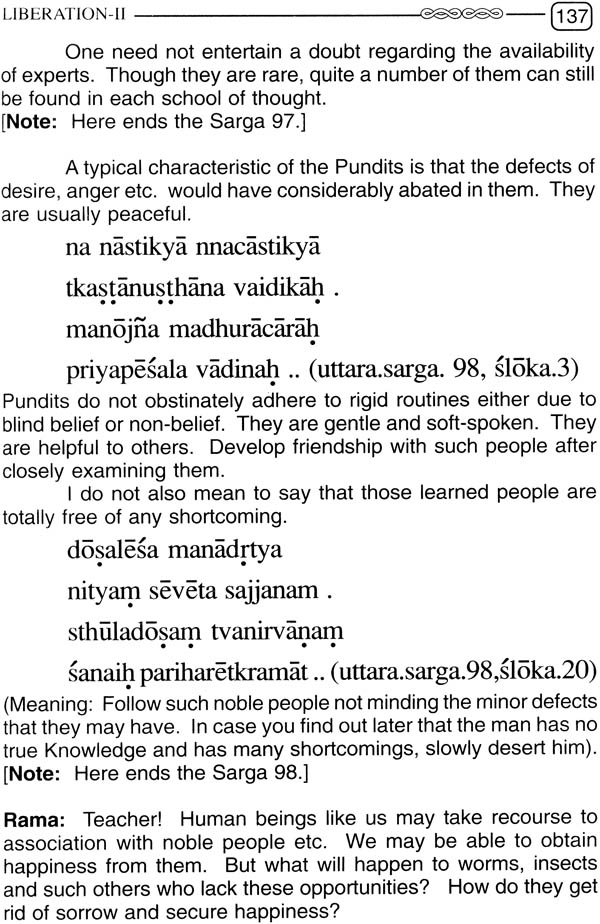 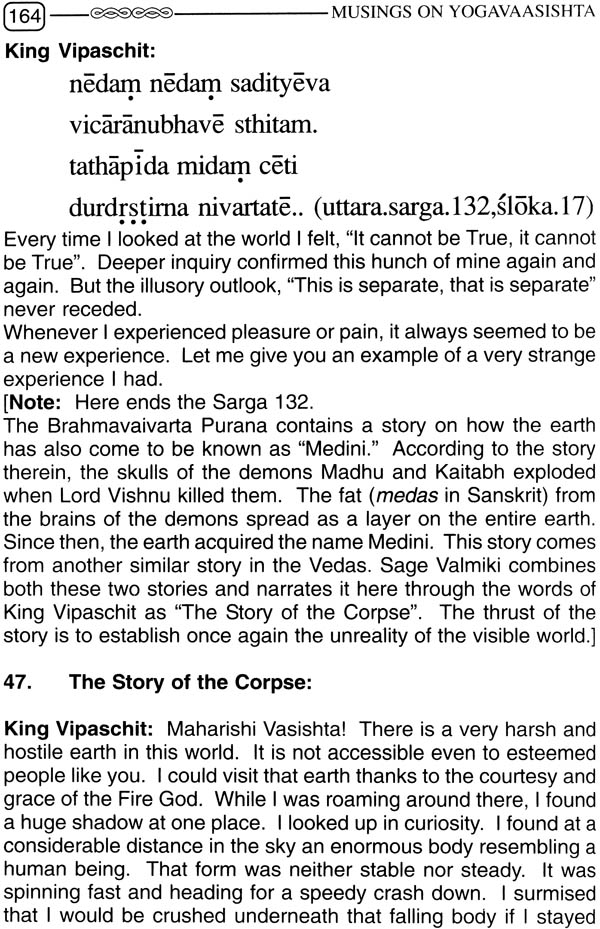 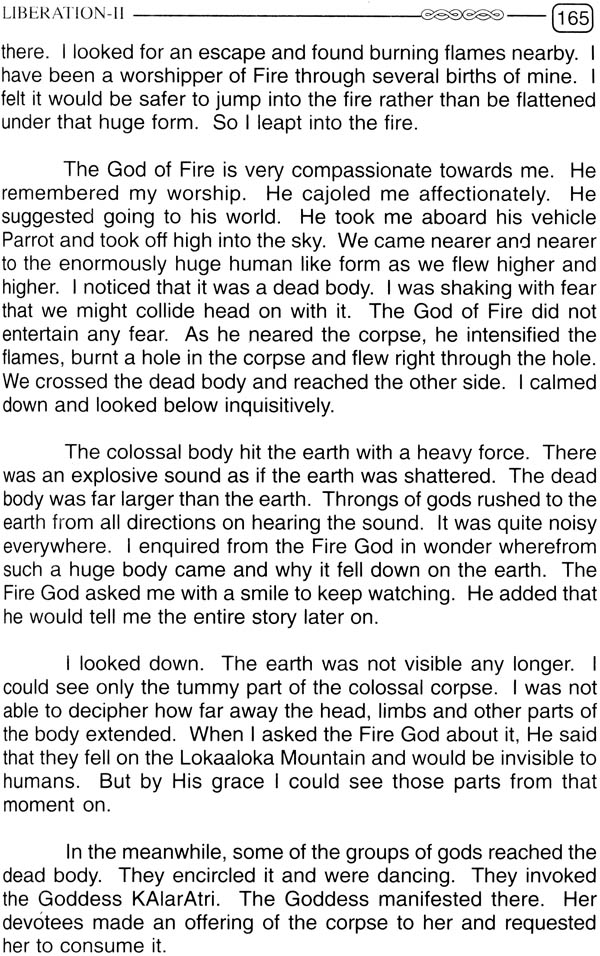 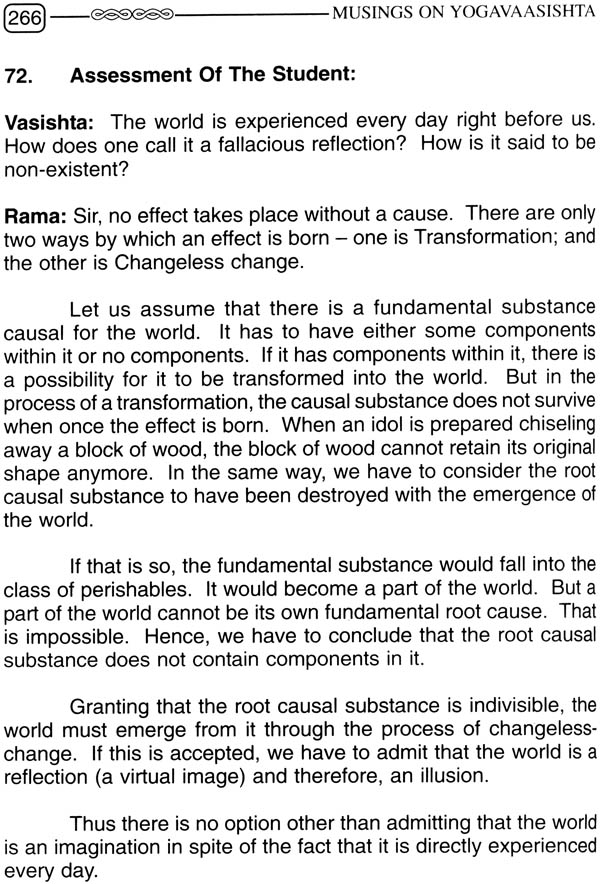 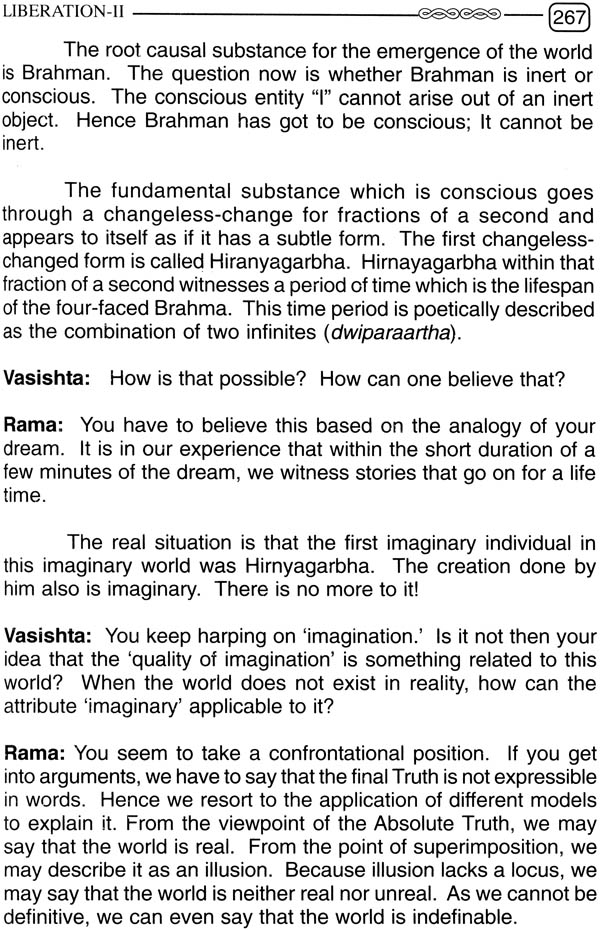 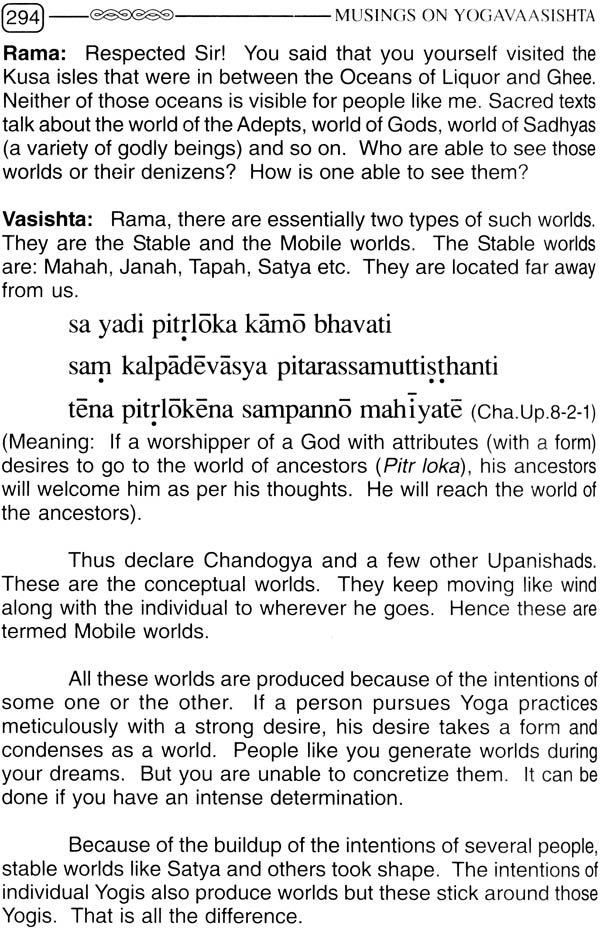 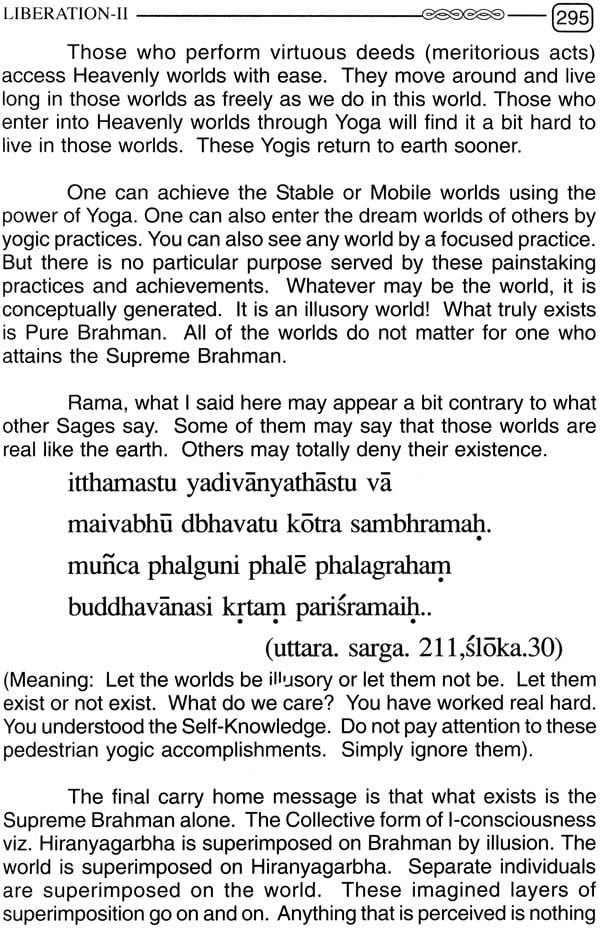 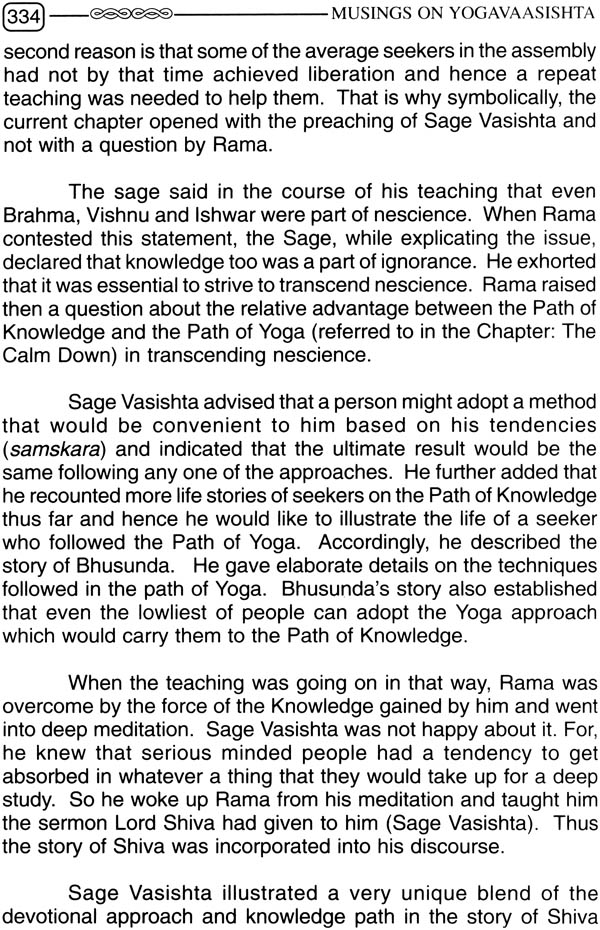 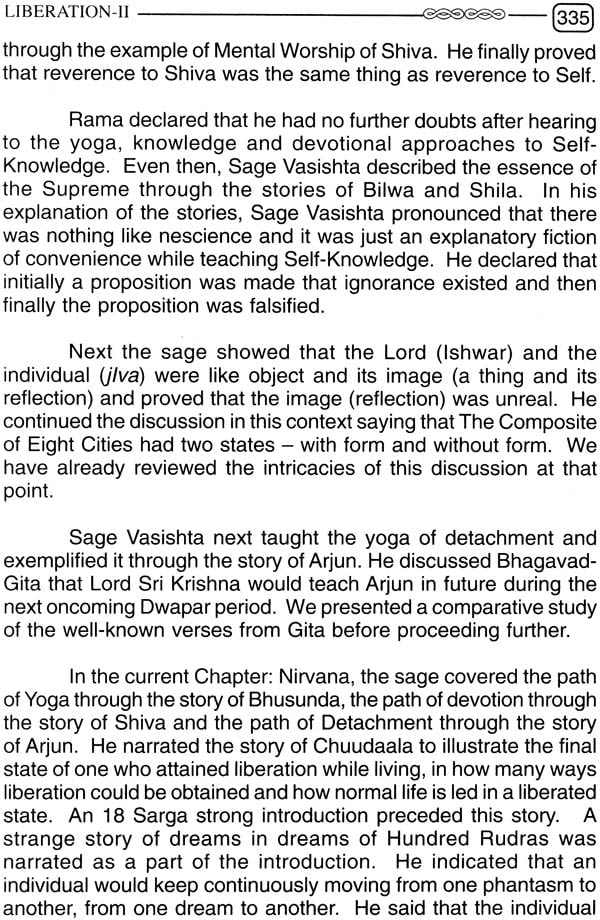