Morphophonemic Analysis of the Kannada Language: Relative Frequency of Phonemes and Morphemes in Kannada (An Old and Rare Book)

It is an accepted fact that a language has a limited corpus and it is neither possible to count the total vocabulary nor the total structures of a language. Several efforts have been made to make vocabulary counts with a different degrees of success and usefulness but none of them claim to be final in any sense.

Among the Indian languages phonemic and morphemic frequencies have been worked out for Hindi, Gujarati, Marathi, Oriya, Tamil, Kannada and Malayalam. These studies List the frequency of phonemes, morphemes and words in a running list of one lakh items randomly selected from all levels of written literature. Although these studies are particularly useful for devising speed writing, typewriter key boards etc., from the Point of view of teaching and learning they are of limited use. For instance, given the information that the frequency of ‘lie’ is 1,227 and that of ‘Sam’ is 5, how is One to interpret this? Similarly, given that ‘laga’ is 106 and ‘lagata’ is 1, one is faced with parallel problems of interpretation. Do they lie within the commonest range of vocabulary ite's? If not, is their teaching to be phased in such a manner that low frequency items like ‘sam’ and ‘lagata’ should be postponed until such time their turn comes This brings us to the question of computing frequencies on the basis of written as opposed to spoken material. Spoken material is difficult to collect, but it has its own use. For example, a word like ‘sam’ will probably have high frequency in spoken Hindi and any one wishing productive competence in the language will need it The Thorndike team working for about 20 years was found -chicken’ to be of high frequency: but not ‘hen’ on the basis of usage. Compounds like ‘roast chicken’: ‘fried chicken’, chicken sandwich’ etc., naturally establish a higher frequency for chicken over hen. Yet ‘hen’ may be of greater importance for a text on poultry. Thus, the importance of the distinction between list frequency and text frequency has also to be kept in view by the language teacher and the material producer.

In Hindi four books deserve special mention. One is ‘Hindi ki adharbut sabdavali’ prepared by the Central Hindi Institute, Agra, The second is a frequency count by K.C. Bhatia and the 3rd and 4th are the ‘Basic Hindi Vocabulary’ 2.000 words and 500 words published by the Ministry of Education, Government of India. Different methodological procedures had been followed in each case keeping in view the frequency of uses and some kind of a vague generality of concepts. None of these could completely meet the demands for Hindi and could effectively be used as a medal for any other Indian language.

Of the frequency studies made of the Indian languages Oriya, Kannada and Malayalam studies have not been published. With a view to making these research findings available to a wider audience the Institute decided to publish these. If they are found useful by researchers and by those interested in practical application of such research results our efforts would be rewarded.

The purpose of this analysis was to find out the relative frequency of occurrence of words, syllables and phonemes along with morphemes occurring in Modern Kannada prose (prose literature after 1925). The main purpose of the frequency count was to provide statistical information to the potential inventors of shorthand so that a sound shorthand system of Kannada could be evolved. Apart from its obvious utility to shorthand its use can be viewed from two points of view:

(1) General or its use to the common man.

(2) Scientific or its use to the Linguist.

As for general use it can be conveniently used to :

(1) prepare efficient primers for instiu-ciien at the elementary level.

(2) introducing the most common vocabulary to a foreign student of the language.

As for its scientific or special use it may be used :

(1) Fora comparative study of current vocabulary of all Indian languages in general and of Dravidian language; in particular, assuming of course that similar analysis will be carried out for the other languages as well.

(2) It can be used for a comparative study of current vocabulary in Modern Kannada prose with that of Old Kennada for a historical study of speech and culture in general.

All these can be done with the help of List If which provides the most common words current in Kannada language.

(3) It can be used by a Linguist to a study of the various sound patterns and their relative importance in the use of the language. The lists of phonemes and their frequency as well as the lists of syllables Provided by the analysis can be conveniently used for this purpose. 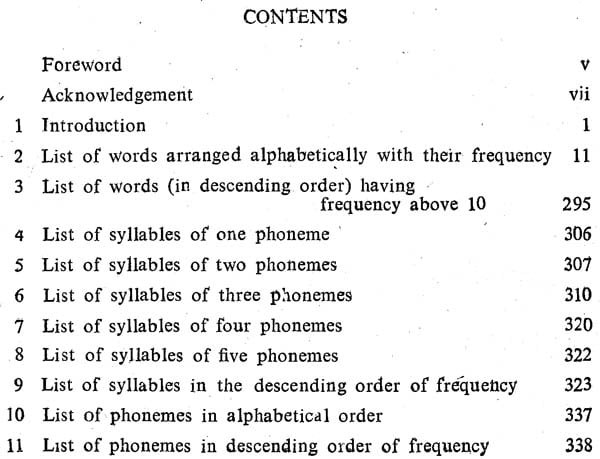 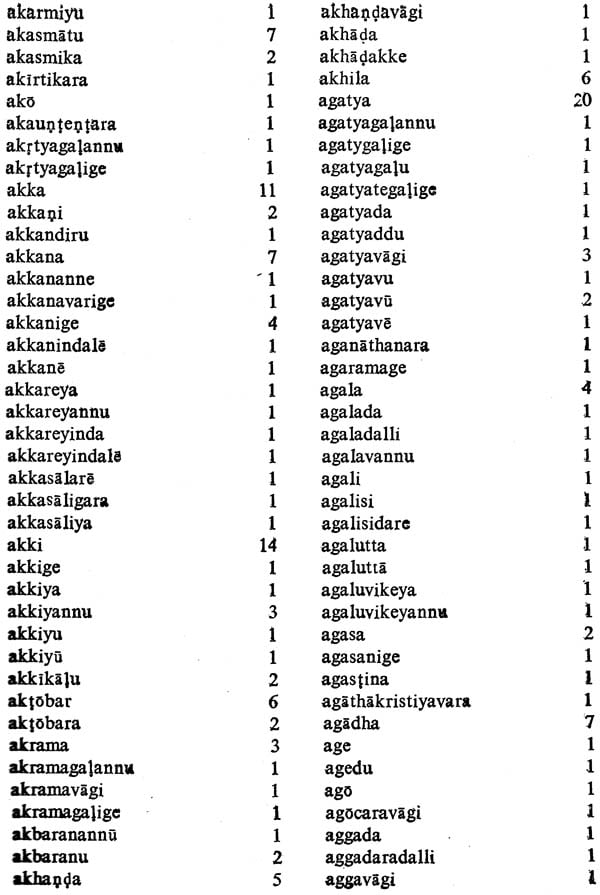 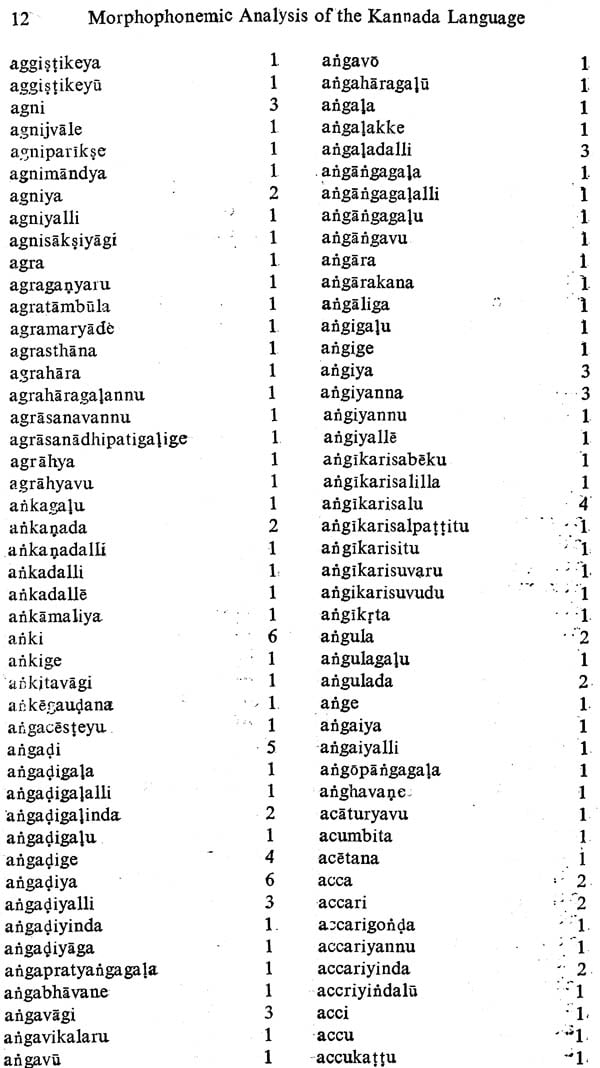 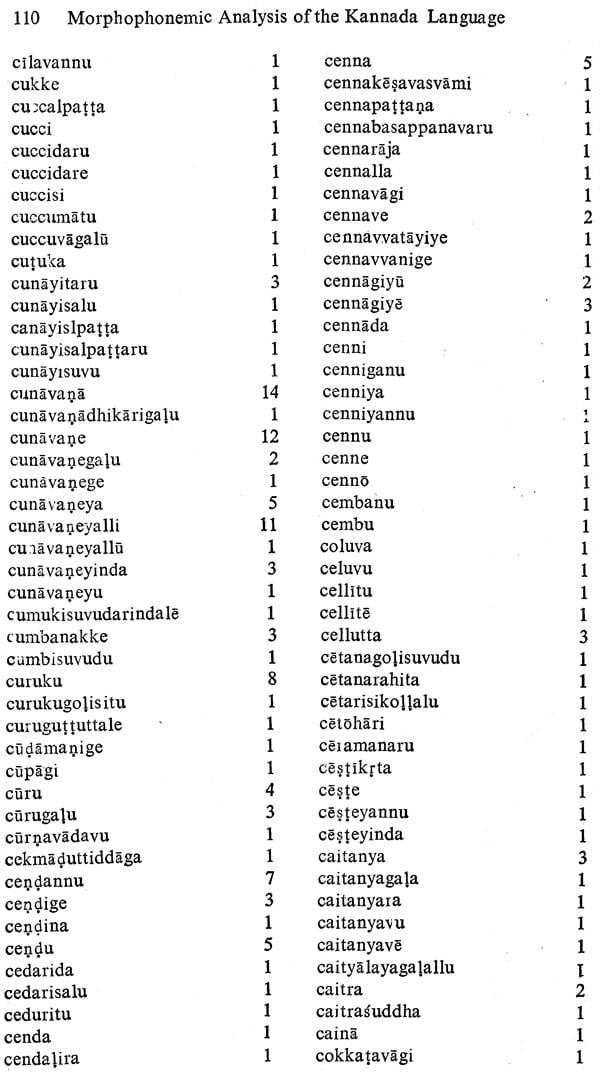 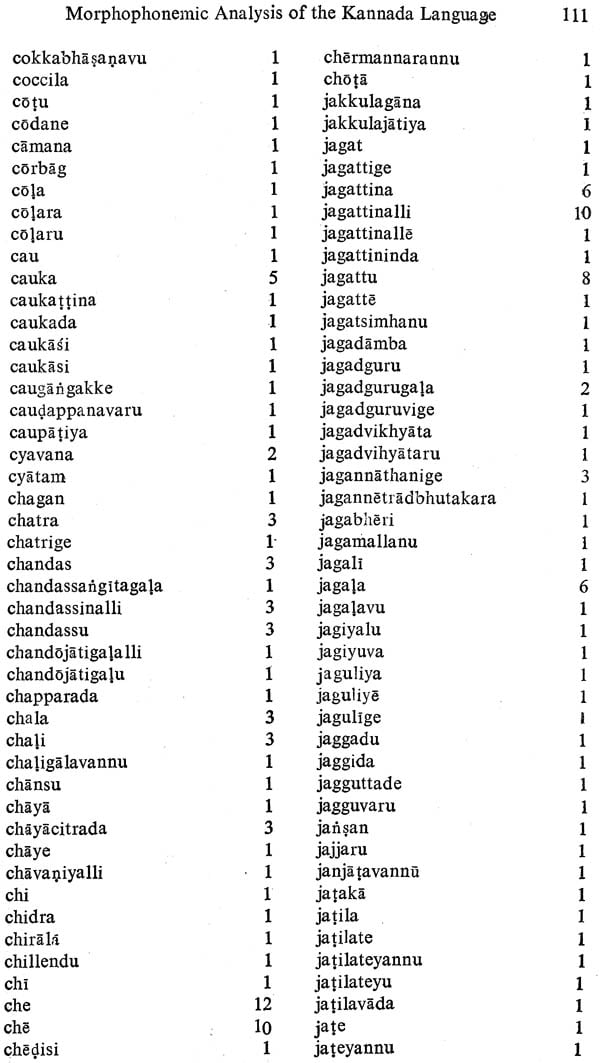 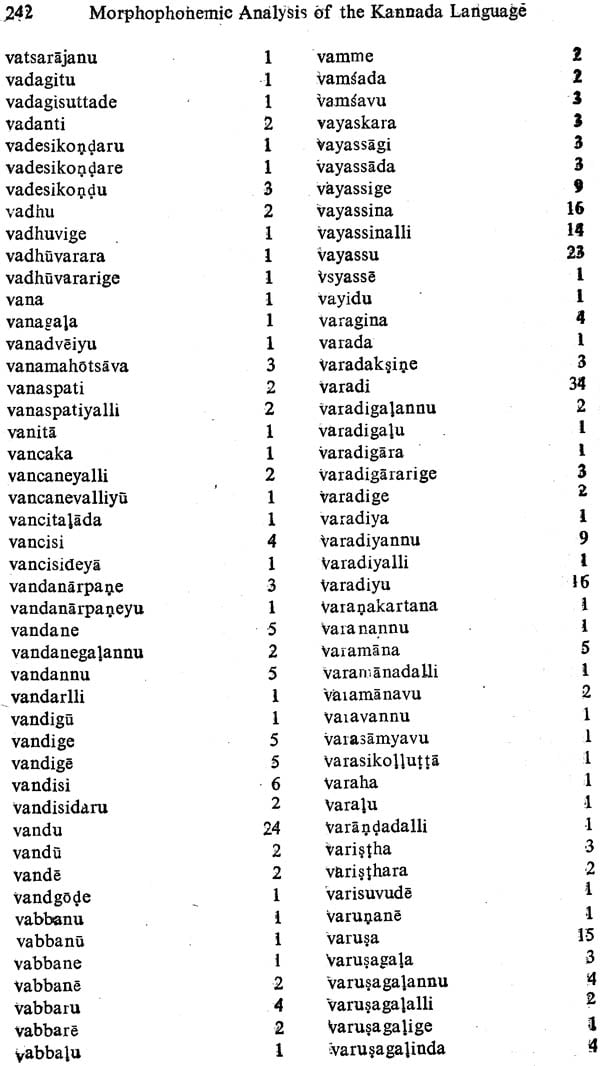 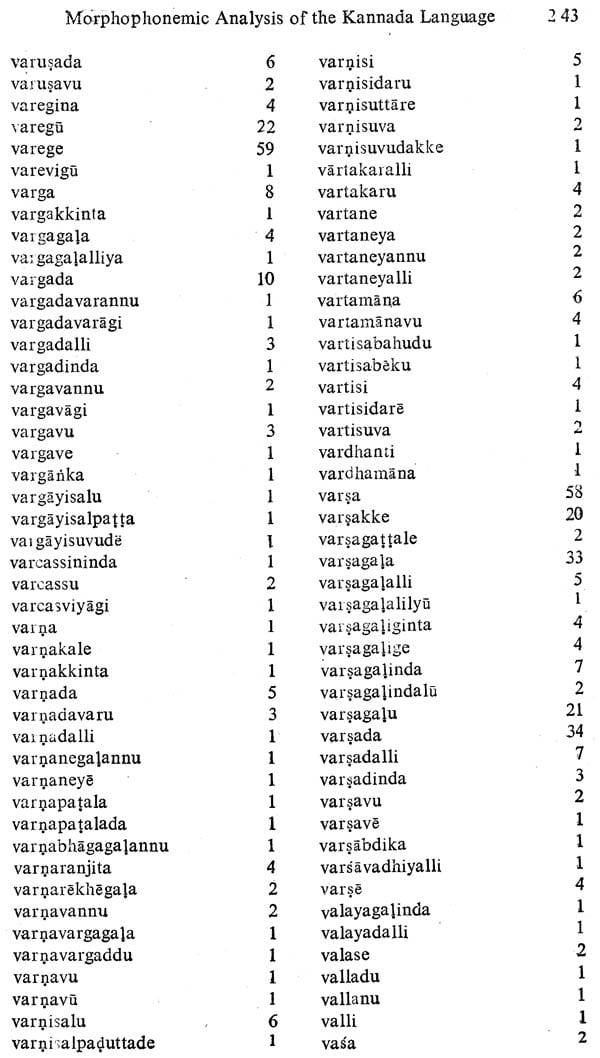 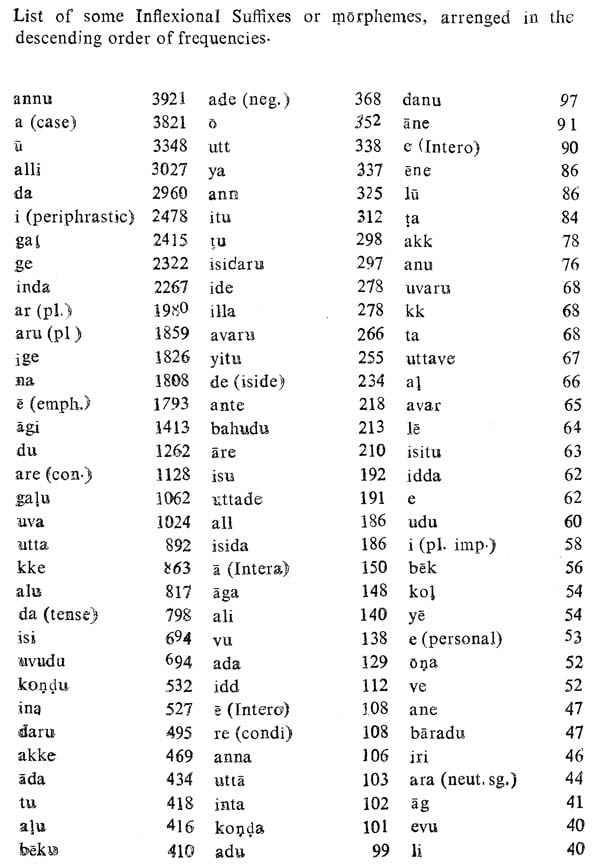 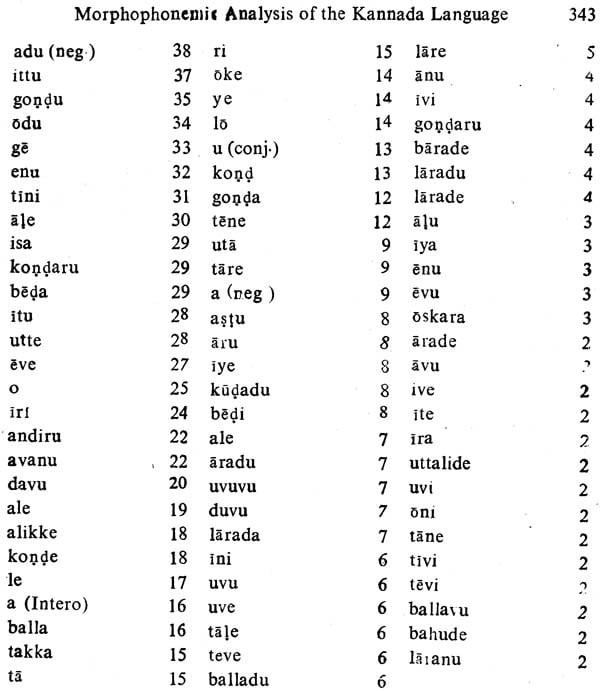