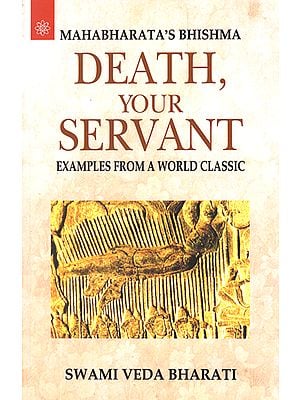 Mahabharata's Bhishma - Death Your Servant (Examples From A World Classic)

The Mahabharata with 110000 verses, including an appendix, is the longest epic poem in the world literature. In the epic 2,000 verses only are the teachings of Krishna, 20,000 verses are the teachings of Bhishma, the most towering personality of the Mahabharata, a warrior sage who led an army of over 2 million soldiers for 10 days out of 18 days of war. At that time he was 146 years old. His final teachings were given when he lay pierced with arrows for 58 days, waiting for the right time that he had chosen for his death. Swami Veda gives his brief life story. This is a fascinating and inspiring account of a master of wisdom and conqueror of death.

Swami Veda was born in a Sanskrit speaking family in India where he was vigorously trained in the meditative traditions of the Vedic and Upanishadic philosophies. He was a leading authority on Yoga and Meditation. He was an ardent devoted disciple of Swami Rama, who has initiated him in the highest mysteries of the Himalayan traditions of Meditation.

Salutations to the Lineage of Teachers.

At the very outset, I must admit that I am truly humbled by this spiritual colossus, his erudition and articulation. My pranams to Brahmabhtta M M Sri Swami Veda Bharati.

Pujya Swami’s discourses on the topic "conquest of death" are being published as a set of three books. This present book, entitled "Death your Servant", runs into seven chapters.

The first chapter, bearing the title "Dark Ages Begin", opens with a unique explanation of Mahabharata, its philosophy rather than its history or chronology. Time is merely a transactional fact. The real history of humanity is not to be viewed as evolution of human species but rather as cycles of evolution and devolution of human consciousness.

In the second chapter, Swamiji has shown how the bulk of verses from the Mahabharata are teachings of Bhisma on various topics. Therefore one is bound to wonder if Vyasa wanted Bhisma to be projected as the pivotal force around whom the events resolve. Hence this chapter is rightly attributed to Bhisma.

The third chapter is a rapid run where the hero Yudhisthira makes an appearance and the supreme hero, Lord Sri Krsna, makes a grand entry with his cosmic form, the visvarupa. He is shown as the ultimate truth behind the phenomenal world, who manifests to establish Dharma. The episode of sage Uttanka and Sri Krsna makes an absorbing narration.

In the fourth chapter, Swamiji, with utmost simplicity, captures the death of Bhisma and the trying circumstances of his life. Lying on the bed of arrows, he extols the philosophy and the Yoga Sastra, animated in the person that Sri Krsna is Bhisma’s departure from the world reveals the secret of yogic death

The fifth chapter, traditionally known as the Bhisma-stava- raja or Bhisma’s King of Hymns, is a wonderful translation of his profound and prayerful devotion to Sri Krsna.

In the sixth chapter, "Return of the Silence"; Swamiji deepens his contemplation on Bhisma’s hymn, thus casting light on the shedding of body and the shedding of body-identification. Through meditation one voluntarily cognizes the process of death after one has sufficiently acquainted oneself with the phenomenon of death. Such a person’s death of the body is freedom from confinement. This in itself is rising from the greatest impediment to spiritual heights - the body identification.

Chapter seven, "Delete Death", is a poetic rendering of Swamiji’s meditative disposition. The reader is transported to Swamiji’s inner realms and is thus allowed to partake of his wisdom.

Swamiji’s bulwark of clarity will prove to be a potent guide to the seekers, as his other works have been.

I invoke the grace of the Lord and the blessings of the Guru Parampara on one and all.

In the service of the Lord.

I have the habit of speaking to group on whaever topic I am contemplating at any given time in the forest-of-eye-blinks. As I was contemplating the life of Bhisma at the time, I narrated portions of it to the Himalayan Institute’s group visiting the Rishikesh Ashram in the fall of 1992. The way of this narrative somewhat follows the tradition of Indian epics, which encapsulate stories within stories, like Russian grand- mother dolls.

I hope that this particular doll not only entertains you, but also speaks to you to inspire and guide you.

This book should be read as part of a set on the subject of the conquest of death. The set includes (1) this author’s Meditation and the Art of Dying, (2) the current volume Mahabharata : Bhisma, and (3) Sanatsujatiyam, another portion of the Mahabharata which begins with the statement "there is no such thing as death" My translation of the text forms the second part of this volume, "Sanatsujatiyam Death of Death "" Beside these, it is most important to read Swami Rama’ Sacred Journey’.

With regard to this edition, my sincerest appreciation for Moriah Wells, who laboriouly took dictation and edited the work, and deepest gratitude to Anne Glazier who applied her Sanskrit scholarly apparatus and refined the work to its present polished form.

Prof. Jan Brzezinski (Shri Jagadananda Das) has gone through the text of the Sanatsujatiyam portion and edited it to conform to scholastic norms.

Mrs. Lalita Arya, director of our editorial team of selfless volunteers, has kindly examined the text and format and refined it all.

I had hoped that I would find time to translate excerpts from Bhisma's 20,000 verses and include them to be translated here. However, time is limited, so here is a repeat of the incomplete version, with the hope that it will still be somewhat of an elevating experience for those who read and contemplate on it. 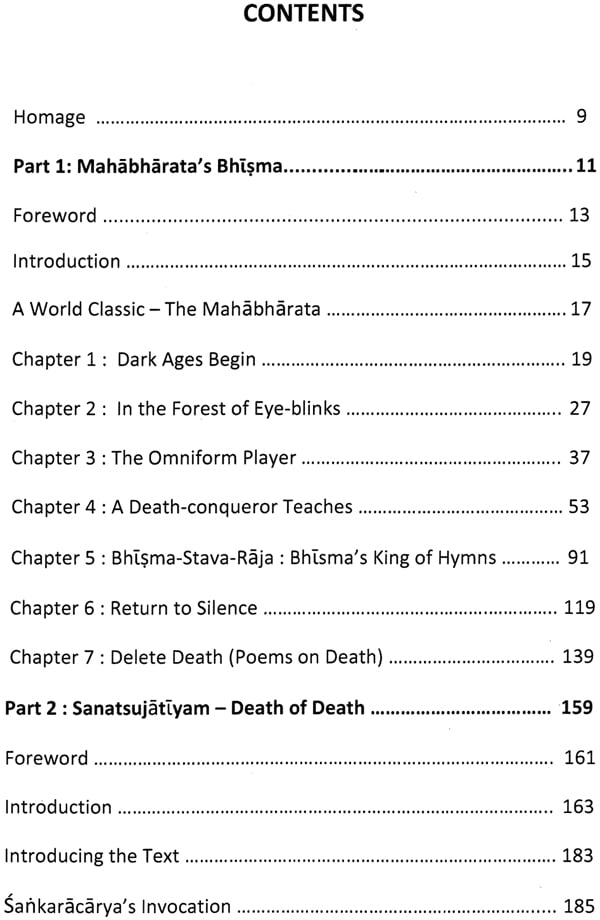 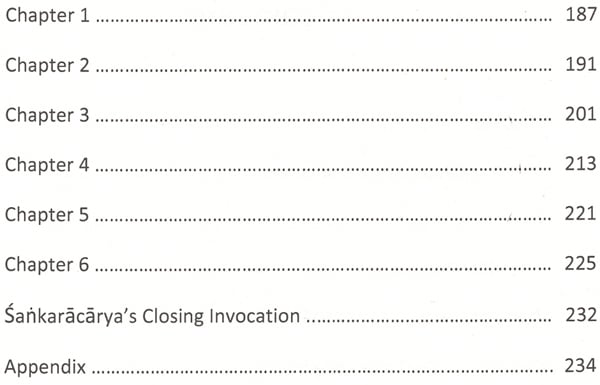 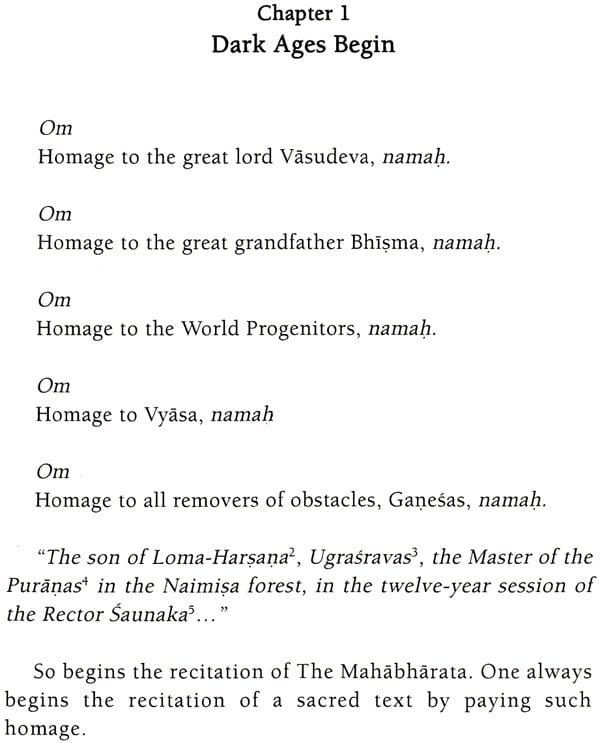 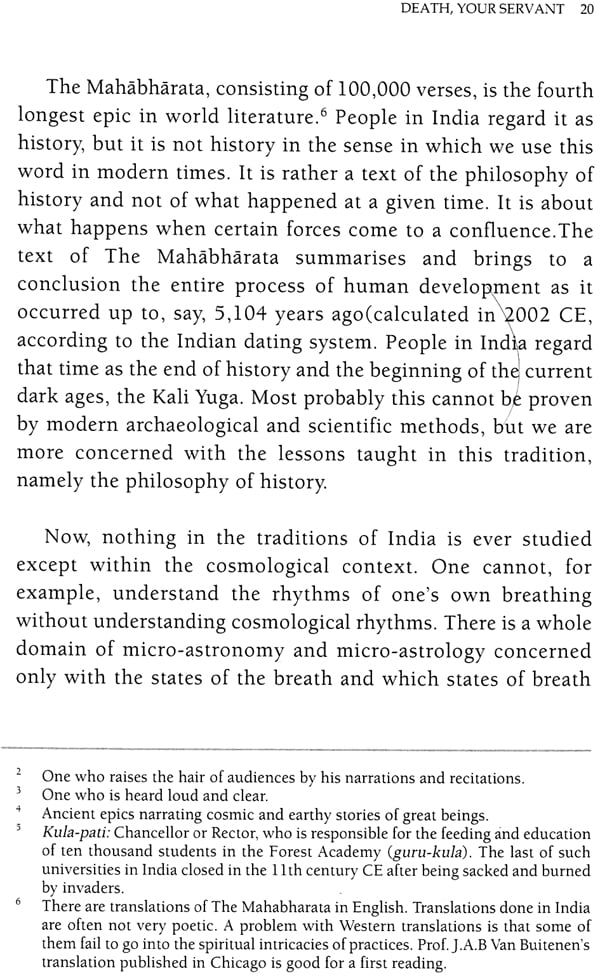 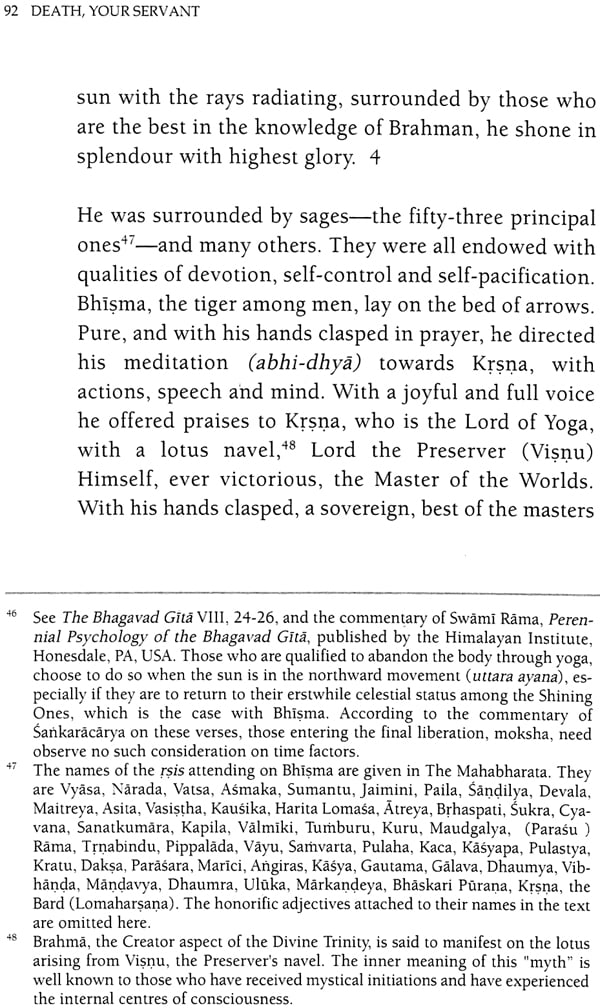 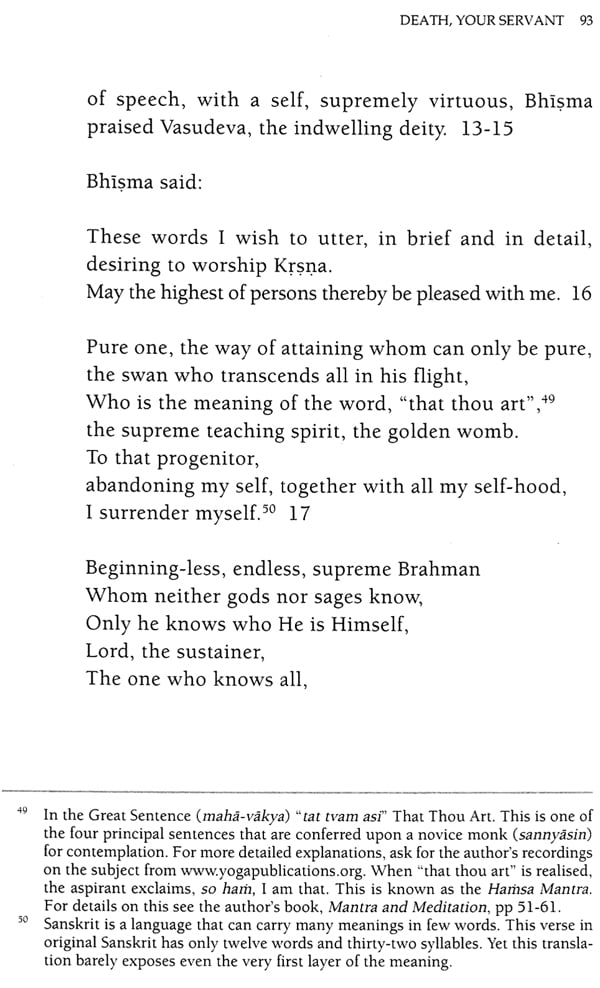 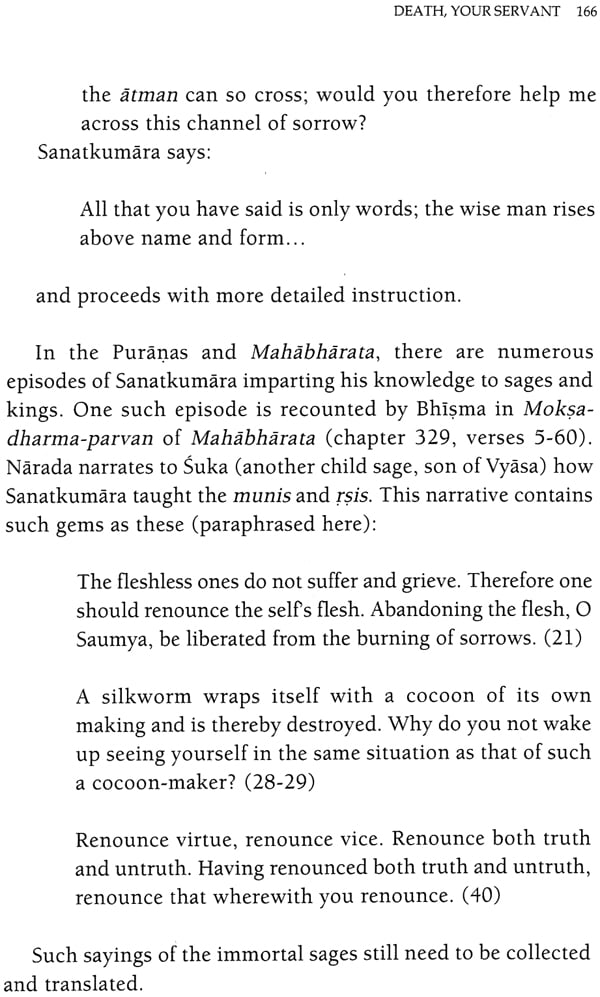 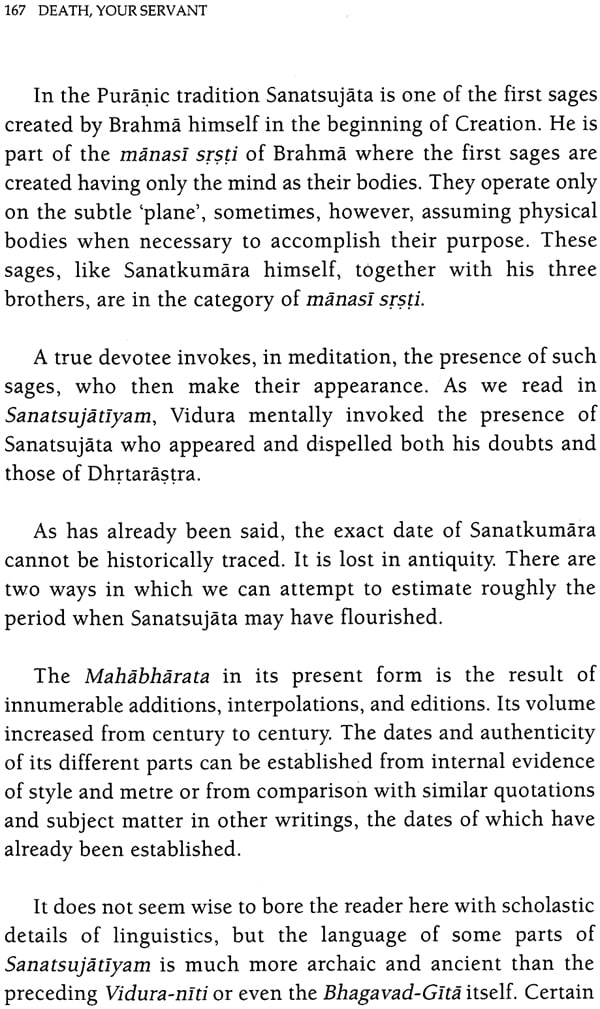 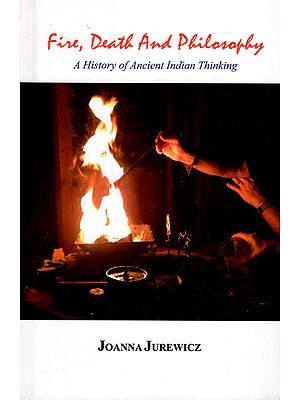 Fire, Death and Philosophy (A History of Ancient Indian Thinking)
By Joanna Jurewicz
$40
FREE Delivery
$50  (20% off) 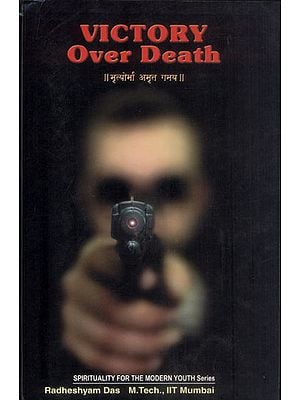 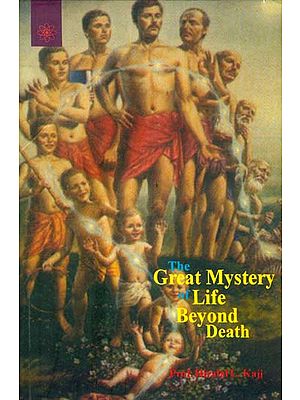 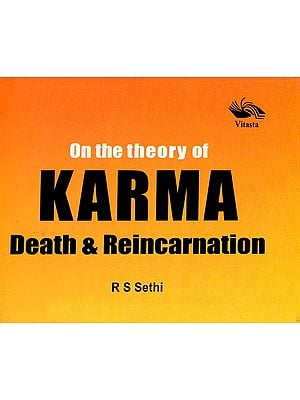 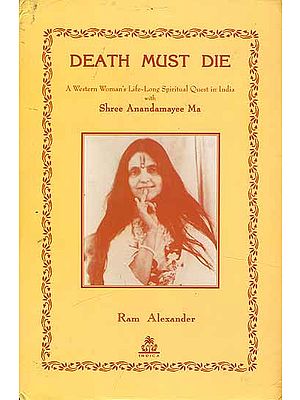 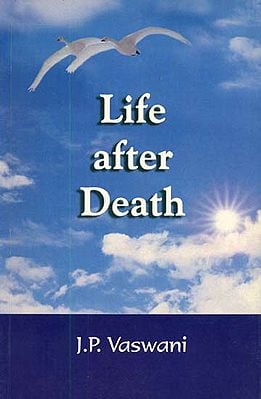 Life After Death
By Dada Vaswani
$16 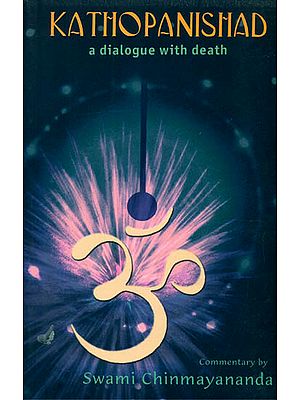 Kathopanishad: A Dialogue with Death ( (Text, Transliteration, Word-to-Word Meaning and Detailed Commentary))
By Swami Chinmayananda Saraswati
$29
Out of Stock 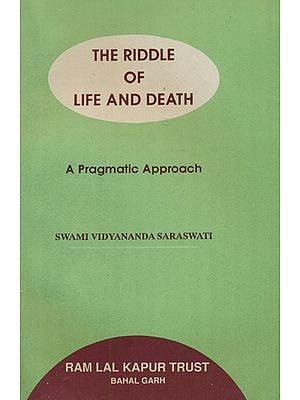 The Riddle of Life and Death: A Pragmatic Approach
By Swami Vidyananda Saraswati
$11 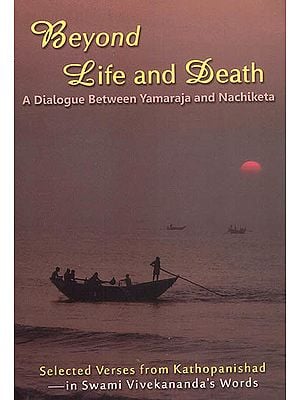