The Mahabharata Code is a personal account of the main protagonist Narayan Rao (NR), who claims to be an astronomer with NASA. NR and a few other crew members agree to take part in the NASA mission to visit this mystery planet from which they had received mysterious singles. Here, they meet a man with a long flowing white beard, and he introduces himself as Vyasa. He reveals that he has a crazy plane in mind and seeks NR and his members’ help in implementing this plan. He intends to recreate the entire Mahabharata on the planet to restore the faith of the primitive simpletons here.

As the Mahabharata incidents start unfolding, NR realizes that Vyasa intends to recreate them page by page here, if not paragraph by paragraph. Also NR begins to realize that his son, Krishna, who is being groomed by Vyasa as Vishnu’s avatar, is nothing more than a pawn in Vyasa’s scheme of things. Other incidents of Mahabharata also unfold according to the original epic. Pandavas and Kauravas grow up hating each other and finally the restaging plan culminates with both the warring sets of cousins facting each other in the battlefield of Kurukshetra.

Inexplicably, like the original epic, Arjuna develops cold feet seeing his own cousins, teachers and relatives on the opposite side. He seeks Krishna’s divine intervention. Is the brainwashed “alien” Krishna prepared for this interventions ?

Karthik Rao is a 32-year-odl software professional based in Bangalore. He lives with his wife Sushma, parents and who little sons Kaustubh Krishna and Raghav Krishna aged four and one, respectively. He says that he gets to meditate close to three hours every day on his bike, thanks to the notorious Bangalore traffic. His hobbies include following cricket with his sons.

It was only a few hours earlier that I had that mysterious but rather divine conversation with my son Krishna. Or was it a few days back or years ago?

Unlike other residents of Gokul, my son Krishna was strangely dark bluish in color. It was attributed to an unexplained allergic reaction to Putana's poisoned breast milk when he was barely a few weeks old. Putana was a Rakshasa lady sent by the Rakshasa king, Kamsa, who wanted all newborns of that particular month to be killed mercilessly as Krishna was supposedly born during that period.

Kamsa had issued this order after he had heard that rather unexplained but spooky announcement via Akashvani when he was about to smash his younger sister's newborn onto the prison floor. The announcement had said that the baby he was holding in his hand and was about to kill was not Krishna but some other baby.

It also said that Krishna had already taken birth and was currently having a peaceful nap elsewhere wearing his diapers. He would soon grow up to be a super hero that Bharat had never seen before and would kill Kamsa at the right time. It was also reiterated in the announcement that Krishna was not any other ordinary super hero but was the long awaited avatar of Vishnu himself!

Of course, Kamsa was not evolved enough to know that this announcement was nothing but a prerecorded message relayed through a loud speaker discreetly hidden in the royal prison.

Kamsa had literally pissed in his pants, and the same was confirmed by his subordinates later. He had then ordered to kill all newborns born in that particular month in his kingdom of Mathura.

But Putana herself mysteriously died after trying to breastfeed my son Krishna. All the villagers celebrated this event as it only further confirmed that Krishna was Vishnu's another avatar but neither my wife Srishti nor I was happy, amused, or convinced by this story.

I gave Vyasa a piece of my mind: "You heartless freak, I agreed to your plan thinking that you were interested in the Mahabharata restaging at a very high level, but little did I know you wanted to restage it chapter by chapter or rather page by page!!"

My wife had never wanted Krishna to be a part of this ridiculous and outrageous plan and she has not been on talking terms with me since. I should have never listened to him. I wanted to back out from that foolish plan right then!

Vyasa had tried to convince me then. He said, "Please don't say that. You know how important it is for us to restore the faith of our countrymen. I swear I did not have any hand in asking Putana to feed your son with poisoned milk. But I have a feeling that Krishna was saved because he is one of those rare babies who are born with a tooth or even a couple of teeth. He must have bit her nipples real hard when she tried to force-feed him. Since you people are like 5,000 years ahead of us, your bodies must be immune to all the primitive poisons used here. Putana's death is still a mystery. She must have died of some unexplained allergic reaction in her body from Krishna's saliva. I will assure you such incidents will never recur again. We will not make Krishna's whereabouts public until he is old enough to face the world."

It was true that Krishna was born with a couple of teeth. The Indian mythology enthusiast inside me secretly wanted the restaging of Mahabharata to happen right in front of my eyes which was one of the reasons I had agreed to this crazy plan in the first place. I reluctantly decided to buy in to Vyasa's assurance and his somewhat convincing explanation.

Since that incident though, many feel Krishna had turned bluish in color. Initially, my wife and I were very concerned about this, but we soon got used to it as Krishna grew up as any normal kid in Gokul if not smarter. That bluish skin color also gave him that divine look which went well with his persona. He might have inherited some of my South Indian darkish skin color. Whatever it was, it was surely working in his favor!

Divine or not, to us he was easily the smartest and the most intelligent kid this planet had ever seen. But then any proud parent would feel the same about one's kid.

Coming to Gokul, it was very difficult to keep track of time here. 7 am by my Rolex watch would be pleasant one day but scorching on other days. Our earth's calendar was also of little use here. I had no idea how old Krishna was, because he behaved double his age if not more. He openly flirted with girls much older than him and strangely, all those local Mathura girls willingly reciprocated. According to them, he took them to a state of trance while playing his mouth organ that I had brought along from my planet. When I tried to investigate, I saw to my horror that he was stealing their clothes when they were bathing in the village pond.

He had even picked up a few soccer skills recently from some of my crew members. Like any guy of Indian origin, I had wanted him to pick up cricket instead! But sigh!

Krishna had also managed to mesmerize the local boys here, apart from the girls double his age. Thanks to him, all the boys of Mathura had now taken to soccer big time. I regularly see Krishna dribbling the ball effortlessly past all the numerous hapless boys who were also much older than him. Like some magician!

Vyasa was right; these simpletons on this planet were really gullible.

Krishna was also big time into the fancy gadgets brought from our planet. Although he stayed with Nanda and Yashoda, he would visit me and Srishti in our secret settlement discreetly. This had become a regular feature now. Thankfully, this had calmed Srishti down to a large extent and she was less harsh on herself for letting me use our baby Krishna for this crazy plan, but my relationship with her continued to be as cold as ever.

The mother and son were always seen intensely doing something on her handheld tablet. Whenever I approached them, the window they were looking at on the tablet was immediately minimized. Srishti used to be a computer engineer back home.

Krishna was also groomed and trained under the guidance of Vyasa. He was made to relentlessly watch, listen to, and read various visual, audio and reading materials that were brought from our planet. This even included my personal favorite, the Blu-rays of B R Chopra's twentieth century Indian TV series of Mahabharata based on the great Indian epic which we were trying to restage here. To his credit, Krishna was an amazingly quick learner and would learn a new trick from my crew members every day, which he would then use to show off to his simpleton village friends. 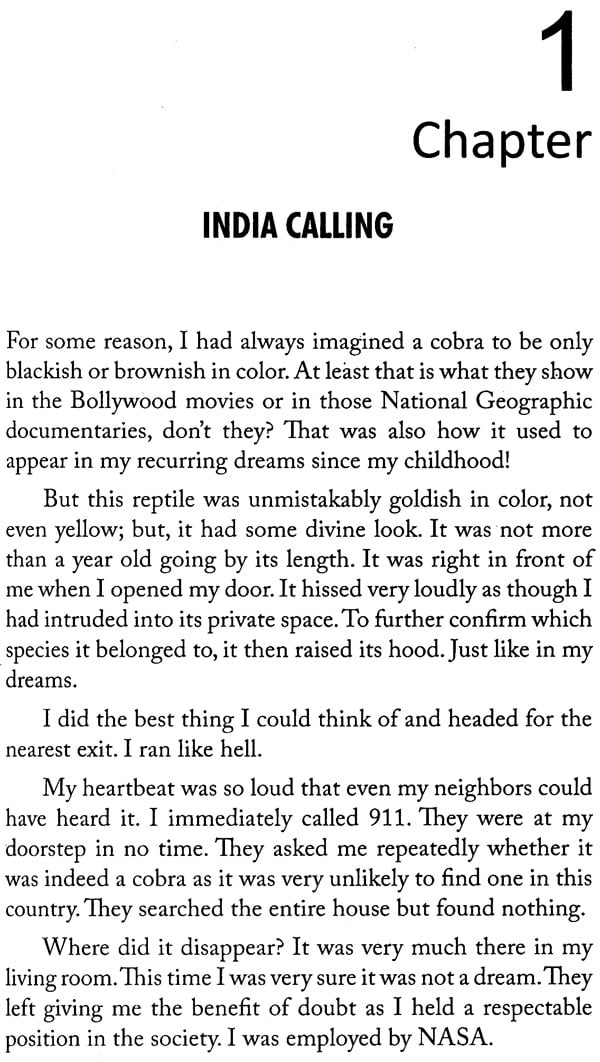 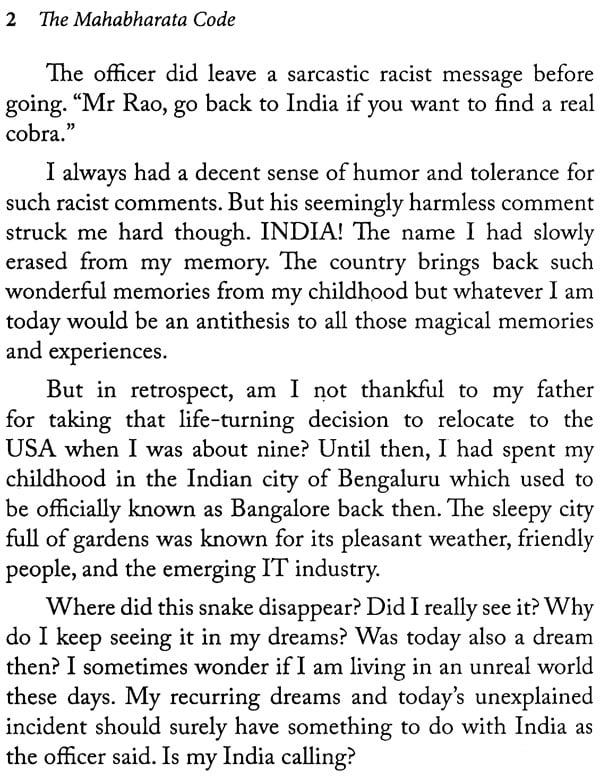 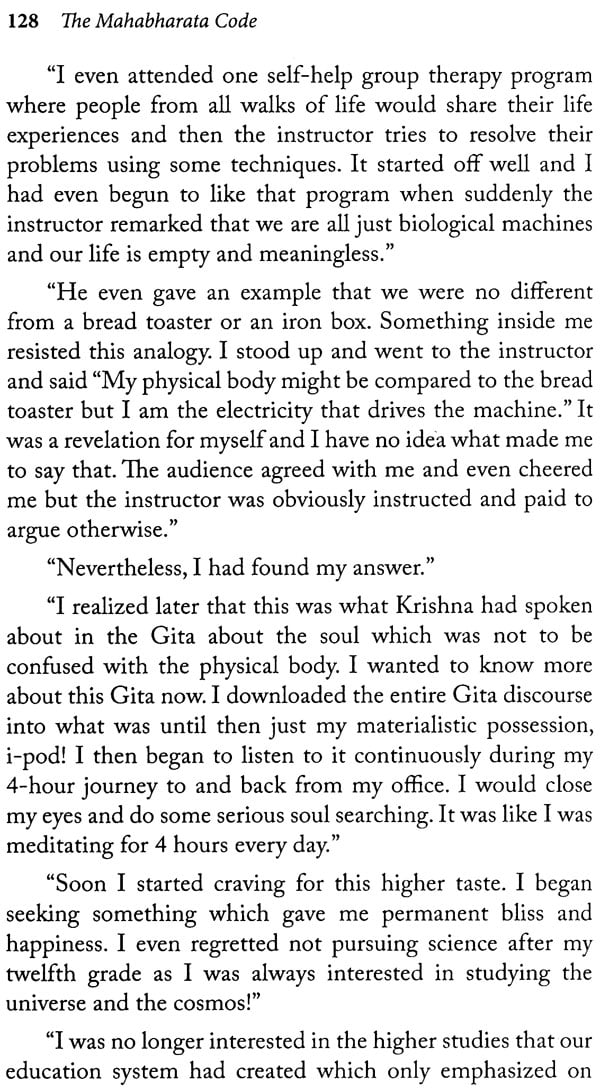 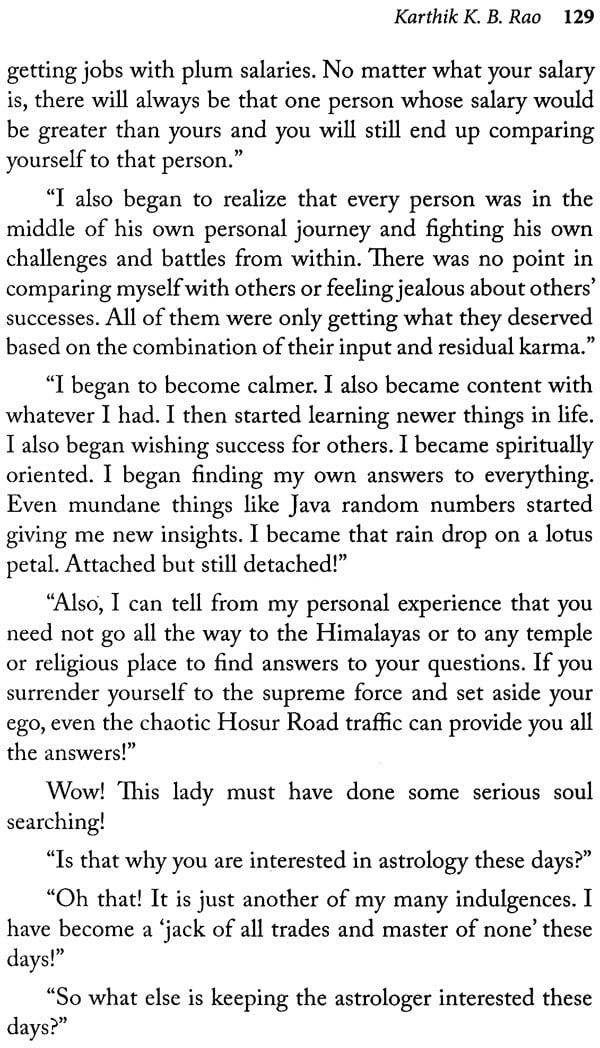 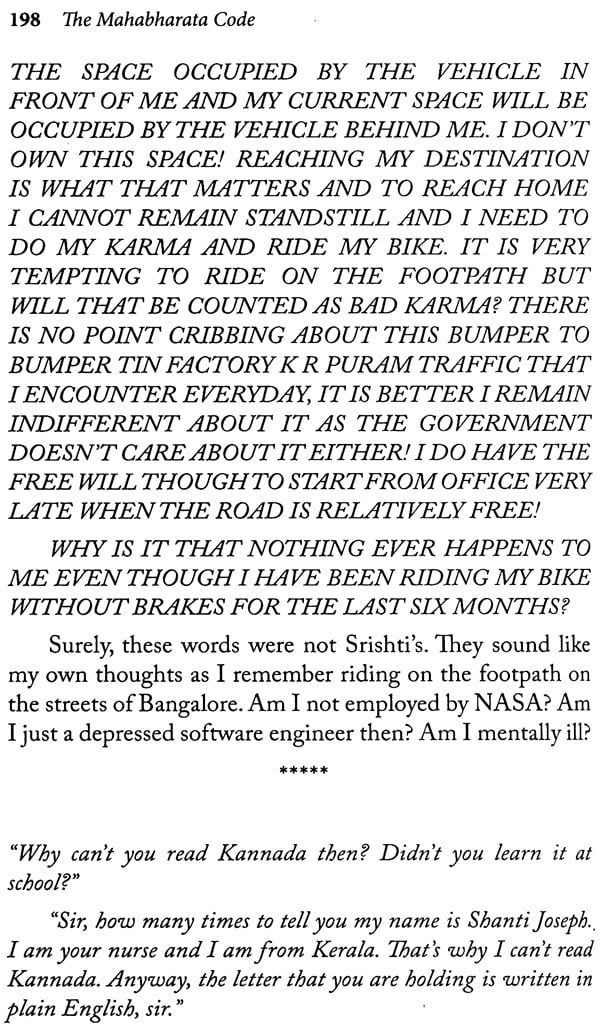 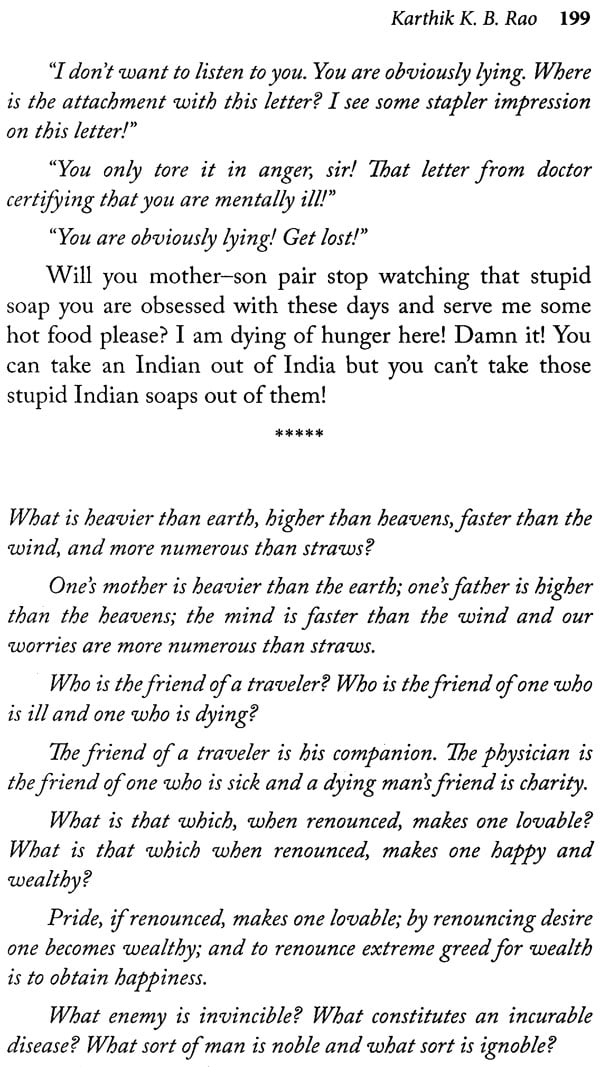 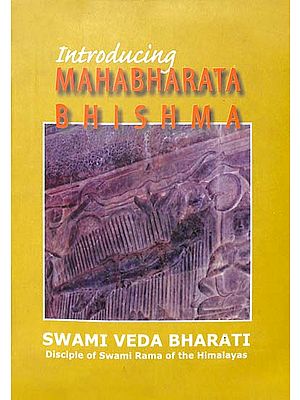 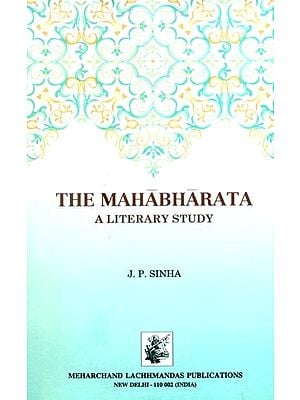 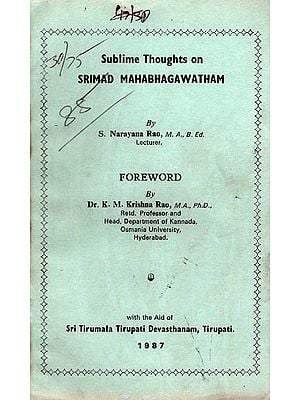 Sublime Thoughts on Mahabharata (A Rare Book)
By S. Narayana Rao
$29
Out of Stock 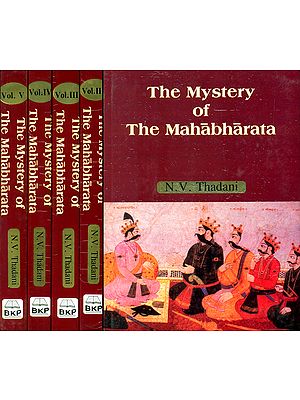 Reflections and Variations on The Mahabharata
By TRS. Sharma
$29
FREE Delivery 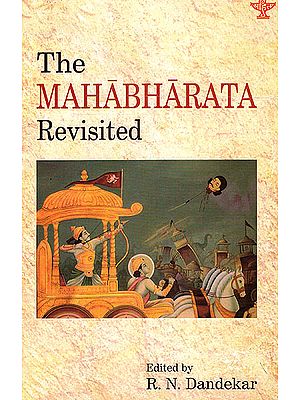 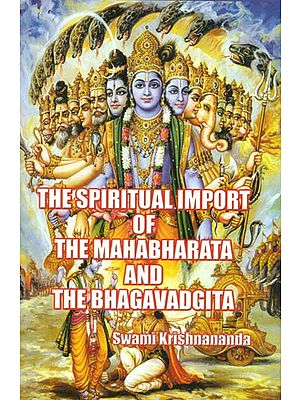 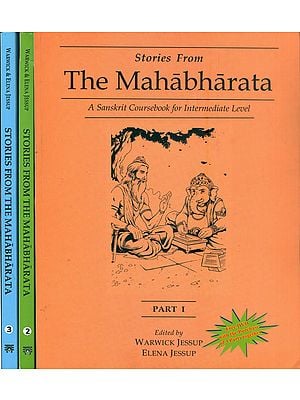 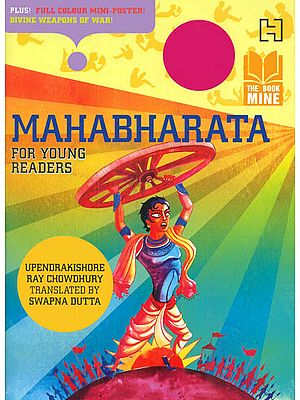 Life Is As Is - Teachings From The Mahabharata
By Kavita A. Sharma & Indu Ramchandani
$24
FREE Delivery