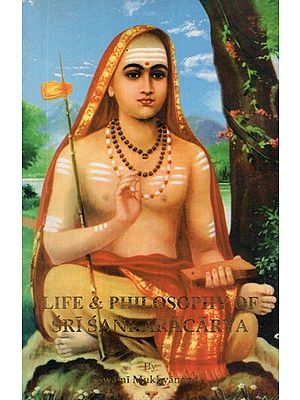 Life and Philosophy of Sri Sankaracarya

$21
Quantity
Notify me when this item is available
Preface

This book was not planned to be written. On May 1st 1966, we had given a talk at the Ramakrishna Mission, New Delhi, on Acarya Sankara on the occasion of his birthday celebration. A devotee who had attended the talk gave us a shorthand report of it expressing his satisfaction and appreciation saying that historical doubts standing for many years were cleared. On the basis of this report, with some editing and additions, footnotes, etc., we contributed an article entitled : Acarya Sankara and His Contribution to Indian Spiritual Regeneration, which was published in the May and June 1978 issues of the Vedanta Kesari, Madras. It has been appended at the end of this book after some revision under the text. Around this time and earlier too, we had occasion to read and hear several, what we felt were, unjustified criticisms and ignorant misrepresentations of Sankara's philosophy and views. To answer these and to put the records straight, in the light of our understanding, we prepared a paper for publication in the Vedanta Kesari in continuation of our above article. But the management wanted only short articles and did not like to entertain a long article.

However, in due course, the paper was developed further into a book as we came across other types of criticisms and questionings and also several new ideas occured to us while studying and teaching some of Sankara's works. As it was not possible to recast the entire book, some of these ideas were given in the form of footnotes at relevant places. Since some of the footnotes were long, and it would be inconvenient to print them on relevant pages, they are appended at the end along with references to quotations, though it would have facilitated reference if they were readily available below the text.

But another consideration also decided the issue. The book is not intended only for scholars, but also to the general intelligent public who wish to know something of Sankara's life and thought without going deeply into its technicalities. Hence they can read on without the notes and references also. As much as is necessary for them has been given in the body of the text. For this reason, that is, to serve the general reader, we have adopted the usual English spellings for the Sanskrit words, along with the use of diacritical marks for the benefit of the scholars. A separate Note will explain the system, which we have adopted for our other books also with good results.

Though we have tried to answer the criticism and objections to Sankara's views as understood by the critics by presenting them in the proper perspective, our approach has been reconciliatory and not polemical, as advocated by Swami Vivekananda, and as is the need of the times, when we have to consolidate the whole range of Hindu thought to meet the world-wide challenges from scientific and socialistic materialism, dry rationalism, and narrow dogmatism of alien religions. As such, though we have tried generally to keep to the traditional views, whenever a more suitable presentation has been possible, justified by the original texts and reason, we have adopted it. Hence the apt title of the book : An interpretation of the Life and Philosophy of Sri Sankaracarya (Elucidatory and Reconciliatory). Generally, the treatment is a fresh interpretation in a broader context, with new modern illustrations whenever possible, to render Sankara's thought dynamically relevant to the present times. Though it may differ here and there from the strictly orthodox traditional view-point, the work is not written in a spirit of challenging the orthodox view of deep scholars, but to expound Sankara's ideas, in the light of our understanding, in a simple nontechnical language understandable to the intelligent reader interested in the thought and achievements of the genius of Sankara.

However, to keep in tune with the orthodox view, though not strictly in line with it, the manuscript has been shown to the late Dr. T. M. P. Mahadevan, who was well versed in Sankara's thought, and to Swami Acalanandaji of Mysore, whose learned translation, with Introduction and Notes, of Siddhanta Bindu of Madhusudana Sarasvati has been published by Mysore University. Both of them have gone through the work carefully and we acknowledge our gratefulness to these learned scholars, who have appreciated the work and found it presentable and useful. Dr. Mahadevan wrote: "I have enjoyed reading the paper along with notes. You have covered many of the aspects of Advaita and answered the usual charges levelled against it." Swami Acalanandaji wrote: "I have gone through the manuscript of Acarya Sankara : An Interpretation with care. In general the book is well written and is a welcome addition to the literature available in English on the subject. It can help many persons to an understanding of the doctrine of Advaita.... The explanations and clarifications given are quite clear and consistent." They both were kind enough to make some relevant observations and suggestions as well, which have been suitably incorporated in the book and changes effected where necessary. Hence, we feel assured that no conscious violence has been done to the orthodox view and only the cause of Sankara's thought is furthered by this fresh interpretation.

It is indeed a good augury that the book is being published by Sri Ramakrishna Advaita Ashrama, Kalady, situated close to the house in which Sankara was born. We are thankful to Swami Gananandaji, President of the Asrama, for kindly undertaking to publish the work. We hope the book will be found useful and welcomed both by the scholars and the general readers.

Swami Achalanandaji concluded his comments on the manuscript of the book with his good wishes to the author: "I hope He is keeping you in good health and cheer to perform His works of teaching and interpreting Sri Sankara's Vedanta, which He has entrusted to you". Though we do not consciously feel that any such task has been entrusted to us by the Supreme Being, nor have we done much in this direction, we do bear great love and admiration for Sankara's luminous, compassionate, towering personality and versatile genius and seek to place at his blessed holy feet a few fragrant colourful flowers plucked from his own beautiful garden of rich and profound thoughts, in reverential homage, on this his sacred birthday. 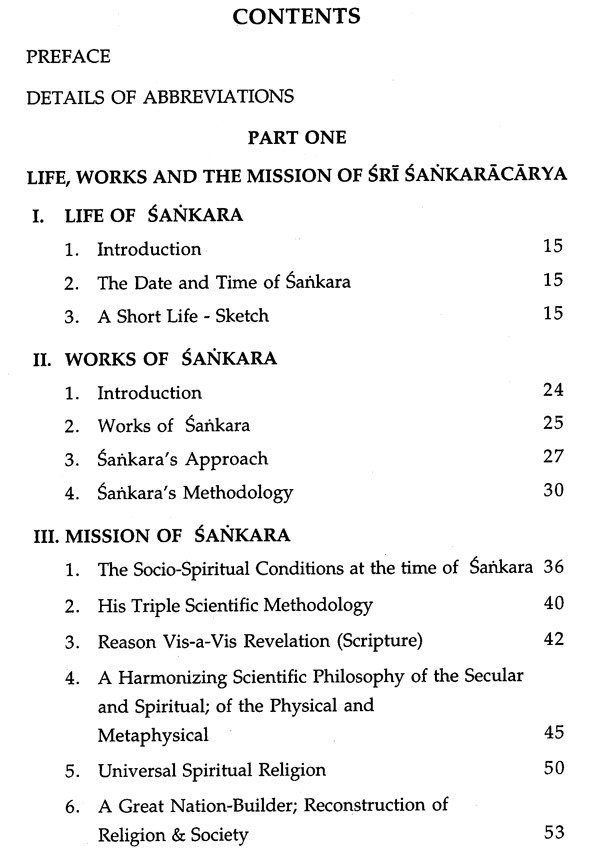 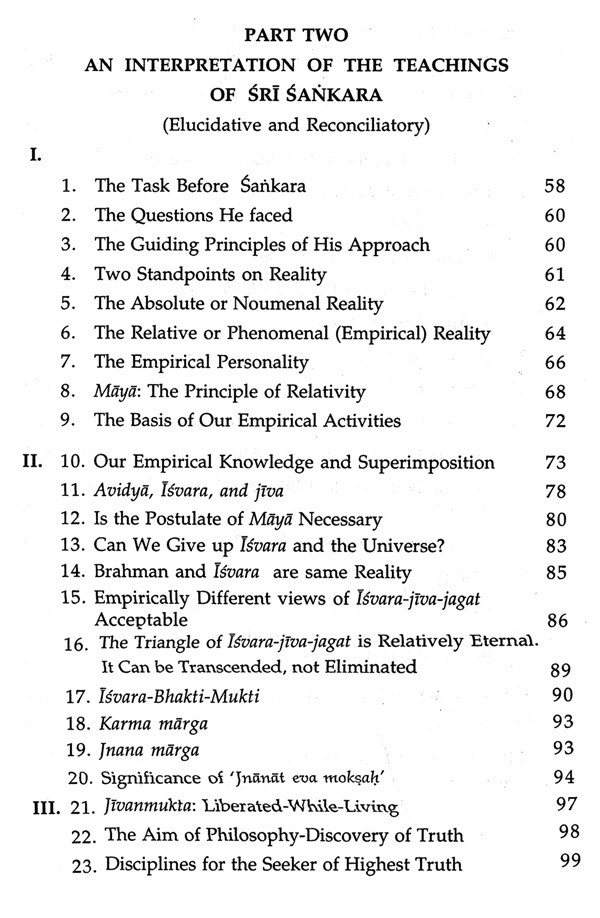 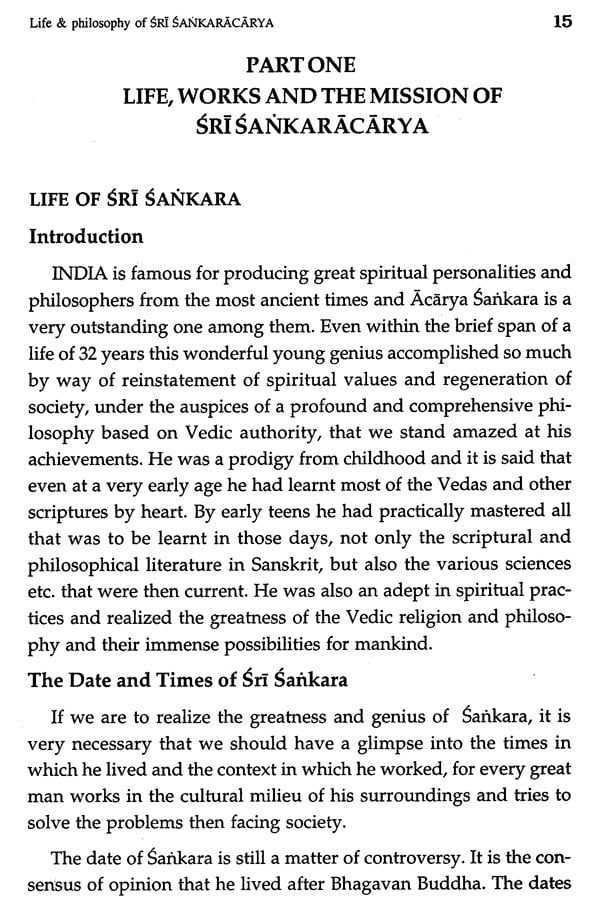 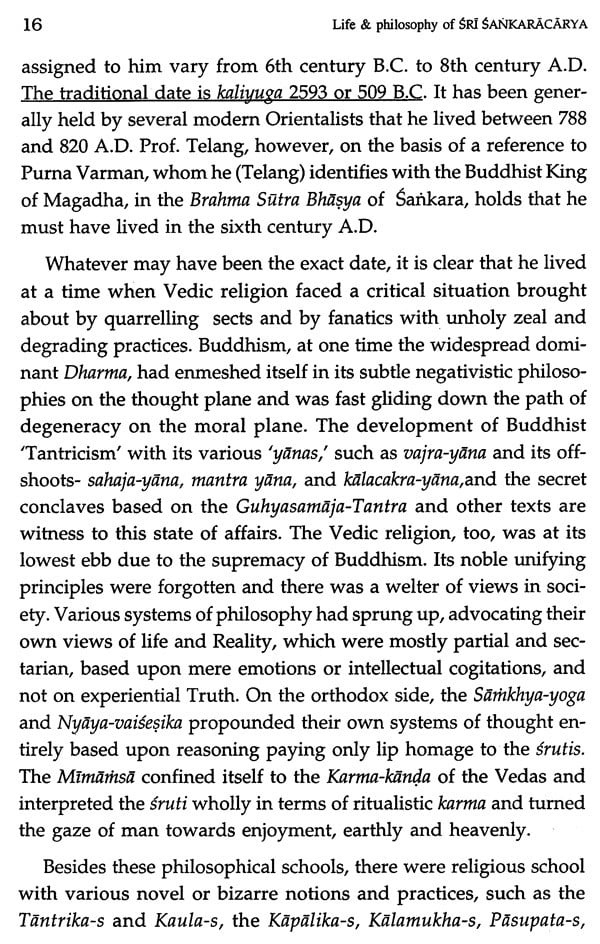 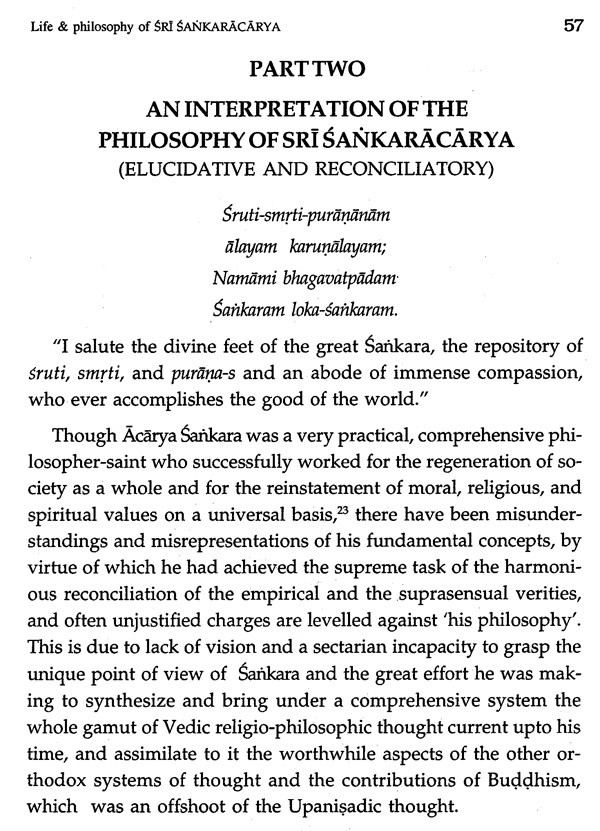 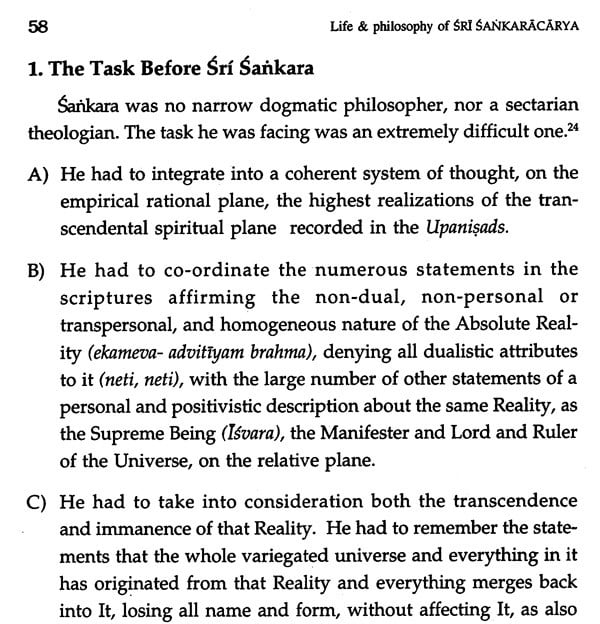 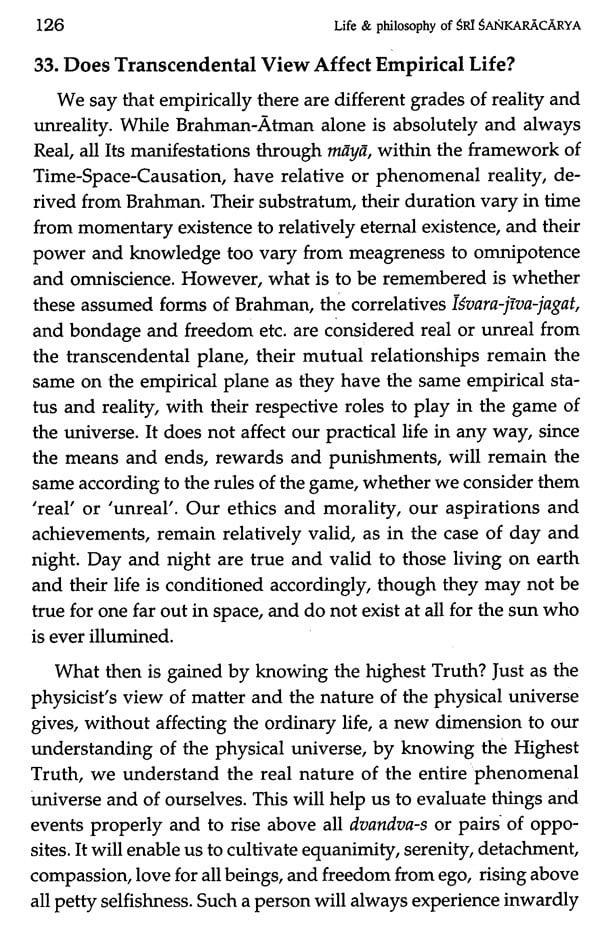 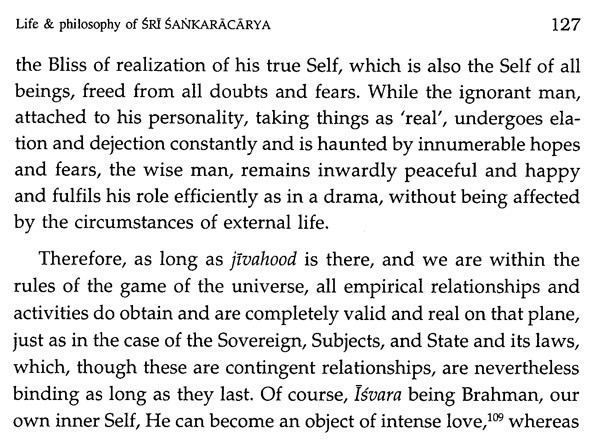