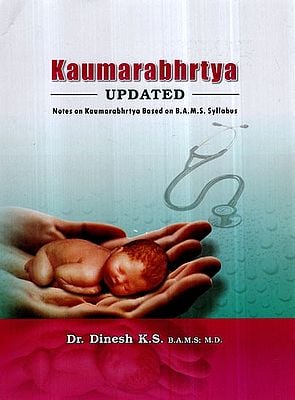 In ancient India, the transmission of knowledge was through the verbal flow from the Aachaaryas to the Sishyaas. Even after the advent of script the scenario doesn't change much. Ayurveda also was not an exception to this. Later, in the earlier 18th century, with the flaring up of the Swades' i concept, Ayurveda saw resurgence.

The concept of script, education and knowledge was brought into limelight by the Britishers as a part of their new educational system based on a pre-planned academic syllabus. Like any new experiment, this also was incorporated with many critical anomalies which, unfortunately, continue to run in the academy even today. These can be wiped off only by publishing improved text books based on syllabus from time to time.

Kaumaarabhritya, just like modern paediatrics stands last in the mainstream of medical development and so the dearth for related textbooks still exists. An attempt was made to fill this dearth with Kaumaarabhritya-Textbook for Ayurveda students in 2007. The major concern of the book was explaining the Ayurvedic topics than modern subjects which were rather left untouched.

Considering the valuable feedbacks from my students and as a part of revised BAMS syllabus the 2nd edition, Kaumaarabhritya updated, was planned to satisfy the subject related academic needs of the BAMS students.

All the topics as per the revised syllabus have been tried to be included in this book. Discussions on related modern subjects have also been made. Due to my limitations as an Ayurveda doctor to deal with the subject, I am highly indebted to the leading modern paediatric textbooks wherefrom academic notes have been taken. I humbly express my gratitude to the authors of those textbooks.

Respecting the need of the hour, certain new conclusions have been put forth herein based on the comparative study of modern and Ayurvedic paediatrics.

These are, at some instances, purely conceptual analysis from my view point with a pure aim to provoke a new thought and sight among the contemporary Ayurveda people for the development of our science. At other instances, these are based on my clinical experiences and so may not be satisfactorily acceptable to all.

This book is a blend to serve all the strata of people in the Ayurveda field -as a guide to the students for understanding the basic concepts of Kaumaarabhrirya, as an object of critical analysis for the academicians and practitioners, and as a substratum of detailed analytical study for MD scholars.

Though, I still believe this work in not yet complete and many future editions are inevitable, if my work could still benefit or contribute even a meagre share to the pace of development of the science, I would be highly obliged.

The first edition KAUMARABHRITYA published in 2008 was a maiden venture by the author Dr.Dinesh.K.S. It was warmly accepted and well accommodated by the readers as a text book on Ayurvedic paediatrics. With its easy language and the simplified explanation of the concepts, it is still popularly circulating among the students.

The regular updating of the existing knowledge is inevitable for the development of the science and updating the available literature is the most important part of it. The second edition Kaumarabhritya updated is the contribution, towards that. The topics introduced in the revised syllabus by the CCIM have been well incorporated in the present edition. The explanation of all the related topics based on the scientific concepts has been included here in a student friendly design.

The author Dr.Dinesh.K.S. was my student and is a dyanamic academician with a highly scientific vision about the subject. He has always been sincerely involved in passing down the knowledge to the students of Ayurveda.

The present edition is definitely unique in itself in having gone through all the important topics of the subject with the highly scientific approach laid down in a easily conceivable language.

This book is guide to the students to understand the subject in total and definitely an asset to be possessed. 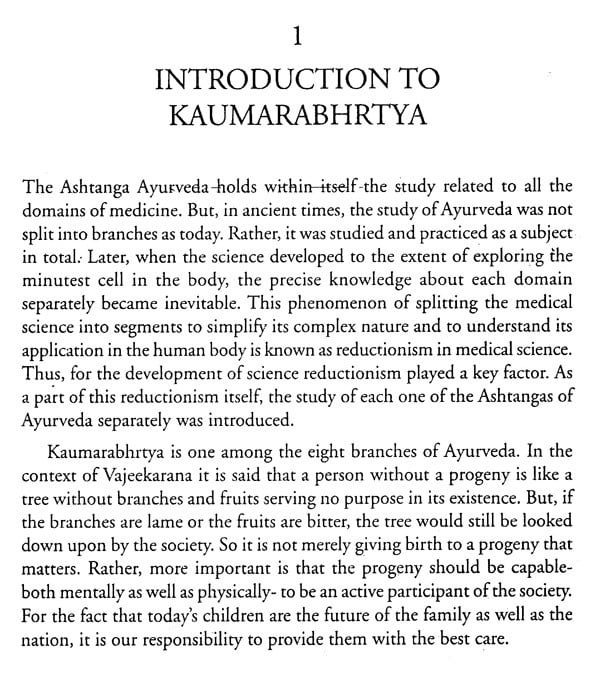 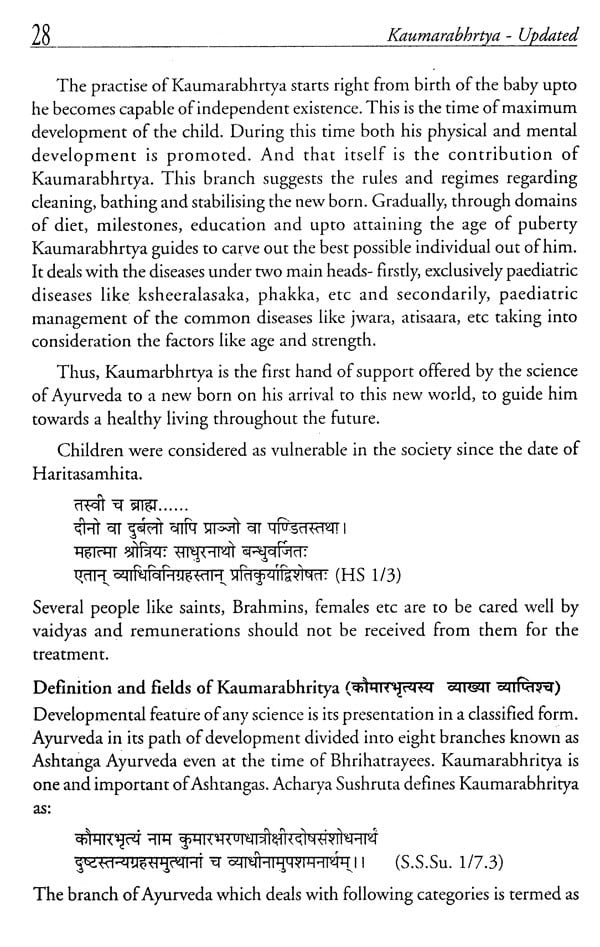 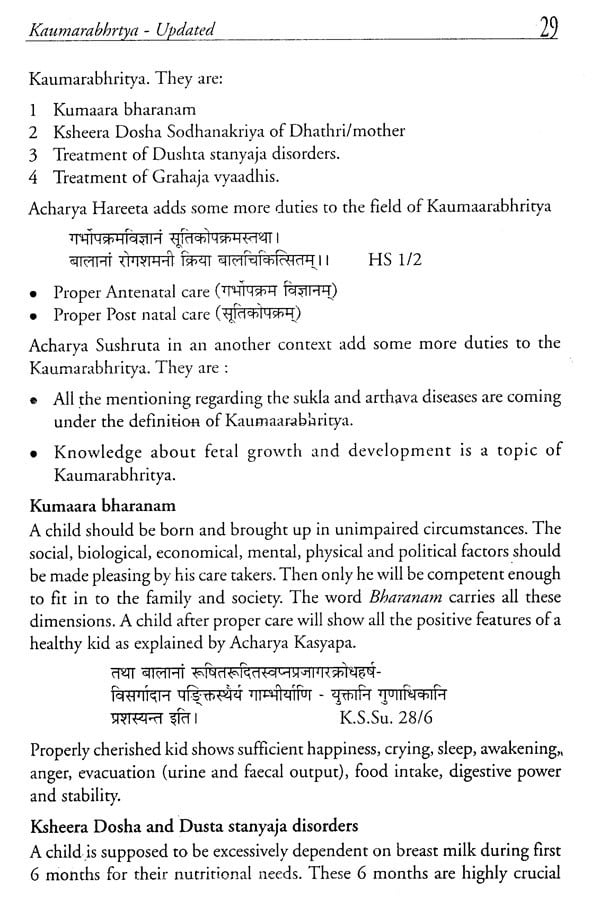 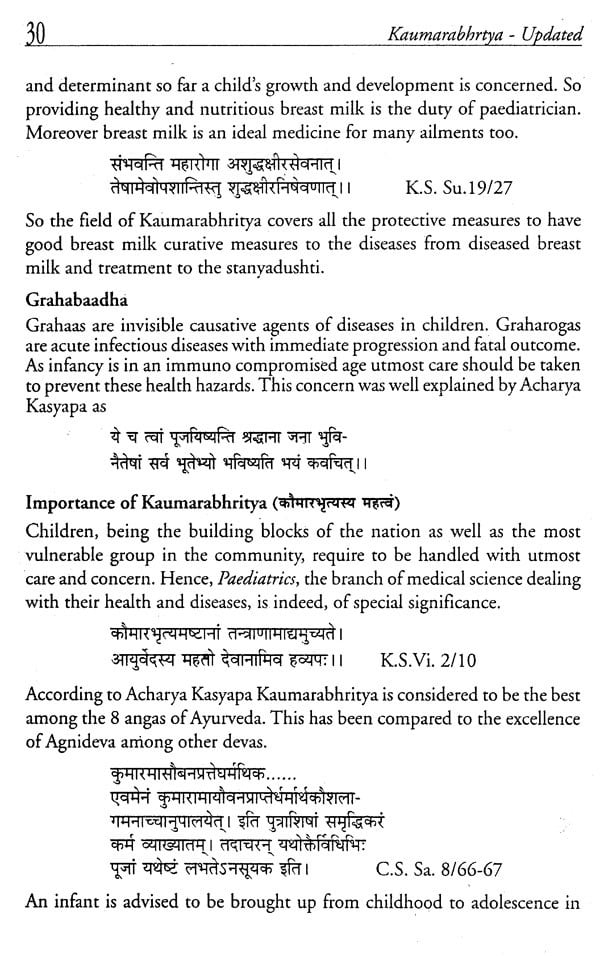 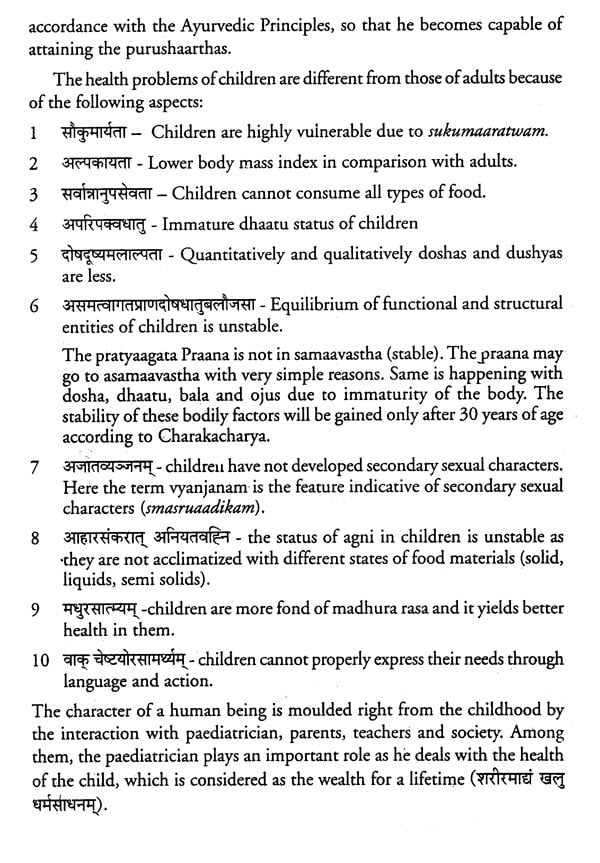 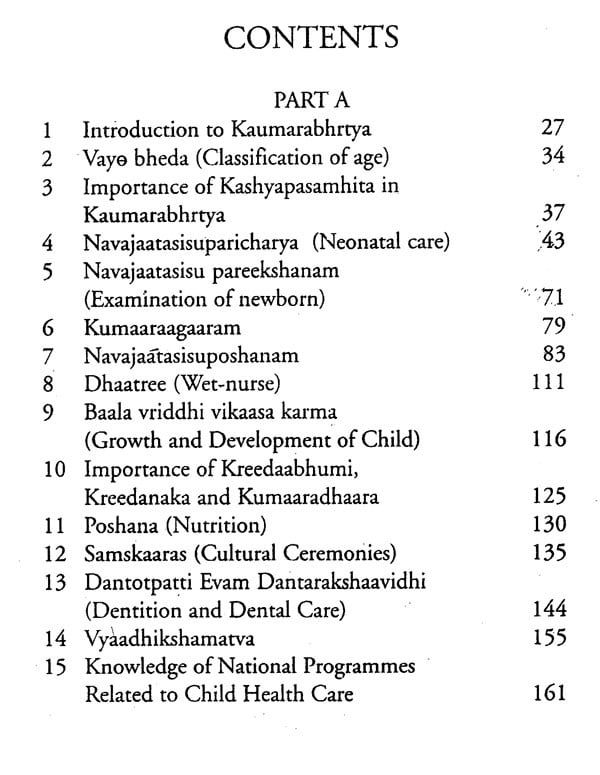 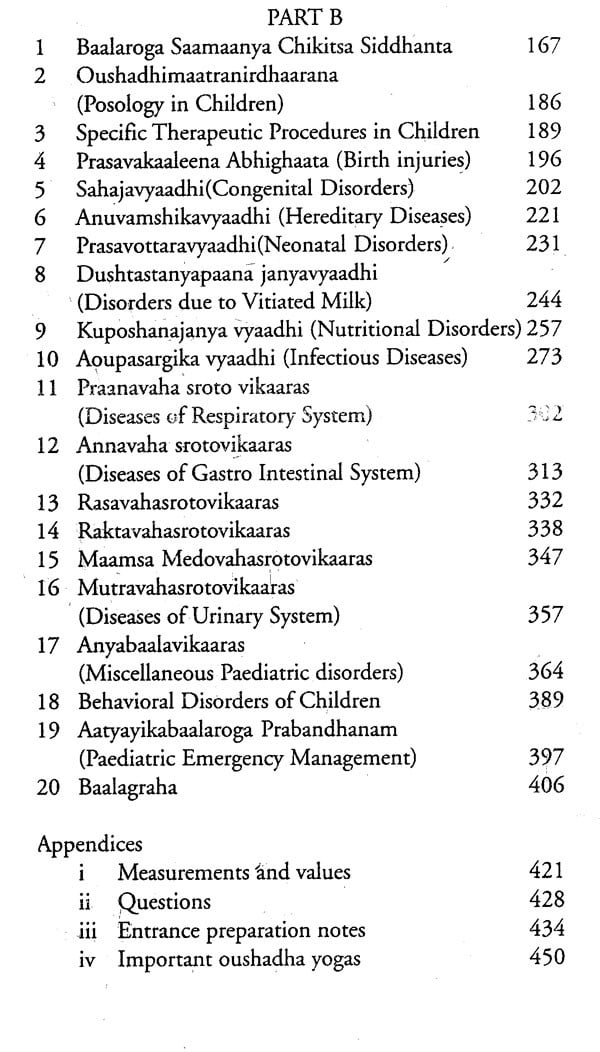 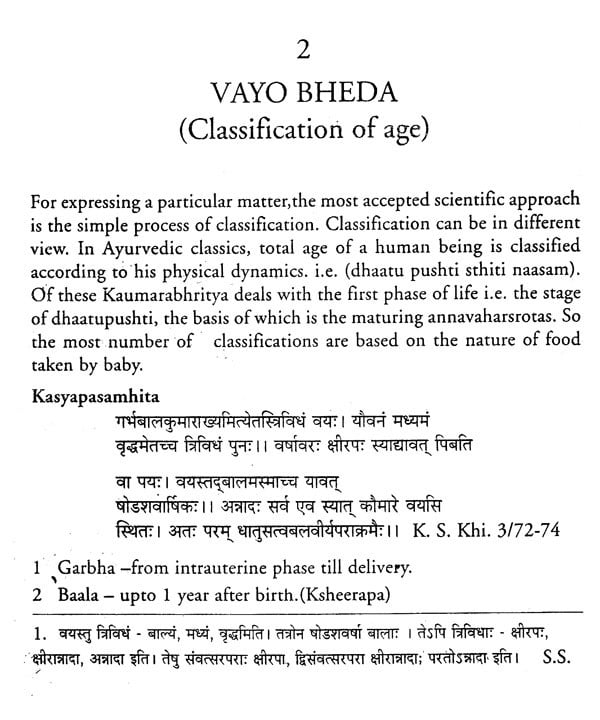 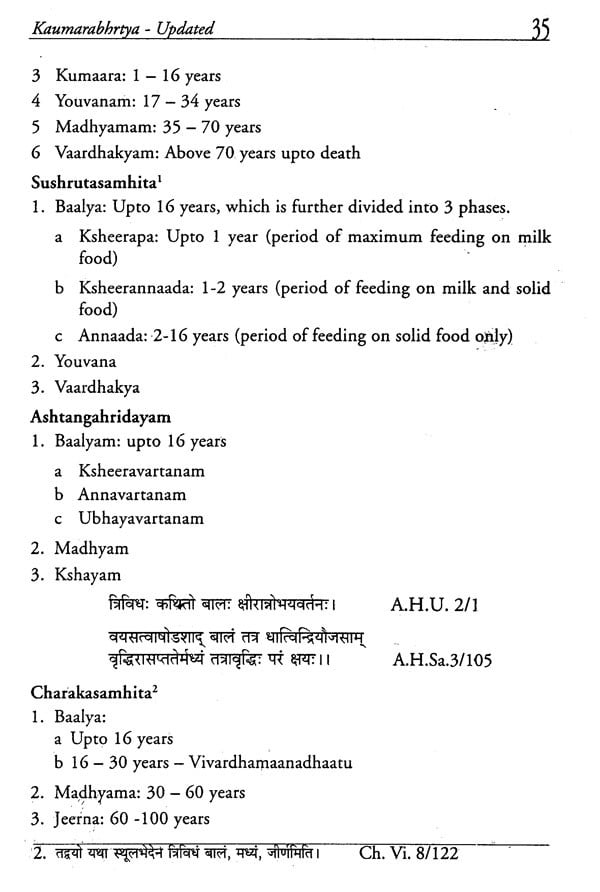 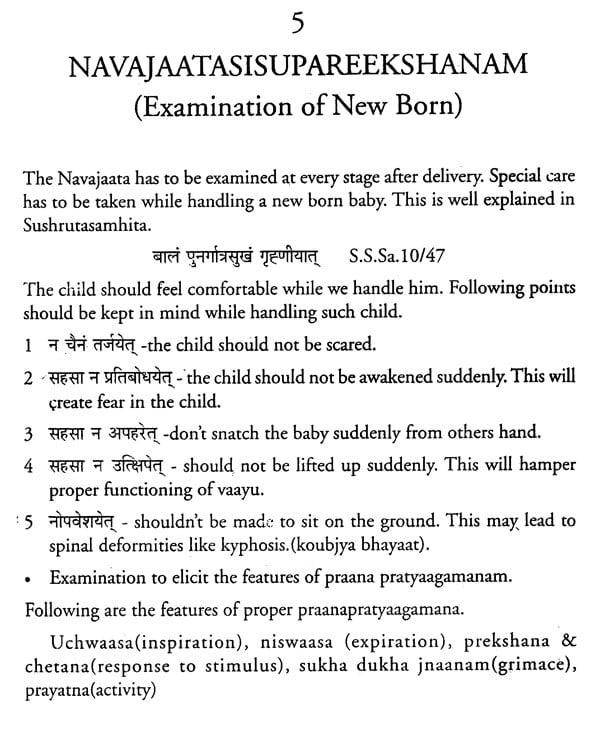 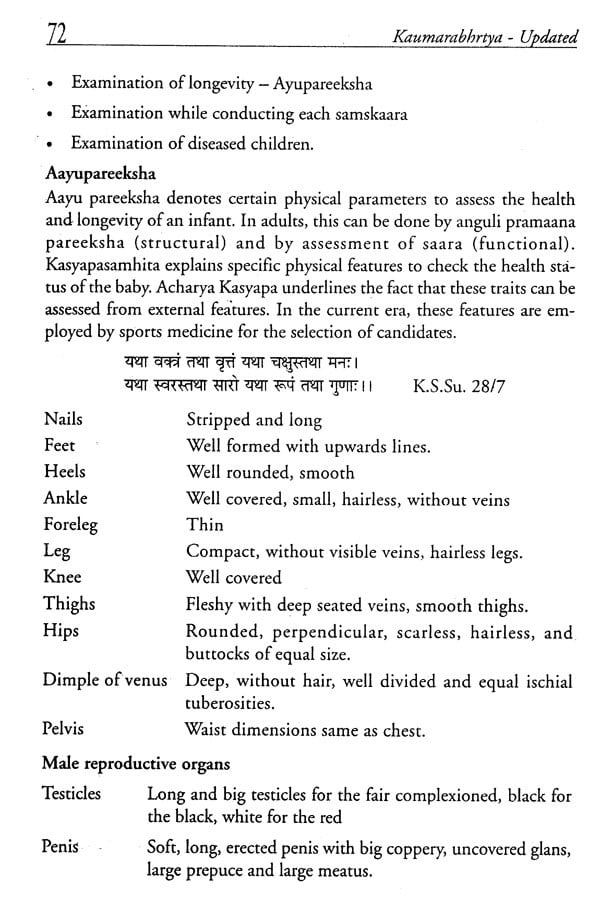 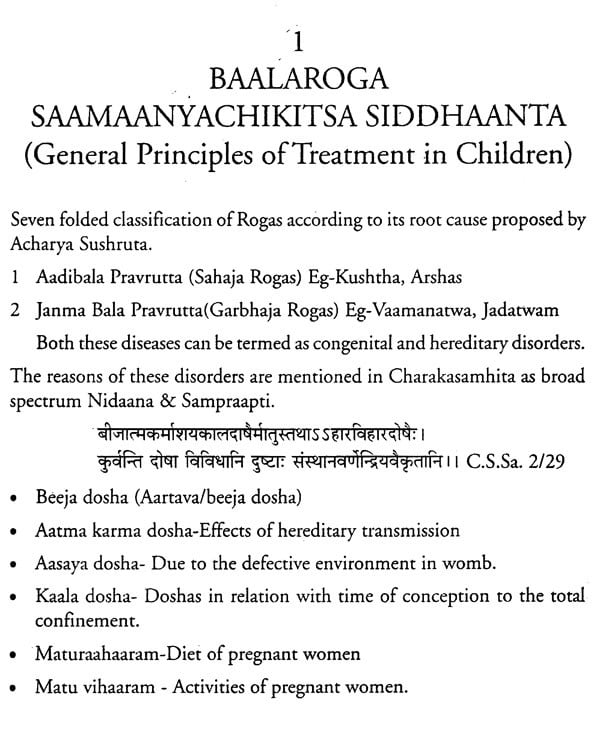 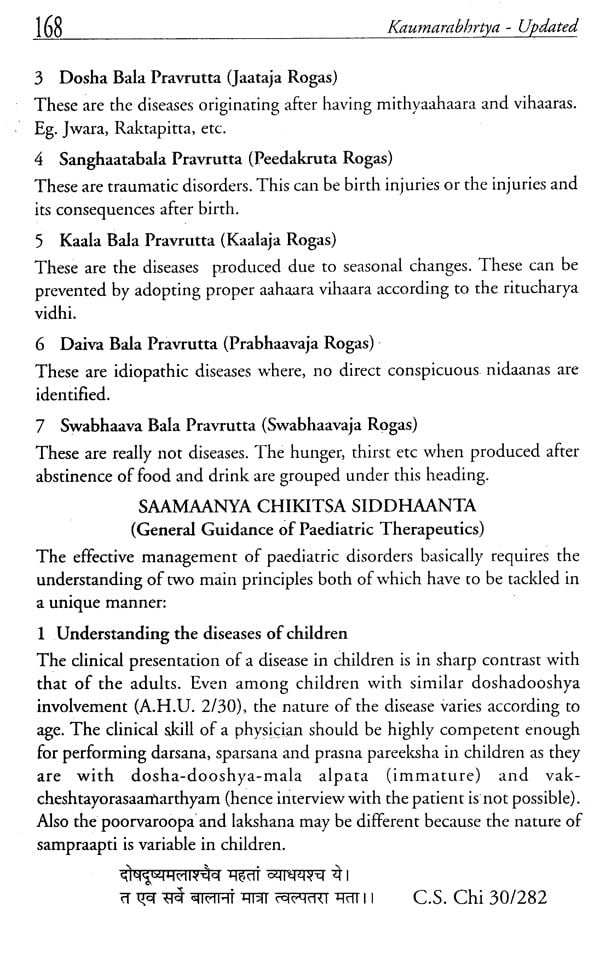 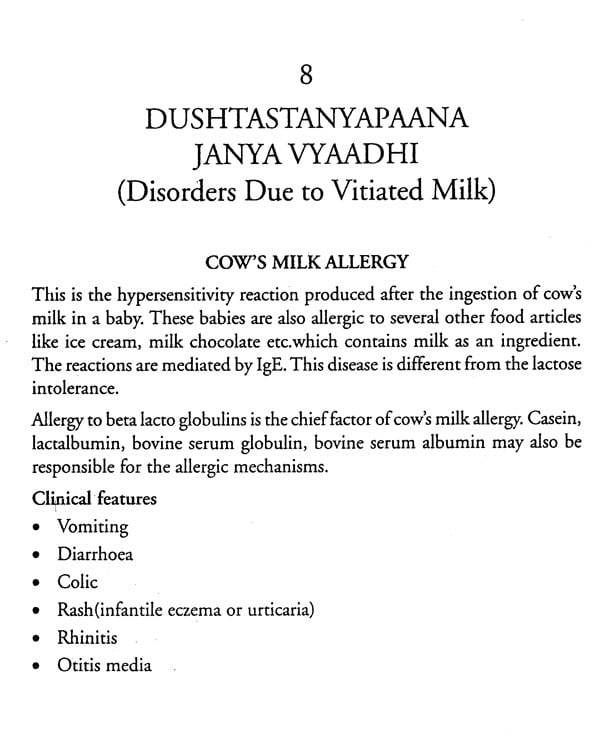 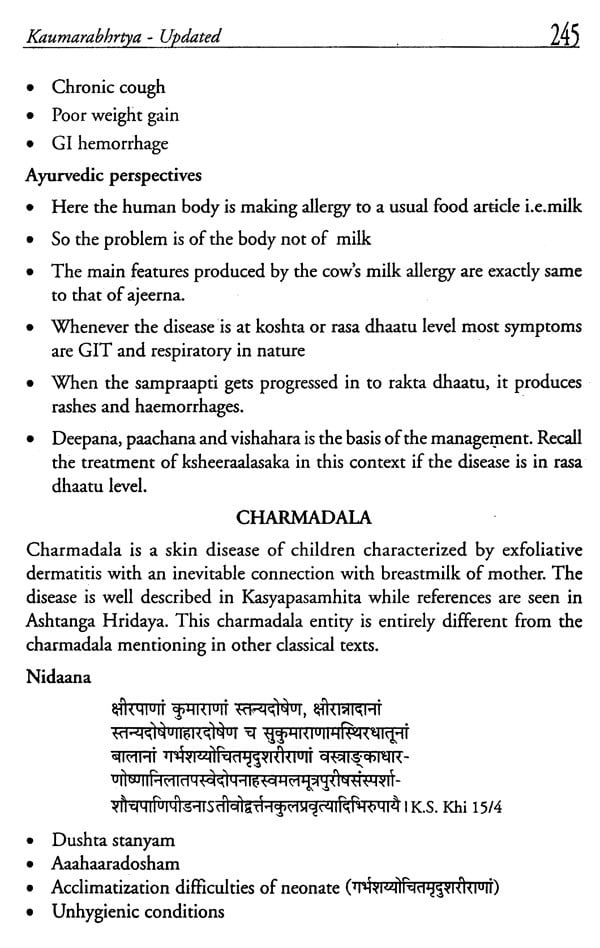