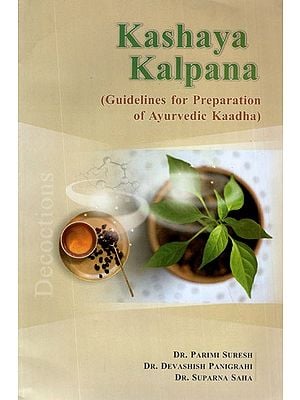 Ayurveda the world's oldest medical system has given so many simple remedies to people to treat various ailments. Amongst them the decoction making is one of the simplest and easiest way to treat the dreadful disorders. At present the Corona is engulfing the whole universe and in this connection this kashaya has been given a great importance in the name of kaadha. Ayurveda has advised 5 primordial drug dosage forms which are simplest , easiest and most effective medical dosage forms to treat any sort of disease condition. Out of these five primary forms the kashaya Kalpana occupies major portion and a number of kashaya Kalpana have been mentioned in classics. The guidelines of methods of manufacturing and others have been enumerated in classics. In the present book an effort has been made to compile , disseminate the information and present in a simple, systematic and scientific pattern.

It will be helpful to all the U.G and P G students in particular and all the public in general, especially those who wants to prepare the decoctions to treat the current Corona like conditions. 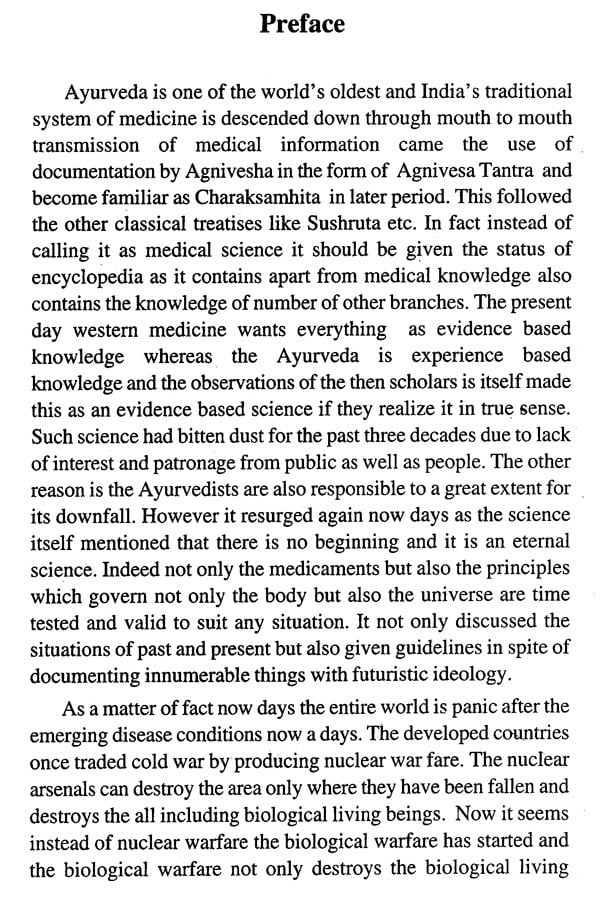 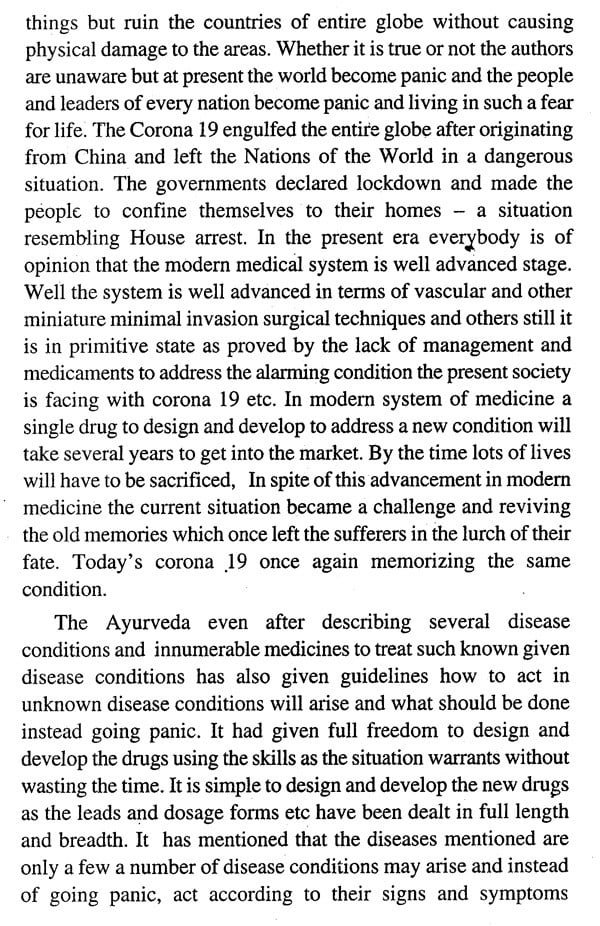 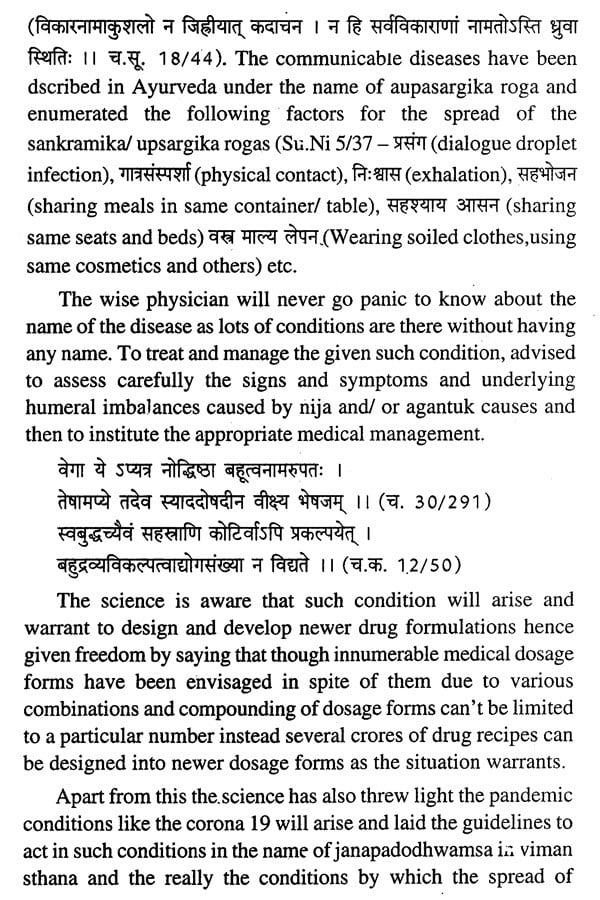 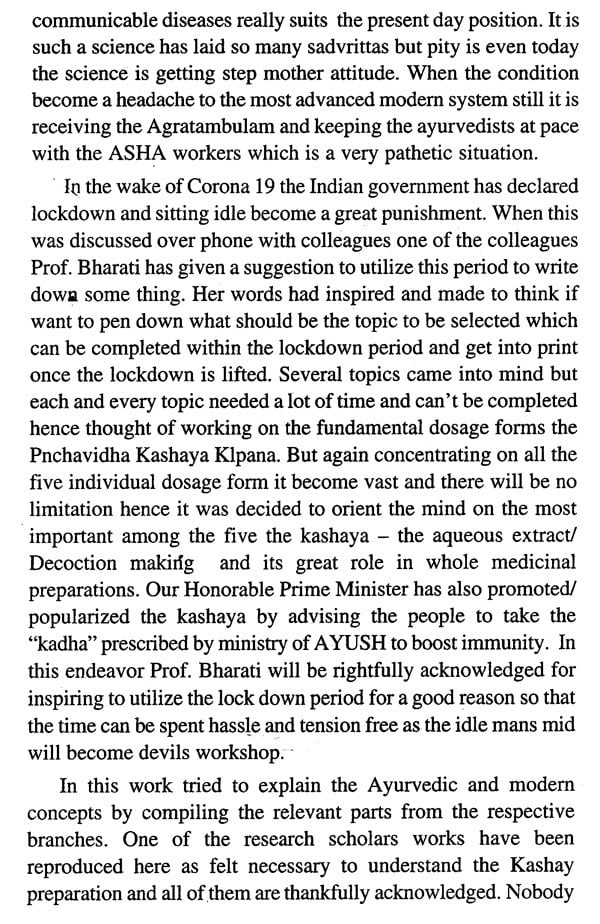 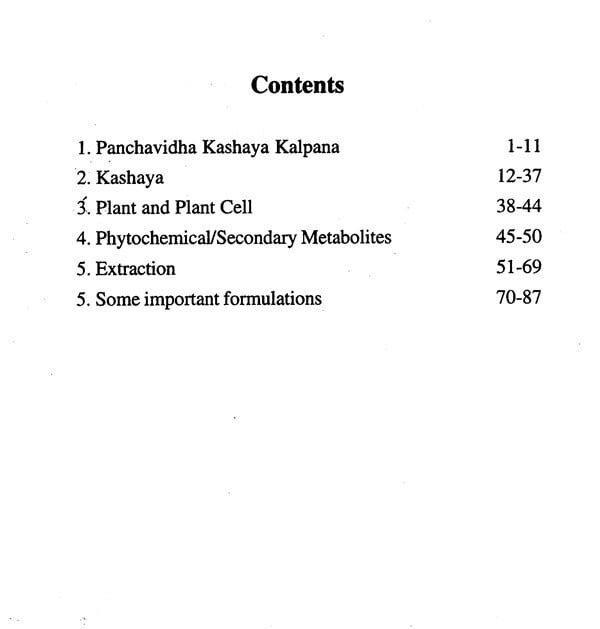 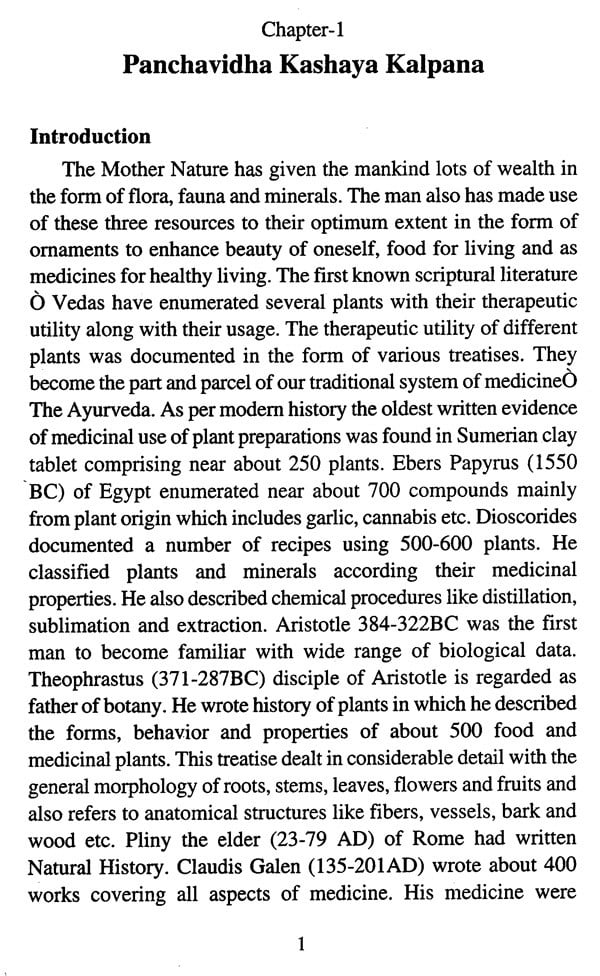 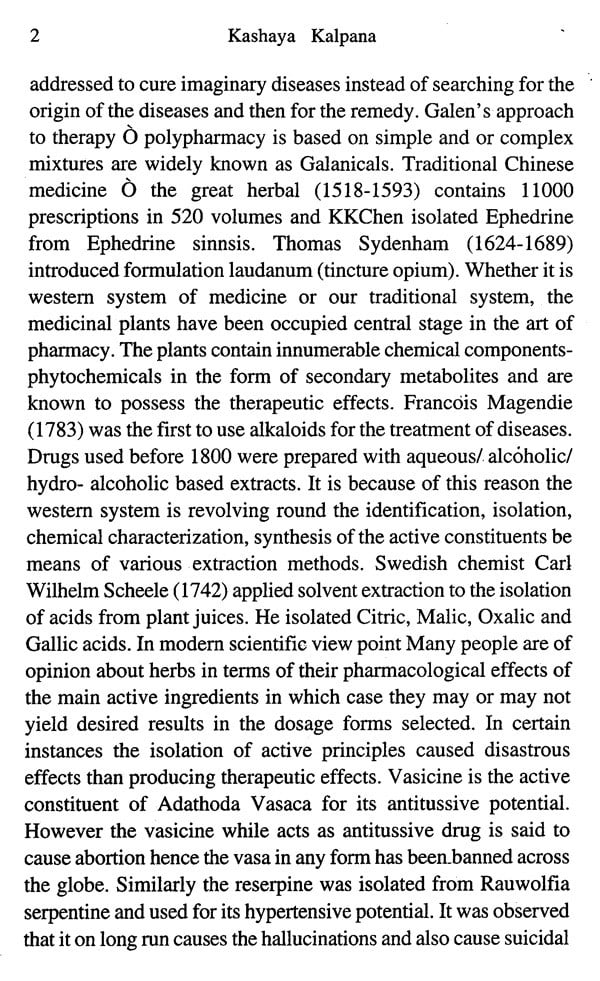 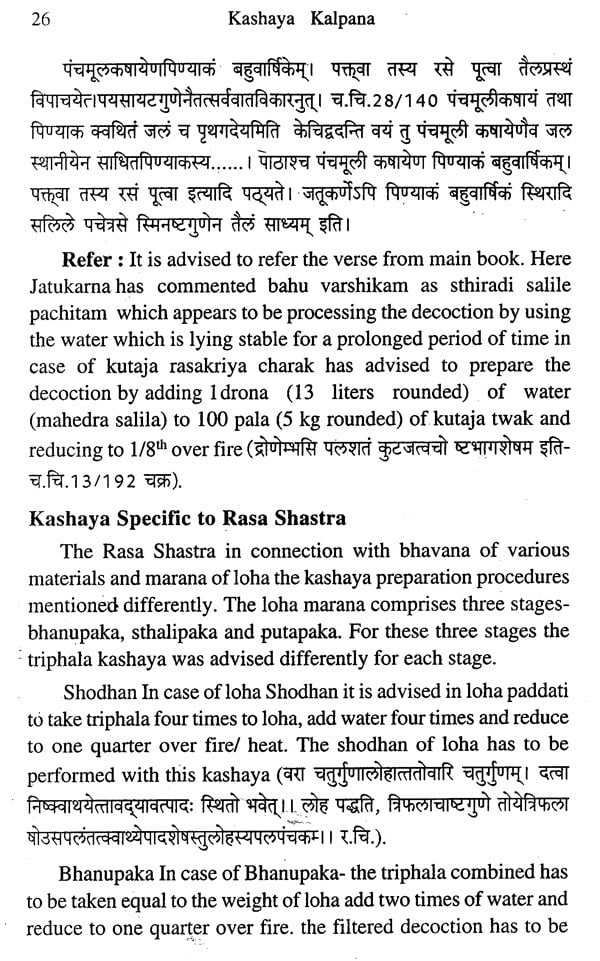 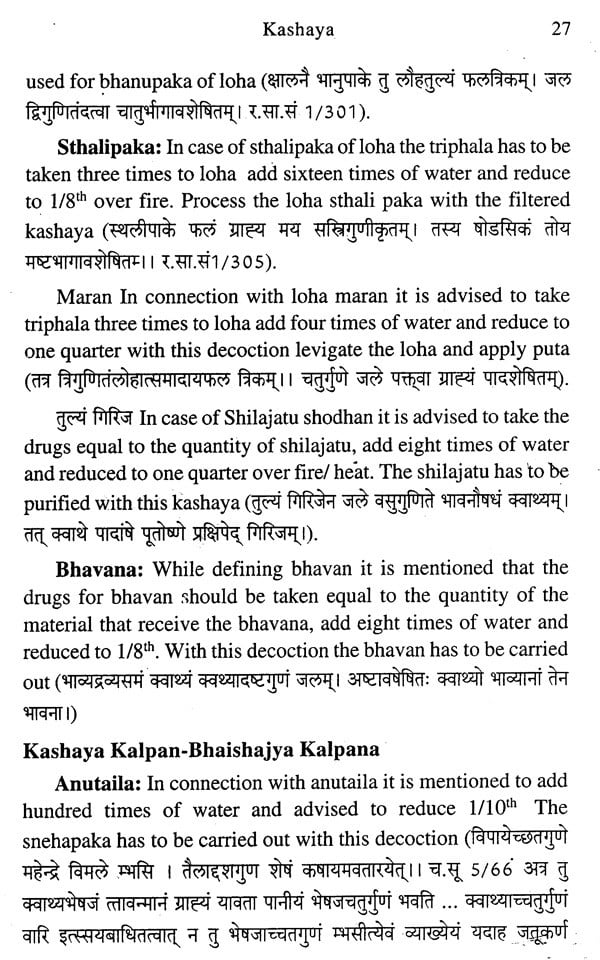 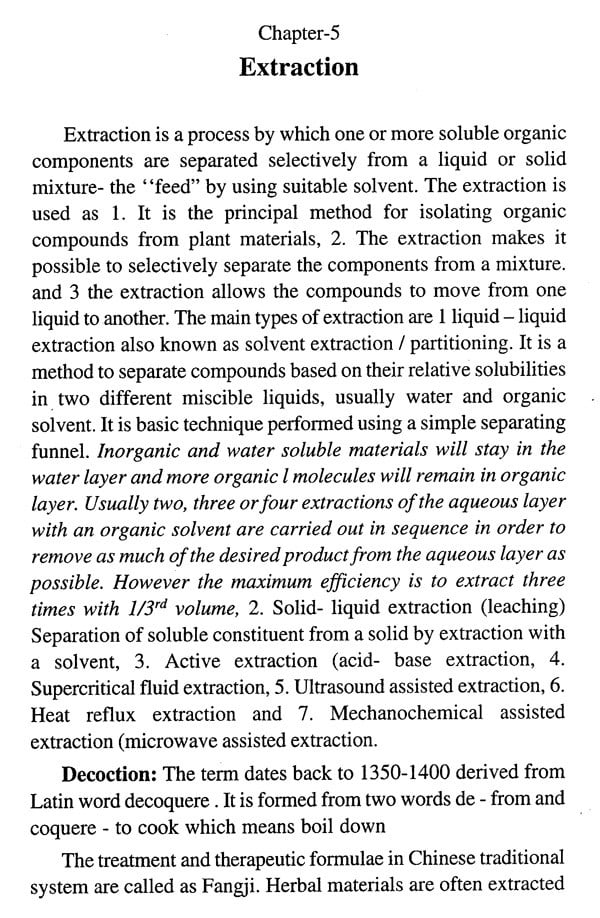 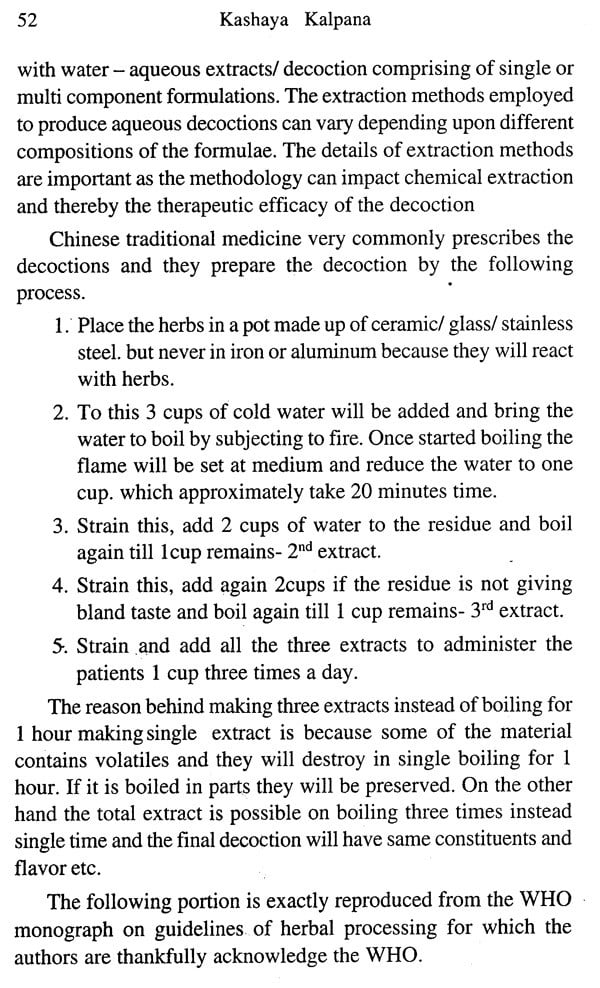