Kanan Devi was the unlikeliest superstar. Working as a maid to pay for her meals at the age of six and living in a notorious neighbourhood known for its brothels, she had no lineage, no godfather and no resources to draw upon. Yet, beginning as a child artiste at the age of ten, she rose to become one of the biggest screen divas of her time, commanding a fee of Rs 1,00,000 for a song and Rs 5,00,000 for a film. She was eventually given the Dadasaheb Phalke Award.

Kanan Devi: The First Superstar of Indian Cinema is the incredible story of Kanan Devi’s ascent as she went on to star and sing with stalwarts of the era like K.L. Saigal and Ashok Kumar. She became the voice of the musical works of Rabindranath Tagore, Kazi Nazrul Islam. R.C. Boral, Pankaj Mullick, Kamal Dasgupta and many others, and must be credited with bringing Tagore and Nazrul directly to the public arena much before their works had evolved into what is now called Rabindra Sangeet and Nazrul Geeti. Kanan Devi was one of the few stars to have been successful both in silent films and the talkies, and she was also one of the few artistes to be internationally recognized in Hollywood magazines as a gifted singer and actor, hobnobbing with the likes of Vivien Leigh.

But it is not only her cinematic achievements that set her apart. She was a woman of many dimensions: a fashionista, a producer who made several successful films in the fifties and sixties, a philanthropist who took up the causes of women in theatre and film-centred welfare projects, and a feminist before the word gained currency. Remarkably for a woman of her time, she managed her own investments and income.

Mekhala Sengupta’s well-researched account brings to life a fearless pioneer who fought stereotypes to live life on her own terms, and is a loving ode to a lost era of Indian cinema.

Mekhala Sengupta is a former banker and corporate financier. Educated in economics and finance, she is an alumni of Lady Shri Ram College, the Moore School of Business, Columbia, and the London Business School. She has worked with the Export Import Bank of India, JM Financial and Morgan Stanley India, followed by Reliance Industries, CDC Limited London and Dresdner Bank and Commerzbank London

Her musical ability and interest led her to train in Dhrupad with the Dagar Brothers in Delhi. She was associated with a music foundation in Bombay which sought to bring the vintage cinema music of K.L. Saigal, Pankaj Mullick, Uma Shashi and Kanan Devi to the youth. She moved gradually into devotional music, bhajans, shlokas and chants, and easy-listening music. This is Mekhala’s first book.

In any discussion of the music of Indian cinema before the emergence of playback singing, the era of the singing star, the name of Kanan Bala Stands out. This was a period after the advent of the talkies in India in 1931. The first attempt at playback took place in 1935 as a recoding experiment at New Theatres, Calcutta, but it took time for both the technology to perfect itself and for it to become rooted across the recoding and film industry, which it did by the late 1940s Until then, Kanan was the reigning star and melody queen of Indian cinema with box-office hits all over India.

Kanan is one of the finest singer-actors Indian has ever produced. Based in Calcutta, then the centre of the Indian film industry, Kanan had an almost unrivalled status as a nationwide superstar in both Hindi and Bengali film. She shone as the star among the new women arties from Calcutta, who delivered consistent box-office successes in the 1930s and 40s with the iconic New Theatres and before that with Radha Films, both studios producing Indian-made nationwide bilingual hits. Her beauty, natural screen presence and musical talent captivated her fans from Lahore to Rangoon, Peshawar to Chittagong and Kashmir to Kanyakumari, who thronged to see her films.

It may be argued that Kanan’s fame as a nationwide superstar singer-actor may actually precede that of the legendary icon Devika Rani. Here is why. Devika Rani, the grandniece of the great poet and Nobel laureate Rabindranath Tagore, had by then acted in an acclaimed film, John Hurt’s Oriental fantasy Karma (1933). During the screening of Karma, she was honoured by an invitation of the BBC in London to act in the first television broadcast in Britain which was relayed throughout the country. She was also chosen to inaugurate the first BBC broadcast on the short wavelength to India. Devika Rani then co-founded Bombay Talkies in 1934 along with her then husband, the acclaimed director-actor Himanshu Rai, and acted in their productions starting with Jawani ki Hawa (1935), followed by Jeevan Naiya (1936), Achhut Kanya (1936) and many others. All these would appear to be a first, but the fact that Karma, which established Devika Rani on the international radar, was not even made in India.

The same logic was applied when it came to establishing the first Indian film. There was close competition between Dadasaheb Phalke’s Raja Harishchandra (1913) which was made in India, in contrast to Dadasaheb Tome’s Shree Pundalik, filmed in India but processed in overseas studios a year earlier in 1912.

If we take 1933 as a benchmark, the major hit talkie films of 1933 that were made in India were Lal-e-Yaman, Char Darvesh, Daku ki Ladki and Miss 1933. Kanan acted in Char Darvesh, a nationwide hit made by Radha Films. In fact, by 1936, the year she joined New Theatres, Kanan was unquestionably Bengal’s singing star and a reigning diva with her bilingual hit films released nationwide. She remains the first artist of her time to be recognized and cited in Hollywood where she was acknowledged as a gifted singer, actor and artist from India with a tremendous fan base for the films made in India by the fledgling film industry, as early as 1934-35. Kanan featured in Hollywood tabloids such as The Hollywood Reporter, Movie Mirror, Photoplay, Modern Screen and the Variety magazine.

As kanan’s obituary in the ‘Calcutta Diary’ of the Economic and Political Weekly (1-8 August 1992), put it, ‘She spelt charm, glamour, dazzle and grace to the fledgling Indian middle classes [of the 1930s and 40s].

Kanan started as a child artist in the days of the silent movies. The advent of sound films or talkies, the technology wave of the 1930s, catapulted a select few like Kanan into the public eye as she smoothly made the transition from lip-syncing to naturally articulated speech alongside intoxicating songs. A heady mix of classical beauty and erotic sensuality, long-limbed and perfectly proportioned, she had an ethereal physical appearance. On the one hand, she was lithe and sensually fashioned, with plenty of oomph and style. On the other, despite her pout, she had a purity and innocence, a majesty and gravitas, which made her physical beauty a secondary matter. Above all was her magnificent voice which put all her other natural attributes to shade.

A word on the social attitude towards a woman’s profession as a musician and film artist. At the time, women and girls from the middle class or from respectable families could not be in the entertainment industry, whether as musicians, dancers, theatre artists or cinema artists. An Education Gazette of 1873 states: ‘The present theatres have no female artists on the staff. This will be soon considered a defect and means will be sought to remedy the defect. Some of the prostitutes are trying to receive education. If a few such educated women are secured, happy consequences will outweigh any mischief done. The first women theatre artists came from backgrounds of extreme poverty and degradation. These pioneering theatre artists included Binodini, Tinkori, Tarasundari, Susheelabai and Kusumkumari. Sadly, even when the above were unequivocally accepted as great artists in the theatre world, they still needed a benefactor to protect their interests. This was the general perception about women in the theatre and entertainment profession which began changing only by the mid-1920s, when educated women from well-to-do and even renowned families entered theatre.

During this time of dichotomy regarding opinions about the role of women in society, women in orthodox homes lived in seclusion of the most rigid and confining sort, in purdah, and in their private quarters, the zenana. With Sir Charles Wood’s education despatch of 1854, there was emphasis on mass education in the vernacular for both sexes as well as higher education for elite castes. Female education began to gain support, with greater government resources directed towards this cause. B.R. Ambedkar, Ishwar Chandra Vidyasagar, Jyotiba Phule, Raja Ram Mohan Roy, Sri Ramakrishna Paramhansa, Swami Dayanand Saraswati, Swami Vivekananda are just some names who actively supported the modernizing influence of the colonial rule on the status of women in India, albeit also inadvertently expressing enthusiastic pro-colonial sentiments.

Yet education was not intended to interfere with the traditional ambit of a woman which revolved around her household and family duties. Orthodox Hindus in the nineteenth century recognized the potential threat to the status quo posed by an educated and intellectual woman. Even Mohandas Karamchand Gandhi, the Father of the Nation who led the mass movement to independence, held the view that the education imparted to both men and women should be according to their preordained stations in life; he viewed woman as a complement to man. 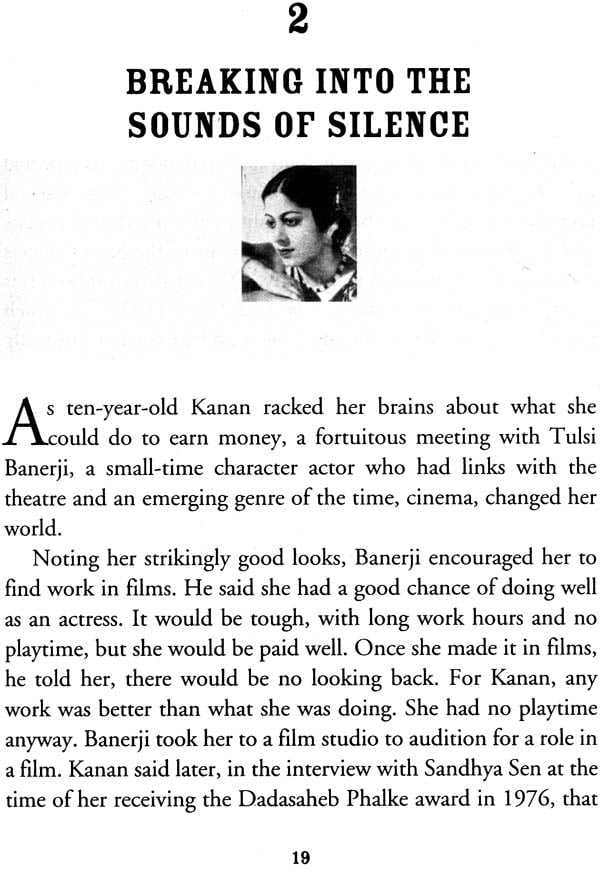 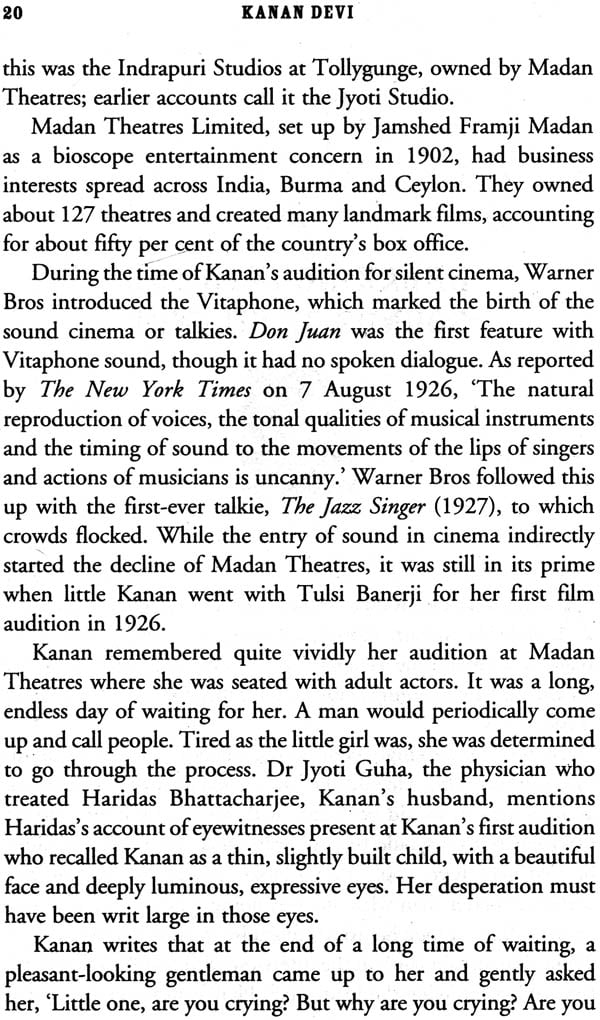 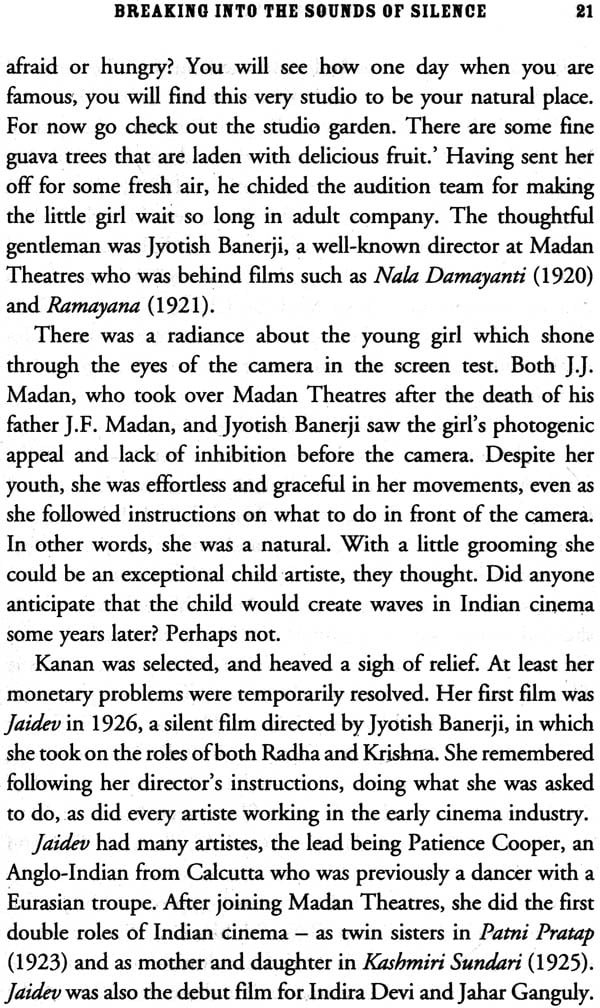 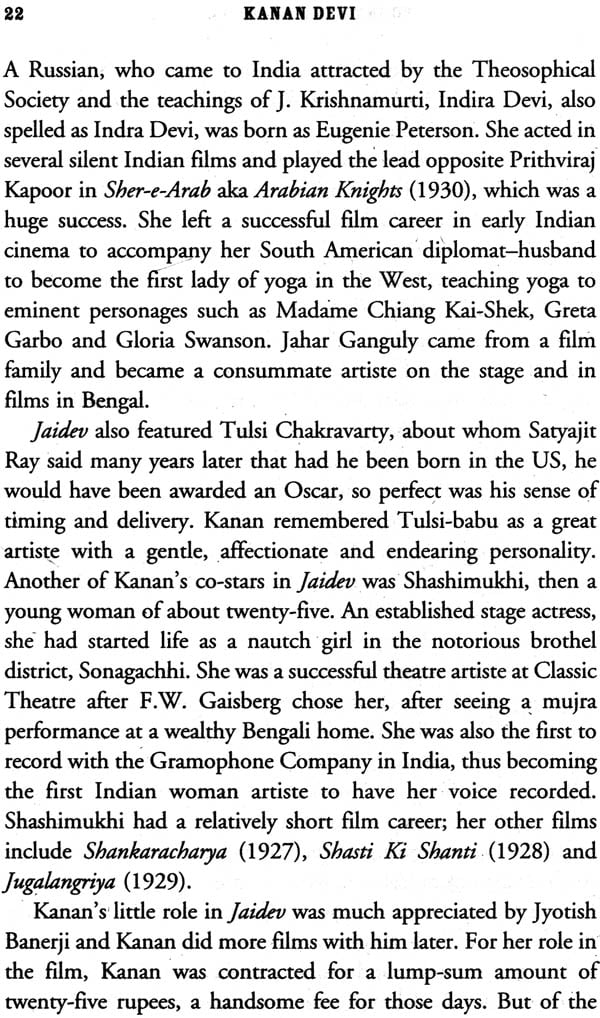 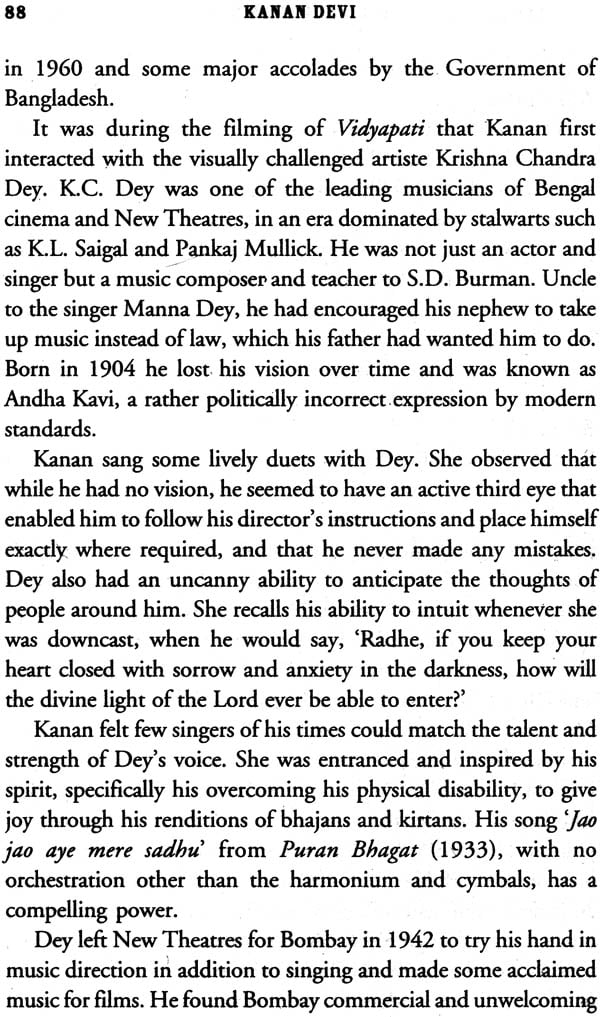 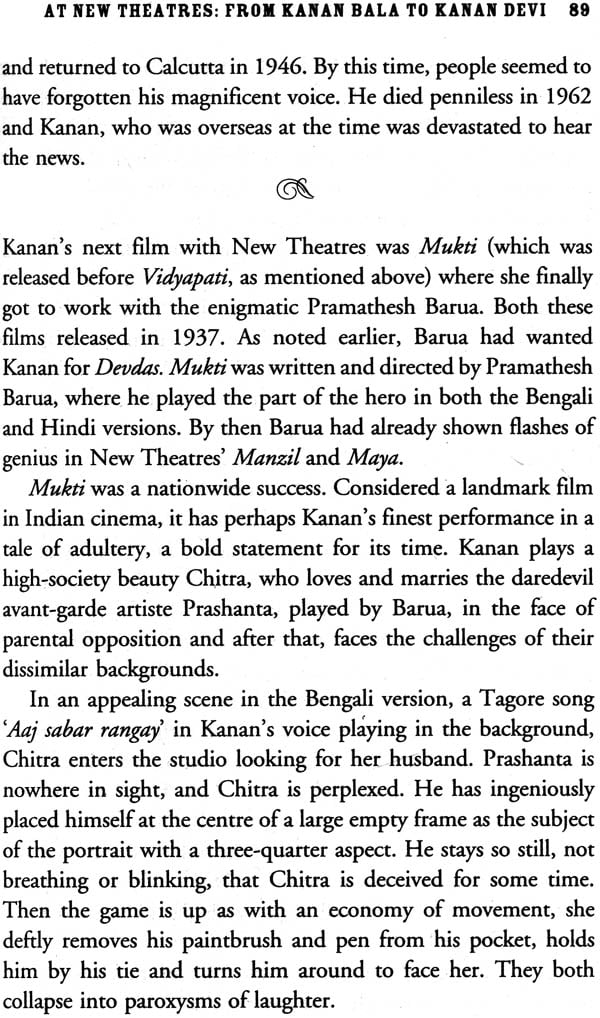 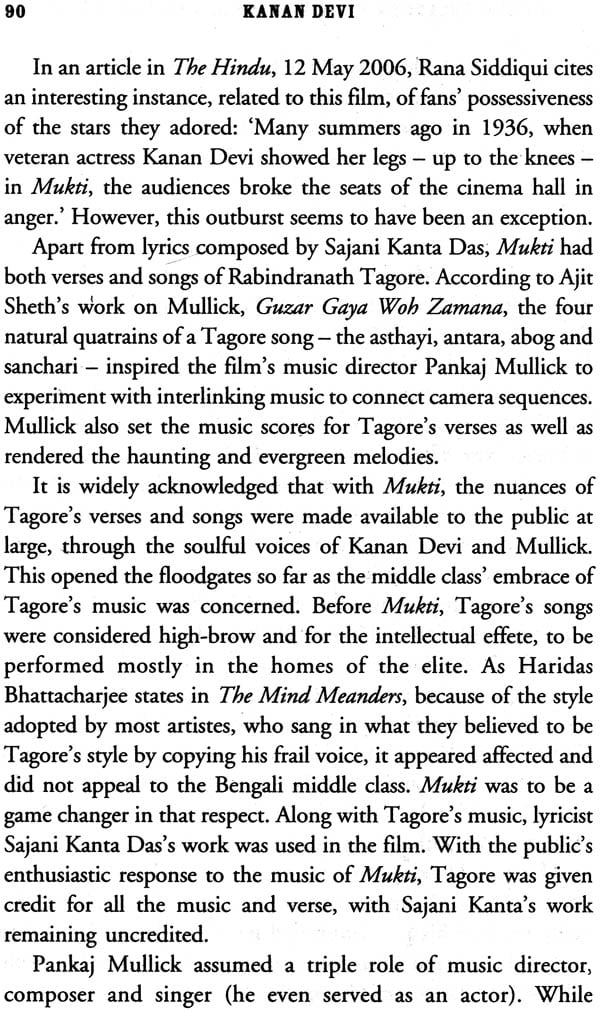 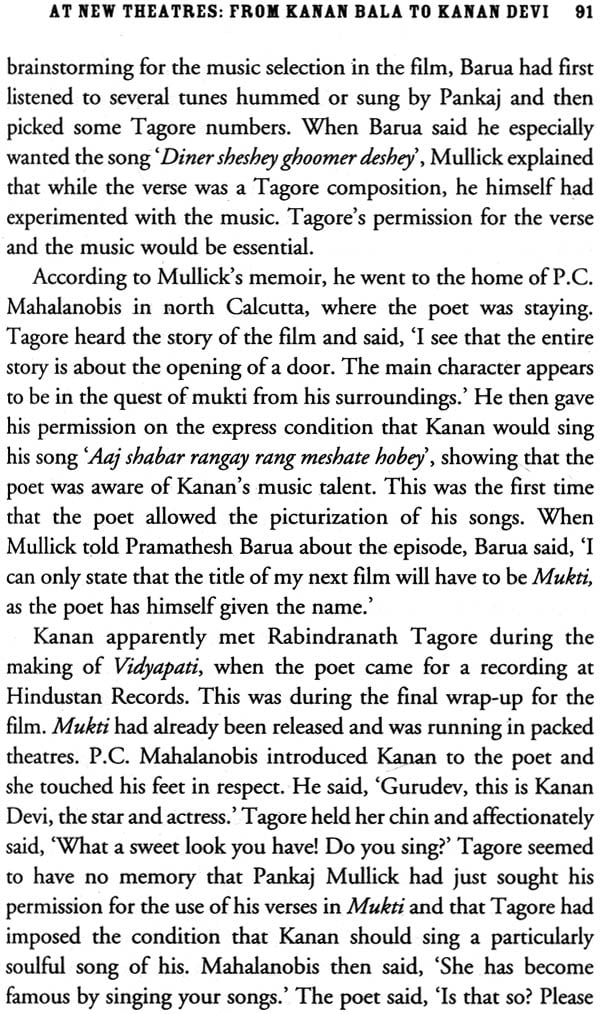 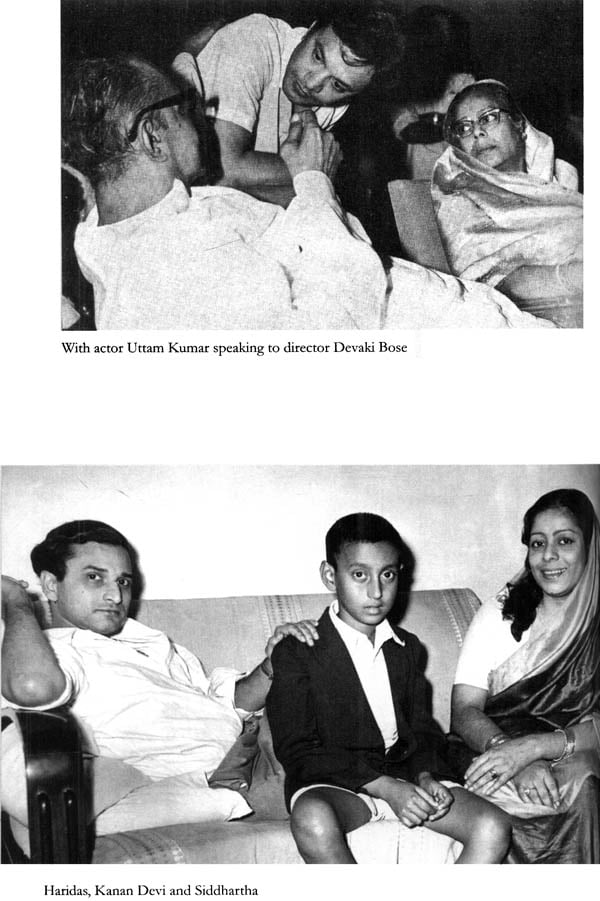 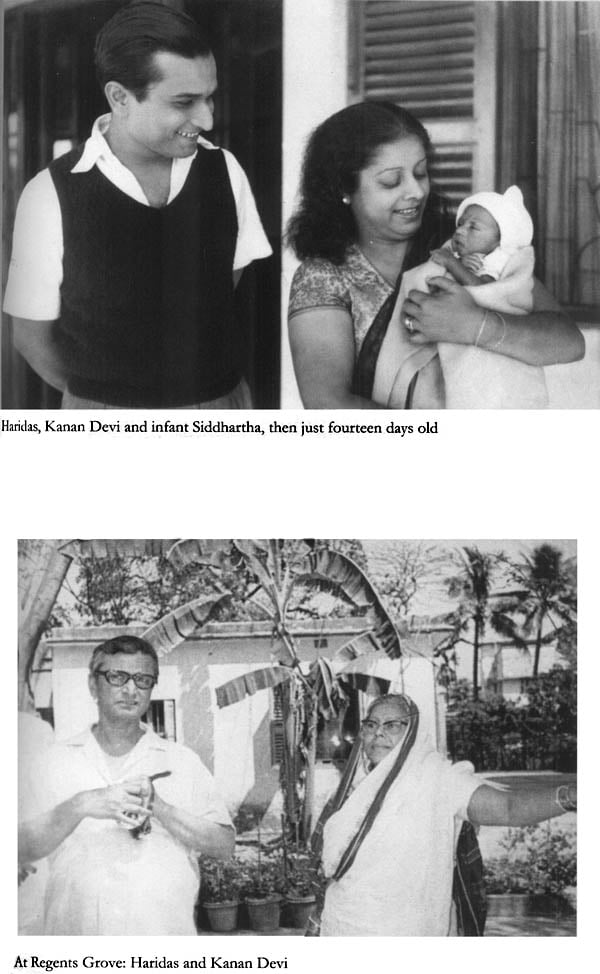 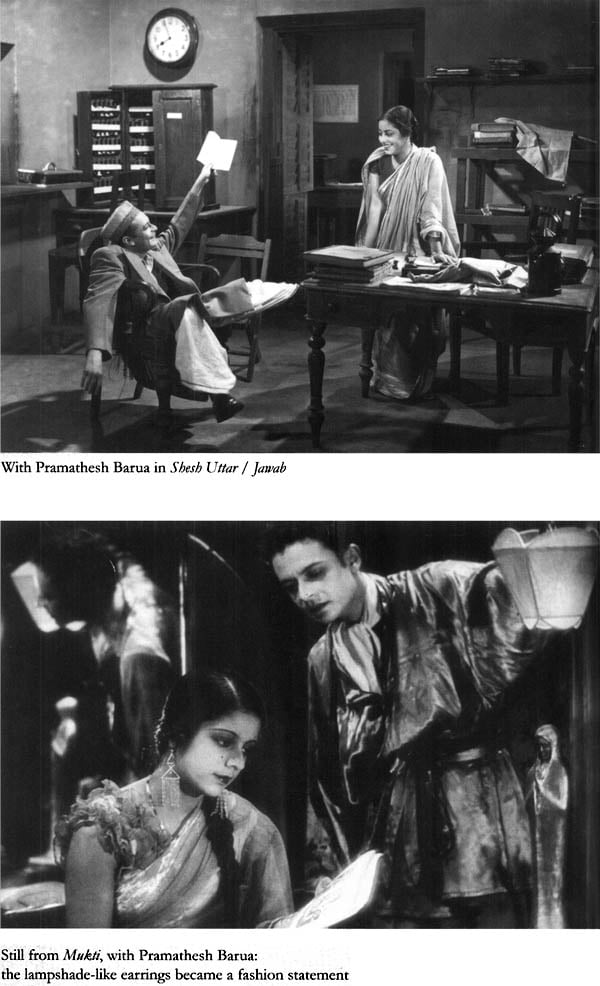 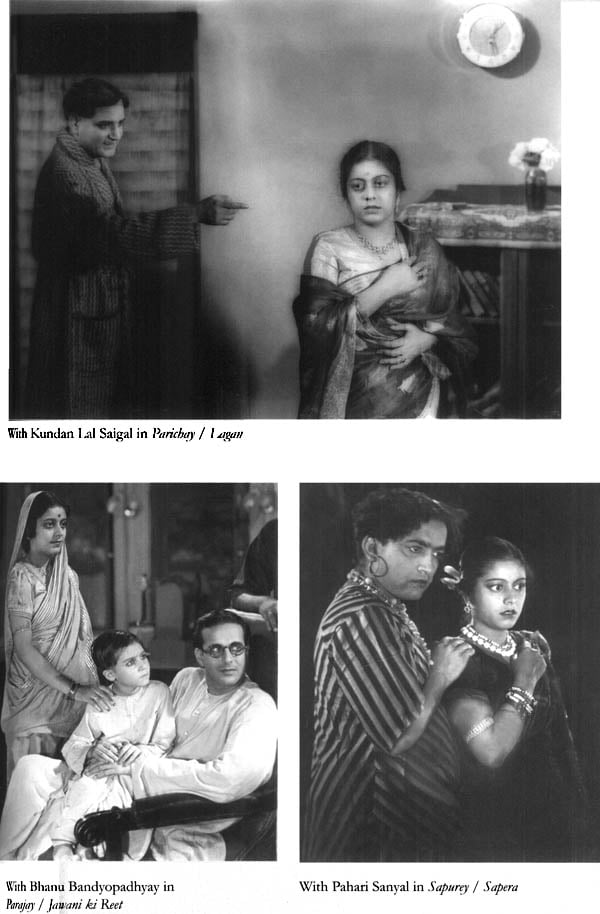 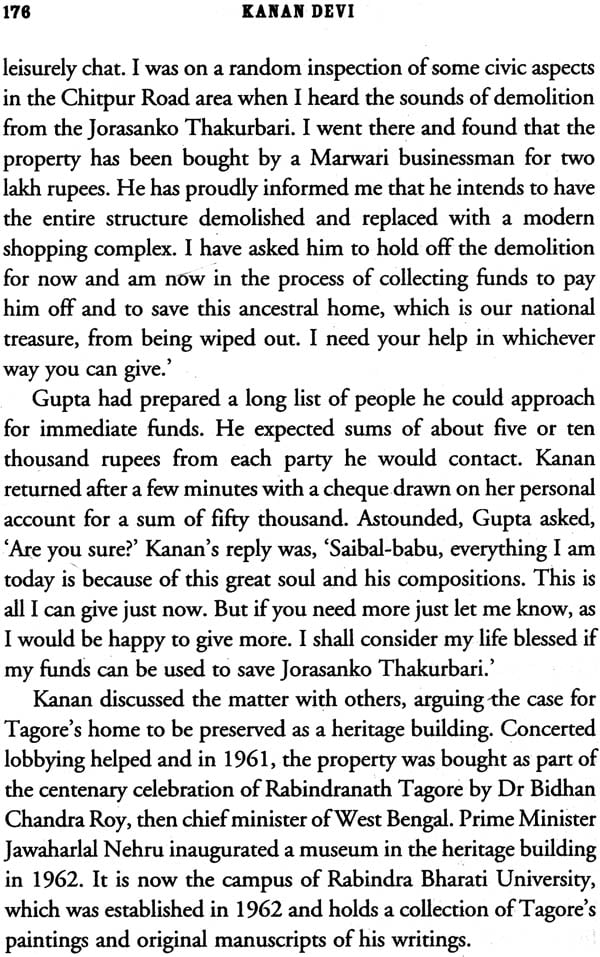 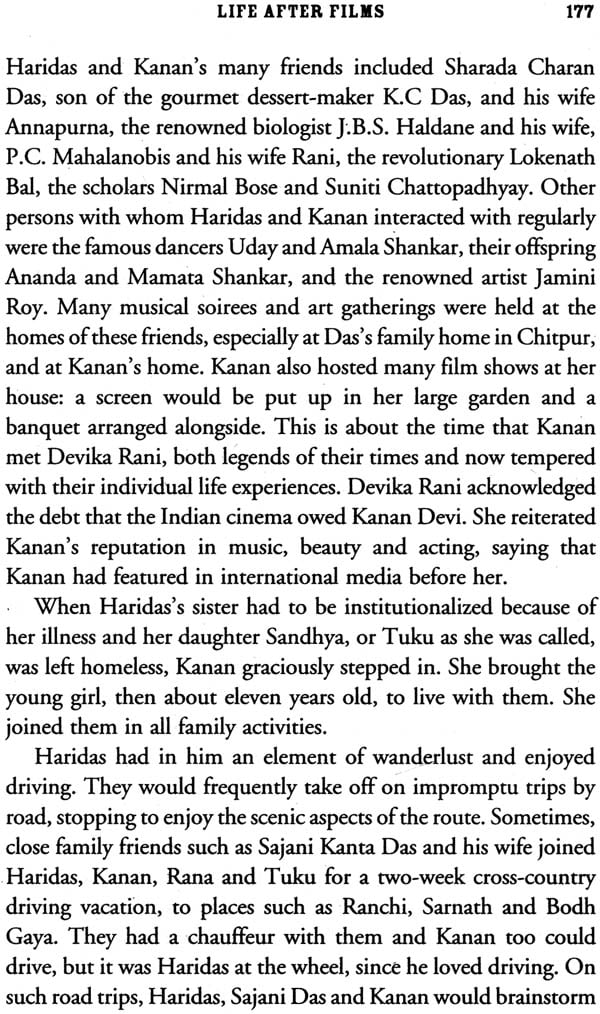 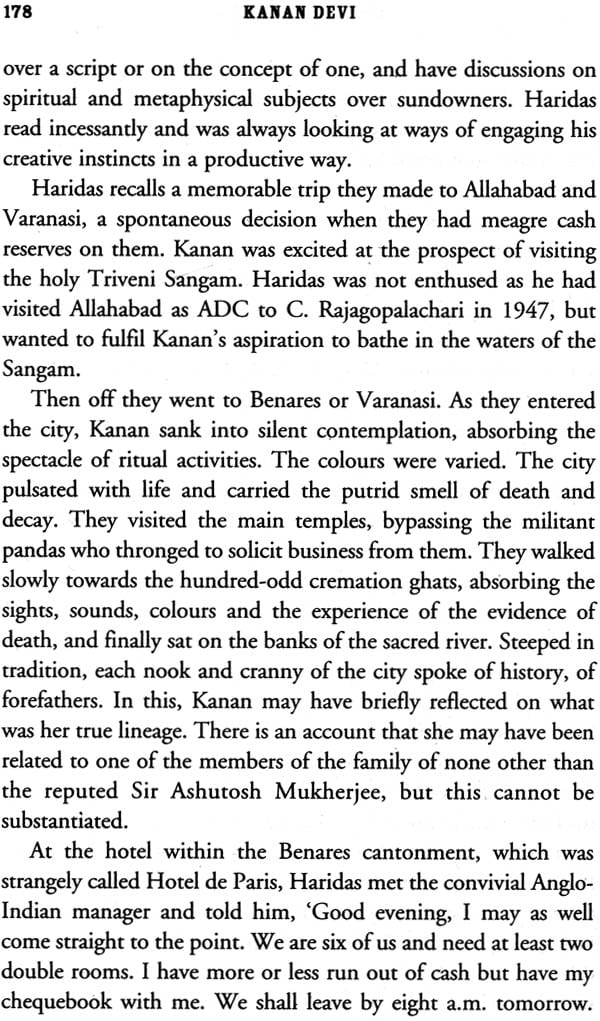 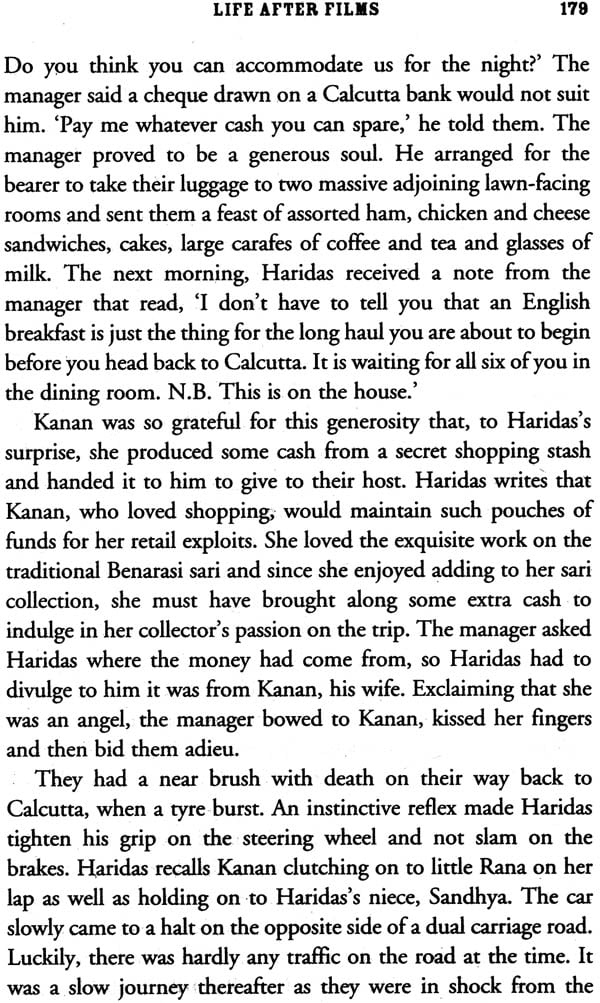 Eminent Indians Film Personalities
By M.L. Ahuja
$11
Out of Stock Mahanayak Revisited: The World of Uttam Kumar
By Swapan Mullick
$23.50
Out of Stock Folk Music of the Himalayas
By Mandira Ghosh
$105
FREE Delivery Tolpava Koothu {Shadow Puppets of Kerala}
By G. Venu
$29
Out of Stock