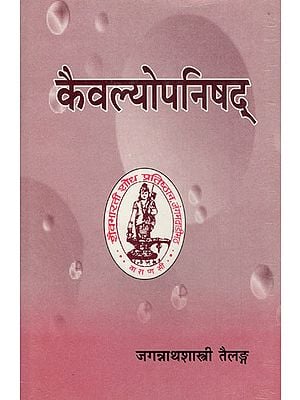 $29.00
Notify me when this item is available
Save to Wishlist Send as E-card Share by Email
Introduction
In the philosophical literature of the world the upanisads occupy a very high place. Western scholars of philosophy and literary history have acknowledged in unmmistakable terms the importance of the upanisads. Arthur Schopenhauer, the foremost modern panthiest of the West, said, "It (Latin translation of the Persain rendering of the Upanisads) is the most rewarding and the most elevating reading (with the exception of the original texts) there can possibly be in the world. It has been the solace of my life and will be of my death.'" His philosophy is unmistakably transfused with the upanisadic doctrines.

Professor Deussen who occupied the Philosophy Chair in the University of Kail (Germany) found in the upanisads Parmenides, Plato and Kant in a nustshell. "On leaving India in 1893, in an address before the Bombay Branch of the Royal Asiatic Society, he gave it as his parting advice that, "the Vedanta, in its unfalsified form is the strongest support of pure morality, is the greatest consolation in the sufferings of life and death. Indians, keep to it."

Professor J. S. Mackenzie said, "The earliest attempt at a constructive Theory of the cosmos and certainly one of the most intersting and remarkable, is that which is set forth in the upanisads"

Dr. Hume, Professor of History of Religions, New York, holds that the monism of the upanisads exerted and will continue to exert an influence on the monism of West, for it contains certain elements which penetrate deeply into the truths which every Philosopher must reach in a throughly grounded explanation of experience.

In the Indian literature, the place of the upanisads is unique. They are known as the Vedanta, the end of the Veda, meaning that they teach the essence of the Vedas. The word `upanisads' is derived from the root सद to sit, with prefixes उप and नि meaning, "sitting down near" the teacher to receive instruction, a sort of secret doctrine or iv-u. Generally the upanisads are believed to contain the highest knowledge, viz., Brahmajnana. Chronologically they fall at the end of the Vedic period and perhaps for this reason they are called the Vedanta, end of the Vedas. They are the most precious heritage left to us by the ancient Rsis.

Most of the systems of Indian Philosophy trace their source to the upanisads. Many schools of Indian thought holding diametrically opposite views quote freely the upanisads in support of their cardinal points. Sankara, Ramanuja and Madhya depend mostly on the upanisads to build up their Advaita, Visistadvaita and Dvaita. It is really surprising how these great men attempted to reconcile and to utilise the manifestly contradictory passages in support of their theses. The reason is not far to seek. They regarded the upanisads as constituting one systematic whole and therefore believed that the system contained therein was their own. Like Rgveda, the upanisads are revealed texts and it is, therefore, impossible for these men to accept that the revealed texts, श्रुति s, should ever contain contradictory statements. But the real fact seems to be that nemerous sages of hoary antiquity expressed directly and simply their thoughts which sprung up spontaneously, which were uppermost in their mind and which were regarded as fully descriptive of views of reality. We see in the upanisads the bubbling of such numerougs thoughts of ancient sages.

It is obvious that all these are not old. It is necessary that a clear division between the old and new upanisads should be made by applying tests based on historico critical spirits. A good deal of work in this direction has been done. To determine the older upanisads from the later ones scholars have laid down certain tests based on languages, style, vocabulary, Grammatical peculiarities, subject-matter, references, influence of Brahmanic ideas of sacrifice, magic, vratas, phalasruti, historical development of philosophical ideas, etc. Applying these tests a thorough investigation of most of the available upanisads has been made. As a result of this investigation they may be broadly divided into earlier and later upanisads. The earlier upanisads are very old and it is generally accepted that they were in existence before 600 B.C., i.e., before the birth of the Buddha. They are ten in number according to some and thirteen according to some others. In arranging these earlier upanisads in chronological order there is no agreement among scholars. However, (1) Brhadranyaka, (2) Chhandogya, (3) Tattiriya, (4) Aitareya, (5) Kausitaki, (6) Kena, (7) Katha, (8)Isa, (9) Mundaka, (10) Prasna, (11) Mandukya, (12) Svetasvatara and (13) Maitri Upanisads are accepted as the earlier upanisads. The first six of this list are considered the oldest. All other upanisads except these thirteen are generally agreed as later upanisads. It is at this stage highly desirable that some scholar should take up the study of determining the probable dates of the later upanisads. So far not much effort has been made in this direction. Dr. A. B. Keith holds that the later upanisads claimed connection with the Atharvaveda; but a number of them had no real bond of union. He divides, "the later upanisads into "four classes according as they (1) merely develop doctrines already found in the older upanisads; or (2) devote themseles to the gorification of the Yoga practices, by which religious ecstasy was produced; or (3) deal with the conditions of the Samnyasis; or (4) finally give themselves upto glorification of Rudra Siva.’’ 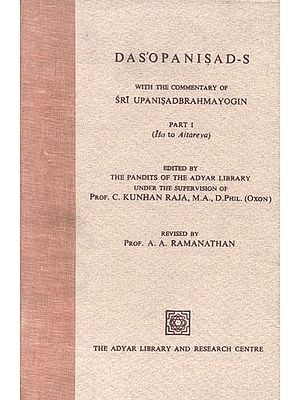 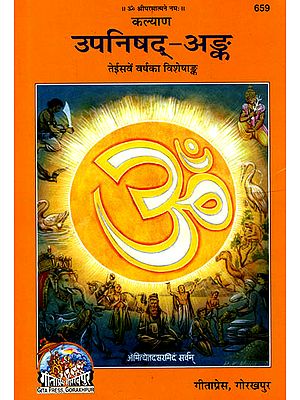 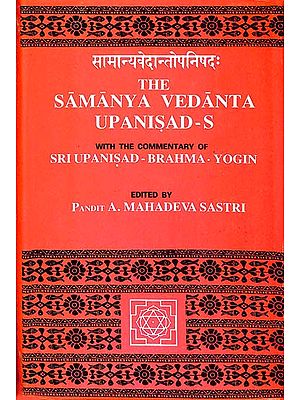 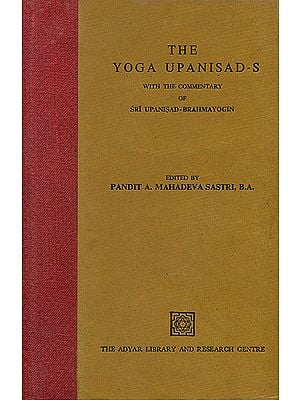 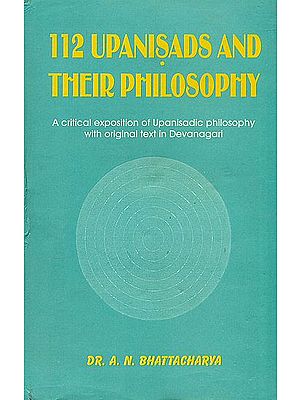 112 Upanisads and Their Philosophy (A Critical Exposition of Upanisadic Philosophy with Original Text in Devanagari)
8.5 inch X 5.5 inch
$31.00 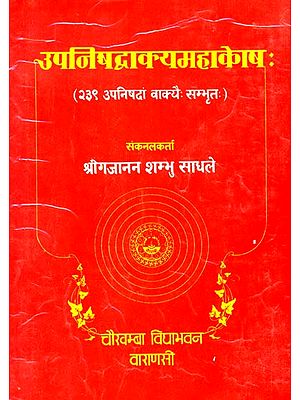 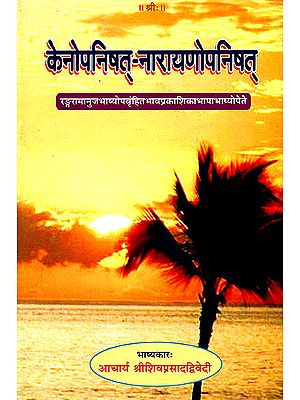 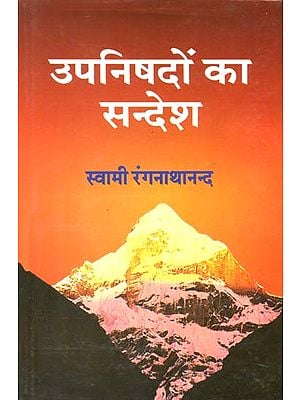 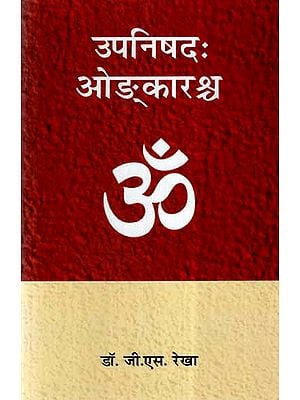 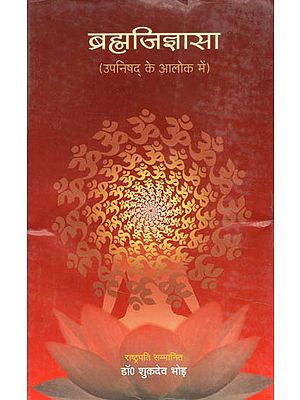 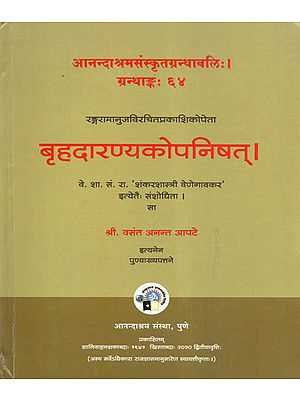 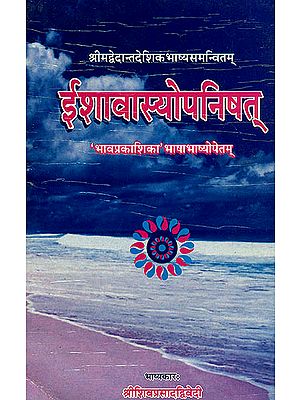 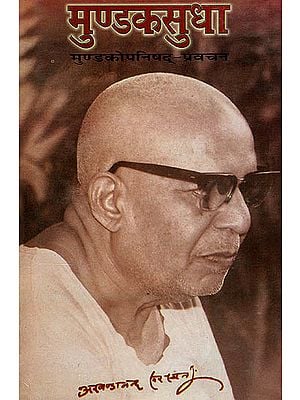 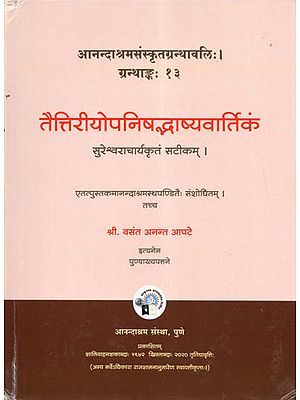