An Introduction to Sanskrit (Applied Grammar and Composition)

For centuries the students had been asked to study Grammar twelve years to be at home with the Sanskrit language. The early European scholars had almost to undergo the same exercise, but what they brought out for their pupils was somewhat different. In the beginning, the, terms of the Hindu grammarians were uncouthly fitted in the western grammatical scheme, which were later on gradually given up. After several stages of simplification, the Sanskrit grammar has now >been reduced to the actual requirement of the classical texts. Macdonell's or Stenzler's revised grammars perhaps represent the points of culmination. But these scholars had in their mind only the western students who had studied Greek and Latin before taking up Sanskrit. Therefore male hate heath sarvam may be the first exercise in a western Sanskrit Granimar, but an Indian teacher may be puzzled when asked to explain this sentence to his students in the first lesson.

Therefore, we require primer of Sanskrit which does not anticipate the knowledge of any Other language. The structure of Sanskrit itself is to be revealed to the students.

The noted peculiarity of this book is that it gives exercises on transformation of sentences. Its value will be realised only when the exercises are taker up.

Madhusudan Mishra passed his B.A. (Hons.) Examination in Sanskrit in 1956 and M.A. Examination in Sanskrit in 1958 from Patna University. In both the examination he stood first in first class and was awarded three gold-medals. He joined Goenka College, Sitamarhi in 1959 as lecturer in Sanskrit, and later he Indogermanisches Seminar of the University of Frankfurt in 1965. He joined the Rashtriya Sanskrit Sansthan in 1973 as Assistant Director and became Deputy Director (Academic) in 1977. He wrote lessons for the Correspondence Course of the Lower and Higher levels through the medium of Hindi and English.

Mishra has particular interest in historical and comparative linguistics, and has specialised in the preparation of language teaching courses. The present book is the result of his years of tireless work.

The Sanskrit language has been the vehicle of Indian thoughts in all their variations at all periods in our history. Among the vernaculars of ancient India, Pali became associated with a sect of Buddhism and a form of Prakrit with Jainism, but Sanskrit has remained associated with all of them. Even some new sects, which arose out of Bhakti-movement in the medieval history, have now turned to Sanskrit, though their songs and prayers are written in the vernaculars of that period. Many educated persons in service, who have some time at their disposal before and after their duty hours, often ask for simple text-books and easy manuals of Sanskrit. Even our elders, who have retired from services, want to pass the evening of their life in the mild sunshine of religious and philosophical books. Generally the epics and Puranas attract them, although some others may like to read Upanisads or even the older poetry of the Vedas. Many others may find pleasure in the secular poetry of the classical authors. This book may serve the purpose of all of them.

The present Sanskrit syllabi of the Indian universities are hopeless. There is no provision for desk-work, and instruction is imparted in such a way that the teacher hardly goes to the black-board even in the teaching of the language-items of Sanskrit. The result is that a student of M. A. knows only as much of the Sanskrit language as a student of B. A., though the former becomes aware of a larger number of Sanskrit books and authors. Unless there are exercises and practices on the language-items of Sanskrit, a student cannot be said to have mastered the language. The old proverb gastramukham vyakaranam has been greatly ignored today. This book also intends to chastise such students, providing a good deal of desk-work for them.

The grammar does not follow the traditional order, because our purpose is to introduce the easier elements of the Sanskrit language first, and then the difficult ones. The lessons have been prepared in the form of a ladder, so that any jump may be injurious. It is also advisable to go with slow speed. One should go to the next lesson only when the first is properly understood. It should also be remembered that a short time everyday is more useful than gigantic effort now and then. Whenever the exercises are taken up, the corresponding lessons or paragraphs must be read at least twice or thrice.

The exercises do not contain passages for translation into Sanskrit, because our main purpose has been to acquaint the readers with the classical authors. Therefore, we have thought of only ope-way translation, namely from Sanskrit into English. But many of us may also like the other way, namely from English into Sanskrit. For such persons, the following procedure may be suggested : let the passages which have been translated from Sanskrit into English be taken as new exercises; retranslate them into your own Sanskrit, and then compare with the original. The comparison may not be encouraging, but one is bound to be wiser. There are many exercises on the transformation of sentences.

After all the exercises have been solved, one is in a position to proceed alone. The purchase of a good dictionary may be advised. Perhaps Apte's or Monier-Williams' dictionary may be a good choice. Then one may turn to the study of classical texts with the help of Sanskrit commentaries. We wish good success.

At the end, it is my duty to thank my friends and well-wishers:

Prof. Dr. B. Schlerath of the tndogermanisches Seminar of the University of Frankfurt (1967) had read the first 92, pages of the original type-script and suggested certain corrections, which were taken note of. Sri Jeewan Pani of Sangeet Natak Academy, New Delhi, had read the whole book in typed form, and his comments were very enlightening.

I also thank my wife Smt. Tara Mishra for her keeping me free from the domestic worries, so that I could give as much time as possible in the preparation of the book. I thank my son Sanjay for all the drawings appearing in the book.

Lastly, but not t he least, I thank Janashakti Mudrana Yantralaya, Naveen Shandara, for careful and nice printing, and the Ministry of Education and Culture, Government of India, for financial assistance towards the publication of the book. 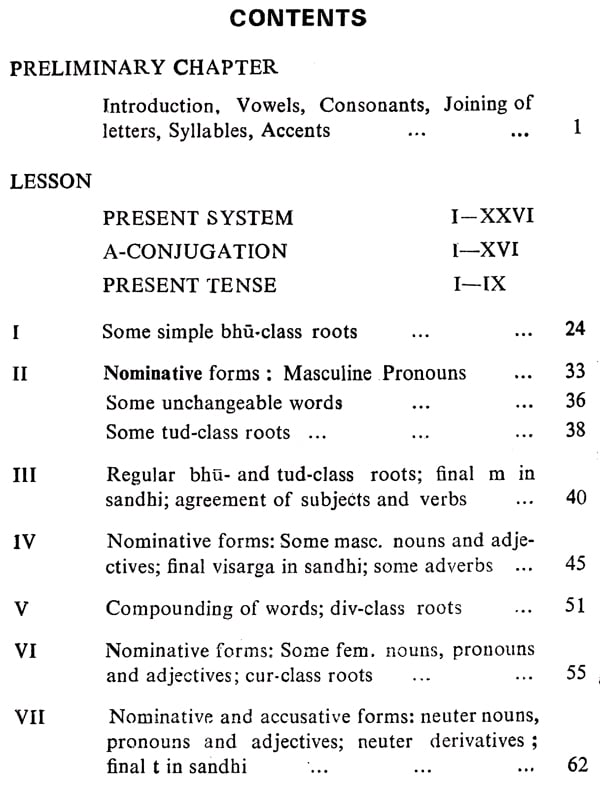 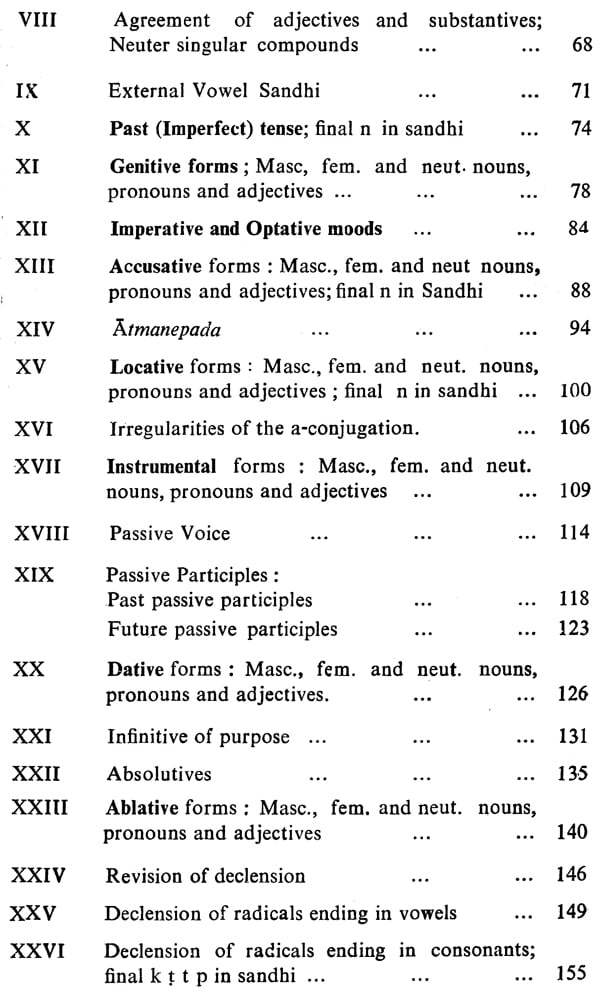 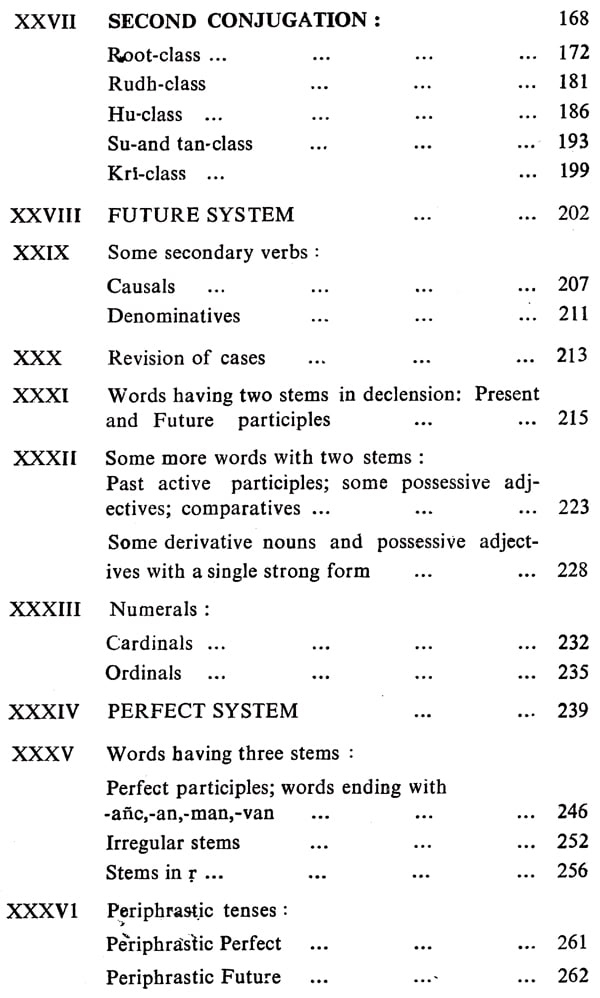 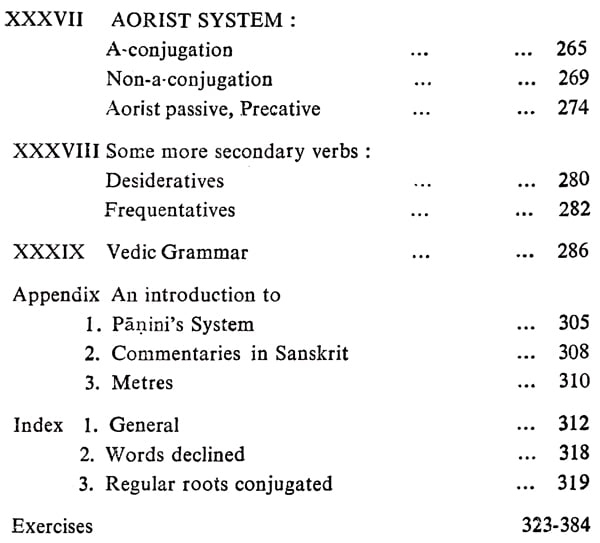 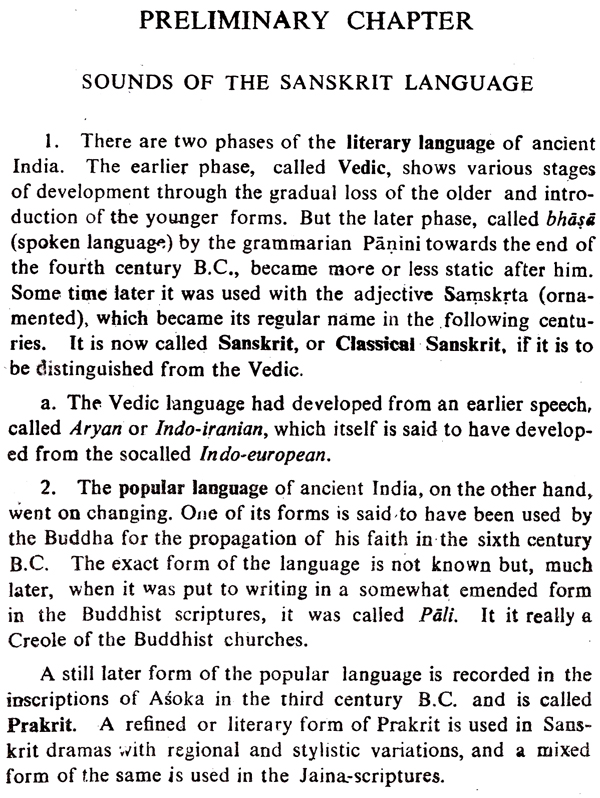 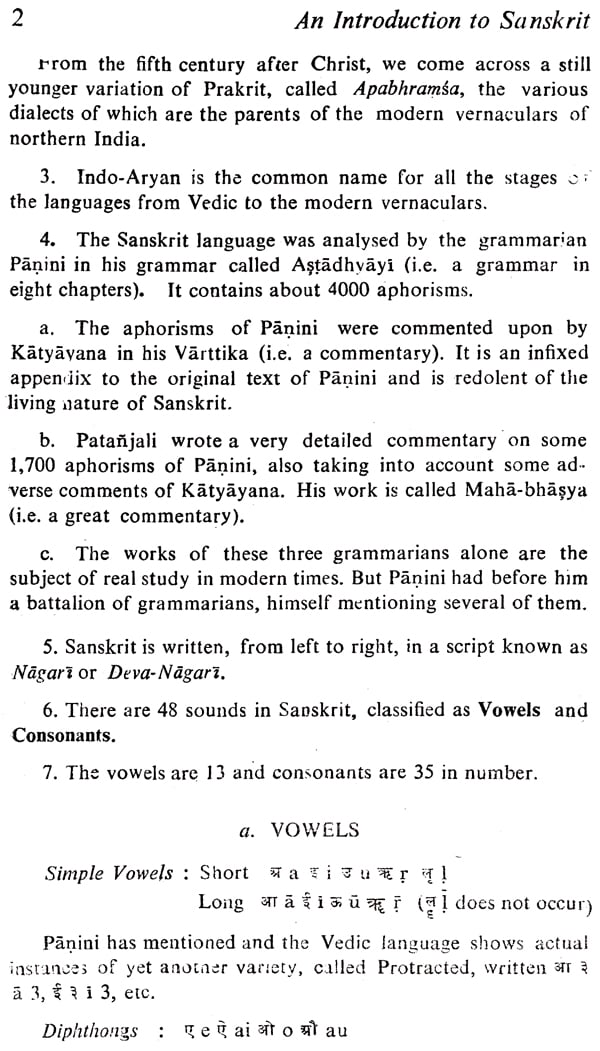 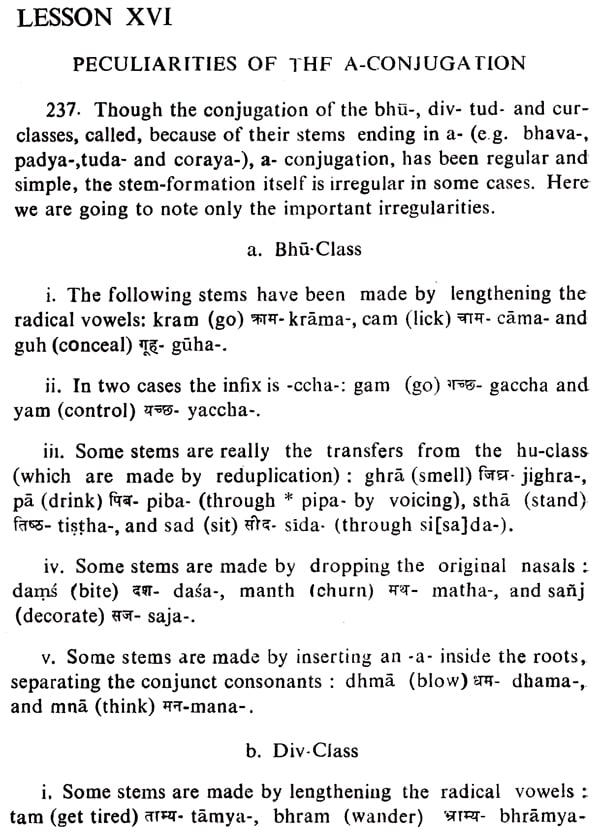 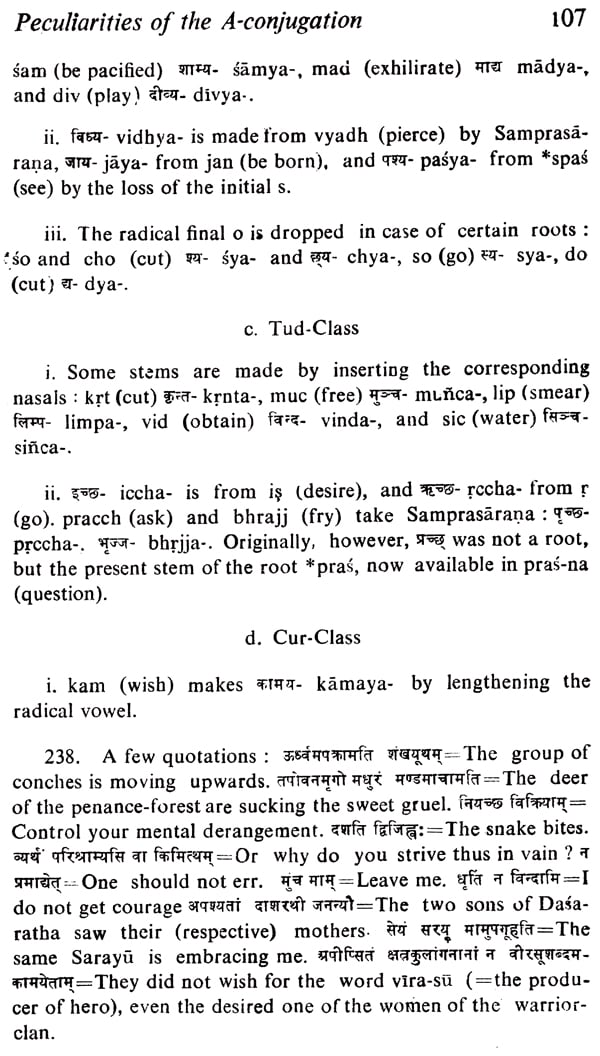 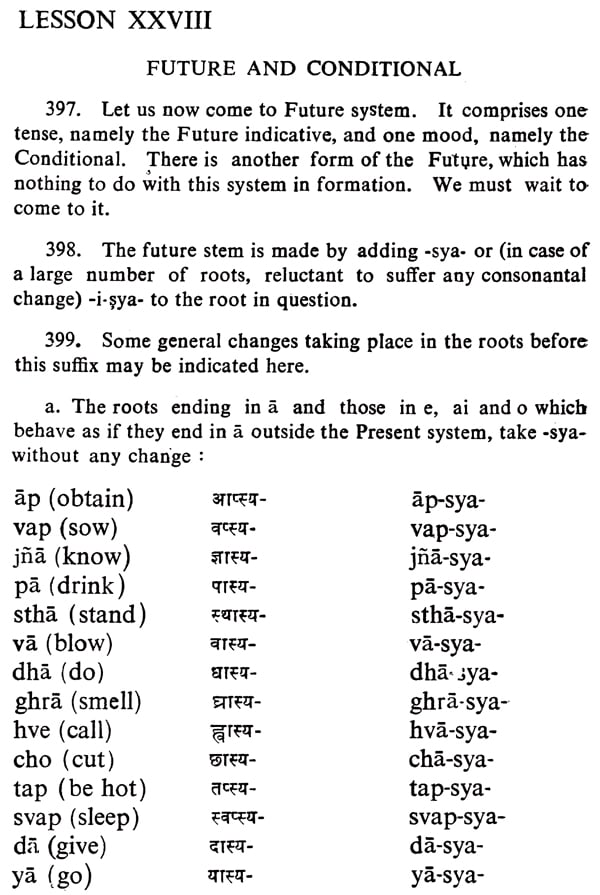 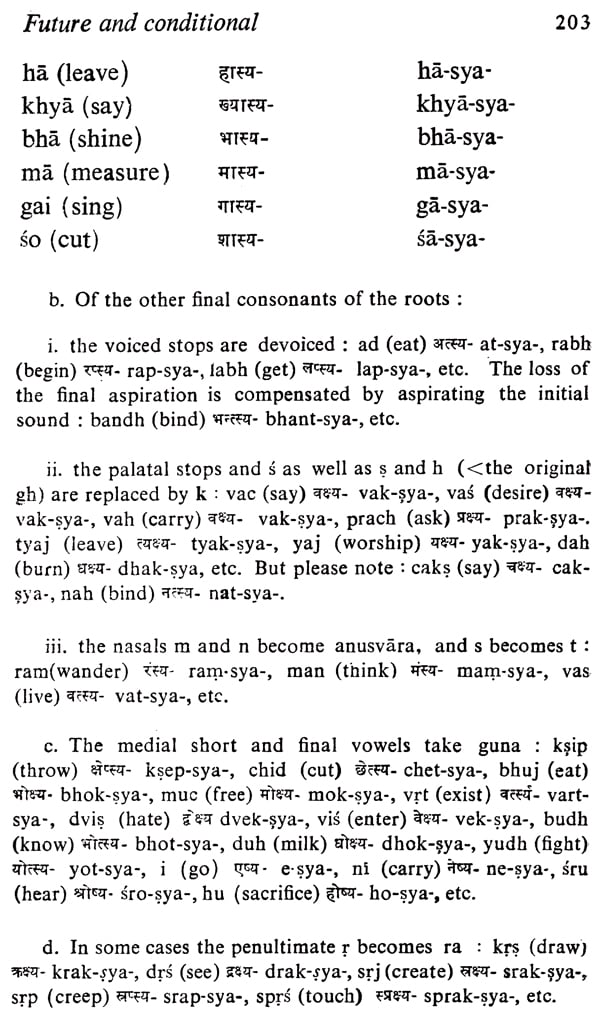 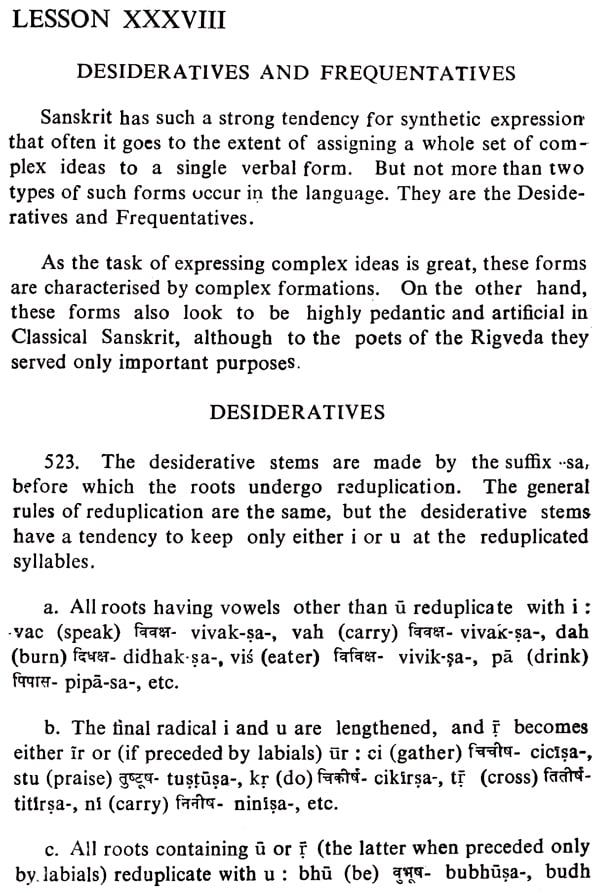 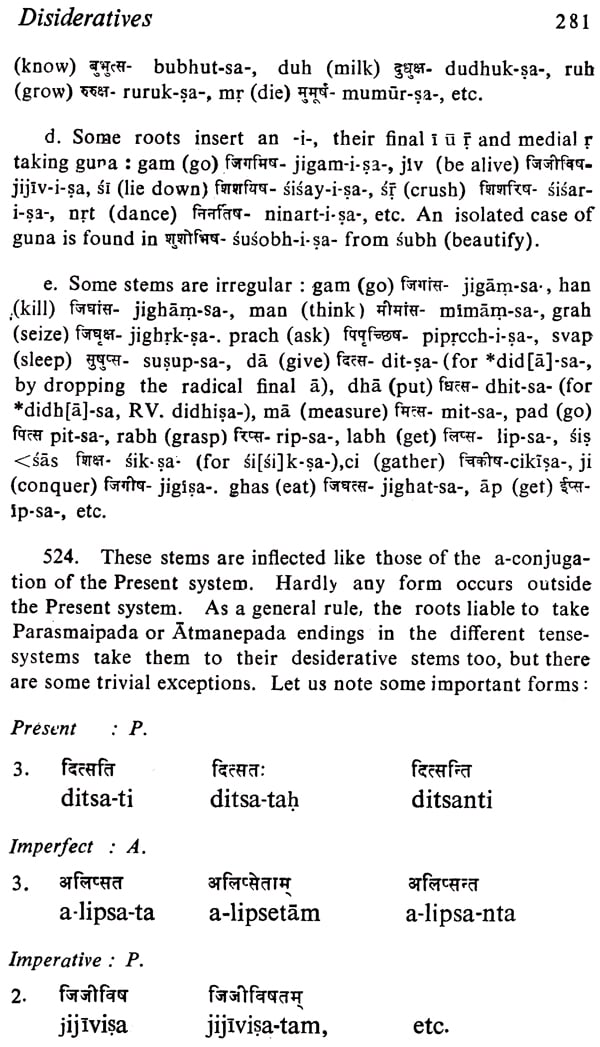 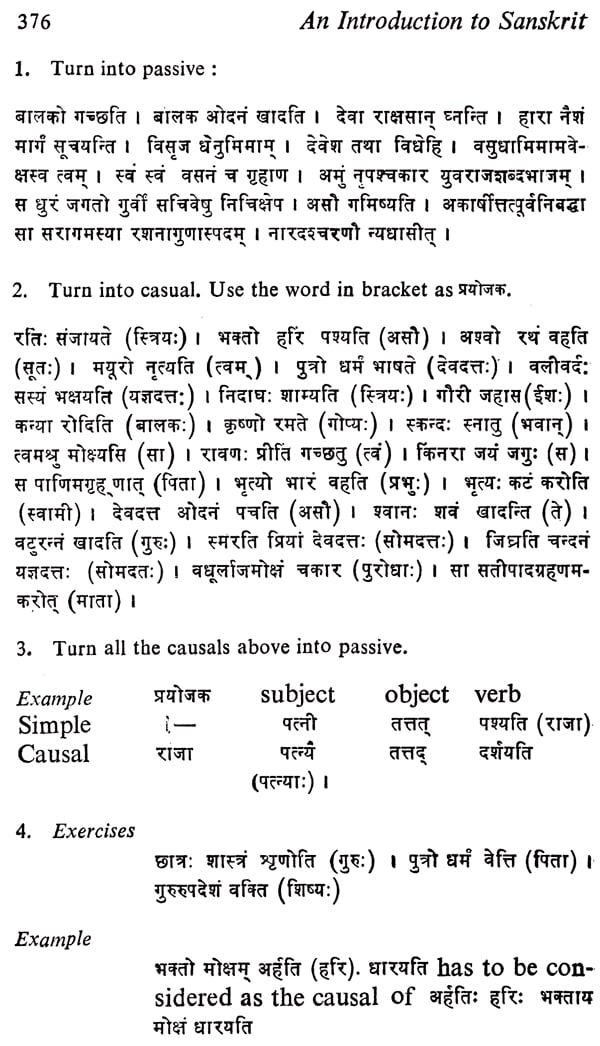 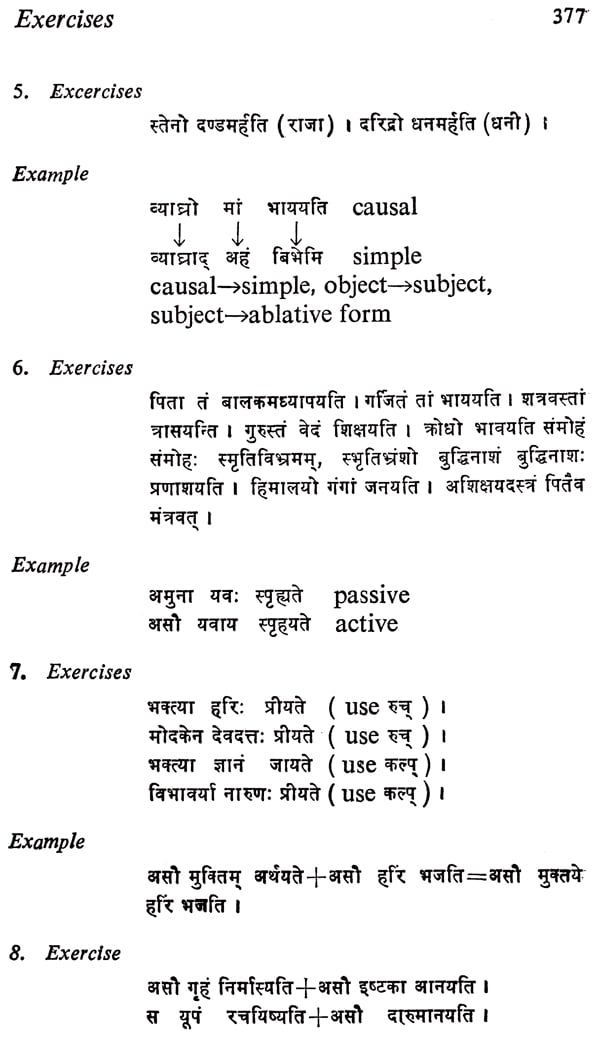 A Comparative Study of All Sanskrit Grammars (With Special Reference to Past Passive Participal Formations)
By Dr.M.D.Pandit
$22
FREE Delivery A Sanskrit Grammar For Students
By Arthur A. Macdonell
$29
FREE Delivery Studies in Sanskrit Grammars: Proceedings of the Vyakarana Section of the 14th World Sanskrit Conference
By Various Author
$59
FREE Delivery