About the Book Diabetes Mellitus in Indian Medicine is a comprehensive book which deals about the disease Diabetes Mellitus (Madhumeha). This book gives an informating about the historical aspects of diabetes, its Etiology, Symptomatology, Pathology, Principles of treatment, Principles in the selection of various Pharmacological agents, diets, yogasana and execise. The book is written both on Ayurvedic as well as modern views regarding the management of the disease. We hope this book will be very useful to students research workers in future. Also hope this book will be Honoured by All Ayurved Scholors.

Prof. P. V. Sharma, the author of this work, is wellknown for his valuable contributions in the field of Indian Medicine. During the last three decades he has written on various aspects of Indian Medicine, literary and scientific, conceptual as well as historidal. Born on 1st November, 1920 at the Village-Mustafapur, P.O. Khagaul, District Patna (Bihar) in the traditional family of Vaidyas. Father, Late Pt. R.amawatar Mishra Vaidyabhushan, was one of the top-most Physicians of Bihar and was founder of the Bihar Provincial Vaidya Sammelan and Bihar Provincial Ayurvedopakarini Mahasabha. School career in Vedaratna Vidyalaya at home Village. University career in the Ayurvedic College of Banaras Hindu University. Graduated in 1940 and got A.M.S. (Ayurvedacharya in Medicine and Surgery) degree in 1st class. Aslo did M.A. in Sanskrit and Hindi from Banaras Hindu University and Patna University respectively and Sahityacharya from Bihar Sanskrit Association. All in first class.

Private practice for six years in the home village. Academic career started in 1946 as a Professor and later Vice Principal in Ayurvedic College, Begusarai, Monghyr (Bihar) in 1953 appointed as Lecturer in the Ayurvedic College, Banaras Hindu University and worked there as Head of the section of Dravyaguna till 1956. In November, 1956 appointed as Principal, Govt. Ayurvedic College, Patna and Superintendent Indigenous Medicines, Bihar in 1960 appointed as Dy. Director of Health Services (Indigenous Medicines), Bihar. In September, 1963 joined as Professor of Dravyavijnan in the Post Graduate Institute of Indian Medicine, Banaras Hindu University and also worked as Officer-in-Charge and later as Director of the Institute. Now Senior Professor and head of the Department of Dravyaguna, Institute of Medical Science, Banaras Hindu University.

The story of drugs goes back to the Prehistoric days. The Indian sages invented drugs and their therapeutic uses long ago. This was based partly on observation of the effect of drugs on various animals and partly on human trial and error. Rgveda, the oldest document of Indian wisdom, contains material which shows the rational attitude towards plant kingdom and its exploitation for the benefit of the humanity. The Atharvaveda has got more advanced picture and a larger number of drugs used in a similar number of diseases. On this long tradition and accumulated wisdom the ancient sages, Atreya and his disciples, after a deep and concentrated effort were able to make some generalisations for rational explanation of drug action which formed the basic concepts of dravyaguria. Evidently this study was going on in different circles of scholars and as such different schools of thought arose. The school of Suaruta has some differences with Atreya's teachings which was followed by Nagarjuna.

The theory of Panca Mahabhuta is the ultimate basis on which the fundamentals of Dray yaguria stand. This is again based on the law of Uniformity in constitution of material bodies including human body on one side and drugs on the other. How to know the Pancabhautic compositions of a drug particularly in its pharmcodynamic aspect ? This was attempted in two ways :— one by linking the Rasa as indicator of the Bhautic composition and secondly by obser-ving the sum total effect on the body. Rasas were percei-ved directly and their effects on the Dosas were also stand-ardised. Then by law of similarity and dissimilarity their-relation witn Bhritas were known by Inference. Thus Rasas are not direct indicators of drug composition but indirect ones through the channel of Dosas. For instance, Madhura Rasa increases Kapha which is Parthivapya in nature, there-fore by law of similarity ( If there is increase, there is simi-larity) Madhura Rasa is taken as Parthivapya and the drug is also taken as Parthivapya. This is again confirmed by law of dissimilarity as it decreases Pitta and Vata which are dissimilar to Ap and Prthvi respectively.

The drugs can' t have effect until they are assimilated and metabolised. it was also observed that there was-distinct change in ingested material during digestion which further effected the metabolic process. This led to formulation of the theory of Vipaka. In some cases the effect could not be explained rationally on the basis of Rasa. For instance, pippali (piper longum) is Katu Rasa which should have katabolic effect on the body whereas reverse effect is seen. This led to infer the transformation of Katu Rasa into Madhura Vipaka.

Drug action was the most important problem to be tackled. This led to the evolution of the concept of virya which was responsible for drug action. There was, however. difference of opinion among scholars regarding the nature of Virya. One group was of conservatives who held potent gurias ( eight or two ) as viryas but Atreya was liberal enough to accept any principle potent enough to produce action as virya. On account of virya, the pharmacodynamics of drugs was brought to rational level and different actions where explained on its basis. 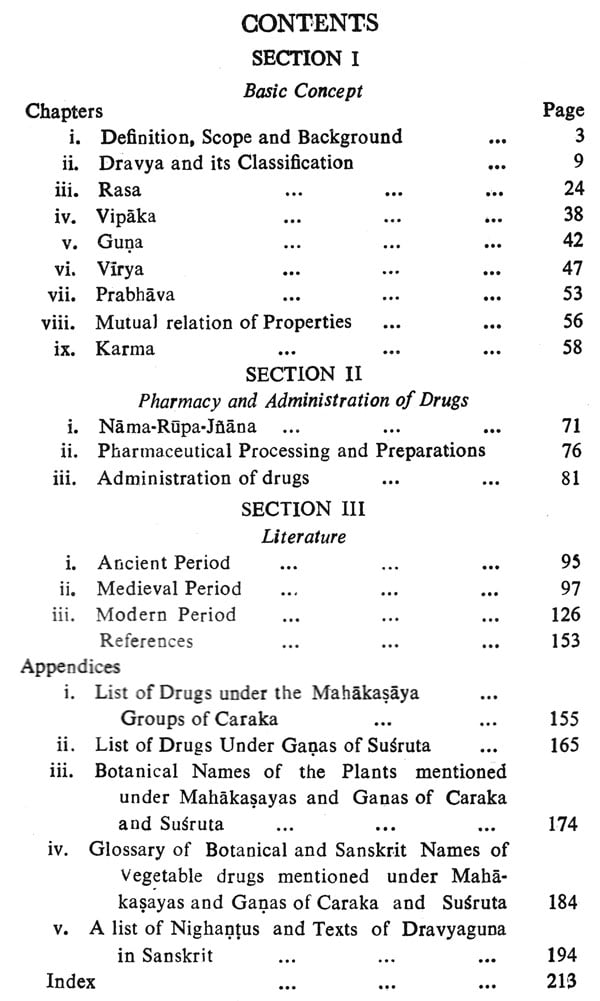 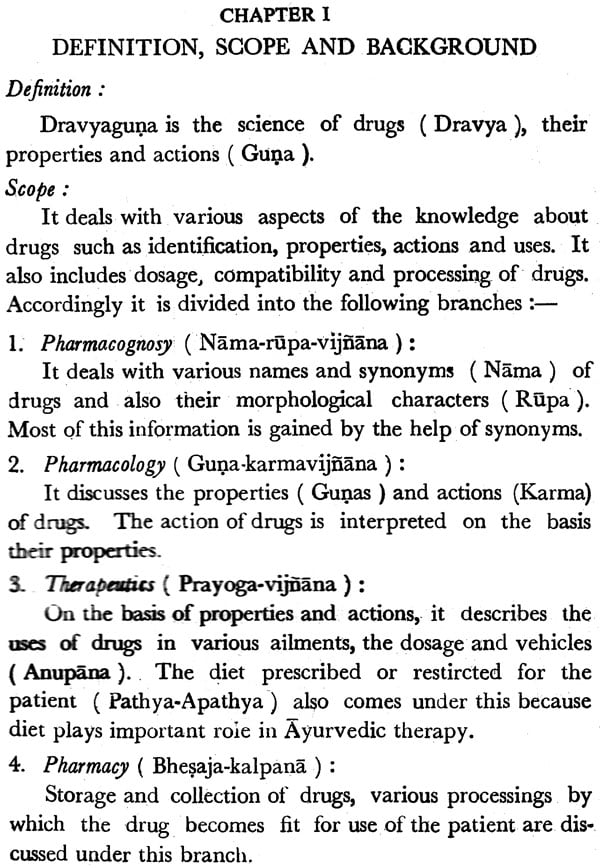 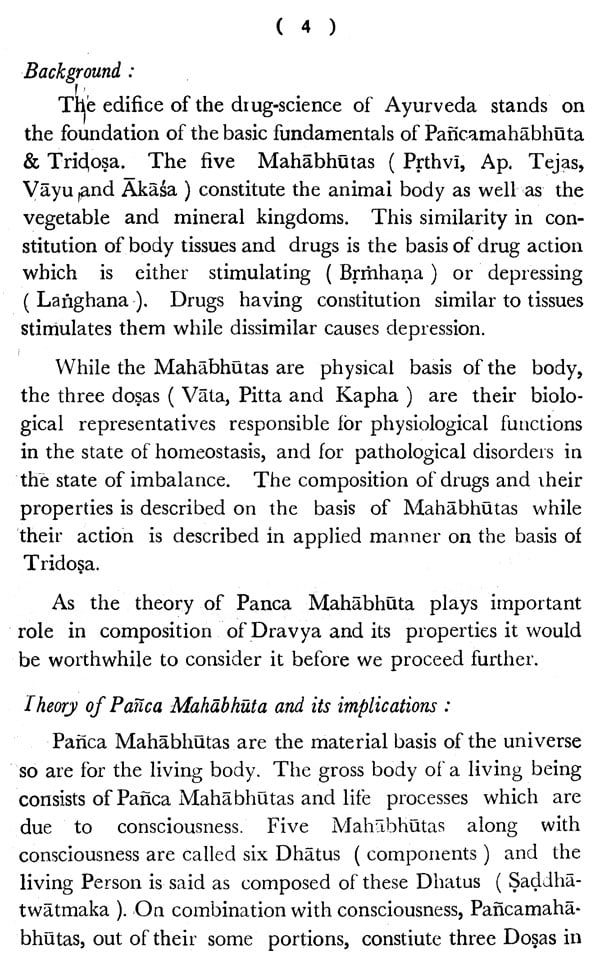 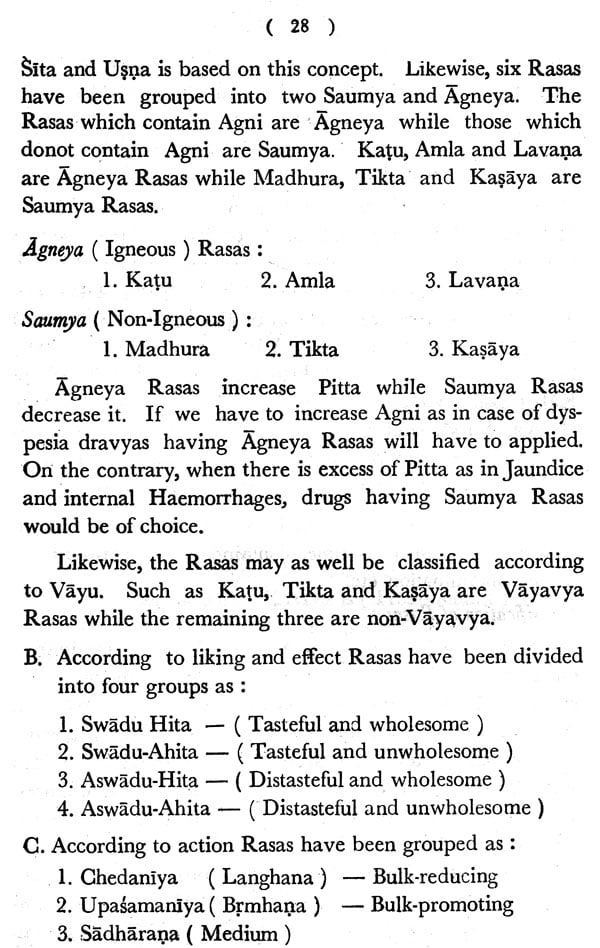 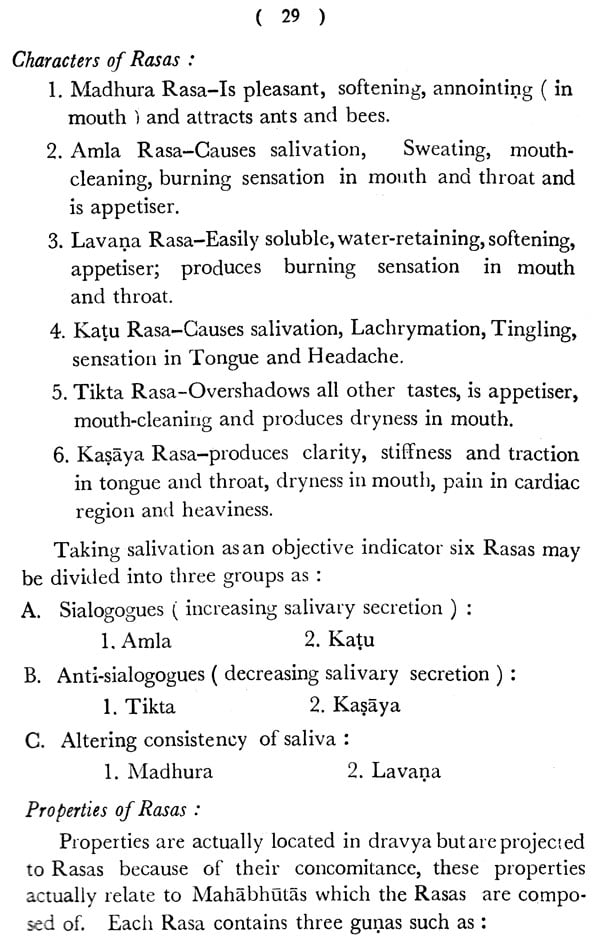 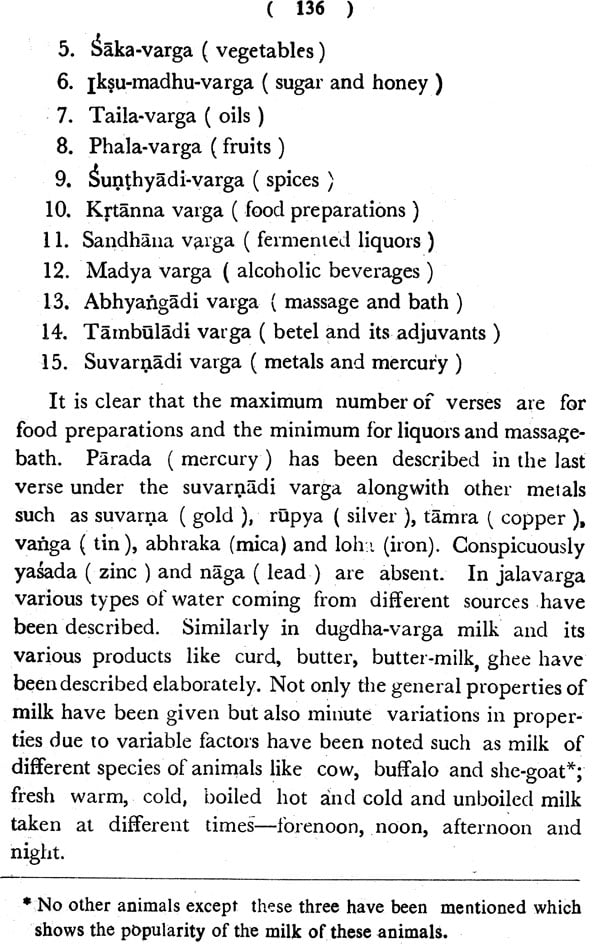 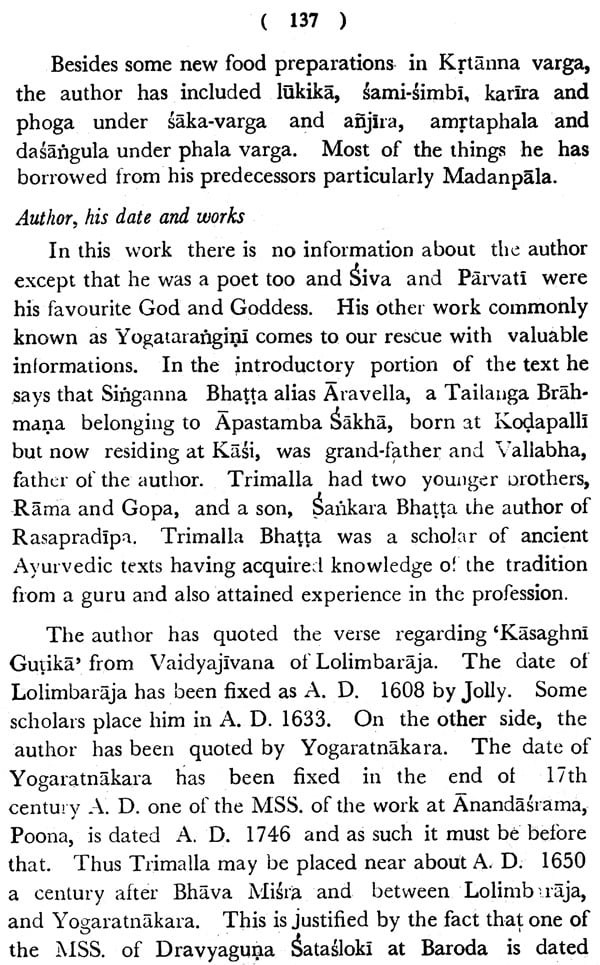 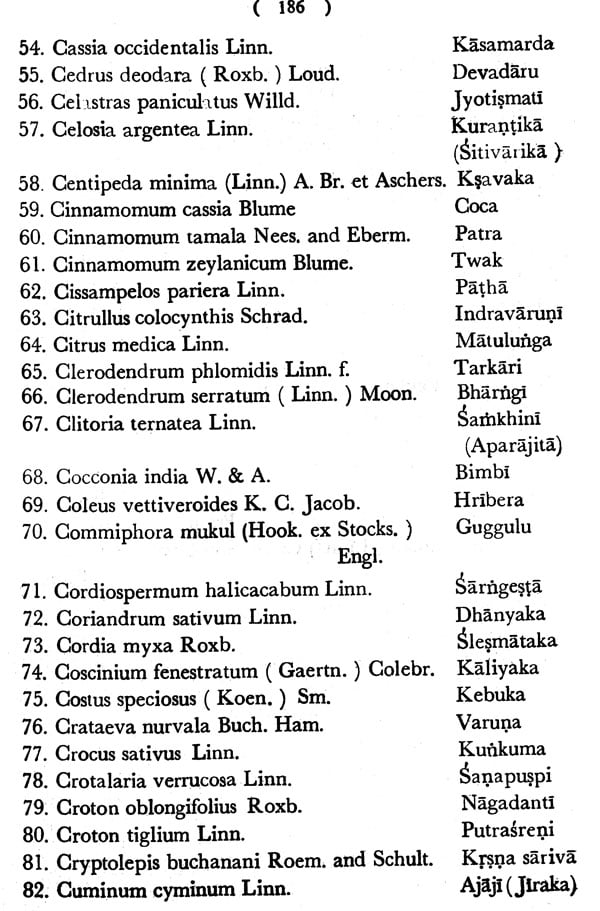 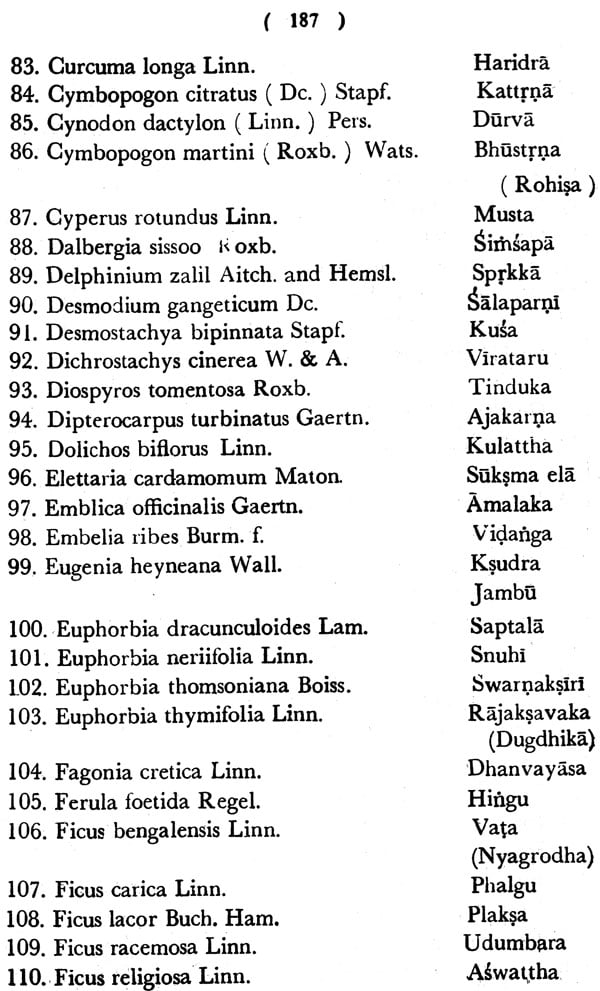