Indians in South Africa : With Special Reference to the Tamils (Old & Rare Book) 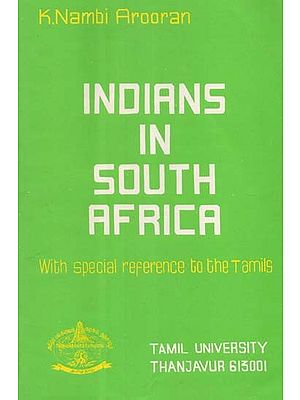 $25.00
Ships in 1-3 days
Notify me when this item is available
Save to Wishlist Send as E-card Share by Email
PREFACE

This monograph on the Indians in South Africa, with special reference to the Tamils and their cultural life is the result of research undertaken by the author in the Department of. Tamil Studies in Foreign Countries, Tamil University, Thanjavur, during 1982-84. Published works on South African Indians have been largely confined to two areas. First, there are a number of studies on the indenture system in general and its introduction into Natal. Secondly, there are studies of the political problems of Indians in Natal and in South Africa, and related to these is the work of Mahatma Gandhi in the Transvaal and Natal. Of the population of Indian origin in South Africa in 1980(805,000), the Tamils constituted the largest group (37 per cent). Even though they were separated from their country of origin by time and distance, they have been remarkably successful in retaining their cultural identity. This study attempts to focuses attention on their cultural profile.

Since India is not having diploma-tic and trade relations with South Africa, in protest against the latter's policy of apartheid, any study on South Africa from India is handicapped by dearth of source material--both primary and secondary. But this handicap has been overcome by getting from South Africa through friends books and pamphlets on the cultural activities of the Tamils. South African Tamils who participated in the 30-Day Courses on An Introduction to Tamil Culture conducted in 1982 and 1983 at the Tamil University, also provided useful first-hand information.

Another limitation of this work is that the author could not visit South Africa to undertake a field survey on the cultural life of the Tamils. The Government of India refused to make an endorsement in his Passport to visit South Africa, consistent with its official policy. To offset this limitation the authorities of the Tamil University were kind enough to enable the author to go to London for six weeks during October-November 1983, and collect source material. The author studied the latest works available on South Africa at the Libraries of the School of Oriental and African Studies, Institute of Common-wealth Studies, University of London and the India Office. The author also had the opportunity of meeting a number of South African Tamils who had migrated and settled in London.

The monograph is divided into ten chapters. The first chapter is devoted to a brief account of the geography and early history of South Africa. The second chapter traces the various stages of emigration of the Tamils (and of Indians in general) to South Africa. The social fabric of the Tamils is discussed in the third chapter while their economic problems are analyzed in the fourth. The growth of education is traced in the fifth chapter, and the sixth describes the employment opportunities available to the Tamils at present. The religion of the Tamils, a strong binding factor of the community, is discussed in detail in chapter seven. The eight chapters on community life identify the various strands of the cultural ethos of the Tamils. Their role in politics and administration is brought out in the ninth chapter, and the tenth attempts to look into the future of the Tamils as a minority group in South Africa.

The author wishes to record his special thanks to Mr. R.Ramachandran, Secretary of the Advisory. Committee of the South African Tamil Federation, Madras, Mr. Mannie H.Keerath, Ex. Inspector of Schools, Durban and Mr. P.Paruman, President, South African Hindu Maha Sabha, Durban, for reading through the monograph and offering valuable comments. 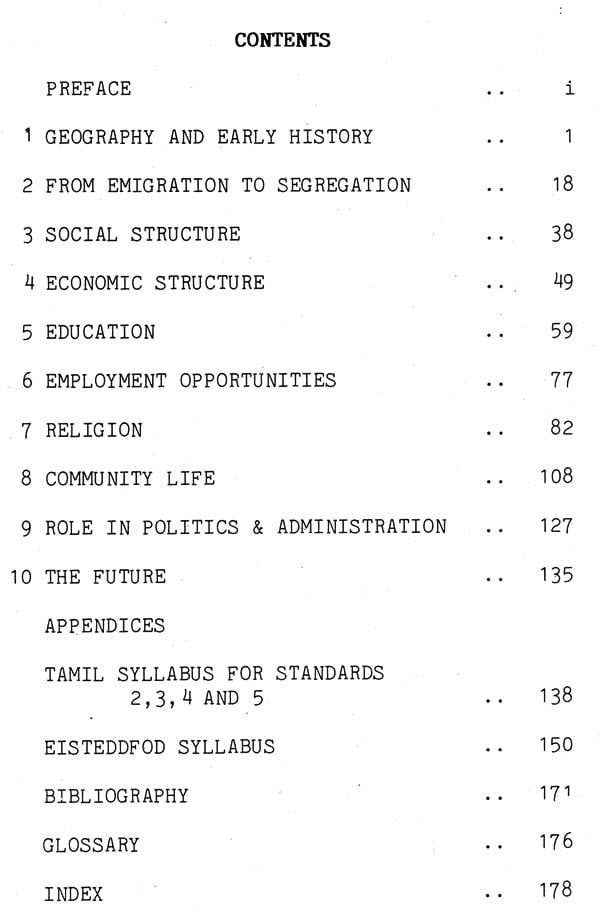 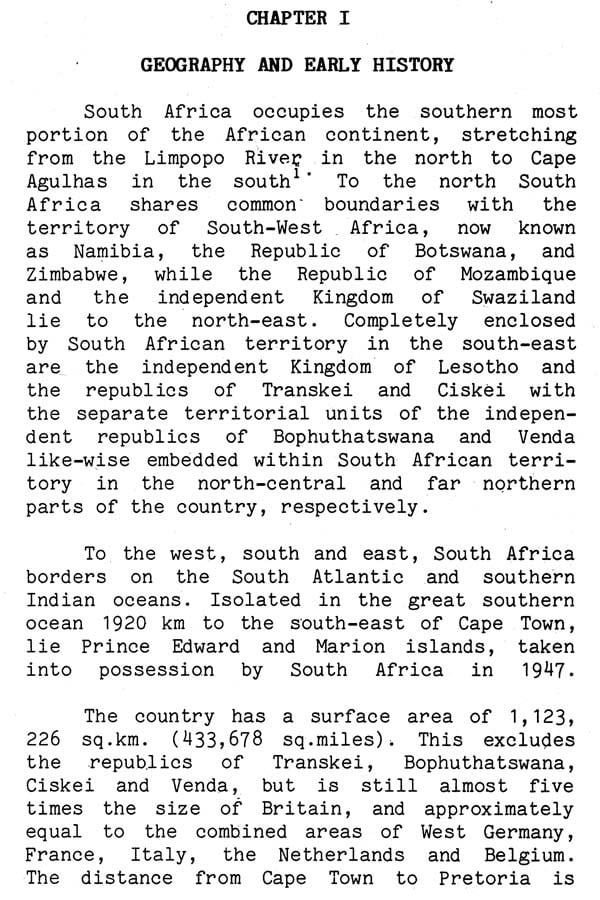 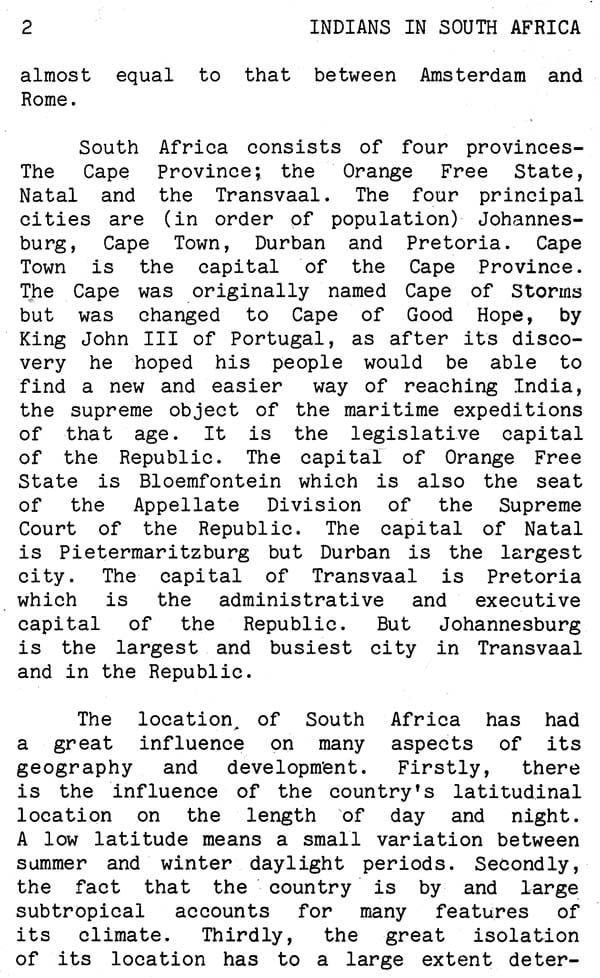 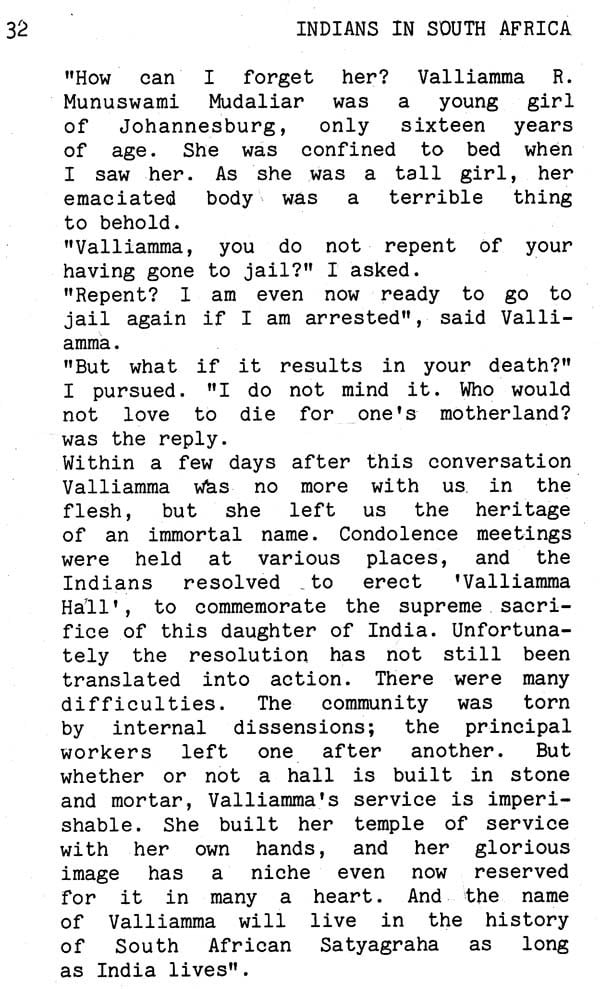 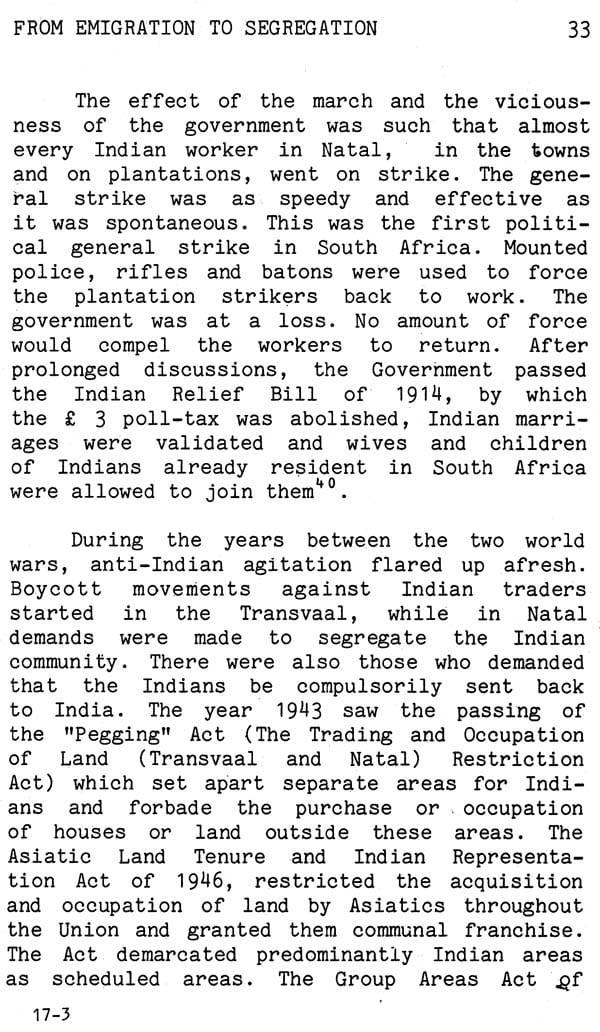 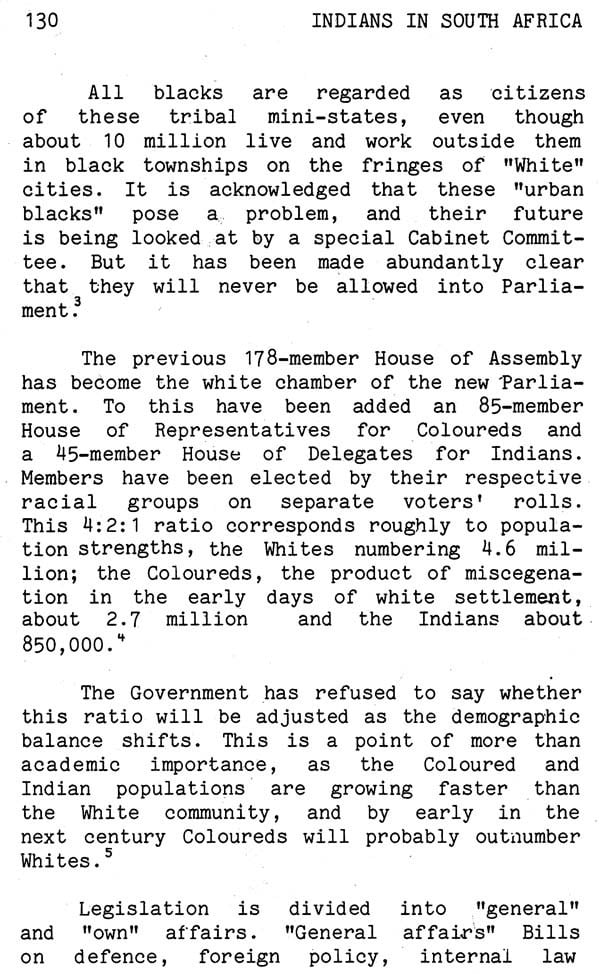 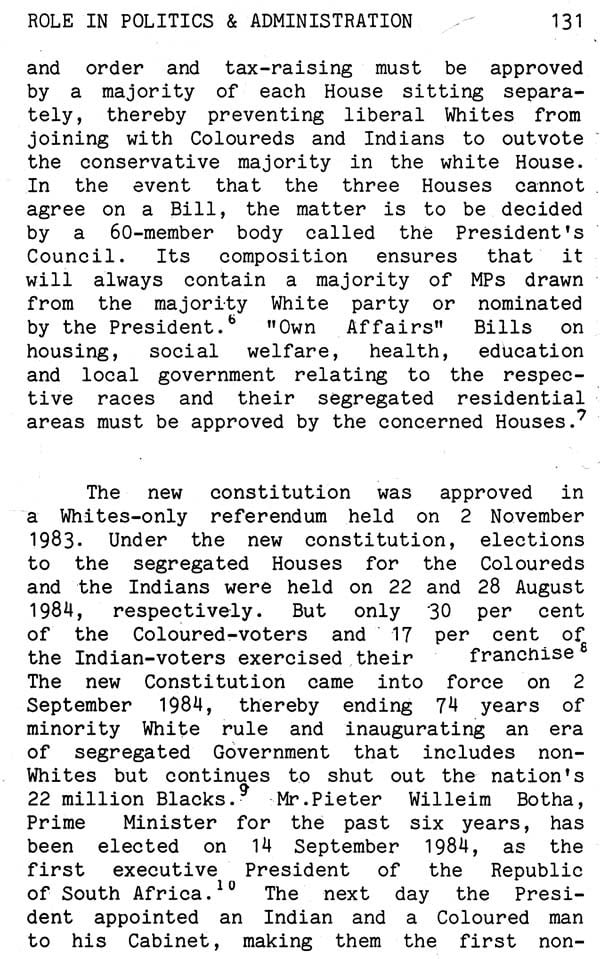