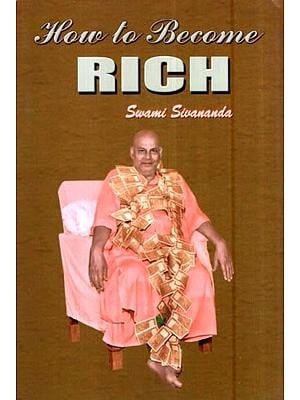 How to Become Rich 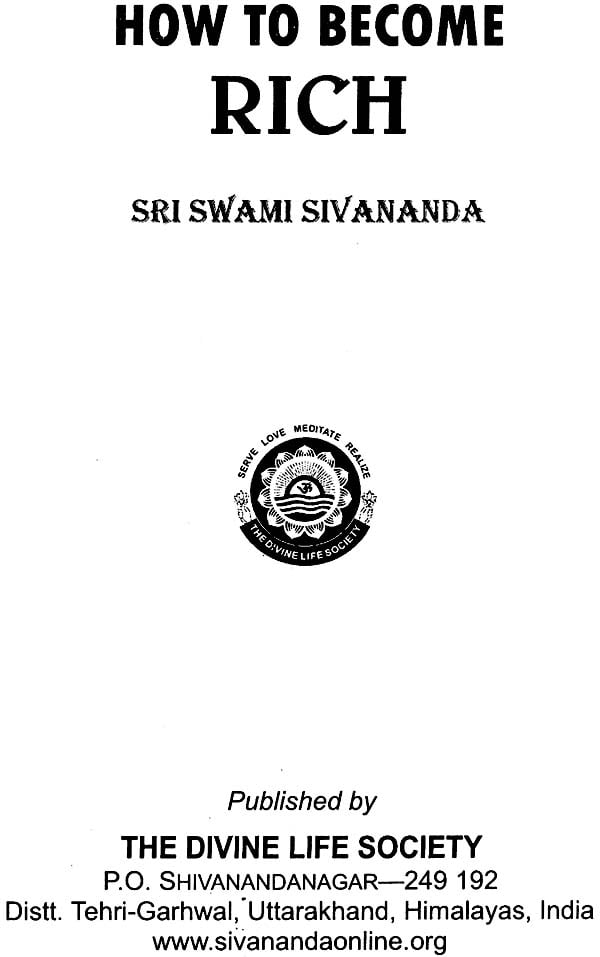 Swami Sivanandaji, who is quite well-known for his humanitarian interest in the affairs of the world, has placed the public in as immense debt of gratitude by presenting to them this delightful publication "How to Become Rich".

This book is neither to be entirely viewed through a material outlook as the title is apt to suggest nor as exclusively significant to spiritual prosperity, as the Swamiji is generally expected to propound, but as a synthetic combination of both.

Herein, the author has marvelously depicted several cardinal codes of business ethics and dealt with the inner regeneration of the character of the seekers of material prosperity, exhorting them to turn their mind to the eternal spiritual riches and aspire for the only goal of permanent happiness, by merit than by material prosperity.

The true import of the instructions gives in the four chapters of the book has been described well in the author's introduction which removes every seeming contradiction.

Among the four Purusharthas, viz., Dharma (righteousness), Artha (wealth), Kama (desire) and Moksha (liberation), the first three relate to the world, Dharma being the determining and controlling factor of Artha and Kama. Both these are inter-dependent and one cannot have the fulfilment of one without the aid of the other. Kama is not passion nor is Artha its fulfilling agency. "I am desire which is unopposed to Dharma," says Lord Krishna in the gita. Hence Artha and Kama are certainly not an all-inclusive factor of one's life. Artha and Kama should not have their fulfilment to the neglect of one's spiritual prosperity. Since all are not born with the one-pointed urge for Moksha, and the state of evolution in the vast majority of mankind is not suited for immediate renunciation Artha and Kama are meant to be a preparatory agency for higher attainments.

The Title of the Book " How to Become Rich" does not exclusively relate to material prosperity. For, if it does so, there can be no permanent value to it-not at all worthy of aspiration to a really intelligent person. Nor is the title ascribed to one's spiritual bounty as opposed to earth-earthy. For, again, if it means so, then this work will be useful and have its effect upon hardly one is a thousand. But the title suggests both. It is a compromise of the two, not in a sense of inter-mingling of both, but in the sense of the first one being an educative and preceding factor of the second. That is what "How to Become Rich" means to the majority of the readers. The book is as well a very thought-provoking spiritual treasure-house to those rare gifted Adhyatmic Dheeras, who will but centre the entire significance of riches to the latter half of the work. Hence it is not devoid of a message to them.

In the first part of the work, I have stressed upon the development of certain virtues which will enable one to increase his earning capacity and to become a self-made man. Some qualities of one's character that will help him to win friends, to develop his power o observation, some suggestions to start business, the role of agriculture and industry in the business-life and the ways of making best use of money are also explained.

Becoming an "adopted son" or making lot of money should not mislead one to think that riches are meant for one's fulfilment of base desires or for a fabulously wealthy living. Desire can never be really fulfilled. It is like the dragon-fire that leaps up to devour its victim, the appeaser who aggravates it more and more by his appeasements. It clings to him even after the body of its victim is perished. Nor, indeed, is wealthy living in any way conducive to one's lasting happiness. It is not the means to a continuous peaceful life. Then why should one quire wealth or where is the necessity for becoming an "adopted son"? yes, there is a definite purpose. Wealth is the means for glorious acts of philanthropy, whereby thousands are helped and allowed to progress in life. It is a means to ameliorate the lot of the needy, to alleviate the suffering of the diseases. Its purpose is to establish and finance philanthropic institutes where destitutes are sheltered, orphans are reared up, hungry stomachs fed, poor people educated, suffering ones medically cared for and where spiritual instructions are imparted to aspirants.

In the same manner, "marrying a rich girl" does not mean that one's choice should be viewed as a means to build up a prosperous life dedicated the young bachelor not to enter into partnership with a "fashionable girl." For, the consequences are always detestable and end in domestic unhappiness and ravaged married life, particularly when the young man is not monetarily when the young man is not monetarily gifted. I must mention here, however, that marriage cannot be taken as an idispensable factor in every one's life; rather, a true aspirant should definitely keep himself far, far away from the fetters of a married life. For him, marriage constitutes a curse; while, at the same time, for a man of a lustful disposition for whom it is extremely difficult to get over carnal passions, it is a sort of a fence and a protecting vault to his moral recklessness. Marriage is, therefore, prescribed for those-and it applies to the majority of absolute self-restraint and thus is to be regarded by them as a sacrament, and certainly not as a license to self-indulgence.

Then I have dwelt upon the ways and means to a successful career which is given a lasting value by one's internal preparation such as the acquiring of a sterling character, being true to one's own conscience, being upright and optimistic under despairing circumstances and possessing an iron determination. Herein I have warned the reader of the dangerous consequences of gambling, drinking and the habit of borrowing; and stressed upon the development of his memory and will-power and concentration, observance of celibacy, cultivation of dispassion and on acquiring the art of planning, method and orderliness. All these cardinal tenets are not only conducive to a successful, prosperous career, but they constitute an inner preparation for one's evolution and higher achievements that are more worthy of aspiration than material bounty. Practice of these tenets simultaneously guards him from lower temptations and prepares him for a life of absolute self-restraint and complete renunciation or a life entirely devoted to the attainment of the supreme goal, Self-realisation.

Finally, the aspiring reader finds perfection within his reach. He is reminded of the defects of riches, impermanence of worldly happiness and the supreme felicity of desirelessness. The enquiry of "who is the richest man" is set aflame in him. He is gradually made aware of the money-less and wife-less state of an ever contented life in the spirit.

Ultimately, he is prepared to choose the boon that the great Jijnasu of the Katha Upanishad, Nachiketa, asked Lord Yama. For now he realizes the immortal nature of Truth or the "good"; and the fleeting and delusive quality of worldly pleasures or the "pleasant" that wail to those not endowed with true discrimination to hurl themselves against their devouring flames. He now understands that the "good" is one thing and the "pleasant" another. These two have different aims.he who discriminates and seeks the "good" achieves success; he who seeks the "pleasant" falls of his aim. (Katha Upanishad).

Become desireless. You become the richest man in the whole world.

May you all be endowed with true discrimination. May God bless you all with peace, plenty and prosperity, ultimate happiness and Kaivalya. 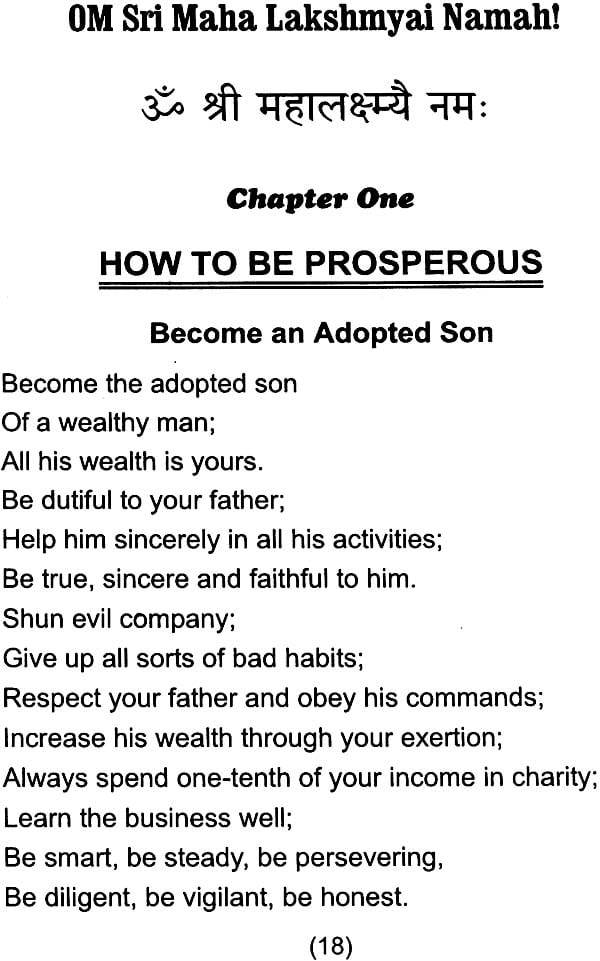 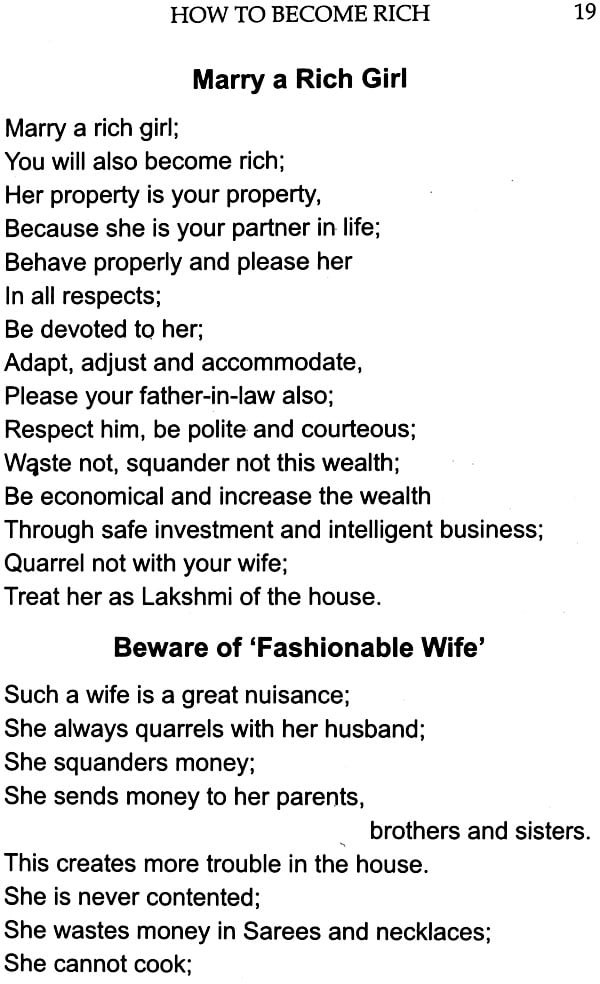 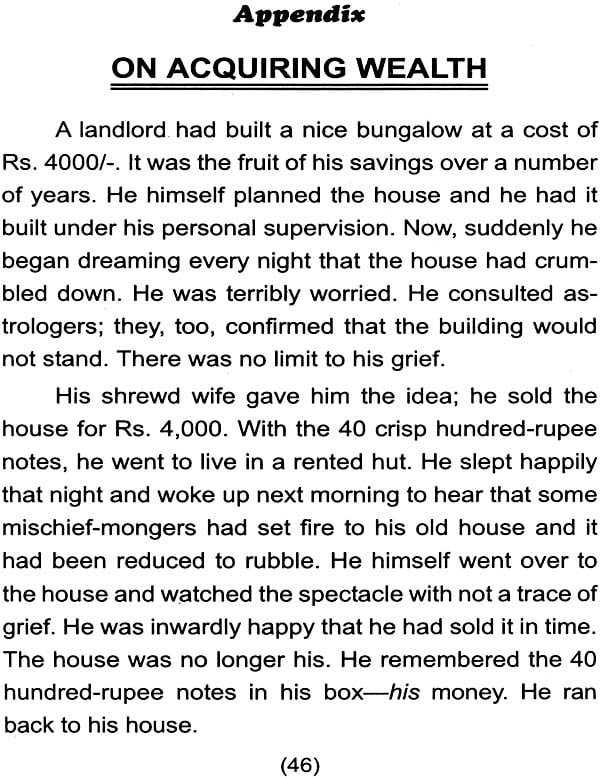 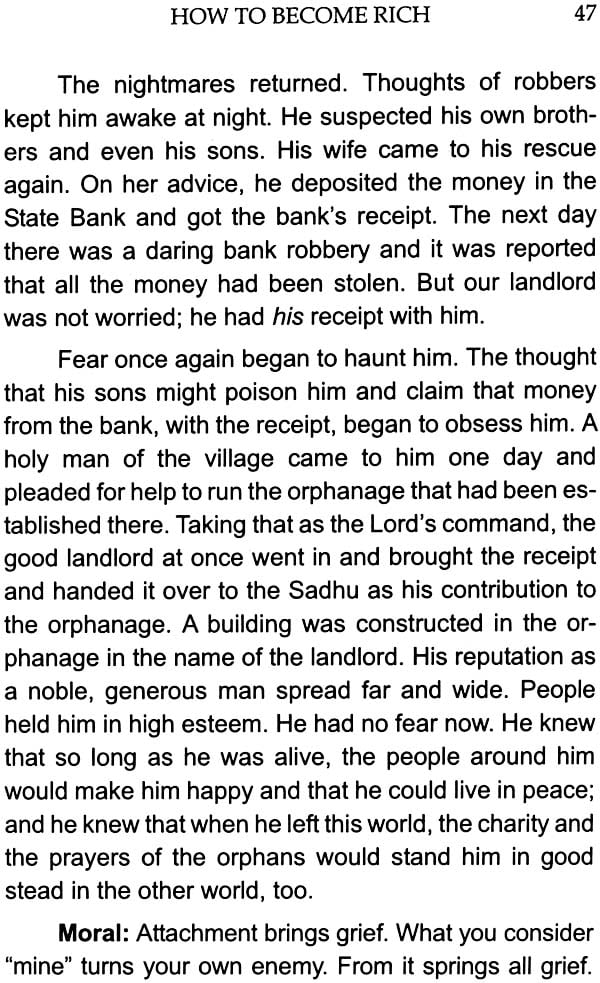 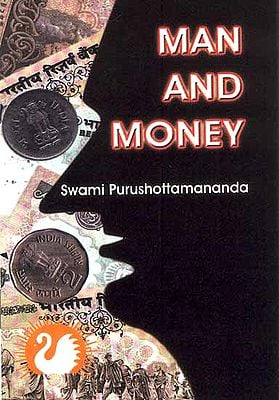 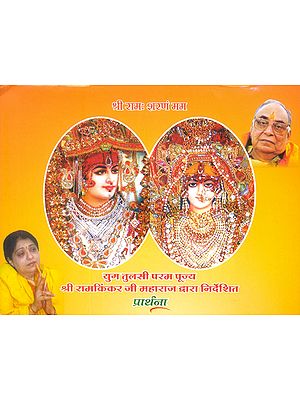 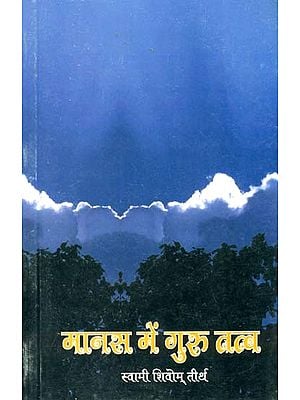 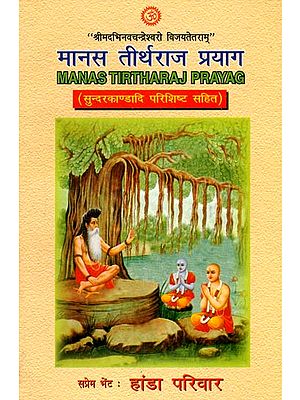 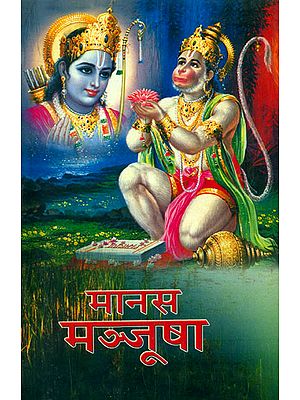 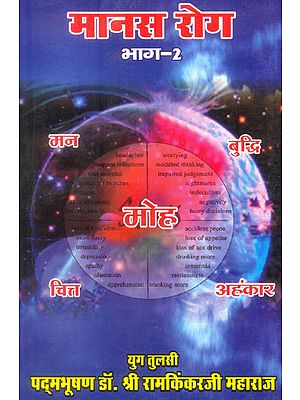 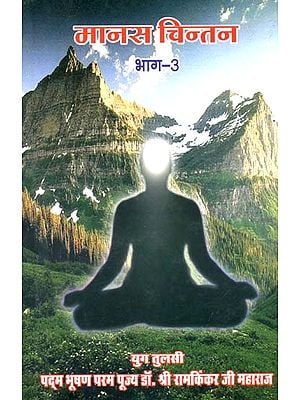 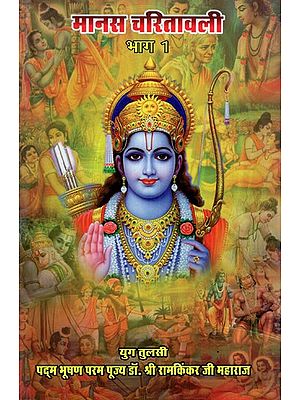 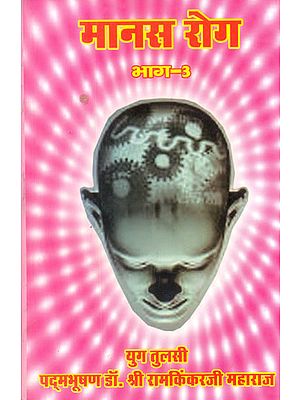 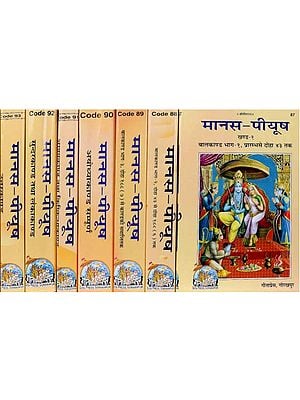 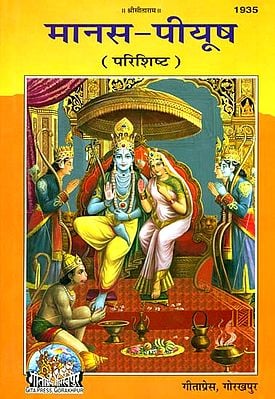 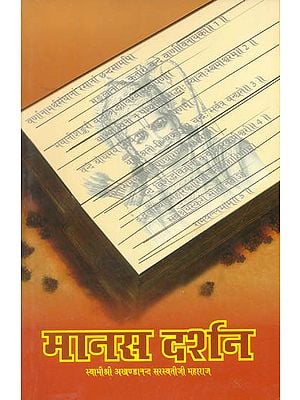 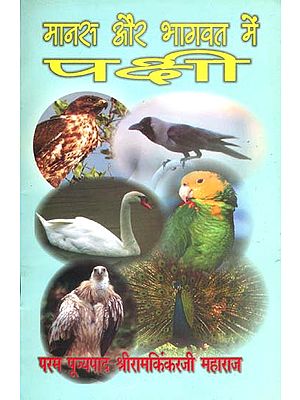