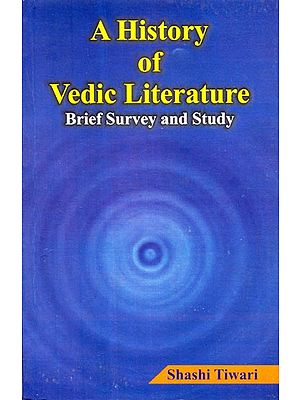 A History of Vedic Literature (Brief Survey and Study)

FREE Delivery
$30
Quantity
Ships in 1-3 days
Notify me when this item is available
About the Book
This work entitled 'A History of Vedic Literature: Brief Survey and Study' is an attempt to deliberate upon the general nature of the Vedas based on textual and traditional sources. Almost all the important texts of Vedic Literature-encompassing their main contents and characteristics, are discussed here in brief keeping the line of popular division. The basic understanding of some selective mantras and hymns of Vedic-Samhitas and Upanisads is initiated in a few chapters to make readers acquainted with the Vedic concepts.

This volume consisting of twenty-six chapters is written with a view point of presenting a short but comprehensive history of the Vedic Literature and providing accompanying study materials on various hymns and Upanisads. Vedic verses are given in Devanagari as well as in Roman script. In order to aid with correct pronunciation, Diacritical marking has been provided. Distinguishing feature of the book is the discourse in the later chapters dealing with Vedic Mythology, Religion and Ecology.

We believe that this work will be of interest and benefit to the curious scholars and students of Vedas and Sanskrit.

About the Author
Dr. Shashi Tiwari, Recipient of 'Certificate of Honour' from the President of India, is a well-known Vedic and Sanskrit scholar. She taught in the Dept. of Sanskrit, Maitreyi College, University of Delhi for 38 years, and also taught M.A. (Veda) in the Dept. of Sanskrit, University of Delhi as an invited faculty for more than thirty years. She worked as a Visiting Professor in 2002 in the 'Hindu University of America', Orlando, USA for a short term and still is an adjunct faculty of HUA.

Dr. Tiwari has published over thirty-four books related to research and higher studies. Among her awarded books include: Rigvediya Apri-Sukta, Surya-devata, Sanskrit Sahitya ka Itihas, Sanskrit Lokokti Kosha, Rigvaidika Adhyayana. Her recently published book entitled 'Vedavyakhya-paddhatayah' is a great contribution to Vedic Studies. Dr. Shashi Tiwari has been honoured with more than twenty-seven academic awards from various academic institutions for her research, publication and other academic activities. She has participated in numerous International conferences in the USA, Canada, Italy, South Korea etc. She has organized more than two dozen conferences in different parts of India in the capacity of Gen. Secretary / President of WAVES.

Preface
Knowledge is the primary factor that enables humans to make innovations in every domain of their activity empowering them to be more capable, superior and successful in life. Great feats and uncharted heights can be obtained through the gift of knowledge, but accomplishment of knowledge is not easy in itself. In ancient India, our ancestors emphasized on the importance of knowledge and also revealed the means and methods to acquire it. They invented prolific Vedic knowledge systems for all ages and for the entire mankind and guided us through their experiences and thoughts vividly reflecting them in several texts of the Vedic literature. Today, we find acceptance of the Vedic views worldwide by intellectuals through the teachings of Yoga, Vedanta, Ayurveda, and Upanisads.

The Vedic knowledge comes to us from the dawn of history, though its vision is beyond time and space. The great Vedic Rsis were masters of spiritual and outwardly powers. They were seers of the highest natural order, working with cosmic powers. They visualized universal truths and revealed them in the mantras. Learning of 'Veda' means learning of India's over 5,000 years old traditions, illuminated by the ancient seers and sages who had extraordinary vision and intense experience of consciousness to understand universe as well as the inner Self.

Vedas, the oldest sacred literature of India, are known as the books of highest knowledge which are in the Vedic language. The word 'Veda' means 'knowledge' because it is derived from the Sanskrit root vid', to know. The term also denotes works containing the most authoritative knowledge (Vidya); the greatest spiritual as well as the worldly knowledge. According to Hindu tradition the Vedas are not the creation of any human being. They are divine and 'revealed' by the ancient seers. Rsis were exponents and not authors. All other Sanskrit works of great luminaries fall under another category and that is why they are known by their respective names.

The word 'Veda' indicates an entire literature, which arose in the course of many centuries and has been handed down from one generation to another generation by verbal transmission. Veda is the name given to the Mantras, Brahmans, Aranyakas and Upanisads. Among them mantras are the main part of the Veda. They are unique in their purity and sanctity. Even after thousands of years, they are preserved in original form without any alteration or interpolation in the Vedic Samhitas named as four Vedas: Rgveda, Yajurveda, Samaveda, and Atharvaveda. Six Vedangas are also part of the Vedic Literature. Various Vedic deities are invoked in the mantras for betterment and welfare of all living beings. Along with it, they may be explored to know fundamental thoughts of Vedic people on different subjects, such as religion, philosophy, spirituality, culture, society, economy, science, medicine, psychology etc.

Today, we' find that most of the people are unaware of ancient India's glorious knowledge traditions and its modern relevance. Rather, they often raise questions like-what is Veda. What is it all about? What is its relevance today? Is it not out-dated in a modern society? These questions seem relatively appropriate in the present context especially in an age of Science, Democracy and Globalism. However, seekers of knowledge and information desire to search out valuable and useful facts from this ancient literary heritage and wish to seriously understand and discern the knowledge within it. This current work contains 26 chapters and deals with `Vedic Literature with brief survey and study'. 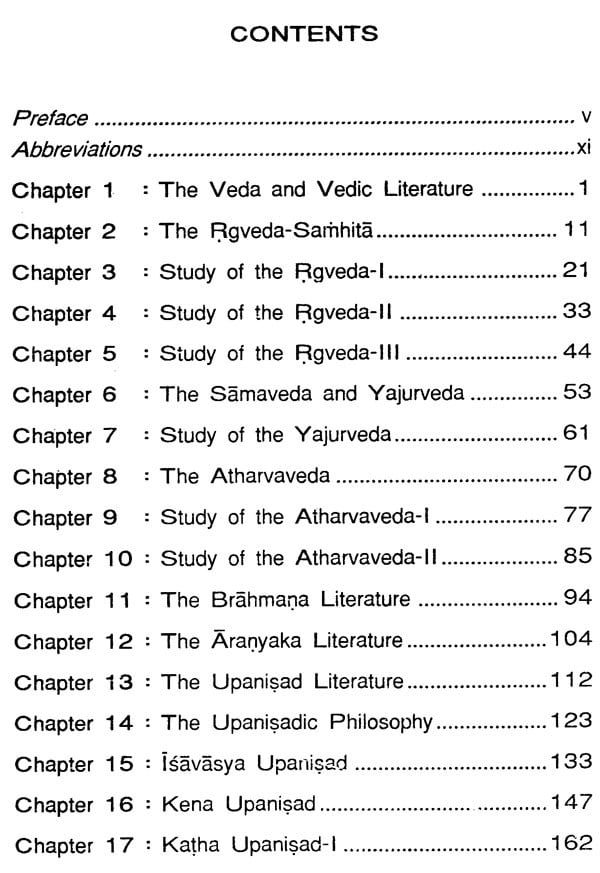 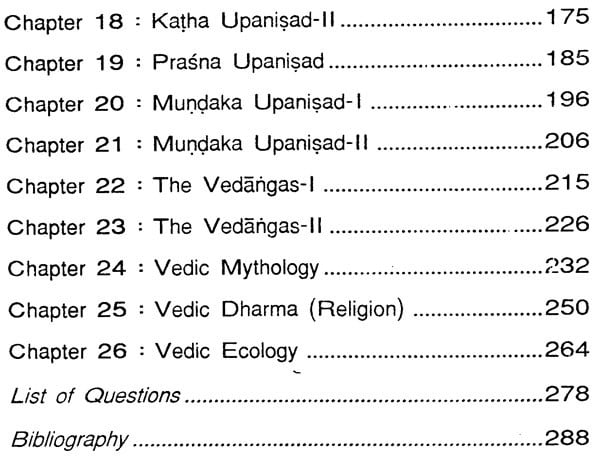 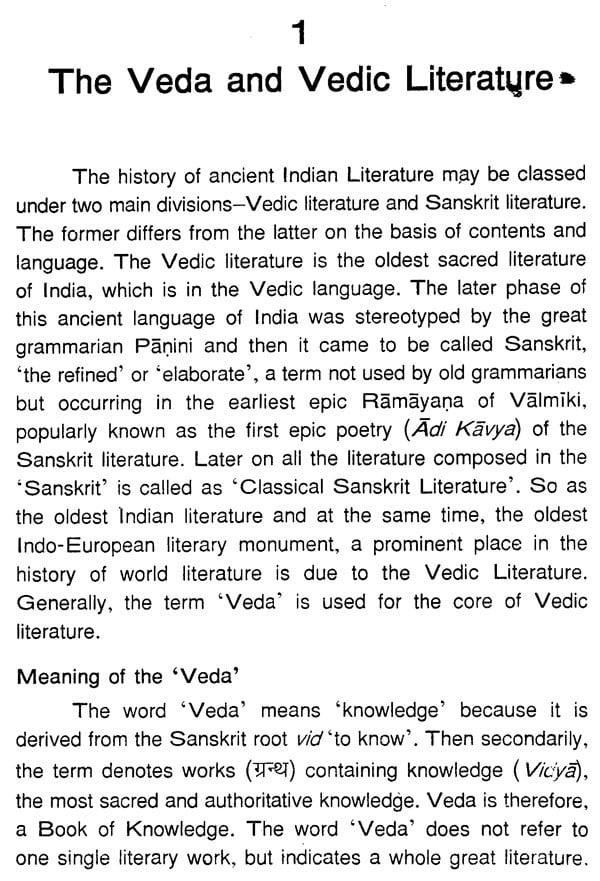 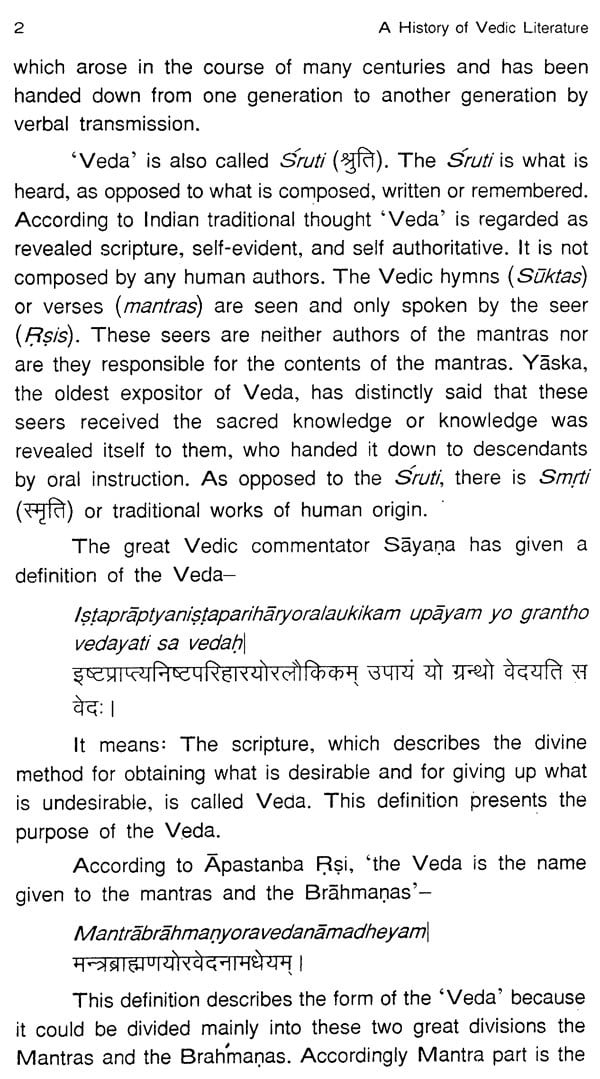 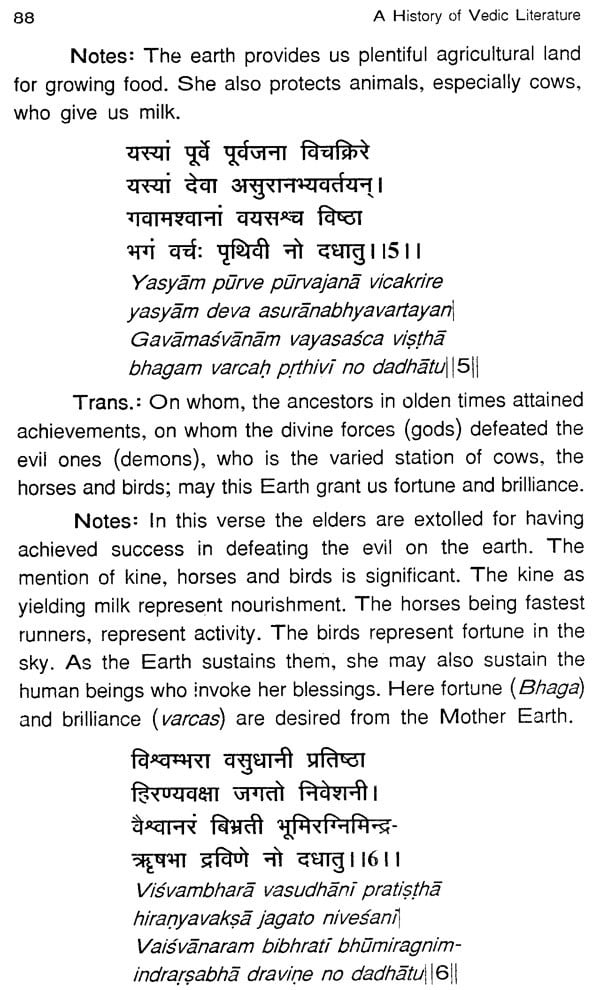 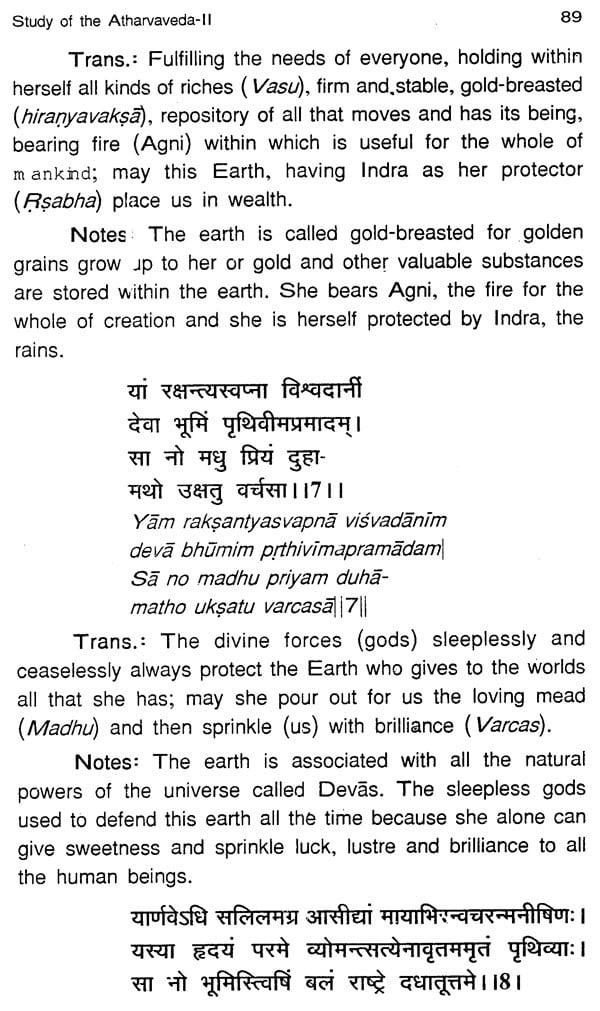 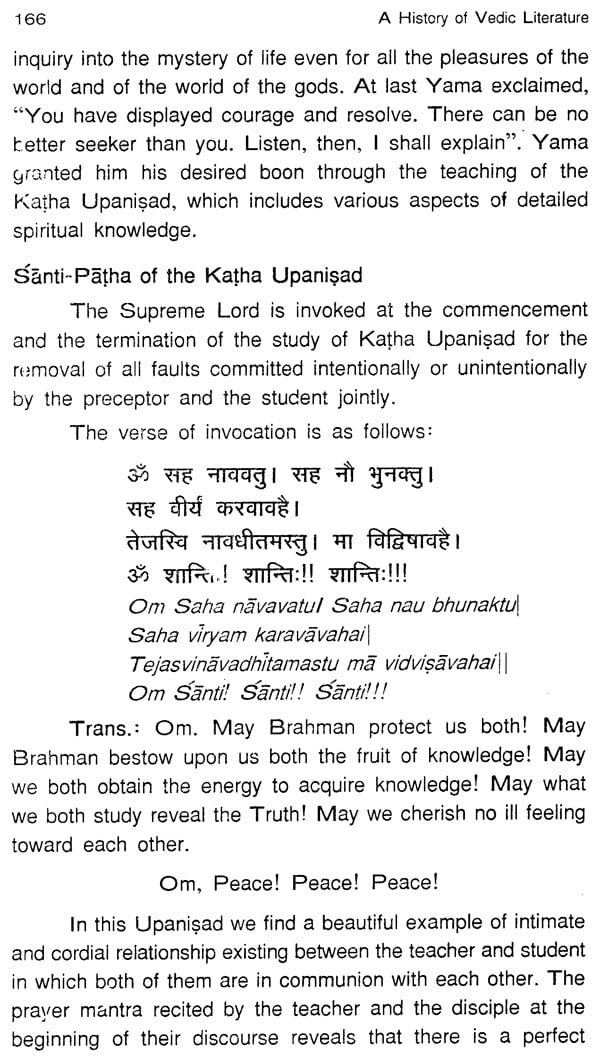 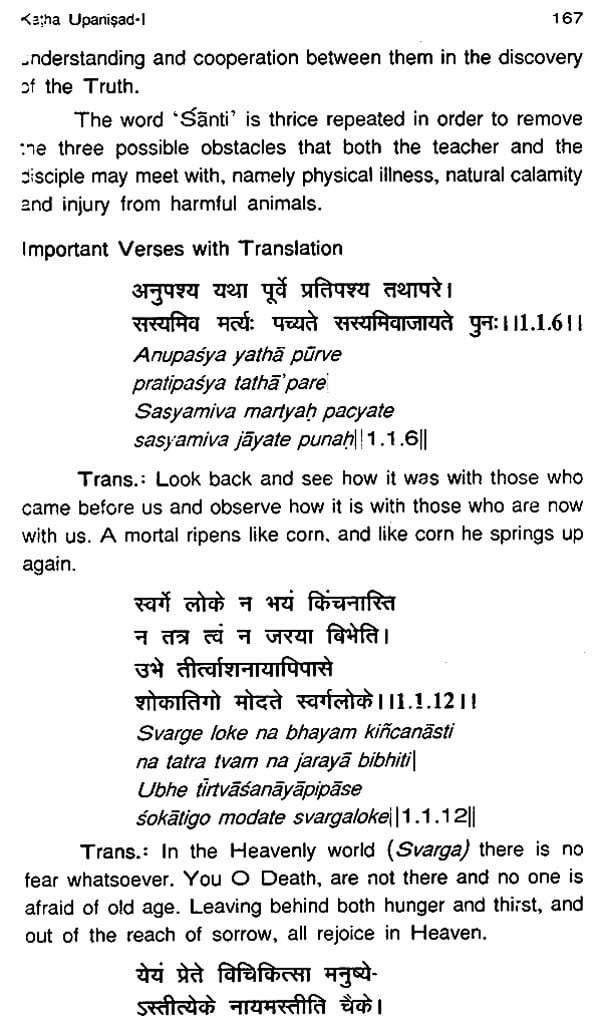 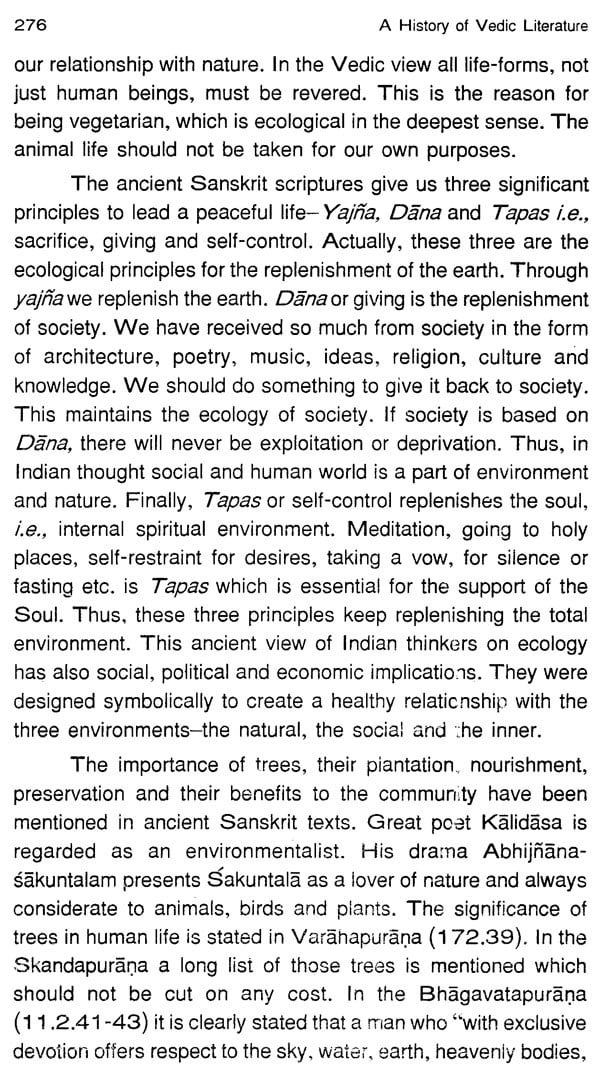 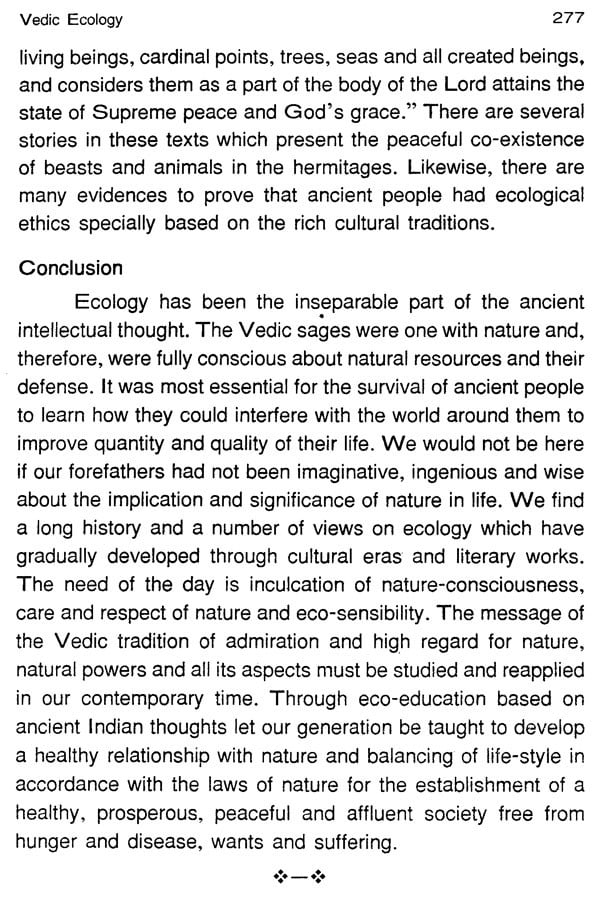