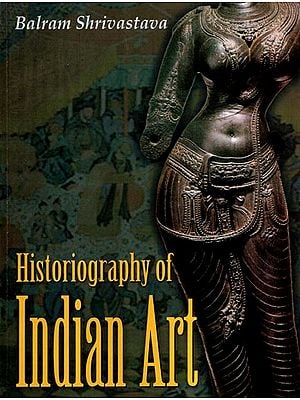 The Historiography of Indian Art is more or less a sort of re examination of writings of Indian art history done during preceding recent centuries. It is a kind of scientific enquiry into the grants of historical perceptive an a corrective measure in relation to the study of art done in the past. By this the aim of historiographical writings is to detect misgivings spread in the people about our art development. As a corrective measure this branch of study has worked and influenced the study of Indian art with better understanding and in a progressive prospects.

A long stride has been taken in the field of Indian art history after Anand Coomarswamy. Now this is a time when we collectively evaluate the progress in the field of art studies and researches.

With this aim in view the Deptt. of History of art Banaras Hindu University invited scholars of the field history of art to discuss the various aspect of studies so far made at one platform.

This work is an outcome of the proceeding of the aforesaid seminar which is first to this kind in the history of seminars on a art historiography in India.

Dr. Shrivastava (b. 1930), a reputed scholar of Indian art and Aesthetics was mostly educated in Banaras Hindu University(B.H.U) Varanasi. Obtained the Ph. D. degree from the same University in 1964.

He was assistant and subsequently Curator in the Sanskrit University Varanasi.

He joined the Department of Ancient Indian History, Culture & Archaeology, B.H.U. in 1964.

Under the U.G.C. grants he has explored the Orissan art-regions and at the invitation from Nepal he worked in search of Licchavi Sculptures in the Kathamandu Valley.

Under the travel-grant from Australian National University, Canberra, he was invited to deliver lecture on the 'Foundations of Early Mediaeval Art of India' in the 20th International Conference of Orientalists held in 1971.

In 1976-77 he joined the Indian Institute of Advanced Study, Shimla for two years as a Visiting Fellow to work on the project entitled 'Regional Trends in the Art of Orissa'.

He was expert member of Commission of Scientific & Technical Terminology (Architecture), Ministry of Education, Government of India.

In 1978 he joined the Deptt. of History of Art as Reader and became Professor and Head of Deptt. in 1987.

In 1987 he was invited by Wisconsin University, Madison, U.S.A. to deliver a Course of lectures on 'Indian Aesthetics and Indian Art'.

Under his Headship an International Seminar was organised on the 'Art of Khajuraho' (1987) and under his Directorship he held a National Seminar on the 'Historiography of Indian Art'.

The Historiography of Indian Art is more or less is a sort of re-examination of writings of Indian art history done during preceding recent centuries. It is a kind of scientific enquiry into the grants of historical perceptive and a corrective measure in relation to the study of art done in the past. By this the aim of historiographical writings is to detect misgivings spread in the people about our art development As a corrective measure, this branch of study has worked and influenced the study of Indian art with better understanding and in a progressive prospects.

Historiography of Indian art conceptually, is neither antiquarianism nor archaeological formalism, but for laid the foundation of the study of Indian art. Sir William Jones, who laid the foundation of Indian Orientalism gave vision also to judge the merits of a 'painting' in Indian perspective. The great discovers of Indian art and antiquities such as Fergussion, Alexander Cunningham, J. Burgess cannot be cornered as a archaeologist or orientalist, but to be thanked for laying the foundation of historiography and art studies. The shortcomings in their studies are not rare. They worked of Indian art and antiquities not only in modelities of European art history, but for the European readings also. Similarly happened in the writings of art historians of other nationalities, such as Portigease, French, Americans etc. Such studies undoubtedly be appreciated for their archaeological minuteness and analytical acuteness. Yet the colonial prejudices over prevail their studies. Considering Indian art as hand made of religion or symbol of our philosophical thought, there study do not represent aniota of truth of it.

Their progressive research in the field of history of Art aroused ultimately spontaneous understanding and sensibilities and dispelled gloomy misunderstanding and allusions about our art once vigorously propogated in the western world. He put the Indian art-object for its scientific investigation not as a part or an isolated object, but in its proper culture-context of religion, society, living pattern and taste. Coomarswamy, particularly explained form and consent into its socio-religious perception.

They set the model for the study of Indian art in its totality. In their view, the art of India cannot be treated as mere object of beauty, but a product of deep insight they visualized the total culture content visibly presented. Due to this, Coomaraswamy particularly looked at the object to art through the vision of metaphysics, poetics, literature aesthetics, religion and society insearch of Indian art in its totality and universality.

Indian art though the life endurace and capacity received adequate alterations and as the result of world wide recojugition as well as awareness of Indian scholarship opened the vista of divergent approaches. First among them who propogated Indian art in an individual whole is a self-contained artistic organism reflecting life and reality of its own. Thereby we also accept this historical reality that every art or kinds of art have their individual entities being the art facts are the product of different artists of various schools conditioned by different periods, sect, cultures, regions and style. All these are in determinants of art schools or styles. These factors authenticate the fact of art and such factors determine the points of inquiry under the norms of historiography. It demands critical approach to the art-history. The critical approach is determined by some system conditioned by regorous historical perception and creative sensibility. The rhythmic language of art must be clear to the mind of a critic and the socio-religious reference of art activity and their products must be considered in their proper context.

Recreative criticism of the artistic individuality must be authentically and judiciously based on data free from national or colonial prejudices and must determine the true value of art activity, which includes various factors such as academic, symbolic, ethnic, ritual, moral etc. Historiographic determination of art. Without the sense of senstive recreation and appraisal may merely produce an uninspiring chronical of history of any art.

A long stride has been taken in the field of art history since Coomaraswamy. The post Coomarswamy art activity, which naturaly had universal academic attraction. This is now high time to evaluate the contributions of art historian-both India and abroad.

A comprehensive analysis of the contributions of Coomarswamy has been presented by Prof. Vidya Niwas Mishra, who presided the innagural session. Prof. Pramod Chandra, in his inaugural address hinted the western impact on the studies in the art and the contributions of Coomarswamy, in counteracting the misgiving rendered by the western & American scholars. Prof. B.P. Sinha, Prof. K.D. Bajpai discussed comprehensively land-marks of History of art from the point of view of historiography, and Prof. P.K. Agrawal evaluated the contributions of historians and their respective views. Prof. H.A. Phadke located the rudiments of historiography of Indian art in the writings of Mount Stuart Elphistone. Early approaches to the study of Indian art is demarkated ably by N.R. Banergee while Krishna Deva ji determined from the land marks of studies from the point of view of historiography. Prof. R.N. Mishra discussed the determinants of periodisation of Indian art and Prof. Ratan Parimoo in his, 'The Myth of Gupta classicism and the Concept of Regional Genres' presented an important aspects of art studies in the recent past. The sliant features of the development of regional art historiography in the field of Iconography is determined by Dr. N.P. Joshi and Raju Kalidos. Ajaya Sinha (U.S.A) considered The problems of Vesara Mule a very complicated problem of Indian architecture. R. Nath ably visualized the points of resemblance in case of Mughal Architecture. Dr. T.K. Biswas set a new word for the historiography of a monument in the light of studies made by a gallexy of scholars on Barabodur.

With this humble submission I express my gratitude to all historians, who participated to the seminar, which is first to this kind in the history of seminars on art Historiography in India. 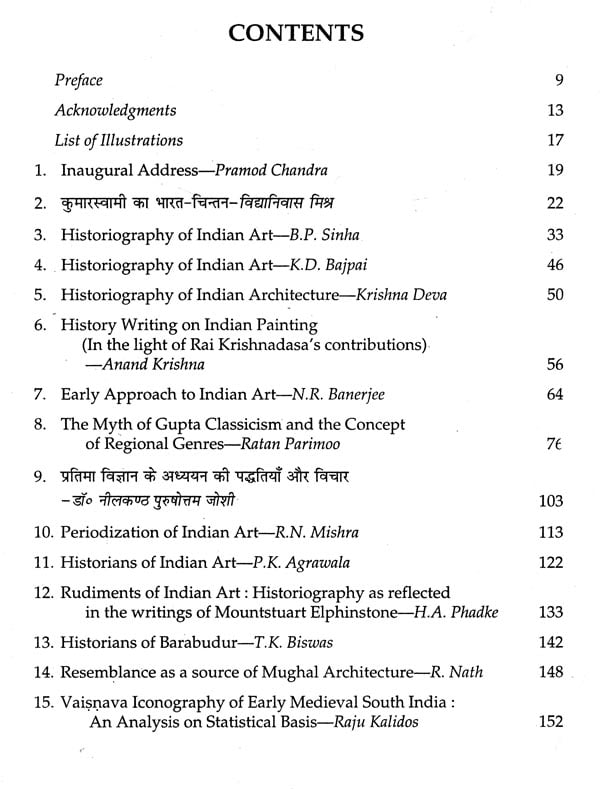 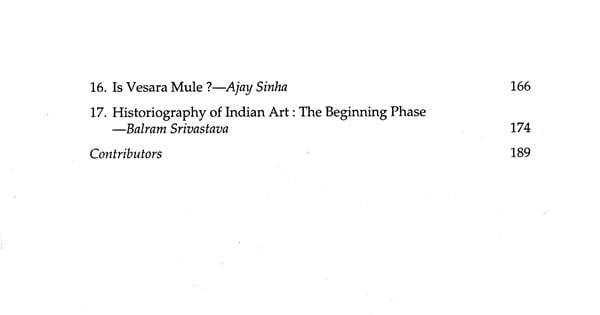 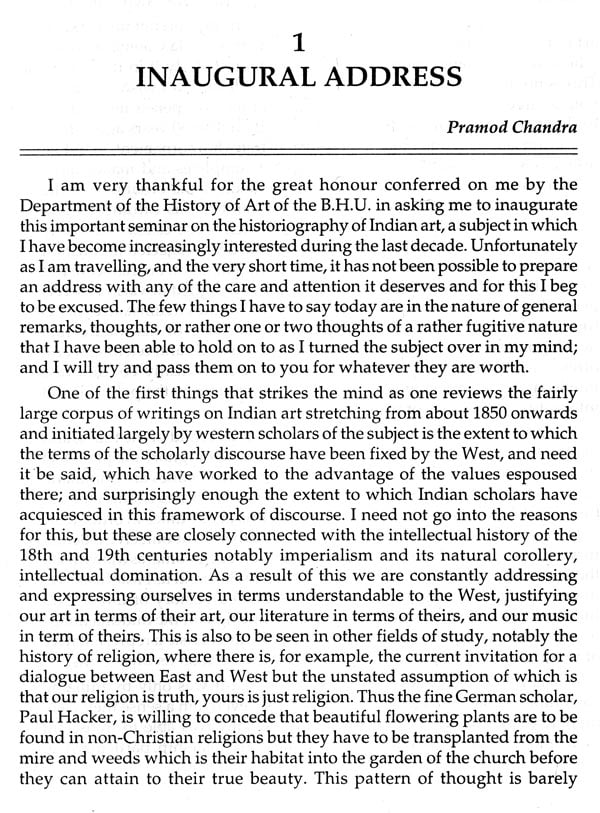 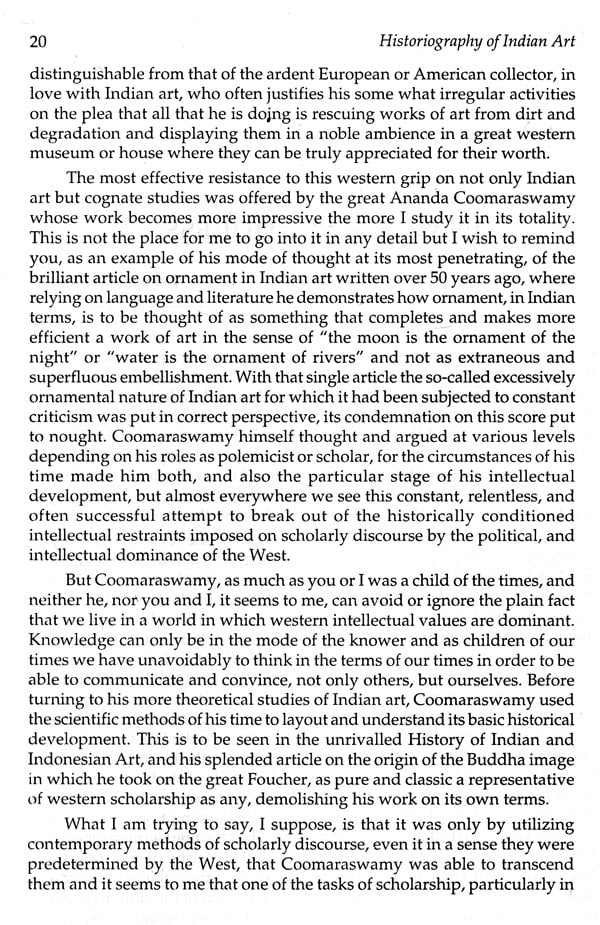 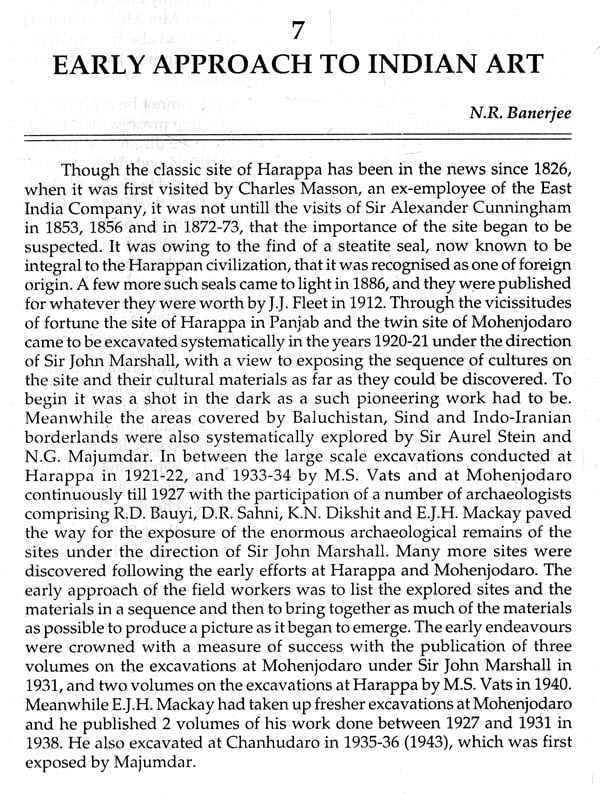 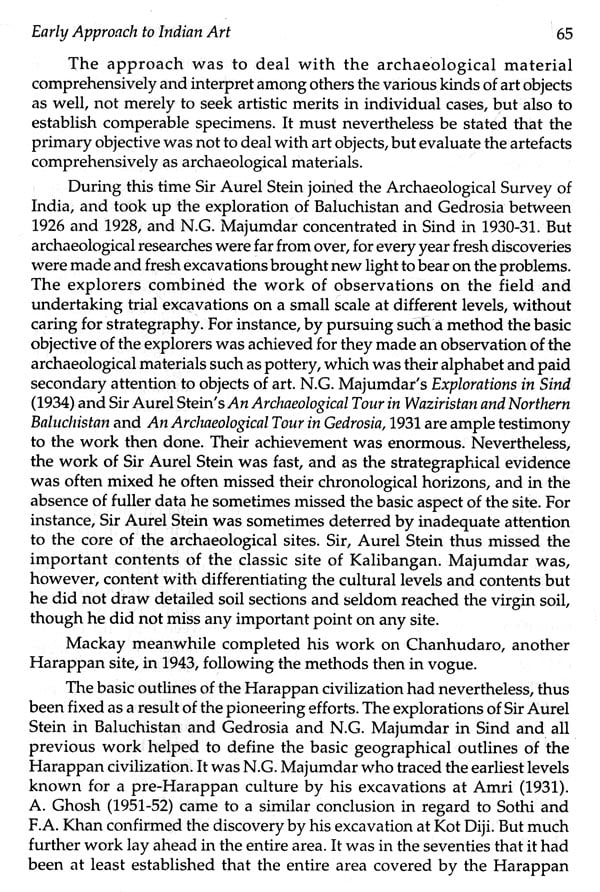 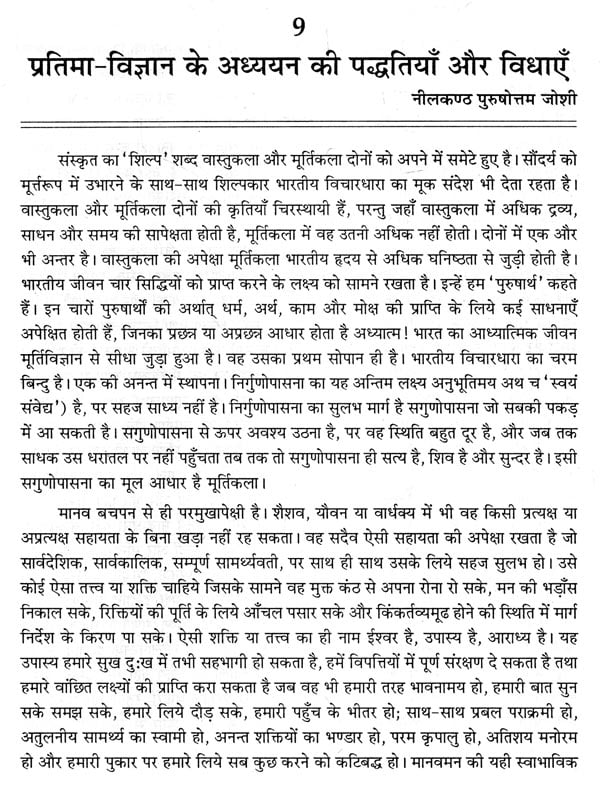 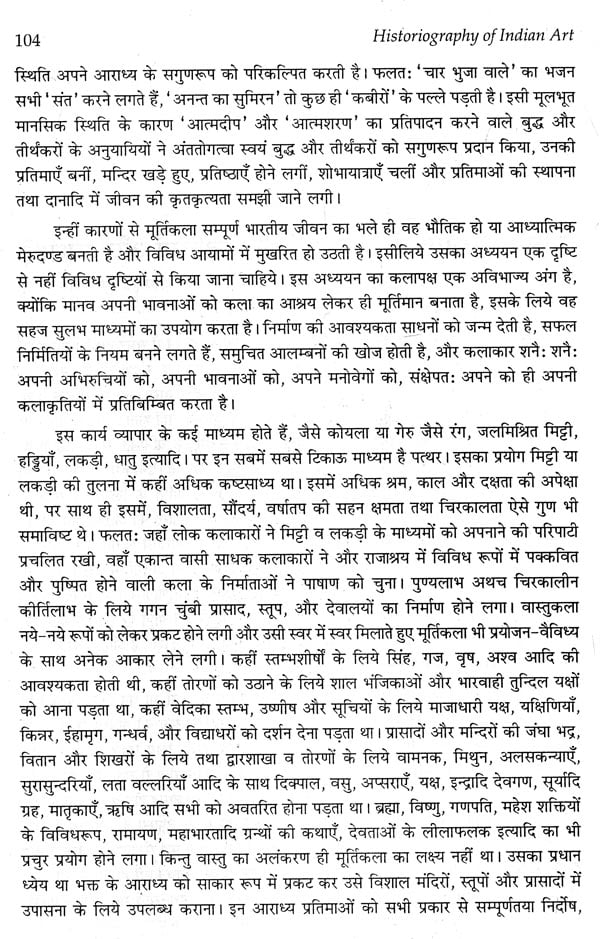 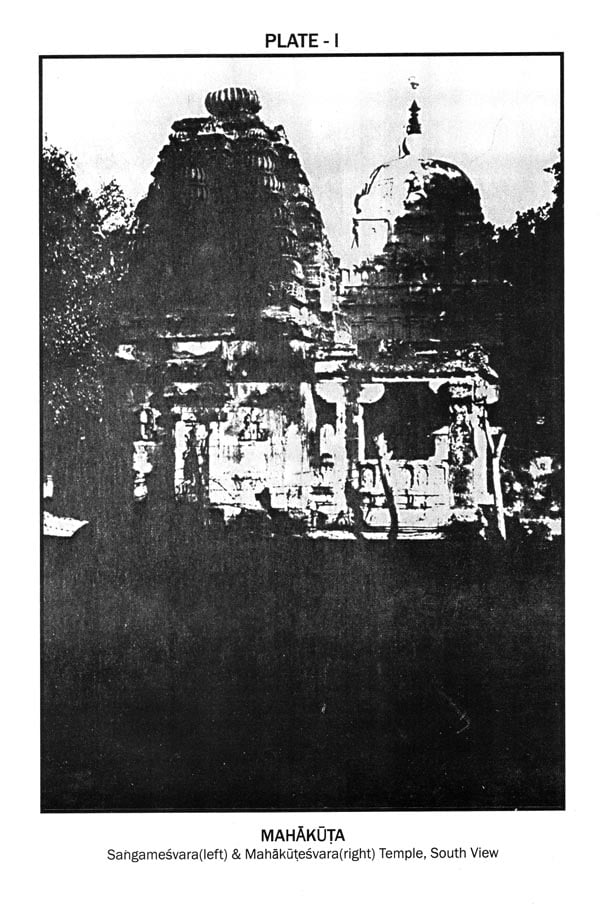 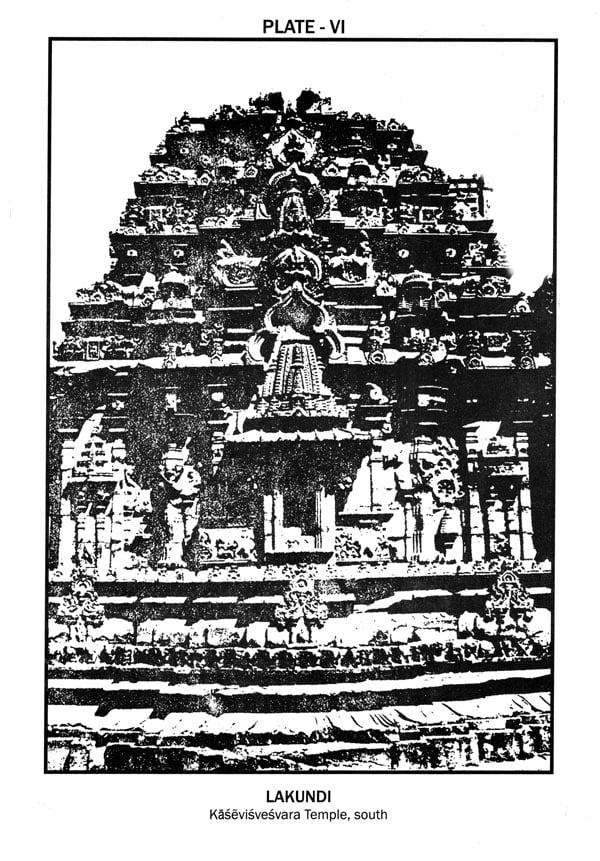 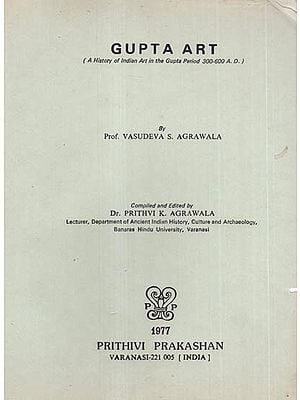 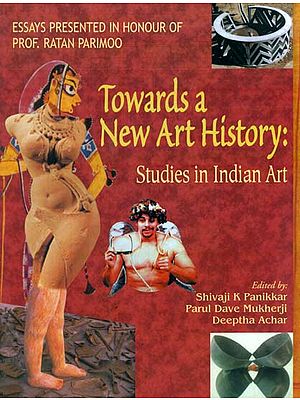 My Brush with Art: An Anthology of contemporary Indian Art
By Lakshmi Lal
$34.50
FREE Delivery 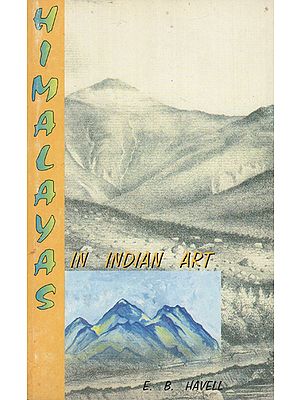 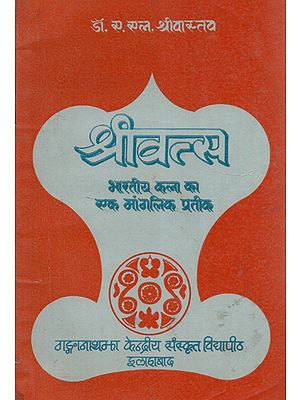