The Hindu Speaks on Music

Indian classical music has stuck to its roots and characteristic identity uninfluenced by alien cultures. In the South, the purity of Carnatic music was strongly anchored by the compositions of the Music Trinity - Sri Thyagaraja, Sri Muthuswamy Dikshitar and Sri Shyama Sastry - followed by a succession of eminent composers. The tradition was dutifully preserved by a long line of dedicated performing musicians.

The Hindu, in its columns, carried a number of perceptive articles by well-known persons with deep knowledge of the theory, practice and progress of Carnatic, North Indian and Western music. The book that is presented, now is a compilation of select articles (not reviews) on several aspects of Indian Classical music covering almost the whole century. Since the material on hand was voluminous, the articles had to be suitably edited wherever necessary. The contribution of towering vidwans of yesteryears and the way the fine art has been handed down from one generation to the next are brought to the readers through the profiles of artistes from the past to the present day.

The scope of the book also includes: the controversy regarding the place of language in music, the views and observations pertaining to the changing face of concerts in the past and the present, Nagaswaram, North Indian music, Western music and interest abroad in Carnatic music. The photo section presents some rare photographs of past stalwarts and events.

This publication provides, a panoramic picture of Indian Classical music in the 20th Century and we hope musicians and music lovers will find it interesting. 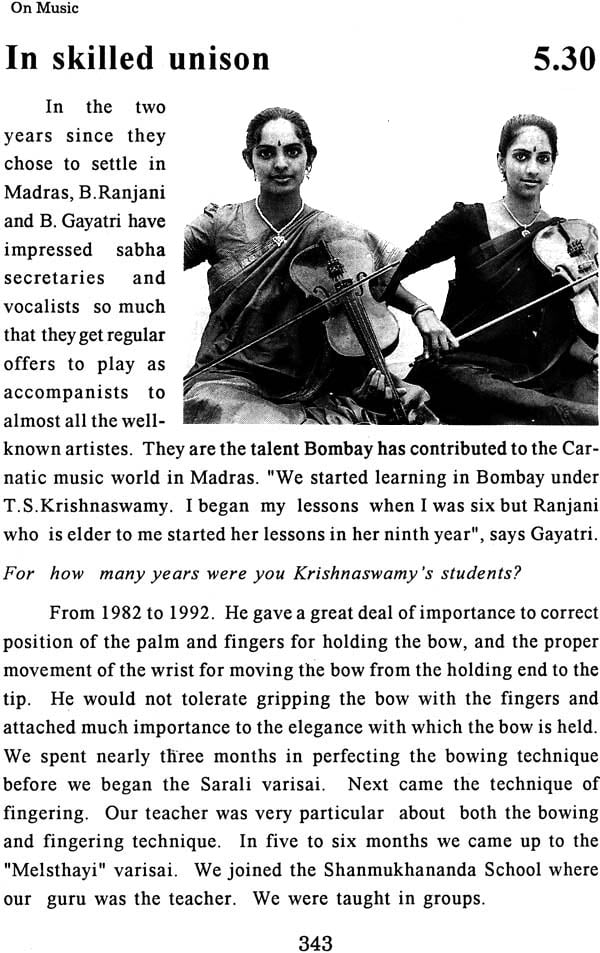 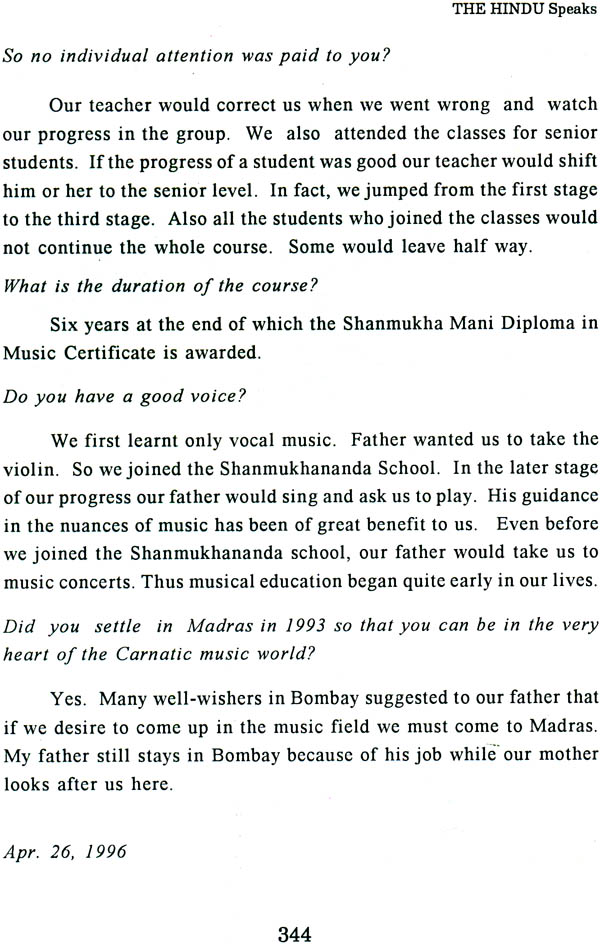 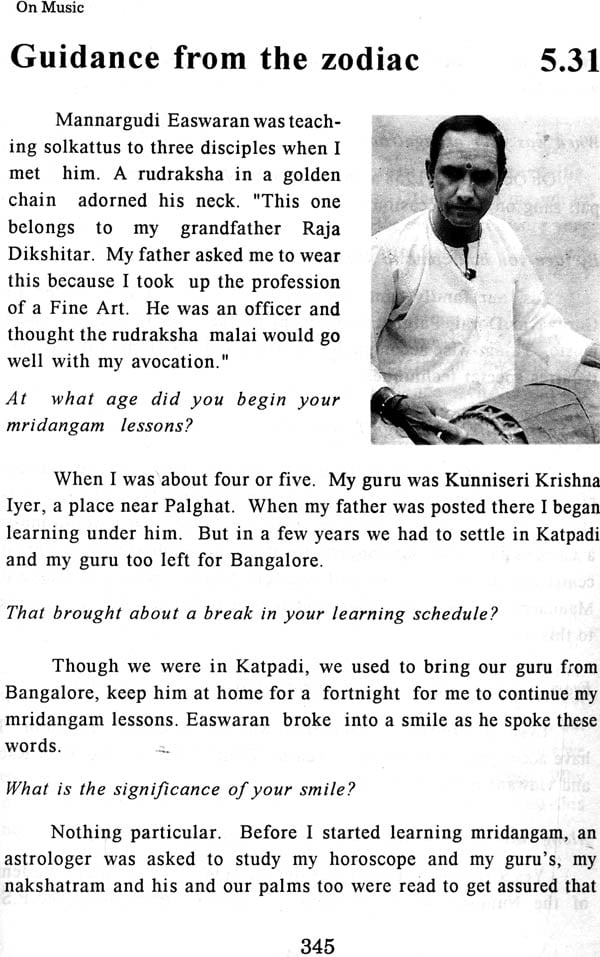 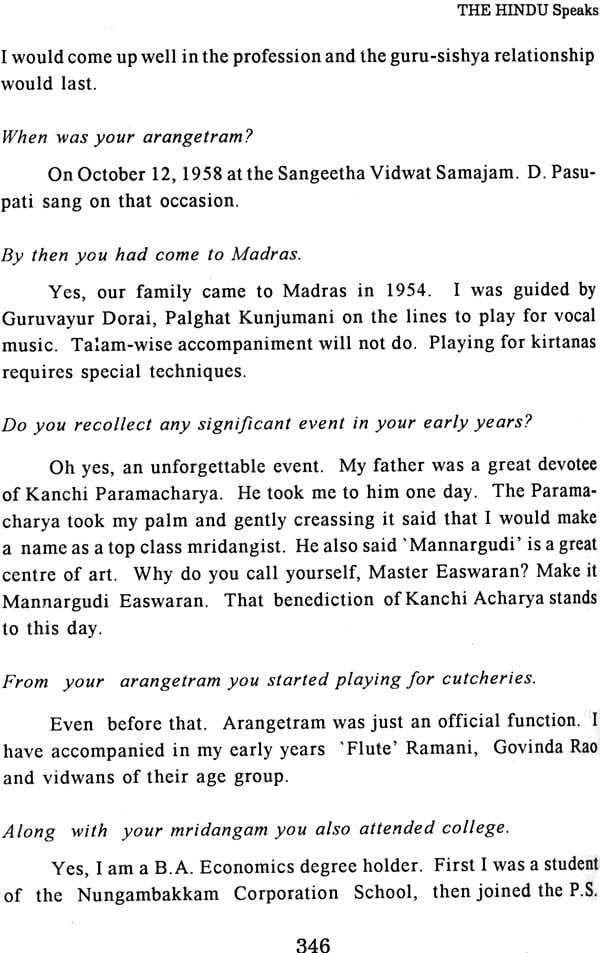 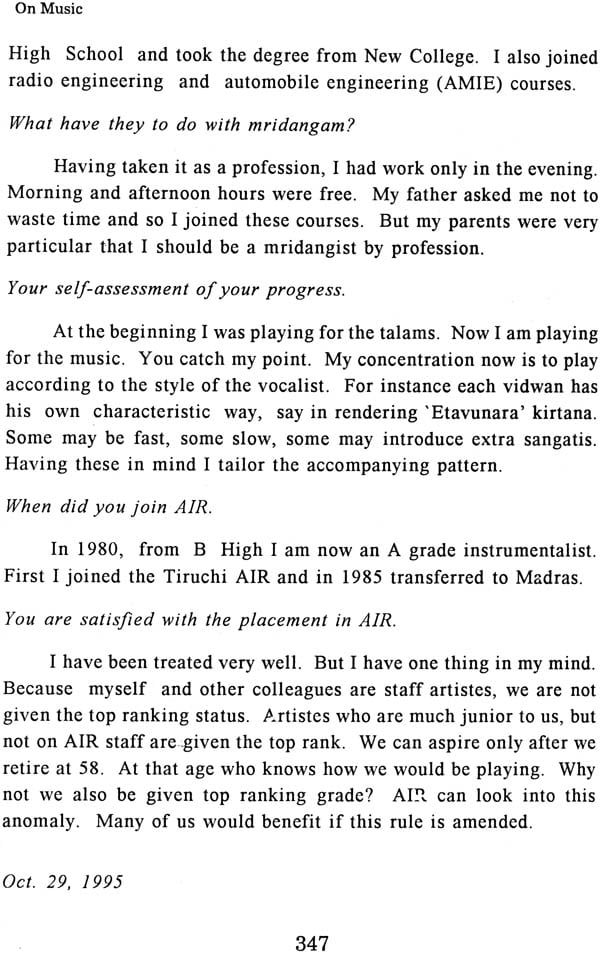 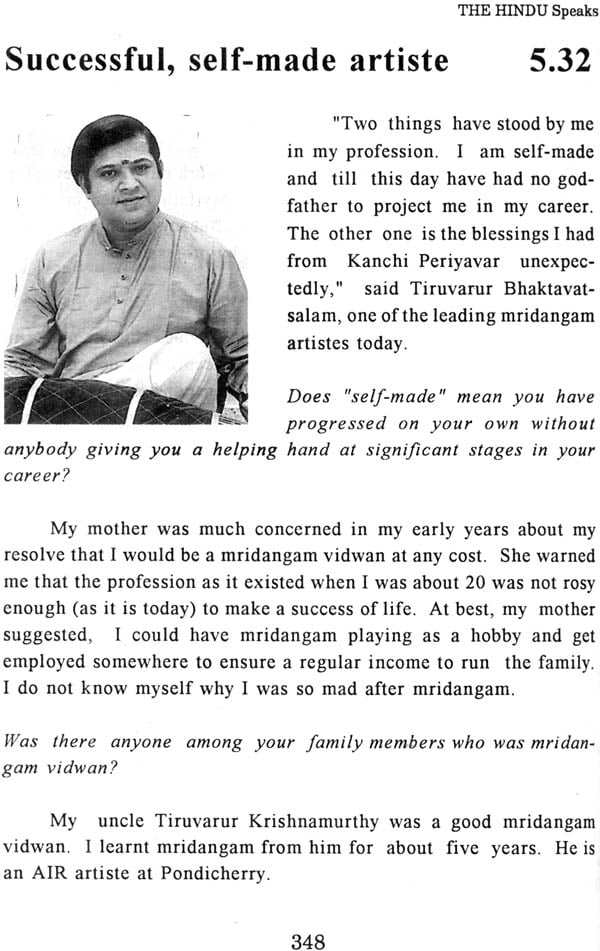 The Classical Music of North India (The Music of the Baba Allauddin Gharana as taught by Ali Akbar Khan at the Ali Akbar College of Music): Volume One The First Years Study
By Ali Akbar Khan , Notations and Explanatory text by George Ruckert
$48.60
FREE Delivery
Best Seller
$54  (10% off) Music Systems in India (A Comparative Study of Some of The Leading Music Systems of The 15th, 16th, 17th, and 18th Centuries)
By V. N. Bhatkhande
$22
FREE Delivery Music and Media in Local Life (Music Practice in a Newar Neighbourhood in Nepal)
By Ingemar Grandin
$55.20
FREE Delivery
$69  (20% off) The Traditional Music of Kashmir (In Relation to Indian Classical Music)
By Dr. Sunita Dhar
$17.60
FREE Delivery
$22  (20% off)