A Glossary of Standardized Technical Terms in Linguistics English - Tamil 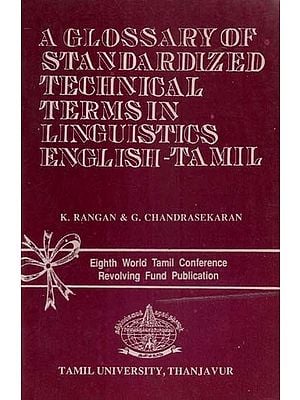 $25.00FREE Delivery
Ships in 1-3 days
Notify me when this item is available
PREFACE

The glossary is a joint venture of linguists working in the area of Tamil linguistics. It was their devotion which was a source of inspiration for us. We thank all the linguists participated in the workshops and extended all possible help in our work. The idea of workshop for standardizing the linguistics technical terms in Tamil originated from the Summer Institute in Linguistics organized by the Department in 1985 and therefore it is our duty to express our gratitude to all the participants of the Institute.

We are grateful to the former Vice-Chancellor of the Tamil University Prof. V. I. Subramoniam for the encouragement we received from him from the inception of the Department. We express our thanks to Dr. M. S. Thirumalai, Former Professor-cum-Deputy Director, Central Institute of Indian Languages, Mysore for going through the pre-final draft and made valuable suggestions. Our thanks are due to Dr. M. Jayakumar who extended all possible help in organizing the workshop successfully and to Dr. L. Ramamoorthy for the help in preparing the final manuscript for the press.

We gratefully acknowledge the grant received from the University Grants Commission, New Delhi for organizing a workshop to standardize the linguistics technical terms in Tamil. We extend our grateful thanks to the authorities of the Tamil University for extending the support financially, academically and administratively.

The need to standardize the technical terms in linguistics used in Tamil was felt when the Department of Linguistics of the Tamil University con-ducted an Institute in Linguistics for the college Tamil Teachers in 1985 with the financial assistance of the UGC, New Delhi. Both the members of teaching faculty and the participants of the Institute of linguistics faced the difficulty in communication, mainly due to difference in the technical terms in Tamil for the same concept by the members of the faculty. At the end of the said Institute, the participants suggested that the Department of Linguistics could undertake the task of standardizing the linguistics technical terms used in Tamil, in order to facilitate effective expression of linguistics concepts.

A workshop was conceived and the UGC was liberal to fund it. A five day workshop was organized in 1986 and linguists from various universities were invited. The list of the participants is given at the end. The linguists who participated in the workshop were divided into five groups. These groups were formed to cover the terms in the following branches of linguistics:

i. General Linguistics and Lexicography;

iv. Morphology and Psycholinguistics and

Format of the Glossary

Let us explain the structure and format of A Glossary of Standardized Terms in Linguistics: English -Tamil. Though we tried to drop the long phrases as entries, we were not successful in eliminating the phrases completely. There are entries like 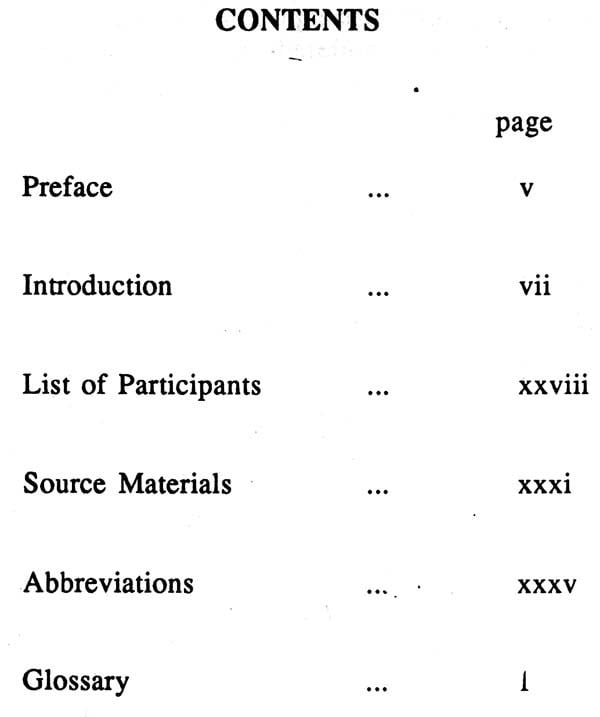 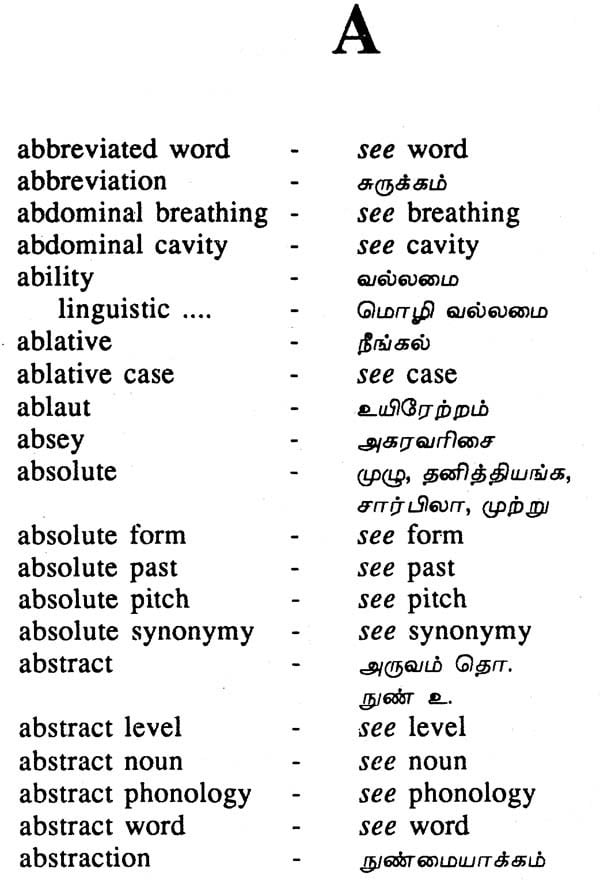 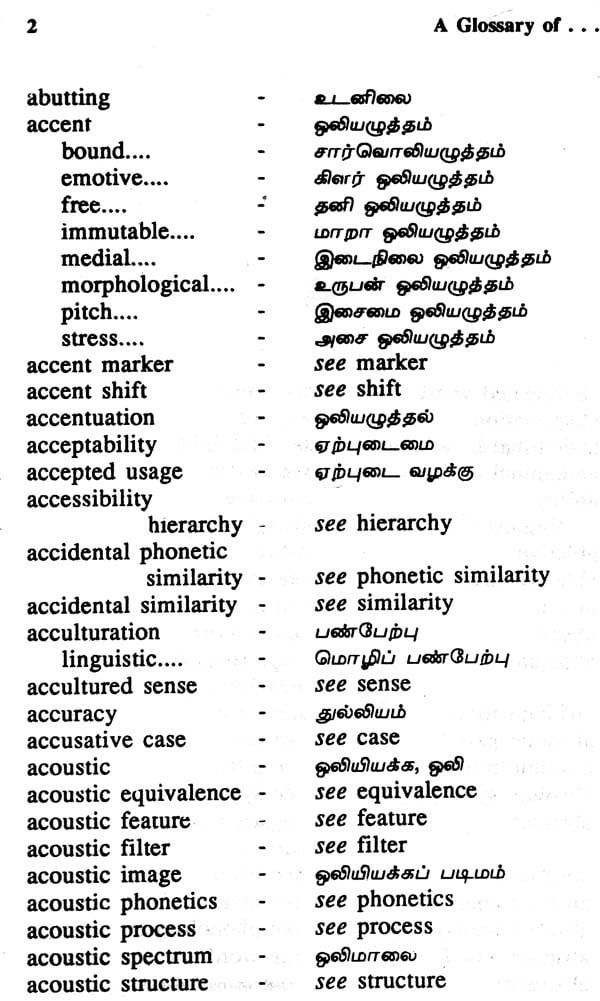 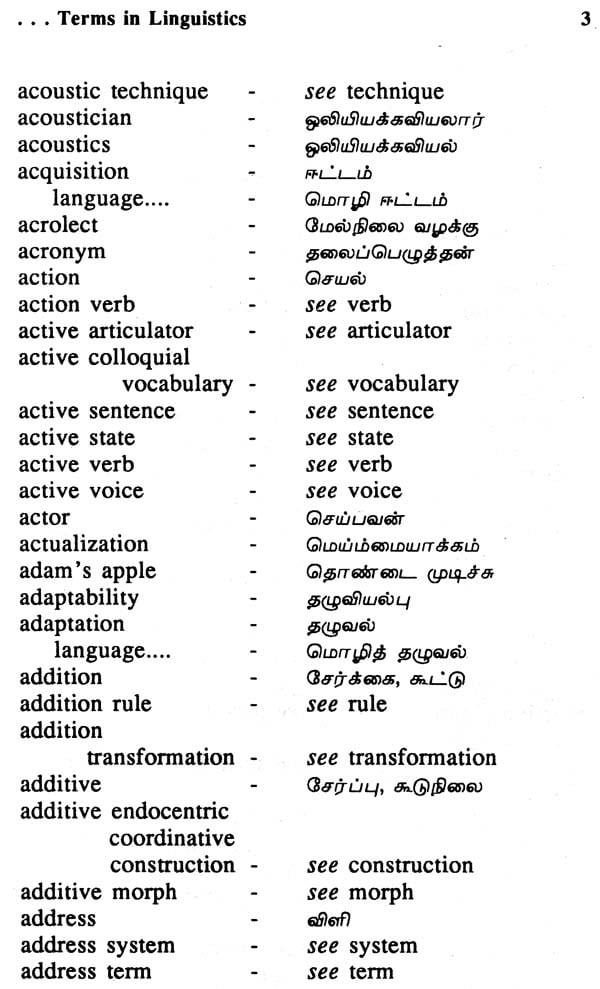 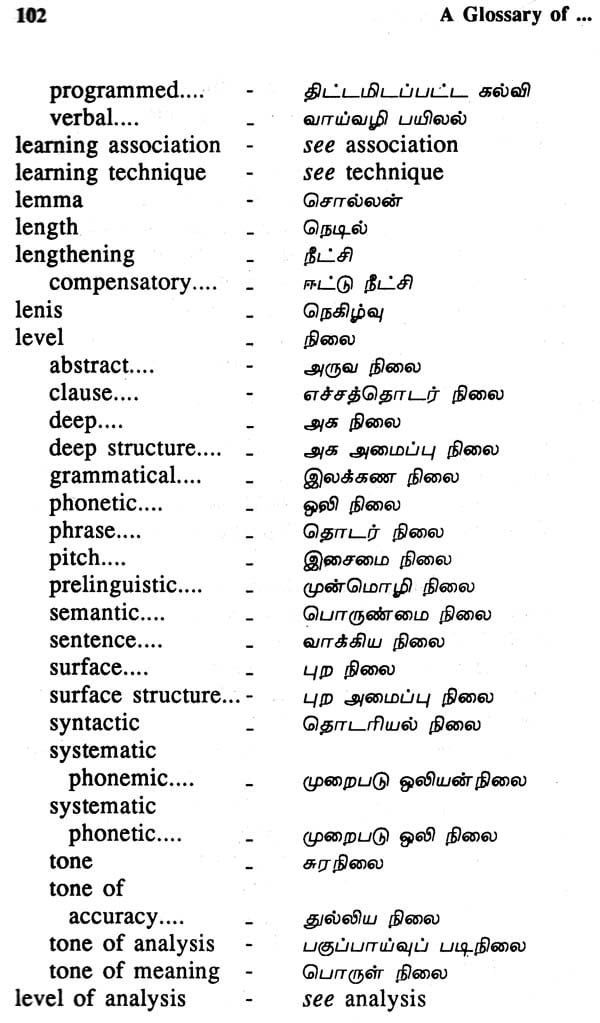 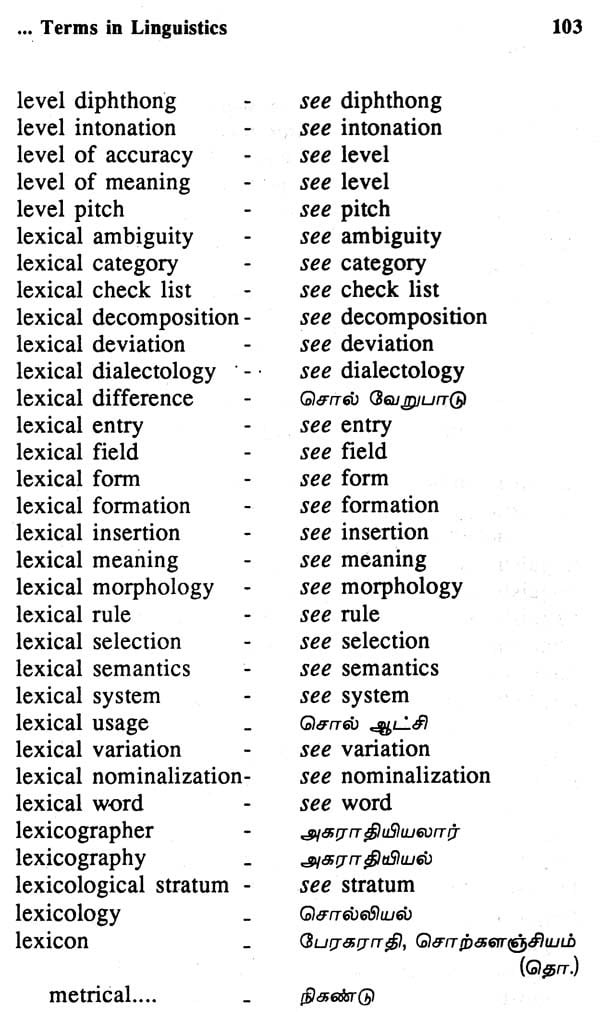 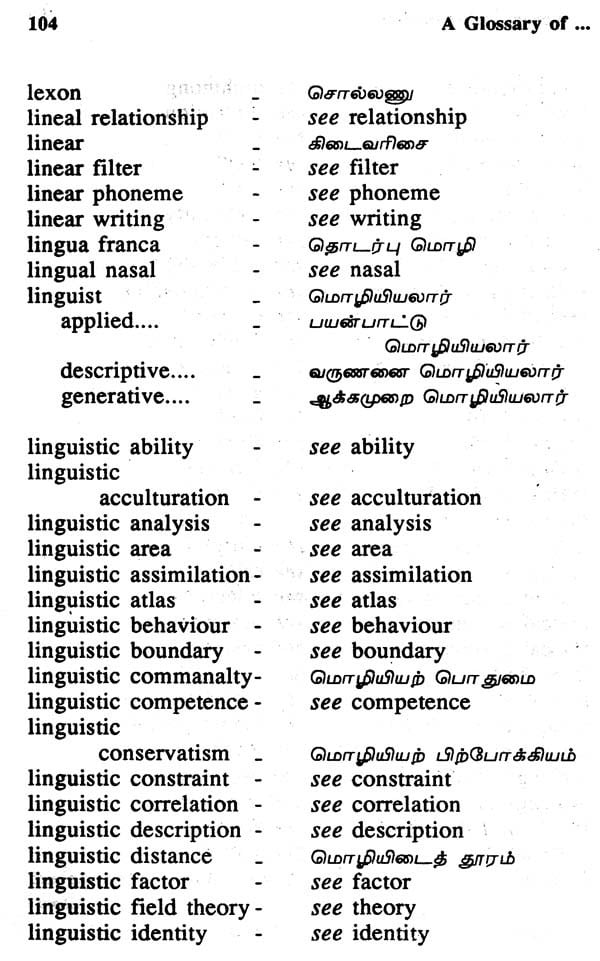 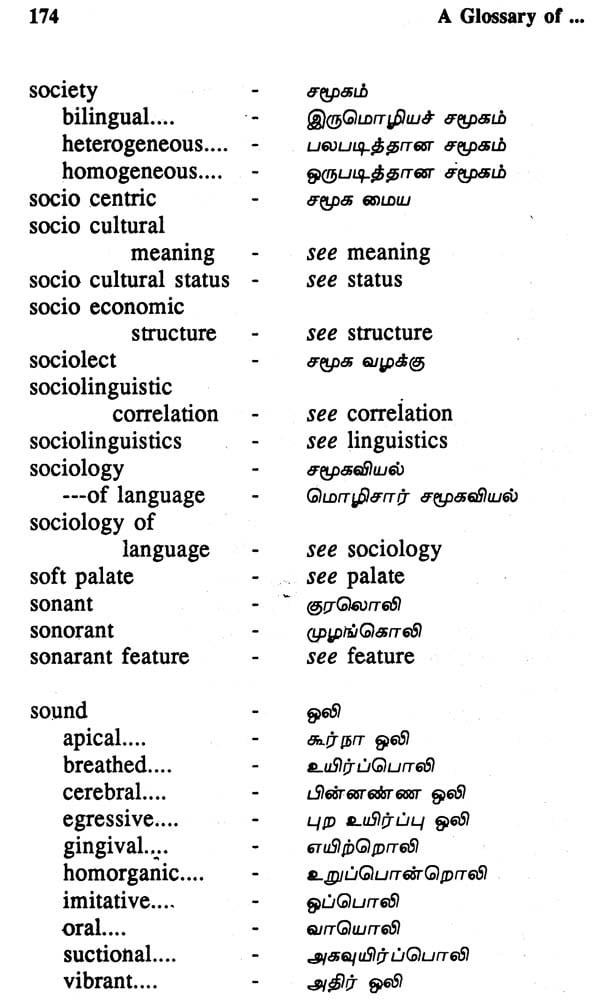 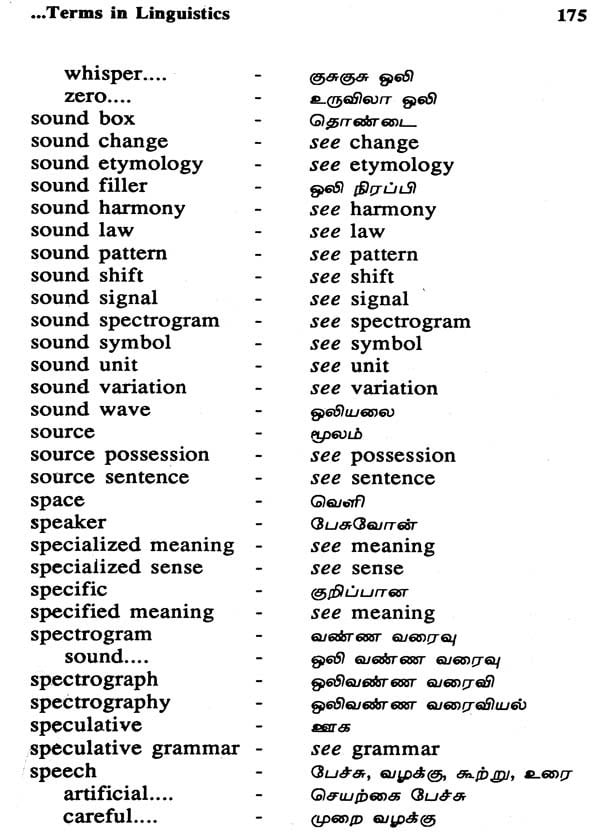