Fragment of A Prajnaparamita Manuscript from Central Asia

The manuscript fragment dealt with in this issue of the memoirs was received by the Director General Archaeology in India from the political Agent, Gilgit, in 1906, and lent to the Indian Museum for exhibition n 1916. The leaves of the fragment adhered to each other. Mr. Sanaullah, the Archaeological Chemist in India, to whom it was made over for treatment, succeeded in separating the leaves and put each between two sheets of glass for preservation. The fragment consisted of 48 leaves of dun - coloured paper varying in size. The largest of the leaves measures 10” x 9 ¼ ” and of these eight leaves are in a tolerable state of preservation and have, therefore, been selected for publication. They bear writing on both sides and each page contains fourteen lines. On an average the aksharas measure ¼” to ½ “ in height. The leaves are not perfect, for instance line 4 of plate III, fig. 4 reads…shtih samyak – samkalpam samyag - vak samyak –karmmantah samyag-ajwam samyagvya and line 3 ends with punarapa, so line 4 must have had some such words as these in the beginning – [ram… Yaduta - ryya-shtango margah samyak dri ] shtih, and line 5 undoubtedly had in the beginning yamah samyak smritih samyak samadhih Bodhi – It is therefore evident that a third part of the longer lines and larger part of the shorter lines of each page from the beginning have disappeared. A considerable number of letters on some of the pages have become more or less illegible owing to the link having been rubbed off.

The language used in the manuscript is Sanskrit. Certain orthographica peculiarities deserve notice. The sigh upadhmamya for visarga occurs in the word ‘Tejah-pati’ (Plate I, fig. 4, 1. 3). The single and double dots are used as the signs of punctuation in several places though not in all cases.

The letter ‘b’ is generally used in place of ‘v’ and the conjunct vb is used for vv. The subject matter and the phraseology of the manuscript closely resemble those of the Satasahasrik - Prajnaparamita, Books 7 to 11. These sections of the latter work seem to be an expanded version of our text as a comparison of the transcripts of plate I, fig. 1 with the following passage of the Satasahasrika - Prajnaparamita (published by the Asiatic Society of Bengal, pp. 1406-1408) will show:- 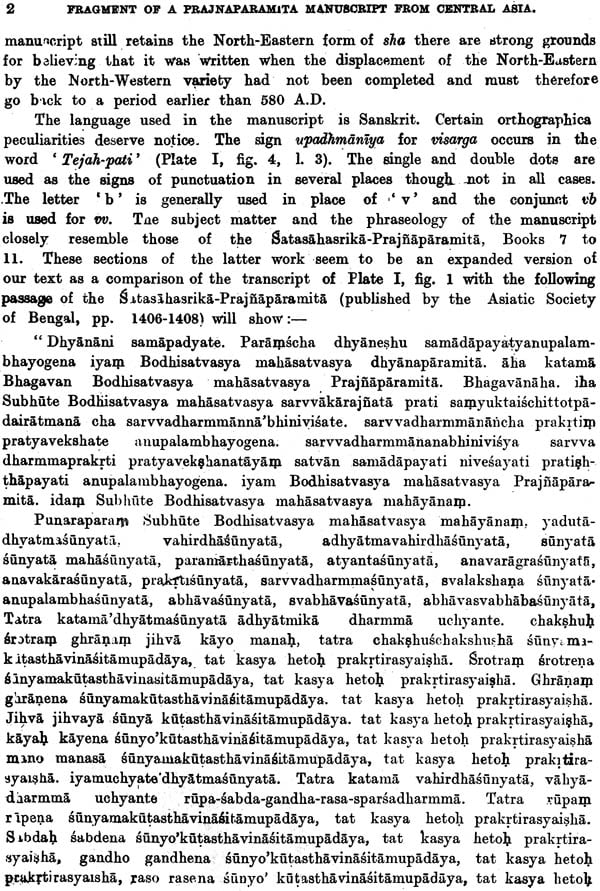 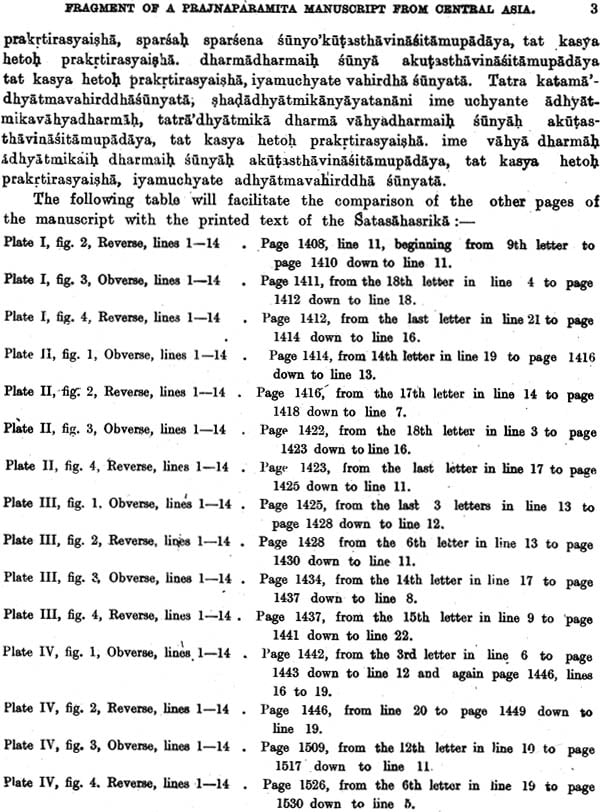 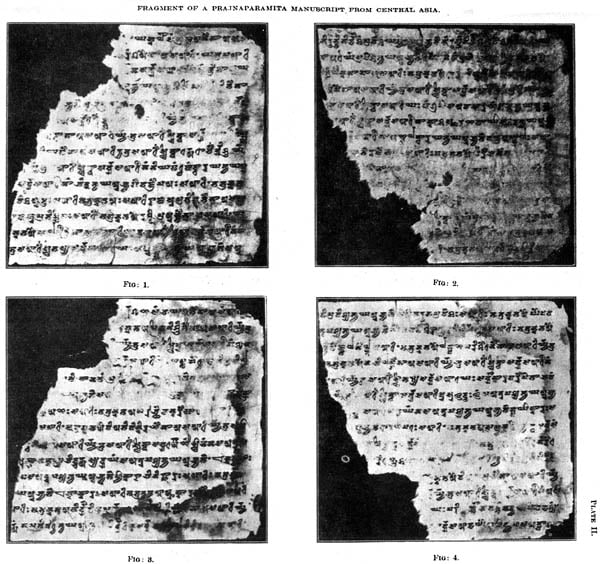 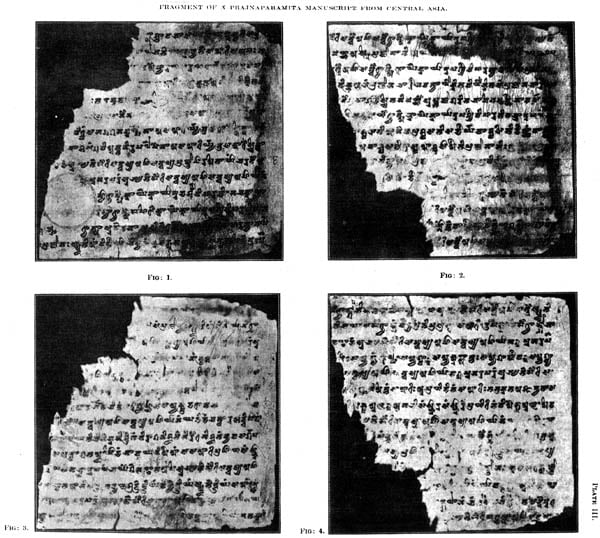 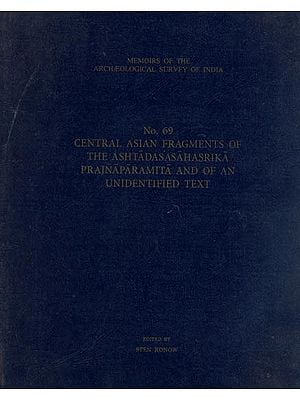 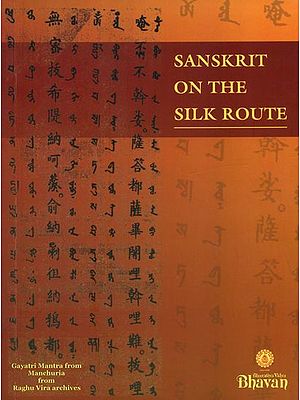 Sanskrit on The Silk Route
By Shashibala
$39
FREE Delivery