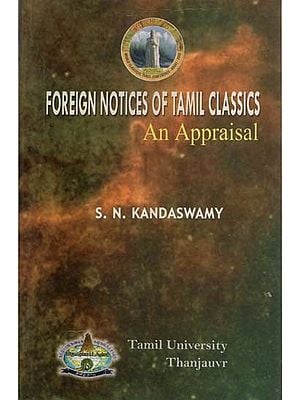 $25.00
Notify me when this item is available
Save to Wishlist Send as E-card Share by Email
Foreword

The World Classical Tamil Conference to be held at Koval on 23-27.6.2010 would really be a memorable event. On this momentous occasion, it is our duty to thankfully recall the indefatigable efforts of Dr. Kalignar M. Karunanidhi, Honourable Chief Minister of Tamilhadu, prompting the Government of India to officially declare Tamil, a Classical Language. Again, through his earnest Endeavour the Central Institute of Classical Tamil has been established at Chennai. In continuation, his ambitious dream of conducting the International Conference-Seminar for Classical Tamil becomes a reality. To commemorate this historical event, Tamil University proposed to bring out useful and valuable research publications on our Culture and Literature. In the series of the World Classical Tamil Conference Special Publication, the present book Foreign Notices of Tamil Classics - An Appraisal merits special mention.

Professor George Hart, one of the reputed Tamilologists hailing from U.S.A. expressed through E-mail on April, 22 the biggest challenge to Classical Tamil due to the publication of Herman Tieken's Kavya in South India: Old Tamil Cankam Poetry (2001) and Sheldon Pollok's The Language of the Gods in the World of Men (2009). These two foreign scholars questioned the unique status and antiquity of Tamil literature and opined that the Cankam poetry belonged to 800-900 A.D. Pollock concluded that Tolkappiyam was a product of 10th or 11th century A.D. One should not get provoked on going through these books which did not project the real picture of our literature. It is our bounden duty to refute them on unassailable grounds enabling them to realize and revise their views.

Among the two books, the first one i.e. Kavya in South India was critically examined and carefully evaluated by Professor S.N. Kandaswamy and his review was published in the Journal of Tamil Studies of the International Institute of Tamil Studies in 2002. So far no response was received from Herman Tieken. Again, the second book also came out recently by an author of the same school of thought.

In order to dispel their discursive views we requested Professor S.N. Kandaswamy, an eminent scholar in Tamil literature, grammar, linguistics, history and philosophy with sound scholarship in Sanskrit, Pali and Prakrit, to make an exhaustive study on the subject. It gives me much pleasure to go through his scholarly book in which he has carefully and properly identified and analyzed the problematic issues, raised by Herman Tieken and Sheldon Pollock and advanced his arguments with solid and valid evidences against their fallacious views. He has very well established the antiquity of Tolkappiyam which in all probability preceded in chronology the existing Cankam anthologies. He has also elucidated the unique features of Cankam classics, earmarking the significant differences between Tamil and Sanskrit with regard to their poetics, rhetoric’s and prosody. He explicated that the two languages belonged to two different cultural traditions and the commonness, if any, noticed in them may be attributed to the common stock of Indian tradition.

This book bears ample testimony to the author's keen insight, critical acumen, amazing skill in accommodating all the relevant data under appropriate captains, delightful discussion, historical sense and above all easy and effective communication. His controlled expression even in refuting the views of others is significant. I am happy to introduce the book to the scholarly world. Professor S.N. Kandaswamy richly deserves our appreciation for bringing out this valuable book within the short span of time.

On the memorable occasion of the World Classical Tamil Conference, the Tamils are beholden to the renowned global Tamilologists Joseph Beschi, F.W. Ellis, Robert Caldwell, G.U. Pope, Albert Schweitzer, A.L. Basham, J.R. Marr, Kamil V. Zvelebil, G.L. Hart, Jean Filliozat, Thomas Lehmann, M.S. Andronov, A.M. Dubiansky, Susumu Ohno and a host of others who have rendered yeoman service to the dissemination of Tamil Language and Literature far and wide through their remarkable studies, translations and linguistic research. They have voiced for the classical status of Tamil and established beyond the pale of controversy that without tapping the rich materials, embalmed in the Tamil Classics, a comprehensive study of Indian Cultural History would be definitely incomplete. Even among the Indian polyglots, Dr. Sunitikumar Chatterjee, the reputed Bengali National Professor, held high regard for Tamil and rendered his name into pure Tamil which he wrote himself in the visitor's book in the office of Centamil-c-Celvi, a classical monthly, run by the Saiva Siddhanta Publishing Works, Chennai, in the early fifties of last century. In his estimate, the contribution of Tamil to the Composite Indian Culture was more than fifty percent. Be that as it may.

Kavya in South India: Old Tamil Poetry (2001) and The Language of the Gods in the World of Man (2009) which contained many ambiguous, unauthentic and 'objectionable issues. It seems that these scholars did not get proper orientation in the Tamil Classics and also they were misguided by some prejudiced native scholars with regard to the age of Tolkappiyam and Cankam classics. Hence, it was felt essential to review their views in the light of valid evidences so that the factual errors, noticed in their books, may be eradicated.

This book contains four articles out of which the first two are appraisals of the aforesaid two books. In the next article an elaborate study has been made from different points of view to establish the age of Tolkappiyam. The subsequent article highlights the significant and salient features of Carikam Classics, the original products of the creative genius of the Tamils.

The author does not find adequate words to express his heartfelt thanks to Kalaignar Dr. M.Karunanidhi, the Honourable Chief Minister of Tamilnadu who is the dynamic source and force for the official declaration of Tamil, a Classical Language, the establishment of Central Institute of Classical Tamil at Chennai and the World Classical Tamil Conference to be held at Kovai during 23 to 27.6.2010.

He expresses his sincere thanks to Dr. M.Rajendran, the Vice-Chancellor of Tamil University for his interest and involvement which stimulated him to embark on this venture. His thanks are also due to Dr. V.Jayadevan, Emeritus Professor, University of Madras, Chennai, Professor K.Ramasamy, Officer in charge, Central Institute of Classical Tamil, Chennai and Dr. S.S.Ramar Ilango, Director, Centre of Bharathidasan Studies, Bharathidasan University, Tiruchirapalli for their sustained support to his research. He is immensely thankful to Dr. S.Revathy, Professor of Sanskrit, University of Madras, Chennai, for providing him with some rare books on Sanskrit Classics. The publisher merits all appreciation for the excellent execution of the book. 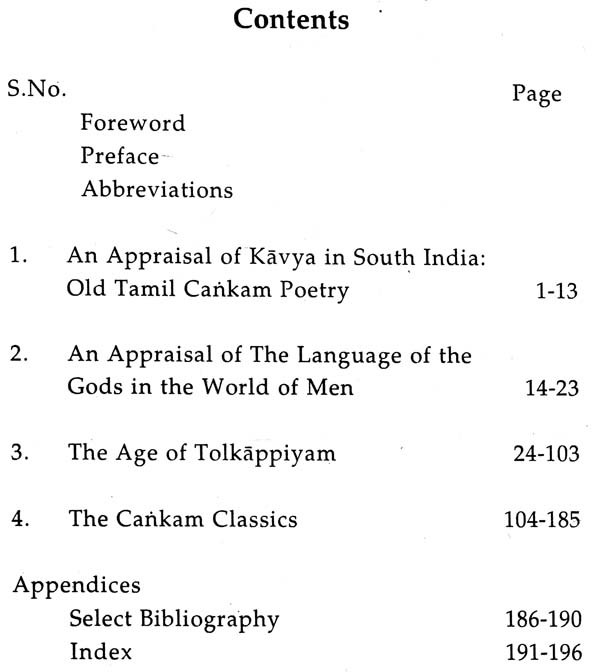 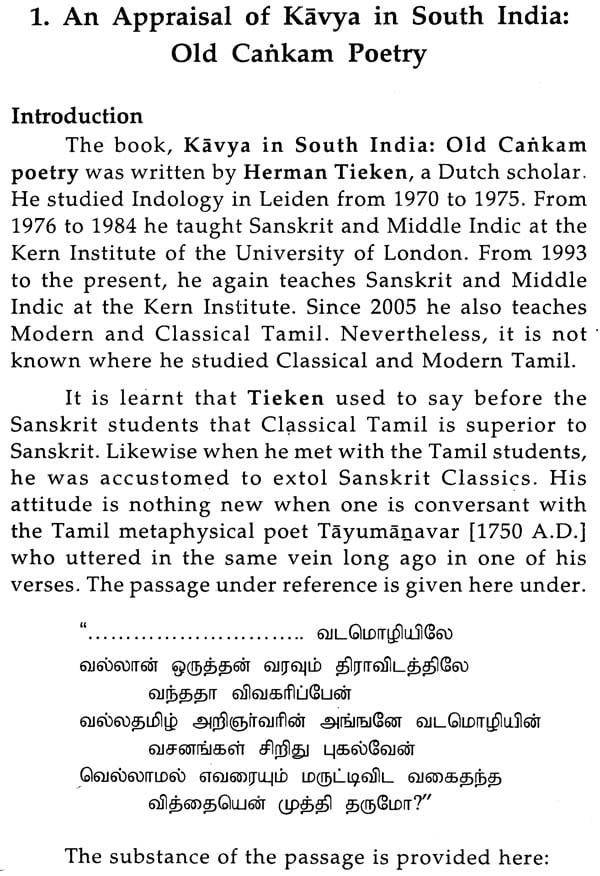 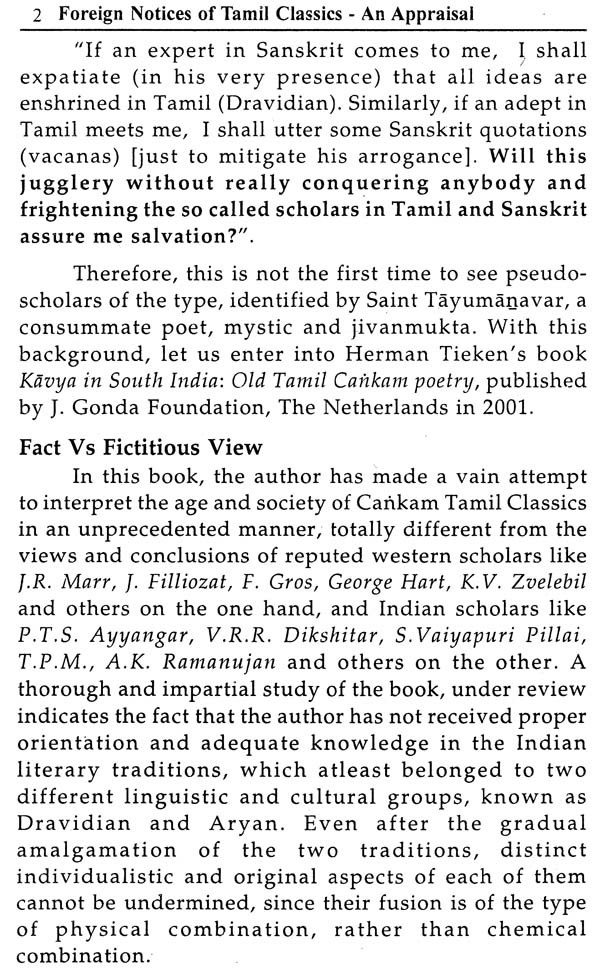 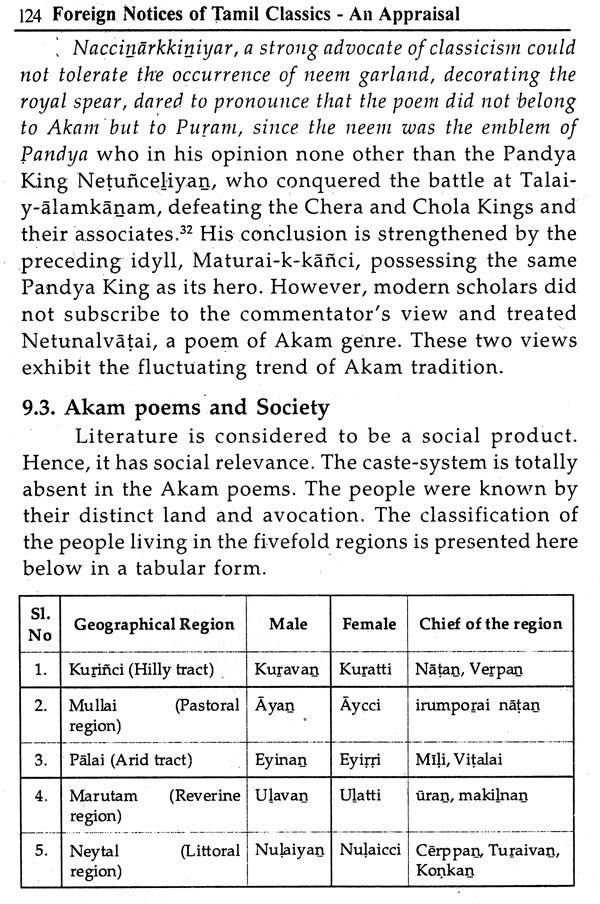 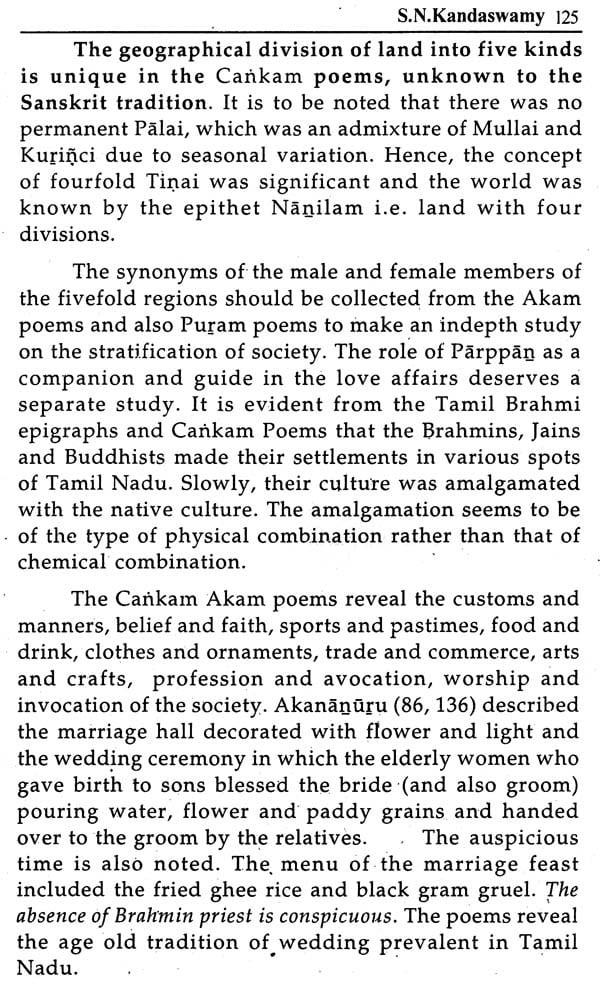 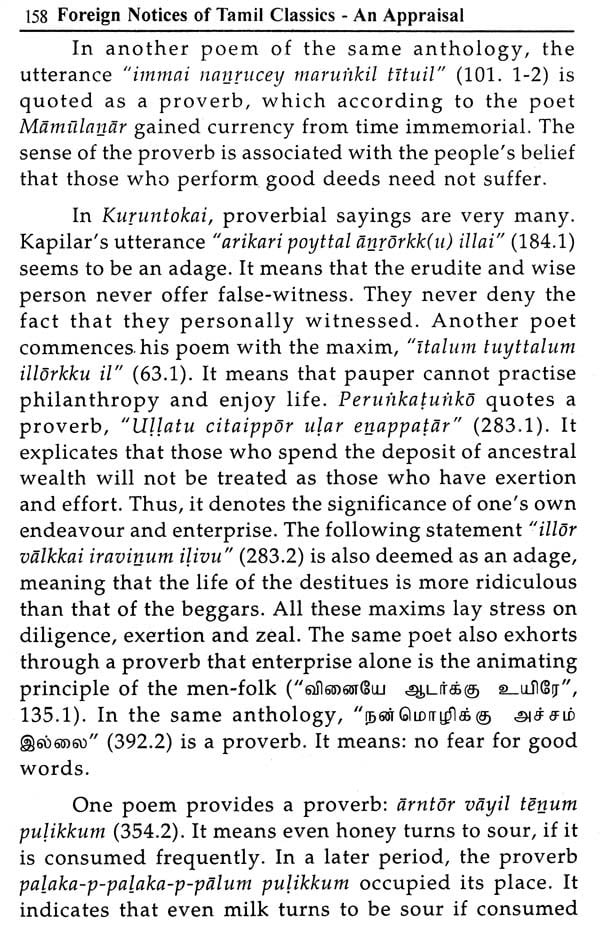 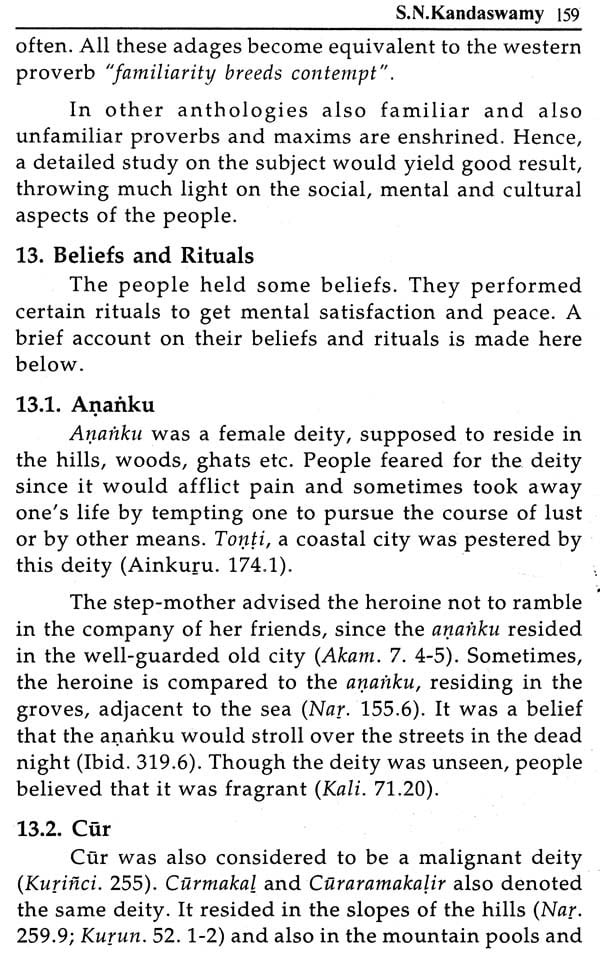