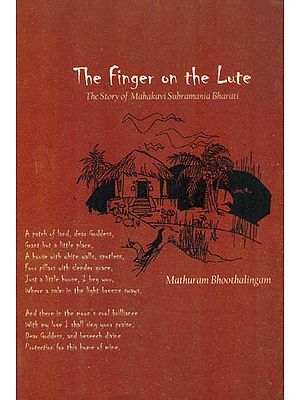 The Finger on the Lute (The Story of Mahakavi Subramania Bharati)

Mathuram Bhoothalingam (1915-2009) was born in a Tamil family and brought up in Bombay. Though educated only upto matriculation level and married young, she later taught herself both Tamil and Sanskrit. She read widely in both English and Tamil, becoming a passionate admirer of the nationalist poet, Subramania Bharati.

She first started writing in Tamil, under the name Krithika, and in 1950s and 1960s, became well-known for her many Tamil novels, plays, short stories and essays. In the sixties, she turned to writing for children in English - the Ramayana, Mahabharata and many other myths, legends, traditional Indian stories and tales because she wanted children to be able to read them in English. Many of these books became popular, were translated into several languages, and are still being printed and available in the market. In later life, she wrote spiritual and philosophical works.

Sad that her favourite Tamil poet and freedom fighter Bharati was little known outside Tamil Nadu, she wrote this biography, first published in 1970, to introduce him to young people who could not read Tamil. All the poems in the book were translated by her.

In the latter half of the nineteenth century, there began to stir in India, a new spirit of nationalism and inquiry. Education spread gradually and the impact of western culture led to a revolt against blind faith, tradition and conventions. In Bengal, Raja Rammohun Roy was the first to be inspired by this desire for social and religious change. Eager to transform the Hindu world, he founded the Brahmo Samaj, a society meant to spread free thought. In Bombay, the Prarthana Samaj followed a similar objective. Writers and thinkers like Bankim Chandra Chatterjee also inspired the movement. Bankim attempted to reinterpret our old ethical values in the light of modern life and thought. His novels awakened the national spirit and his impassioned hymn, Bande Mataram soon became India's national song and remained so until 1947. Keshab Chandra Sen of the Brahmo Samaj launched an ambitious programme of social reform and education. Other writers like Manmohan Bose wrote plays and novels depicting the evils of British rule and prophesying national independence. Ramakrishna Paramahamsa, the great saint, showed by example and precept how to attain the goal of spiritual life as prescribed by the Hindu religion. His disciple Vivekananda gave great momentum to the Indian movement of 'awakening by his eloquent speech on Hinduism in the Parliament of Religions held in Chicago. All thinking Indians dreamed and talked on freedom. The feeling that Indians must free themselves from the British yoke grew steadily until it culminated in the formation of the Indian National Congress. This political organisation met for the first time in 1885. Its convener was an Englishman, Hume, who had been a civil servant in India. During his term in office he had sensed the seething discontent among the people in may parts of the country. He sensed the danger of an outbreak unless Indians were associated more and more with the governance of their country. The founding of the Indian National Congress gave India prestige, quickened her national pride and threw up many leaders-moderate men like Dadabhai Naoroji. Surendranath Banerji, Pherozshah Mehta, R. C. Dutt and Gokhale besides men of a different mould like Aurobindo Ghosh, V. V. S. Aiyar and the poet Bharati.

Life in rural India still moved at the same slow pace. Villages were unspoiled in their natural settings. There were no cinemas and no coffee- houses. The villager was quite happy with temple festivals. nautch parties and street shows of folk dance. Bullock carts were the common means of transport. The jingle of the oxen bells served to announce visitors. The rich, however, owned horse carriages and coaches. They were lazy-the rich- the landlords. the zamindars and the petty rajahas. The poor had nothing but their blind beliefs which compelled them to accept their lot with resignation.

But even the remotest villages were not quite free from the impact of western culture and British rule. The machine age was beckoning. Dreams of establishing industries begain to haunt petty village chieftains. It was in such an atmosphere that the poet Bharati was born in 1882, three years before the Indian National Congress met, in the small zamindari of Ettayapuram, a country town in South India in Tirunelveli District near the famous river Tamraparni, of which the poet Kalidasa had sung. 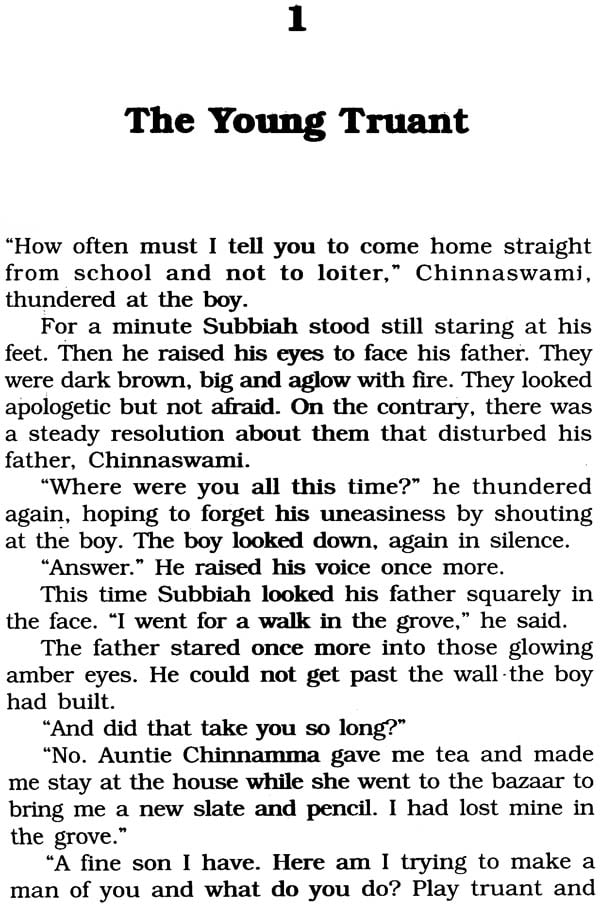 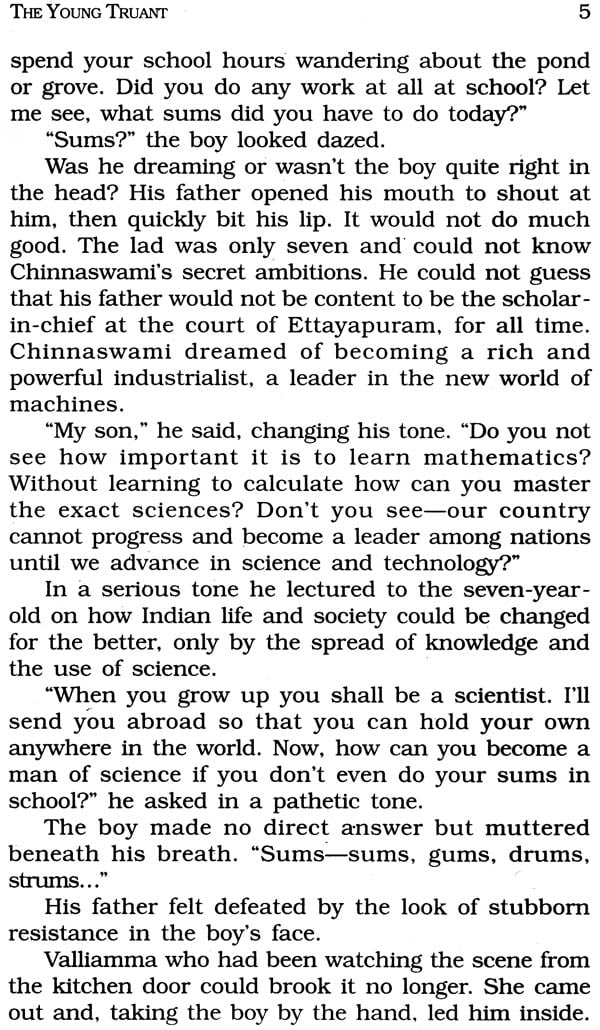 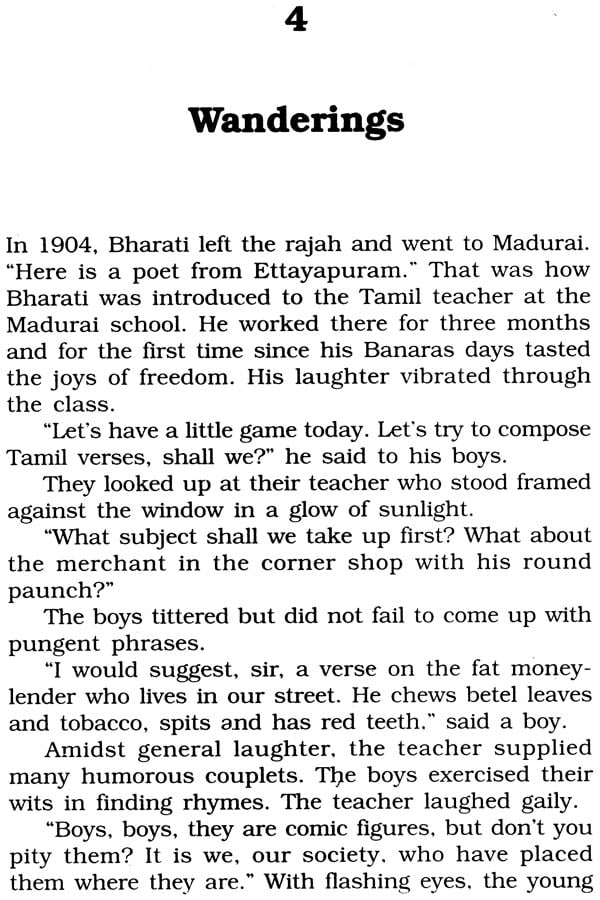 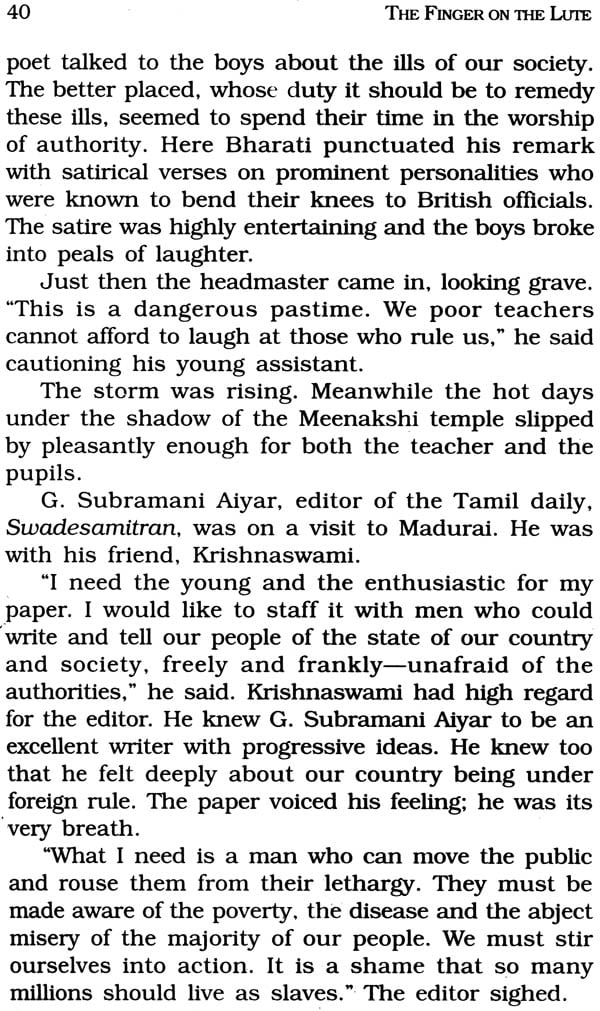 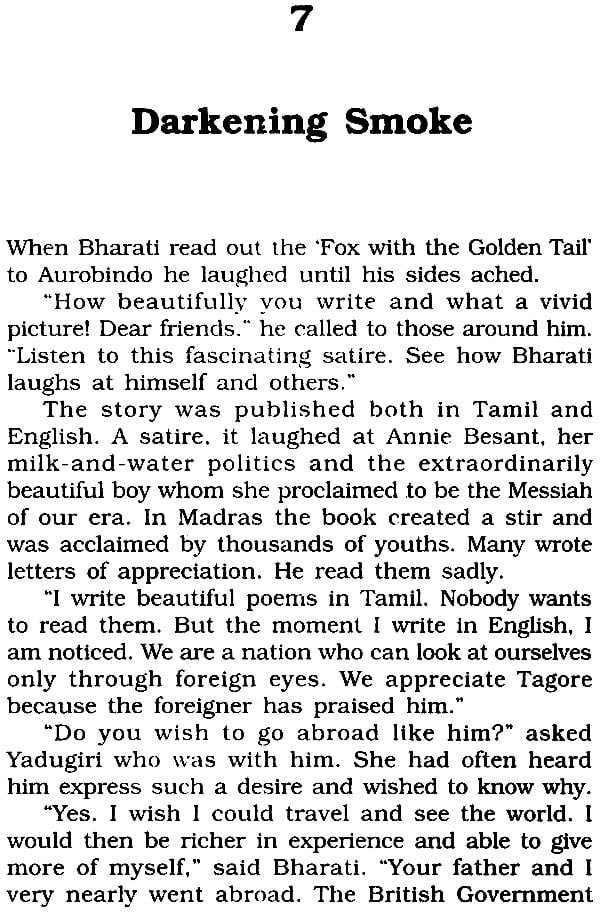 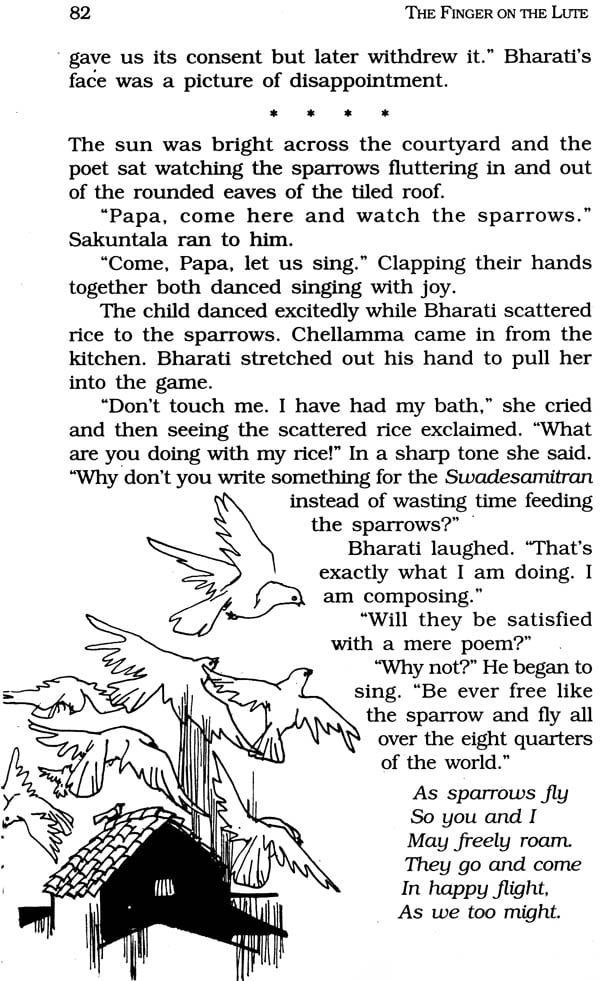 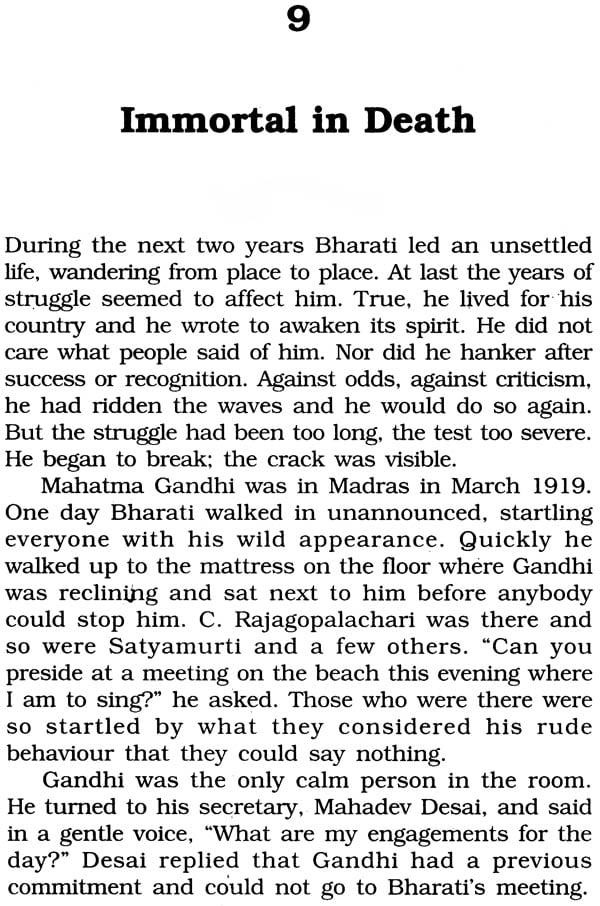 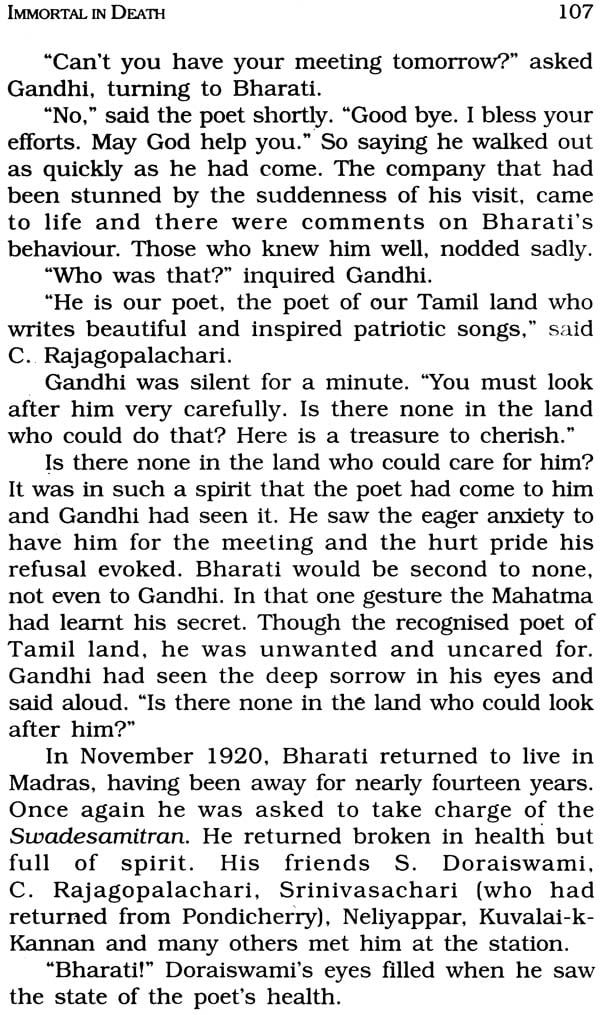 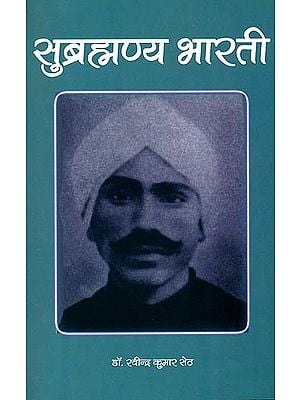 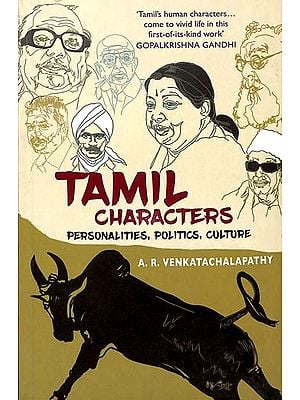