Essays in Philosophy and Yoga

Essays in Philosophy and Yoga contains the short works of Sri Aurobindo that were written between 1909 and 1950 and published during his lifetime. All but a few are concerned with aspects of spiritual philosophy, Yoga, and related subjects. They include the following material:

Essays from the Karmayogin, a weekly newspaper edited by Sri Aurobindo in 1909 and 1910

The Yoga and Its Objects, an important early essay on Yoga, written around 1912

On Ideals and progress, The Superman, Evoluction, and Thoughts and Glimpses, four small books first published in 1920s

The Problem of Rebirth, sixteen essays on Karma, heredity, rebirth and evolution, first serialized in Arya review between 1915 and 1920

The supramental Manifestation upon Earth, eight essays on the future evolution of man, written in 1949 and 1950.

The early works in this book serve as a fine introduction to the central ideas of Sri Aurobindo’s spiritual philosophy and method of yogic practice. The final work, written shortly before his passing, presents his vision of the future of humanity.

The changes we see in the world today are intellectual, moral, physical in their ideal and intention: the spiritual revolution waits for its hour and throws up meanwhile its waves here and there. Until it comes the sense of the others cannot be understood and till then all interpretations of present happening and forecast of man’s future are vain things. For its nature, power, event are that which will determine the next cycle of our humanity.

Sri Aurobindo was born in Calcutta on 15 August 1872. At the age of seven he was taken to England for his education. He studied at St. Paul's School, London, and at King's College, Cambridge. Returning to India in 1893, he worked for the next thirteen years in the Princely State of Baroda in the service of the Maharaja and as a professor in the state's college.

In 1906 Sri Aurobindo quit his post in Baroda and went to Calcutta, where he became one of the leaders of the Indian nationalist movement. As editor of the newspaper Bande Mataram, he put forward the idea of complete independence from Britain. Arrested three times for sedition or treason, he was released each time for lack of evidence.

Sri Aurobindo began the practice of Yoga in 1905. Within a few years he achieved several fundamental spiritual realisations. In 1910 he withdrew from politics and went to Pondicherry in French India in order to concentrate on his inner life and work. Over the next forty years, he developed a new spiritual path, the Integral Yoga, whose ultimate aim is the transformation of life by the power of a supramental consciousness. In 1926, with the help of his spiritual collaborator the Mother, he founded the Sri Aurobindo Ashram. His vision of life is presented in numerous works of prose and poetry, among the best known of which are The Life Divine, The Synthesis of Yoga, Essays on the Gita and Savitri. Sri Aurobindo passed away on 5 December 1950.

Essays in Philosophy and Yoga consists of short works in prose written by Sri Aurobindo between 1909 and 1950 and published during his lifetime. All but a few of them are concerned with aspects of spiritual philosophy, yoga, and related subjects. Short writings on the Veda, the Upanishads, Indian culture, political theory, education, and poetics have been placed in other volumes.

The title of the volume has been provided by the editors. It is adapted from the title of a proposed collection, "Essays in Yoga", found in two of Sri Aurobindo's notebooks. Since 1971 most of the contents of the volume have appeared under the editorial title The Supramental Manifestation and Other Writings.

Many of the essays in Part Three were revised slightly by the author and published in small books between 1920 and 1941. The editors have retained the titles and arrangement of most of those books.

The texts of the pieces have been checked against the texts published in journals and books during Sri Aurobindo's lifetime. 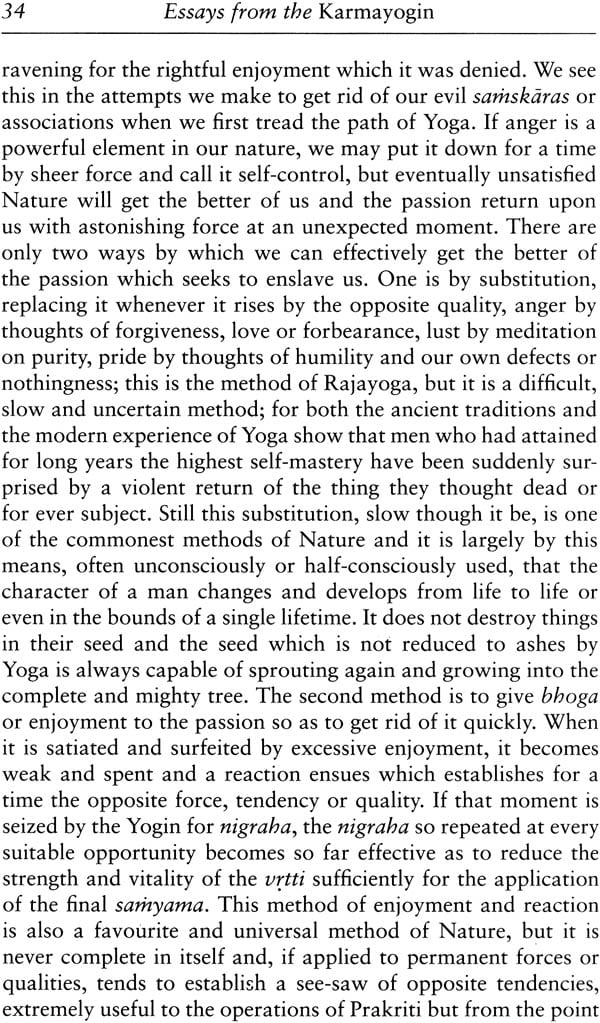 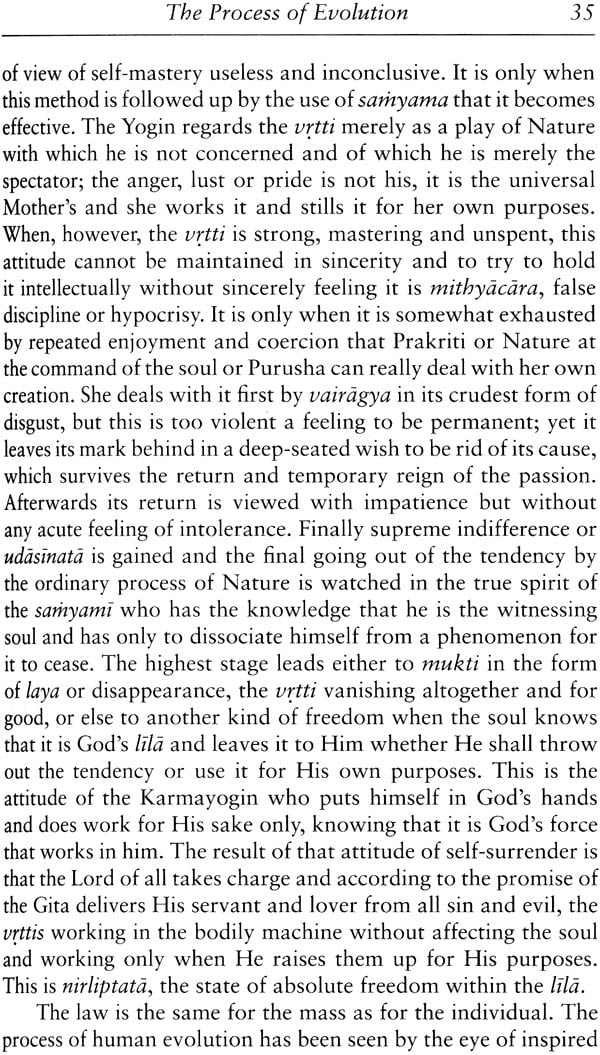 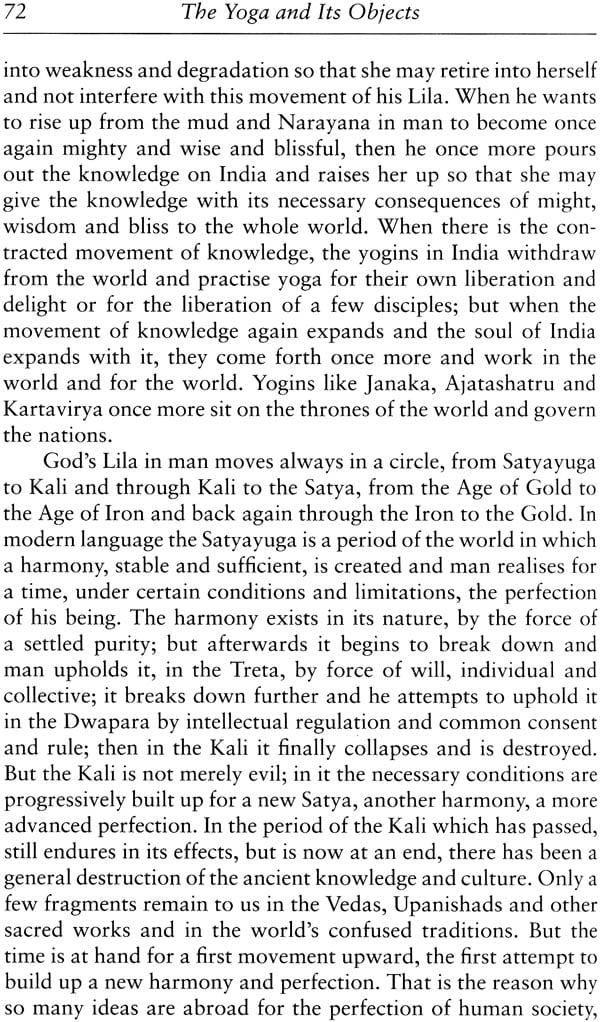 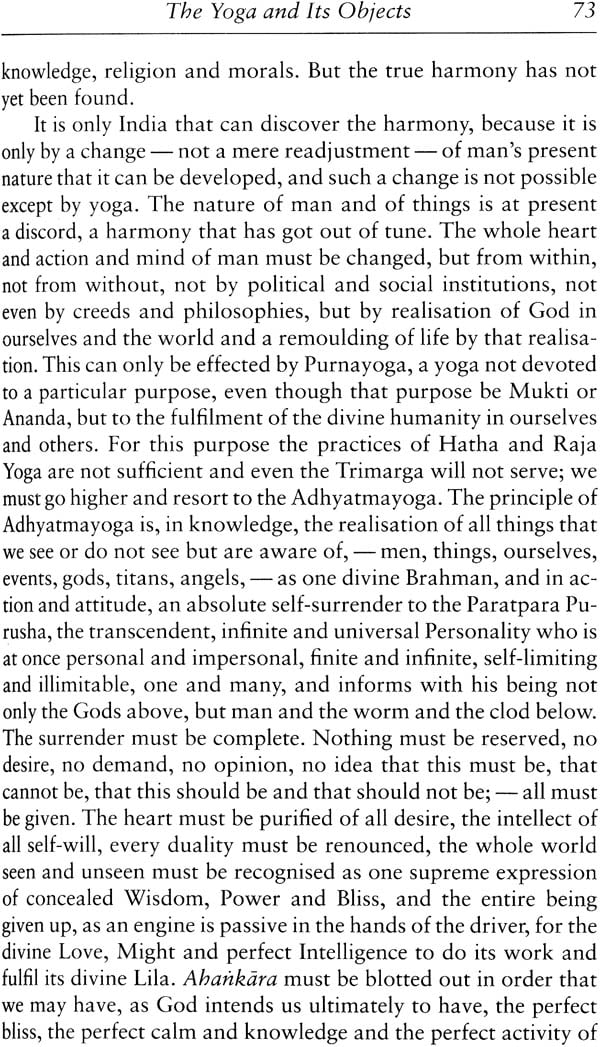 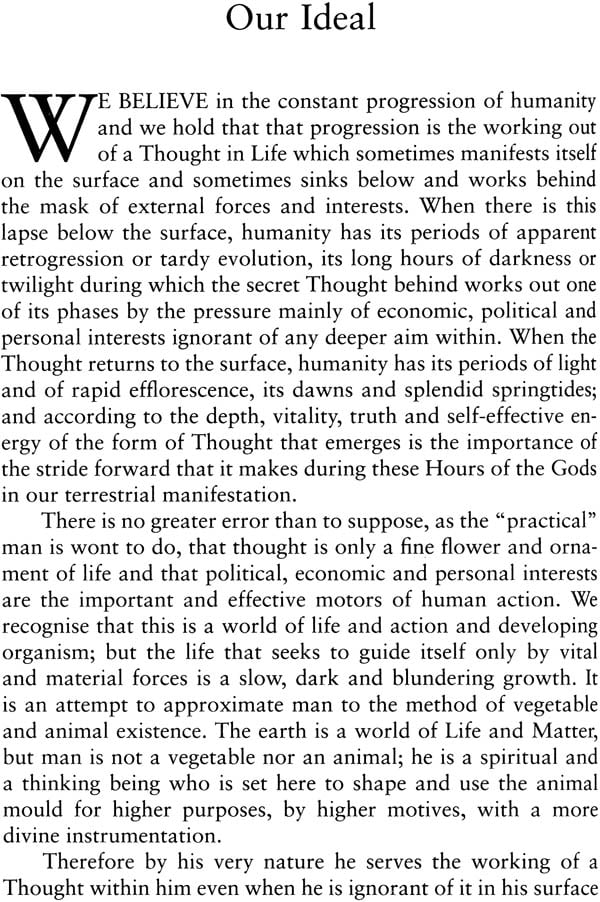 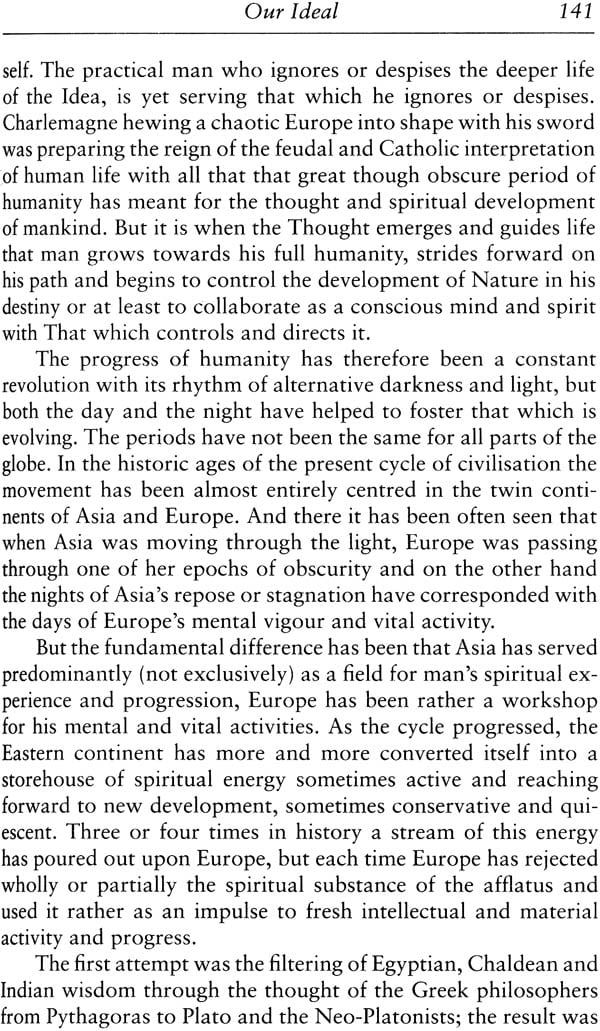 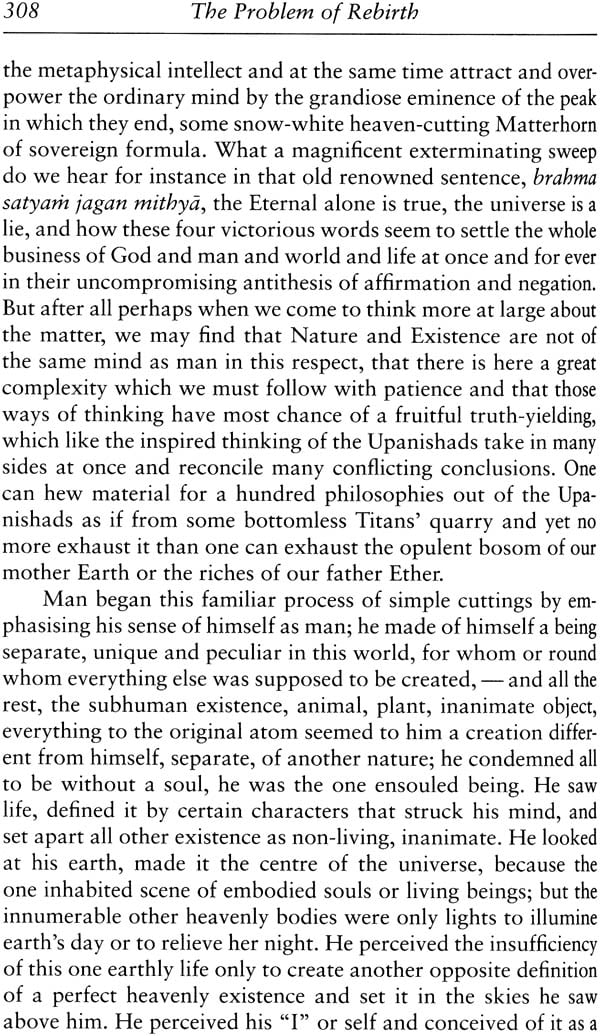 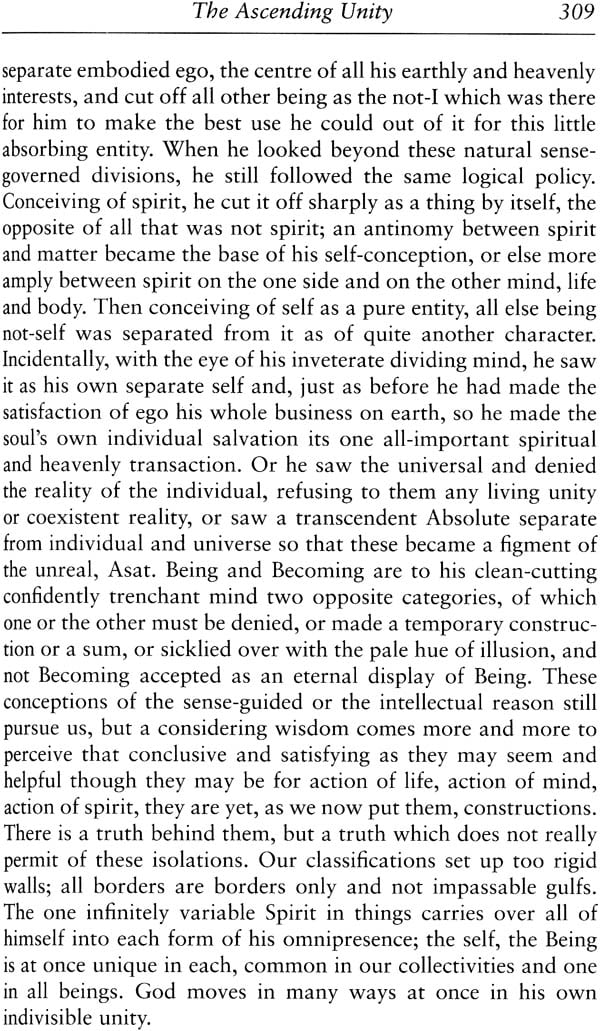 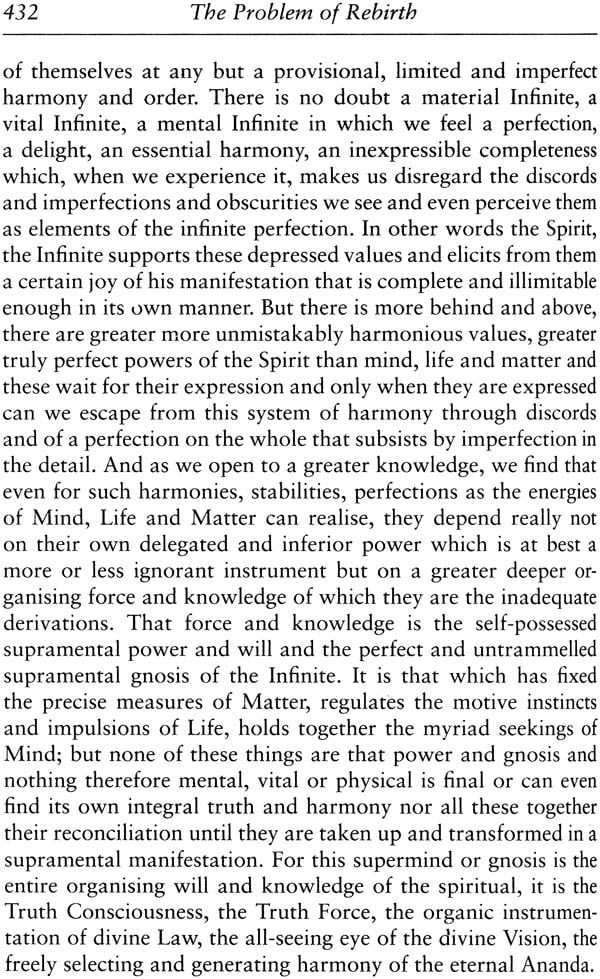 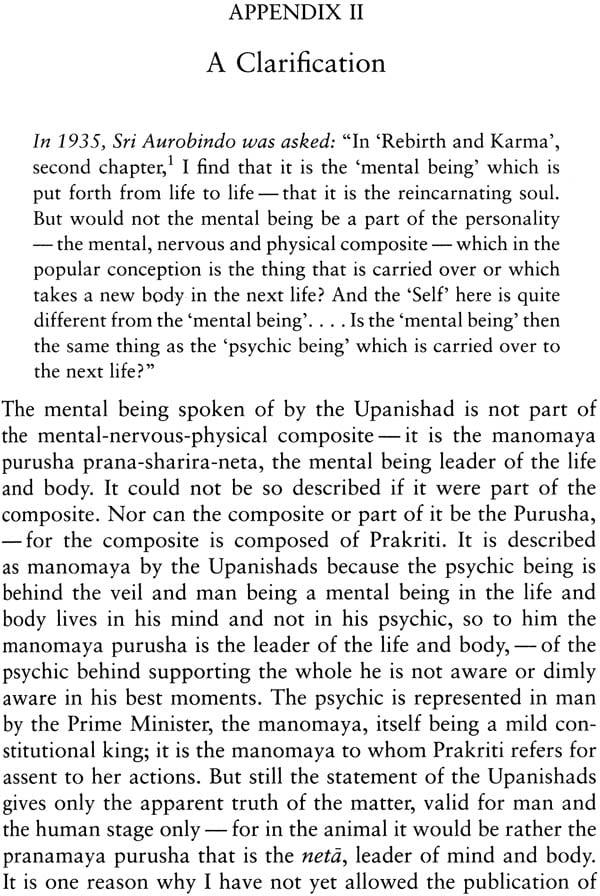 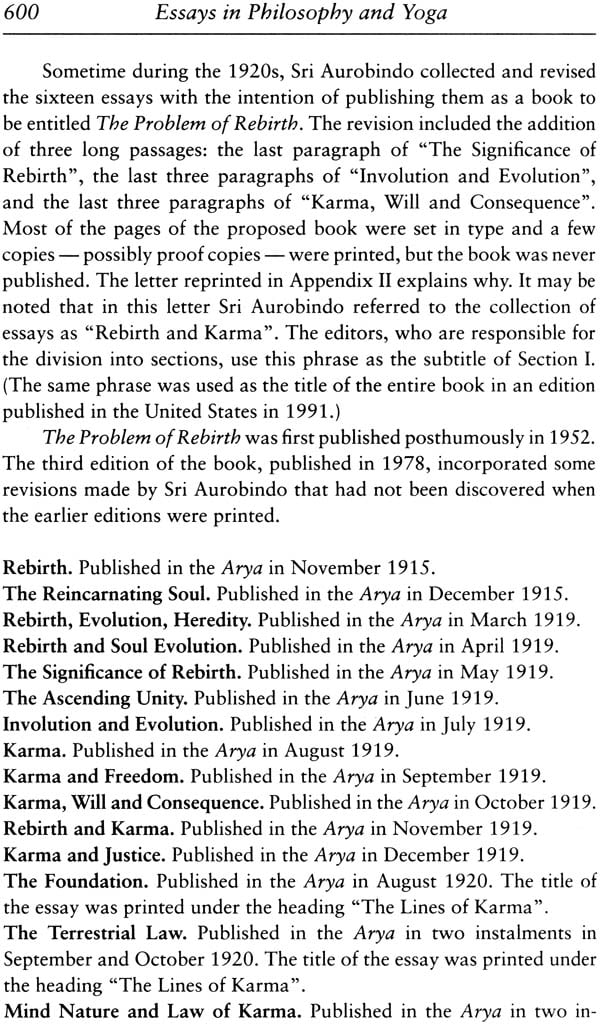 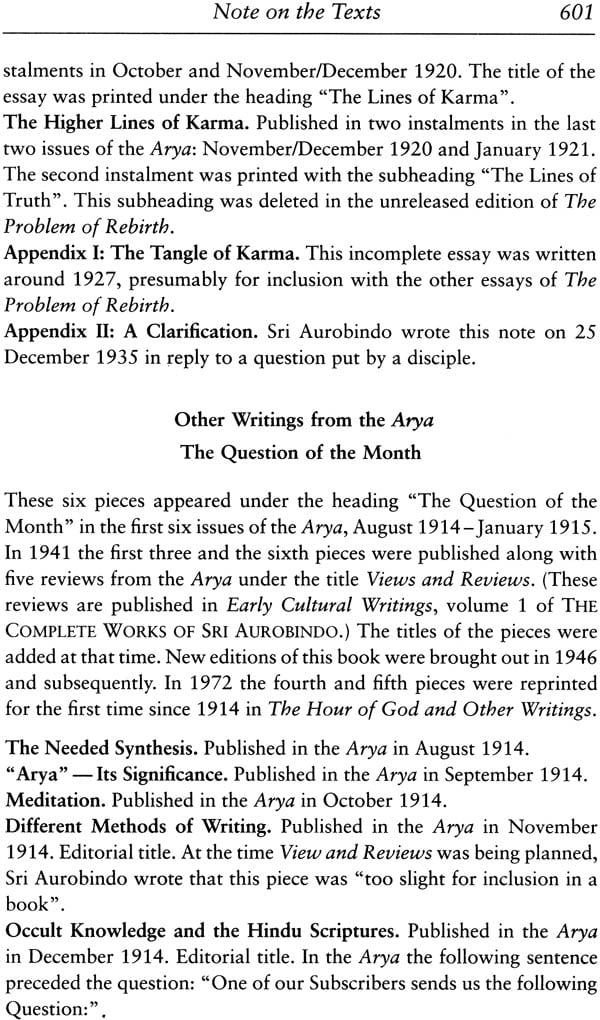 Seven Quartets of Becoming: A Transformative Yoga Psychology Based on the Diaries of Sri Aurobindo
By Debashish Banerji
$49
FREE Delivery Seven Quartets of Becoming: A Transformative Yoga Psychology Based on the Diaries of Sri Aurobindo
By Debashish Banerji
$39
FREE Delivery