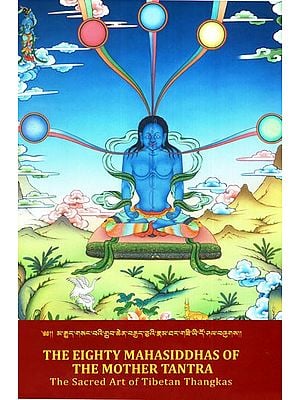 TSADZIN LOPON GESHE MONLAM WANGYAL PUGYALWA is from the Pontsang clan which originated from the Dong Lineage. The first Pontsang clan was from Kham, Chamdo, Tibet. The clan had many great masters who were meditators and practitioners of Dzogchen, such as Lama Kunga Tsultrim, Lama Rinchen Tenzin, Pontsang Thekchok Rinpoche, and Khandro Tshuga Rinpoche. The Pontsang clan had seven generations of great artists whose religious art and paintings followed the ancient traditional Tibetan artistic canon. Lopon Monlam Wangyal started learning the Tibetan language at the age of seven and he was schooled at home by his grandfather, Pontsang Takla, for eight years. He was taught thangka painting by his uncle, Pontsang Lodoe Gyurme (also a monk) who was a highly skilled and well known artist of his time. After his uncle's passing, he learned from another famous artist called, Dhondo Tsering Yomphel, who is Yongdzin Lopon Tenzin Namdak Rinpoche's uncle.

At the age of eighteen, Tsadzin Lopon Monlam Wangyal became a monk at Thongdrol Ritro Monastery in Kham, Tibet. In 1992, he went to India and studied the Yungdrung Bon Sutras, Philosophy, Astrology, Tibetan Grammar, and Poetry at Menri Monastery. In 1997, he came to Nepal and studied the Tantras, Dzogchen, Mandala Painting, Tibetan Medicine, and Tibetan History at Triten Norbutse Monastery. He has acquired knowledge on the Sciences of Buddhists learning, took responsibility of Disciplinarian/Gekhod, and Librarian for ten years after which he was honored with the title of "Tsadzin Lopon".

In 2013, he went to Mongolia for a conference of the International Association of Tibetan Studies (IATS) and in the same year he went to Korea to attend the 8th International Congress on Traditional Asian Medicine (ICTAM).

Tsadzin Lopon began painting these Eighty Thangkas of the Great Accomplished Ones of antiquity, Drubthob Chenpo/Mahasiddhas, in early 2009 and completed them in 2014. The main objective behind these paintings is to give a clear and simple explanation of their true meaning in a new and original way to facilitate comprehension and understanding.

This world is formed by the Five Elements. Human beings are the only living beings who have riches, wisdom, as well as enduring wealth, and their capabilities and intellectual ability can dominate everything in the world. The practice of Mahayana/Thegpa Chenpo Secret Mantras originates from the high plateau called Zhang Zhung in Western Tibet. With this book, I would like to present that knowledge and its cultural background to the general public.

There were Eighty Great Practitioners of the Magyud/Mother Tantra Teachings in the early centuries. All of them were very influential personas during their time. The practice of energy control and the Magyud Secret Mantras by these Mahasiddhas/Drubchen helped to release sentient beings from suffering, create a peaceful state of mind, and preserve good health. Through physical Tsa Lung exercises they were able to keep their bodies active and youthful. With breathing exercises they could prevent and cure diseases.

These Great Masters could control their inner energies by meditating on the flow of psychic energy (Tsa Lung Thigle Nyamlen), on the Blissful Essence of Reality (Nelug Dewa Chenpo), and on the Empty Nature of all phenomenal existence (Tongpa Nyi Kyi Rangzin). Through these practices they could transform the Three Doors of Body, Speech, and Mind into the pure state of mind of an Enlightened Being. In this pure state of mind, all mental obscurations (Dripa Nyi), emotional defilements (Nyon Mongpe Drip), and cognitive obscurations (Shejye Dripa) are purified in the Wisdom of Primordial Awareness.

The main source for the hagiographies of the early Masters and Mahasiddhas presented in this book is the text called "The Rosary of Constellations" (Drubchen Chakchod Gyukar Tengwa), which is included in the Collection of Books of the Magyud Teachings written by the great Bonpo Master Shen Nyima Gyaltsen (born 1361 CE), from TOnpa Shenrab's Lineage. This text refers to the Transmission of the Series of Teachings originating from Kuntu Zangpo, the Primordial Buddha who represents the Absolute Wisdom Body (Dharmakaya/Bonku).

The Magyud Teachings came from Zangza Ringtsun to Yongsu Dagpa (Mahasiddha #4), who later taught it to the gods (lha) in their Extended Version. Milli Samlek (Mahasiddha #5) then received these teachings and perfected his practice during his years of study and meditation. He transmitted the teachings in the Medium Length Version to human beings. The teachings were then given to Lobon Yeshe Nyingpo (Mahasiddha #6) who passed them on in the Short Version to the nagas (underground deities). These three Masters, "Lha, Lu, Mi Ye Shen Sum", constitute the Early Lineage (Nga Dar).

Words From The Conceptual Realm

Since ancient times many scholars, possessing both brilliant intelligence and knowledge, have sought their way to the Tibetan Plateau surrounded by pristine snowy mountains to establish the foundations for the traditional culture. Every corner of the mountains and valleys has been a sourace of knowledge and wisdom on which a tradition of peace and spiritual values has been based and this has indelibly influenced the principles of Tibetan Buddhism and Tibetan people. This tradition provides guidance to the rest of the world, even today.

Tibetan people have never abandoned their faith and spiritual aspirations. Difficulties have been faced and overcome by practicing compassion which is embedded in the spirit of the people as if cast in stone.

Due to the lack of research in the artistic and literary traditions of the ancient kingdom of Zhang Zhung, we have not yet been able to get a comprehensive view of the history of Tibet. To accomplish this task one would need to study not only past events but also literature, culture, and traditions of Greater Tibet including the scriptures on the early Sages of Zhang Zhung. Only in this way could one get a wider and more accurate understanding of the history of Tibet.

Geshe Monlam Wangyal has worked courageously and has faced hardships and difficulties while painting the thangkas of the Eighty Mahasiddhas. In this context, I want to appreciate his genuine character. Sound spirits will also appreciate his work and be pleased with the result.

In order to approach this subject with a genuine open heart and mind and to avoid comparisons between other traditions and competitions between ideologies, Geshe MOnlam Wangyal has said, "I don't want to be in any place where there is a lot of competition. This world is quite spacious. I would rather go to some other beautiful place than to that place."

Hereby, I would like to convey my heartfelt thanks and best wishes to Geshe Monlam Wangyal. 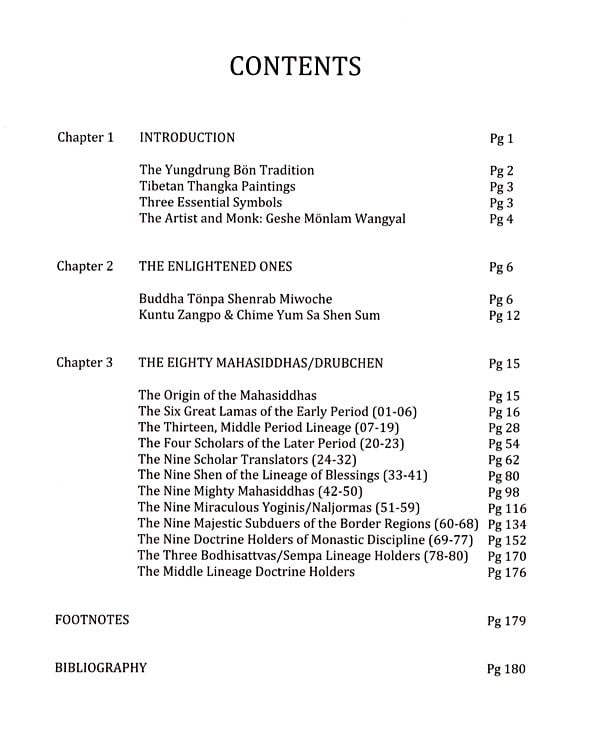 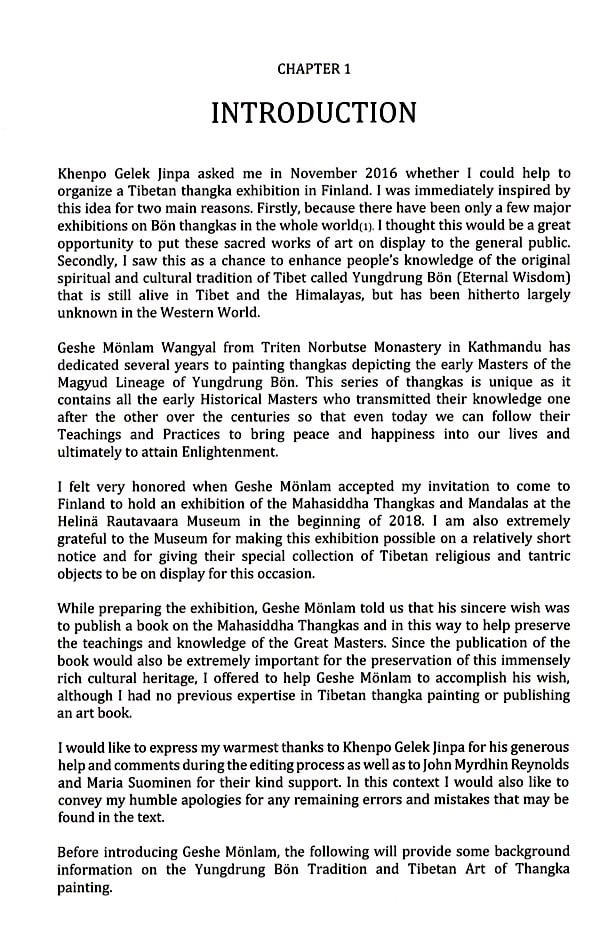 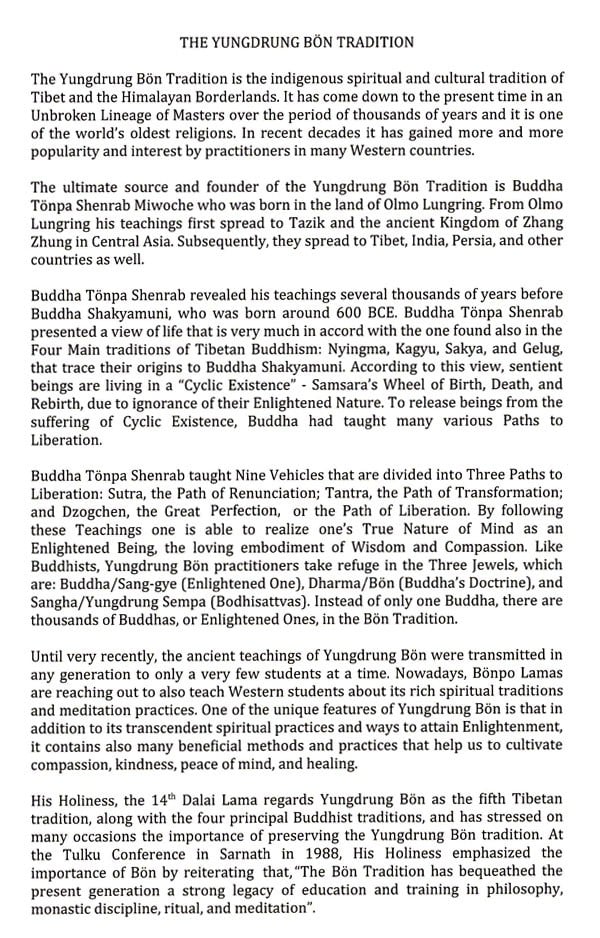 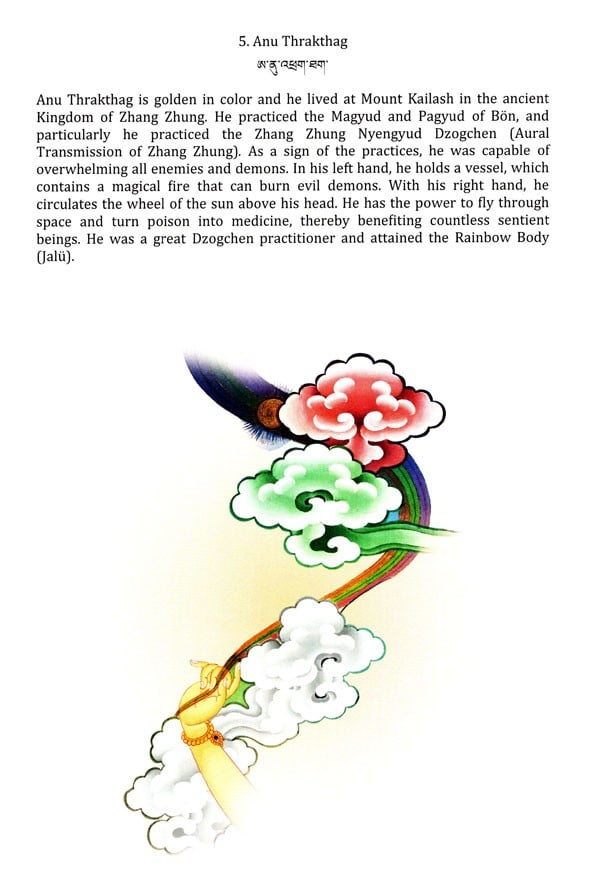 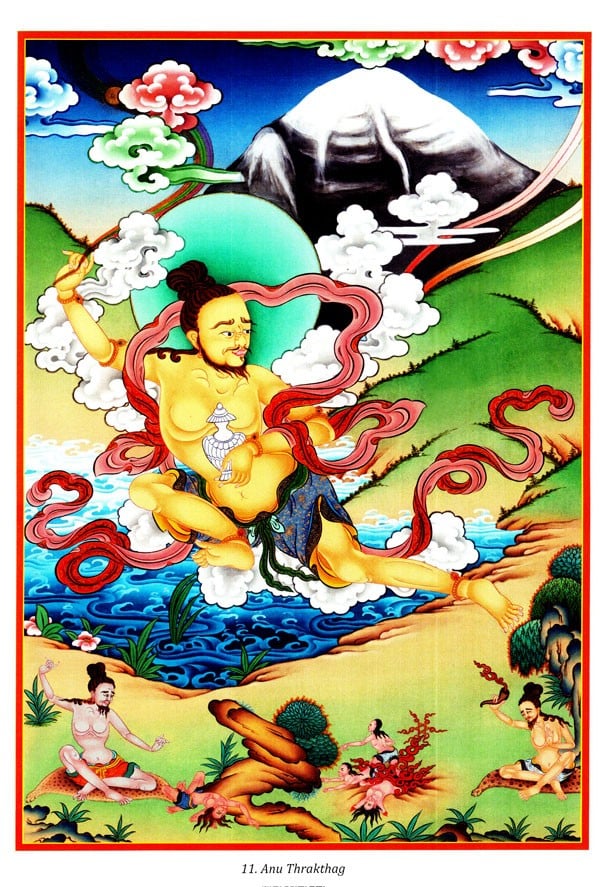 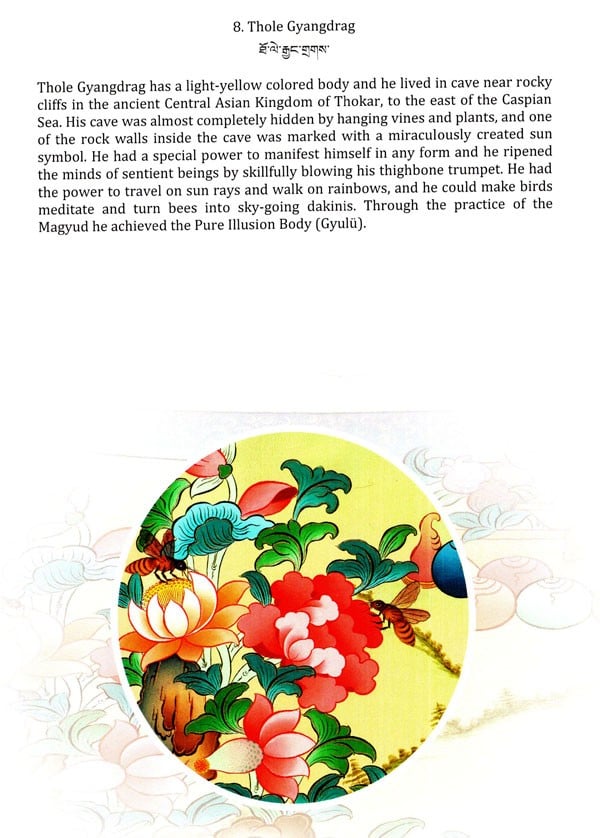 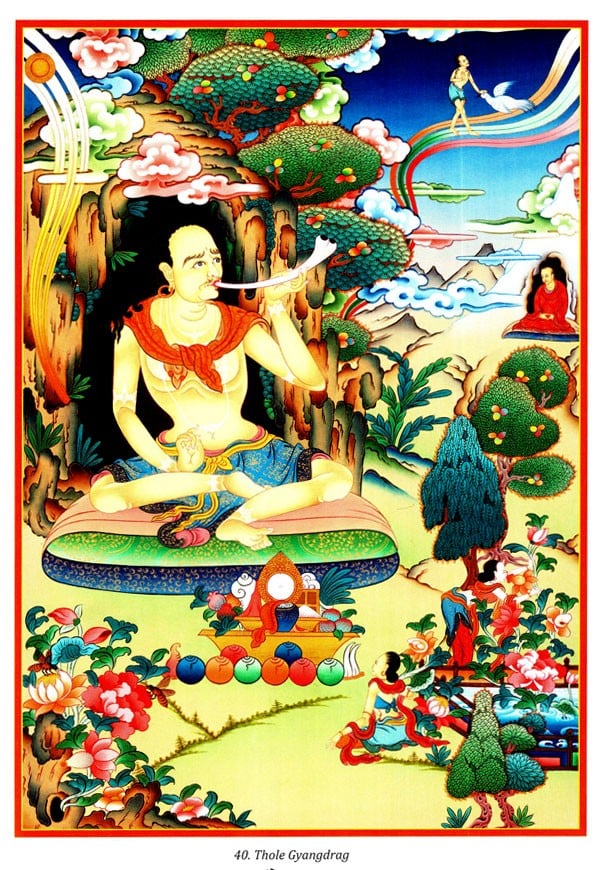 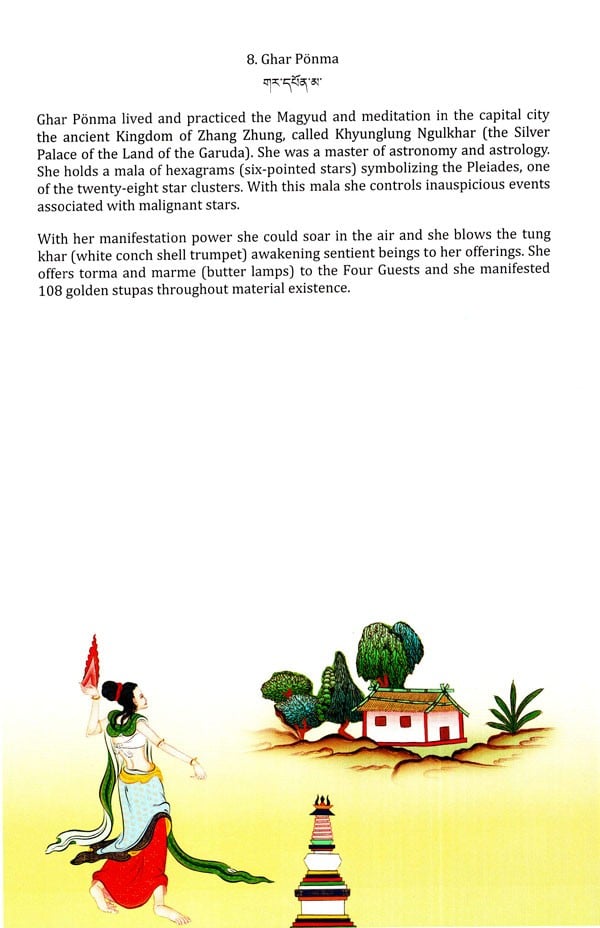 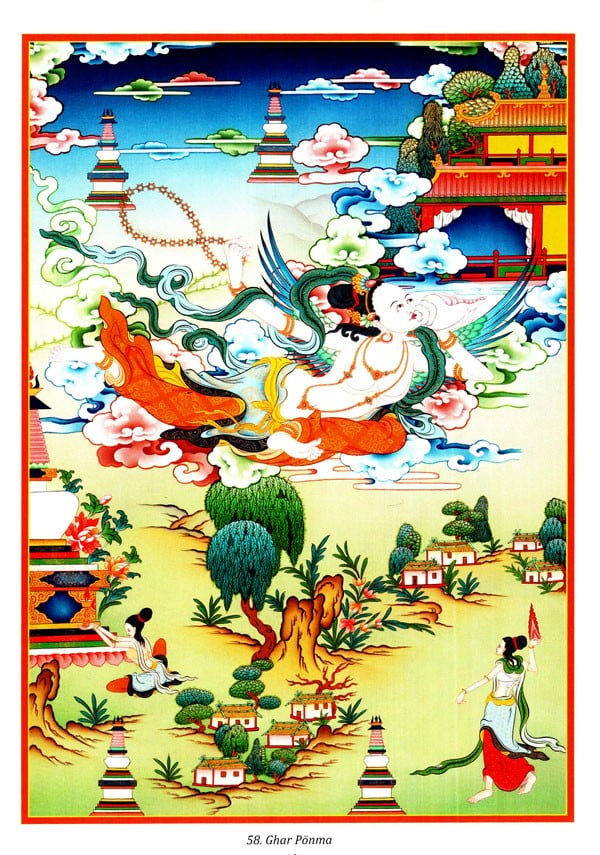 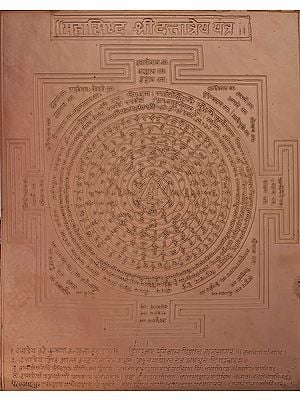 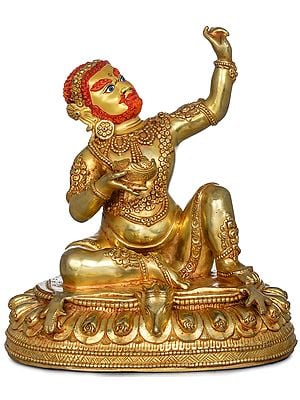 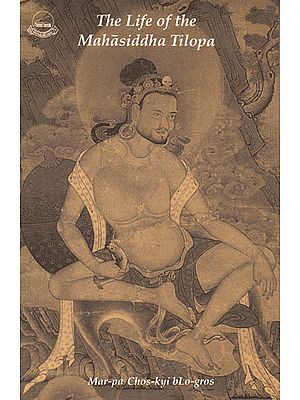 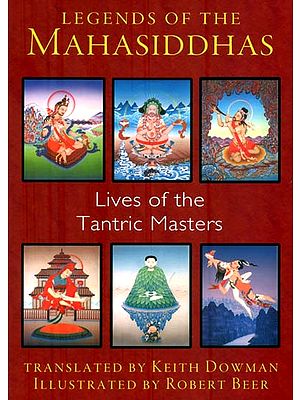 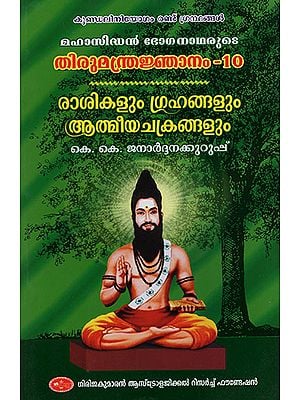 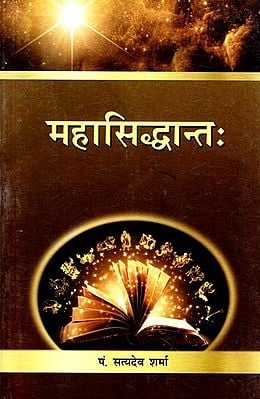 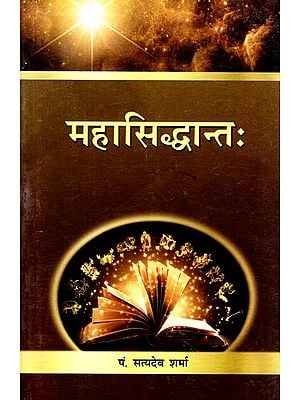 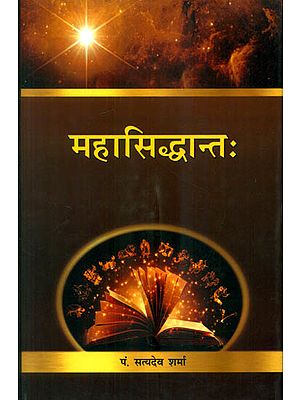