In December 1971 Bangladesh was born. Its birthing was painful: it had suffered a brutal genocide conducted by its former countrymen from West Pakistan, and a war between the indigenous Mukti Bahini (liberation army) and the Indian armed forces on one side, and the West Pakistani armed forces on the other. War broke out on the western and eastern fronts in December 1971 and ended quickly; the Pakistan Army surrendered in Dacca two weeks later. A significant factor in facilitating the Indian Army's progress to Dacca was the Indian Air Force (IAF), which neutralized the Pakistan Air Force (PAF), and provided deadly, timely and accurate firepower to support the Indian Army.

Eagles Over Bangladesh: The Indian Air Force in the 7977 Liberation War, which covers the IAF's operations in the eastern sector, provides a day-by-day recounting of the IAF's activities, commencing with raids on Dacca on the first day of the war, and moving on to the final coup de grace delivered on the Governor's House. This account of the 1971 air war, enriched by first-person descriptions from IAF pilots, will appeal not only to strategic experts, military planners and aviation enthusiasts, but also to the lay reader.

P.V.S. Jagan Mohan, co-author of The India-Pakistan Air War of 1965 (Manohar Publishers, 2005), is the leading historian of the Indian Air Force. He has served as co-editor of the Bharat-Rakshak.com defence portal since 1999, and in 2007, was awarded a 'Chief of Air Staff Commendation' by the Indian Air Force for his contributions to IAF history. In 2013, he received a fellowship from the Centre for Armed Forces Historical Research (USI) under the General Palit Military Studies Trust to carry out research into the early history of the Indian Air Force.

Samir Chopra is professor of philosophy at Brooklyn College of the City University of New York. He blogs at The Cordon on ESPNcricinfo and at samirchopra.com. He can be found on Twitter as @EyeOnThePitch. He is the co-author or author of: The India- Pakistan Air War of 1965 (Manohar Publishers, 2005); Decoding Liberation: The Promise of Free and Open Source Software (Rout ledge, 2007); A Legal Theory for Autonomous Artificial Agents (University of Michigan Press, 2011); and Brave New Pitch: The Evolution of Modern Cricket (HarperCollins, 2012).

In December 2003, we finished our first book on military aviation history, The India-Pakistan Air War of 1965, the first of its kind chronicling the Indian Air Force's (IAF) effort in the 1965 war. Almost immediately we knew we had to chronicle the IAF's effort in the 1971 war. Even though, unlike 1965, some accounts had been written about the 1971 air war, there was still an opportunity for an accurate and comprehensive single point of reference to be written.

After The India-Pakistan Air War of 1965 was published in June 2005, we started work on the 1971 air war project. We soon realized we had taken on a truly gigantic task. The 1971 air war involved twice the effort of the 1965 air war in two-thirds the duration. It was fought on two fronts, thousands of miles apart, in two weeks of intense fighting. Just one day's operations in the 1971 war would attain many of the statistical goals achieved by the IAF in the entire 1965 war. The work involved in chronicling this air war was daunting.

Two years on, we decided we would split the book into two volumes. The first volume would cover the operations in the east, the second, operations in the west. What was supposed to have been a quick project, turned into an almost eight-year effort. The years that passed saw Jagan move to the US, and start his career in a new line of work, even as his family responsibilities increased. Meanwhile Samir grew busy with his academic responsibilities and research. These changes in our lives had an impact on our timelines and schedules for this book.

Even though we now restricted ourselves to one front, it was still not an easy task. Unravelling the operations conducted on the very first day of the air war, 4 December 1971, was the most critical challenge we faced. That day saw the most intensive aerial operations of the war; unravelling the sequence of events through the day required months of meticulous research.

Our sources of information for the book include interviews with Indian Air Force (IAF) personnel that fought in the war, war diaries of squadrons, open source material available from both India and Pakistan, including magazine articles, fictionalized accounts and books by Indian and Pakistan army personnel that addressed the conflict on the ground. While the IAF itself has apparently made some records publicly accessible in the Ministry of Defence Historical Cell, time and distance prevented us from consulting them. Still, our contact with ex-IAF personnel provided us with unique information: pilot's logbook scans, never before published photographs and personal details on the men who fought the war. We used several unpublished reports to crosscheck details and verify claims. We were lucky in that, early on, we ran into several sources that provided us with access to some official records, which proved invaluable. One criticism we faced in our previous book was that we gave inadequate coverage to some squadrons; this was mostly due to paucity of information and lack of contacts. To prevent a similar issue in this book, we tried to get as much information as possible on all the units that took part in the operation.

In the final analysis this remains an entirely private effort to chronicle the history of the 1971 Liberation War.

Eagles Over Bangladesh: The Indian Air Force in the 1971 Liberation war, like our book on the 1965 war, aims to fill in the gaps regarding a military conflict that took place almost four decades ago.

In December 1971, Bangladesh was born. Its birthing was among the most painful of any new nation: it had suffered a brutal genocide conducted by its former countrymen from West Pakistan, and a war for liberation fought between the indigenous Mukti Bahini (Liberation Army) and the Indian armed forces on one side, and the West Pakistani armed forces on the other. Scholars and historians of war have often hailed the Indian military intervention in the former East Pakistan as a classic example of a 'just war', one fought to prevent catastrophic human disasters- mass killings and rape being the most prominent-from growing even worse. While armed conflict between the Mukti Bahini and the West Pakistan Army had commenced almost immediately after the West Pakistani crackdown in the east began in early 1971, Indian military involvement began only much later in the year, before open war broke out on the western and eastern fronts in December 1971. War ended quickly; the West Pakistan Army surrendered in Dacca two weeks after it began, while away in the west a stalemate had developed.

A significant factor in facilitating the Indian Army's rapid progress to Dacca was the Indian Air Force (IAF), which having learned a great deal from its mixed record in the 1965 war with Pakistan, proved itself to be a formidable fighting force: it quickly neutralized the Pakistan Air Force (PAF) as an opponent, and provided deadly, timely and accurate firepower from the air to support the Indian Army on the ground.

The IAF flew a variety of missions in the Liberation Wars eastern front: counter-air raids on airfields including steep-glide dive-bombing attacks on runways, air combat with PAF Sabres, helicopter-borne operations, paradropping, shipping attacks and so on. As in the 1965 war, the IAF used aircraft beyond their intended performance profiles. It lost men and aircraft alike, but continued to function as an efficient force throughout the war. It made mistakes too, but learnt from them quickly.

Our book begins with a brief description of the events that influenced the development of the Indian and Pakistan air forces in the years leading up to the war. These chapters help the reader to appreciate the challenges confronting these forces: in each case, the political circumstances of India and Pakistan drove their respective purchasing policies. This facilitates, with some brief technical detail, an examination of the orders of battle in 1971. (As might be expected, our discussion of the political background to the Bengali secessionist movement, its foundations in the Partition of India, and West Pakistani-East Pakistani relations is necessarily brief; the interested reader can find a wealth of material on this subject in many other sources.) Our treatment includes the story of the Bengali officers of the PAF who defected to India to form the Kilo Flight, which would eventually constitute the nucleus of the Bangladesh Air Force after the war.

Our narrative of the IAF's air offensive over Bangladesh relies on a day-by-day recounting of its activities, commencing with the raids on Dacca on the first day of the war, and moving on to the final coup de grace delivered on the Governor's House in Dacca. Wherever possible, we have provided first-person descriptions from IAF pilots. 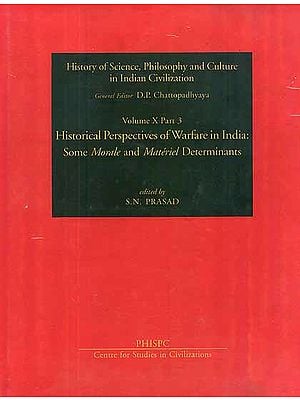 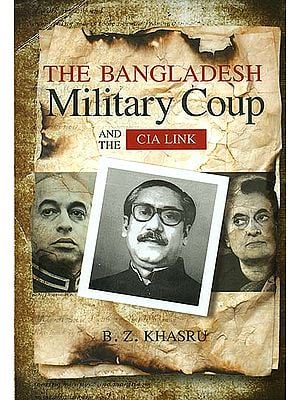 The Bangladesh Military Coup and The Cia Link
By B.Z. Khasru
$52
FREE Delivery 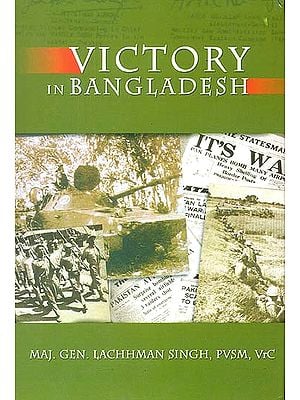 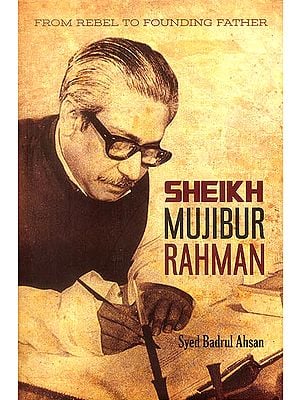 Kashmir: A Tale of Partition (Set of 2 Volumes) (An Old and Rare Book)
By M.G. Chitkara
$125
FREE Delivery 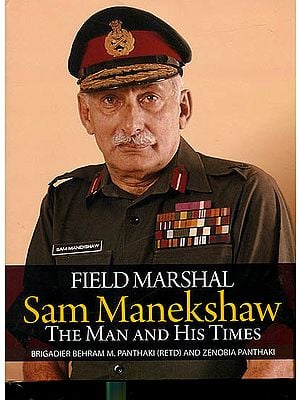