It is with pleasure that we are able to introduce another text in our Bilingual series of translations. The Long-chen Nying-thg Ngon-dro is probably one of the most important liturgical texts for actual meditational practice found in the Nying-ma tradition. It is widely practiced and forms the basis for the introductory meditations of the Dzog-chen, or “Great Completeness” system of practices. Such texts are meant to be followed in close conjunction with direct instructions from a qualified spiritual master. It is supplemented by a concise commentary on the various aspects of the meditation and in the conclusion there is a lucid explanation of the Nying-ma system of dividing the Buddha’s teachings into the Nine Spiritual Vehicles or yanas. Both Tulku Thondup and his editor, Brian Beresford, are to be commended for making this valuable translation available at this time of growing interest in the practice of Tibetan Buddhism. Special thanks are also due to Michael Richards for his excellent help and guidance in preparing the final manuscript for the press, and Ani-la Kelsang Chokyi for her assistance in typing and bringing the work to completion.

The first part of this book is a direct translation of the liturgy on the Preliminary Practices of the Long-ch’en Nying-thig (Klong.chen.snying.thig.) tradition of the Great Completeness, or Dzog-ch’en (rdzogs.chen; mahasandhi) teaching. The text is entitled The Excellent Path to Omniscience (rnam. Mkhyen. Lam. bzang) written by the All-knowing Jig-me-ling-pa (jigs.med.gling.pa) (1729-1798), and compiled by the first Do-drub-ch’en is looked upon as the principle holder of the doctrine. It is in effect a condensed practical handbook of Buddhism for followers of the Vajrayana school of Mahayana Buddhism. Its main subject, though not its sole concern, is the preliminary practices or that which “goes before” (sngon. ‘gro) the actual practice. However, this is somewhat misleading, since it also contains a complete course of practice for achieving Buddhahood itself.

A line by line translation of the full text has been prepared and precedes the Tibetan root text. A few sub-headings have been added for clarity, but these have been placed in parentheses.

The second part of the book is summation of the liturgy, giving a brief yet comprehensive explanation of the method of practice. This summary draws upon instructions I have received from my principle Lamas and from the following texts:

The third part of the book contains a brief outline of the Nine Vehicles of the Nying-ma (rnying.ma) school on the basis of the books of Long-ch’en-pa, Jig-me-ling-pa and others. The kind and able assistance of Mr. Pema Lodro Gyatsho made it possible for me to render this work into English, and thereby make this small book available to its readers. I am greatly indebted to him. I also gratefully acknowledge my thanks to Mr. Pema Thrinley Gyathso and other members of the Buddhayana Foundation, United States of America, for sponsoring the preparation and translation of several works, including this one, in the United States.

Thanks to Ani-la Kelsang Chokyi (Dee) for her assistance in typing and bringing this work to completion.

My thanks also go to Mr. Gyatsho Tshering, the Director of the Library of Tibetan Works and Archives, Dharamsala, for sponsoring the publication of this book. My appreciation also goes to Brian Beresford for his assistance and his work on editing the entire manuscript.

1. The Dzog-chen Nying-thig Lineage
According to the tradition of the Nyingma School, Tibet’s earliest, the highest teaching is known as the Great Completion, or Dzog-pa Chen-po (rdzogs.chen; mahasampatra or mahashandi), or the Atiyoga direct method for realizing the nature of the mind and attaining Buddhahood. The Nying-thig, or the “Essence of the Heart” teachings, precisely explain the various methods for directly actualizing the innermost teachings of the Dzog-pa Chen-po. The Dzog-chen Nying-thig, as a teaching, fundamentally deals with the expression of the doctrine of the Three Kayas, or the Three Perfect Bodies of a Fully Awakened Being, and they have arisen through the three systems of spiritual transmission.

The first is know as the Mind Transmission of the Buddhas. In this system the teacher transmits the teachings to a disciple without using words or any other indication. The disciple attains a state of union with the teacher like a reflection of the moon in the still water, which mirrors a perfect likeness of the moon itself. This level of spiritual transmission is from the Primordial Buddha, Kun-tu Zang-po (kun.tu.bzang.po; Samantabhadra), on the level of the Dharmakaya, or Perfect Body of Truth. The Dzog-chen teachings are then passed on through the level of the Sambhogakaya, the Perfect Body of Enjoyment, which includes the Five Dhyani Buddhas on the level of pure mystic vision.

The second level of spiritual transmission is known as the Knowledge-holder’s Indication system. Here, a Knowledge-holder (rig. ‘dzin; vidyadhara), a being who has direct and pure vision of the nature of reality, manifests to a receptive disciple and transmits the teaching by means of pronouncing a mantra or showing a sign. In this case the Sambhogakaya Being, Vajrasattva, mystically appeared before the Indian teacher Prahevajra who existed on the level of the Nirmanakaya, or Perfect Body of Manifestation, and in one instant transmitted all empowerments and instructions so that Prahevajra spontaneously and effortlessly attained Enlightenment. He in turn transmitted the teachings to his disciple Manjushrimitra, who passed them on to Shrisinha. Shrisinha transmitted his insight to Jnanasutra, Vimalamitra and Padmasambhava, or Guru Rinpoche, the Indian tantric saint who later brought them into Tibet. Vimalamitra also received his teachings from Pramodhavajra and Manjushrimitr, and Padmasambhava himself also received the teaching directly from Manjushrimitra.

The third system of spiritual transmission of the Dzog-chen lineage is that known as the Audial Transmission of the Yogis. In this system the complete verbal empowerment and instructions are transmitted by word of mouth from practitioner to practitioner. This form of spiritual transmission in Tibet initially spread through two lineages in the beginning and the early part of the ninth century. One originates from Vimalamitra, the other from Guru Rinpoche. Vimalamitra transmitted the teachings in Tibet to Nyag Ting-dzin Zang-po and King Tri-song De-tsen and other disciples. From Nyag this unbroken lineage of audial transmission came down to Long-chen Rab-jam, and through various spiritually realized teachers. The other lineage, from Guru Rinpoche, was passed on to his disciple, the Dakini Yeshe Tso-gyal and Princess Pemasal. The texts for these teaching were mystically concealed by Guru Rinpoche, to be unearthed later for the benefit of his disciples. These were later discovered by a male incarnation of the Princess, the teacher Pema La-tro-tsal, and inn his next incarnation as Long-chen Rab-jam-pa. He expounded these teachings together with extraordinary commentaries.

The Innermost Essence teachings through the first lineage are known as the Vimala Nying-thig, and the second are known as the Kha-dro Nying-thig. In this way both of these Innermost Essence transmissions meet in Long-chen Rab-jam-pa, who lived from 1308-1363. From him the uninterrupted audial transmission of these teachings have extended until the present day.

The three systems outlined above are divided here in a very general way. There were also numerous mystical saints and practitioners, both in India and Tibet, who received or gave teachings through the Mind or Indication spiritual transmissions.

In the eighteenth century the spiritual master Jig-me Ling-pa (1729-1798), a reincarnation of the king Tri-song De-tsen, received the complete Dzog-chen Nying-thig teachings in a mystical vision from Manjushrimitra, Guru Rinpoche, Vimalamitra, and Long-chen Rab-jab-pa, through Mind, the Indication and the Audial transmissions, in the state of pure vision. In these visions he saw Long-chen Rab-jam-pa three times, received the blessings of being inseparable from the Spiritual Master and thereby the true state of Perfect Accomplishment, or Buddhahood. He discovered the “Concealed Treasures of Dharma” (gter.chos) of the Long-chen Nying-thig, and thus founded this tradition. The Dzog-chen Nying-thig and the Long-chen Nying-thig are also known respectively as the Earlier and Later Nying-thig teachings. The lineage of Audial transmission through which these have reached my teacher, the Fourth Do-drub-chen Rinpoche, is as follows:

The “Long-chen Nying-thig Ngon-dro”, a visionary prayer of great poetic beauty, is the basis of practice in the Nyingma tradition-the earliest from of Buddhism prevalent in Tibet. This tradition was founded by Padmasambhava, the Indian tantric saint who established the dharma there in the 8th century. Like the later traditions of the Kagyu, Sakya and Gelug it is grounded in the mystical experience of Vajrayana or Tantric Buddhism. These most essential teachings of Buddha are considered ‘secret’, making use of esoteric language and techniques. Their meaning can only be revealed to those who have established the proper motivation of universal altruism and the correct view of reality-the view of emptiness.

Because the scope of the sutras and tantras is vast many of the great Tibetan masters condensed their essential points into easily followed prayers for practice. This is one such text and, rather than being a prayer, it is a guide for contemplation, providing the necessary link between sutra and tantra.

As a ‘preliminary practice’ (Tibetan:ngon-dro) it beings with sutra meditations on the value and potential of this human life, its frailty and the inevitability of death, the infallibility of karmic actions and their consequences, and the suffering of worldly existence. Following the recognition of these common truths it continues, leading the spiritual aspirant into refuge in the Three Supreme Jewels and, for a Mahayanist (whose selfless attitude in based on pure love and compassion), into the activation of the awakening mind-bodhicitta. The work then unites these meditations with a series of practices exclusive to the tantric path-vajrasattva purification, mandala offering, union with the spiritual master, the ‘chod’ practice of cutting duality at its source and so forth. Thus it is not only a ‘preliminary’ practice but actually provides a complete means in itself for attaining the fully awakened state of being.

The entire translation is accompanied by the actual Tibetan text so that those who read Tibetan may appreciate the special flavour of its original poetry. A short but comprehensive commentary distilled from the main Tibetan commentaries follows, and the book ends with a succinct analysis of the paths and meditations of sutra and tantra according to the Nyingma classification of the Nine Vehicles. These culminate in the final expression of Buddha’s word-the practice known as “Dzogchen,” the Great completion to which this valuable prayer is aimed. 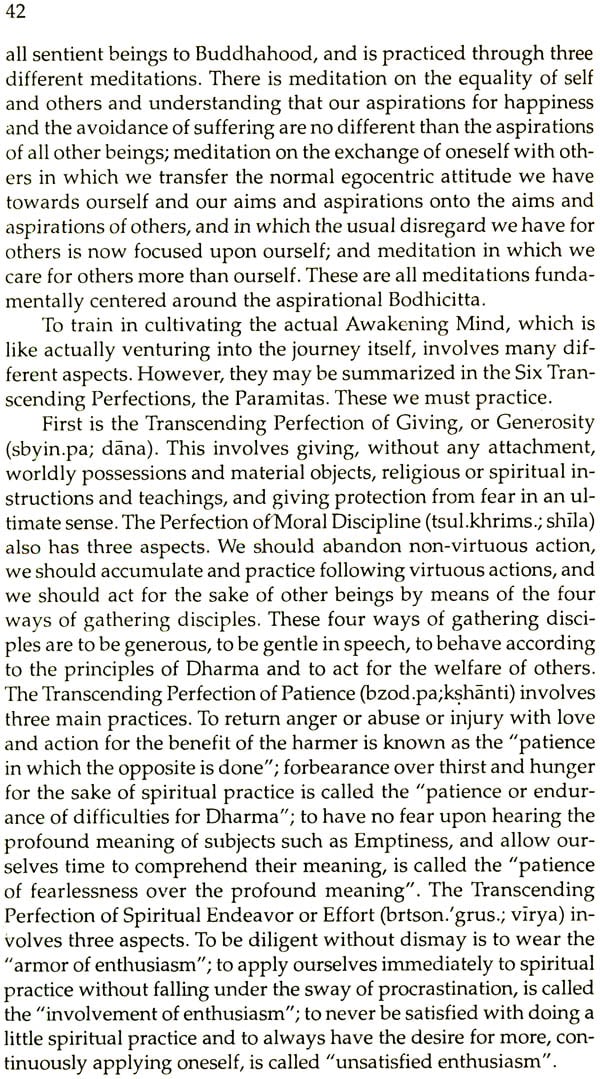 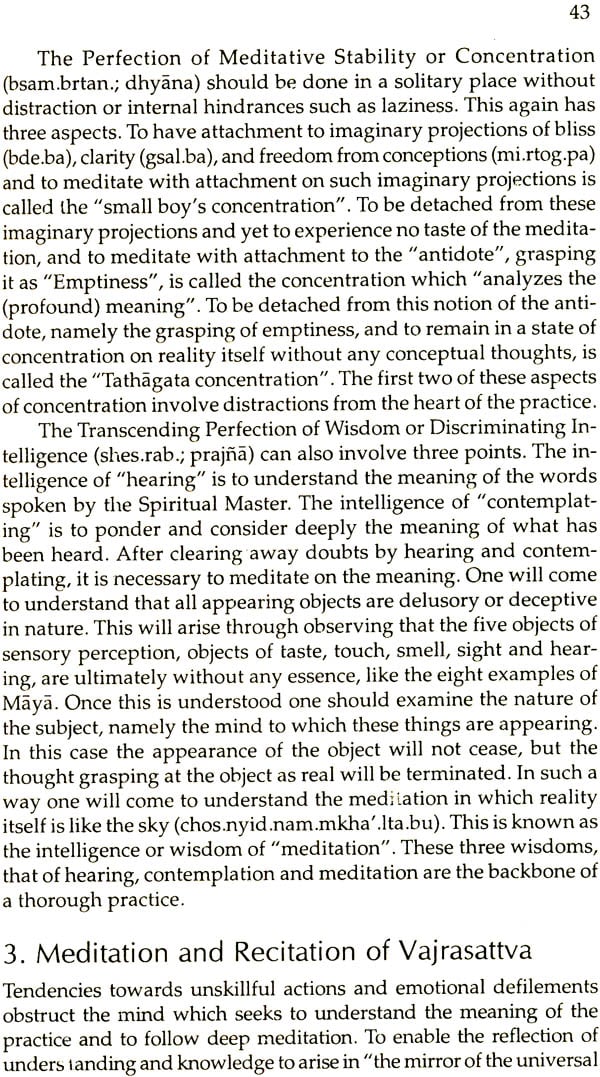 The Stages of A-Khrid Meditation (Dzogchen Practice of the Bon Tradition)
By Bru-sgom rGyal-ba g.young-drung, Translated by Per Kvaerne and Thupten K. Rikey
$21
FREE Delivery

Drung Deu and Bon: Narrations, Symbolic Languages and The Bon Tradition In Ancient Tibet
By Namkhai Norbu
$29.60
FREE Delivery
$37  (20% off) 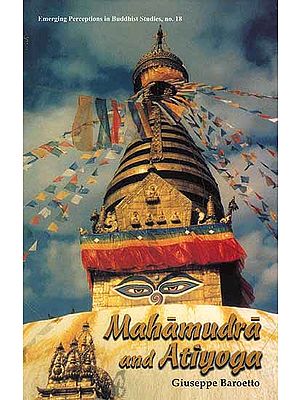 The Buddha Within
By S.K. Hookham
$41
FREE Delivery 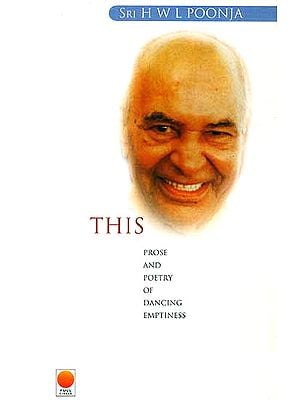 This: Prose and Poetry of Dancing Emptiness
By Sri H W L Poonja
$13
Out of Stock 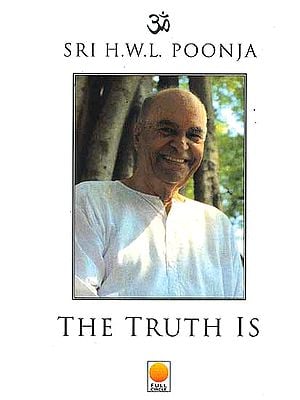 Buddhist Art in Tibet: New Insights On Ancient Treasures (A Study of Paintings and Sculpture From 8th to 18th Century)
By Michael Henss
$83
FREE Delivery 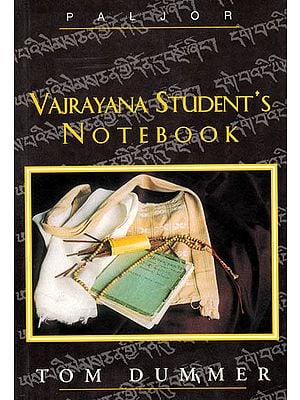