Driving Holidays in the Himalayas: Zanskar

The author Koko Singh has traveled extensively through the Himalayas for over twenty-five years. Having opted out of the corporate main stream, he has been volunteering as a consultant to an NGO (SRUTI), for over fifteen years now. This shift allowed him the time to indulge in his love for travel and this set of books is an effort to share the beauty and adventures of Himalayan travel.

Driving Holidays in the Himalayas is a series of books that endeavour to give the reader a glimpse of many exciting, exotic locales that can be easily accessed by road and hopes to provide enough insight to make your trip a comfortable and memorable one.

While this book focuses on Zanskar, and the Suru valley, others in the series take you through Ladakh, Uttaranchal, Himachal and Sikkim. Originally this was to be part of the book on Ladakh but after visiting the area, it seemed too magnificent and diverse a region to do justice to as part of a book. Also, unless you have the luxury of time and a real penchant for rugged beauty, two separate trips seem a more enjoyable proposition. The two books should provide you with enough information on the entire region to make your choice.

These books especially focus on travelers who are fond of driving, have their own wheels (two, four or even hired will do!), and love the mountains. Given the time constraints of our lives today, each book is designed to cover a fair degree of terrain in a week to ten days. Although the book does not cover every place possible in the region, it does reflect the author's own preferences of picturesque places to visit.

Through the ages, the Himalayas have been revered by millions of Indians as the abode of the Gods. The early 'rishis' (sages), referred to them as "the expanse of the two arms of the Supreme Being", suggestive of the whole world being locked in the Himalayas divine embrace. Writing in the fifth century AD Kalidas, the renowned poet, has an evocative but apt description-

In the Northern quarter is divine Himalayas, the lord of the Mountains, reaching from Eastern to Western Ocean, firm as a rod to measure the earth

There demigods rest in the shade of clouds, which spread like a girdle below the peaks but when the rains disturb them, they fly to sunlit summits.

It is here that Shiva, the great god of destruction, found solace after the death of his consort Sati, and atoned for almost destroying the world with his dance, the 'Tandava Nritya'. After wooing the bereaved Shiva for over a thousand years Parvati, the daughter of the mountains, succeeded in winning his love. The Himalayas are studded with temples dedicated to Shiva and Parvati, and every year devotees in untold numbers travel hundreds, if not thousands, of kilometers, to visit their 'abode'. In the words of the Skanda Purana: dew, so are the sins of man dissipated at the sight of the Himalaya."

Centuries of pilgrimage led to the building of numerous temples and hermitages, but not a single hill station as we know it.

In earlier times, the local inhabitants were unaffected as the transient pilgrims were extremely limited in number due to the difficulties and time required for the arduous journey.

The first planned hill retreats were set up by the great Mughal emperors Akbar, Shah Jehan, and Jehangir who established summer palaces around Srinagar in the state of Jammu and Kashmir. The beautiful Nishat and Shalimar gardens are testament to those early endeavours and are a star attraction even today. The Mughals faded into oblivion and were followed by the British, a unique creature, unlike any other who ruled the subcontinent. They made little effort to absorb or integrate with the ancient cultures and traditions they found in this land and instead sought to create small, very British 'islands' of comfort wherever they were based. They were masters at the game of intrigue and treachery, playing one powerful local ruler against the other to extend and consolidate their grip over the country. However, one enemy continued to challenge - the climate.

One of the main problems faced by the British was keeping the army of almost 100,000 troops healthy. Soldiers garrisoned in the hill forts were found to be much better off than their comrades in the plains and this started the search for resorts to be used as sanatoriums.

In 1819, the first 'hill station' was established at Shimla (now the capital of Himachal Pradesh) and over the next seventy years, around eighty hill stations were developed all over the country. Situated on hill tops and often even in places without a local populace, the Raj used the ample resources at its command to construct roads and railways under the most challenging conditions- who else could build railway lines to remote Darjeeling and Shimla! To give them due kudos, it is thanks to their eccentricities and desire to create conditions akin to those 'back home', far from the enervating heat, that such an extensive network of roads developed, allowing us our muchcoveted driving holidays in the Himalayas.

Geologically speaking, the Himalayas are the youngest mountain range in the world and are actually still growing -up to 0.8cm annually. Samples extracted from the slopes fo Mt. Everest confirm that in the past millennia, what is today the world's highest and longest (East to West) mountain range was once part of a vast ocean bed!

Eighty million years ago, in the period when dinosaurs roamed period when dinosaurs roamed the earth - the Jurassic Age - the earth's land mass split into two great continents, Laurasia in the northern hemisphere and Gondwanaland in the southern hemisphere. Later, the land mass that is the Indian subcontinent broke away from Gondwanaland and floated across the Earth's surface till it ran into Asia! The collision between the hard volcanic rock of India and Asia's soft sedimentary crust resulted in the creation of all the Asian mountain ranges such as the Karakoram, Hindu Kush, Pamir, as also the Tien Shan and Kun Lun. This process took between five and seven million years and the fact that the Himalayas are at the front of the continental collision accounts for their dwarfing the other ranges and for their continued upward movement.

The Himalayas stretch 2500km from Nanga Parbat in the West (in Pakistan), to Namche Barwa (Arunachal Pradesh), in the East, The range boasts of fourteen peaks in excess of 26,200ft/8000m, including Mt. Everest, which at 29,028ft/8848m is the highest mountain in the world. The highest peak in our country is the third highest in the world - might Kanchendzonga (28,160ft/8585m) located in our second smallest state, Sikkim.

The Himalayan range is actually three almost parallel mountain systems. At the top lies the Great Himalayan Range with perennial snow peaks rising to heights in excess of 16,500ft/5000m, preceded by the Middle Himalayan Range of peaks averaging between 13,000-16,500ft/4000-5000m. The foothills, or the Lower Himalayan Range, are the ranges bordering the plains with mountains around 8000ft/2500m in height and, regrettably, it is only in this third and lowest layer of mountains that most of our driving journeys are confined!

The Himalayas are also the source of the three major river systems of the subcontinent - the Indus, the Ganga, and the Brahmaputra. All these originate from glaciers, one of which, Gaumukh- the source of the holy Ganga- is only a few kilometers from the road head at Gangotri in Uttarakhand. 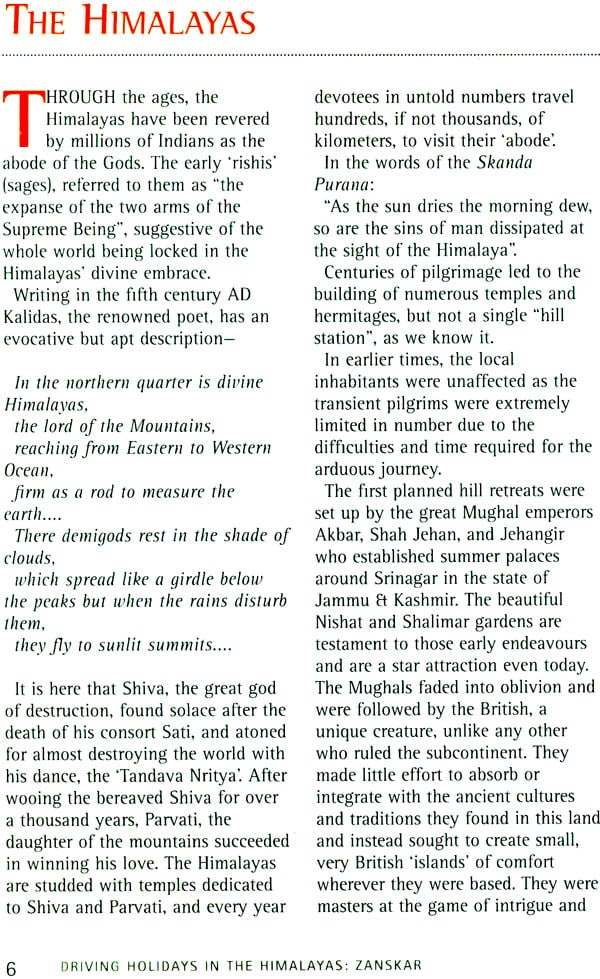 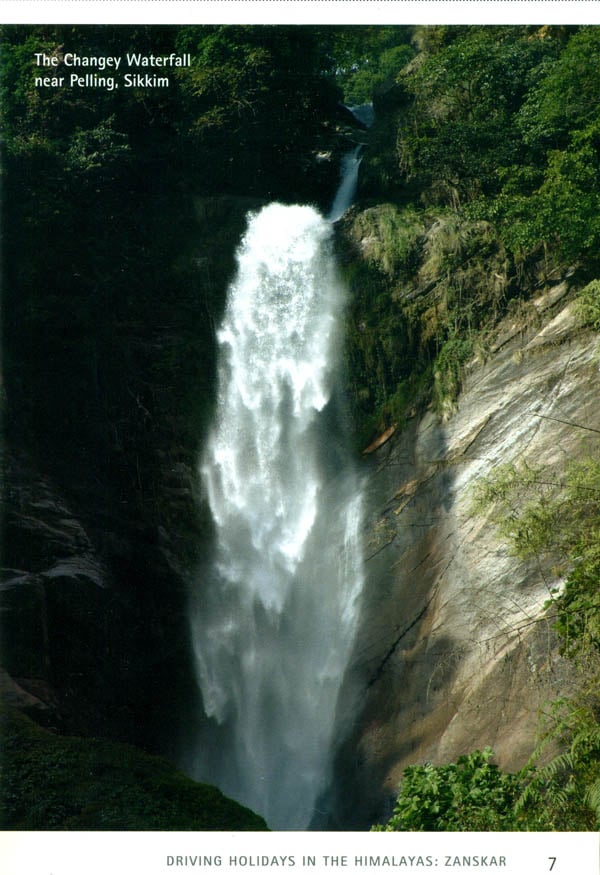 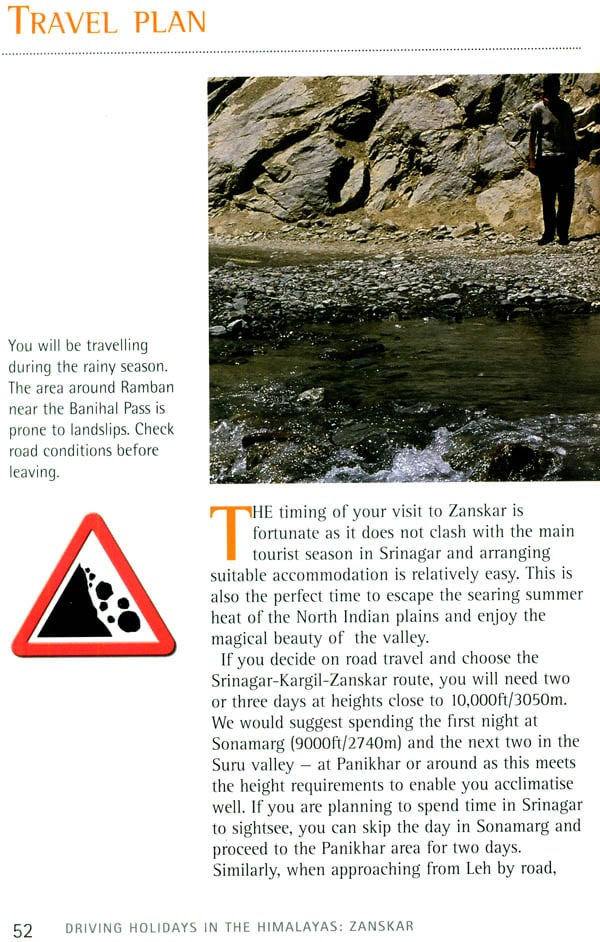 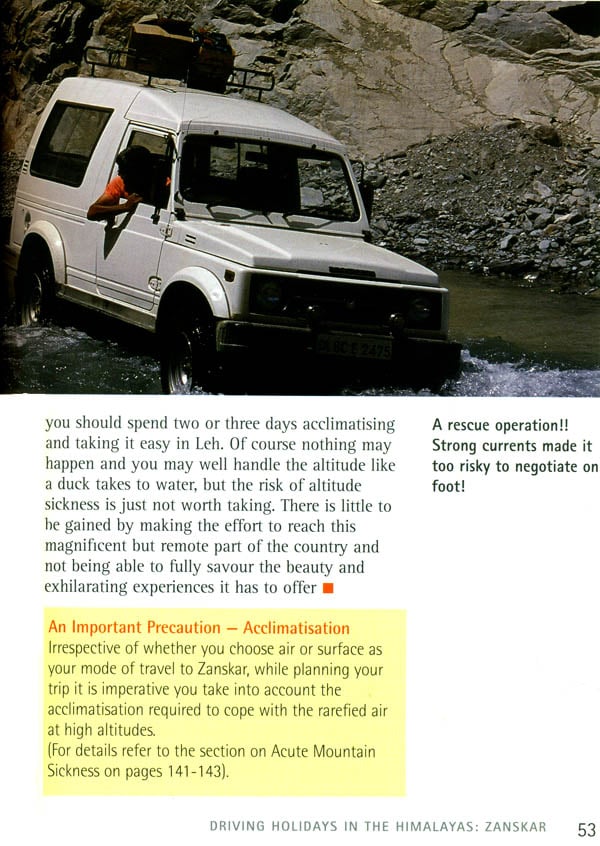 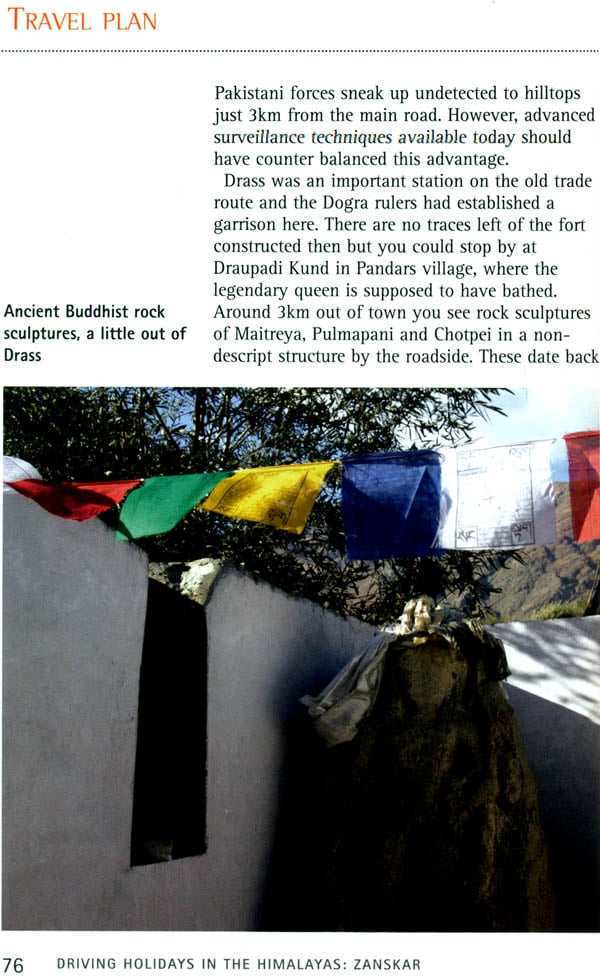 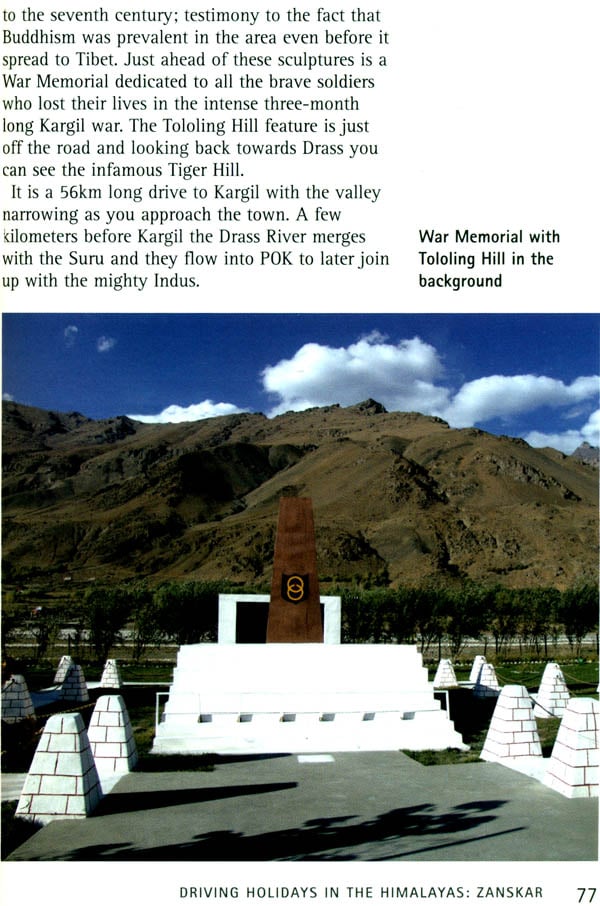 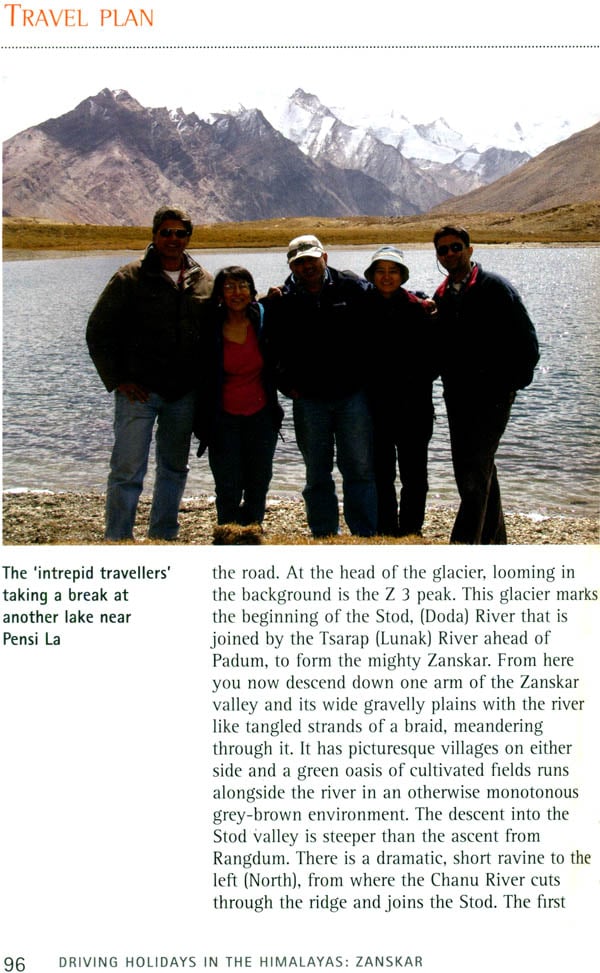 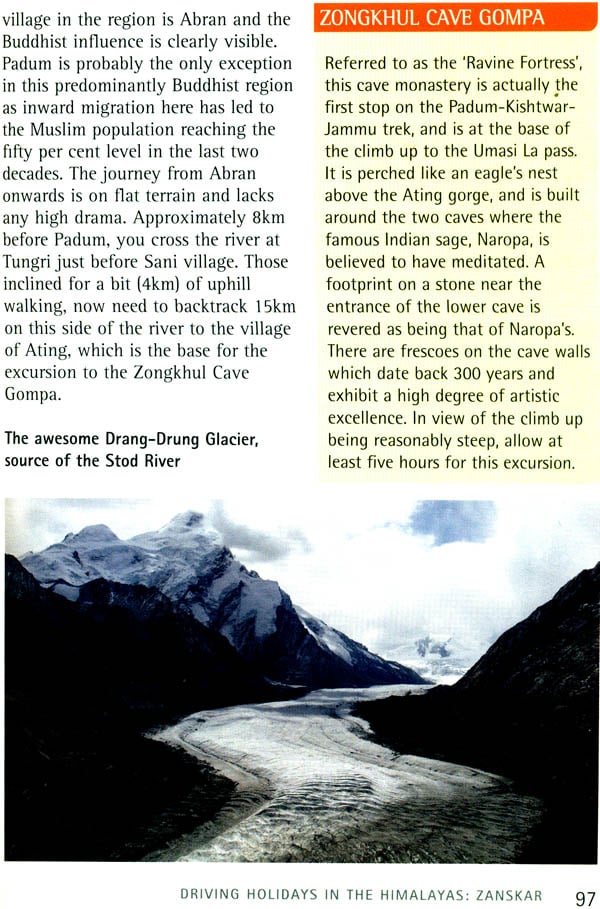 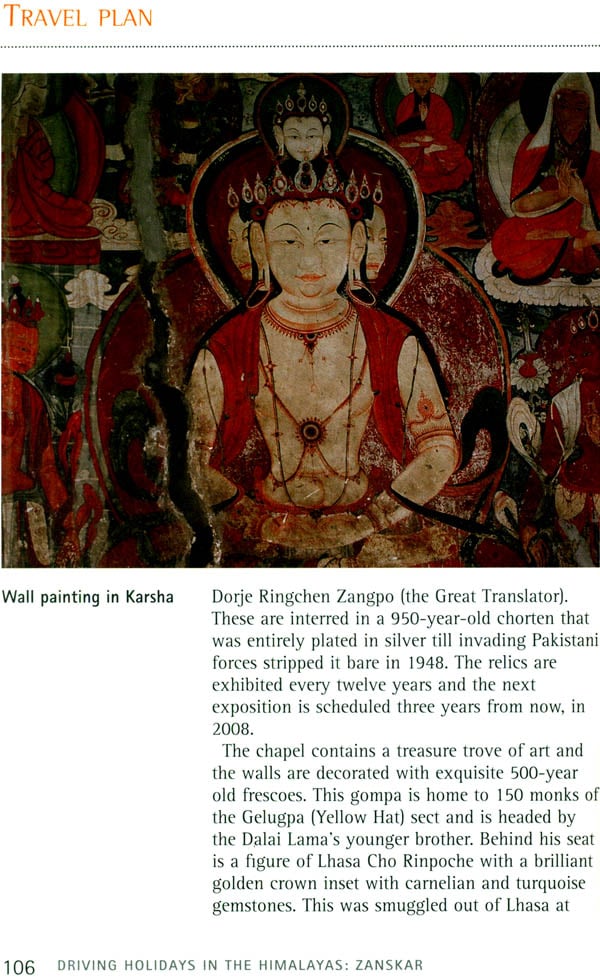 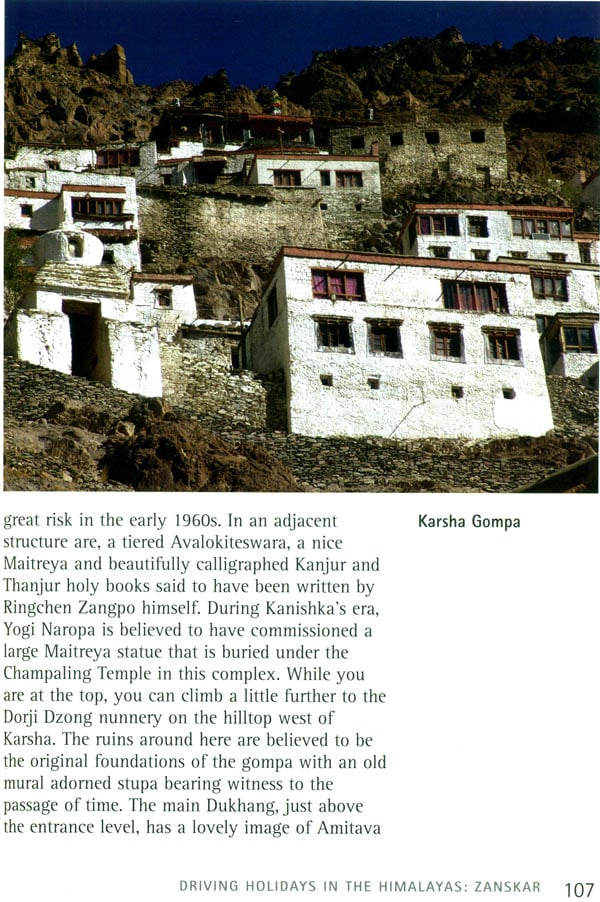 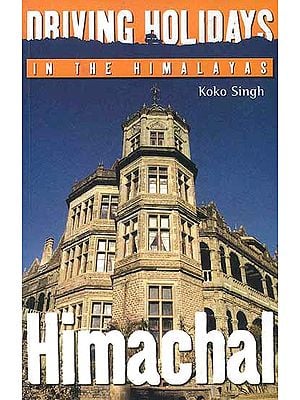 Life of A Eunuch (An Investigative and Empathetic Study of Transgendered People in India, A Socially and Psychologically Victimised Community)
By Dr. Piyush Saxena
$31
Out of Stock