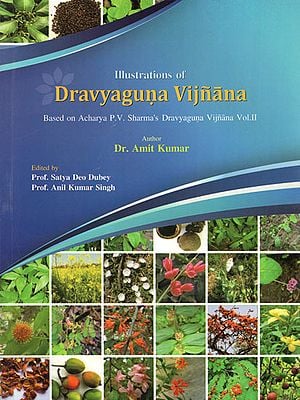 FREE Delivery
$21
Quantity
Ships in 1-3 days
Notify me when this item is available
About the Book
This book is based on Dravyaguna Vijnana Vol.II of Acharya P.V. Sharma. In this book more than 600 illustrations have been given and most of them are self clicked by the author. Here, an effort is made to identify medicinal plants properly by giving numbers of colour photographs of green as-well-as dry samples along with their useful parts. Classification and serial number of the mentioned drugs are same as given in the based book. This task incorporates their recent botanical sources (botanical and family name) which are needed and printing errors have also been corrected. It is a kind hope that the present work would certainly help not only to the undergraduates, but also to the post graduates, research scholars and those, who are seeking health benefits by herbal measures.
About the Author
Dr. Amit Kumar born in 1977 in a village Charia of district Mirzapur, Uttar Pradesh. He completed his under graduation in 2003 from Institute of Medical Sciences, B.H.U. and he was awarded for M.D. degree in Dravyaguna in 2008 from the same institution. After post graduation he served as a senior resident in the department of Dravyaguna, I.M.S., B.H.U. from May 2009 to May 2012. He has keen interest in the field of drug identification specially medicinal plants that is why he travelled many part of country to recognize the genuine drugs and had conversation with local people for their folklore uses.

Author has published many articles and presented a numbers of papers to various National and International conferences. Presently he is working as Lecturer in NAMCH, Muzaffarpur, Bihar.

Foreword
I feel immense pleasure to see the nice work of Dr. Amit Kumar which is worth appreciation and commendable. By his hard work he has compiled this illustrations having genuine photos of Ayurvedic Medicinal Plants and their useful parts. Identification of drugs is an integral part of Dravyaguna and it is not possible for any person to have a visit to natural places of occurrence of majority of drugs to identify them due to variety of habitat of medicinal plants. In addition the useful parts viz. flowers, fruits, seeds etc. of the plants are available in different seasons, it is therefore, a troublesome job to visit at natural habitat of plants and find its useful part too. Dr. Amit Kumar has travelled a lot to snap these photographs. This book will be of great help for the UG and PG student’s as-well-as teachers of Ayurveda in general and Dravyaguna in particular at least to see the photos of genuine drugs and their useful parts.
Introduction
India is a big country in which there are vast variations in geographical environment. Due to this plants are also vary from one region to another. In ancient era people reside in village and forest as they had very close relation with the plant and well versed about the knowledge of their nature, properties, useful parts, indication, dose and harmful effects. Animal and birds were also helpful to receive the knowledge of plants. They fulfilled their requirement from plants in the form of diet, drugs and other daily needs. But with development of civilization people migrated in town and cities and became isolate from the direct contact of plants. Resultantly identification of genuine plants became a great problem and gradually controversy arised. In this situation availability of genuine plants became difficult and lead to developed the use of substitute plant.

To keep it in mind scholars took keen interest and started a scientific study about the plants. In this series scientists and Ayurvedic scholars both simultaneously done an effort. Some books are published with sketch photograph. Among Ayurvedic scholars Prof. P.V. Sharma has written Dravyaguna Vijnana in 5 volume on different aspect of Dravyaguna. Second volume is based on medicinal plants in which he was in view to include the photos of described plants. Once photos of some plants were published but that was not complete. This commendable job is successfully tackled by Dr. Amit Kumar my Ph.D. scholars, Department of Dravyaguna, I.M.S., B.H.U. and edited by myself and Prof. Anil Kumar Singh, Dept. of Dravyaguna, I.M.S., B.H.U. This work may serve as a guide to the students of Dravyaguna. They will gain the knowledge about morphology which is first step to know the plants. The scholars, researchers and scientists may also get some information to work in right direction to discover some better and new facts. 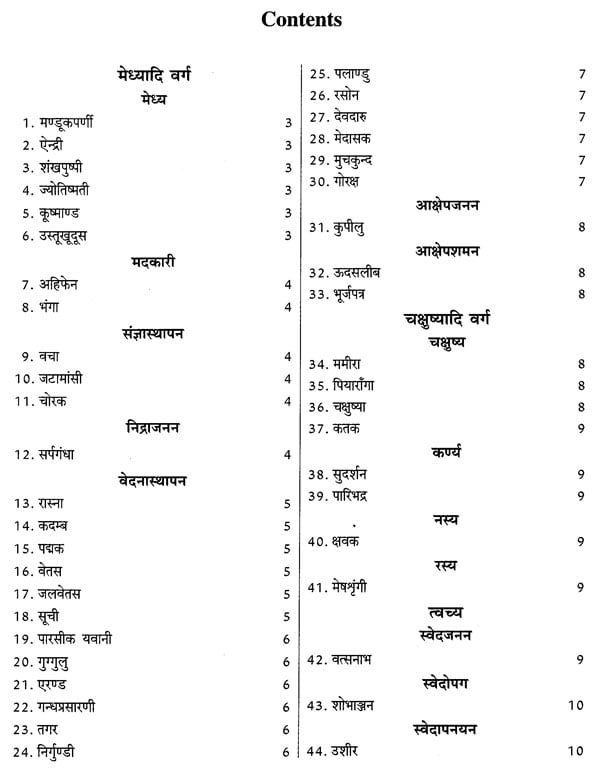 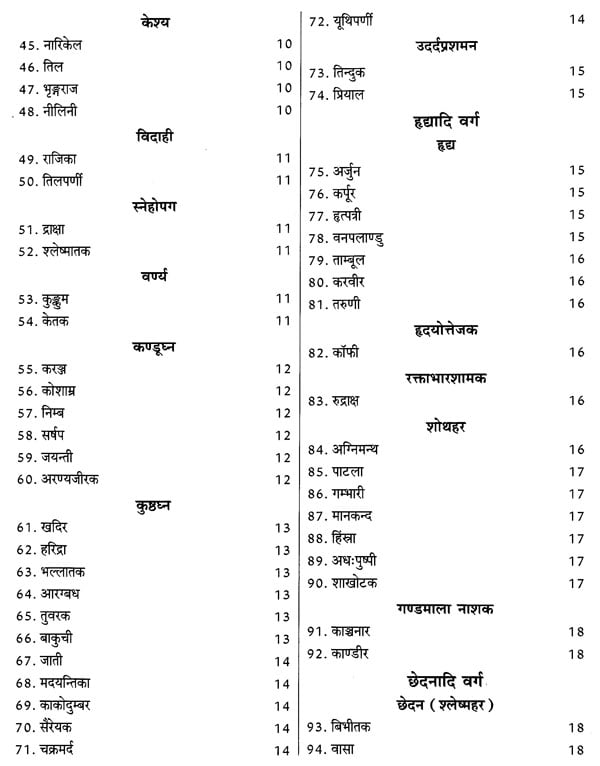 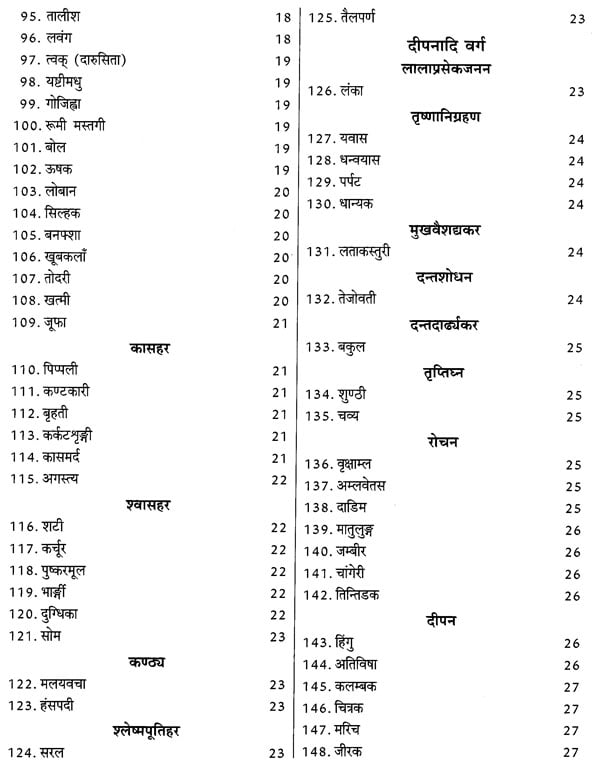 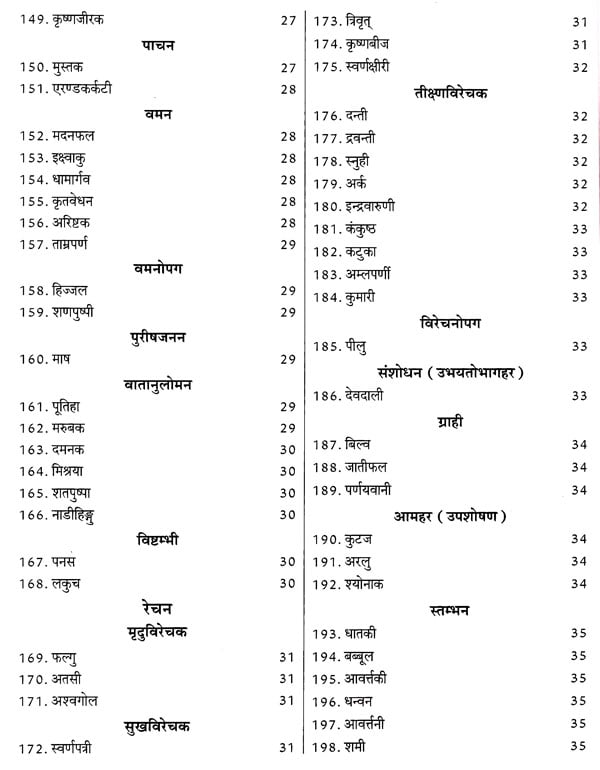 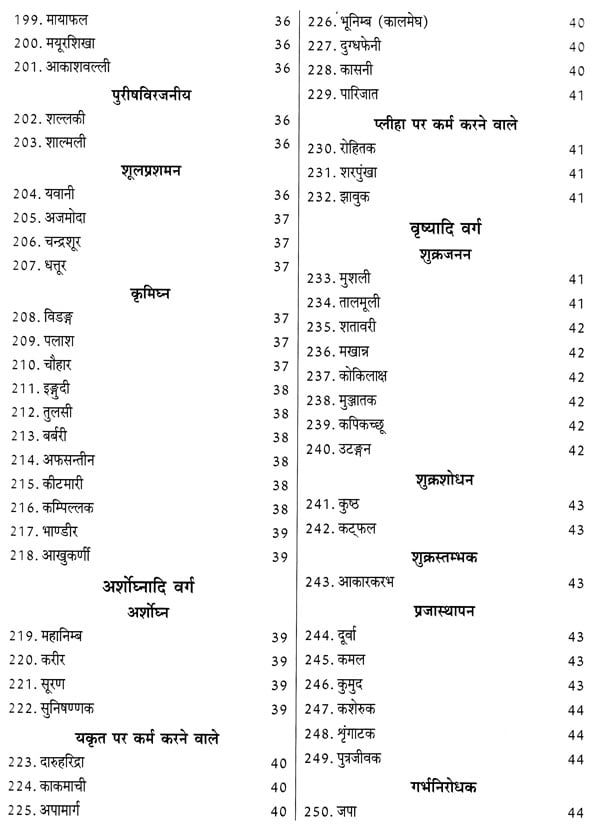 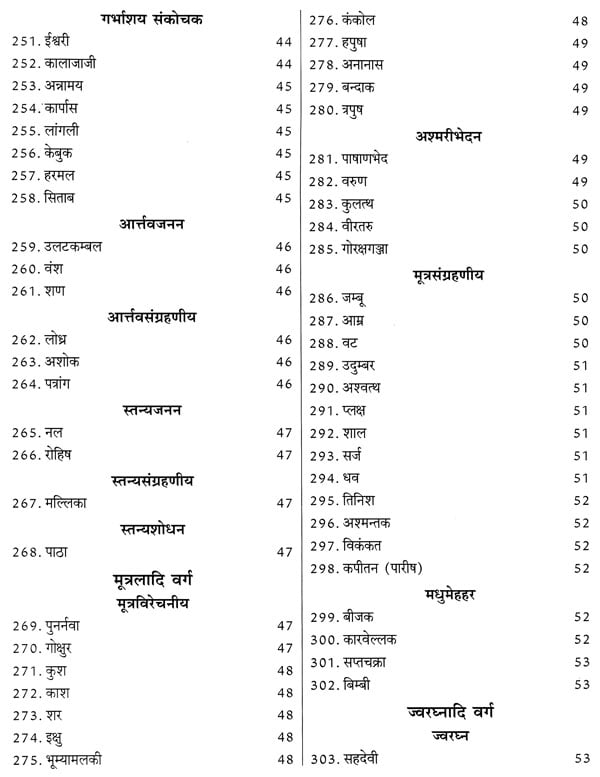 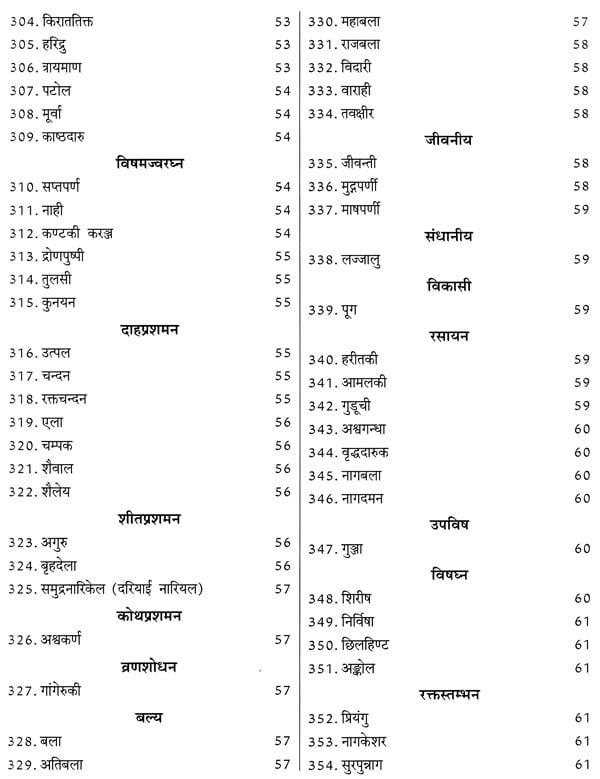 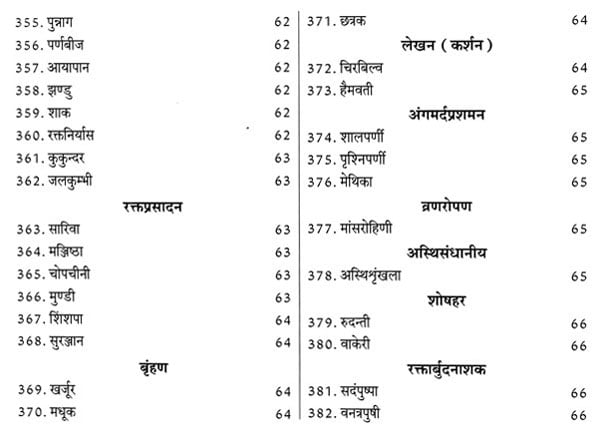 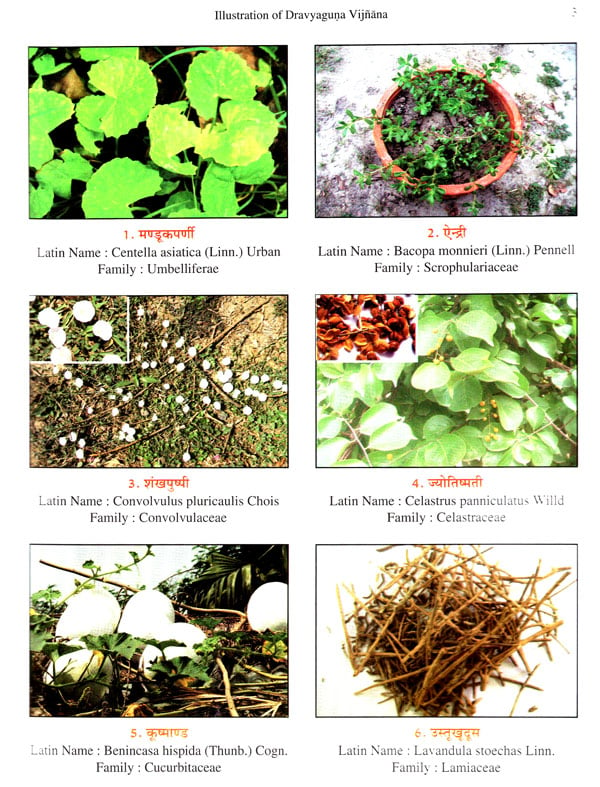 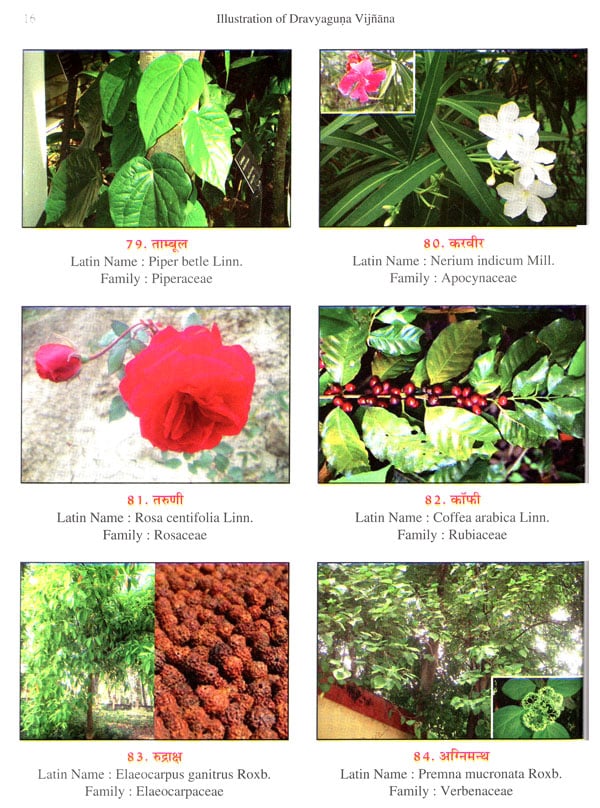 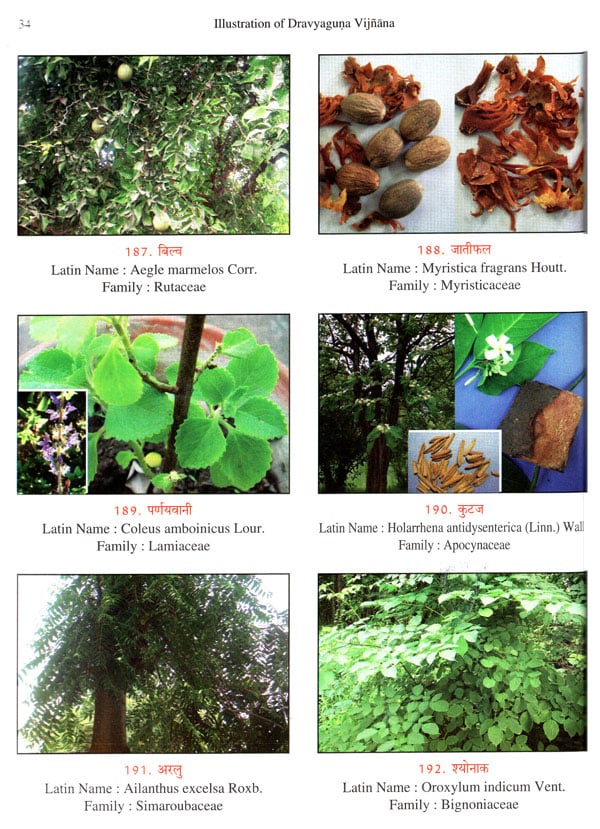 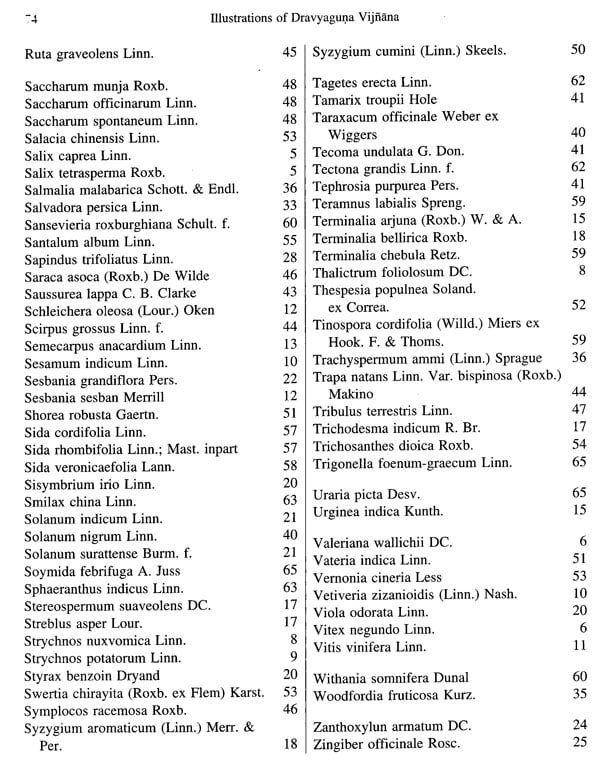 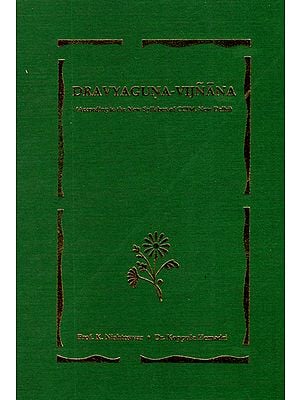 Dravyaguna-Vijnana (According to the New Syllabus of CCIM)
By K. Nishteswar and Koppula Hemadri
$59
FREE Delivery 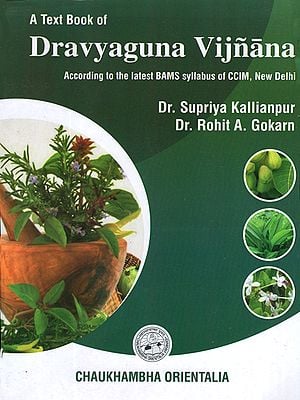 A Text Book of Dravyaguna Vijnana (Volume - 2)
By Supriya Kallianpur and Rohit A. Gokarn
$39
FREE Delivery 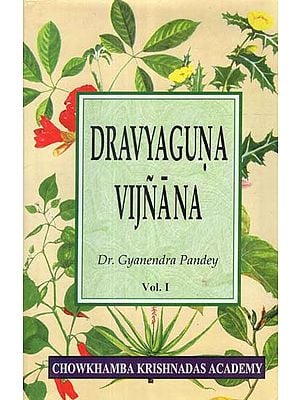 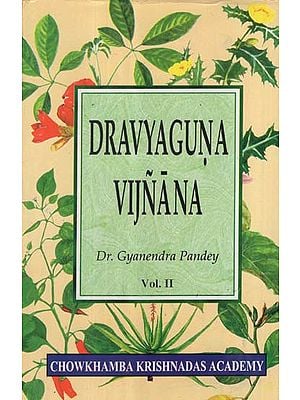 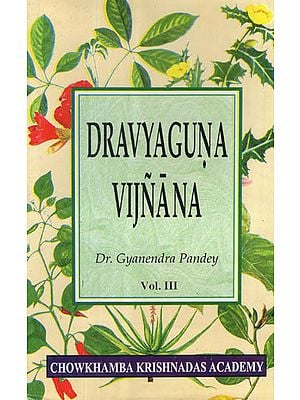 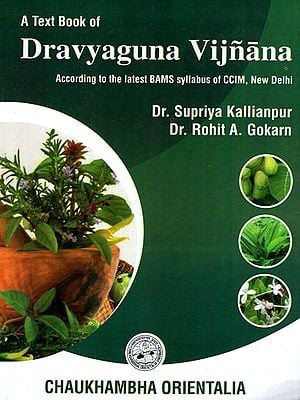 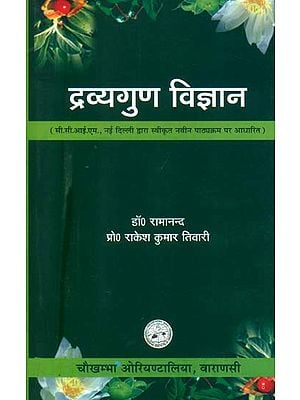 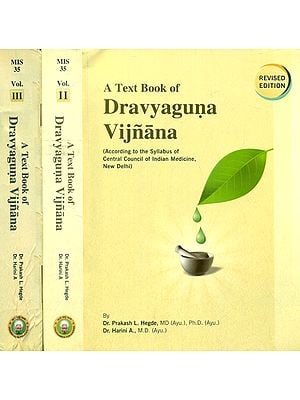 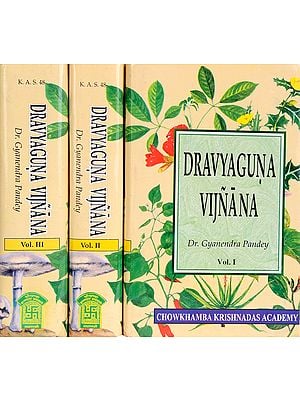 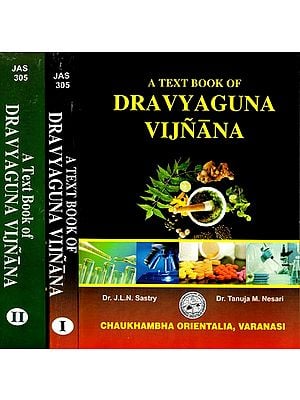 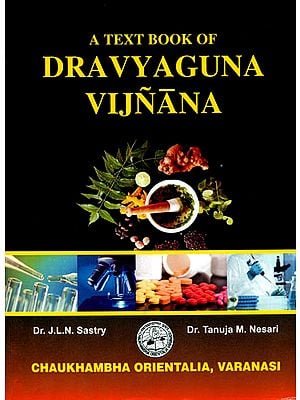