Dravidian Influence In Thai Culture (An Old and Rare Book) 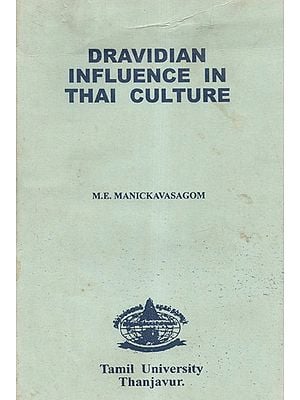 $27.00
Ships in 1-3 days
Notify me when this item is available
Save to Wishlist Send as E-card Share by Email
Preface
The present study DRAVIDIAN INFLUENCE IN THAI CULTURE is the outcome of a year's research work supported by the award of a Senior Fellowship and a Travel Grant by the International School of Dravidian Linguistics, through the Dravidian Linguistics Association, Trivandrum. At the outset, the author wishes to place on record his sincere thanks to the authorities of the Association.

The objectives of the present study is to assess the nature and significance of the culture contact of South India in general and Tamilakam in particular with Thailand. It is a fact of history that commercial, cultural and even political contacts between Tamilakam and Thailand (then known as Siam) existed during the Pallava and Chola periods in the history of Tamil Nadu. Quite a few studies on this subject are already available. T.P. Meenakshisundaranar's Sayaamil Tiruppaavai in Tamil and a few papers by Marr and Singaravelu on the Tamil Texts, in the possession of the Thai Brahmins, are foreruners in this field. These isolated studies have served to locate the problems to be analysed in the present descriptive analysis. His Holiness Sankaracharya of Kanchi Kama Kodi Pidam has indicated the necessity of studying the Paavai festival celebrated by the Thai Brahmins. The present study is comprehensive with wider implications, covering all aspects of Thai social, religious, political and economic life in general and the nature of the influence of Dravidian Culture on them in particular.

The author has received help, co-operation and guidance from a number of persons and institutions, without which he could not have completed this study successfully and satisfactorily. He places on record his gratitude to the following:

The Directors and the Librarians of the International School of Dravidian Linguistics (Trivandrum), Kerala University Library (Trivandrum), French Institute of Indology (Pondicherry) and the Indian Institute of Public Administration (New Delhi) have granted the author permission to use their libraries.

Prof. M.Sankaralingam, M.A., M.L.C., Principal-Secretary and the Directors of the Board of Management of the Arignar Anna College, Aralvaimoli were kind enough to grant leave with lien for one year from 1-4-1979 to 31-3-1980, to pursue this study.

Introduction
The expression 'Greater India' is widely understood as referring mainly to S.E.Asian countries because of the lasting influence exercised by India on them. From very early times, Indian culture had spread in Indo-China and Indonesia. Almost all the countries of Indo-China were subjected to this impact and Thailand is one of them. In this study an attempt is made to analyse the nature and extent of this influence by India on Thai society.

Thailand is a country that has been subjected to rapid westernization in dress, customs, habits, family life and social intercourse. But it should be noted that in spite of the rapid westernization, one can notice the survivals of the culture complexes resulting from the Indian impact. When we speak of the impact of Indian culture in the Thai society, the obvious question that arises is, 'which part of India has had its impact on Thai culture?'. Though it is somewhat difficult to pinpoint the regions that have had their share in exercising their impact on Thai culture, one thing is certain, i.e., it is more than one region. So much so, it seems that in the task of assessing the impact of the different regions of India on Thai culture one must unravel the relative strength of each component. Therefore it should be possible to say that a particular region had made greater impact than another. Judging from the cultural survivals and the probability of easy contact with the countries of South East Asia, it may not be wrong to conclude that the southern part of India succeeded better than the north in influencing the culture of South East Asian countries including Thailand. The present study is an attempt to assess the impact of South India in general and Tamilakam in particular on Thai culture. 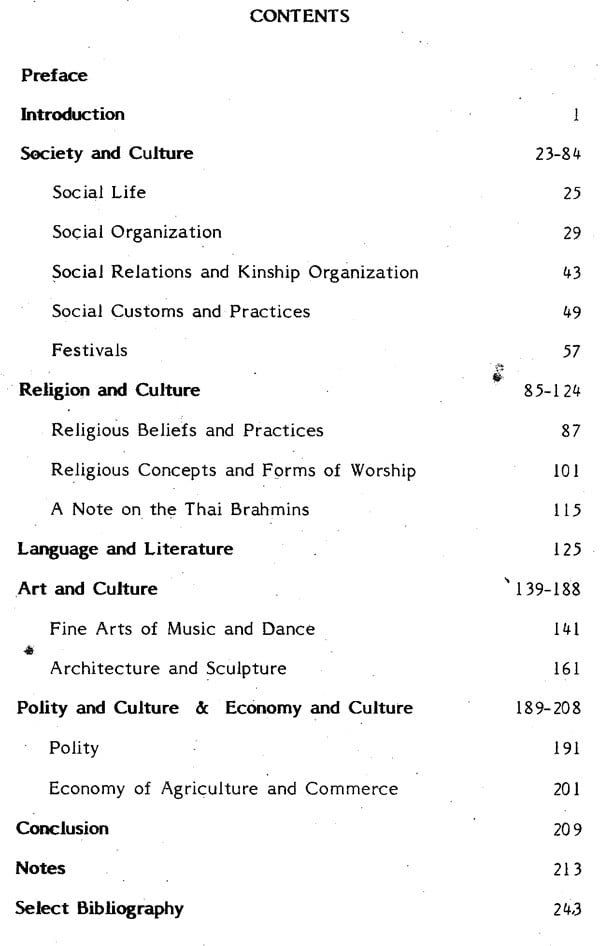 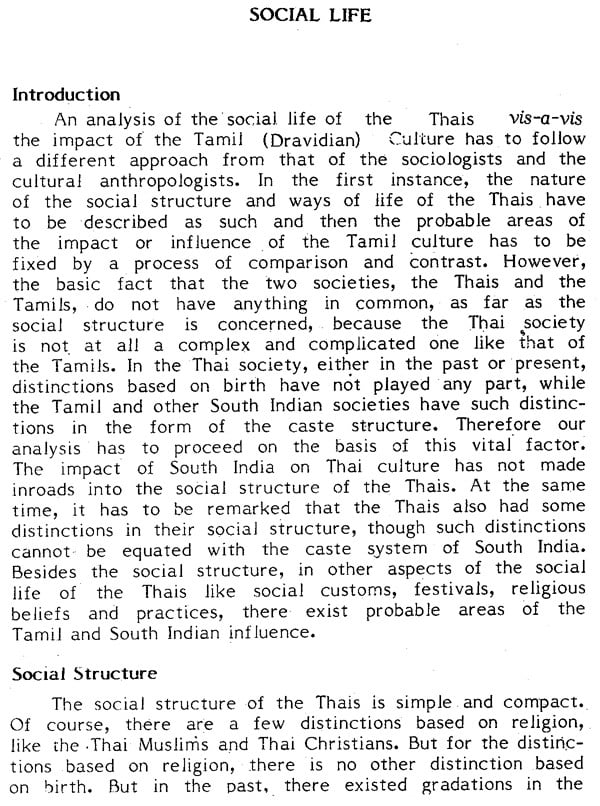 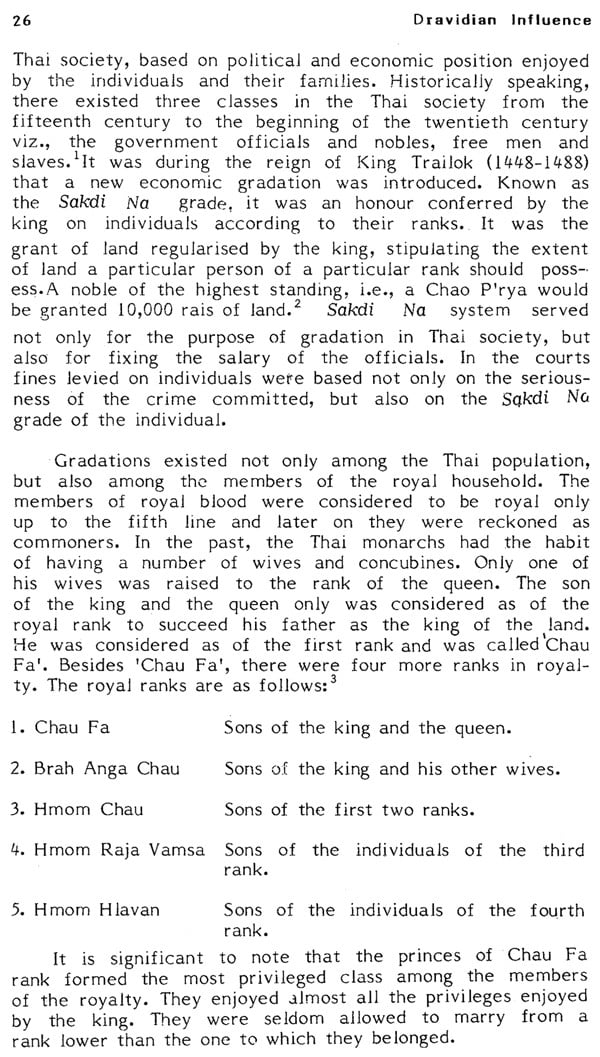 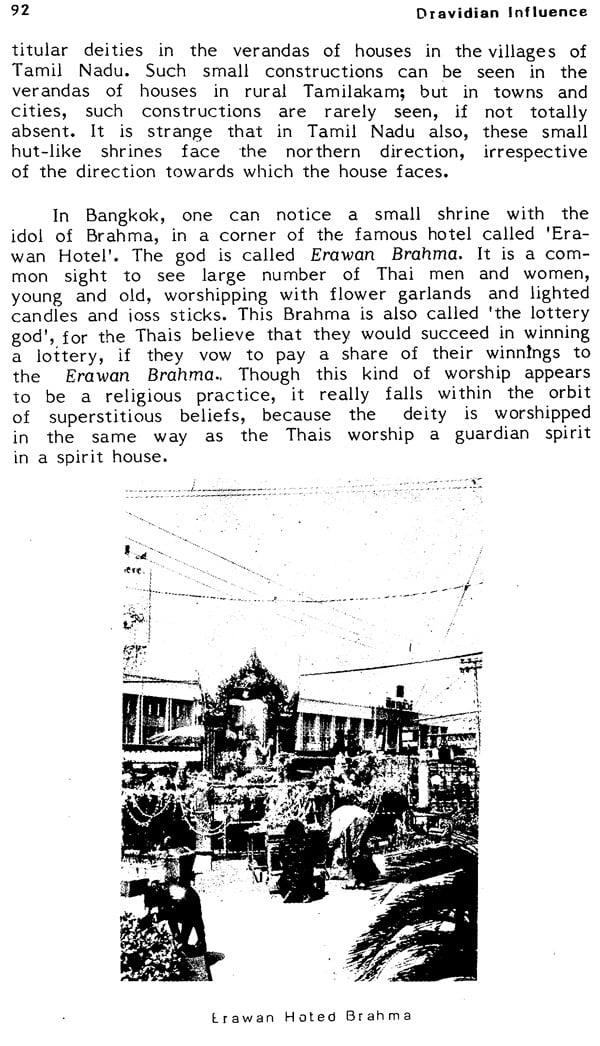 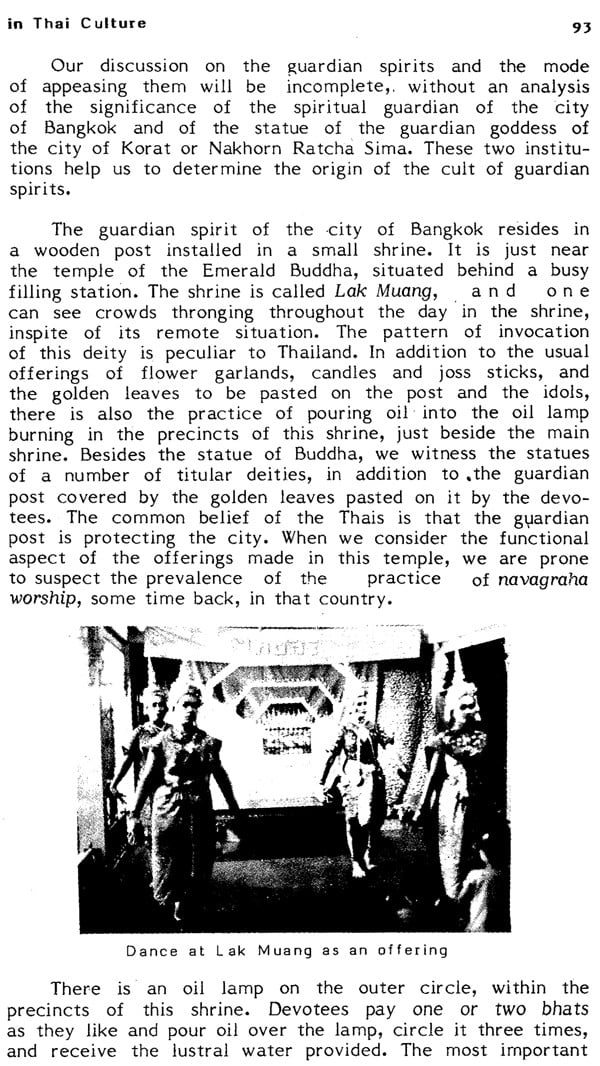 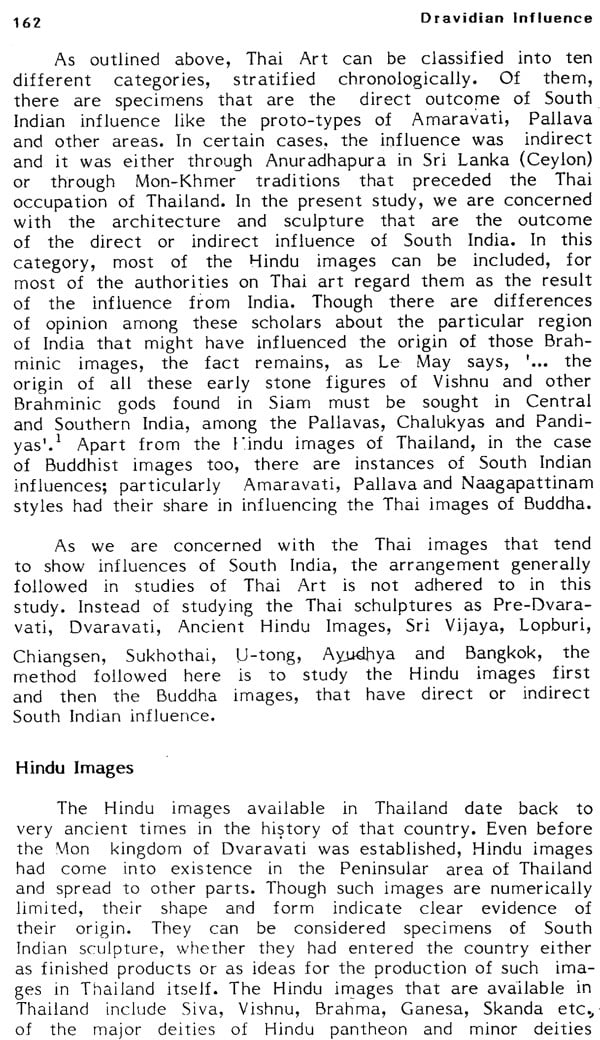 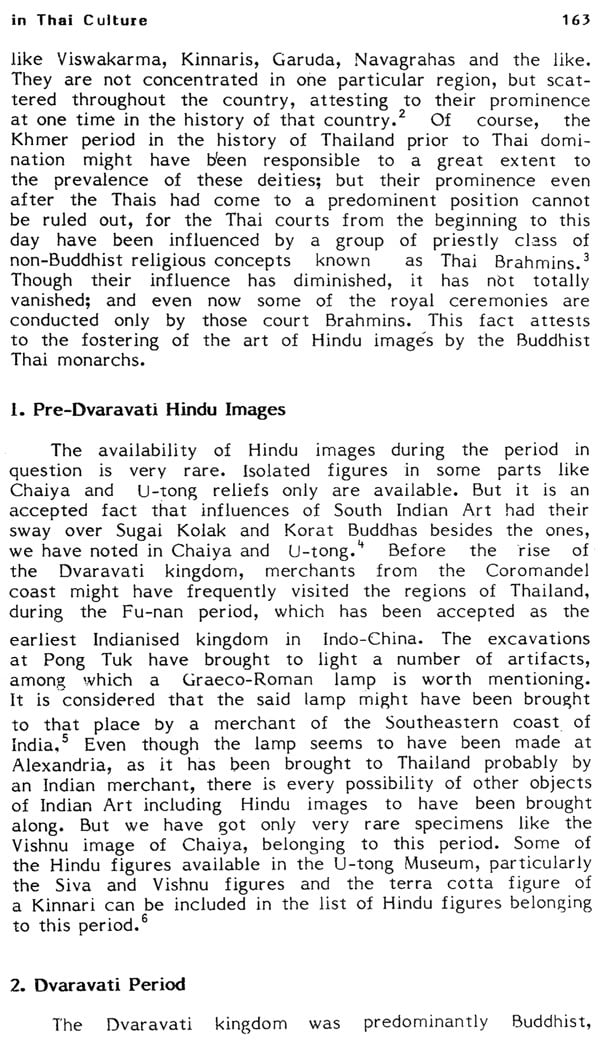 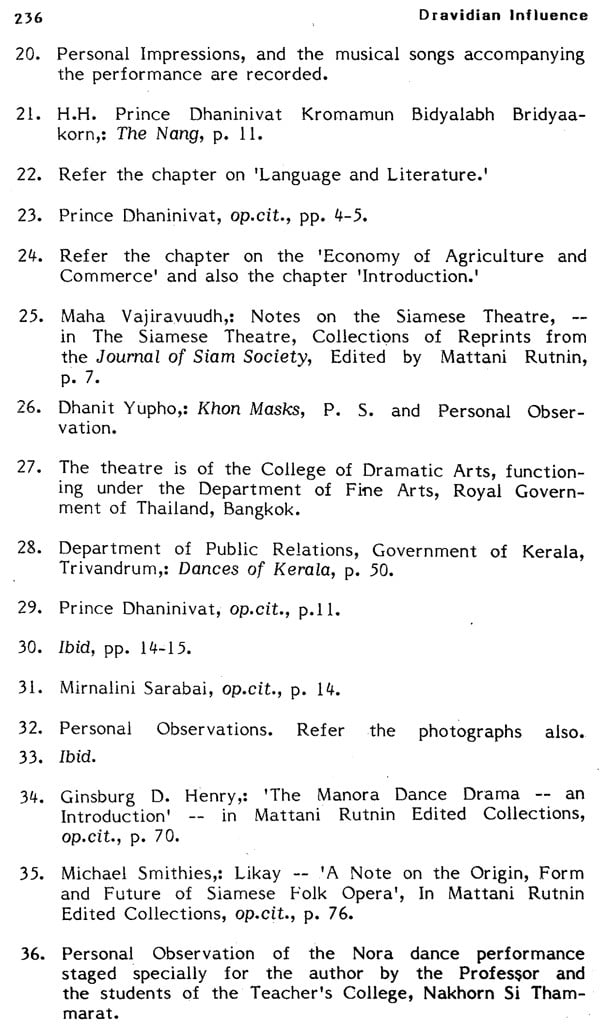 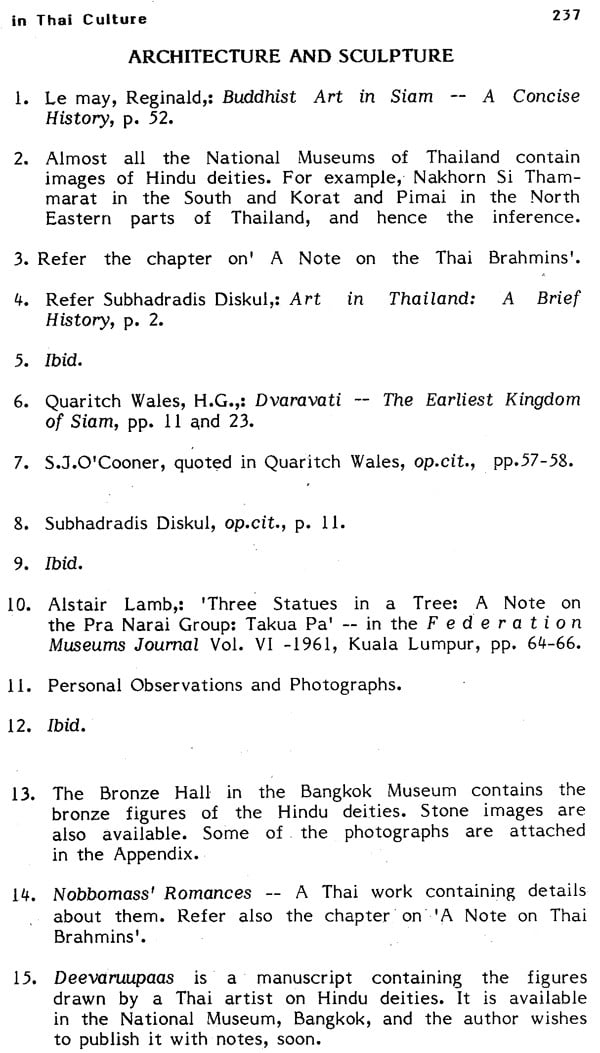