$125.00
FREE Delivery
Quantity
Ships in 1-3 days
Notify me when this item is available
Post a Query
From the Jacket

The Dictionary of Buddhist Iconography is an endeavour of half a century to identify, classify, describe and delineate the bewildering variation in Buddhist icons. It spans the last twenty centuries, and it is a comparative study of unprecedented geographic variations, besides the ever-evolving visualizations of great masters who introduced extraordinary plurality of divine forms in the dharanis and sadhanas.

The multiple forms of a theonym arise in varying contexts. For example, Hevajra of the Hevajra-tantra holds crania in his hands, while the Hevajra of the Samputa-tantra has weapons. Both are subdivided into four each on the planes of kaya, vak, citta and hrdaya, with two, four, eight and sixteen arms. The dictionary classifies such several types of a deity and places each in its theogonic structure, specifies the earliest date of its occurrence (e.g. Amoghapasa appears in Chinese in AD 587), the earliest image, the direction in which it is placed in the specific quarter of the mandala, its classification, colour, crown or hairdo, ferocious or serene appearance, number of eyes and heads, hair standing up and/or flaming, number of arms and attributes held in them, consort, lord of the family (kulesa), and so on. The esoteric name, symbolic form (samaya), bija (hierogram), mantra, mudra and mandala are given in this Dictionary for the first time and on an extensive scale. The Sanskrit, Chinese, Korean, Japanese, Tibetan, Mongolian, Manchu and other names are given under the main entry, as well as cross-referenced in their own alphabetic order.

The Dictionary details the characteristic attributes, chronology and symbolism of over twelve thousand main and minor deities. It reflects the extraordinary cultural, literary, aesthetic and spiritual achievements of several nations of Asia over two millennia.

It will help to identify the masterpieces along with the profusion of masters and divine beings around them. The last few decades have seen an exuberant flourishing of the study and popularization of the patrimony of Buddhist art for its aesthetic magnificence. This Dictionary will add a dimension of precision and depth of perception to the visual tradition of paintings and sculptures.

Prof. Lokesh Chandra is a renowned scholar of Tibetan, Mongolian and Sino-Japanese Buddhism. He has to his credit over 360 works and text editions. Among them are classics like his Tibetan-Sanskrit Dictionary, Materials for a History of Tibetan Literature, Buddhist Iconography of Tibet, and the present Dictionary of Buddhist Art in about 20 Volume. Prof. Lokesh Chandra was nominated by the President of the Republic of India to the Parliament in 1974-80 and again in 1980-86. He has been a Vice-President of the Indian Council for Cultural Relations, and Chairman of the Indian Council of Historical Research. Presently he is Director, International Academy of Indian Culture.

Moments of contemplation find expression in iconography. As the vision becomes vaster and cosmic moments of transcendence involve form, the inner universe works itself into art. The Other Shore, the insight becomes rtambhara (Yogasutras 1.48). Living experience flows into the rhapsodic form, an access to the yonder mind of inspiration. The iconic forms are a search of the overflowing of the depths wherein images unify and perfect.

The second volume of the Dictionary of Buddhist Iconography shows the vast expanse, the temporal evolution of the One into the many. The spontaneity of images unfolds into the store-consciousness (alaya-vijnana) of many countries of Asia. This Dictionary is a step to read this tangle of hieroglyphics of Buddhist iconography over the ages and in lands widely apart that have shared the spiritual values of the Tathagata. Theonyms beginning with Amogha open the volume, and it comprises all the entries of the letter B.

An-iconic awareness resolves into iconic representation in the creative play of colours of the silk scrolls of East Asia and thankas of Tibet, Mongolia and Buryatia. This Dictionary is an effort to provide a guide to the infinite richness of the multiplicity of figures scintillating in colours of deep meaning.

Historical Dictionary of Buddhism
By Charles S. Prebish
$30.00
Out of Stock 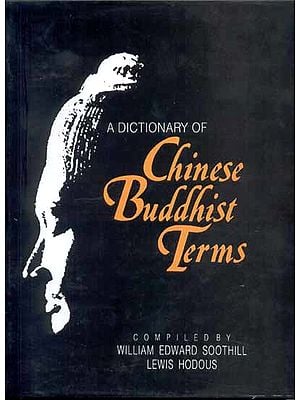