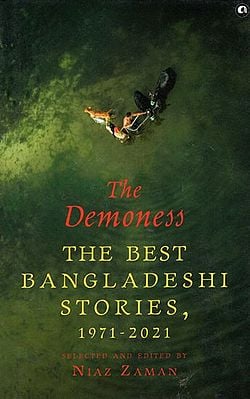 Published to celebrate the fiftieth anniversary of Bangladesh's Independence, the twenty-seven stories in this collection feature the finest short fiction from the nation—since before it achieved independence in 1971 to the present day. Here, readers will find all the greats of Bangladeshi literature: in Kazi Nazrul Islam's timeless masterpiece, `The Demoness', a woman's fury is unleashed when she learns that her husband is getting married again; 'The Raincoat' by Akhtaruzzaman Elias brings to life the traumatic effect of war on ordinary people; Shawkat Ali's 'The Final Resting Place' is concerned with love, grief, and the human capacity for recovery; in Hasan Azizul Huq's 'Nameless and Casteless', an unnamed protagonist accidentally witnesses the hidden horrors of war; and Anwara Syed Haq's 'Pagli' is a sharp commentary on madness and trauma. Exceptional in subject, theme, and style, these and the other stories in The Demonem reveal an extraordinary picture of a land and its people.

Niaz Zaman retired as Professor of English, University of Dhaka, and is, at present, Advisor, Department of English, Independent University, Bangladesh. Her published work includes the award-winning A Divided Legacg: The Partition in Selected Navels of India, Pakistan, and Bangladesh. She is also a creative writer and has published novels as well as short stories. She has edited several anthologies including Selected Short Stories from Bangladesh; The &cape and Other Stories of 1947; 1971 and After: Selected Stories; Under the Kriihnachura: Fifty Years of Bangladeshi Writing; Arihilat; and Contemporarg Short Stories from Bangladesh.

In 2016, she received the prestigious Bangla Academy Award for Translation. Her other awards include the Anannya Sahitya Puruskar (2013) and the Lekhika Sangha Award (2015).

The Demoness: The Best Bangladeshi Stories, 1971-2021 is being published to celebrate the golden jubilee of the independence of Bangladesh. A slight explanation is perhaps necessary to clarify what `Bangladeshi Stories' mean. Does it mean that the stories in this volume were all written after 1971? Or does it mean a Bangladeshi short story written in Bengali, English, Urdu, or in any one of the indigenous languages of the country? Though by far the majority of the people of Bangladesh speak Bengali or Bangla, all Bangladeshis do not speak or write creatively in the same language. To include even a fraction of stories written in other languages in Bangladesh would have meant a much larger volume than feasible.

`Bangladeshi Stories' refer to stories written in a political and linguistic space. It refers to Bengali short stories written by persons associated with the land that gained its independence from Pakistan in 1971 and came to be known as Bangladesh. They are not all contemporary stories written post-1971, but predate the creation of Bangladesh. They include East Pakistani writers, whose roots were in the land now Bangladesh, as well as writers from West Bengal who migrated to East Pakistani in the wake of Partition in 1947. Or, in the case of Kazi Nazrul Islam and Syed Mujtaba Ali, who became citizens after 1971. Some of the writers wrote or continue to write in both Bengali and English, often translating from one language to the other as in the case of Roquiah Sakhawat Hossain (1880-1932), Syed Waliullah (1922-1971), Syed Shamsul Haq (1935-2016), and Syed Manzoorul Islam. However, for the purposes for this volume, only those stories which were first written in Bengali and then translated into English have been included.

Unfortunately, Roquiah Sakhawat Hossain does not form part of this anthology. Though her family came from Pairaband in what is now Bangladesh, she died before the creation of Bangladesh. Her most famous piece of writing, 'Sultana's Dream' (1905), was originally written in English and then translated by herself into Bengali as `Sultanar Swapna'. A remarkable story, it is an example of early Muslim feminism told with considerable humour. However, Hossain could not be included in this volume as 'Bangladeshi' includes both ethnicity, citizenship, and the original language in which the story was written. 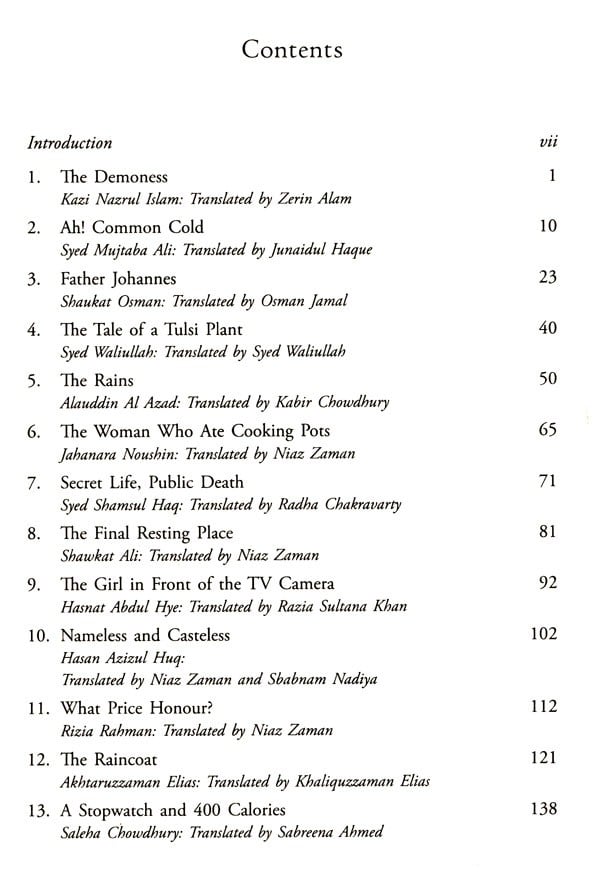 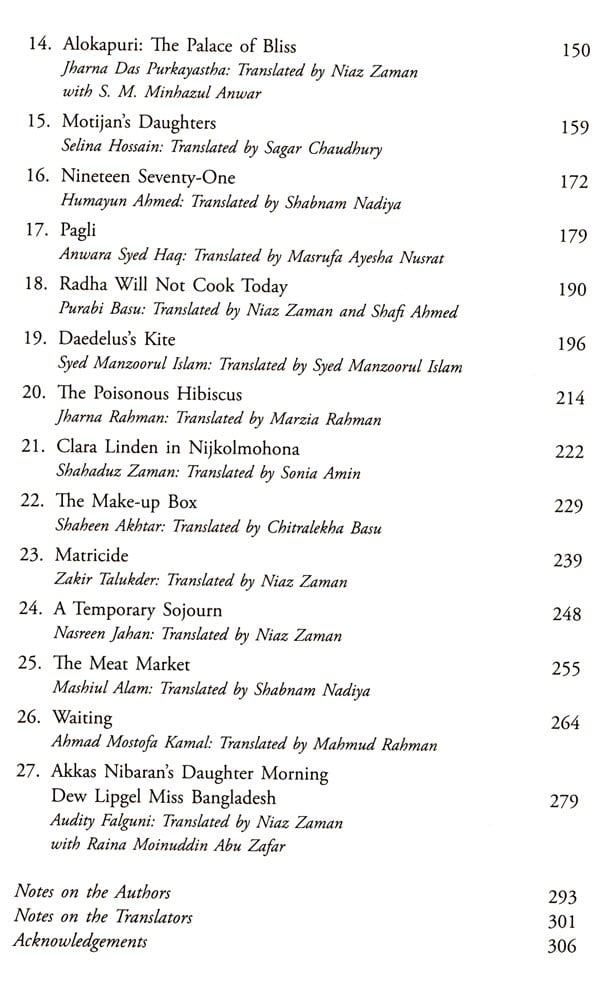 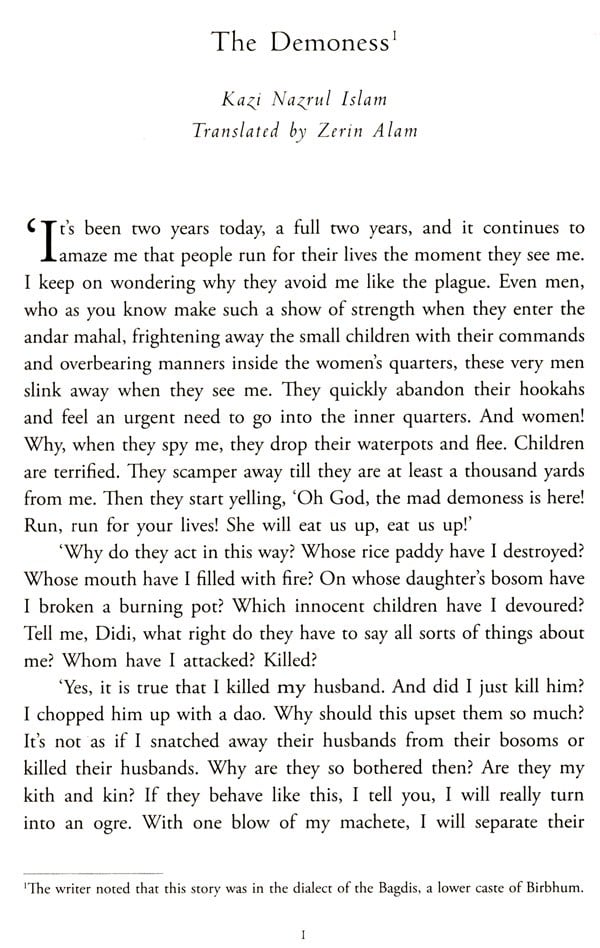 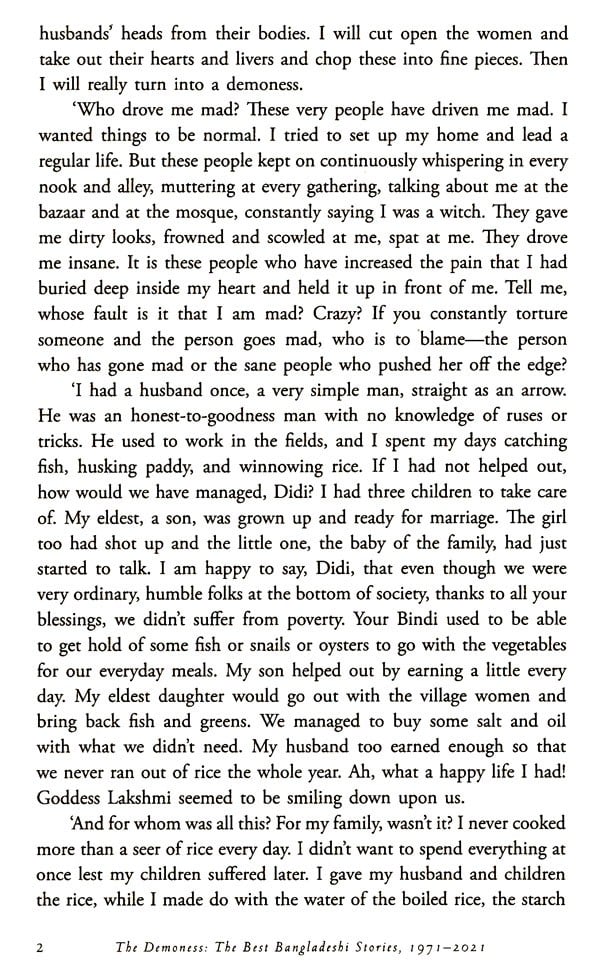 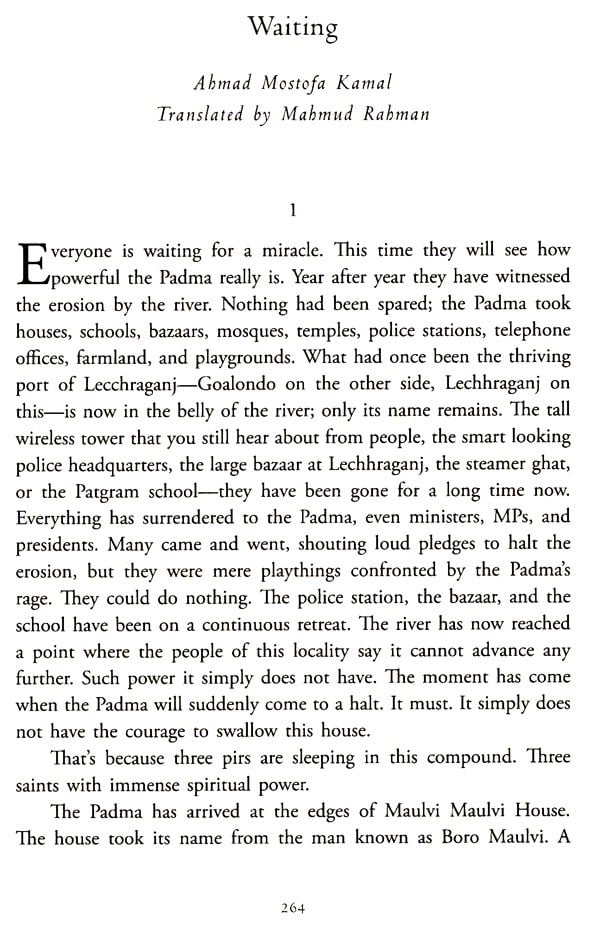 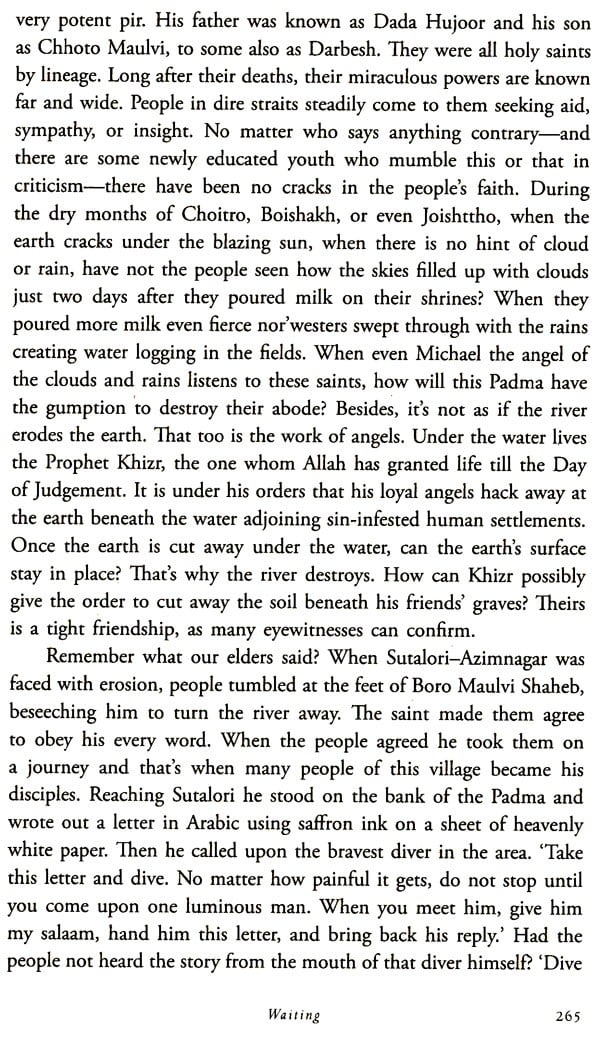