This book is about girls who are denied the right to live or to be born in India, but it asks why and how such a situation has come about. Daughter elimination in the form of sex selection, female infanticide and neglect is not an aberration or an idiosyncrasy-it accounts for a large number of missing girls in India, measure by the sex ratio imbalance in the 0-6 age group. The author examines this disturbing fact from the context of women’s lives to unravel the causes of daughter elimination, and the mechanisms which create and sustain an environment in which this is imaginable.

Using quantitative and ethnographic material, she explains how this practice unfolds in a region which has demonstrated relatively high human development and status of women. From the economic and socio-cultural causes fuelling daughter aversion vis-a vis son preference, we see the ways in which daughter elimination is institutionalized and reproduced. Reflecting on the way ahead, the book concludes that even as public policies can and should play a decisive role in reversing the immediate outcomes in favour of daughters, an environment favouable to daughters will need fundamental changes in social norms, attitudes and policies of governments and NGOs.

Sharda Srinivasan is Assistant Professor in International Development Studies at York University, Toronto. Her research focuses on gender-based discrimination and violence including young people’s experiences of them. Her current work examines the relative value of daughters and sons among the Indian diaspora in Canada, as well as the social transformation underway in India in context of daughter deficits. 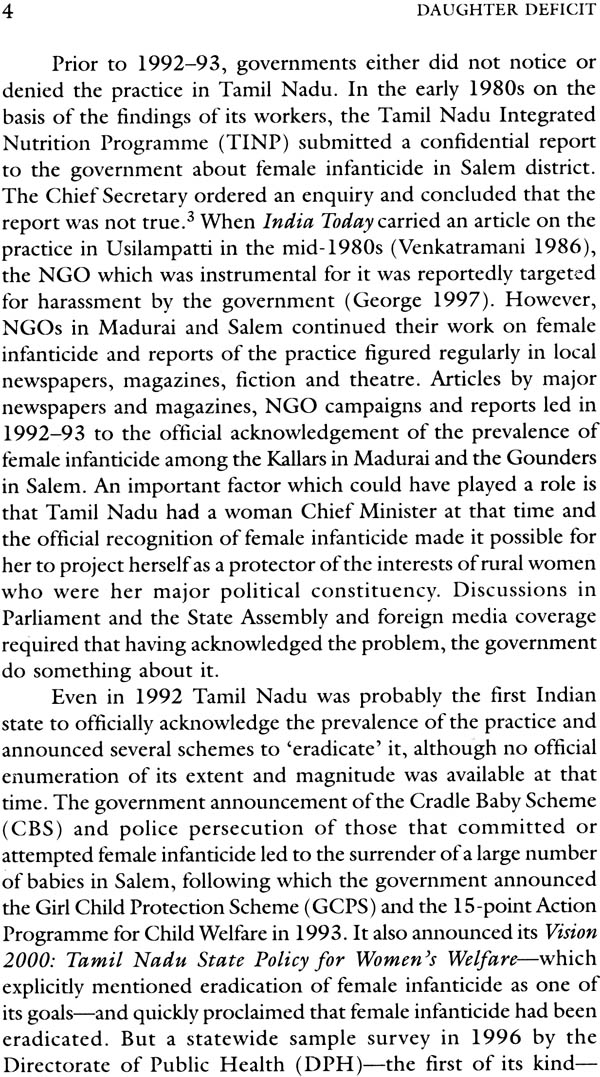 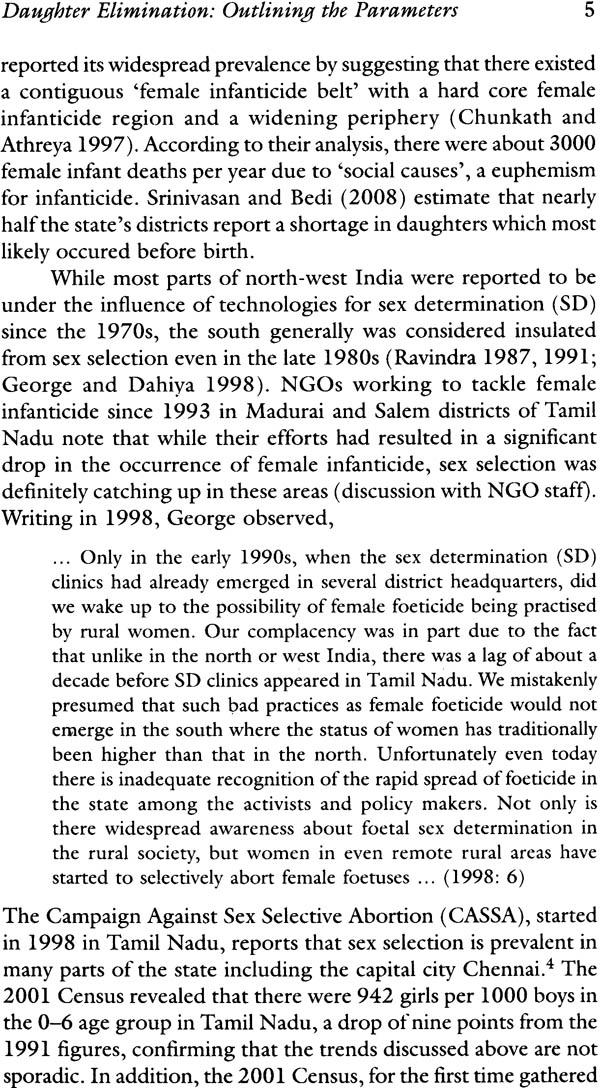 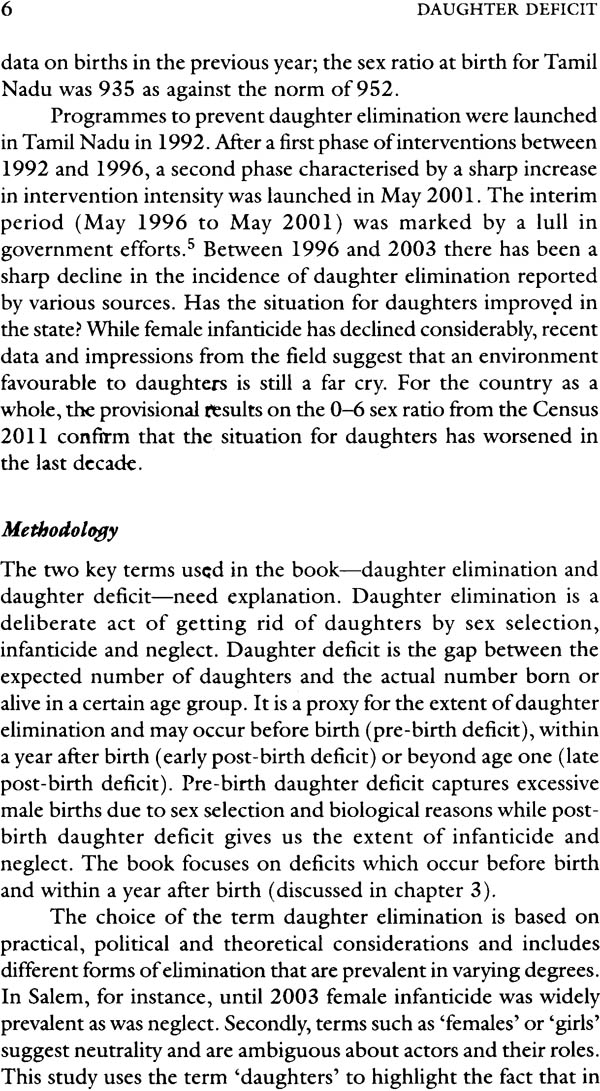 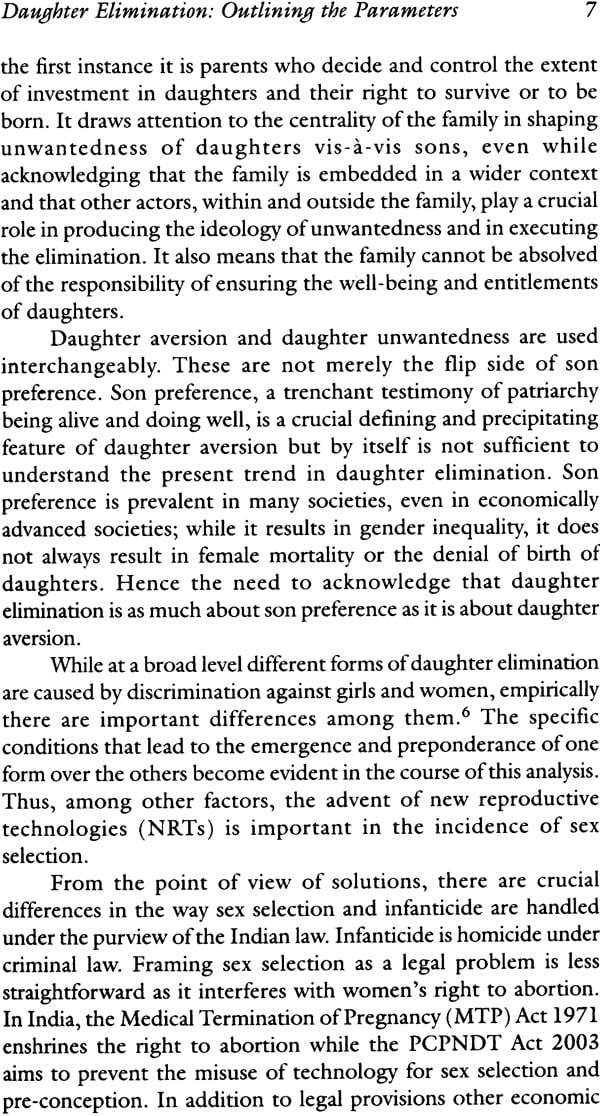 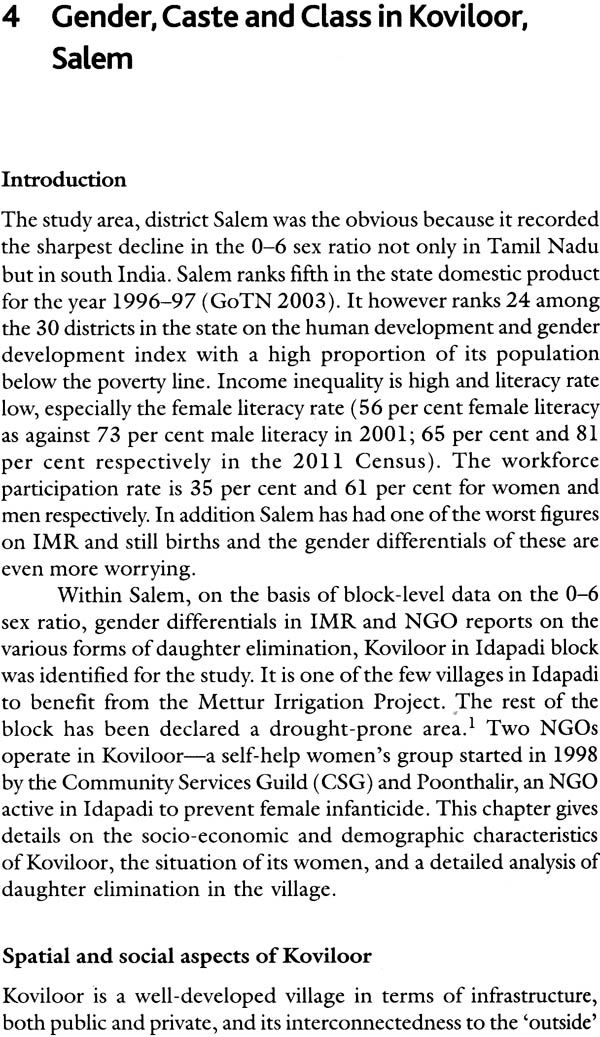 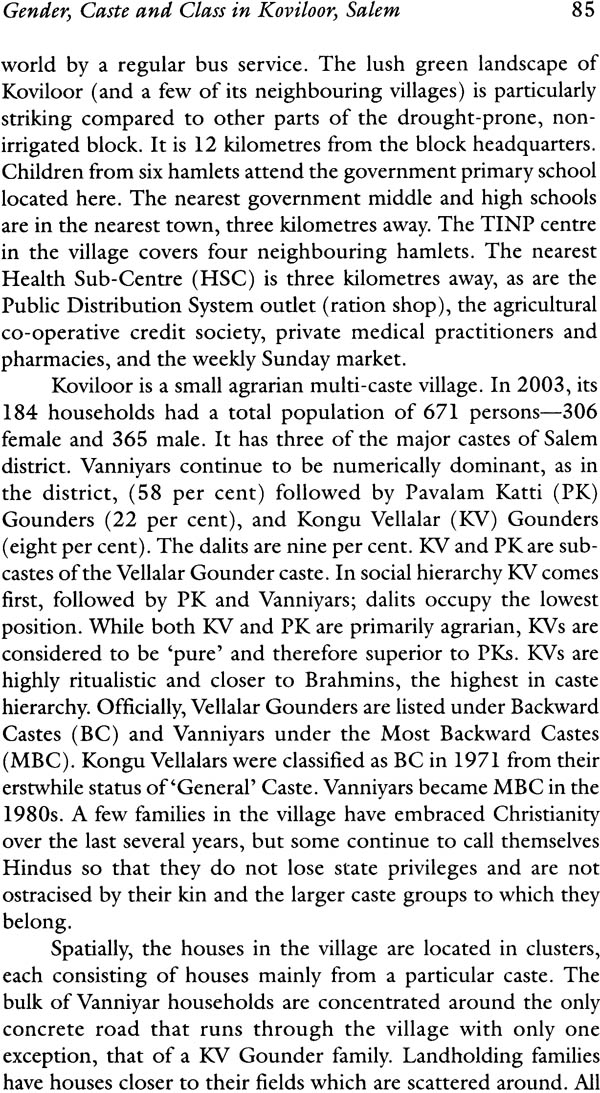 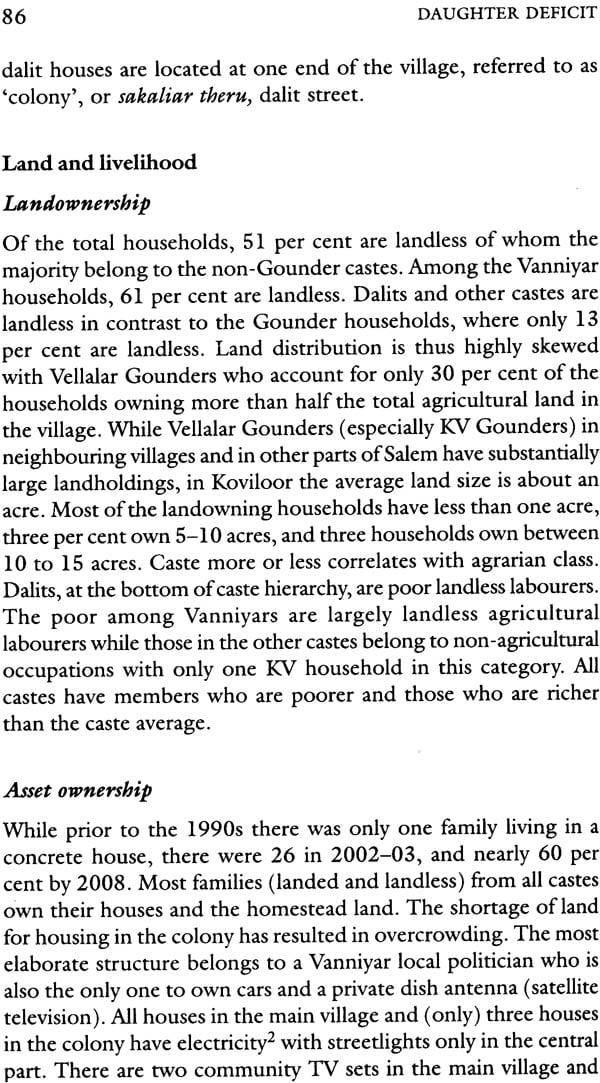 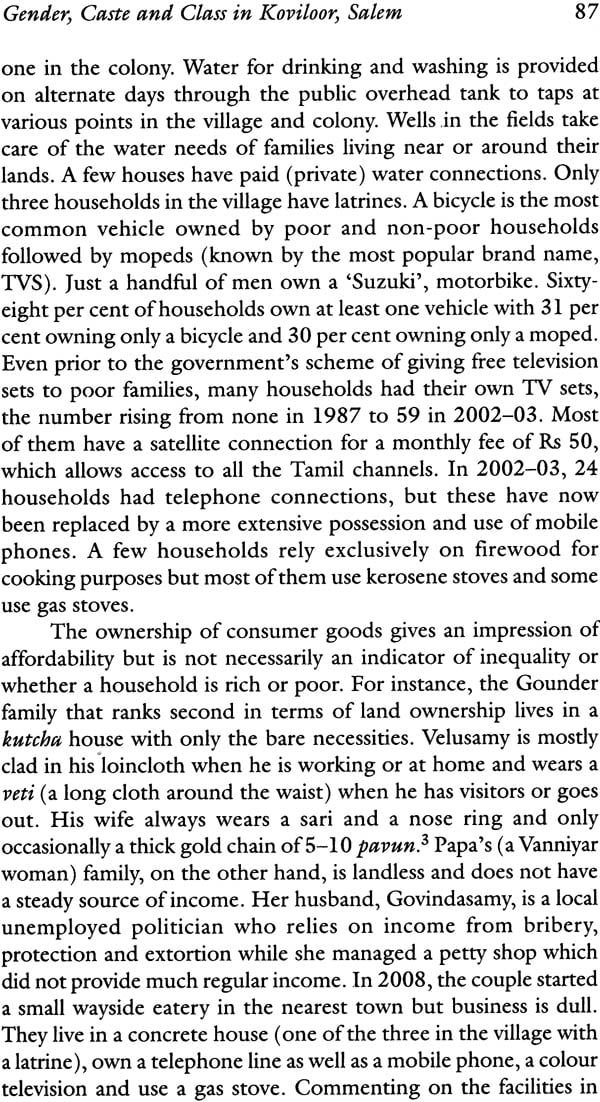 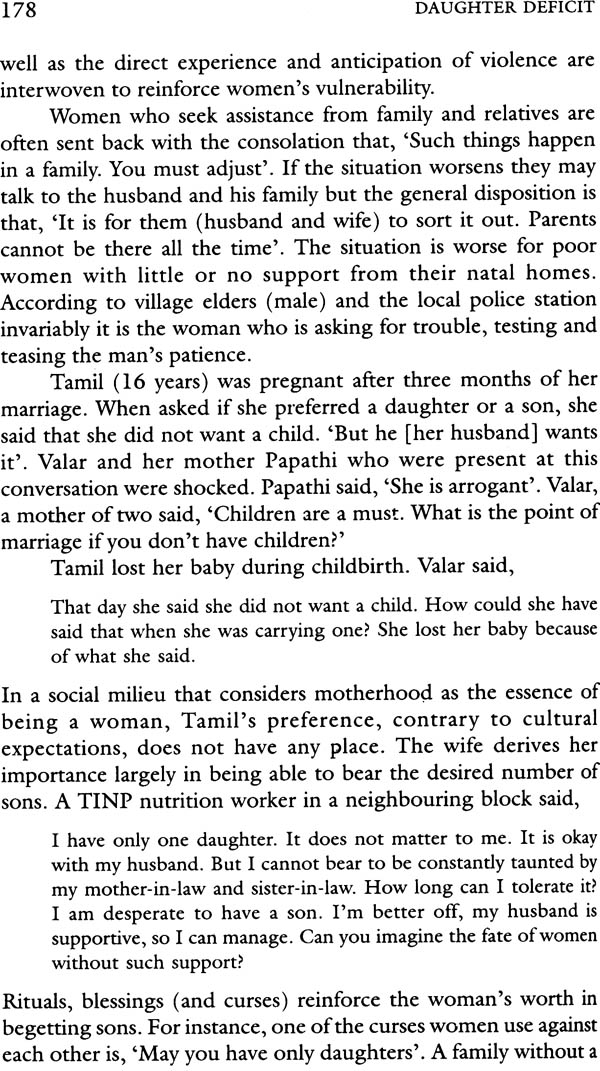 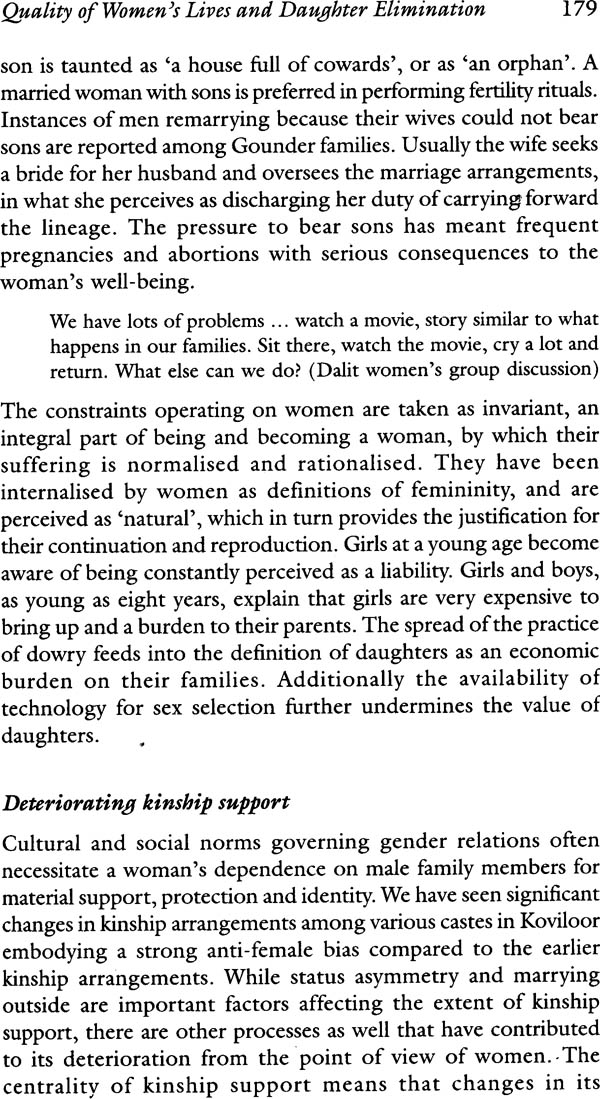 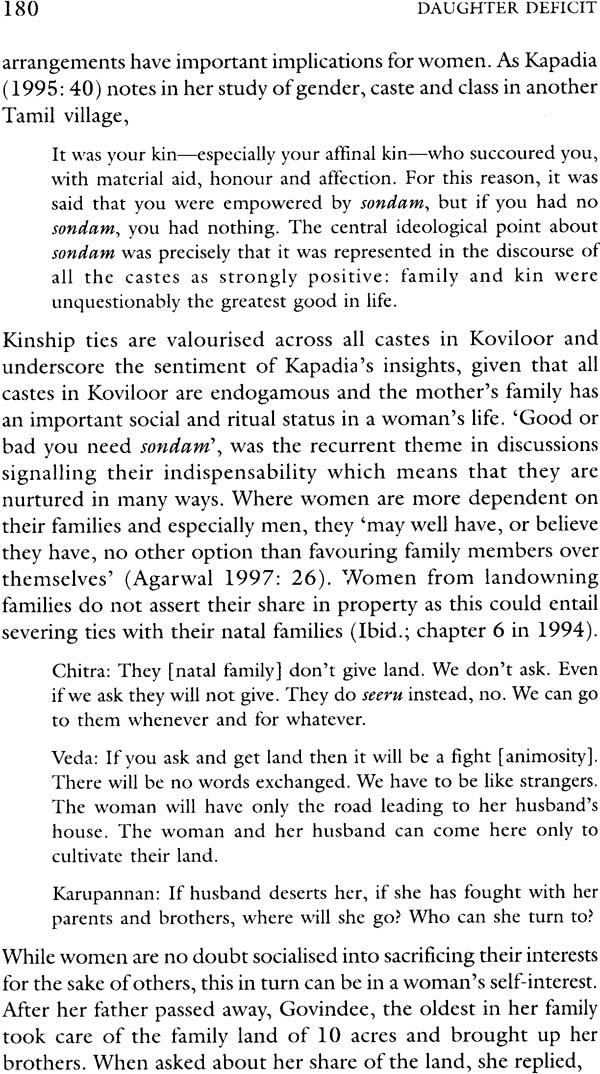 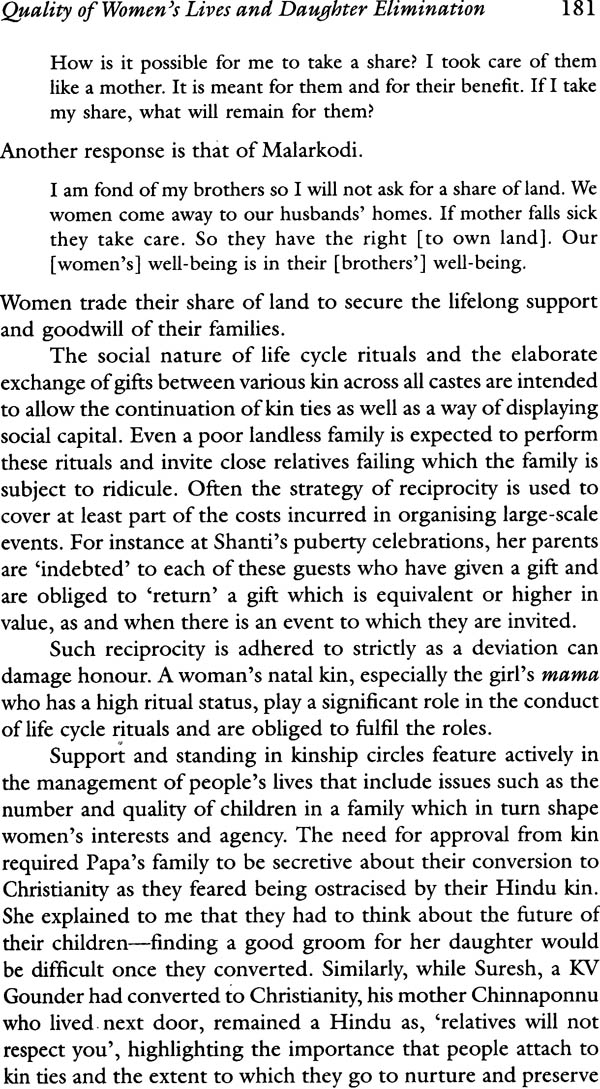 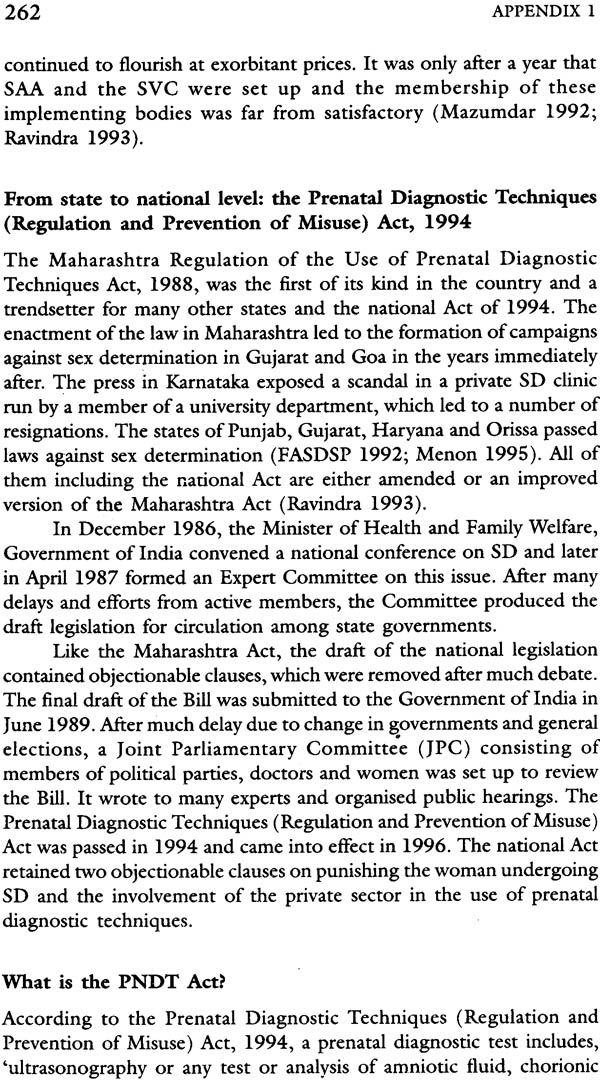 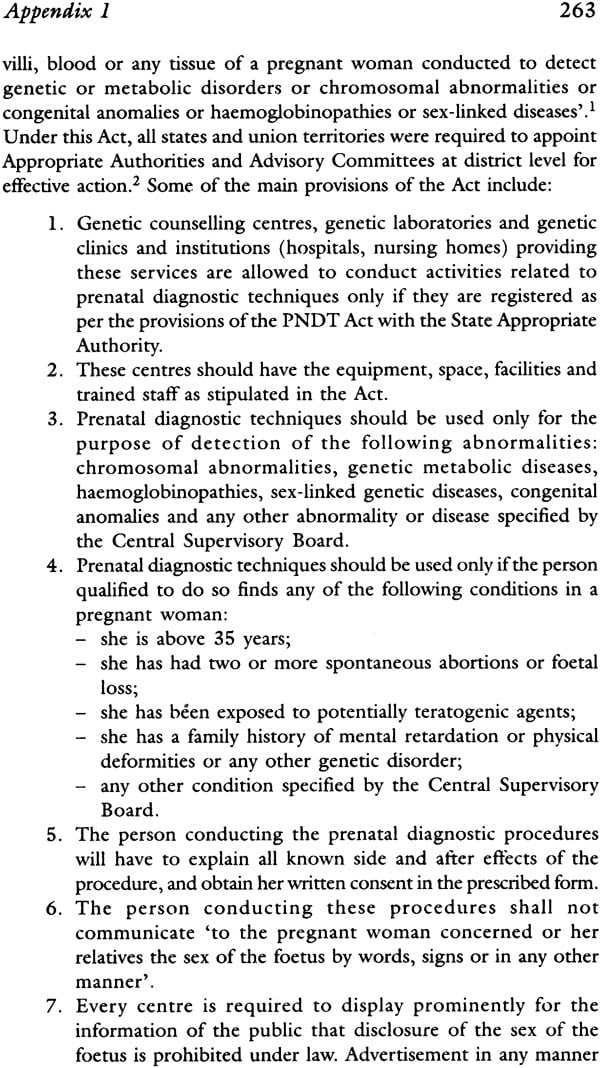 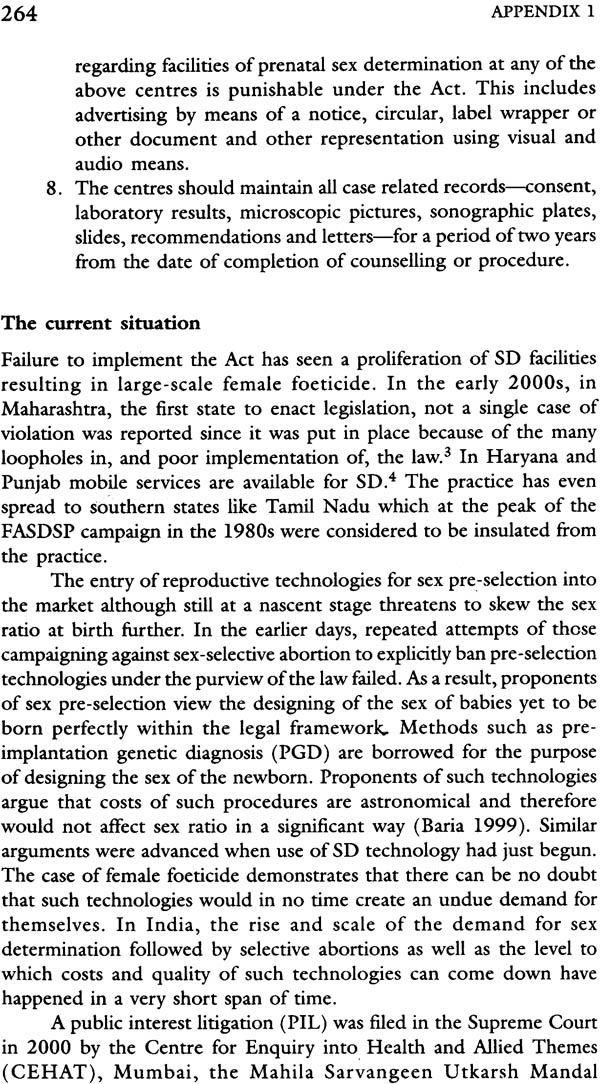 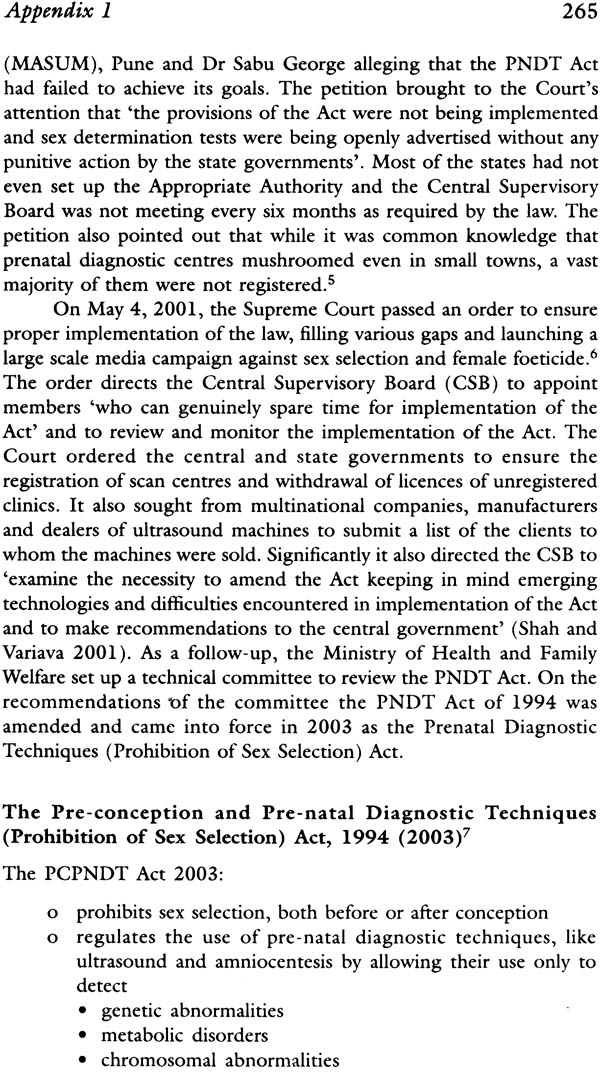 Guilty Without Trial: Women in the Sex Trade in Calcutta
By Carolyn Sleightholme & Indrani Sinha
$18 The Enigma of the Kerala Woman: A Failed Promise of Literacy
By Swapna Mukhopadhyay
$44.50
FREE Delivery Himachal: A Complete Guide to the Land of Gods
By Minakshi Chaudhry
$29
Out of Stock Social Stratification
By Dipankar Gupta
$39
Out of Stock