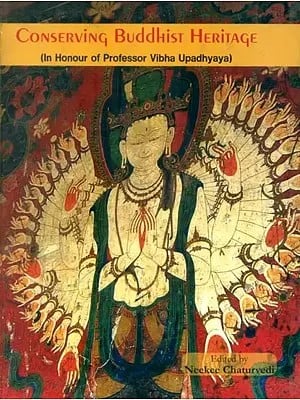 The volume underscores the uniqueness of Buddhist heritage as both a historical tradition and living heritage. Its conservation requires a specialized understanding of many different perspectives. This collection has been brought out in honor of Professor Vibha Upadhyaya; Director of Centre for Museology and Conservation and Buddhist Studies Centre, University of Rajasthan, Jaipur It is hoped that this volume will present fresh insights to make the conservation of Buddhist heritage more informed with a renewed role of documentation, archaeology and museums.

About the Author
Neekee Chaturvedi is a cultural historian with extensive teaching and research experience in Indian history and religious ideas, with specialization in Buddhist studies. Her research findings have been widely published which include six authored and edited books and journals and over forty research papers. She has taught history since 1998 and joined the Department of Indian Culture and History, University of Rajasthan, Jaipur in 2013. She is also the Deputy Director, Centre for Museology and Conservation, University of Rajasthan since 2015.
Preface
The collected papers in this volume are drawn from a conference held in the University of Rajasthan, Jaipur in March 2017 on the theme Conserving Buddhist Heritage and Role of Museums jointly organized by the Centre for Museology and Conservation and Buddhist Studies Centre. The presentations have been developed by the authors as contributions to this volume. The conference aimed to create knowledge about the multiple facets of Buddhist heritage with a view to conserve it and to strengthen and redefine the role of museums to serve. this purpose. The geography, context, iconography, history of heritage site&' and objects are fundamental to embark upon their conservation. Conserving religious heritage as wide-ranging as Buddhist requires a deeper sensitivity. On one hand one needs to preserve and maintain the artifacts of a 'bygone era while on the other one needs to address the concept of continuity in the conservation of living heritage.

The conference presentations discussed Buddhist heritage in multiple perspectives that dealt with both tangible and intangible aspects. Buddhist sites, Buddhist teachings, Buddhist artifacts and museum collections and practices emerged as focal points for documentation and conservation of Buddhist heritage. Hence, in view of the wide-ranging themes addressed, the volume is titled Conserving Buddhist Heritage. The contributors have engaged with documentation, symbolism, historical interpretation, regional archaeology, museum practices, philosophical heritage, and museum collections. The analysis of diverse themes and adoption of cross-disciplinary approach can fulfill many emerging conservation needs. The deliberations on the processes that shape Buddhist heritage aim to render better understanding to the conservators and scholars alike.

The first part of the volume is a thematic overview of the Buddhist heritage and the efforts to conserve it. Professor S N Dube's valedictory address traces the intangible heritage of Buddhism through its philosophical and cultural facets. He outlines its evolution in the context of revival and relevance. Professor Maheshwari Prasad focuses on the tangible heritage and provides a comprehensive and analytical account of conservation efforts. Professor Maheshwari Prasad was to deliver the inaugural address but could not arrive due to unavoidable reasons.

The second part of the volume is a compendium of essays that discuss Buddhist heritage through archaeology, symbolism and history. Dr B R Mani, in his keynote address, highlights the importance of conservation and documentation of Buddhist heritage in light of the destruction of monuments caused by urban growth, rise of population and misguided conservation efforts.

The paper focuses on two significant Buddhist sites in India, namely Sarnath and Nalanda and refers to state of preservation of Buddhist heritage in Maldives. With a plethora of archaeological details about this site, we are acquainted evocatively with the two binaries of destruction and restoration.

Buddhist heritage' cannot be understood without knowledge of the meanings imbued in various symbols. Professor Varsha Shirgaonkar discusses symbolism in the use of colours through semiotics. She constructs the philosophical and historical meaning of colours in Buddhist heritage. She traces the journey of communication through color from Vedic-Pauranik times to early Buddhism and moves on to Mahayana and Tantric Buddhism.

Professor RP. Pandey and Nand Kumar Mishra posit that many Buddhist symbols need to be considered within the culture of the people who follow it. Through an analysis of. specific symbols, the paper links them to cultural milieu and philosophical developments of Theravada, Mahayana and Tibetan Buddhism.

The expanding frontiers of knowledge and new methodologies necessitate periodic revisions, in analysis of archaeological sites. In this line, Professor Neelima Dahiya revisits the Buddhist heritage of Haryana while Dr D.P. Sharma presents the chronological evolution of early Buddhist art In mid- lower Ganga Yamuna Doab. As an important region of Buddhist archaeology, an account of Madhya Pradesh is presented by Dr O.P.Mishra. These archaeological studies underscore significant historical contexts. 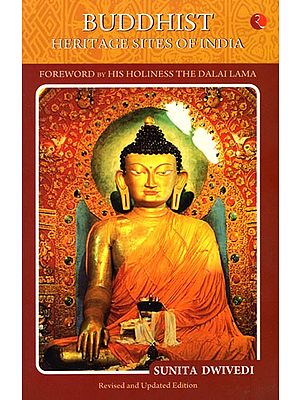 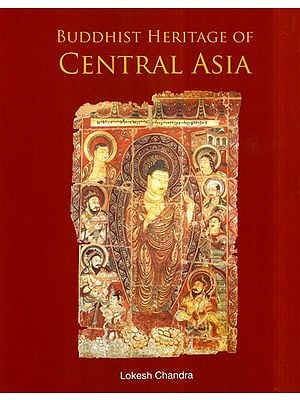 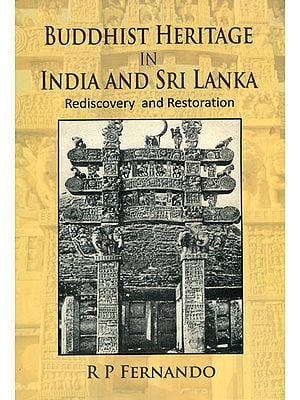 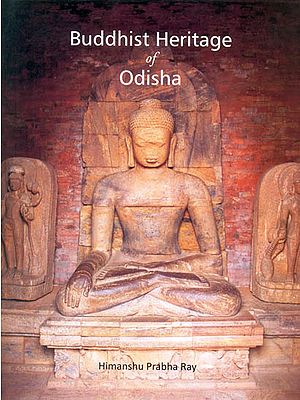 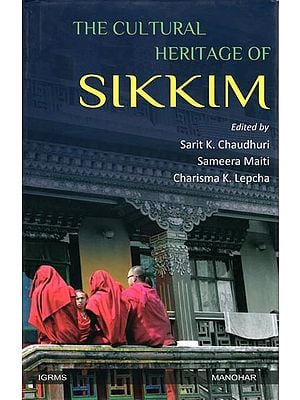