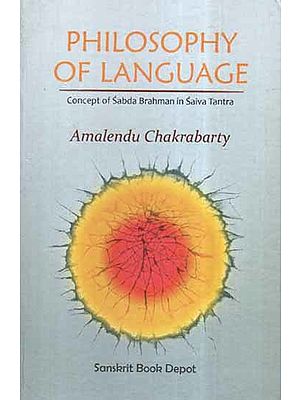 Concept of Sabda Brahman in Saiva Tantra (Philosophy of Language)

My acquaintance with Tantra, may be said by heritage. Vimalananda Swami, the famous commentator of the celebrated kaula hymn Karpuradistotra was my maternal great grand father. As a little boy with curiosity and hearing about this famous book, made me read it when I was a student of 8th standard. Before that, when my maternal grand mother said that that hymn contains all the mantras of the Godess Kali, I trusted it half-heartedly. But after reading the book, I came to understand that she was correct and the mode of camouflaged expressions attaracted me.

When I started studying linguistics, suddenly I came across two books, or rather booklets, published by the University of Burdwan-Srivijnanabhairava and Pratyabhijnahrdayam.

The stunning resemblance with the modern linguistics was my revealation of those books. Later I came across other books of Tantra, especially on Kashmir Saivism.

I found the philosophy of language of the doctrine of Tantra and gradually absorbed to it. The philosophical side of the linguistics also studied by that time to some extent and I thought of doing PhD on that subject. Late Professor Karunasindhu Das, encouraged me to take this topic as research work.

Now I am saying something on the topic.

The doctrine of Tantra, even after so many years of this modern era, is still considered as an outcast one. Such reactions from the West may be considered as natural. But what is the scene in India? Here too, in the very land of its birth, there are prejudices and wrong notions about it. Astonishingly all the five major sects (pancopasaka) viz Saiva, Sakta, Vaisnava, Saura and Ganapatya use the Tantrika mantras. Yet, with ignorance they shudder in the name of it and considered as a scripture of "some sort of dangerous black magics" and nothing else or at most a Saiva or Sakta scripture. Even a lot of Saiva sects and Samayacarin saktas consider it with similar ideas!

Hence we see that the doctrine of the Tantra is a much neglected one and there are some misconceptions about the same. Many call it as an "enigma". But the word is not appropriate according to me for the following reasons:

1. The scripture is meant for those who seek the liberation. It is no riddle or puzzle to solve.

2. It is a practical subject that is to be known from the Guru/sect.

3. The true meaning of a particular thing is revealed only to an insider. Naturally it would appear to a non-Tantrika as meaningless or a puzzle.

4. The vast encyclopaedial nature of the Tantra, which treats so many subjects together, also confuses an outsider. The real thing/meaning lies always hidden within the sect. If we want to judge it from outside without knowing its proper terminology, we will act as "those blinds, which went to see the elephant" in the famous story (an example typically and popularly used in Indian culture, especially by the philosophers and the logicians).

Fortunately, the revelation of its true form and its very high philosophy is being done by many scholars like Yamunacarya, Ramanuja, Bhaskararaya, Sivacandra, Sir John Woodroffe, Pratygatmananda Sarasvati, MM Gopinath Kaviraj and others from a very old time.

As the Tantra has been focused by Sri Sivachandra Vidyarnava Bhattacharyya and his disciple Sir John Woodroffe and many others after them have made tentative on the doctrine, naturally many discussions on the concept of Sabdabrahman in the Tantra. 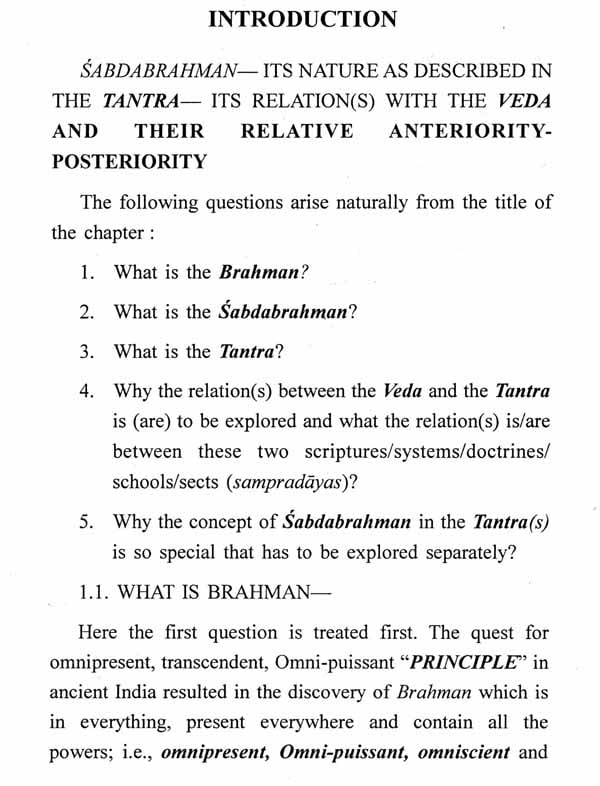 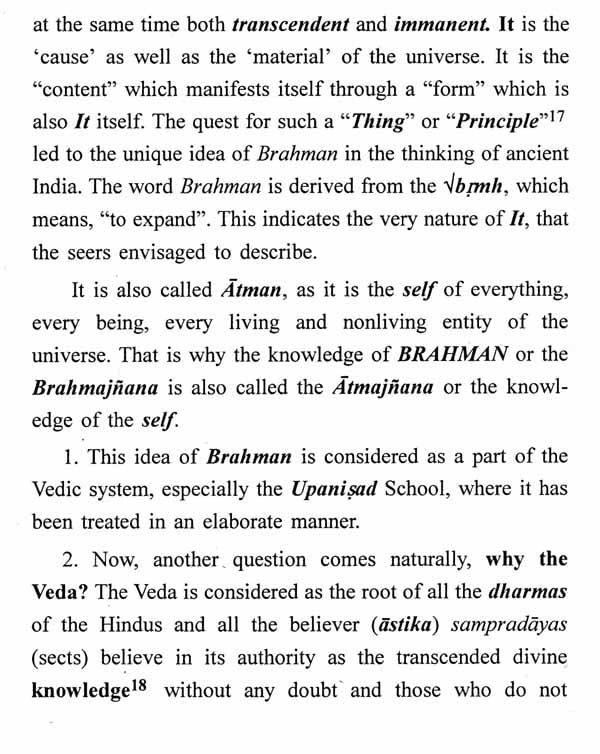 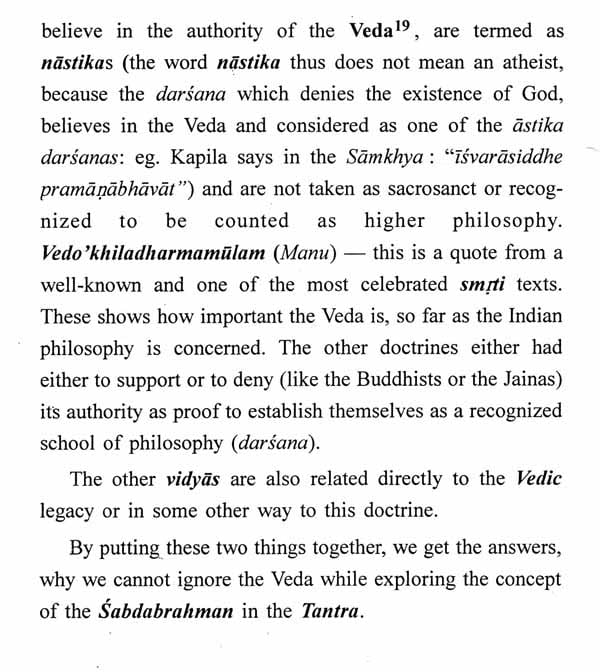 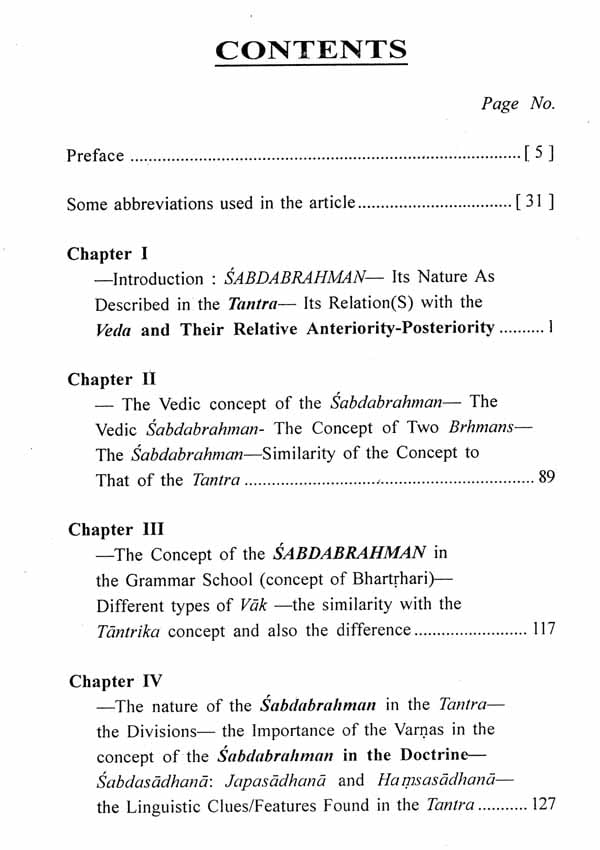 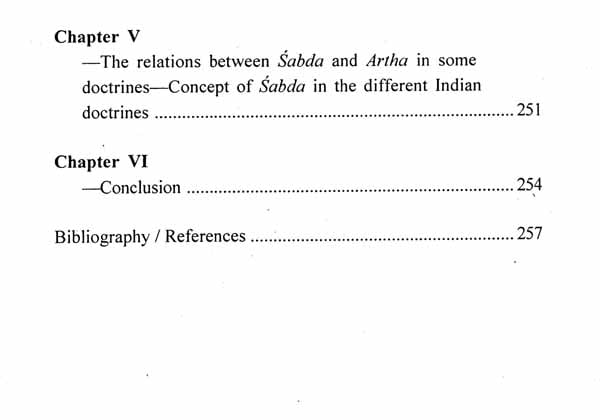 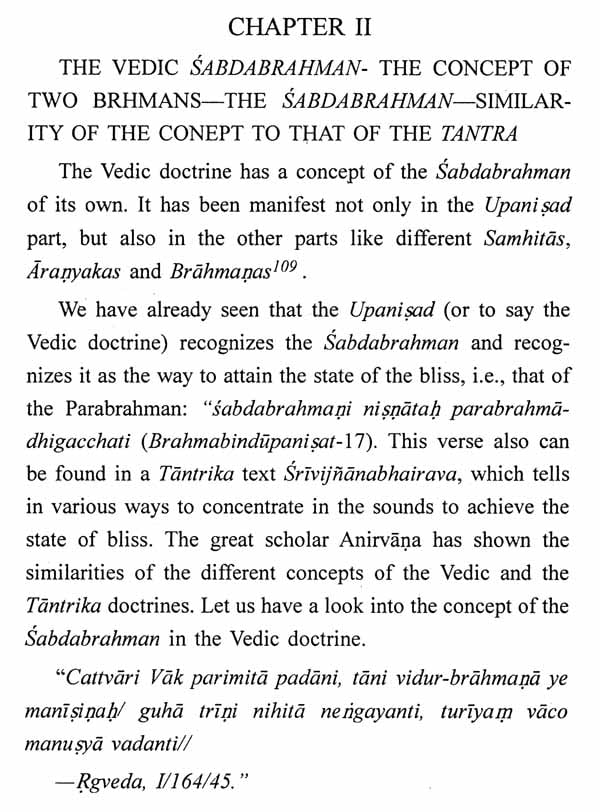 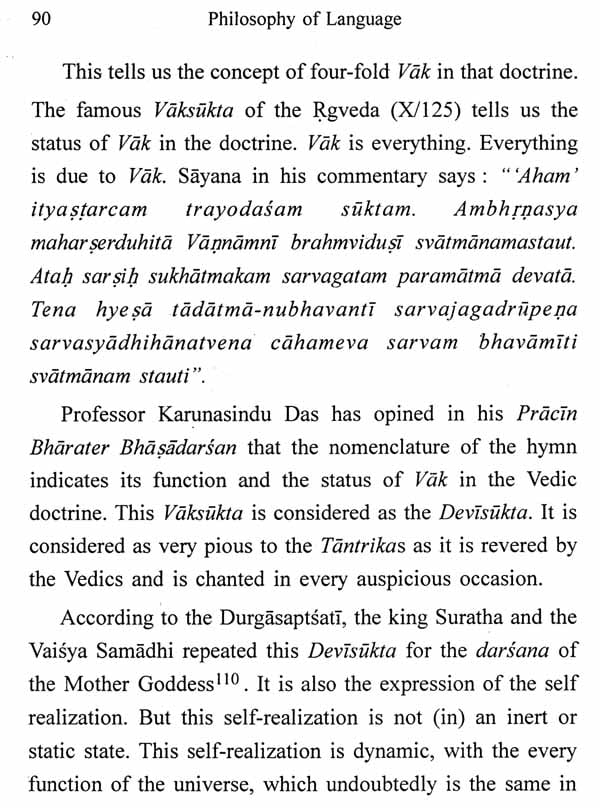 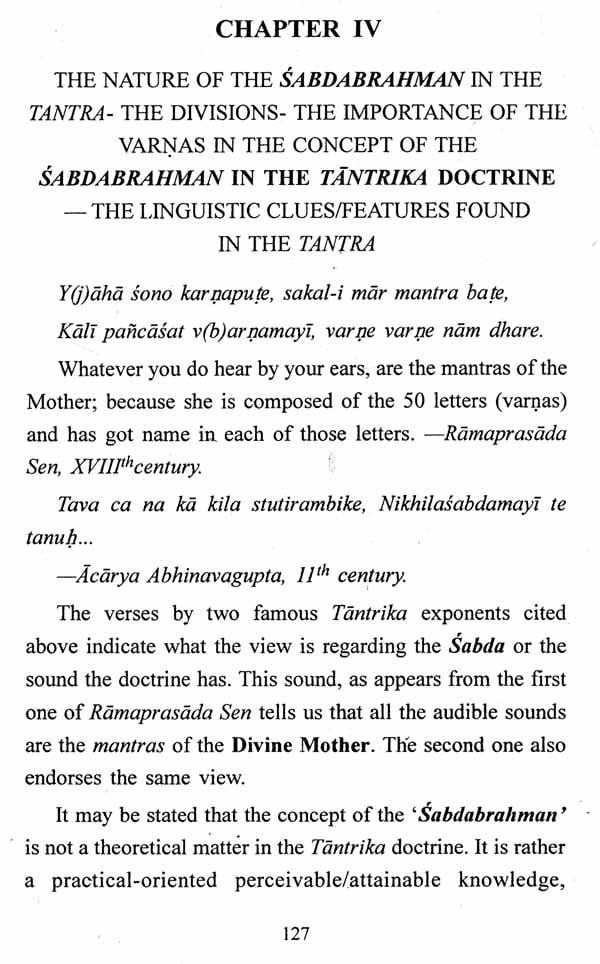 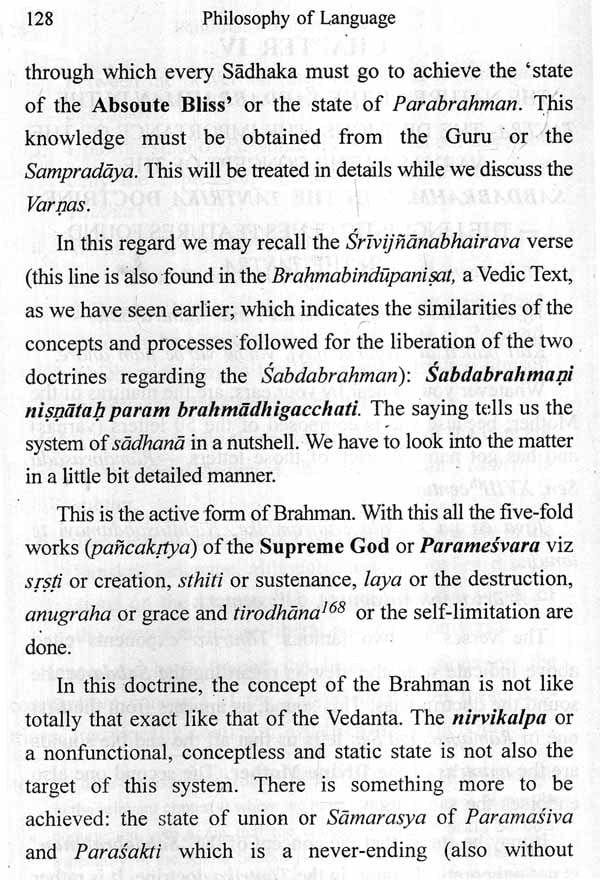 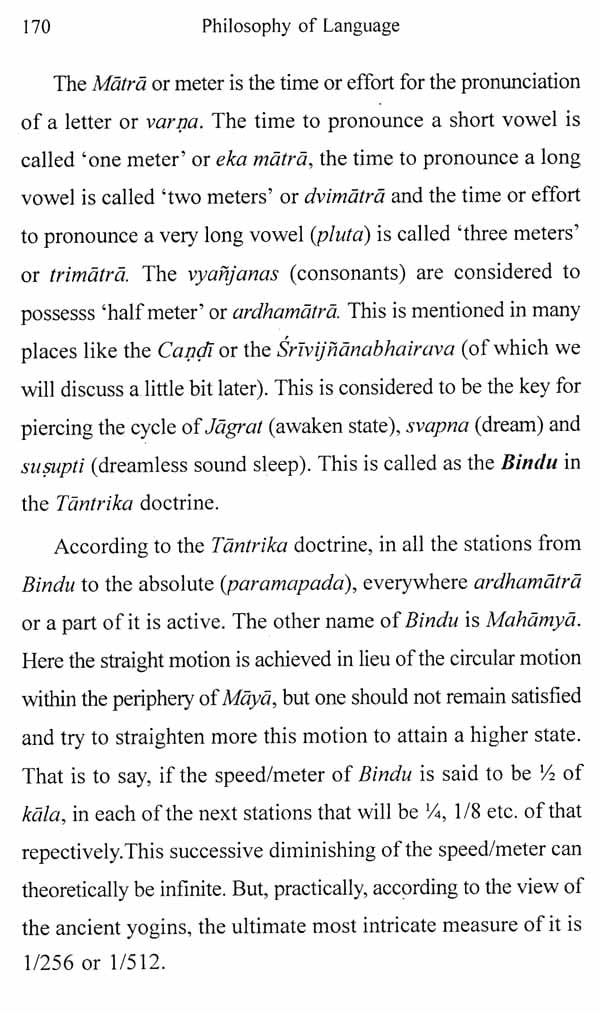 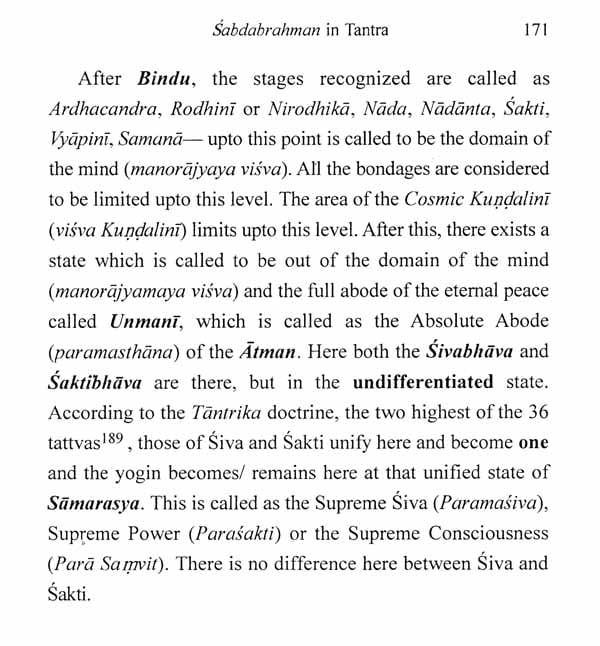 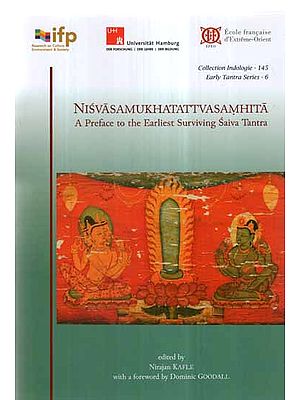 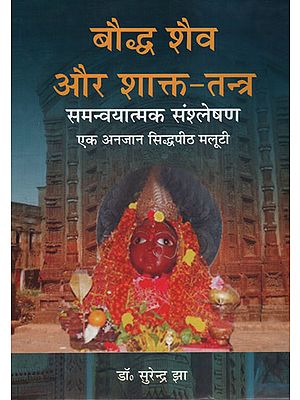 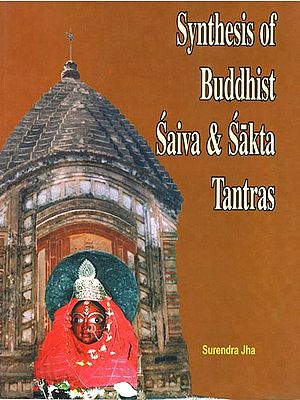 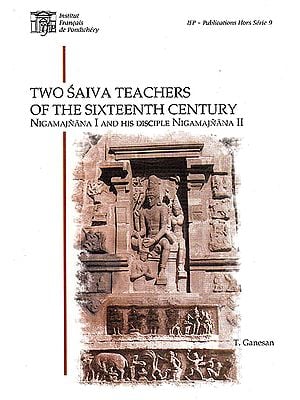 Two Saiva Teachers of the Sixteenth Century Nigamajnana I and His Disciple Nigamajnana II
By T. Ganesan
$52
FREE Delivery 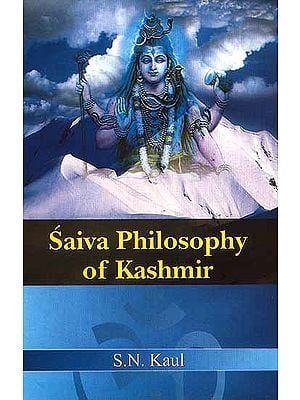 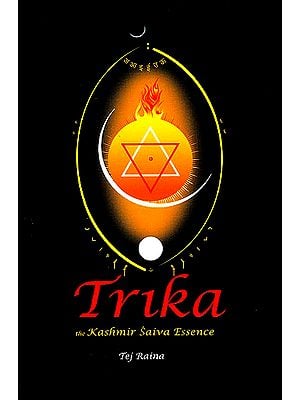 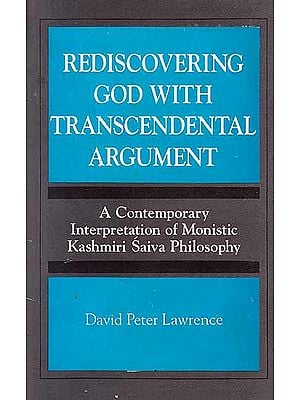