Mahesh Dattani is much more than India's best-known playwright. He is a director, writer and dancer all rolled into one. Writing for the sheer pleasure of communicating with his audience. Dattani is the first Indian playwright writing in English to have won the Sahitya Akademi award. Moored in living social contexts, his plays address questions of sexual identity, religious faith, family ties and gender - issues that are of immense significance to contemporary urban India.

Collected Plays Volume Two: Screen, Stage and Radio Plays showcases Dattani's talent as a writer and director and his wide thematic and stylistic range. The ten plays in this volume include Thirty Days in September, performed extensively in India and abroad to commercial success and critical acclaim, the radio plays aired on BBC Radio and the screenplays of Mango Souffle (Winner of the Best Motion Picture Award at the Barcelona Film Festival), Dance Like a Man (winner of the Best Picture in English awarded by the National Panorama) and Morning Raga, premiered at the Cairo Film Festival and winner of the award for best artistic contribution. With a general introduction by Jeremy Mortimer of BBC Radio and notes on individual plays by actors like Lillete Dubey and Shabana Azmi, the plays in this collection provide fascinating insights into the human psyche and reveal just how caught up we are in the complications and contradictions of our values and assumptions.

He has worked as a copywriter in an advertising firm and subsequently with his father in the family business. His theatre group Playpen was formed in 1984, and he has directed several plays for them, ranging from classical Greek to contemporary works. In 1986, he wrote his first full-length play, Where There's a Will, and from 1995, he has been working full-time in theatre. In 1998, he set up his own theatre studio dedicated to training and showcasing new talents in acting, directing and stage writing, the first in the country to specifically focus on new works.

Dattani is also a film-maker and his films have been screened in India and abroad to critical and public acclaim. His firm Dance Like a Man has won the award for the Best Picture in English awarded by the National Panorama.

In 1998, Dattani won the Sahitya Akademi award for his book of plays Final solutions and Other Plays, published by East-West Books Chennai, thus becoming the first English language playwright to win the award.

Dattani teaches theatre courses at the summer session programme of Portland State University, Oregon, USA, and conducts workshops regularly at his studio and elsewhere. He also writes plays for BBC Radio 4. He lives in Bangalore.

The art entre Walter Pater said that all arts 'aspire to the condition of music'. I maintain that all drama 'aspires to the genre of the detective play'. Why after all, does the theatre audience come back to their seats after the interval? If not to try and find out why it is that the characters they see 'strutting and fretting' on the stage are so driven, and to wonder at the denouement and feel the catharsis of the resolution. If the resolution includes the unravelling of a dark and mysterious crime, then so much the better.

So I was particularly pleased when Mahesh Dattani, having seen his first radio play, Do the Needful through to a successful broadcast, told me that he was tempted to create a radio detective. Uma Rao has all the hallmarks of a successful sleuth. She is fiendishly intelligent (rather more so than her unfortunate husband), she is fearless, and her motivation is entirely honourable. She wants nothing more than to see justice done, and the guilty punished. She also has that quality, shared by Miss Marple and Sherlock Holmes, of being able to assume the mantle of invisibility when she so chooses. Not literally of course, but she knows that she can insinuate herself into situations where the uniformed police would be unable to go. In his Uma Rao plays, three of which are contained within this volume, Mahesh Dattani can also be seen pulling the wool over the eyes of his audience. There is something apparently 'safe' about the detective play. The characters-the English aristocrat, or the Diva-like actress-are rather larger than life. So, we feel, these plays cannot be read as a commentary on the real world. But hold on a moment! The issues are far from superficial. Here, guided by the confident Mrs Rao, we are led to face up to questions of sexual identity, religious faith, family ties and the feelings of parents for their children.

All the issues in fact which Mahesh Dattani has made his own in his stage work. I remember seeing a production of Bravely Fought the Queen in London nearly ten years ago and thinking, as I waited for the revelations of the third Act, 'here is a writer who has seen and learned from the work of Tennessee Williams!'. The issues of maternal love are prominent in the two other plays in this volume, The Tale of a Mother Feeding Her Child and Clearing the Rubble, both of which are set around natural disasters.

The Tale of a Mother Feeding Her Child is a short, but powerful monologue, which manages to overlay the story of an English woman revisiting India for the first time in many years, with that of an Indian woman widowed during a savage drought. It is a bold and moving story which asks important and revealing questions about the relationship between two very different worlds. Clearing the Rubble, written as a direct response to the 2001 earthquake in Gujarat, also develops this theme. In Clearing the Rubble, an English journalist revisits Bhuj a year after the earthquake, desperate to trace a boy he helped free from the rubble. In both plays the English characters learn how to take an active role in the events in India, but both characters also learn that they are limited by their own background and outlook.

As Uma Rao says in Uma and the Fairy Queen, 'What a tangled web'. Taking her cue from Sir Walter Scott ('What a tangled web we weave when first we practise to deceive'), Uma could well be commenting on her creator's art. Mahesh Dattani does not seek to cut a path through the difficulties his characters encounter in his plays; instead he leads his audience to see just how caught up we all are in the complications and contradictions of our values and assumptions. And by revealing the complexity, he makes the world a richer place for all of us. 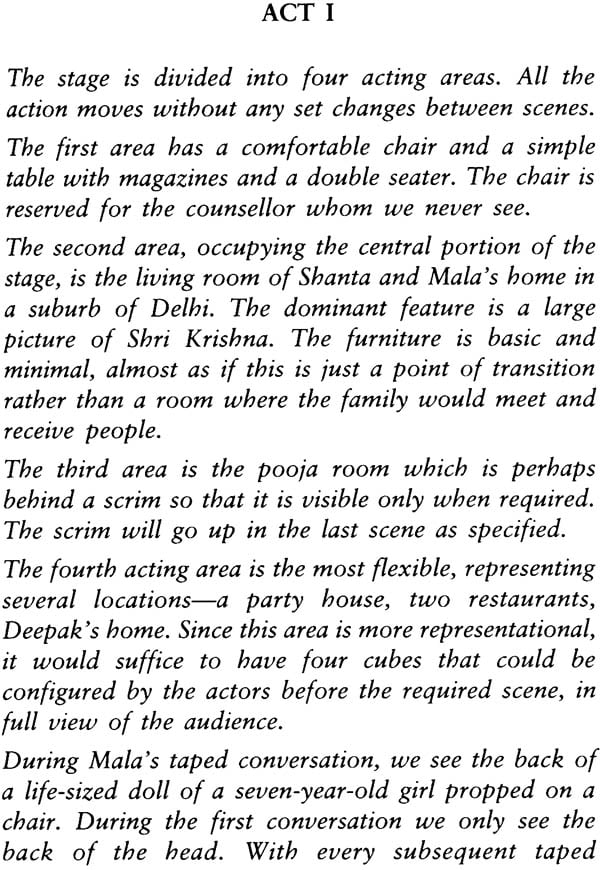 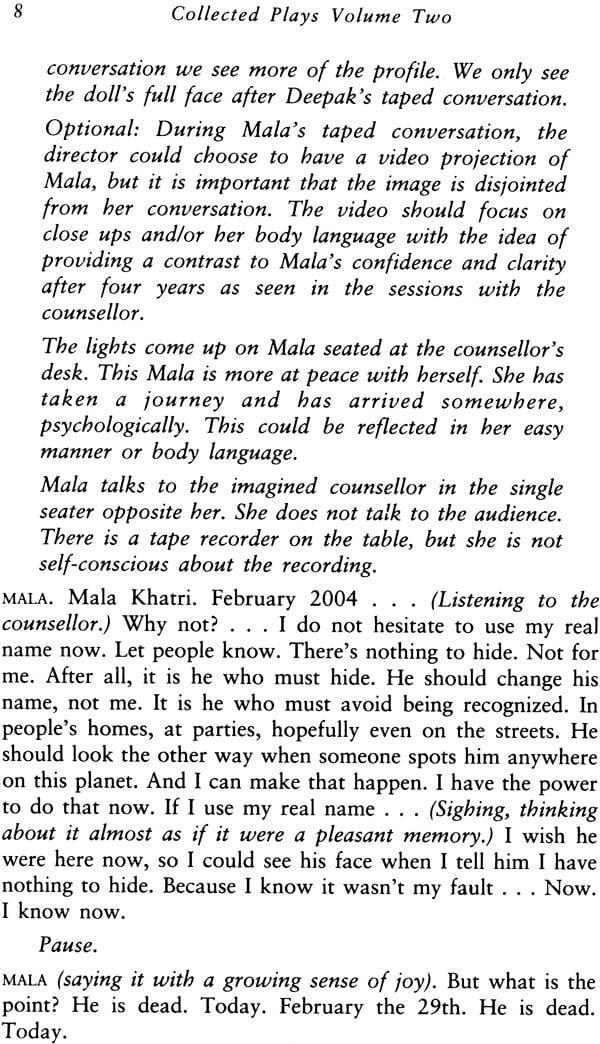 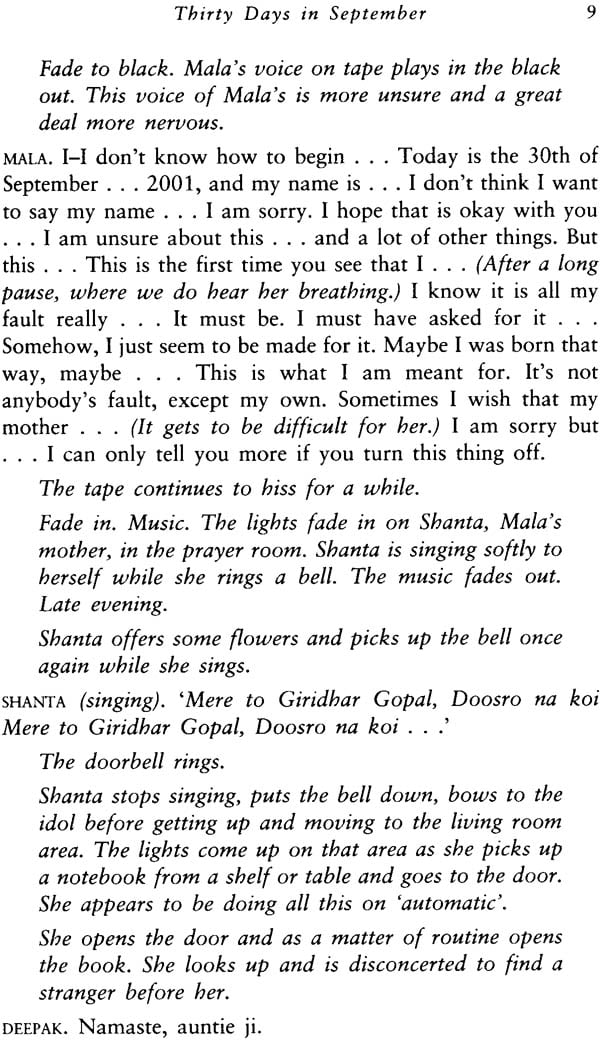 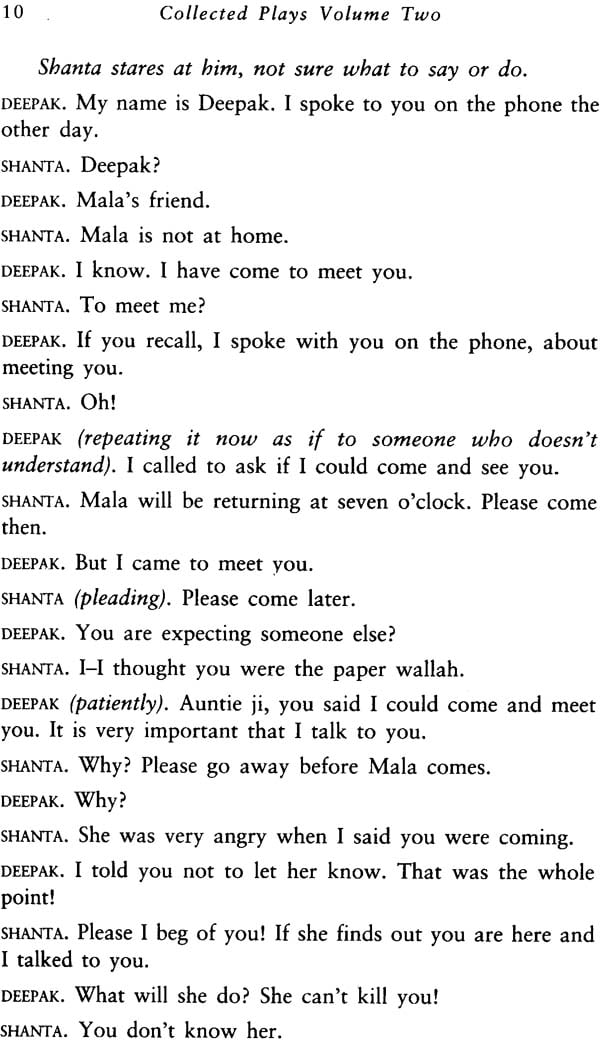 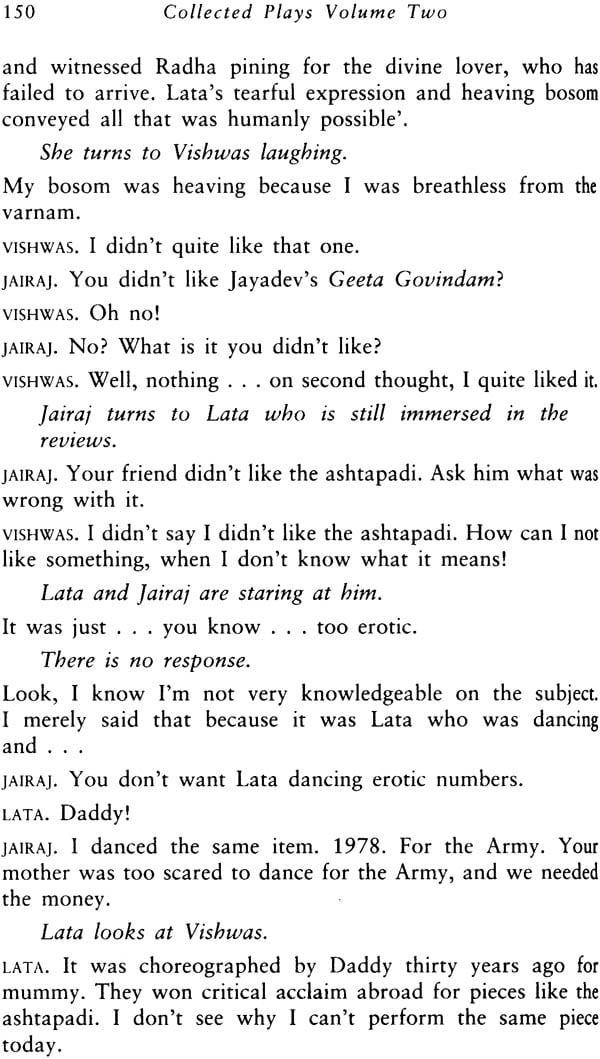 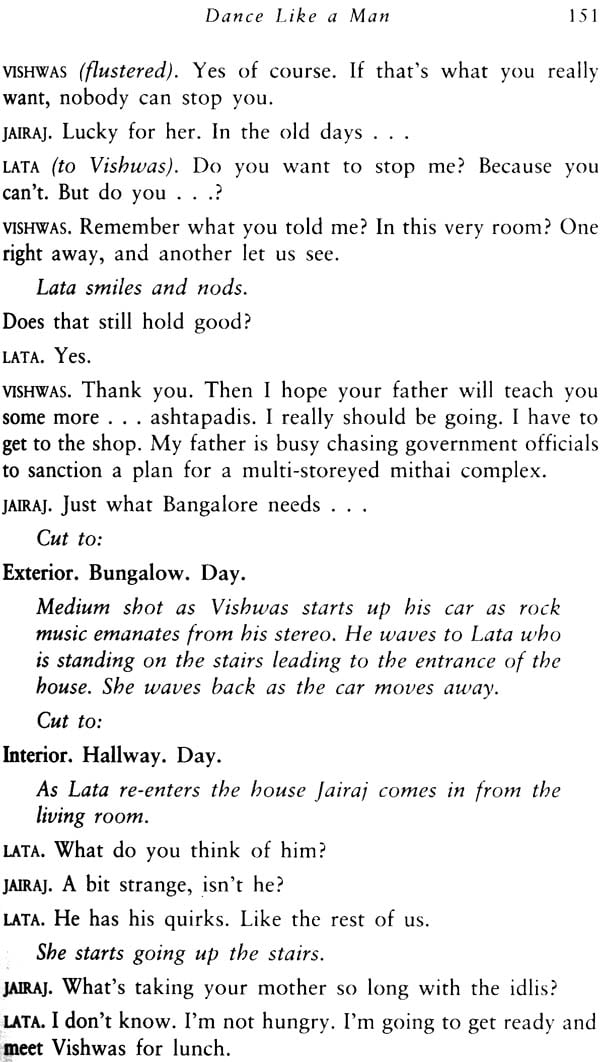 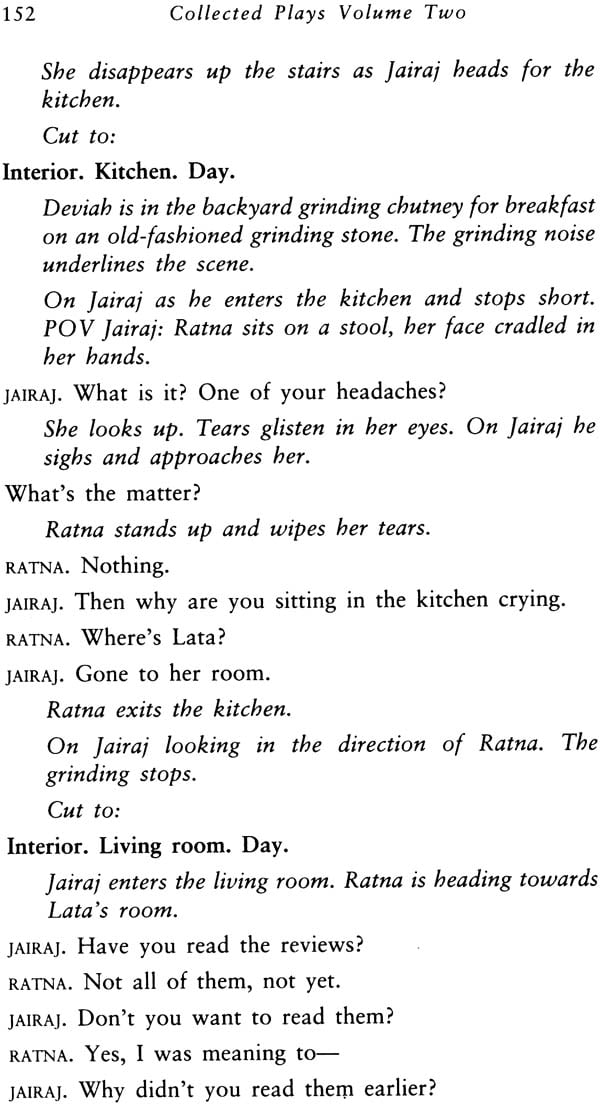 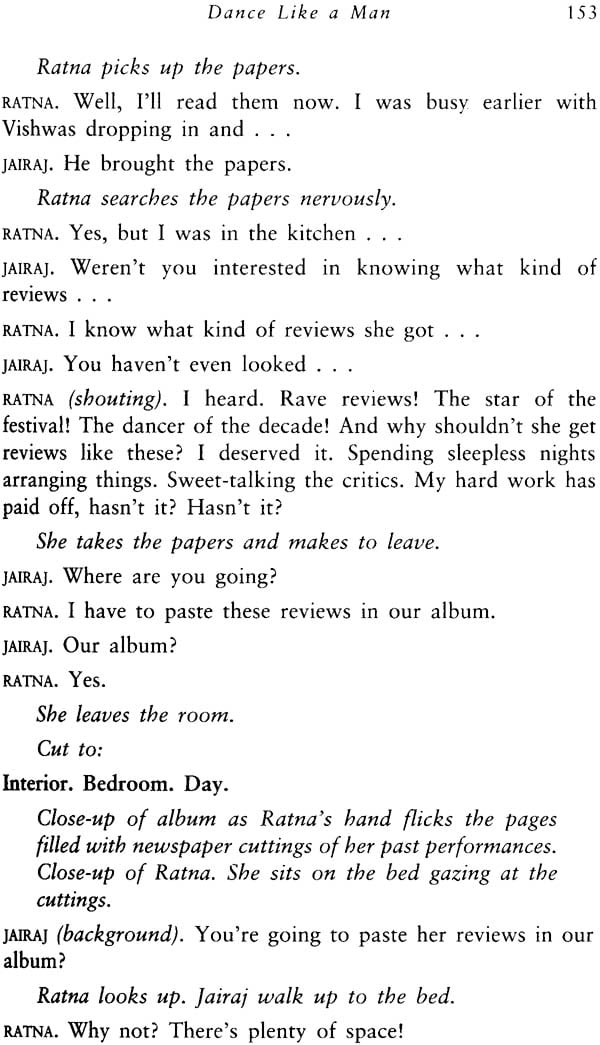 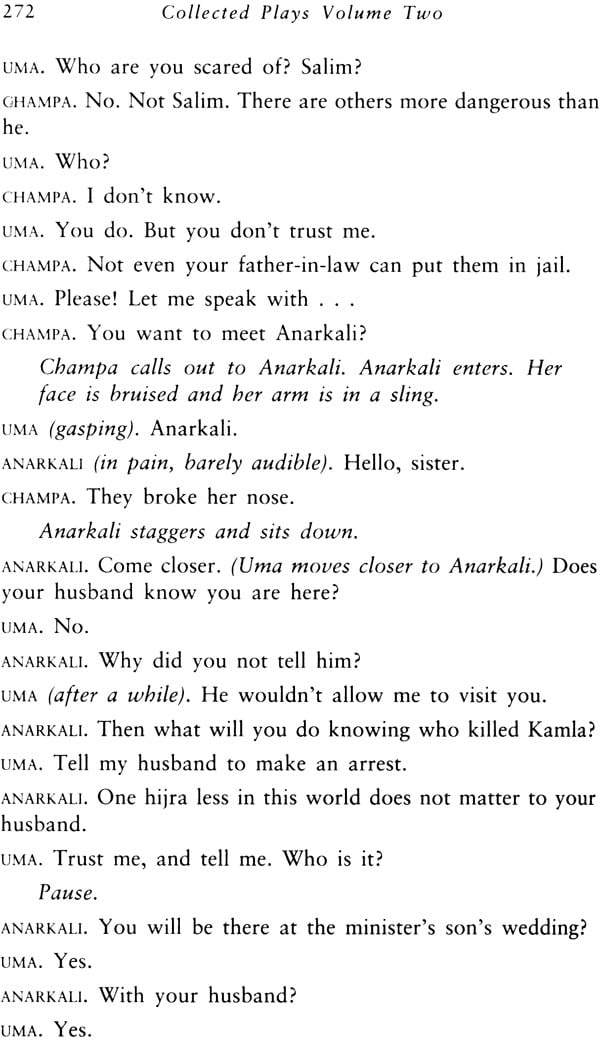 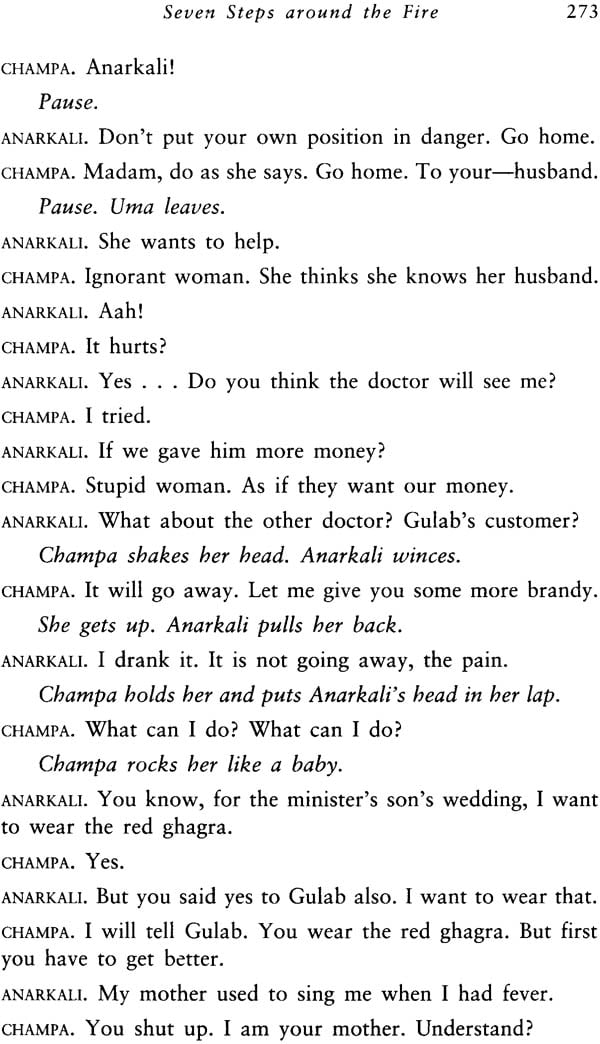 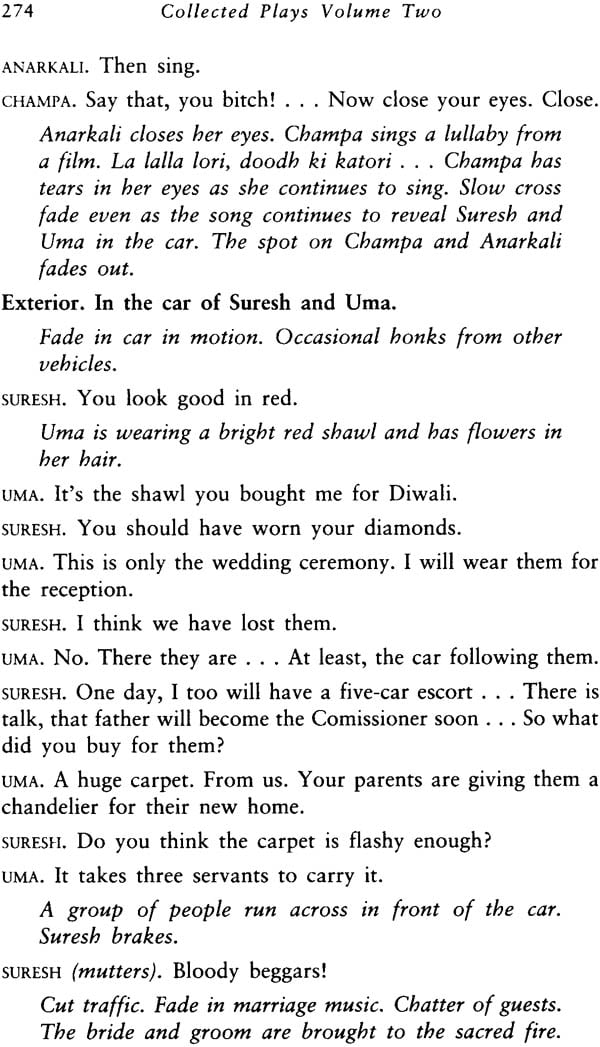 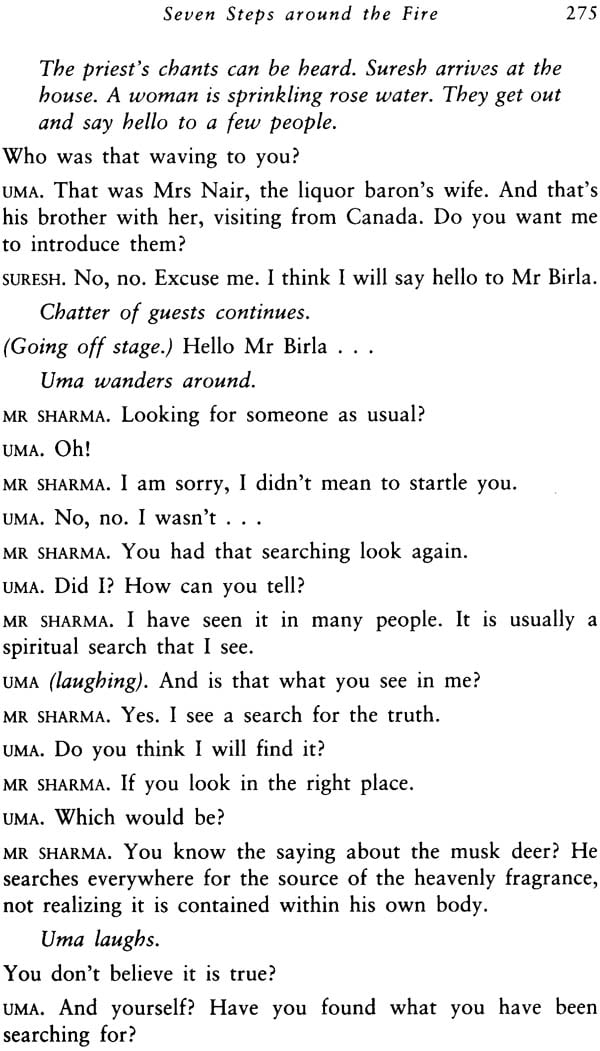 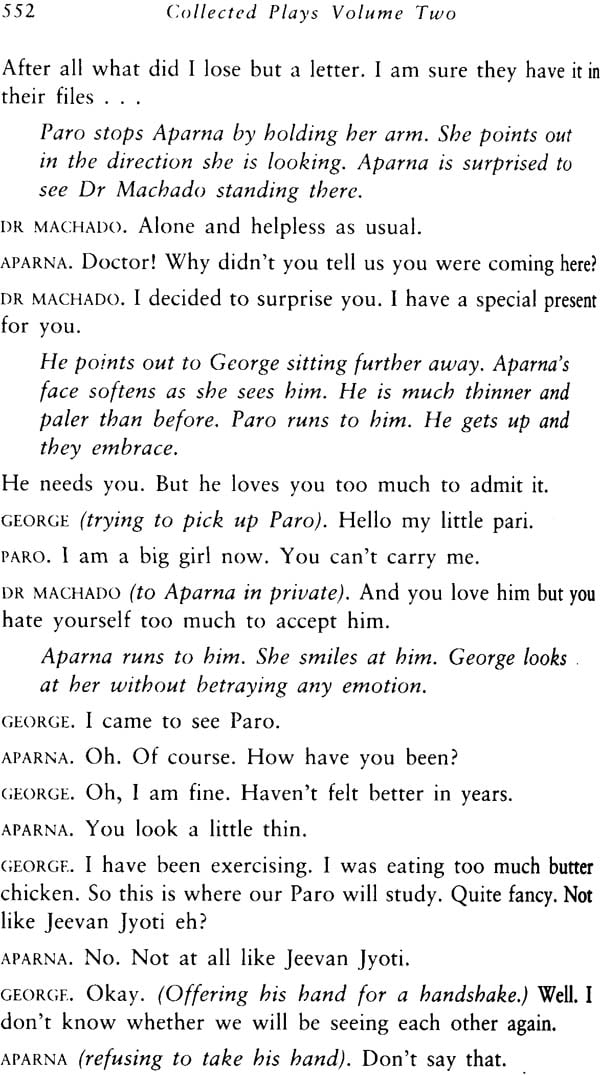 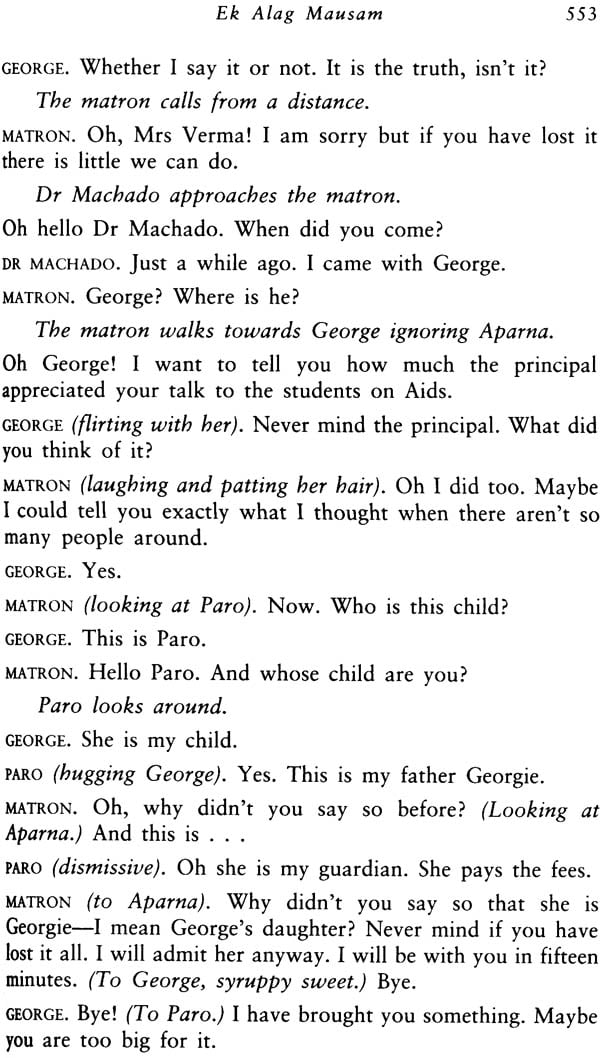 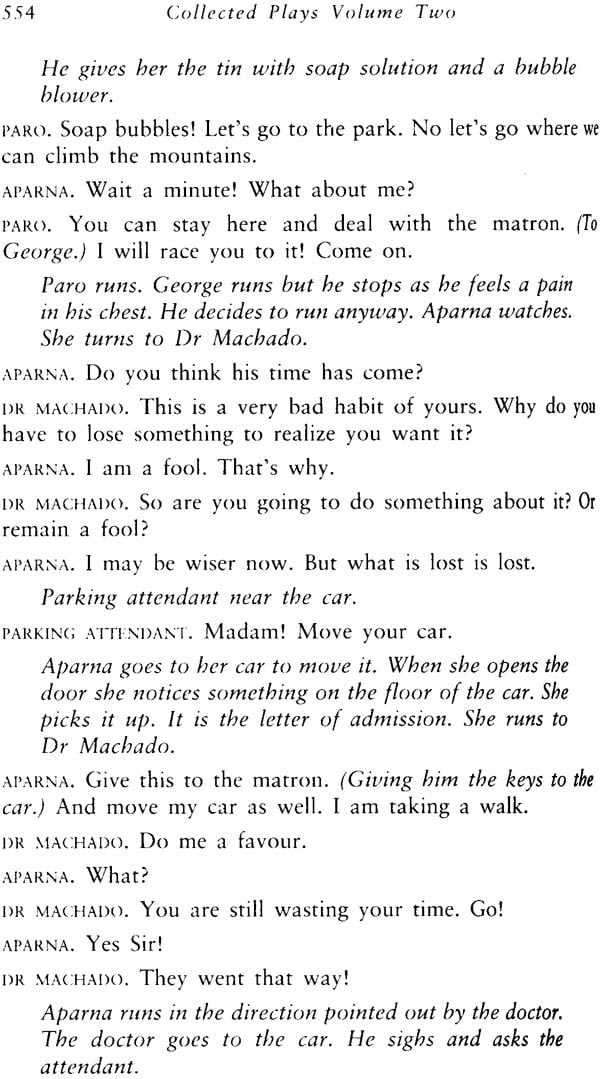 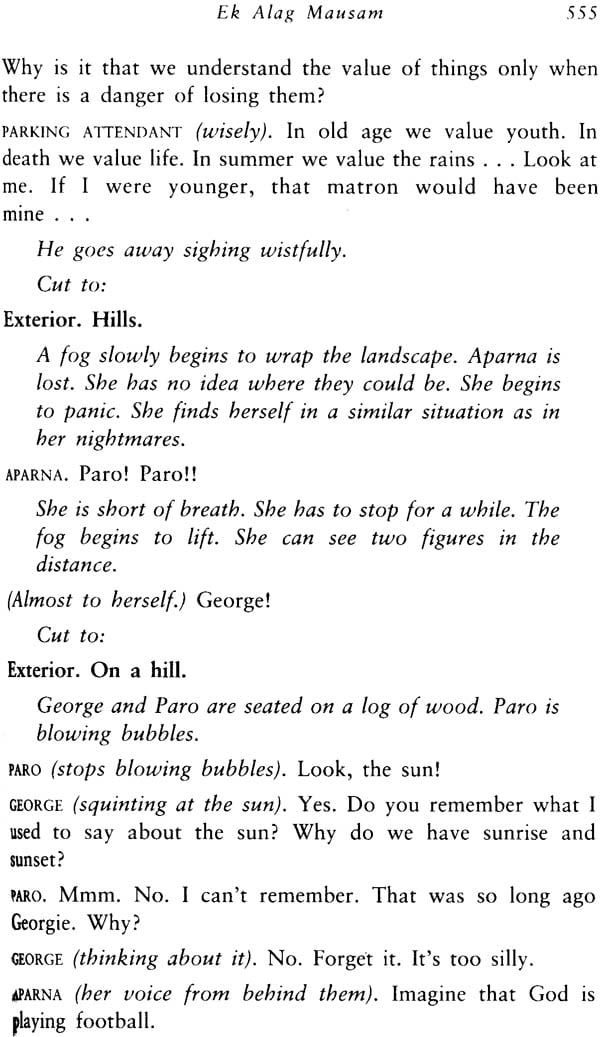