The book is a philosophical treatise on the Hindu, Buddhist and Jaina morals meant for the University students of Indian Ethics as well as for the general readers interested in the subject. Book on the subject are generally written in an historical perspective. On the contrary, the present work is philosophical and critical which takes full cognisance of the recent developments in Western ethical thought and its likely impact on the understanding of the traditional Indian ethics. Attempt has been made to understand the subject in the light of certain well-knit conceptual frames developed in the West in the field of ethics. In course of doing this, certain, reconstructions have also been made, but it has always been kept in mind that the reconstructions do the natural spirit of Indian thought.

Born on 26th January 1936, the author did his M.A. in 1959and Ph.D. in 1967.He has a brilliant academic career. He was awarded gold medals at both the Bachelor Honours and Postgraduate levels. He has published eight books and a number of research papers in philosophical Journals during his teaching career. He has also lectured at several Indian Universities such as Allahabad, Sagar, Delhi Guwahati etc. He retied on 31st January 1996 as University Professor and Head of the Department of philosophy, and Dean of the faculty of Humanities, T. M. Bhagalpur University, Bhagalpur. He has been Visiting Fellow at R. D. University, Jabalpur and Visiting Professor at Manipur University, Imphal.

Ethics And The History Of Indian Philosophy
Shyam Ranganathan

The work presents a compelling, systematic explication of the moral philosophical content of history of Indian philosophy in contrast to the received wisdom in Indology and comparative philosophy that Indian philosophers were scarcely interested in ethics.

Ranganathan's critical thesis is that the argument for this received wisdom are based upon an inadequate grasp of the history of moral philosophy in the West, against which the Indian tradition is compared. His novel, positive thesis is that "dharma" in all of its uses in the classical Indian tradition is a thin moral term, which is employed by authors to articulate their particular philosophies on morality or ethics.

This book, though extensive textual study,. Explores the Buddha's and Buddhism's uncomprising and unflinching emphasis on the centrality of ethics as against any attempts to causally relate moral perfection to soteriological or eschatological goal. What is most admirable about Buddhism is that it integrates the vertical development of human consciousness, for which the other is the necessary condition, with the gradual development of morality. In brief, Buddhism is about overcoming of suffering, the greatest evil thought ethicization of Human consciousness and conduct, which also takes care of the ethicization of the society and the universe, Besides, some of the essays of this book explores many other themes like Buddhist epistemology, nature of self, time, and interculturality.

Writing a book traditional Indian ethics on which book are aplenty is by no means a novel enterprise. Yet, need for a book on the subject continues to be felt by students, research scholars and teachers of the universities to stimulate their thinking on newer interpretation. Books on the subject are often writing in a historical perspective dealing with the ethics of the Vedas, the Upanisads, the Smrtis and the Philosophical systems in more or less, a chronological manner. But that is hardly enough critical or philosophical to meet the need of the academic circle. The present work makes a sincere effort to fulfil that need.

Some books on the subject have been very ably written with a critical and philosophical insight. It is not therefore fair to complain that all books on the subject are of the same kind. Prof. S. K. Maitra's book Ethics of the Hindu may be cited as an example. The book is philosophical and critical, but it hardly takes any note of the magnificent development that ethical thought has made in the present century, especially in the West. At the time Maitra's book was published these development were perhaps not very well-know in our country. The present work takes full cognisance of the recant development in the Western ethical thought and its likely impact on the understanding of the traditional Indian ethics. That is the speciality of the present work. Moreover, Maitra's book, as the suggest, is a treatise specially on Hindu Ethics. Ethical ideas found in Buddhism and Jainism have been occasionally dealt with. On the contrary, the present work takes equal note of the ethical ideas contained in Hindu, Buddha and Jaina traditions, while dealing with the subject the subject in its special framework of presentation.

The distinctive development in Western ethics have given rise to certain well-knit conceptual moulds, which, if properly applied to any system of ethics, can help us to understand the subject better. That is what I have tried to do in my present book. In course of doing this, certain reconstructions were also made because materials suited to these conceptual moulds are not always readily or directly available in the Indian thought. But to the best of my capacity, these reconstruction, have been kept legitimate limits so that they do not become Jejune to the natural spirit of the Indian thought.

I have hope my present work will help scholars, teachers and student to understand the subject in a fresh light. If my hope in realised even partially, I will feel my labour to have to have been amply regarded.

In my work, I have got valuable help, in one form or the other; form some of my elders, colleagues and students. I am grateful to them. The first who comes to my mind is professor Nityanand Mishra, Ex-Head of the Department of philosophy, Bhagalpur University. It is he who actually initiated the idea of written such a book and also encouraged me from time to time in my endeavour. I express my heartfelt gratitude to him. I am also indebted to late professor R. K. Tripathi of Banaras Hindu University who enlightened me on my many intricate points. I am grateful to Dr. (Smt.) Pratima Ganguli, one of my best students and now my colleague for many valuable suggestions. To many others who helped me in several ways I am grateful. Last, but not the least, I must thank M/s Motilal Banarsidass for readily taking up the publication of the work. 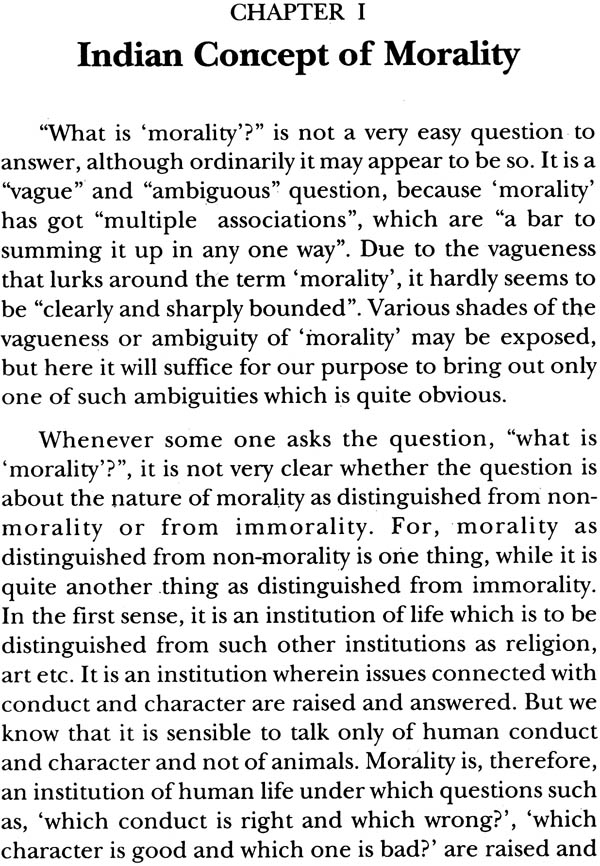 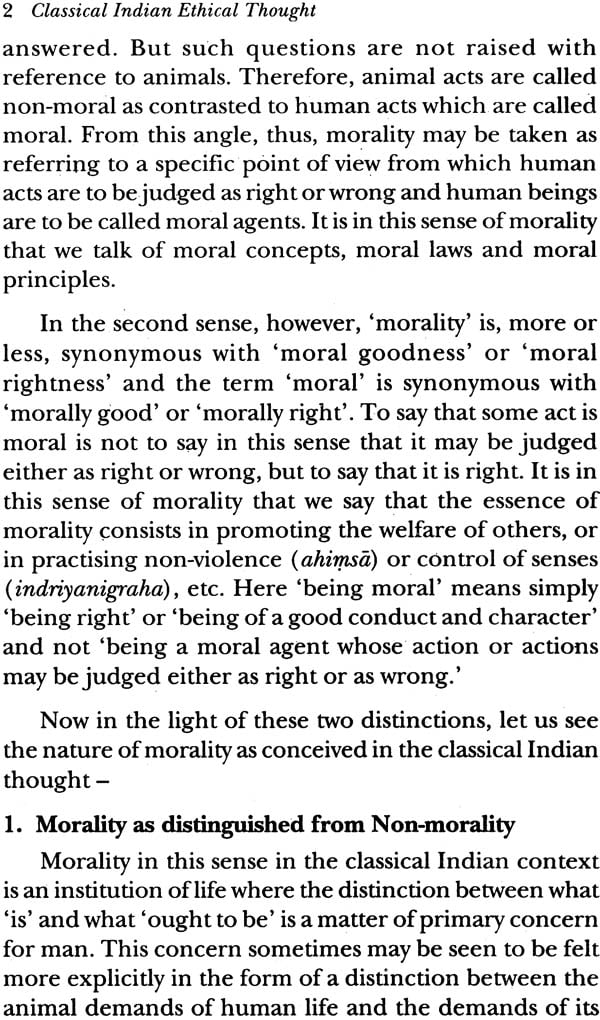 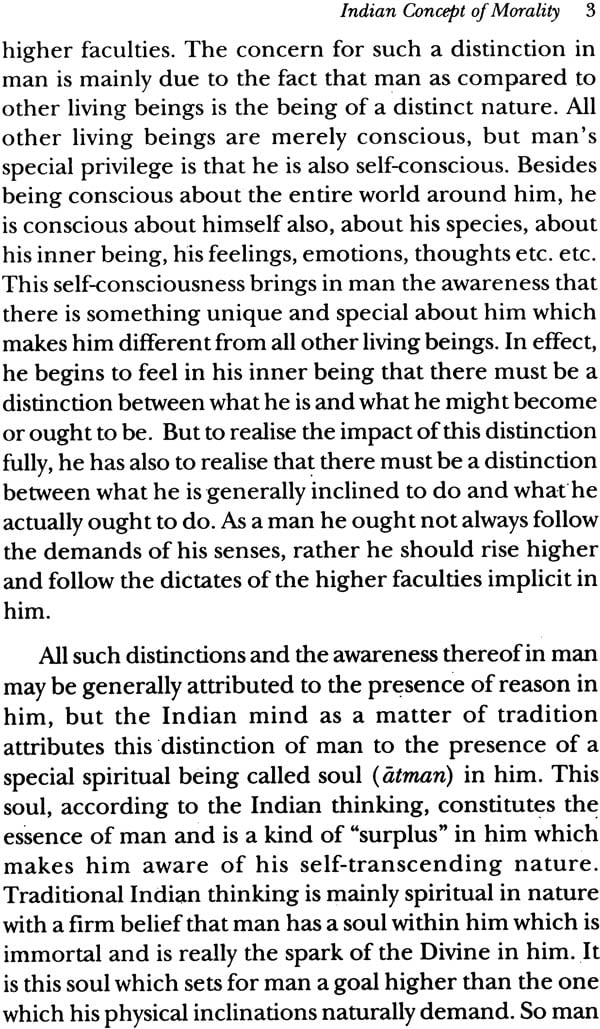 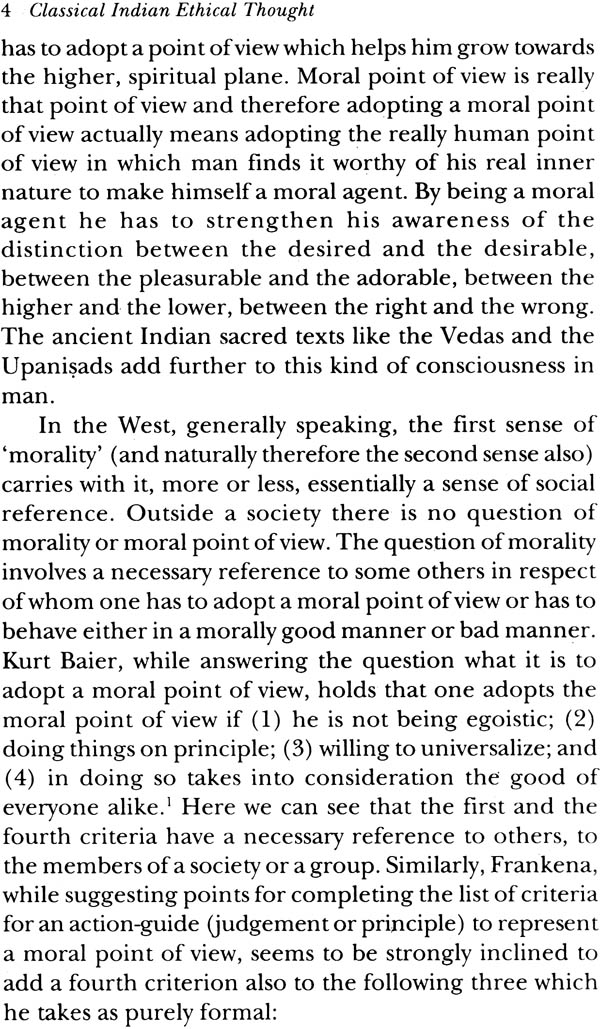 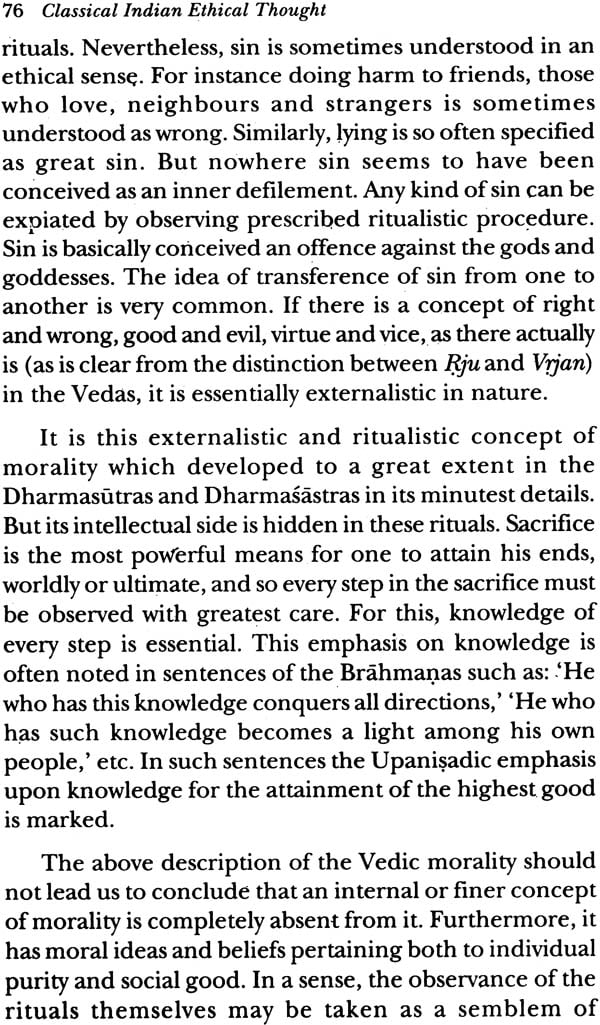 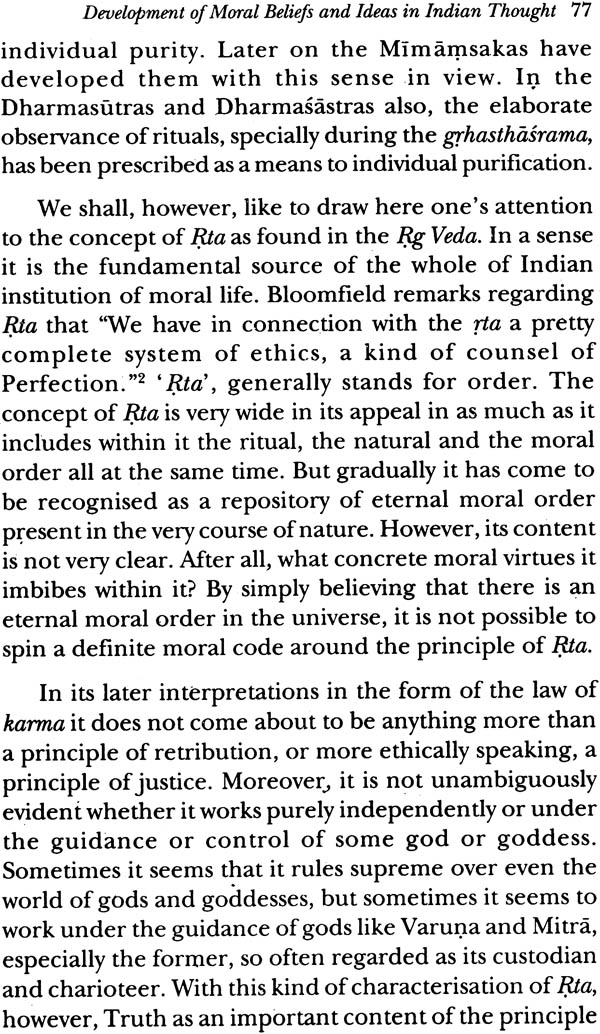 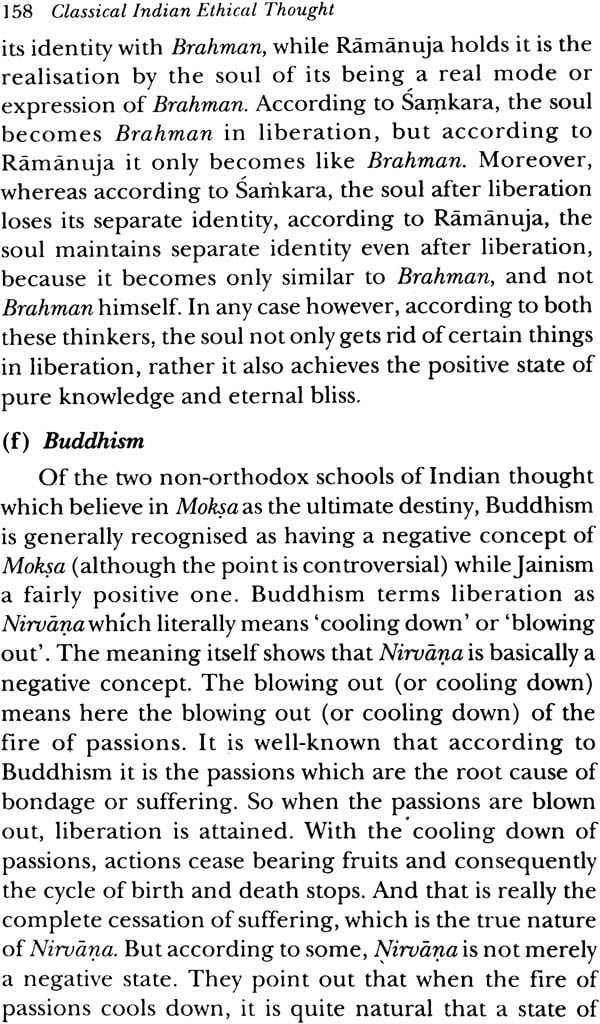 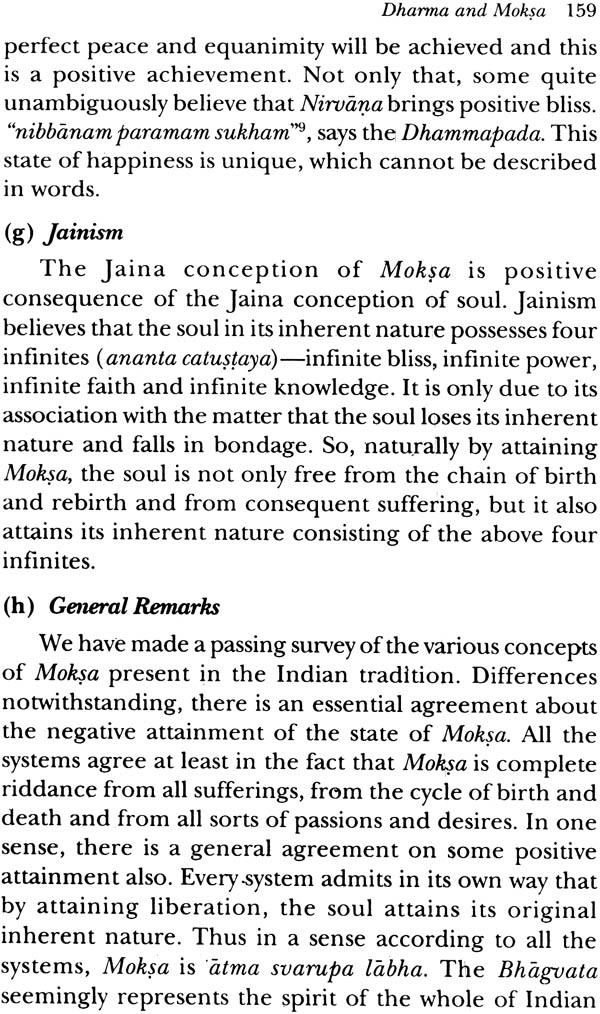 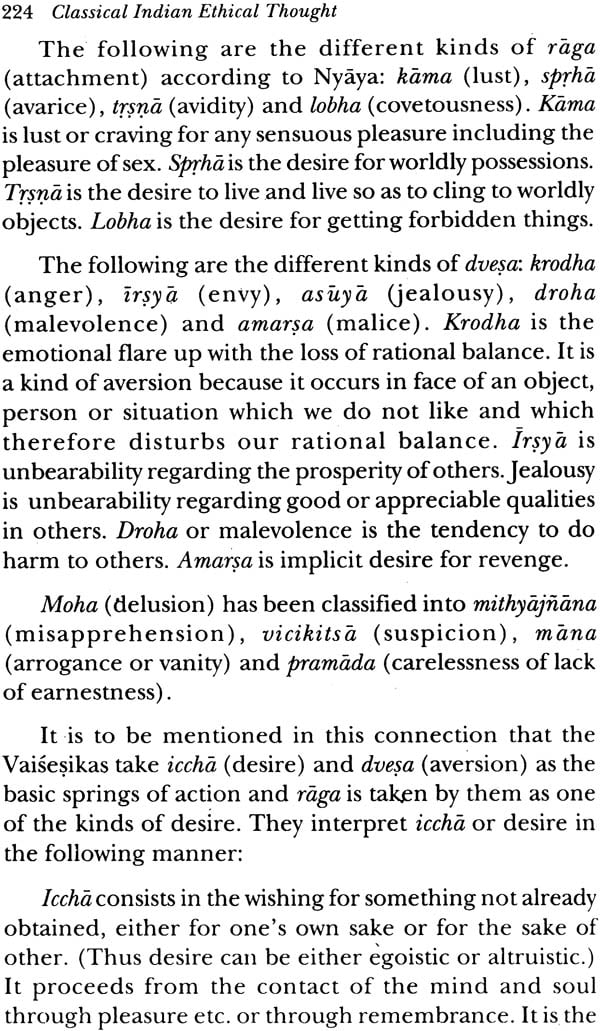 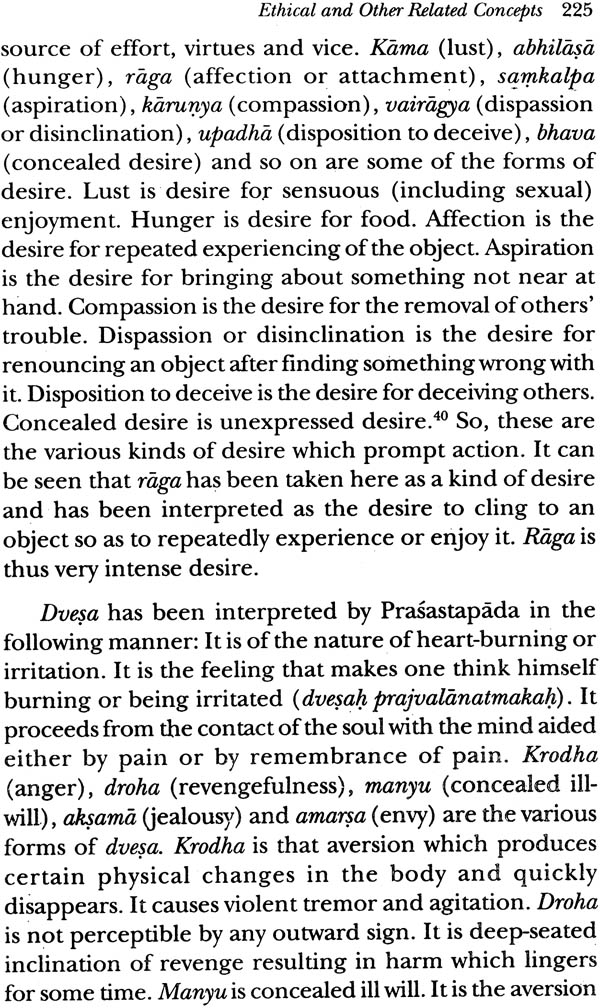 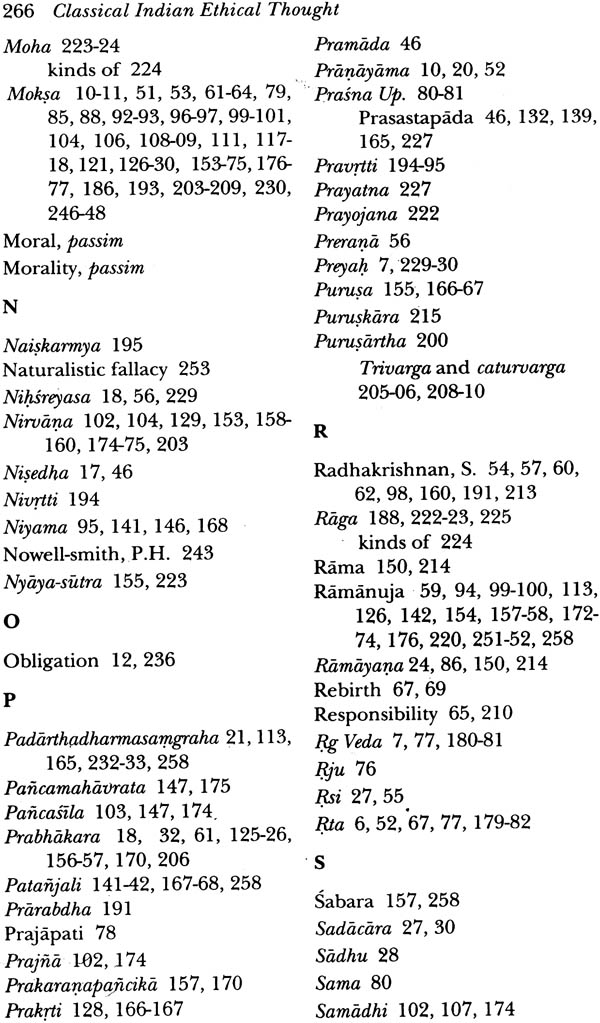 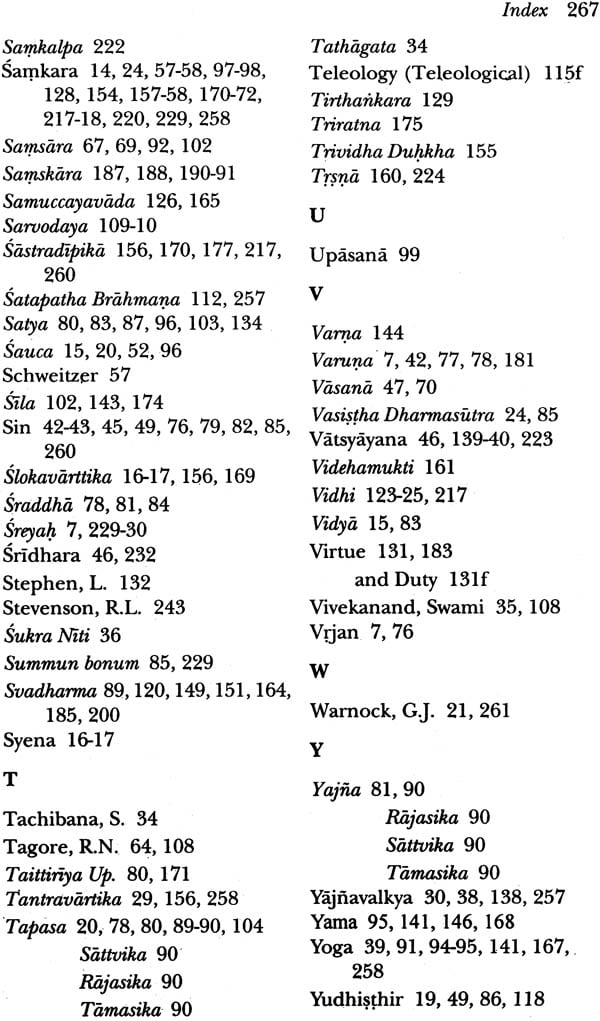 The Centrality of Ethics in Buddhism Exploratory Essays
By Hari Shankar Prasad
$47.20
FREE Delivery
$59  (20% off) Ethics (An Anthology)
By Madhumita Chattopadhyay and Tirthanath Bandyopadhyay
$31.20
FREE Delivery
$39  (20% off)