Causality and its Application: Samkhya, Buddha and Nyaya

Causality and its application: Samkhya, Buddha and nyaya is not only a commentary on the views of classical Indian philosophers, but also contains explanations of concepts which are indispensable for understanding metaphysics, epistemology and ethics, among many other things. This book deals with a range of questions, such as whether the material cause contains the effects in its subtle form, whether causally can be defined in terms of efficacy, whether causal conditions are related to each other and whether they can be classified into types. It also explains the relation between the concepts of the event, action, moment and causality.

Regarding epistemological issues related to causality, this book focuses on source of knowledge, such as perception, inference and verbal testimony, since this book suggests solutions to certain problem of knowledge, including the perception of a physical object, the relation of inferential cognition to its premises; the nature of atomistic and holistic understanding of the meaning of a sentence, it will throw further light on contemporary epistemology, philosophy of language and logic. Hence it will be useful not only for understanding Indian philosophy, but also for solving some contemporary western problems. it will be of value for comparative philosophers, Indologists and Sanskritists.

Jaysankar lal Shaw, Victoria university of Wellington, new Zealand, had his education at Calcutta university and received his PhD at rice university, Calcutta , at the university of Alabama, and was an associate Professor at the University of Hawaii. In 1985, he jointly edited analogical philosophy in comparative perspective, D. Reidel Publishing Company, Holland. In 1998 his book cognition of cognition: A commentary on pandit visvabandhu was published by the Ramakrishna mission institute of culture, Calcutta. In 2003, his books the nyaya on meaning: A commentary on pandit visvabandhu and some logical problems concerning Existence were published by punthi Pustak. Recently his monograph on swami Vivekananda as a philosopher was published by the Ramakrishna mission institute of culture. He has also published in international journals and anthologies over 60 papers on topics such as meaning, subject and predicate, negation, belief, knowledge, higher order cognition, number, existence, causality, freedom, and harmony.

The concept of causality is a widely discussed topic in philosophy, both East and West. This book deals with some of the issue related to causality in Indian philosophical systems, such as Buddhism, the samkhya and nyaya. In this book my aim has been,(1) to examine the thesis of the samkhya philosophers that the effect in its subtle form is present in its material cause,(2) to reconstruct the arguments of the Buddhists that causality substantiates the philosophy of becoming or momentariness, (3) to explain the nyaya concept of causality , (4) to demonstrate how causal conditions are related to each other , (4) to classify causal conditions , (6) to shoe the relation between the concepts of action, event, moment, time and cause and, (7) to apply the concept of causality in defining different types of perception, valid and invalid inferences, and analogical as well as verbal cognitions.

In my discussion of the nyaya concept of causality I have demonstrated how to avoid the sceptical argument raised against the perception of physical objects. Since I have explained the various types of extraordinary perception of the nyaya, it will add a new dimension to western philosophy. Moreover, the nyaya discussion of interface will throw some light on relevant logic, as the nyaya philosopher’s emphasis the relation of relevance between the premise and the conclusion of an inference. They argue that we cannot derive the conclusion q from the contradictory premise p and p as it violates the condition of relevance. This book also offers a new classification of fallacies, as it differs from standard texts on this topic.

My discussion of verbal cognition focuses not only on the causal conditions for understanding the meaning of a sentence, but also on the nyaya concept of a sentence and its meaning. The nyaya philosophers have offered a theory that can demonstrate the difference in meaning between sentences such as ‘Brutus killed Caesar and ‘Caesar was killed by Brutus’. Or ‘a pot is on the floor’ and ‘the floor has a pot in it’. This discussion will be useful for answering some of the questions raised by contemporary philosophers, such as Chomsky, Katz, Foder, Fillmore and jackendoff. The nyaya philosophers have proposed a theory for the holistic understanding is available in contemporary philosophy; the nyaya discussion would add another dimension to western philosophy.

I am very grateful to the kluwer Academic Publishers, dordrect, Holland, for giving me permission to reprint part of these articles. This preface cannot be complete without conveying my heartfelt thanks to Mr P.K Bhattacharya, the proprietor of Punthi Pustak, for this, for his eagerness to publish this book.

I take this opportuinity to record my deep gratitude to my preceptor, Pandit Visvabandhu Tarkatirth, with whom I have discussed almost all the topics mentioned in this book. If there is nay merit in this book, it is to be attributed to him. Needless to say, I am solely responsible for any shortcomings or imperfections.

Causality, in the context of Indian Philosophy, plays an important role not only in metaphysics, but also in epistemology, ethics, and all other branches of philosophy. It is presupposed in the discussion of almost any topic in philosophy, such as perception, inference, comparison, testimony, etc.

The nature of ultimate reality is also dependent on a particular conception of causality. It also used to determine the relationship between the different goals of life such as righteous actions (dharma), worldly possession (artha). Pleasure (kama), and liberation (moksa). Righteous actions which sustain the society or nature at large. Hence righteous actions would include our duties towards other human beings, animals, and nature at large. Righteous or moral actions are considered as conductive to liberation. Therefore, they are also causally related to liberation.

In this book I have discussed the following questions, amongst many others, from the standpoint of the Samkhya, The Buddha and the Nyaya philosophical systems of Indian Philosophy. • Whether the cause or the material cause (upadana karana) contains the effect in any form prior to its production. • Whether causally(karanatva) can be defined in terms of efficiency or productivity (artha-kriyakaritwa) • How to define and classify causal conditions(karanas), • Whether the terms ‘effect’,’ event’ and ‘action’ refer to the same thing or have the same meaning. • How the concept of moment or time is related to that of causally. In the first chapter I have discussed the first question with reference to the controversy between the samkhya and the nyaya-vaisesika philosophers. The second question has been discussed in the second chapter with reference to the views of the Buddha philosophers. The remaining questions have been discussed in the third chapter with reference to the views of nyaya philosophers.

The fourth chapter deals with the application of causality to certain epistemological issues from the nyaya point of view. Hence this chapter deals with sources of knowledge, such as perception, inference, analogy, and verbal testimony. Regarding perception, I have emphasized both the positive and the negative causal conditions of ordinary laukika) perception. The types of ordinary sense-object contact or relation have also been mentioned for the perception, the nyaya philosophers, by and large, have postulates three types of extraordinary perceptual cognitions.

The second part of chapter four deals with the nyaya theory of inference the concepts of validity and the types of fallacies. An inference is a large sentence ( mahavakya) as the nyaya philosophers’ emphasis the relation of relevance between the premises and the conclusion. Since the inference of q (conclusion) from p and not p (Contradictory premises violates the condition of relevance, it is not treated as an inference. As regards validity, the nyaya philosophers have mentioned five properties of the probans(hetu), which is used to establish the probandum sadhya). A fallacy, or hetvabhasa, according to the Nyaya, is true cognition that prevents, directly or indirectly, the occurrence of an inferential cognition. Five types of fallacies, namely asiddha (unestablished), vyabhicara deviation), voruddha (opposed), satpratipaksa (existence of a counter-thesis), and Buddha (absence of the probandum in the locus of inference), have also been discussed in this context. In my discussion of fallacies and its classification I have differed from almost all the standard texts of the nyaya. Such as Basaparicchedah and Tarkasamgraph.

In my discussion of analogy also, I have mentioned the causal conditions of an analogical cognition. Moreover, I have discussed why an analogical cognition (upamiti) is not reducible to an inferential cognition (anumiti). The fourth part of this chapter deals with the causal conditions for understanding the meaning of a sentence. By and large, Indian philosophers have considered the cognition of words which have occurred in a sentence, the memory cognition of the referents of the referent, the syntactic expectancy between the words(well-formed ness) of a sentence ( akanksa), semantic compatibility (yogyata), contiguity of words in space and time (asatti), and the intention of the speaker ( tatparya) as causal conditions for understanding the meaning of a sentence. It is to be noted that different schools of Indian philosophy have used these terms in their discussion of verbal testimony, but not always conditions from the standpoint of the nyaya philosophers only. Moreover, I have discussed the nature of both the atomistic and the holistic understandings of a complex sentence from the nyaya point of view.

Global Philosophical and Ecological Concepts: (In Two Volumes) Cycles, Causality, Ecology and Evoultion in Various Traditions and Their Impact on Modern Biology
10.0" X 7.5"
$105.00 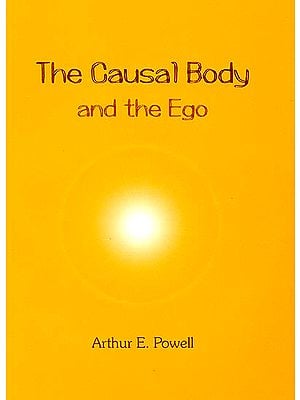 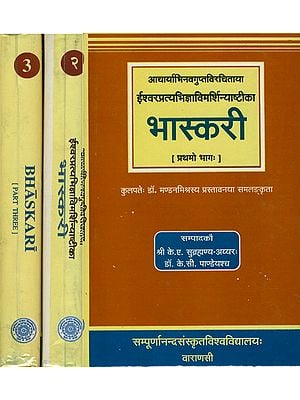 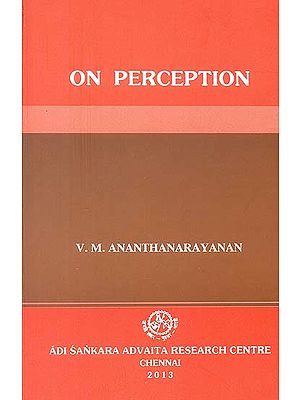