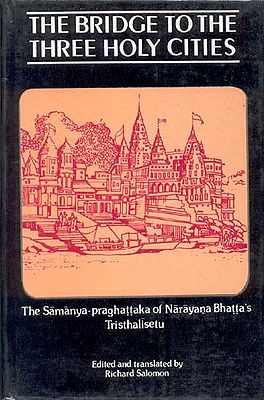 $30.00
Notify me when this item is available
Save to Wishlist Send as E-card Share by Email

Thy study of holy places and pilgrimages to them is treated in the Hindu tradition as a sub-field, called tirtha, of the Dharmasastra. The Tristhalisetu or "Bridge to the Three Holy Cities" of Narayana Bhatta, written in Varanasi in the 16th century A.D. is recognized as the standard and most authoritative text of the voluminous tirtha literature. The text is in four sections, of which only the last three were published in the Anandasrama edition of 1915. The first or 'General' Section, the Samanya-praghattaka, which was not included in that edition, discusses the concept, definition, and characteristic features of tirthas, and prescribes in detail the procedures and practices of a pilgrimage. The present volume consists of a critical edition of the text of the Samanyapraghattaka and an annotated translation. This text contains a wealth of information for the study of the pilgrimage tradition in Hinduism.

This book is based on the author’s Doctoral Dissertation in the Department of Oriental Studies, University of Pennsylvania, which was begun in June 1973 and completed in August 1975. In the course of this work I received help and encouragement from many people; but I wish to express special thanks to two of them.

First, to my father, George Salmon, who was, as always, my editor and general advisor.

Second, my deepest gratitude goes to my teacher and guide, Dr. Ludo Rocher.

The Tristhalisetu or ‘Bridge to the Three Holy Cities’ by Narayana Bhatta (NB), son of Bhatta Ramesvara Suri, is traditionally considered to be the most authoritative of the many Sanskrit texts on the subjects of tirtha and pilgrimage. The text consists of four sections (Praghattaka or Prakarana), called Samanya (General), Prayaga, Kasi, and Gaya. Its date of com- position may be fairly definitely fixed at about the middle of the l6th century A.D.

The text has appeared in two printed editions. The first, published in Kasi (Benares) in 1908 by Vapu Acarya and Bhavu Acarya, is entitled Tristhalisetupraghattake Sarvatirthavidhipra- ghattakhyah Prathamo Bhagah. As the title indicates, this text contains only the first section, or Samanya-praghattaka, of the TSS.3 This text is nowadays rare and is to be found only with great difficulty both in India and in the west.

The second publication of the TSS was the Anandasrama Press edition of 1915 (Anandasrama Sanskrit Series no.78). This edition contains the latter three sections (the Prayaga-, Kasi- and Gaya-prakaranas), but omits the Samanya-praghattaka. No explanation is given for this omission, but it may be that the editor felt it was not necessary to re-publish that part which at that time must have still been available in the Benares edition. While examining the contents of the collection of Sanskrit manuscripts of the University of Pennsylvania, I came upon three complete manuscripts of the General Section of the TSS,4 all in an excellent state of preservation. It was upon making this discovery that I undertook the present task of editing and translating the General Section.

The three sections of the TSS printed in the Anandasrama edition describe in detail the tirthas and rituals of the three great holy cities of North India—Kasi (Benares), Prayaga (Allahabad), and Gaya. The General Section explains the basic theory and rules of pilgrimages and tirtha rituals, as well as special rules applying to the various tirthas of India. Thus this section may be of broader interest to the student of Indian and comparative religion than the other sections.

It should be noted that there is some variation in the title of the whole text and of its individual sections. The text is some- times referred to as the ‘Sritirthasetu,’ while the individual sections are called indifferently either ‘Praghattaka’ or ‘Prakarana.’ (Such variation, of course, is not at all unusual in Sanskrit texts.)

II. THE MAIN THEMES OF THE GENERAL SECTION OF THE TSS

The bulk of the General Section is taken up by discussions of the procedure and rituals for tirthas and pilgrimages. Such questions as the nature and theological significance of tirthas are secondary, at least in terms of the amount of space allotted to them. In keeping with its title, the General Section usually mentions specific tirthas only in connection with special procedural rules applying to them; unlike other tirtha texts, such as the Tirthaprakasa of the Viramitrodaya, it contains no section whose sole purpose is to present lists of tirthas.

After the brief introductory chapters (III-V) which discuss tirthas in general, the following chapters (VI—XIII) describe the proper procedure for a pilgrimage up to the time of arrival at the tirtha. The rest of the General Section (comprising more than two-thirds of the whole Section) consists of detailed descriptions of the various tirtha rituals, including a number of long and complex considerations of relatively minor points of ritual.

Critical Apparatus
Note on the Arrangement of the Text 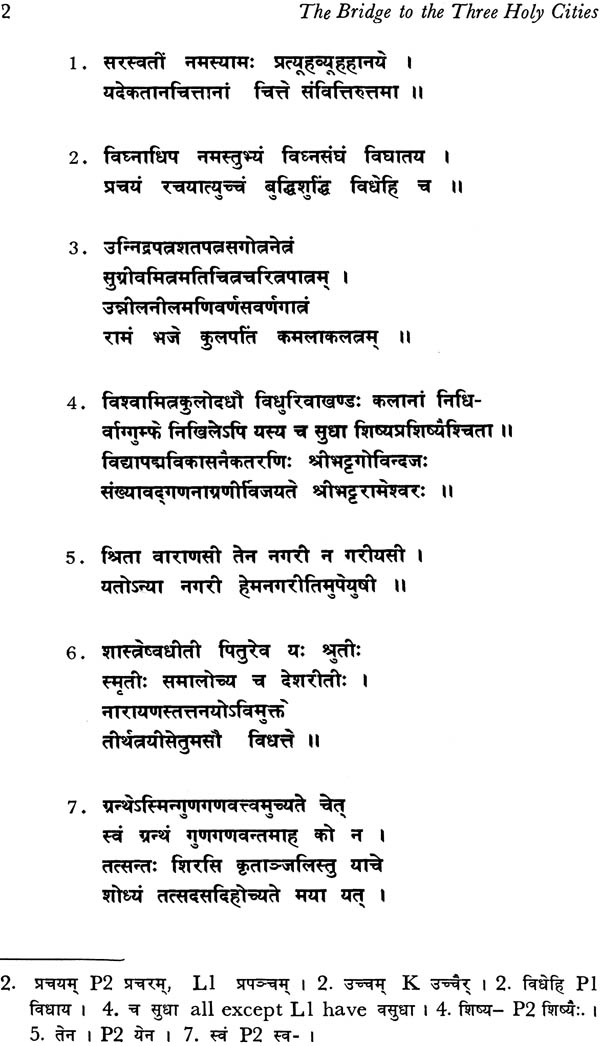 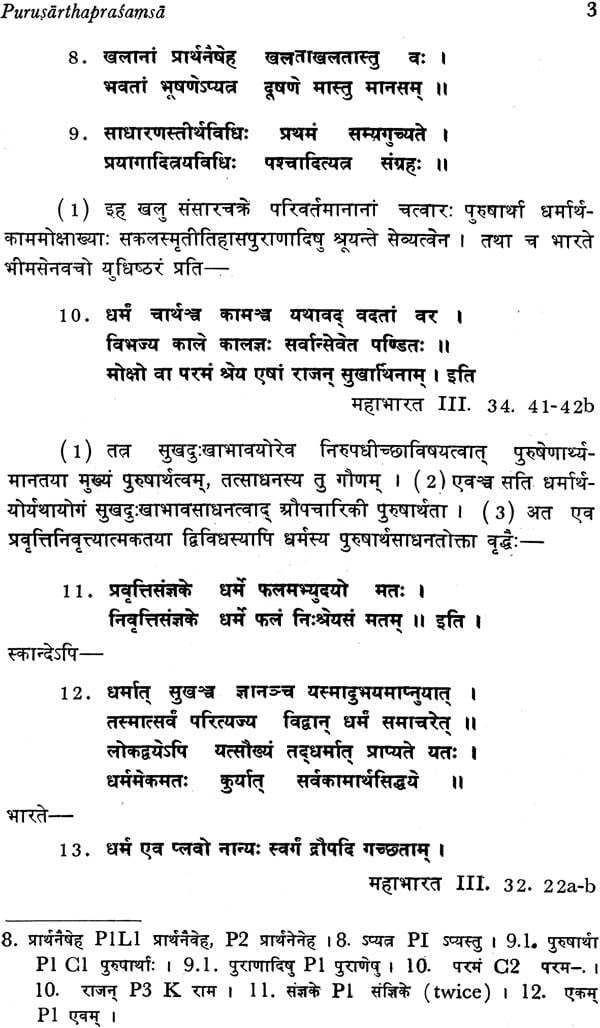 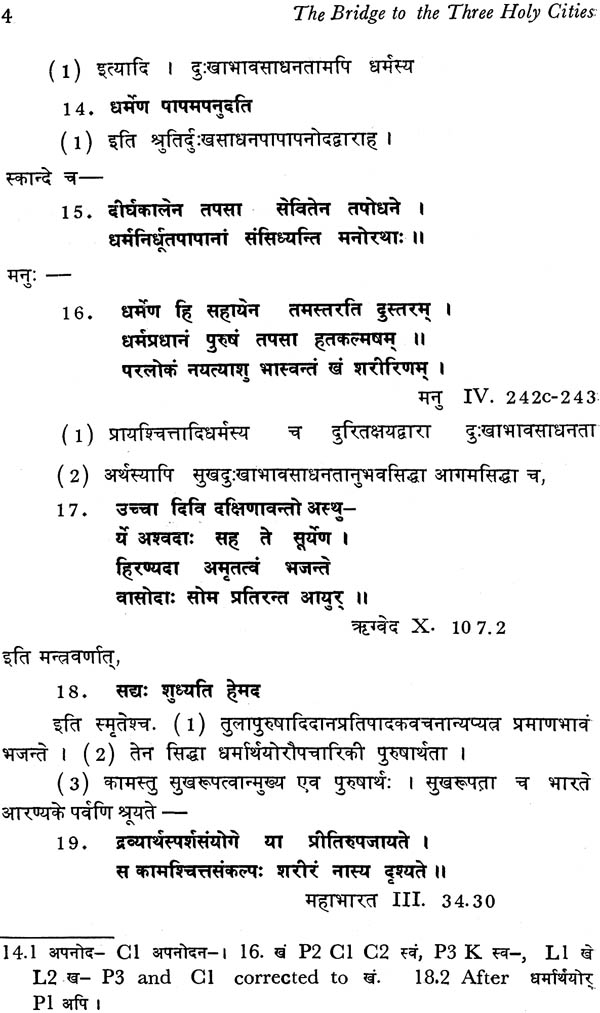 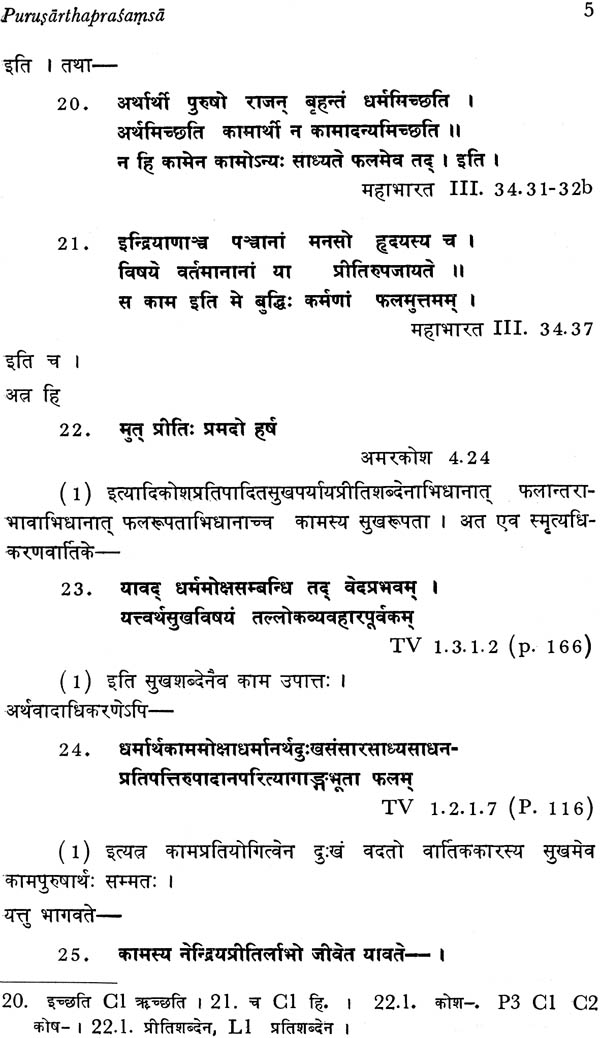 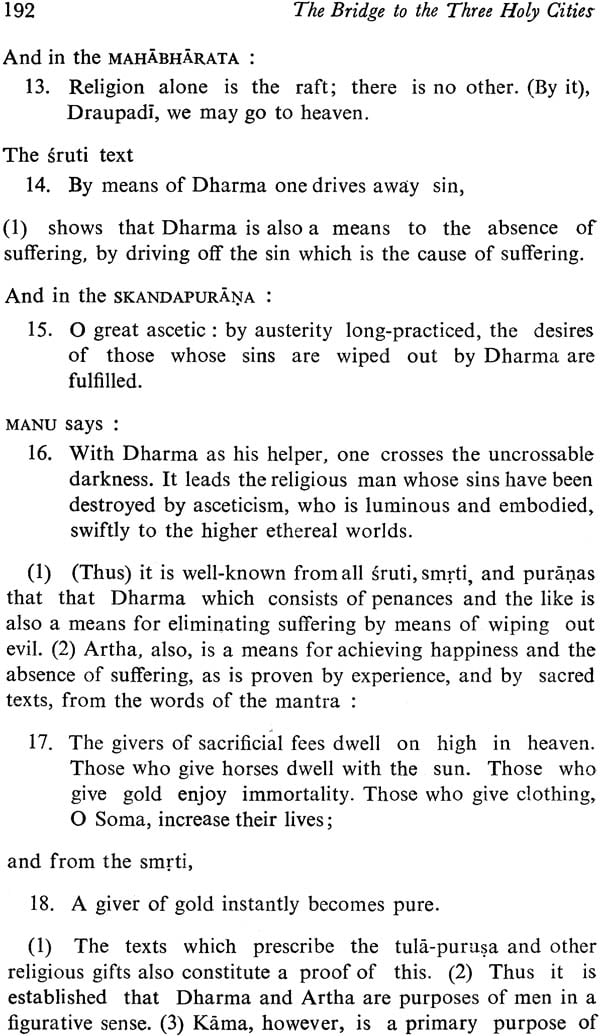 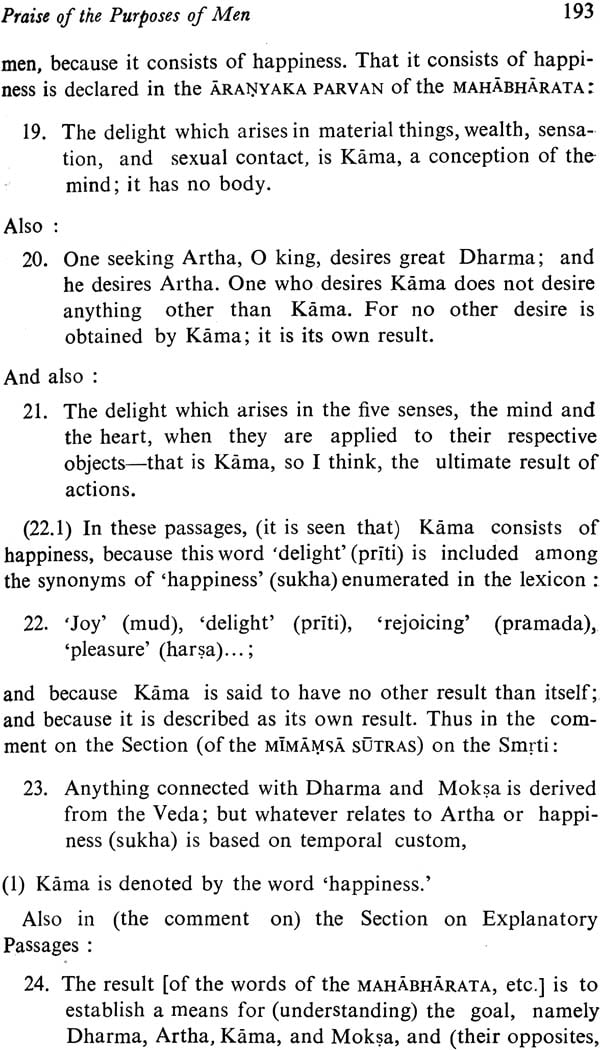 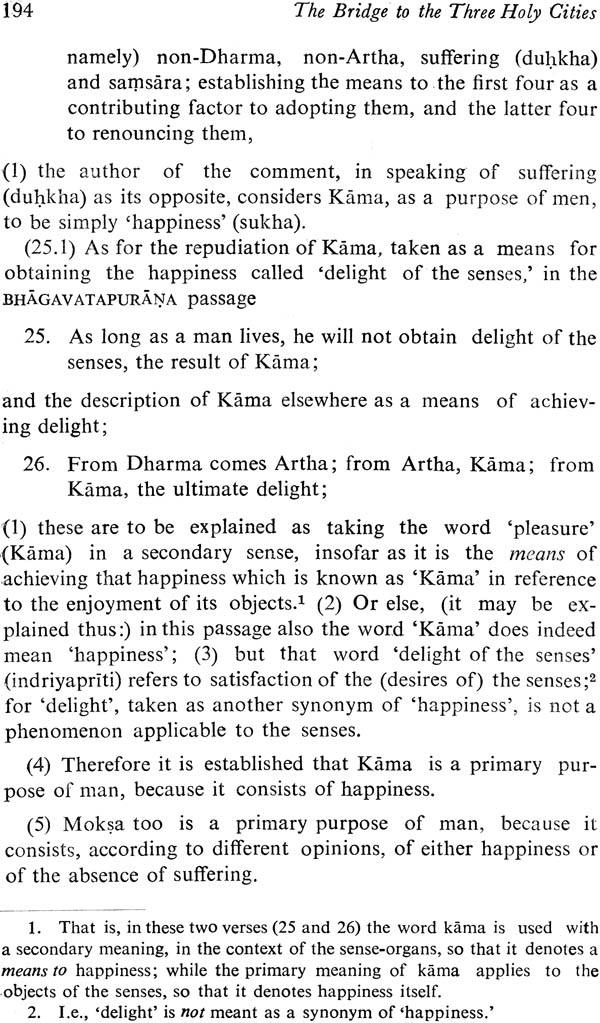 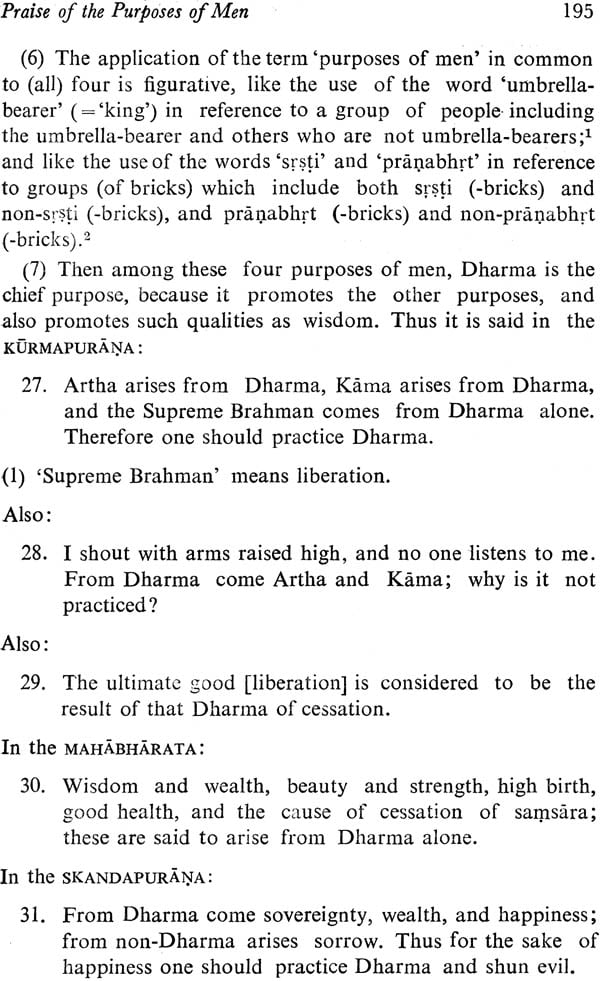 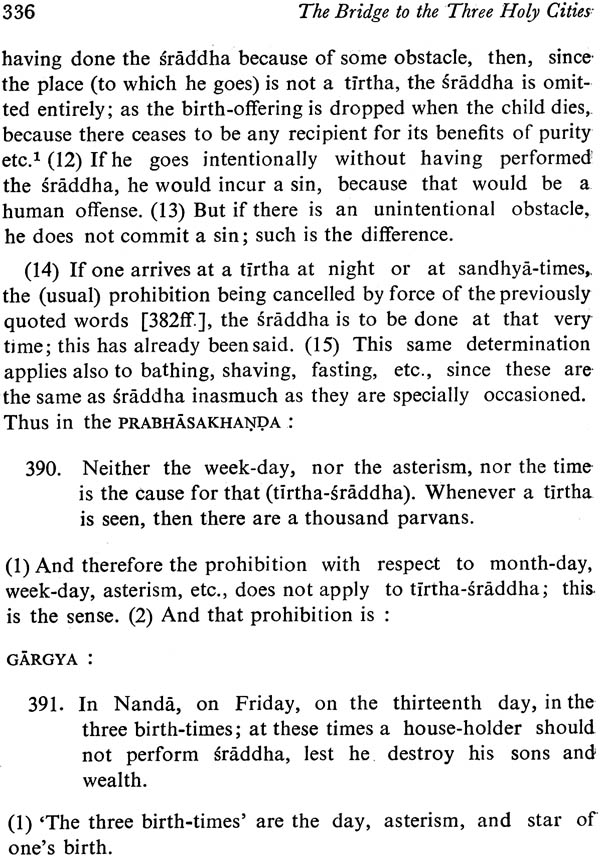 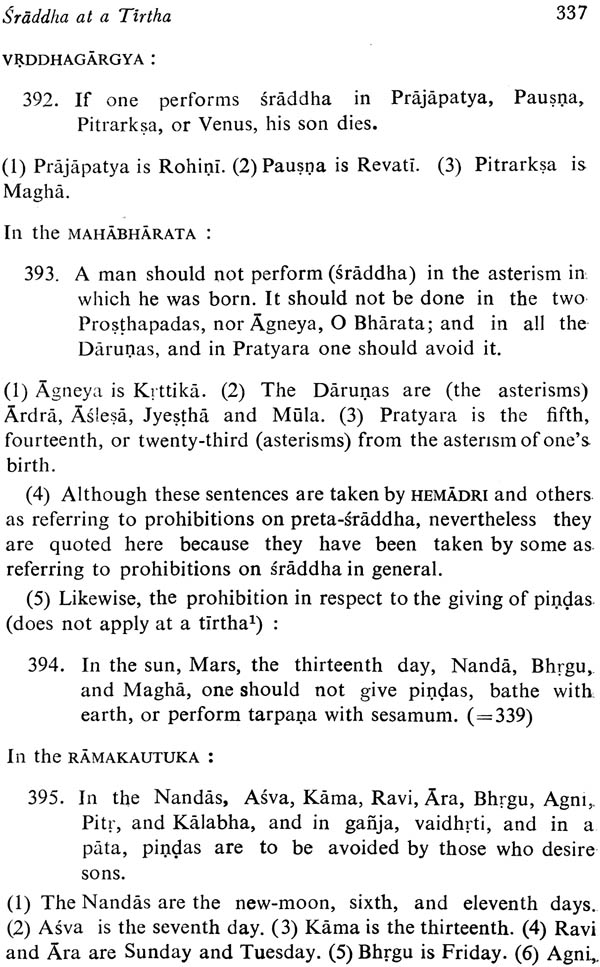 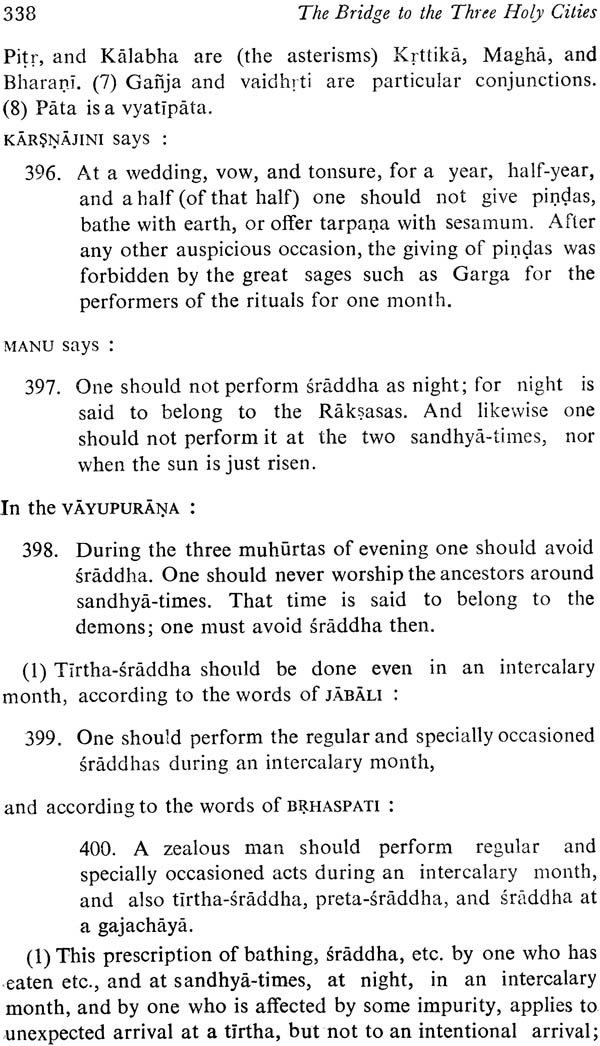 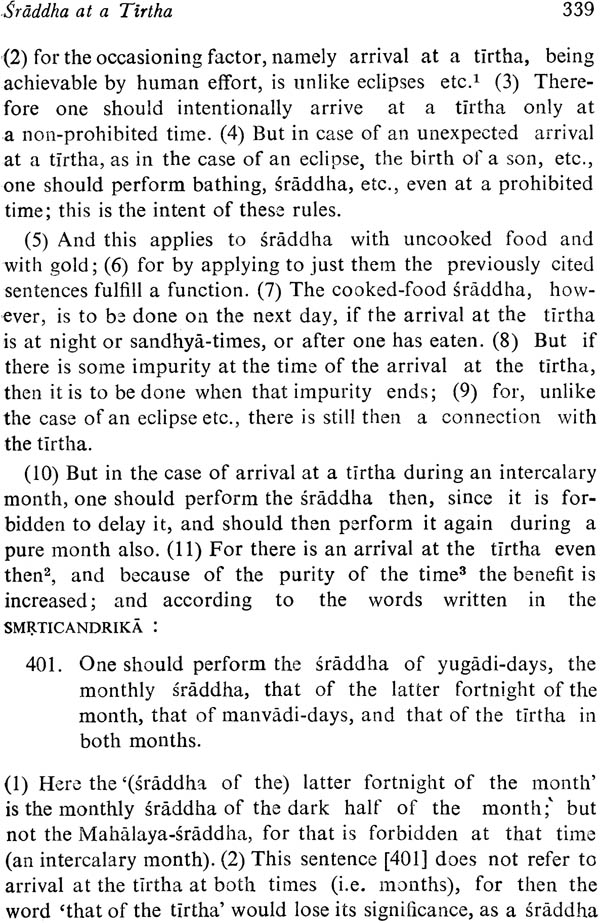 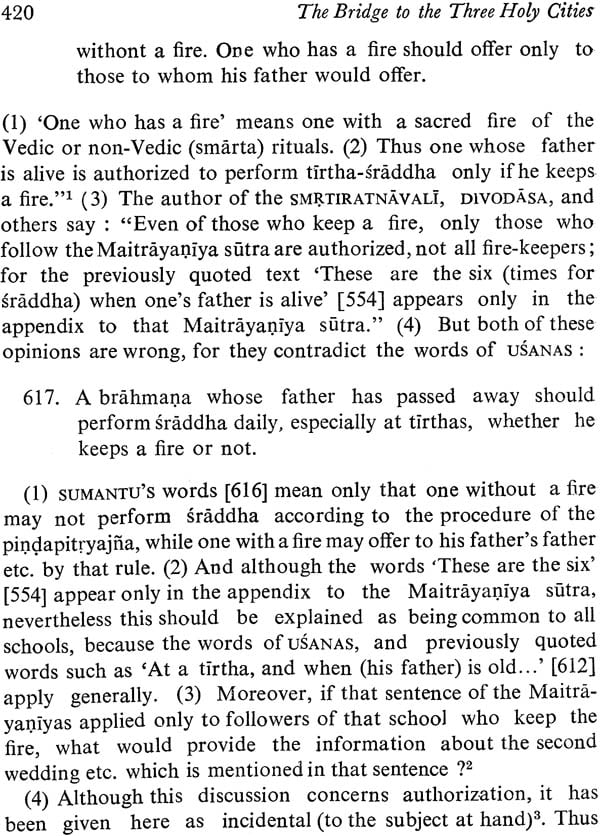 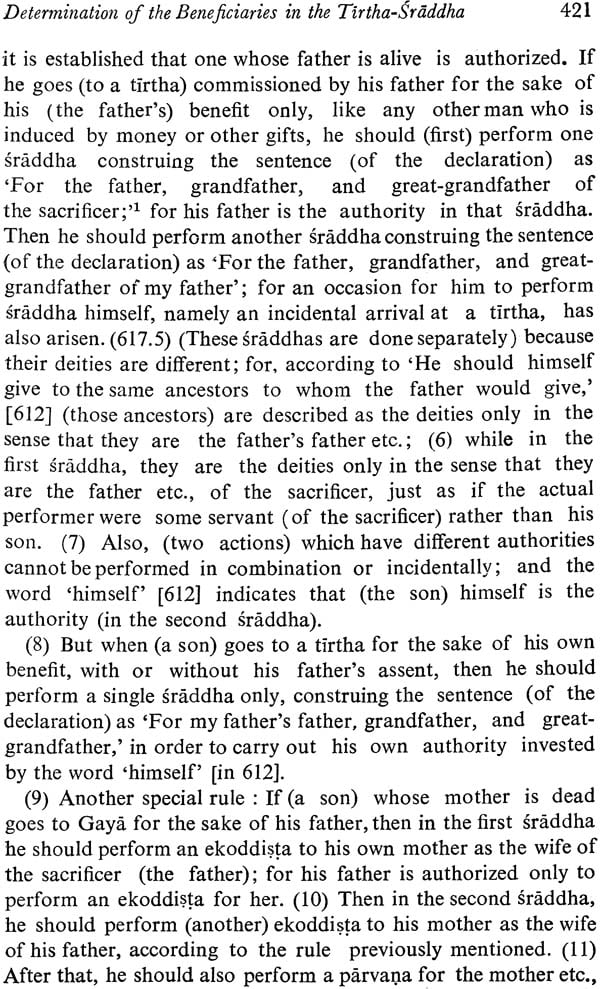 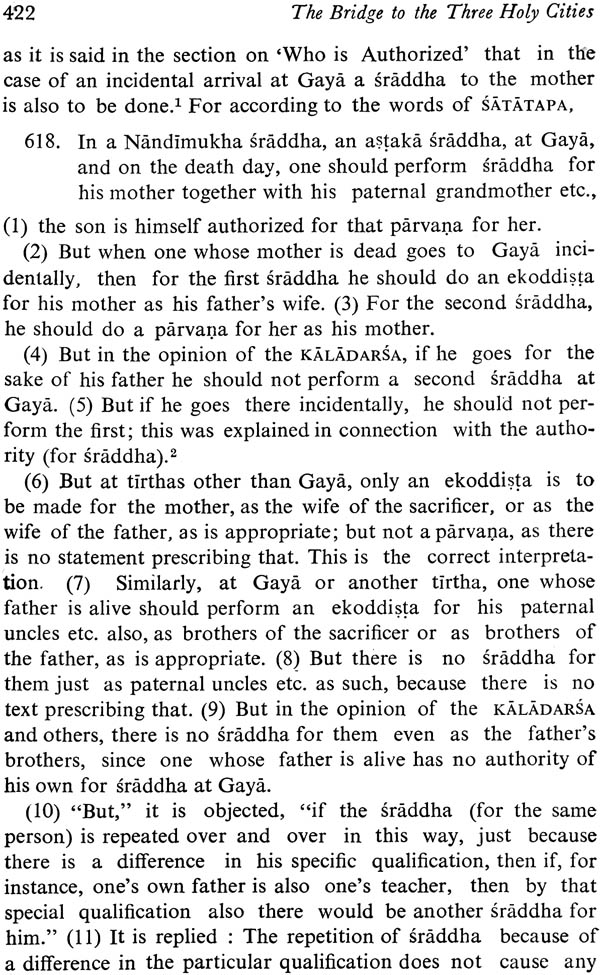 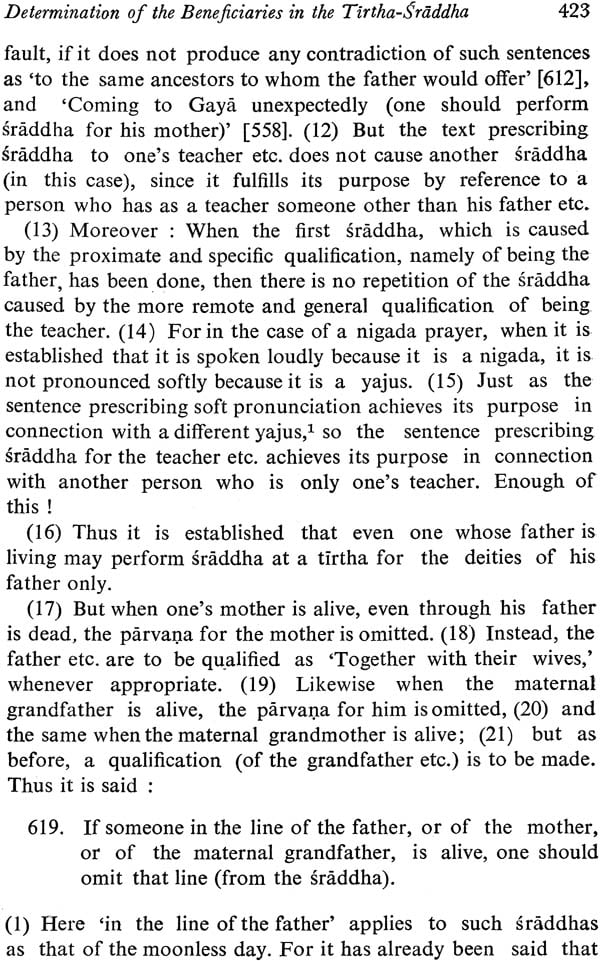