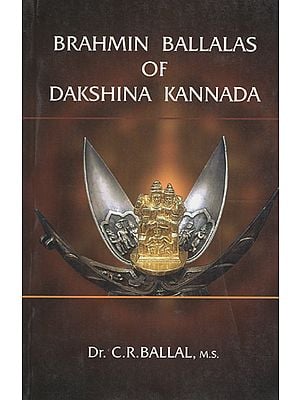 Dr. Chitpady Ramakrishna Ballal had his early education at Christian High School Udupi and St. Aloysius College Mangalore. He obtained his M.B.B.S. in 1960, and received the Dr. T. M.A. Pai Gold Medal, for the best graduating student of Kasturba Medical College (KMC). He had the distinction of obtaining the First Rank in the First, Second and Third year M.B.B.S. examinations of the Karnataka University. Securing an M.S. (General Surgery) in 1964, he joined the Surgical Faculty of KMC, Mangalore and worked there for over three decades, with the last several years as the Head of Department and Director of Postgraduate Studies. During that period, he was also an Honorary Medical Officer at the Government Wenlock Hospital, Mangalore. Since 1999, he is with the K. S. Hegde Medical Academy Mangalore, currently working as Professor Emeritus.

Dr. C. R. Ballal has been an examiner for both M.B.B.S. and M.S. General Surgery for a number of Indian universities including Bangalore, Bharathiar, Bharathidasan, Bombay, Calicut, Goa, Karnataka, Kerala, Osmania, Madras, Madurai, Mangalore, M.G.M. and Mysore.As a very popular teacher, he has participated for over four decades in the Continuing Surgical Education Programmes conducted by almost all the medical colleges in the states of Karnataka, Kerala and Tamil Nadu. For a number of years, he was also the Quiz Master at the National Conference of the Association of Surgeons of India (AS1), conducted for Surgical Postgraduates. He has delivered a number of Distinguished Orations named after Surgical Stalwarts like Dr. H. S. Bhat, Dr. M. P. Pai, Dr. Adikeshavalu, Prof. B.N.Balakrishna Rao, Dr. T.V. Sivanandan and Dr.V. S.Metgud. Dr. C. R. Ballal has received the Distinguished Alumnus Award from Manipal University and has been honoured at KMC's Silver and Golden Jubilee Celebrations. He has been honoured by the Karnataka and Tamil Nadu Chapters of the ASI, and the Karnataka State Chapter of the Indian Medical Association. On Doctor's day (July I), a number of branches of the Indian Medical Association including: Bijapur, Dakshina Kannada, Hassan, Kundapur, Mysore, Shimoga and Udupi, have showered honours on him.

Prof C. R. Ballal telephoned me up and requested that I should write a preface for his book. When a person of high eminence who is also a good friend, makes a request, I could not say no. At that time, I did not know what I was letting myself into. When the manuscript landed on my lap and I started to read, I knew my limitations.

"Brahmin Ballals of Dakshina Kannada" is a highly researched subject. An innate curiosity in an intelligent person is most likely to take him in search of the cause of many unexplained energy sources, natural phenomena, languages and even his own surname. Once the inquisitiveness grows within you and becomes intense, you strive to find an answer. Many of the discoveries are made that way. The answer for every question preexists. All the scientific discoveries are made that way - from the theory of gravitational force, to electricity and relativity.

Personally, I had a similar experience. My own surname is SHEKA and there are very few families with that surname. Both in the school and college, I was the butt of ridicule as every person pronounced it, as he wanted it. The worst was when someone called me " shaik ", which denotes a Muslim ancestry. When I joined the IndianArmy as an officer, I promptly added an 'R' to the end of my name and became "SHEKAR" by which I am now known for all my friends. It became my first and last name.

But my curiosity to find the source of my own name did not die with my change of my name. I have a habit of reading the "stalapurana" (history of a place - especially of temples) of great places of worship. Once when I visited Varanasi, I bought a book named KASHI, which gave the historical aspect of Kashi Vishwanatha Temple. In it there are descriptions of the various rituals offered to the Lord. I read, to my great delight that the first ritual (pooja) offered to Lord Vishwanatha is called ' sheka' and the second ritual was 'Abhisheka'. I said to myself " Our own proximity to the Lord, gave us that suffix (surname)." I am delighted within, but it is too late to change or reverse the time.

Professor Ballal's effort in finding the root of the Dakshina Kannada Ballals will surely quench the curiosity of many people of the community.

As noted by Prof. Ballal, the surname Ballal exists in four sub castes - especially in Dakshina Kannada, namely, Brahmins, Jains, Bunts and even in certain SC groups. Ballal ; the literal meaning of the word is "Bala Vulla Alu", a person who wields power and thereby empowers himself ! So the head of a village or society is naturally called the 'Banal'.

Prof. Ballal very rightly invoked Lord Manu's Varnashrama Dharma to explain how Brahmins came to possess the title. According to Varnashrama Dharma, a Brahmin is entitled to perform three duties in life : Vaidya, Vaidika and Vidya. Then how did a true Brahmin come to possess extensive land property and wield power over people ? A true Brahmin always remained poor as he was not supposed to charge any fees for his services. All that he had was a begging bowl!

Whenever the village head, who never had any heir in his family and wanted to go to Kashi at the end of his life (because none returned from these trips in good old days), he gifted all his property to his trusted priest along with the title 'Banal', with the fond hope that the recipient of the bounty would apply it to the general good of his people.

A noble thought and a noble action!

How the Brahmins came to settle in Dakshina Kannada is an interesting story. Mythologists attribute that, Parashurama threw his axe into the ocean and the ocean receded to provide fertile land to help settle people who were at the receiving end of Parashurama's anger. Thus the area is called 'Parashurama Shristi'. Upheavals in the ocean do take place. These take place by the inter plate movements at the bottom of the ocean. 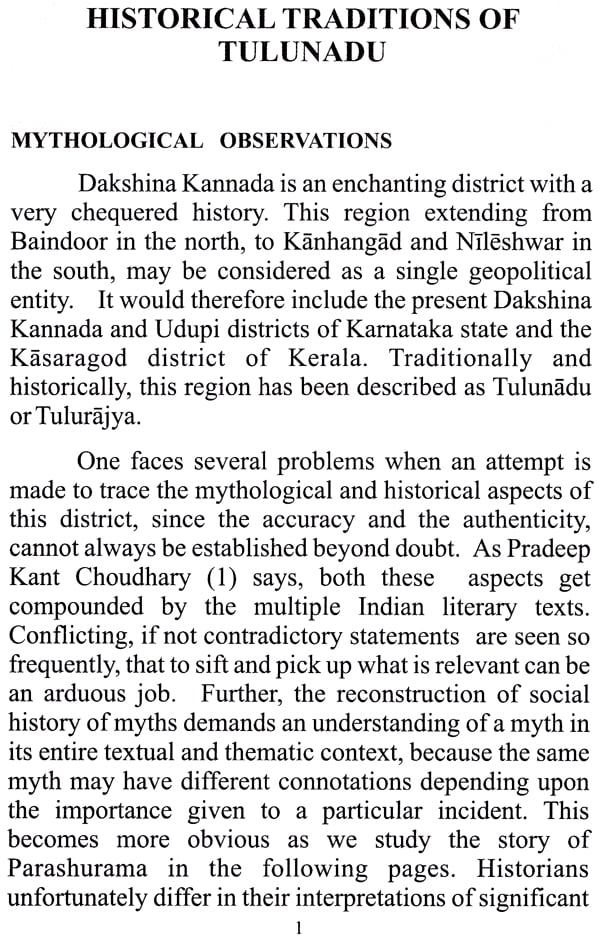 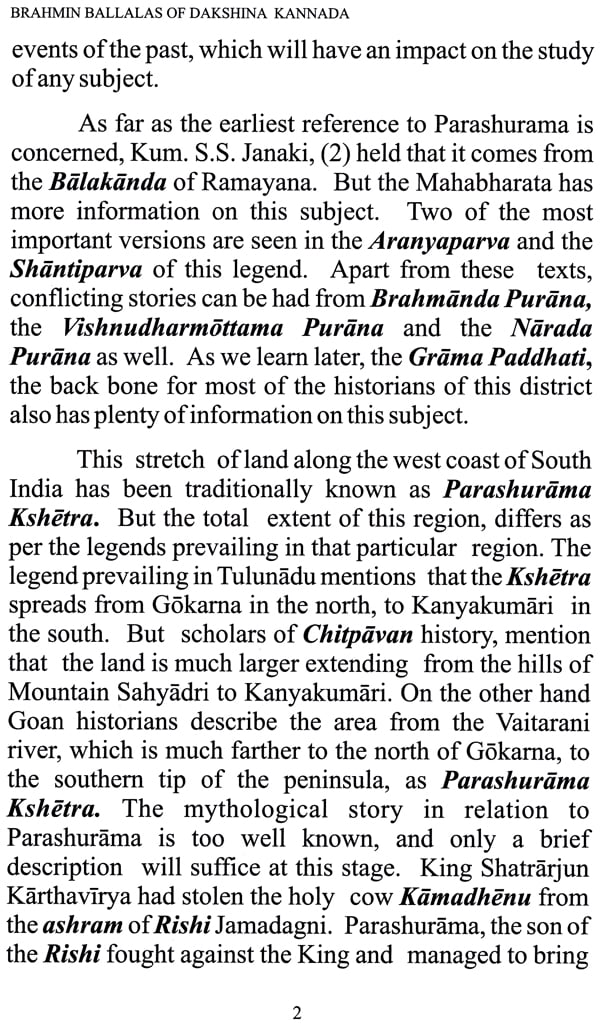 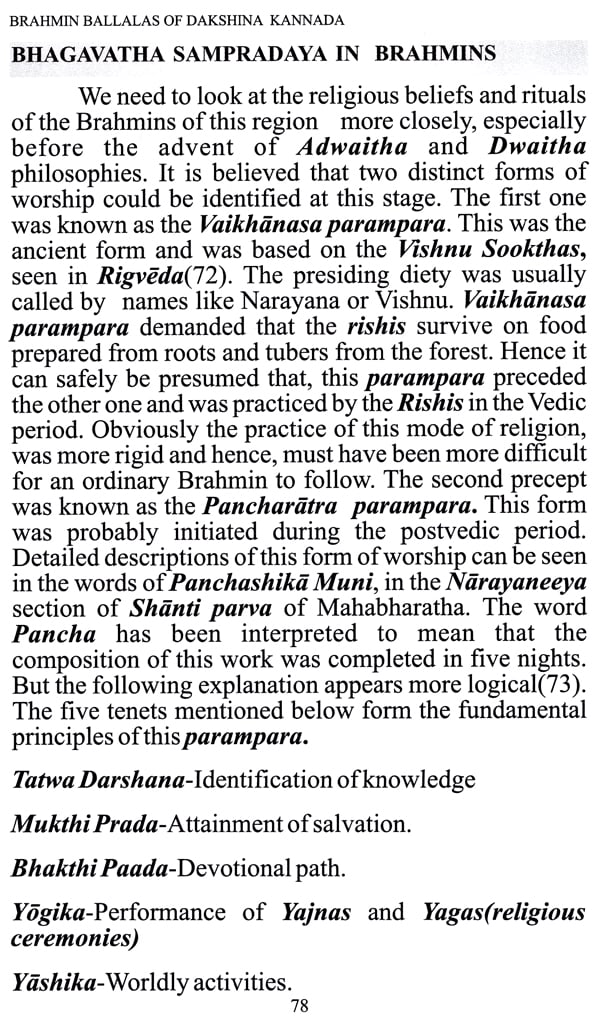 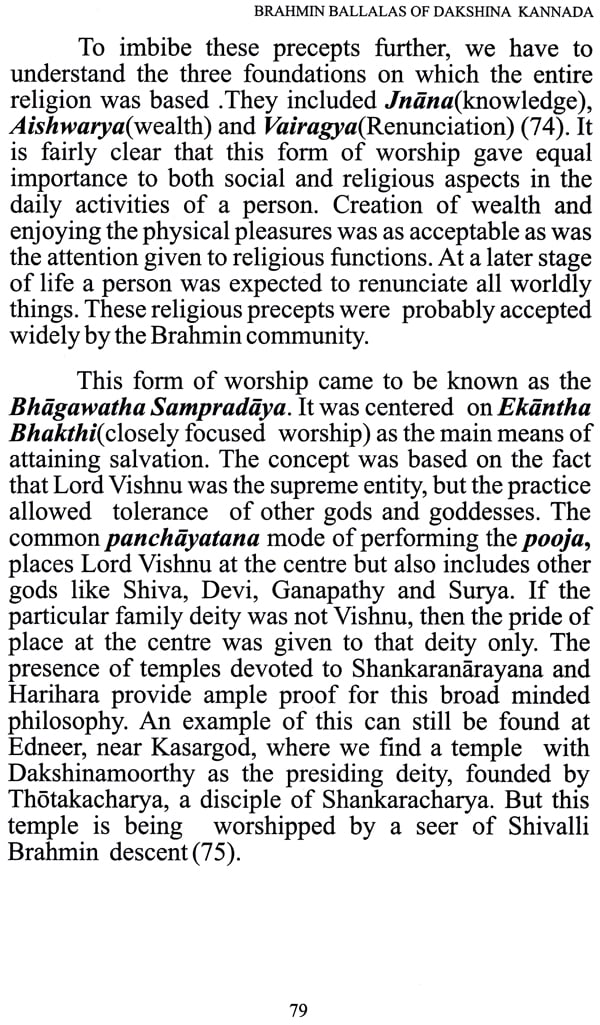 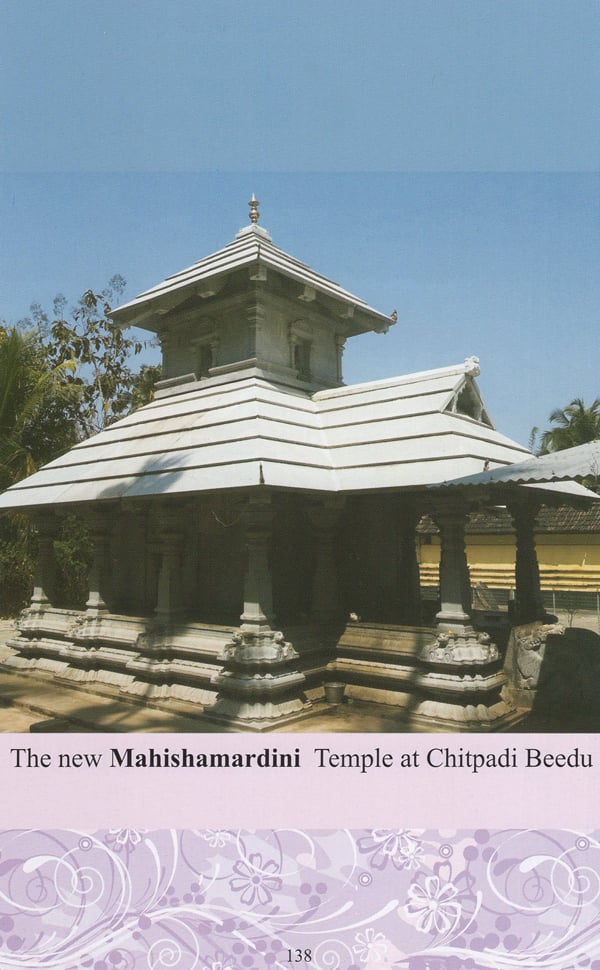 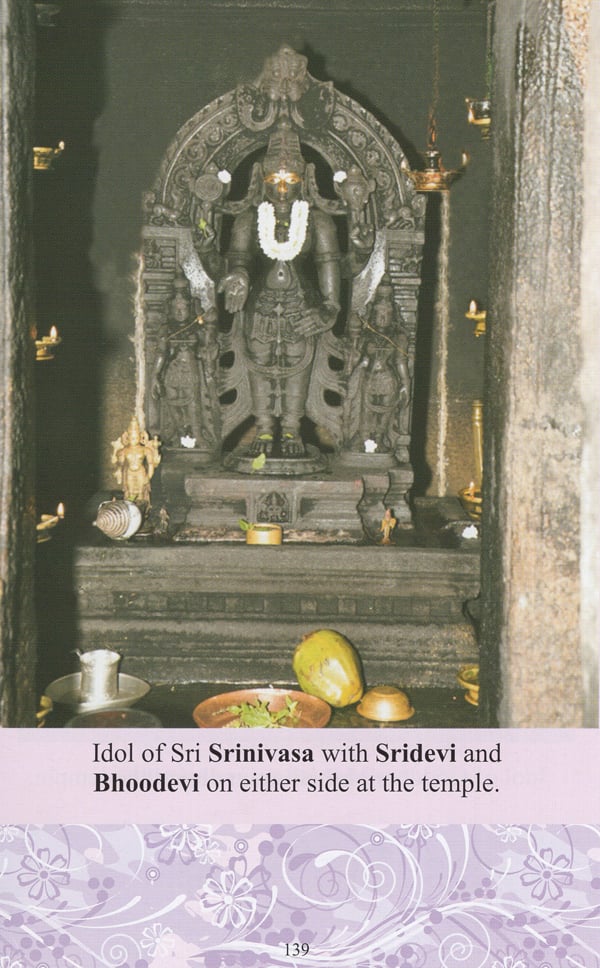 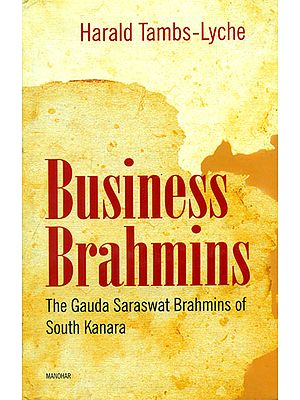 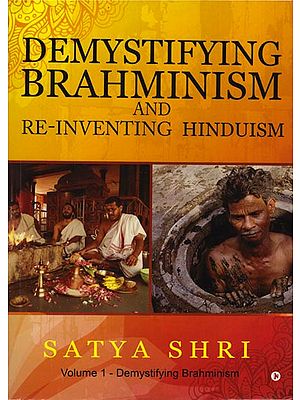 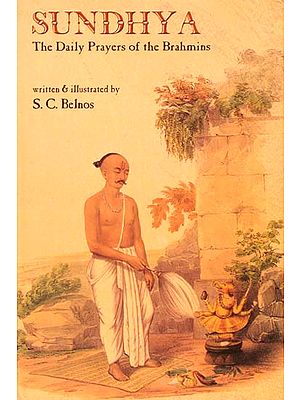 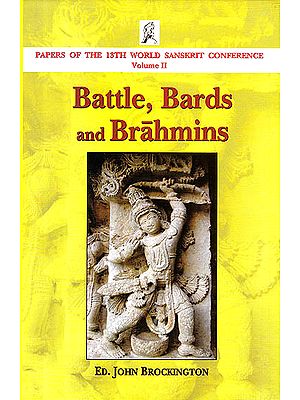 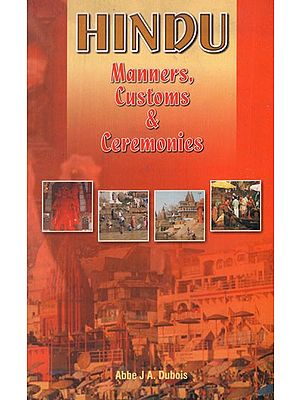 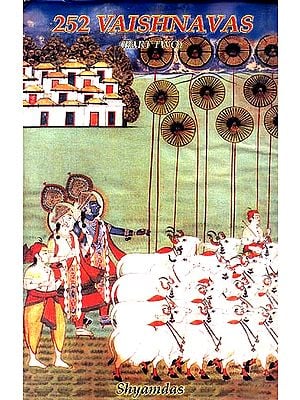 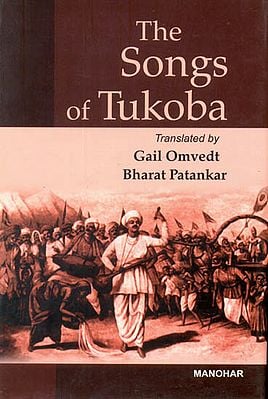 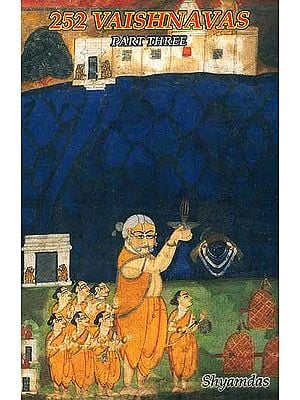 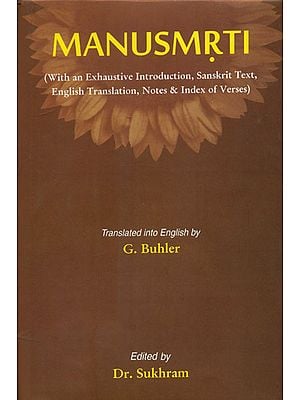