Bliss of Spices (The Essence of Indian Kitchen)

Spices have not only reshaped the destiny of Indian history through the trade routes, inviting many a curious sea-farer with their irresistible flavours, but also recreated the gourmet magic in every Indian kitchen with their distinctive aromas. That the science of Ayurveda heavily relies upon the rules of combination of spices in diet proves beyond doubt that spices are not mere flavouring agents, but they are vectors of healing and wellness.

Bliss of Spices brings to you this veritable essence of Indian cuisine. Drawing inspiration from his grandmother's traditional cooking in India to his time spent as a top chef in New York, the book draws from Vikas Khanna's distinct repertoire. He suffuses a whiff of tradition with recipes like the Rajasthani Okra with Tomatoes and Sesame Seeds and South Indian Tamarind Pulao and goes on to impart a scent of innovation with his contemporary spins on tradition, such as Chai infused Grilled Lobster with Coconut Curry and Cumin-spiced Stewed Zucchini. Topped with sections devoted to every constituent of an Indian meal, including Chutneys and Beverages, and a glossary of ingredients and spices that includes tips on handling and storage, Bliss of Spices proves to be a treasure in Indian home cooking.

The book serves as a subtle reminder of the timeless relationship between spices and food in India, the celebration of which is shaped into the Bliss of Spices; whose fragrance and flavours can only be savoured upon.

Born in India, Vikas Khanna learned to cook from his grandmother and opened his own catering company at the age of seventeen. After apprenticing under the most renowned chefs of India, he moved to the United States in 2000 and has worked his way up to be one of New York City's top-rated chefs. He was named one of Star Chef's "Rising Stars" in 2010 and is currently the Executive Chef of the Michelin- starred restaurant Junoon. Known to many as the host of Master Chef India and FOX Traveller's Twist of Taste, he is also recognized for his humanitarian work with SAKIY, New York Chefs Cooking for Life, and his documentary film series about food and religion, Holy Kitchens. Vikas resides in New York City.

It was this simple line that led to some of the greatest quests and conquests of mankind. It created new routes and also helped in discovering new worlds. Being born and brought up in India, we generally take the use of use spices for granted. As we cook food and gently add the spices the masala dabba (spice box), it's very hard to even conceive that these seemingly harmless spices had once led to fierce wars.

I gently add the cumin seeds to hot ghee(clarified butter) and forget everything else. The earthy-woody-smoky- sensuous aroma of the frying cumin fills the air .... A little addition of mustard seeds to hot oil makes them sizzle; I fondly call it 'the dance of the black mustard' ....

As my grandmother dipped her index finger in a small silver bowl which contained a mixture of milk and saffron and applied it to my forehead, the scent reminded me of the beginning of a family ritual .... The paste of turmeric being gently applied on a bride before marriage, to purify her body and soul .... The instances are endless, the relationship between us and the spices almost seems timeless.

All these spices-the cumin, mustard, turmeric, tamarind, and hundreds more-add a character to our cuisine, to our culture and to our lives.

I take a few moments to just savour the aroma and then continue with my cooking.

Growing up in India is like being surrounded by the exotic smells and flavours of the kitchens, streetcarts, restaurants and hotels. 'Atithi Devo Bhavah' the idea that the guest is like God, is the epitome of Indian hospitality. His service is a form of worship. Thus, serving a guest means serving Him. We ensure that the guest enjoys our offerings with all his heart as, for us, it is like a prasad being offered to the Giver of Food Himself.

As a child, I always loved to sneak into the kitchen to observe carefully what goes on in making this experience so divine. My grandmother, whom we lovingly called Biji, was the person I always looked up to when it came to cooking. She cooked every meal with the most important ingredients of any well cooked food in any cuisine of the world-love and passion. I was fascinated with her cooking, though I was too small to even reach the kitchen counters, where she cooked the meals that would fill the air with the exotic fragrances of the tadkas-the infusion of oil with spices. My interest grew with every day and every season. I would always ask her questions about the magic that was simmering on the stove. Her food was simple and fresh, and it comforted our souls. She was always more than generous, sharing with me the secrets of her simple techniques which had been passed on through generations. Somehow, subconsciously, my food became the reflection of her teachings. Her endless passion for serving the family and friends with her homemade pickles, spice blends, marinated grilled meats, fresh vegetables, fresh breads and everything she could do to make every meal a celebration, has had a lasting impression on my mind. The pleasure of the whole family being there, enjoying not just the food but the experience of eating together, was her only reward. She always said that food is an 'expression of love and care which binds families'. So it is and so it will always be.

At the age of seventeen, I wanted to convert a part of my father's land into a banquet hall. A place where people could celebrate any occasion, large or small and, of course, food would be the focal point. We called it Lawrence Gardens. When it came to food, I followed my Biji's footsteps and kept the cooking simple and fresh.

My mother, Bindu Khanna, became very actively involved in the operations at Lawrence Gardens and led it from the front.

Although it did pretty well, I was not satisfied. My hunger for more knowledge was insatiable, I decided I wanted to be professionally trained. To my surprise, I was accepted as a student at the Welcom group Graduate School of Hotel Administration, one of the most prestigious colleges in the country. It was the first time I was leaving home and my parents. It was strange-on the one hand, I was so excited to discover the world and on the other, so scared to leave home. College was the realisation of the fact that there were many possibilities in cooking food, I would travel anywhere in the country to learn more about regional cuisines, whenever I got a chance. Every time I learnt a new dish, I would go back to Amritsar and introduce it at Lawrence Gardens in an attempt to proffer a new flavour to our guests who were used to the cooking from just one region.

Slowly and steadily, Lawrence Gardens became a popular catering establishment in Amritsar. It gave me the opportunity to develop some of my original and signature dishes, which also made the place unique. The flourishing banquets held there became the training ground for my entire career.

Even with all the success that the city gave me, I felt a need for more knowledge and to apply it on a bigger platform to represent not just my city, but my country at large. It was the summer of 2000 when I decided to go to the United States and give destiny a chance, to create the stage I longed for. This time, I had no fear of leaving home; in fact, I felt closer to my family even as I was leaving.

I still remember the moment that changed me forever. Walking up the subway of 34th Street and 8th Avenue in Manhattan was like suddenly finding a part of me that will make me complete-the last piece of my puzzle was finally in place. The city that reflects the most powerful expression of freedom felt like home and the destination. To discover the way cultures and food could be defined in infinite ways was fascinating.

I was once doing a cooking demo at the Culinary Institute of America. As our discussion progressed, we touched upon the subject of spices and their significance. I remember telling the students, 'What a journey of flavours, what a shift in the world we owe to these little spices. They not only impart taste to the food, but also are a reference to our history'. Indeed, our past-and consequently our present-would have been so different if it had not been for these spices. So, find new ways to incorporate them in your flavours, in your expressions, in your identity.

This was more than a decade ago.

The world is a changed place now, the new mantra being 'One who controls the Internet, controls the world', but the significance of spices and their uses stands unchanged.

Ayurveda, the ancient science of food and life, was the foundation of Indian cuisine. Many of the spices were used in cooking for the holistic and healing powers they impart to food. Many a time as kids, we would be fed a heavy dose of a spice mixture as a healing medicine. Our ancient scriptures, like the Vedas, specify the uses and benefits of spices, as also their importance in rituals. The history and culture of Indian spices is probably as old as civilisation itself. The Vedas, the Bible and the Quran are all replete with references-direct or indirect-to spices. The earliest literary record in India on spices is in the Rig Veda (around 6000 BC) and the other three Vedas-Yajur, Sama and Atharva.

All my life, I had one question-'Why are these spices so prized?' This simple question led me to a journey that was nothing like that of Vasco da Gama or Christopher Columbus, yet it was just as rewarding. From Amritsar to the USA and all the way back-it took me quite some time to realise that the answer to my question was back home in India. Memories and experiences came together seamlessly, as I tried to understand why spices are so precious; not only do they magically transform the food we eat, in our minds, they create a web of relationships which accompany us throughout our lives.

As I walked through the golden mustard fields of Punjab, on one of my trips to India, I gently opened the mustard seed pod to find the most well aligned symmetry in nature. The tiny, round, golden-brown seeds are the foundation of many regional cuisines and the essence of mustard oil; they sizzle and crackle when added to a hot wok, releasing their characteristic pungent taste and aroma. 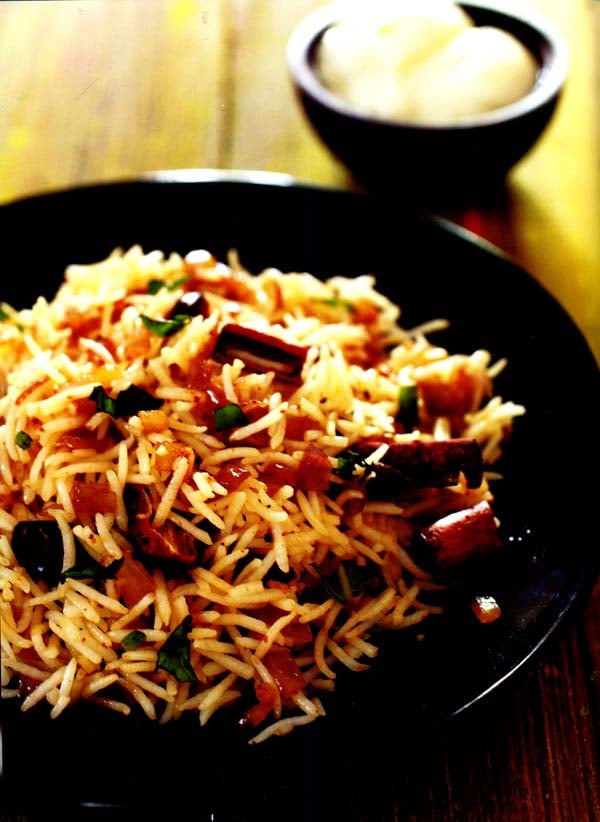 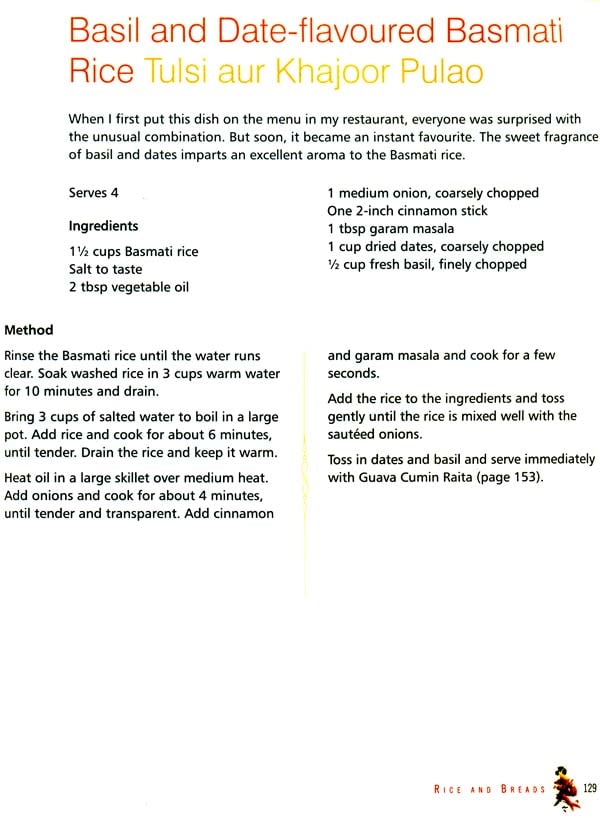 Indian Food - A Historical Companion
By K.T. Achaya
$39
Out of Stock The Writer's Feast (Food and The Cultural of Representation)
By Supriya Chaudhuri and Rimi B. Chatterjee
$43
FREE Delivery