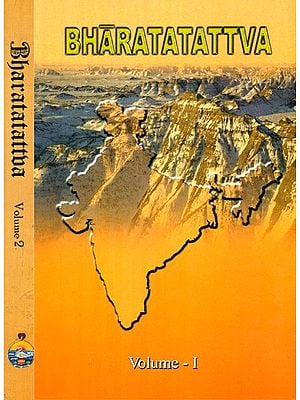 Fully insured
About the Book
Bhratatattva or Indology in English terminology is the Study of India in her various aspects-literatures, history and above all her sublime philosophy. It is the knowledge of the age-old cultural tradition of India. In modern connotation, of course, the study includes the language, folklore, customs and traditions of different regions of India. So the term is used in a wider sense now than before.

The aim of Indo logy is to investigate whatever is rare in the fabric of Indian nature, to provide new observations and discoveries, to trace the annals and traditions from time to time, to examine the improvements and methods in mathematics, mechanics, optics, astronomy and general physics, systems of morality, grammar, rhetoric and dialectic, skill in medicine and advancement in anatomy and Chemistry.

Preface
The present edition of Bharatatattva is in more than one sense an effort at a purposive revision-both in content and in form-of an earlier text of the same title. The text in its original form already made a great impact on informed readership and also provided perhaps the first ever standard work on Indology for students of the subject. It was intended to offer a panoramic and yet an in-depth survey of the rich and multifaceted heritage of Indian culture over the ages. The objective remains the same in the present volume though the approach and the arrangement of the contents have undergone some significant changes.

Keeping in view the growing demand for this kind of work, an improved and more streamlined version was considered to be necessary. Accordingly, much of the old materials have been recast and substantial addition has also been made in terms of new contributions dealing with recent developments in the field. As a result a more compact and well-organized edition has emerged. We do hope and believe that this will receive the appreciation it deserves of those who are pursuing Indology as a subject of study at an advanced level. Even beginners and general readers will find the revised edition useful.

to bring out the Handbook. We also extend our thanks to some of the students of Indology who have helped in publishing the volume. Our thanks also go to Sri Kaushik Kundu who has designed the cover page.

Introduction
It is a matter of great pleasure to see the new edition of Bharatatattva come out within a short time since its first publication. This gave us an opportunity to engage in some serious thinking about the way the existing materials could be better organized. In their original form the materials grew from the lectures delivered during the first two academic sessions of the Indology Programme of the Institute. Subsequently with regular inputs coming from the reading corpus it seemed that apart from classroom learners there is a wider readership interested in the subject and that they have been looking for a more useful yet handy reference book on various aspects of Indology than the first learners of the subject need.

Keeping this encouraging fact in view, initiative was taken not merely to revise but also to upgrade the contents that would be part of the new edition. Apart from streamlining the contents, it was also felt necessary to include a few new chapters to fill the perceived gaps in the earlier edition. In the process, it was possible also to incorporate some of the recent findings in the ongoing researches in the field. Scholars, specialized in various branches of Indological studies, were approached and they readily contributed valuable papers to enrich the collection now being presented in an enlarged volume.

Essentially, the novelty of the present edition consists in the approach that has been adopted in re-writing, re-arranging and replenishing the materials, while also substituting a few.

The approach now adopted is neither too broadly nor too narrowly focused. It seeks to take a holistic view of the growth and rich variety of India's cultural achievements, spanning centuries of a nation's history spread out over a highly differentiated cultural milieu - history that is not only recorded but is still under scholarly investigation. Evidently, it is not possible to incorporate all these developments in the space of a single volume. Nonetheless, care has been taken to see that the fundamentals of India's great heritage get enshrined while also registering the major observable trends of subsequent periods. Due importance is also attached to the achievements at the regional levels so that the mainstream positions do not obscure them.

We are grateful to all the eminent scholars who have so graciously joined in our effort to prepare a standard reference work on Indology. Personally, I have derived considerable insight into the subject while associated with the editorial work, for which I am grateful to the Ramakrishna Mission Institute of Culture. 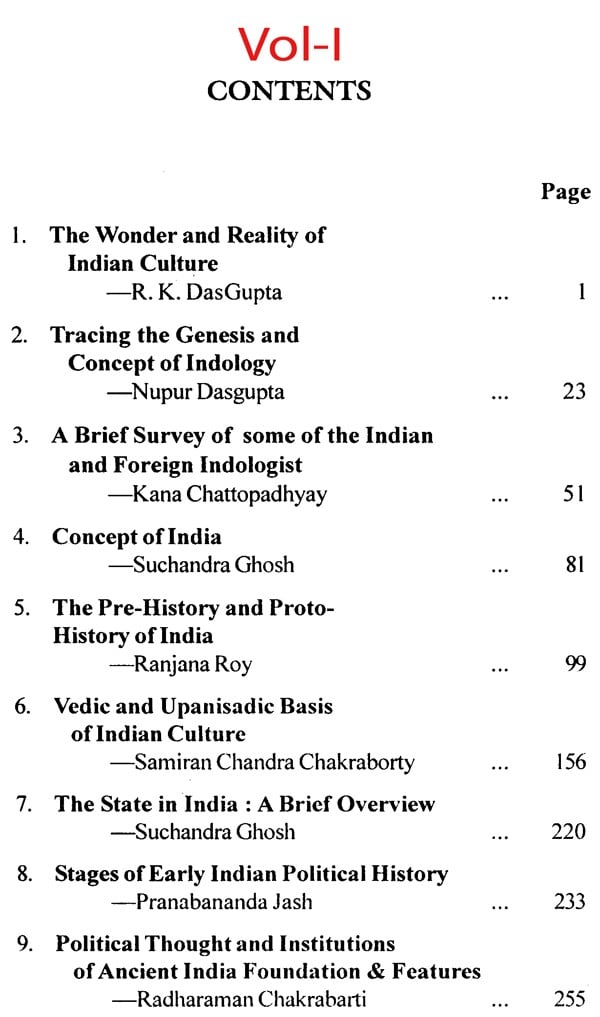 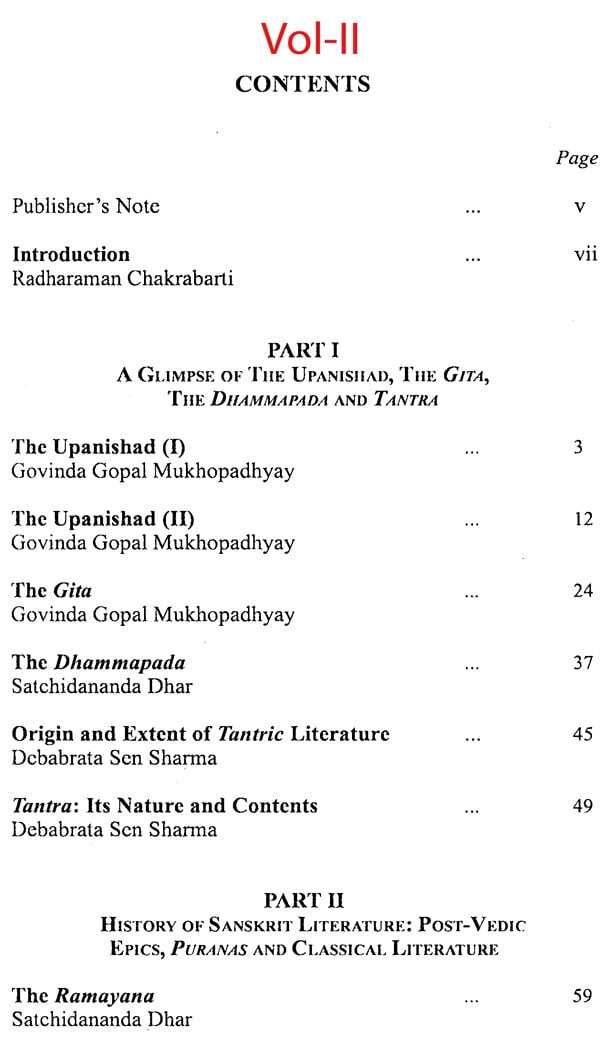 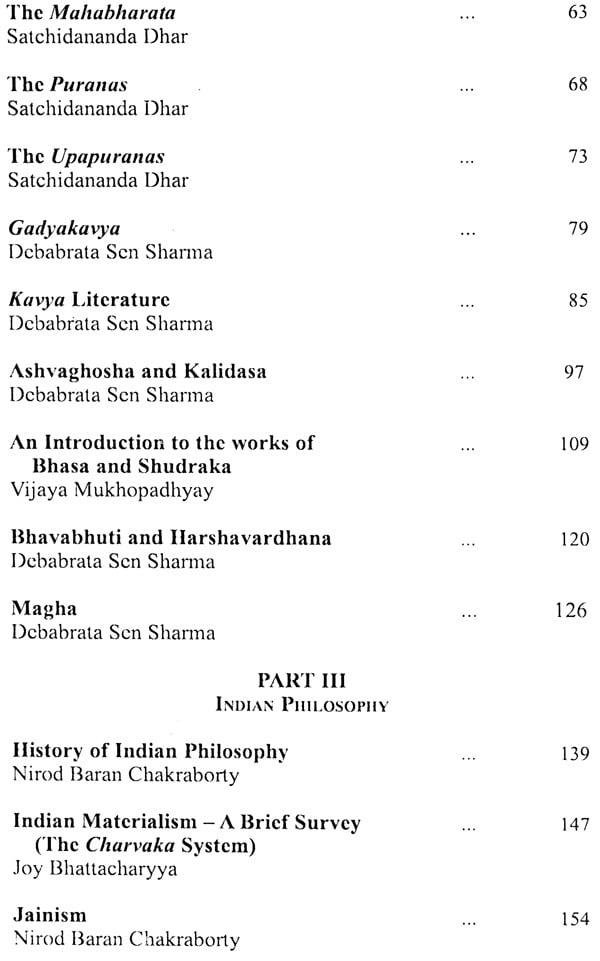 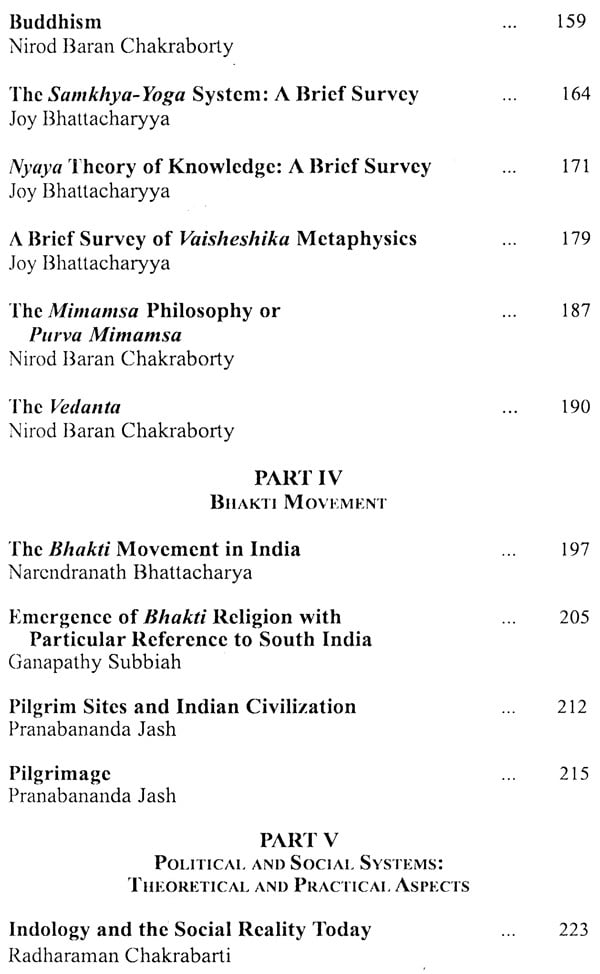 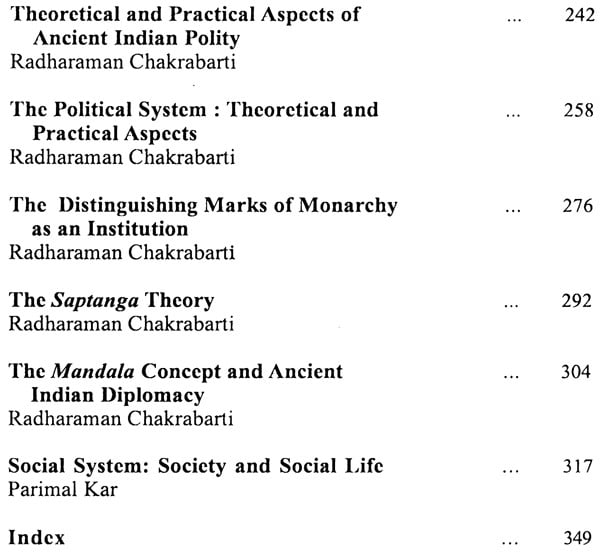 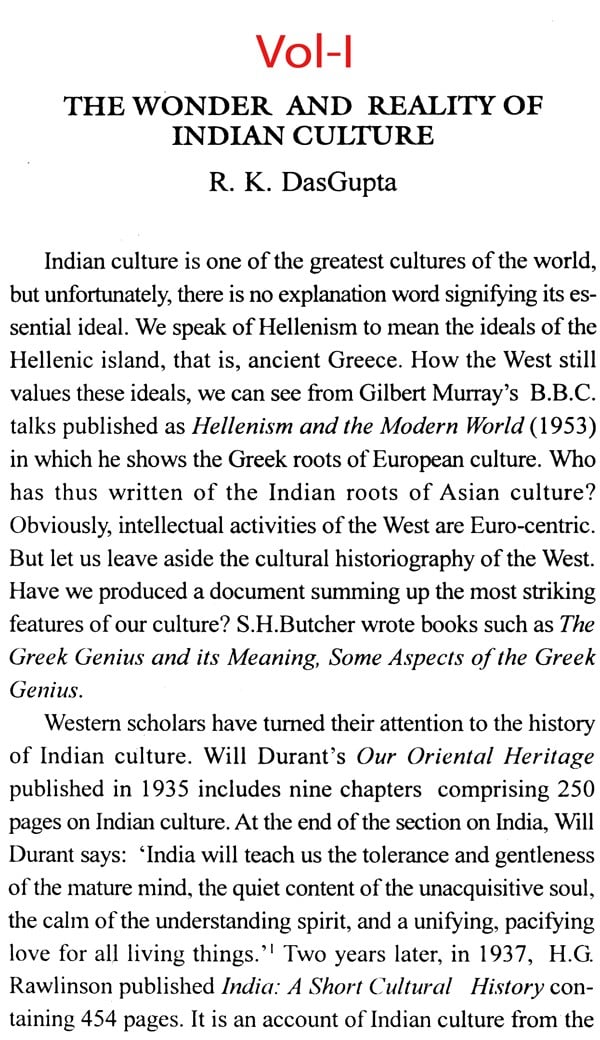 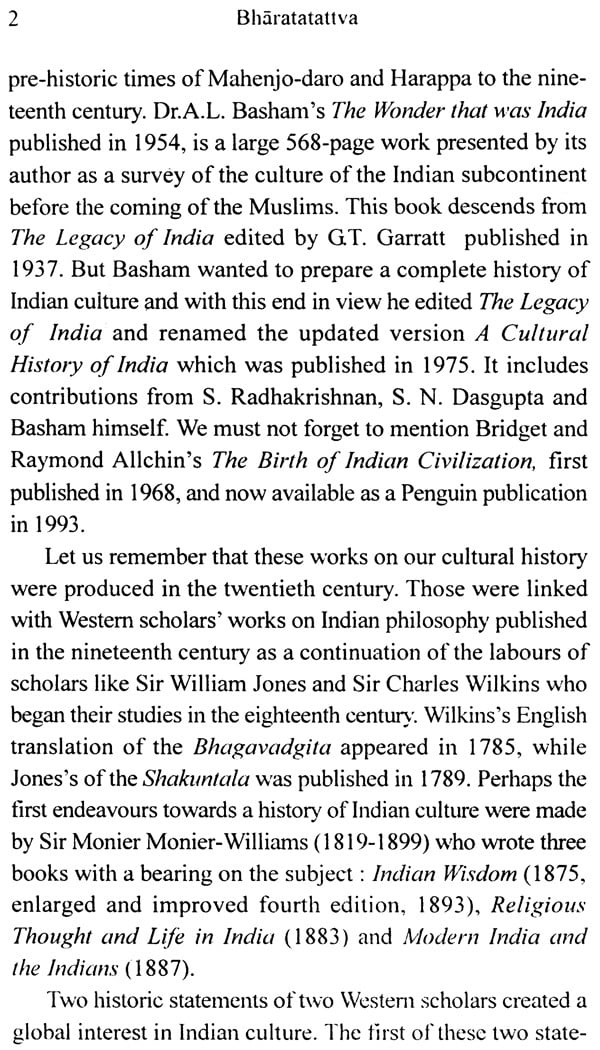 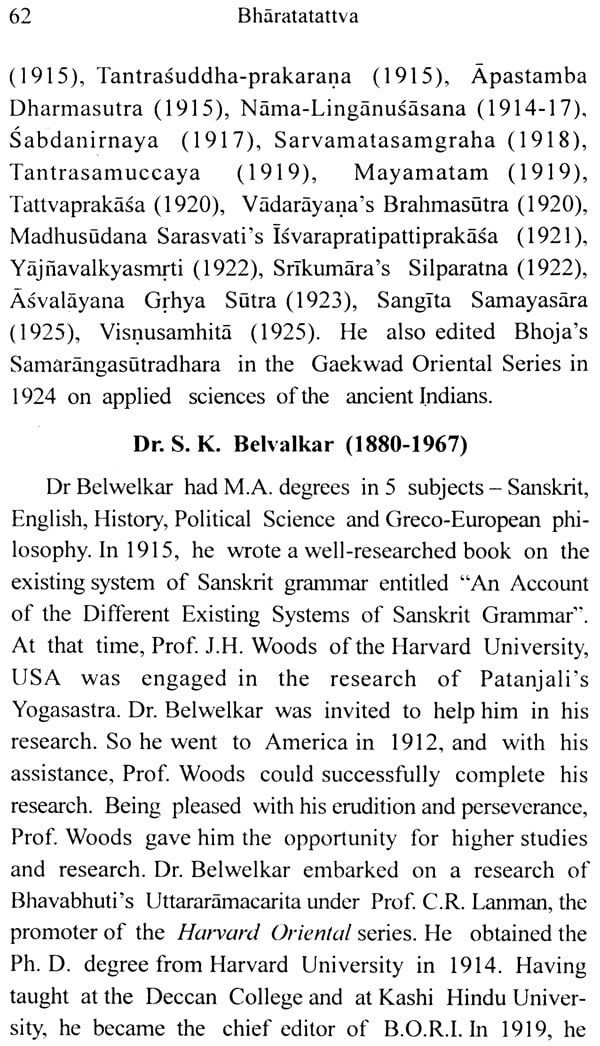 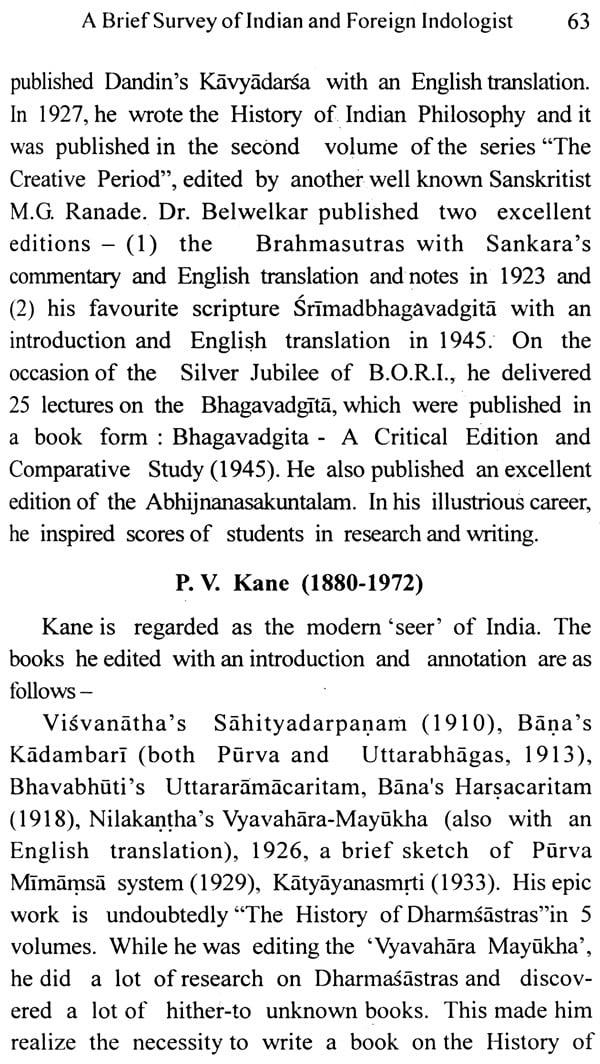 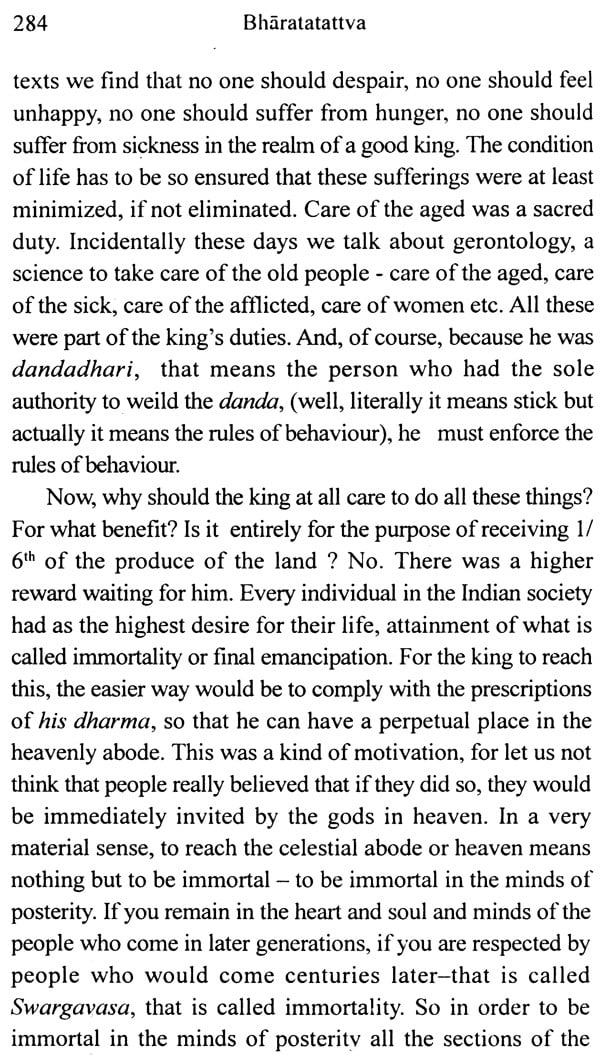 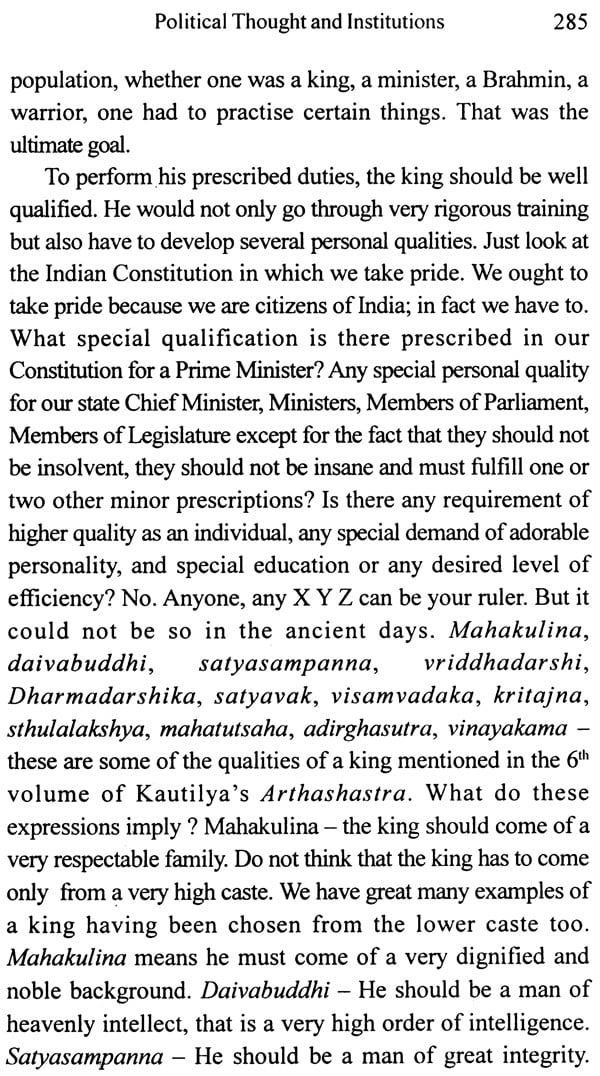 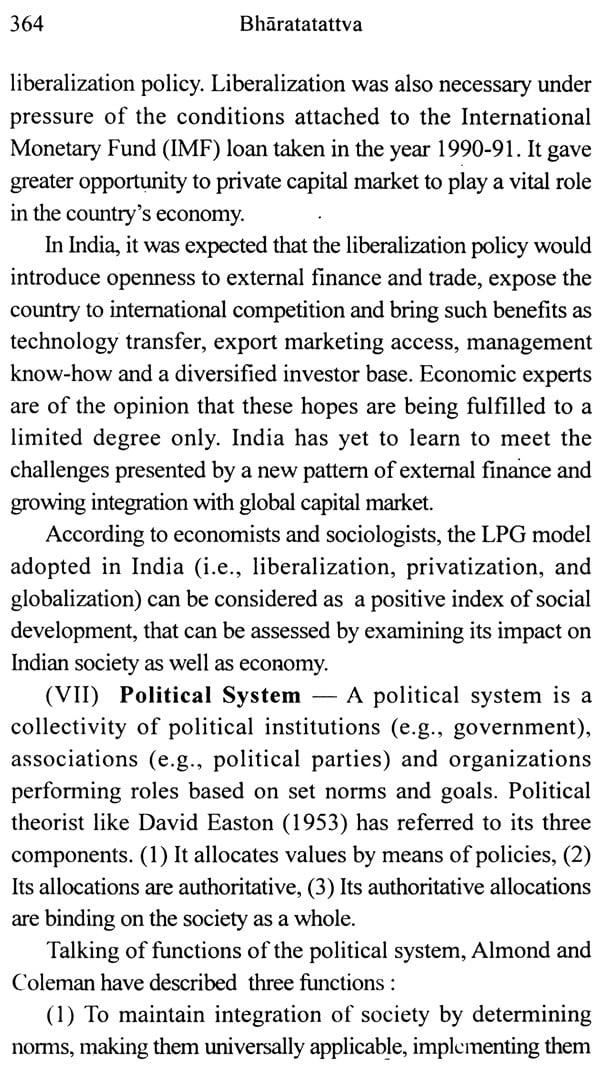 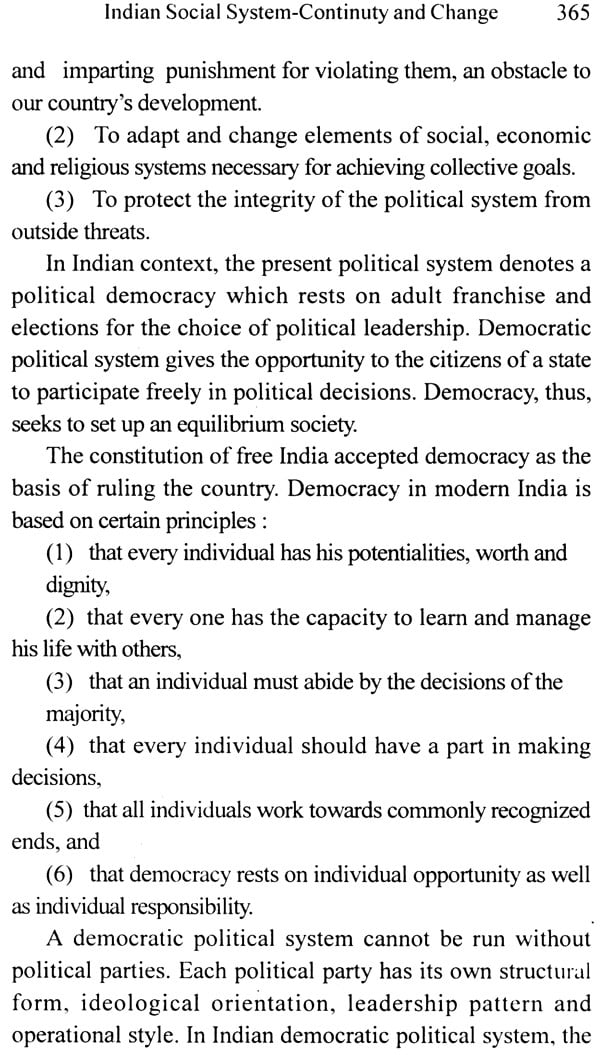 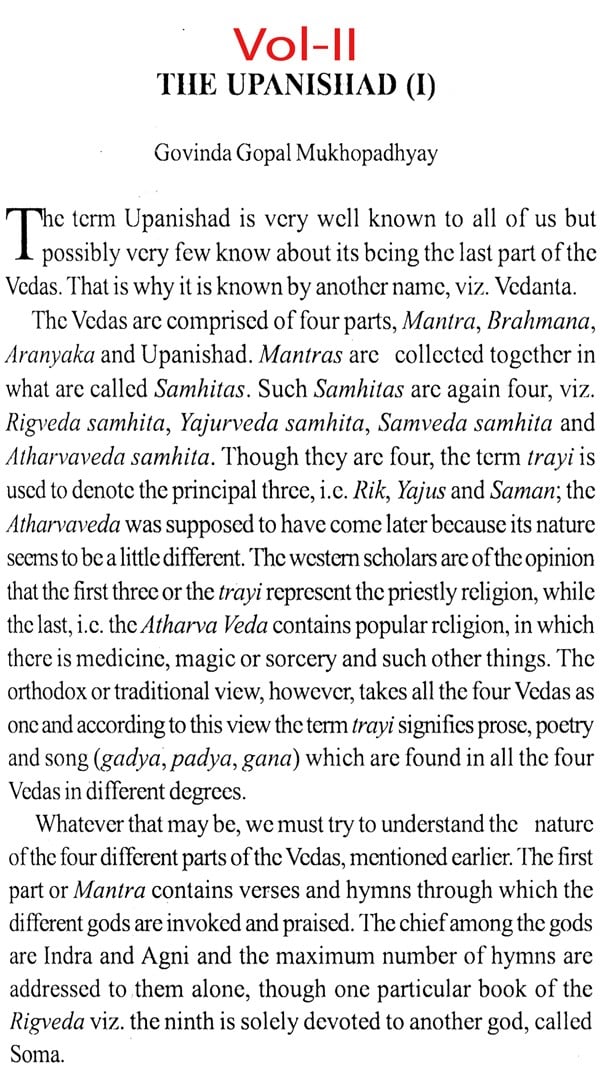 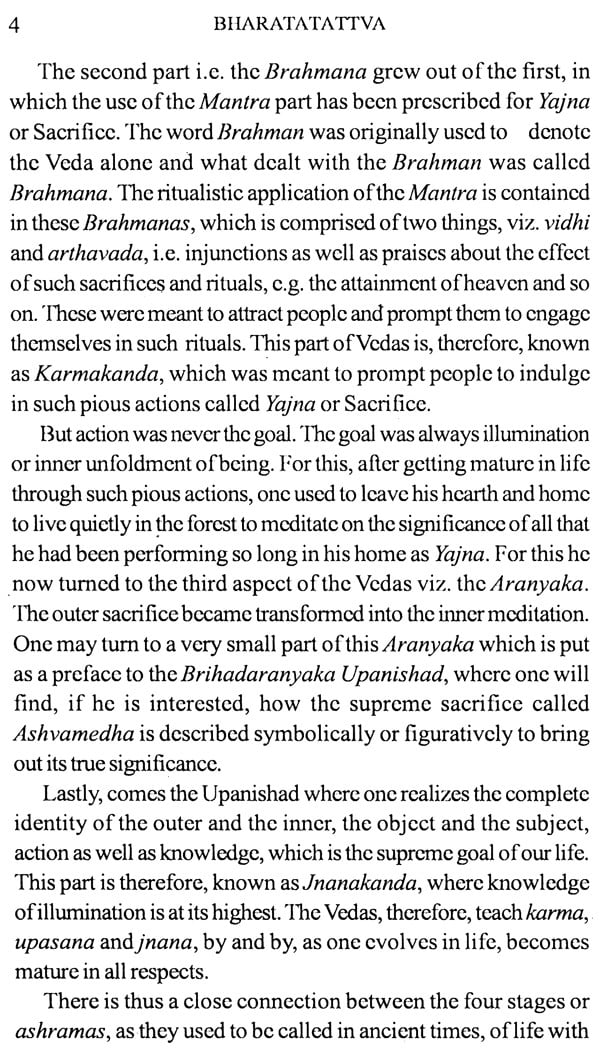 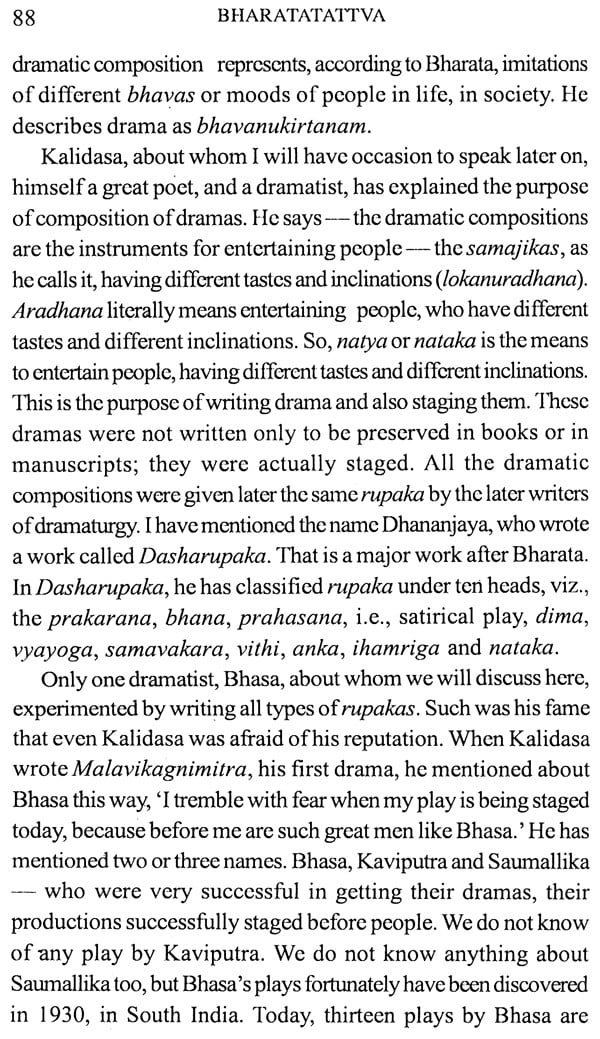 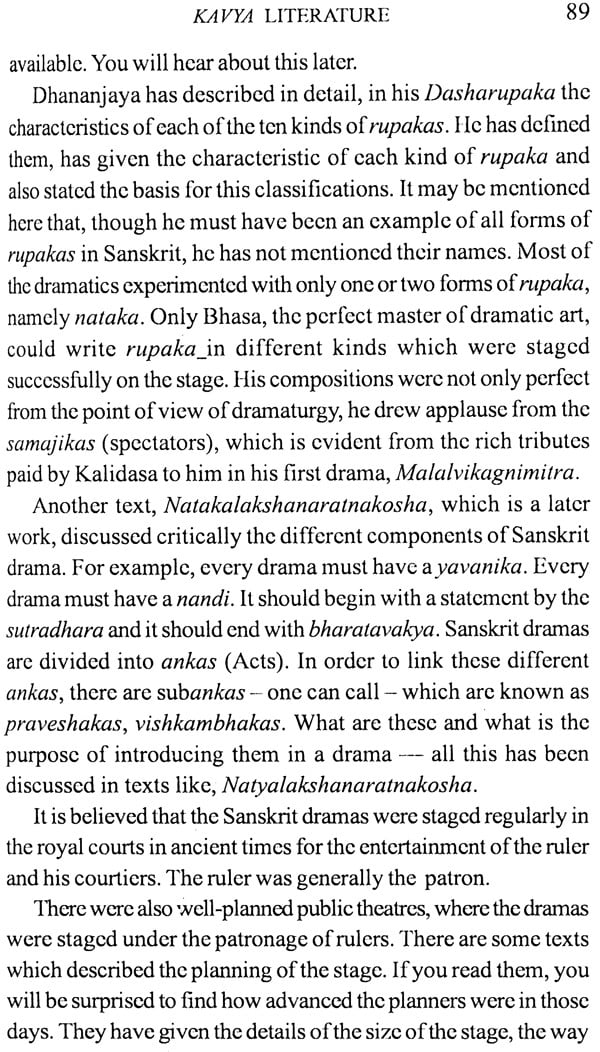 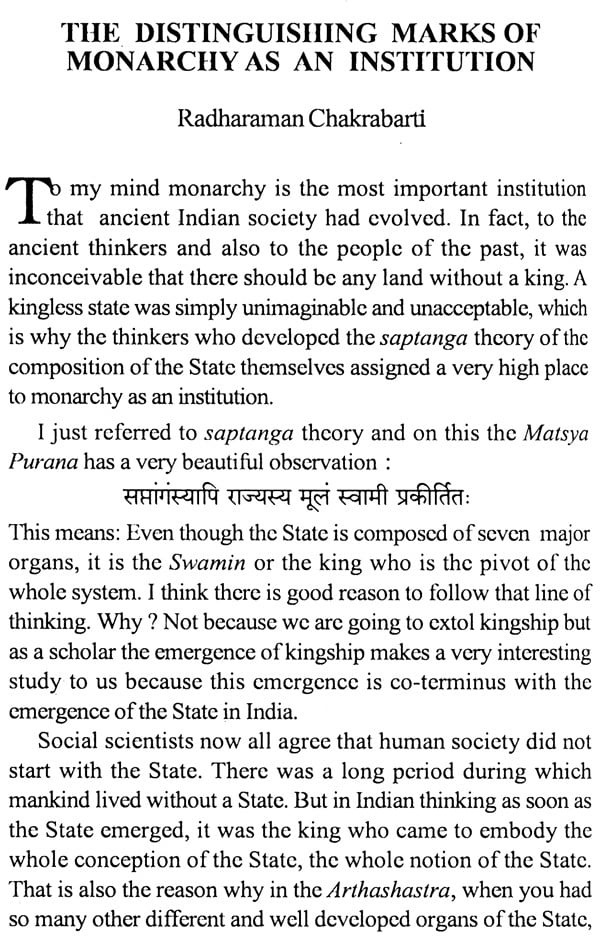 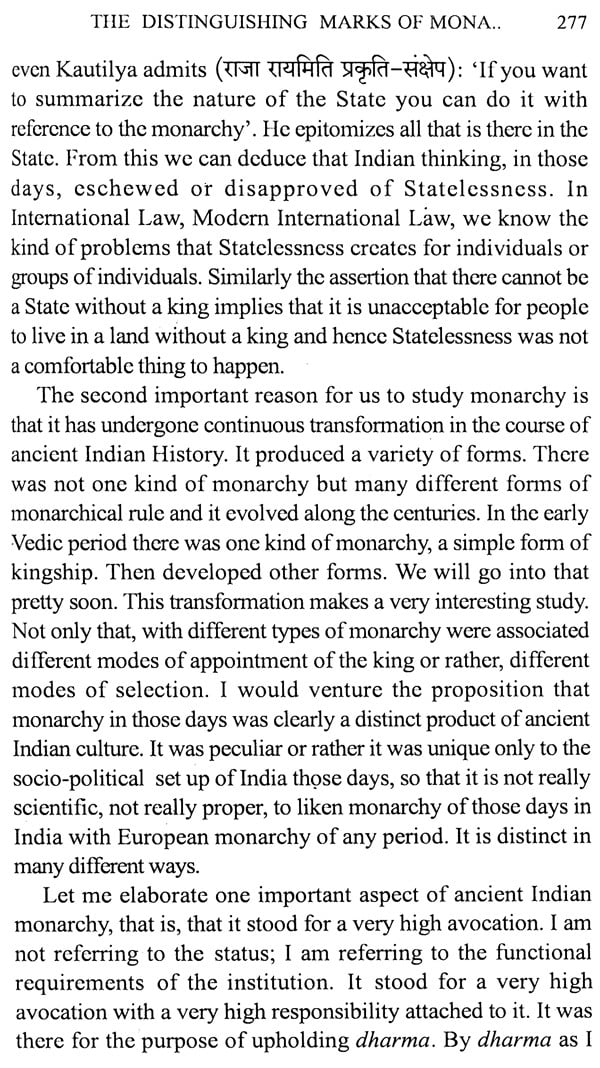 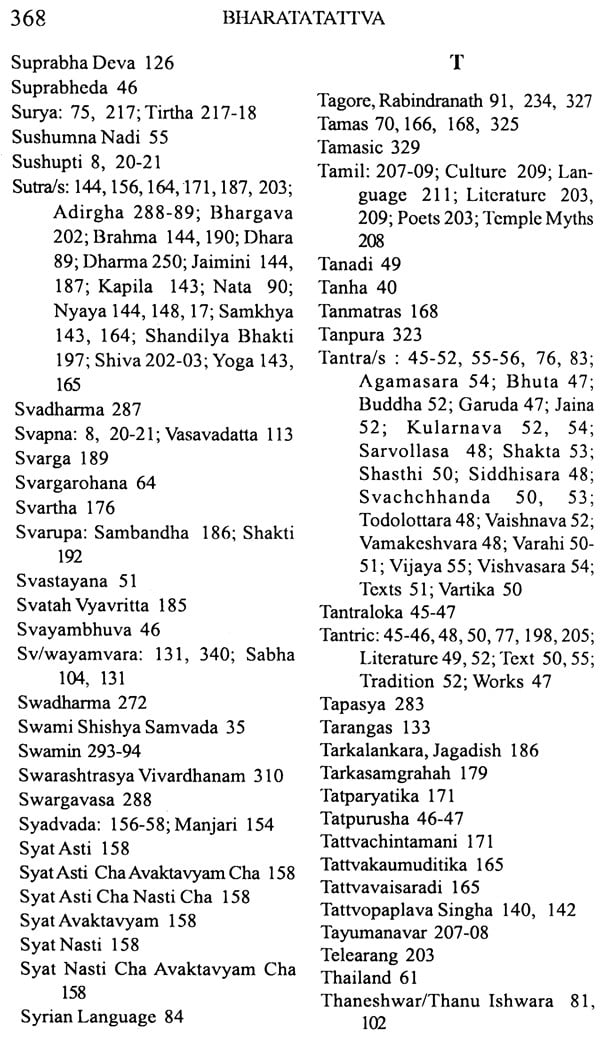 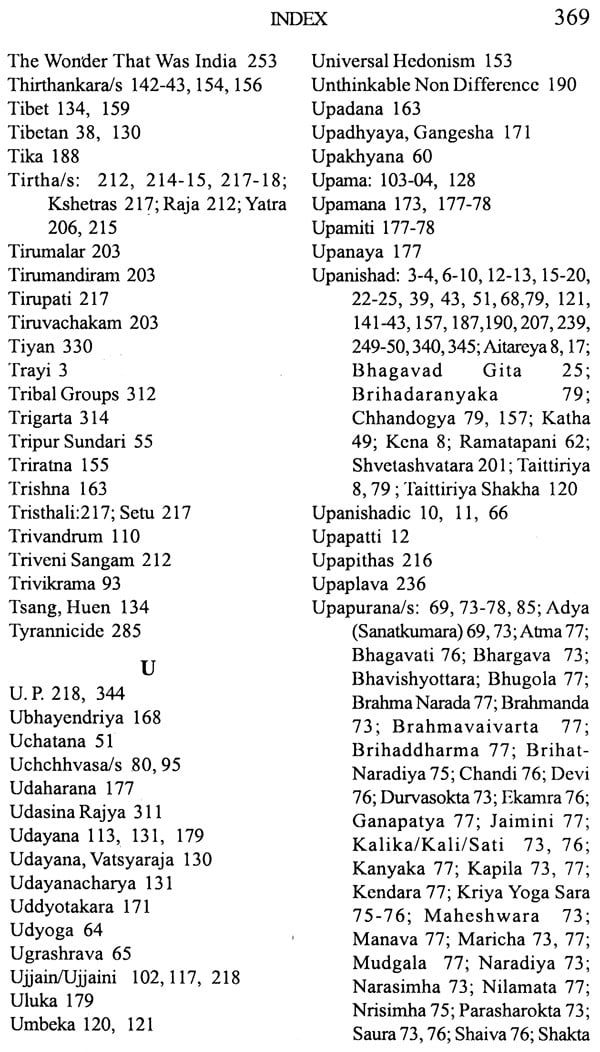