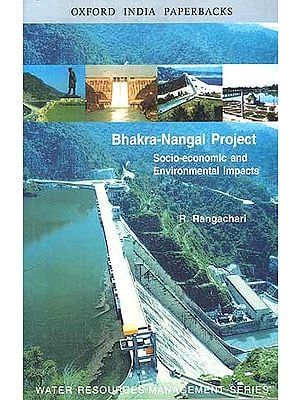 23 years in business
From the Back of the Book:

Large dams initially conceived of as 'temples of modern India' in the Nehruvian era came under increasing criticism in the later years due to social and ecological concerns. This book is an in-depth study of possibly the most well-known multi-purpose river valley project in north India, the Bhakra-Nangal Project. One of the first scientific performance-analyses of a completed project in India, it examines how far the stated objectives of the project have been fulfilled. The volume studies the identical and indirect consequences of the dam including its synergetic impact ant the 'green revolution'; increased food production and productivity in the area; and the displacement and rehabilitation of people from the areas submerged when the dam was built. Informative, yet written in an engaging manner, this volume will interest environmentalists, water management experts, activists, bureaucrats, policy planners, and an informed general public.

R. Rangachari is Honorary Research Professor at the Centre for the Policy Research, New Delhi.

'A useful study on the history of irrigation, power and development in modern India in the context of the [Bhakra-Nangal] dam.' - M.N. Murthy, Professor, Institute of Economic Growth, Delhi

'An impressive work on the most significant project in water resources development in India. a welcome step for every one with a quest to know more about the debate on dams. In fact, it goes a little farther and will benefit researchers since it also provides a good deal of reliable, technical data.' - M. Gopalakrishnan, Secretary General, International Commission on Irrigation and Drainage.